The final installment of last weekend's trip to the Loch Lomond area. Having driven over from Loch Arklet to Glen Douglas the previous evening, I slept in the car and planned to make an early start on this pair, hopefully followed by Beinn Dubh later on. It rained all through the night and was still unpleasant in the morning, but as I'd made the effort to get here rather than go back to Glasgow the previous evening, I thought I'd stick to the plan. Maybe it would brighten up

Douglas.gpx Open full screen  NB: Walkhighlands is not responsible for the accuracy of gpx files in users posts
West along Glen Douglas from Invergroin: 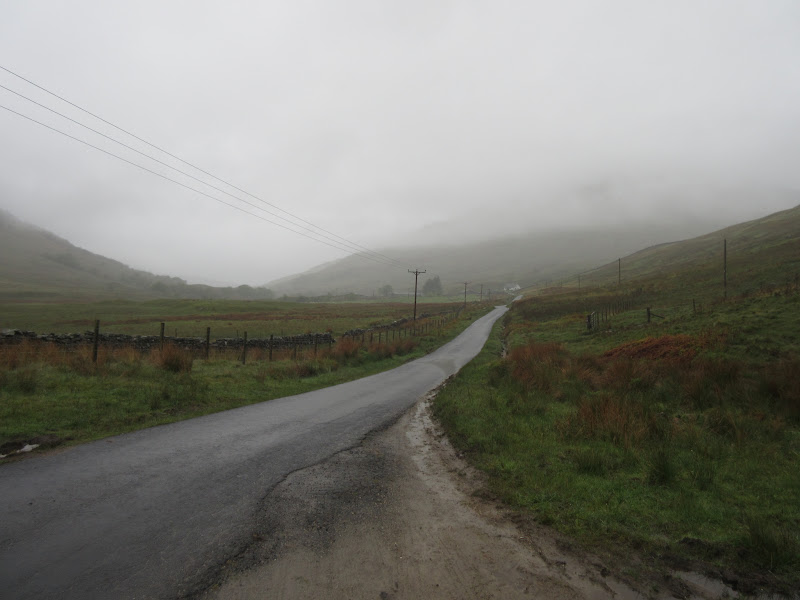 The parking area is a little east of Invergroin, but I just followed the edge of the forestry plantation up rather than walking along to the house. The rain had eased but there was nothing to see. At one point a rather eerie ferry announcement from the cruiser at Inverbeg drifted up.

On the summit, the rain came back with a vengeance. I had fancied this as a morning walk as the best light would be on the Arrochar Alps then, and Beinn Reoch would probably be the best place to see them from. With no views, I decided to miss out Beinn Reoch altogether and get this over with as soon as possible. A steep downward traverse took me through An t-Sreang, where a combination of the low elevation and drifting clag made Tullich Hill look massive. As well as the rain, the wind had now increased. Great!

A weave up through potentially interesting crags took me onto the plateau and to the summit cairn. There was a hint of a clearing here, and suddenly I could see down Loch Long. Views of some description remained for the descent of the grassy south ridge, including of the extensive MOD enclosure on the other side of the glen (missing from most maps). 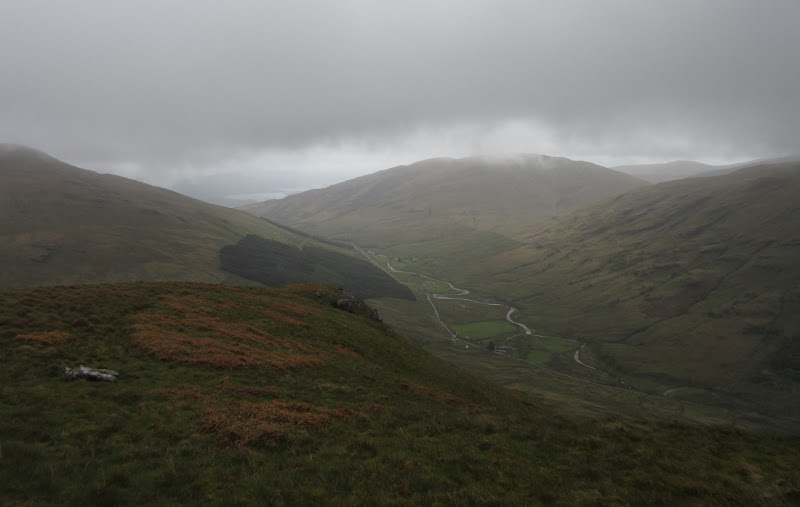 Across to the MOD depot in Glen Douglas: 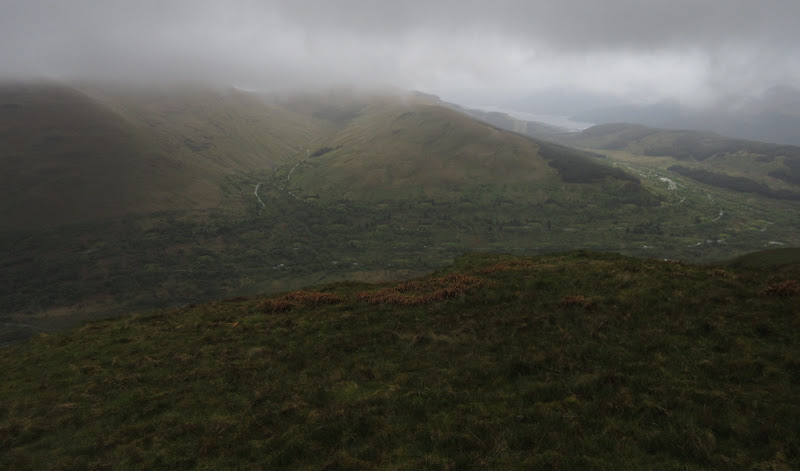 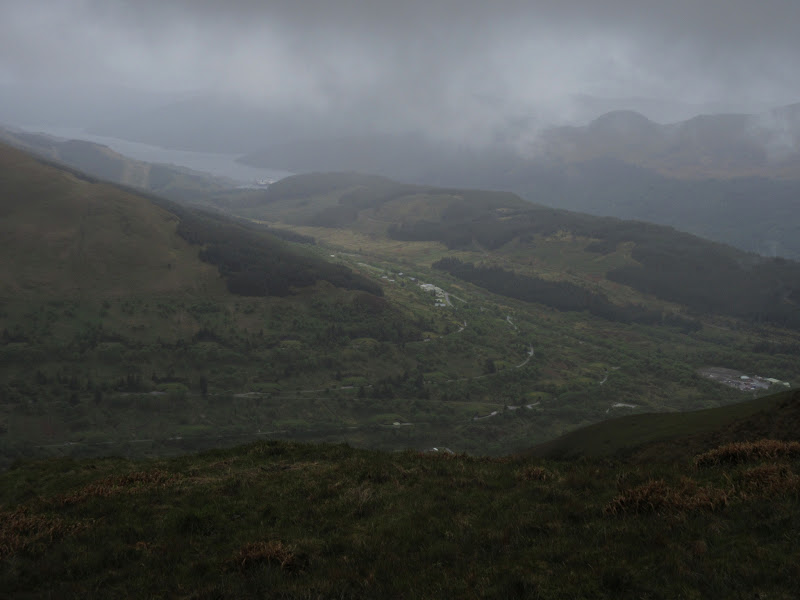 I was down at Invergroin shortly after 10am and back at the car a few minutes later. Although now clear, an ascent of Beinn Dubh would probably take me past my lunchtime deadline. It still didn't look great anyway and I was soaking. Instead I drove down to Luss, dried off and got changed in the public toilets, had a coffee and threw out a weekend's worth of accumulated rubbish from the car. As I drove back into Glasgow, the sun came out

Great weekend, rubbish ending. If you've just read all of this report, apologies for wasting your time

I did these hills in nice warm weather, but underfoot was very wet. Can only imagine how crap they would be in those conditions.

Oh, and I liked your Ben Venue report. I've actually asceneded that shoulder to the summit

hmmm - all you mad baggers are the same....out in all weathers just to get some ticks

can't see me ever doing that sort of thing

Well that's a bloody miserable ending Malky, though I confess I still enjoyed reading it. Had a good hill drenching myself recently and it reminded me of home

I'm sitting in a cottage on Arran with sunburn reading this