My first munro since injury problems struck in March. I think Carn Ghluasaid is often climbed with Sgurr nan Conbhairean and Sail Chaorainn but I decided to do it on its own, not wanting to push myself too hard after my injury. I will leave Sail Chaorainn and Sgurr nan Conbhairean until a later date and probably now climb them from the north (looks like they could be linked with A Chralaig and Mullach Fraoch-choire in a big horseshoe over a weekend combining a wild camp with a stay at Alltbeithe) . 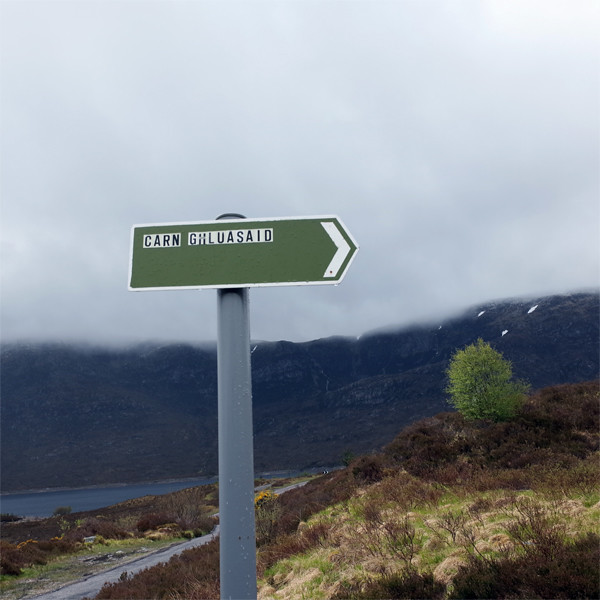 Looking back over the 'delightful' path

I think the WH route describes the land rover track up to Carn Ghluasaid as a "delight". I wouldn't go so far as to call it that. After the recent heavy rain it was quite a bog trot really. Straightforward though and no navigation difficulties. The summit of Ghluasaid is broad and flat and from the first cairn I couldn't see the true summit in the snowy clag so I walked north on a bearing until it suddenly appeared. The summit is right next to cliffs that fall away steeply into the corrie. Care is needed on this summit in poor visibility and in winter conditions. 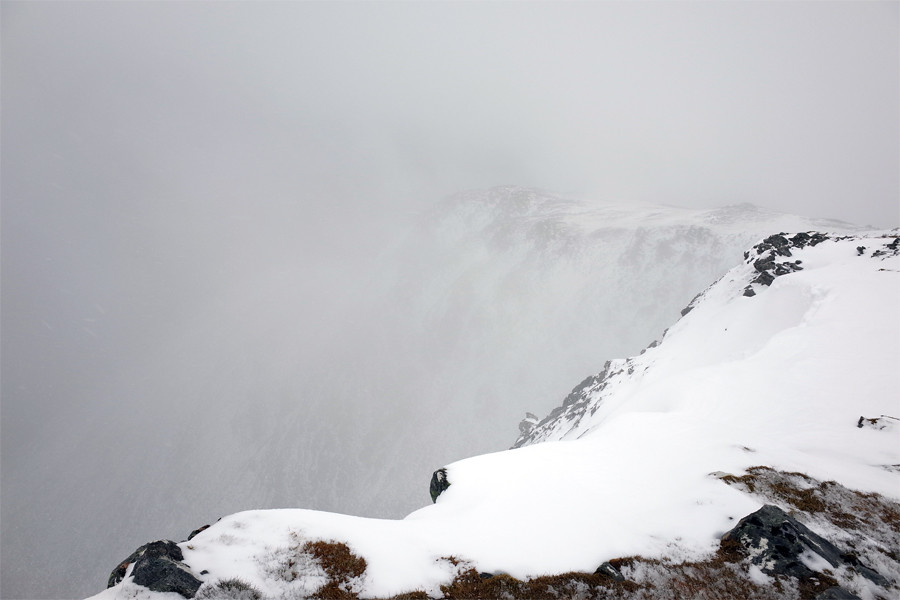 Welcome to summertime - peering into the corrie from the summit

Being pelted with wind and fresh snow crossing the summit I couldn't believe that this was the first day of 'summer' in the calendar. Felt more like December! Returning to the car park at Lundie it was good to finally have another munro under my belt after two "munroless" months. Best of all was the descent being pain free. Such a relief after March's disappointment. 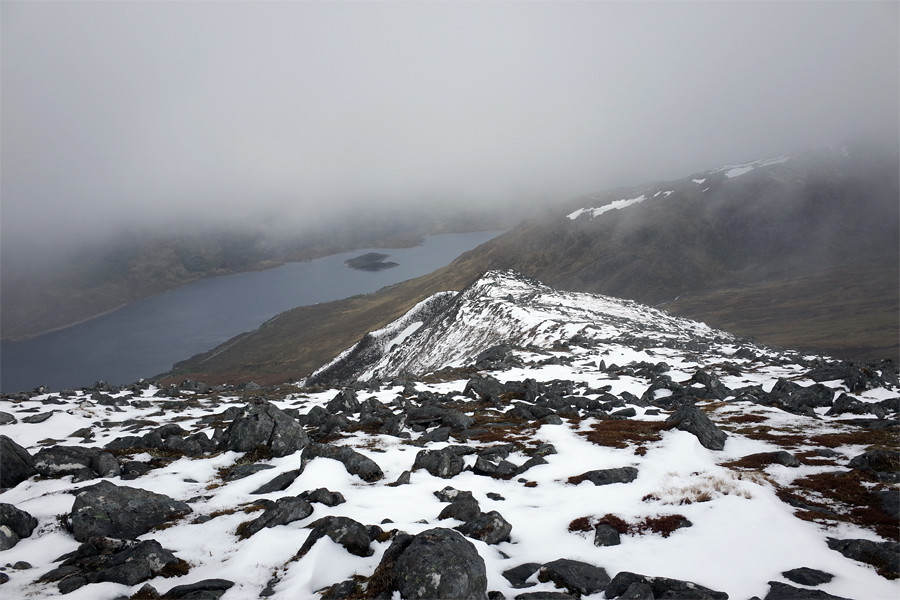 Most folk will still probably choose to climb this with the other 2 munros to the north but for anyone looking to pick off an easy-ish munro in a half day in Kintail, Carn Ghluasaid is a good bet. 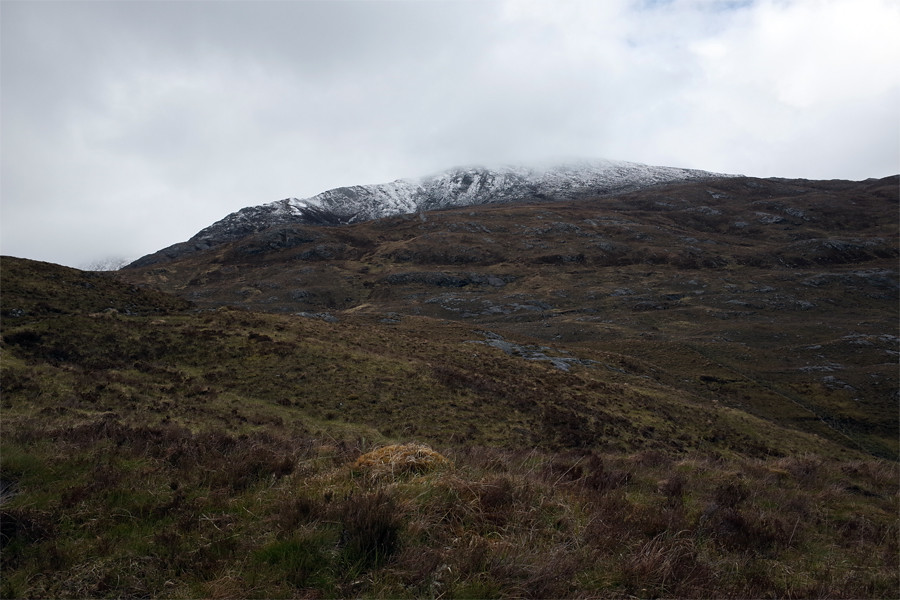 ghlusaid.GPX Open full screen  NB: Walkhighlands is not responsible for the accuracy of gpx files in users posts