Having spent the last few weekends enjoying the fantastic weather we’ve been having down here on Dartmoor and getting plenty of ‘tor bagging’ in, I decided that it was time to go to the north of the moor and walk up to High Willhays & Yes Tor. 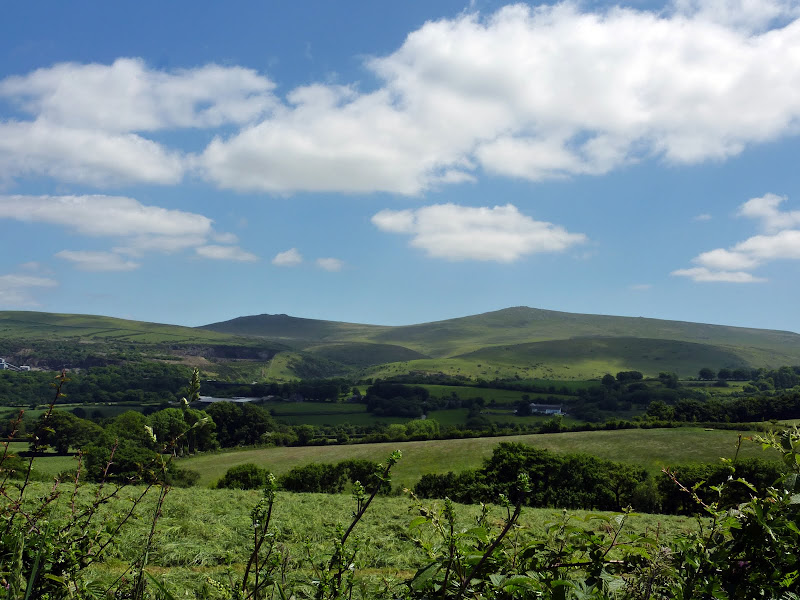 Unfortunately Dartmoor walkers have to share it with the military who have three extensive ranges that cover large swaiths of the moor. When the military are ‘live firing’ these areas are out of bounds. High Willhays and Yes Tor lie well within the Oakhampton Range but there were no restrictions in place for the planned walk. The plus side of having a military presence is that they have laid proper tracks onto the moor that the public are allowed to drive on when there are no exercises in progress. These allow access to some of the deeper parts of the moor which are normally hard to get to. We drove up to Oakhampton Camp and then along one of these metalled tracks and parked close to Rowtor.

First we walked over the top of Rowtor and joined a stone track which led us up a gradual climb of around 500ft until we came to a boundary stone which marked, for us, the end of the track and the beginning of the climb to the top of High Willhays. The summit cairn was clearly visible about ½ mile away… a simple climb we thought.... 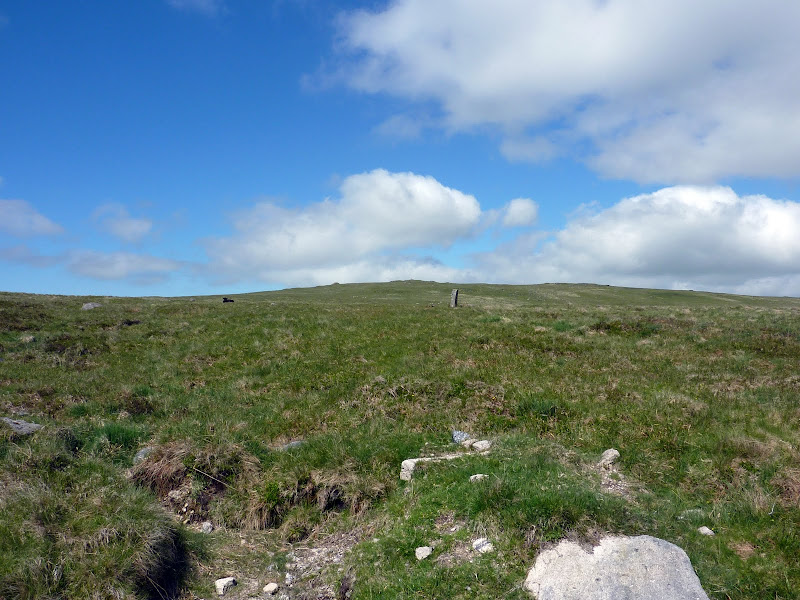 Dartmoor is well known for it’s bogs and mires. Arthur Conan Doyle based his ‘Grimpen Mire’ from Hound of the Baskervilles on Fox Tor Mires situated in the middle of the moor. There are various horror stories and legends about these bogs however the one true fact is they can be dangerous if you don’t know what to look for and what to do if you find yourself in one. Within the world of bogs, the most dangerous is the infamous ‘Quaker Bog’ which is normally an innocuous round patch of what looks like bright green grass, however it’s actually a bed of sphagnum moss floating on the top of peat bog and known to be between 4-8ft deep. If you step on it, the moss quite rapidly starts to sink as does your feet, the more you struggle, the faster you sink. You learn something everyday!

As we crossed the ground between the stone and the cairn the ground quickly became soggy which was a surprise as I really didn’t expect to find too much bog after it had been so dry lately. Before long we were right in the middle of a bog that seemed to stretch for quite some distance. My wife has a bit of a thing against being stuck in bogs ever since I managed to get her up to her knees in one the very first time we went walking on the moor together… needless to say there was an uncomfortable silence where I just knew I should just keep my mouth closed!!! Carefully we picked our way through avoiding numerous ‘quakers’ and eventually managed to hit the relatively firm ground of the final slope to the top. A bit of a scramble, huffing and puffing and we were there, stood on the highest point in Southern England. 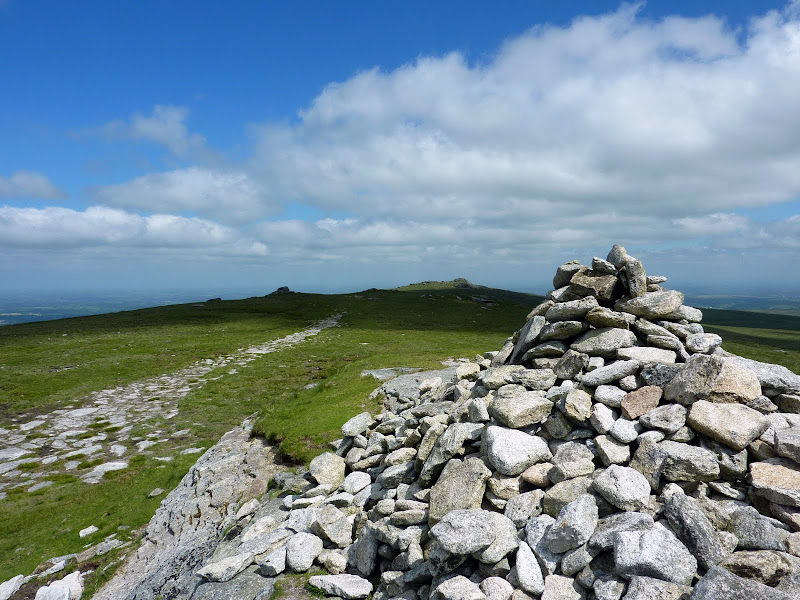 The summit cairn on High Willhays 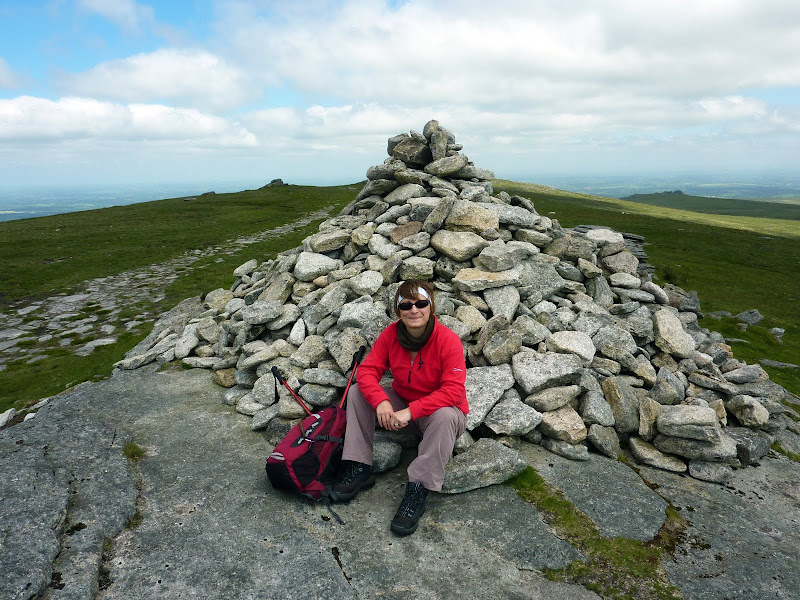 My wife on the top of High Willhays

The views were just spectacular and there was very little wind on the top (which is unusual for any place on Dartmoor!) We spent ½ hour on the top, taking photos and just generally enjoying the sun. Then we crossed the small plateau that links High Willhays and Yes Tor and within a few minutes we were on the top of Yes Tor. 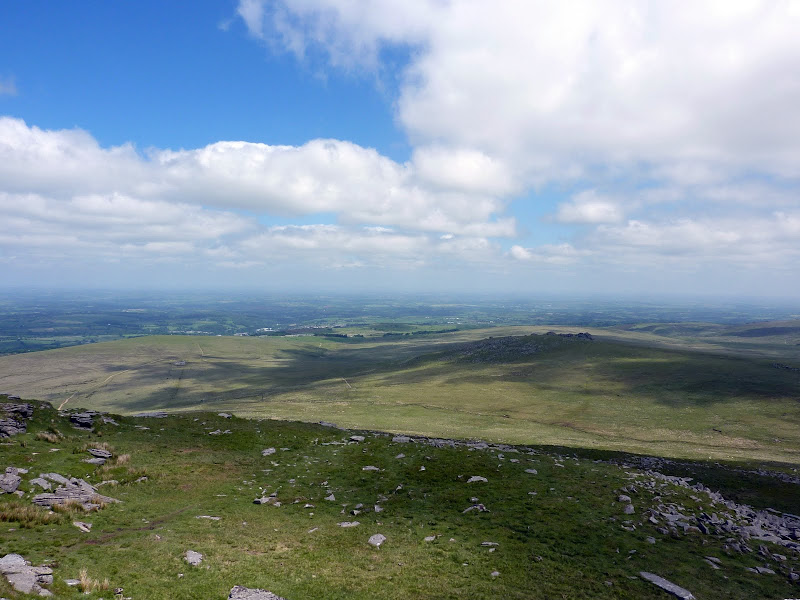 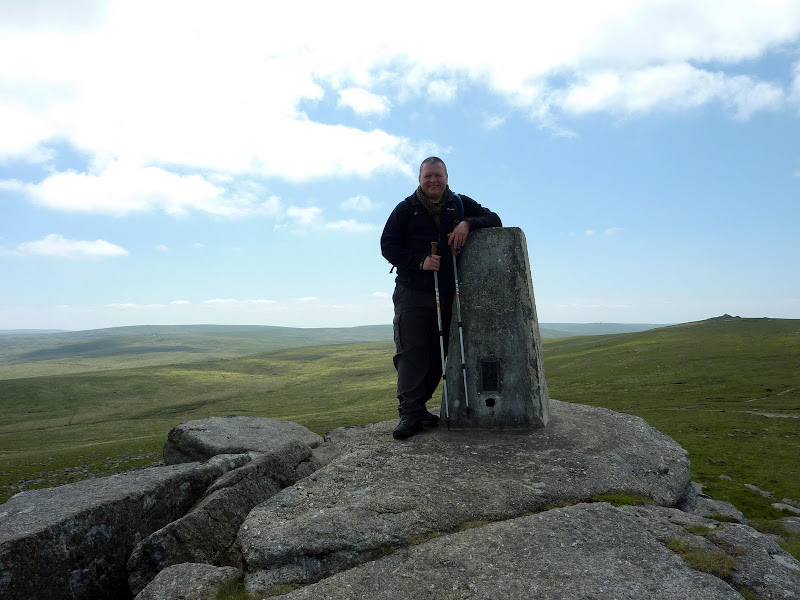 A few more photos and the ‘trig point shot’ and we decided to start winding our way back via West Mill Tor (with it's impressive & imposing summit). 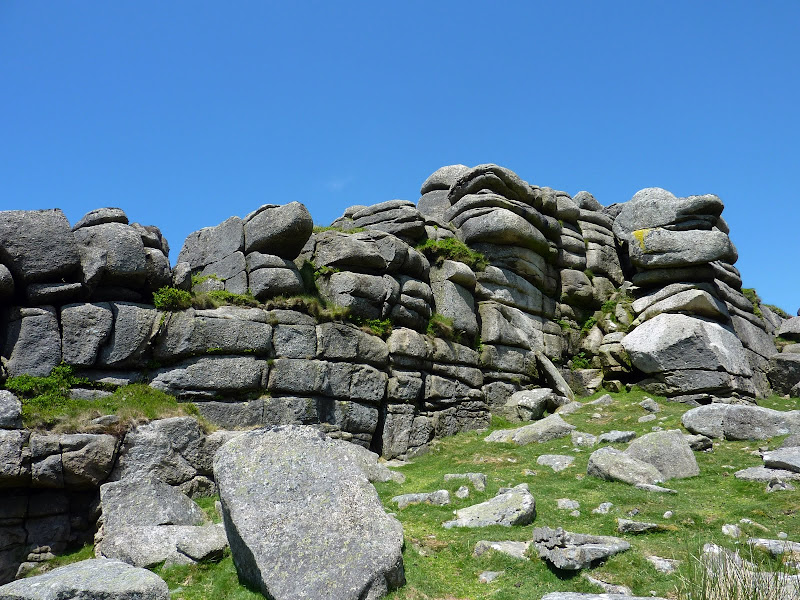 It was a nice little walk made even better by having such nice weather. Dartmoor doesn’t compare to the Lakes or the Highlands, however it's beautiful in it's own right. I love Dartmoor and presently we are engaged in climbing every named tor and hill on the moor (of which there are 304)… this walk allowed us to add another four to our list. Not the most taxing of walks on Dartmoor and there are certainly more challenging tors on the moor that are steeper and/or harder to reach, however this was the highest point on the moor so it’s special in it’s own way.

So that's what it looks like without the snow - you have some nice pics there.
304 dartmoor summits is a big tick list - is there any particular online listing you'd recommend?

Last time I was up at High Willhays, the visibility was down to around 10 metres, really quite challenging for navigation..