Me and two of my friends had arranged a trip to Skye staying at the Broadford youth hostel for 3 nights. Last years trip was also to Skye but the cloud base was at 300m the whole time so we didn't see a thing.

The weather looked a whole lot better this time.

The day started with a 6 hour drive to Skye stuck behind countless caravans - argggghh!

Reached Loch Slapin at 1.30pm and we were walking by 2pm in beautiful weather. 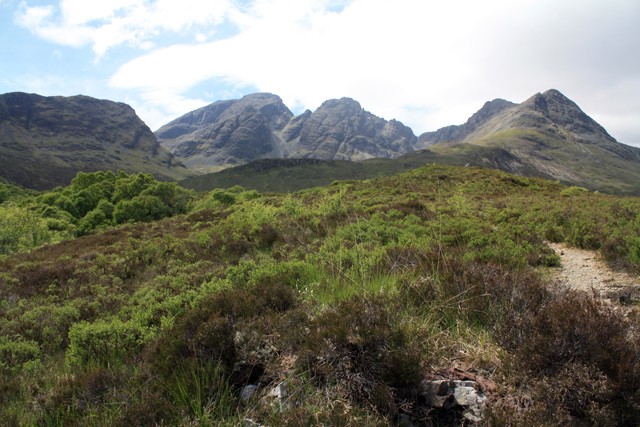 Made good progress up the well maintained path until we reached some really nice waterfalls. 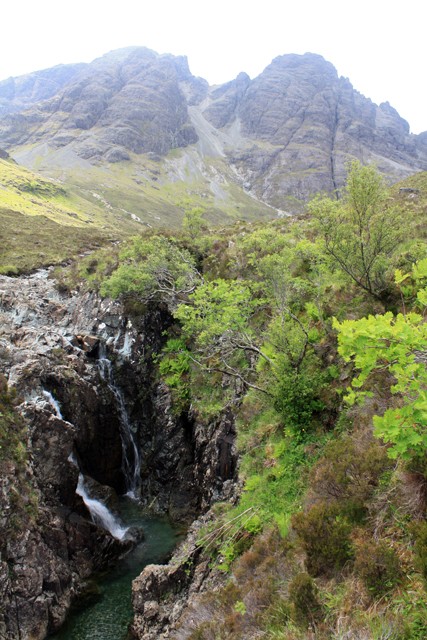 View back to the Broadford grahams. We followed the great path up to Fionna-choire seeing a nice dark hairy caterpillar on the way up. 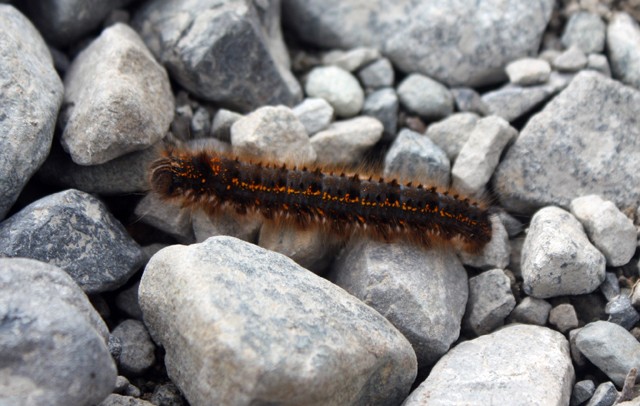 It was when we reached Fionna-choire we made a mistake and didn't see the path going up to the right so before we know it we are climbing the scree path - oh well!

Reached the top of the scree path to be met by amazing views out to Rum and it's neighbours. 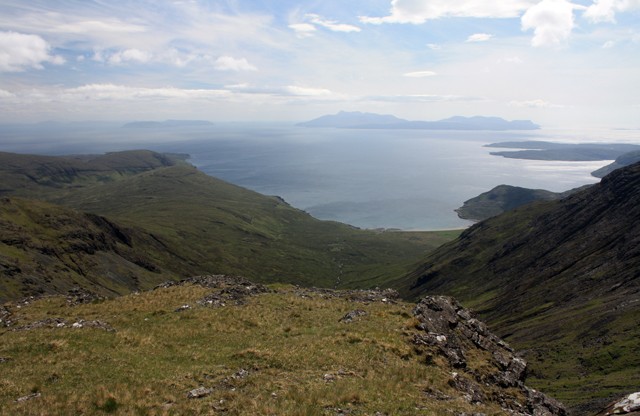 The path up to the south top was quite steep and loose but it didn't take long to reach the top. The views from the summit were simply outstanding. The whole Cuillin ridge is spread out in front of you but it is really a 360 view you have to enjoy from the top. 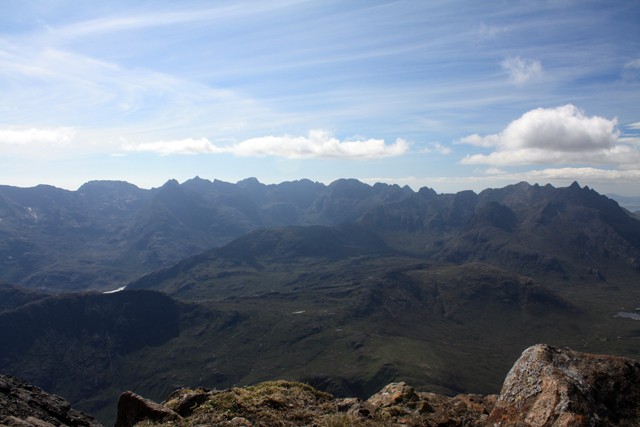 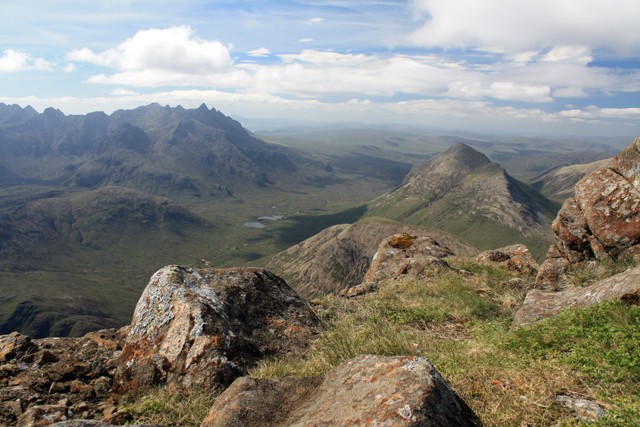 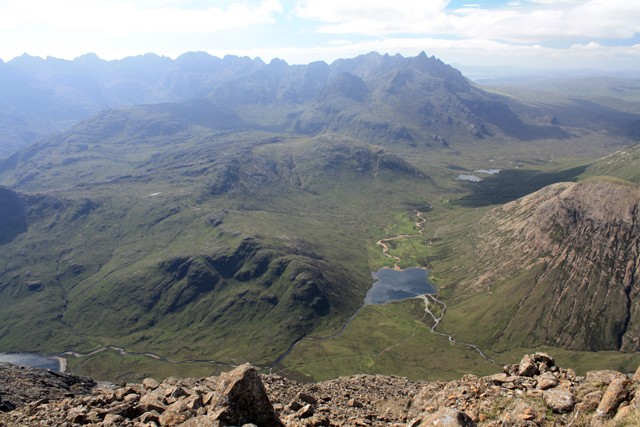 Into the depths of Glen Sligachan Next we had to get to the true summit to the north. This involved a simple scramble which was enjoyable then a short climb to the top. We didn't stop too long as we were getting a tad hungry.

We descended down the path we meant to ascend and reached Fionna-choire quickly. Had a quick break here and found a frog and an orchid I think. 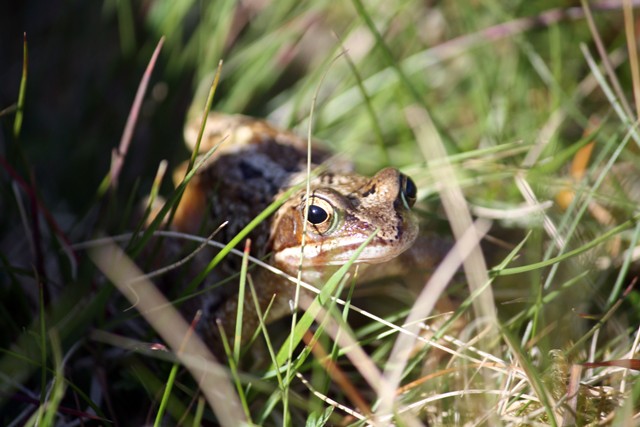 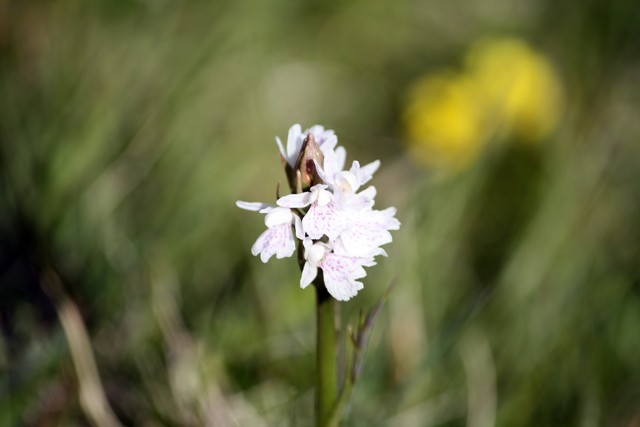 There were no more stops from here down to the bottom as we needed to check into hostel then get tea so we reached the car 4 and a half hours after setting off.

Nice report Donald,
Its a great walk in the sunshine as we done last year. Nice pictures. The views are incredible from the top.