An Dun and Maol Creag an Loch from Dalnacardoch

An Dun and Maol Creag an Loch from Dalnacardoch


Needed to squeeze another day out of my pass and there was a break in the weather due.
I'd been after these two for a while, so headed up the A9.

Managed to park up between the track entrance and the A9 verge. Unloaded the bike and started to crank up the glen towards Sronphadruig Lodge.
Seemed to get there in no time at all, so locked the bike to the fence at the entrance of the lodge. 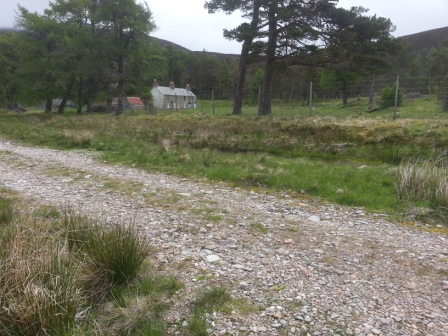 Sronphadruig Lodge from the track

Just as I was about to strike off from the track towards the ridge of M C an Loch a lycra-clad cyclist came along, so I stopped for a news. He was heading to Kingussie through Gaick & Glen Tromie, then back down the A9 cycle track. Hardy loon !
We said cheerio and I turned to the task of getting up on to the ridge via a grassy rake. At the top there was a reasonablr path all the way to the plateau hugging the top of the crags of Creag an loch. It was a fair walk over the top to get to the meagre cairn, disturbing some grazing deer on the way. 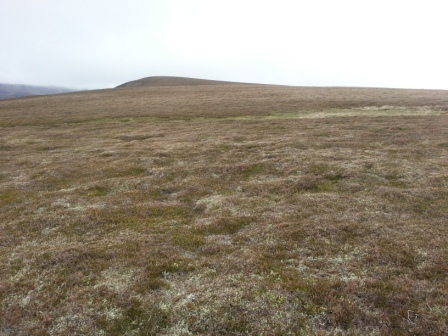 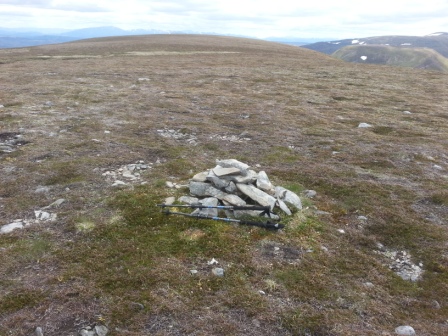 I headed down the S flank of the burn dropping down to the Alt Loch an Duin. It was pretty steep & I was glad it wasn't too wet. On the way down I spotted the stalkers path rising up the hill on the other side. For a moment I thought it went up An Dun, but no - my hopes were dashed, it wasn't An Dun. I crossed the burn by the bridge which had quite a bit of vegetation growing out of it, then headed for the quad track I spotted from M C an L. 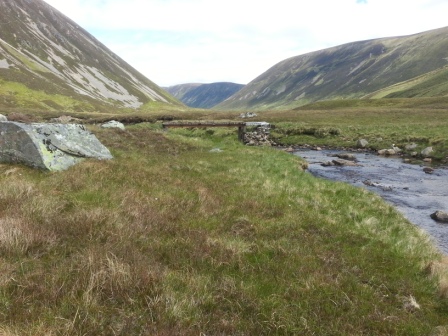 Bridge across Alt Lochan an Duin

It wasn't much help so I steeled myself for the pull up An Dun. Frequent stops to "view the scenery" eased the pain, but it went easier than I thought it would. Soon I was on the rocky blade that leads on to the summit plateau with a wee lochan trapped in it's oxter. 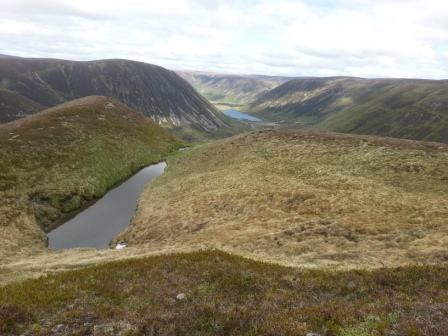 
The walk over the summit plateau was a stroll to a paltry cairn. 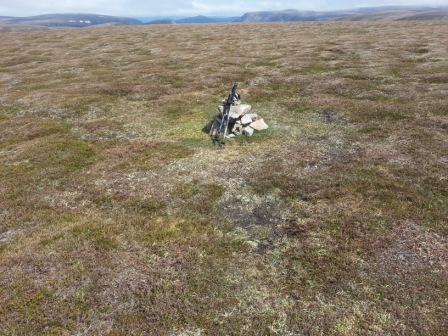 However the view down the glen over Sronphadruig Lodge and Edendon water was tremendous. 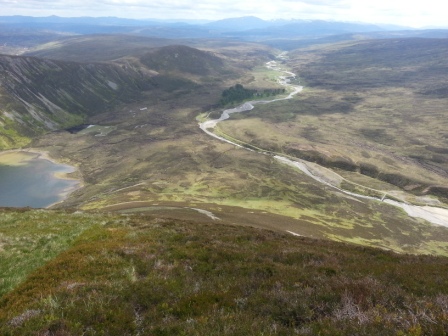 Looking over Sronphadruig Lodge down Edendon Waters from An Dun

Another steep descent to the track and back to the lodge.
It's sad to see these fine lodges being left to decay - especially after the effort put into building them by the Victorians.


A wee rest then a scoot doon the glen to the car on the bike seemed to be over quickly.
This time it was a mealy pudding supper in Pilochry and then home by Kirkmichael, & Braemar to a welcome soak.

Had my eye of these for a while Gordon, not got a bike yet but thought these would be a good intro for the dogs in terms of learning to trot along side a bike.
I'm Westhill too btw

My thoughts as well.
Surely the lodges could be resurected as mini hostles.
Gelde too far gone now would be have been another

Beaner001 wrote:Had my eye of these for a while Gordon, not got a bike yet but thought these would be a good intro for the dogs in terms of learning to trot along side a bike.
I'm Westhill too btw

Hi Beaner - your dogs would love the run out !
Have to confess that my bike is electric assist, which gets me up these long glens.
Need all the help I can get these days !

Users browsing this forum: Coutts94, Deemien, Emilia, OrlaCon77, past my sell by date, WeeMac66 and 96 guests