I’ve wanted to have a go at these 9 munros in a single walk for a while so I had a good look at the map n decided on the best route for me to do.
With all the heat we’ve had lately I decided I would head up the fri night so I could start early without the long drive in the morning before I started.
Didn’t leave the house till 2130 fri as I couldn’t tear myself away from the England game as it looked like they were going to loose n I had to see it

but fortunately for them they managed to hold out for the draw… anyway I got to glenshee at 2300 had a quick look over my route then got my head down.
I was woken up a few times by the wind rocking the car

then at 0230 my alarm went off so up I got, kit on then breakfast. Final kit check then on with boots, big jacket, hat, gloves n scarf (it was that cold!) As ever the Scottish weather never stays the same! It was blowing a gale and chill factor was freezing…

Set off at 0310, I was parked directly below the cairnwell summit so just headed straight up the slope to the summit, got there in around 20mins. After quick photo I headed to the next munro carn a gheoidh, I didn’t follow the direct path, I ended up on the top of carn nan sac before making my way to the summit. From there I followed the direct path to carn aosda summit, then headed off the north east off the hill towards the bridge over the cairnwell burn, which was my starting point for doing the next round of hills. That’s first part done in around 2hrs 20mins.
After a short break I head off towards carn an tuirc following the path along side the burn for just over a km before starting the fairly direct ascent towards the summit, this was the highest climb of the day so I took it easy, from bridge to the summit was 1hr 10mins. By now I’m in the cloud n the wind is getting stronger! To get to tolmount I decide to go around cairn of claise instead of to summit the across as some people do, mostly it was good easy walking with bit of a path but then I hit a bit that was all boggy n with poor visibility I decided to traverse further round cairn of claise than I wanted too till I found a good path then followed it to the 5th munro of the day, I made it there in 4hrs 30mins, that was my first look at the clock today n I was pretty happy with my progress. From here it’s an easy descent n ascent to tom buidhe. That’s 6 down 3 to go. Monty had told me there was a land rover track from here that passes my next munro and heads upto summit of glas maol. I found it n off I went as I got near the summit of cairn of claise I head off the track onto a path that heads west a few hundred metres to the summit cairn and a nice shelter where I take a welcome break n re-fuel but didn’t stop long as it was freezing. I head back to land rover track n follow it all the way to glas maol very easy going on the track at this point. After glas maol I head towards the final munro of the day, the cloud has gone now n the sun came out. Lovely views upto next bouldery summit, I see my first person of the day n he is leaning over so far that he’s almost lying down! Then I find out why, all of a sudden the wind becomes unbelievably strong, it almost took me off my feet! It made the final ascent over the boulders very tricky, but I made it, that’s the 9 munros done. Just to descend back to the car then trip complete. I decided to back track n head around glas maol n over the top of meall odhar then down the ski resort roads to where my cars parked.
I met a nice group of women n a guy who were participating in a challenge to get 100 women on top of munros on Saturday. I had a quick chat with them then on I went, I met another guy sitting in the doorway of a ski resort building, he was having a cuppa it looked lovely, as I just carry water I was looking forward to a hot cuppa…

If anyone knows if they achieved there challenge please let me know?

This was a good days walking, very enjoyable except for the wind. Pretty much the whole round has good obvious paths so navigation not too hard unless you stray off the path as it always seems to be in the clouds up there from what I’ve read.
Not many of my pictures turned out good mostly blurry I think due to wind blowing me about n I used my phone instead of my camera! 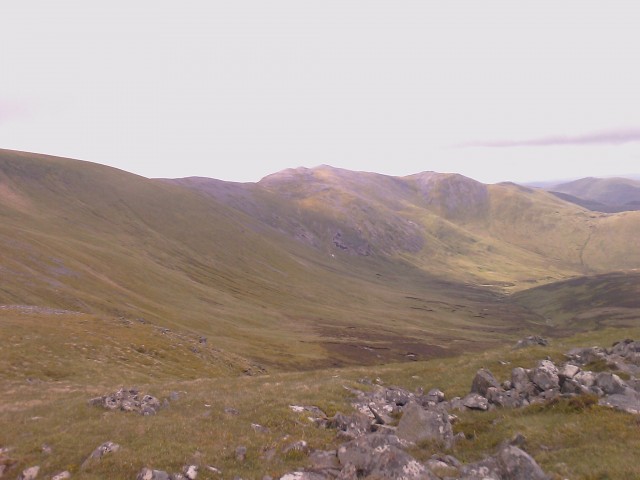 glenshee 9 route.gpx Open full screen  NB: Walkhighlands is not responsible for the accuracy of gpx files in users posts 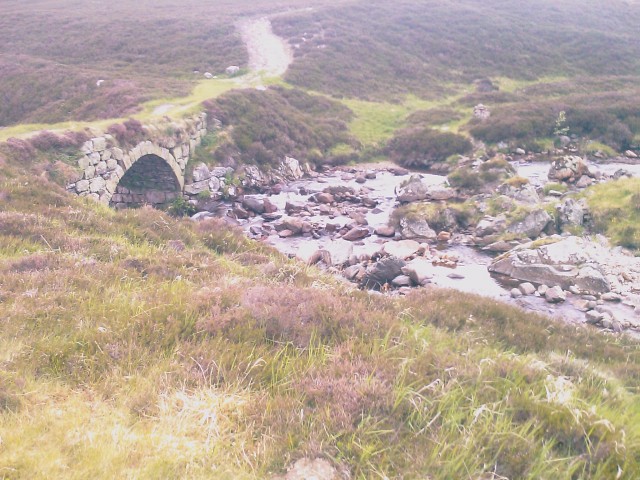 Quite an achievement to bag all nine in one. You must have been on your chinstrap by the end

Great effort, danrun. You seem to have had the same wind that we met on Lawers just a few hours behind you. I really didn't expect that yesterday and it was a big surprise when we poked our heads up over Beinn Ghlas to have them almost blown off!

Why did you set off so early?

danrun wrote:I met a nice group of women n a guy who were participating in a challenge to get 100 women on top of munros on Saturday.

Were they all Swedish?

hi monty, was a fair bit tired after walk but still made it to the pub for a few before i was done...

hi derek, sadly they were'nt all swedish but v.nice all the same

, set off early incase of a hot day as i wouldve had to carry a lot more water n other issues heat can cause when on a long trek. the forecast fri night was for low temp. n winds but i never have to much faith in forecasters!

Hi Danrun,
Apparently Saturday was the day for the 100 girl guide challenge..

"100 members of Girlguiding UK will climb a number of Munros on Saturday 19th June 2010. This event is open to all members – the only stipulation being that participants must be hill-fit. A fitting challenge for all our members in our Centenary year. Accomodation at Pitlochry"

You knew about this and said nothing to me all week

Wait till I tell your missus

n why would you want to know?? it was younger women no grab a granny!!