Munros included on this walk: The Cairnwell

Cairnwell.gpx Open full screen  NB: Walkhighlands is not responsible for the accuracy of gpx files in users posts

Needed to get this one ticked off, and as I was passing as it were.
Got to admit to the GPX and stats on this not being accurate. I forgot to switch on at the very start, but they will be a very good approximation.

Headed up the track from the car park at the ski centre; it was more or less deserted. There doesn't seem to be a route marked if you just want to pick off the Cairnwell, so when I got to the Cairnwell T-Bar I decided this looked good enough and started walking upwards.
It was fine underfoot, although a bit squidgy in places, usual amount of frogs and meadow pippits. After some way started traversing up more directly to the summit. They have quite a lot of tech on the top of the Cairnwell 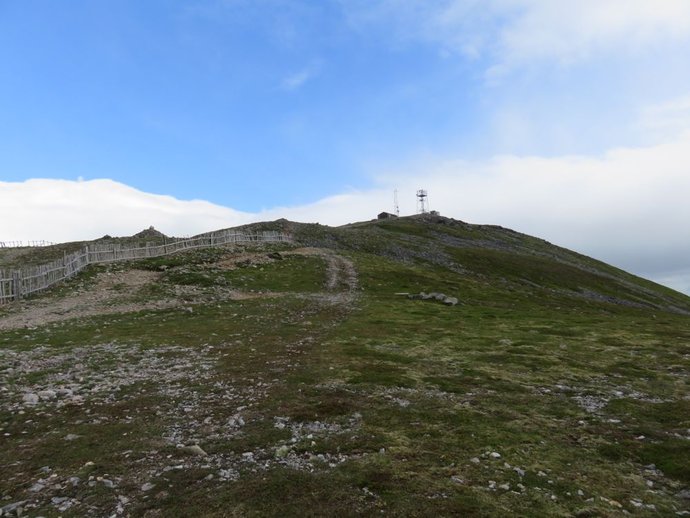 Because I was setting off from the carpark it doesn't take very long to reach the summit and the interesting shelter cairn. Despite the reputation and ease of getting up I found the views in all directions entertaining enough. To the west across The top of Choire Dhirich 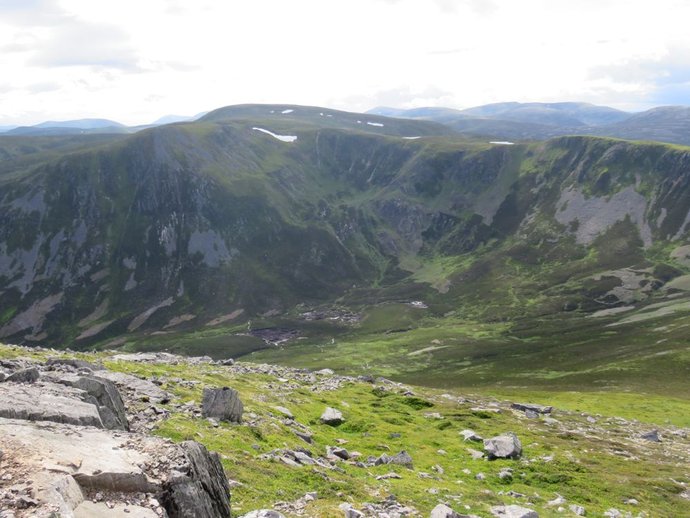 Enough seen I started to make my way down along the conventional route, landrover track towards Carn Aosda past Loch Vrotachan. I've ski toured around here many times, it looks a lot different now Not a grand or spectacular walk, but as always something of interest and an enjoyable one