After Reading Simon-b and his excellent report on A 5 Star(av) route
I decided I would test myself on it ,I have only been walking since Mid April
and had just gave up a 20 a day habit so this would be a test
I did the Ben Lui 4 a couple of weeks previous and found that no problem
So I set off at 4.45am and reached the parking place ( wrong one

) at 7am
The weather was perfect for what I had planned so I set off at 7.10 to head along the river
to the bridge 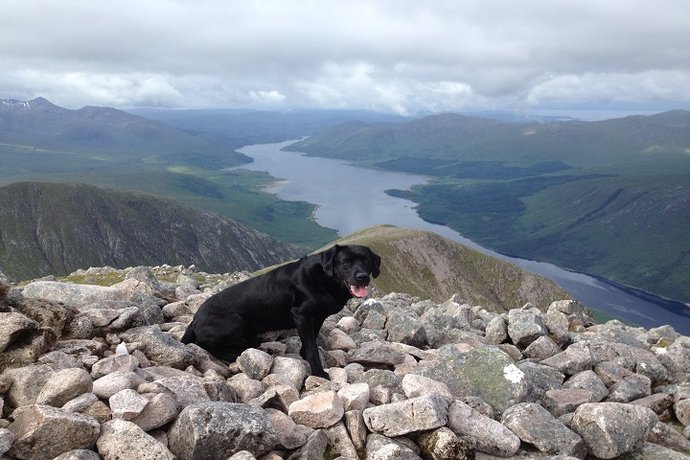 A quick decent down to Bealachan Lochain Ghaineamhaich where I left my rucksack
for the decent and ascent to Beinn nan Aighenan ,this is rather deceiving in the distance
it looks form the bealach but without the rucksack we reached the summit in good time 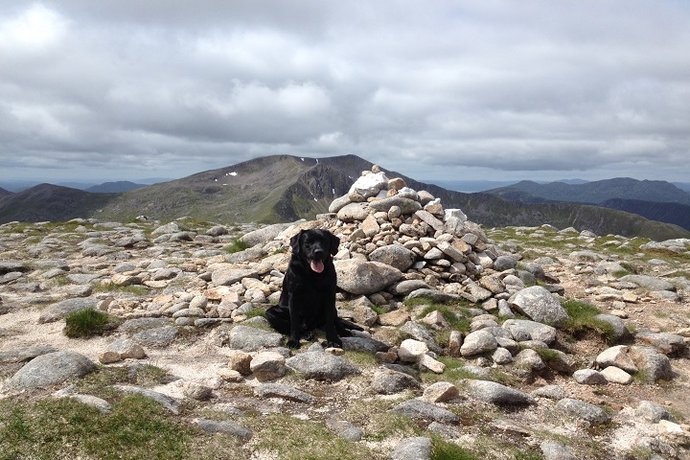 By now the legs were starting to feel it a bit but the ascent to Meall nan Eun was quite pleasant
over a nice grass slope ,then after a lengthy gentle ascent we reached our final summit 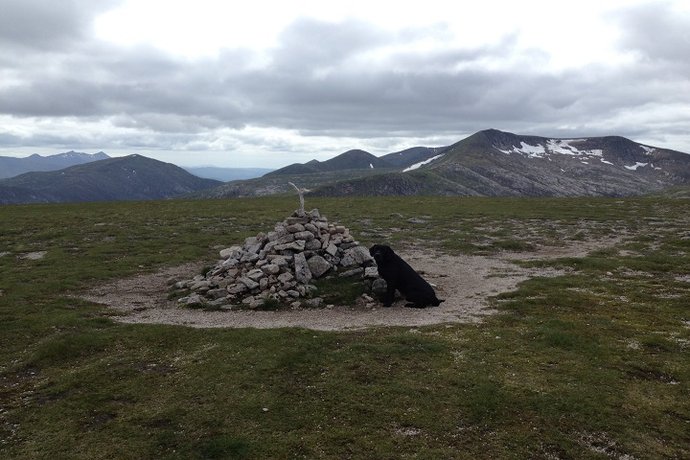 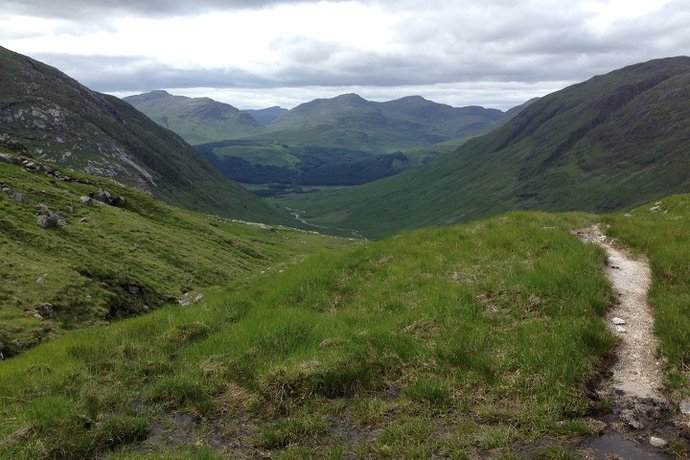 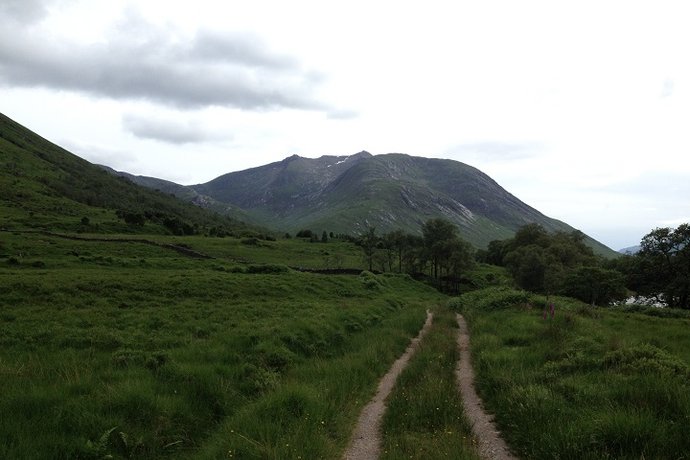 a look back at the start of the day and what a great day it was
I was very pleased to have done this walk ,and now I look forward to many more
adventure in the hills of our beautiful country

Well done James, an excellent effort. You got some great pictures as well. I think we both agree, it's a really good walk.