Carn a' Chlamain on a blistering hot day

Carn a' Chlamain on a blistering hot day


Glen Tilt is very much my home glen and I believe, one of Scotland's hidden gems. My grandmother spent her childhood and early adult years here and I was fortunate as a child to see the last remnants of lives that were lived entirely within its confines and those of the village of Blair Atholl. The cottage at Old Bridge of Tilt where my Gran spent her early years. I'm not sure she would have approved of the satellite dish though ...

I followed the WH route with a minor variation on return, but whichever way you choose to go, you are heading for Gaws Bridge which crosses the River Tilt about ten minutes walk beyond Marble Lodge. Marble Lodge itself is about an hour and a half's walk from the car-park at Old Bridge of Tilt. I chose to follow this track all the way because of the shade on offer, although the WH route on the west side of the river is scenically better. On the Forest Lodge track with Marble Lodge "just round the corner". The Tilt river is on your left at this stage.

Once over Gaws Bridge, you have about ten more minutes of walking before reaching a wee bridge over the Allt Craoinidh burn. Shortly after that on the left, a path leads steeply up the hill towards the main "bull-dozed" track. It's a fair pech up to the track but worth it, because the views up and down the glen are terrific. The deep cleft of Glen Tilt with Forest Lodge beneath the crags of Carn Torcaidh. 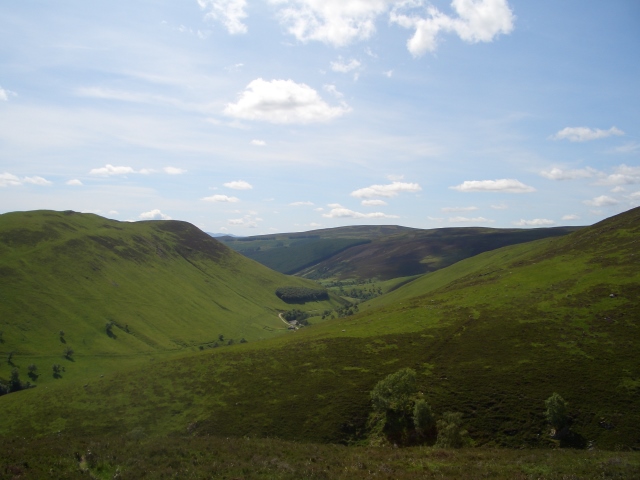 Looking south-west down the glen with Marble Lodge in the distance.

Ahead lies the prominent track which runs north-east up the shoulder of the hill before turning abruptly left and heading north-west towards the summit. Hamish Brown says Carn a' Chlamain was Queen Victoria's first Munro, and I've often wondered whether the track was created for her visit. 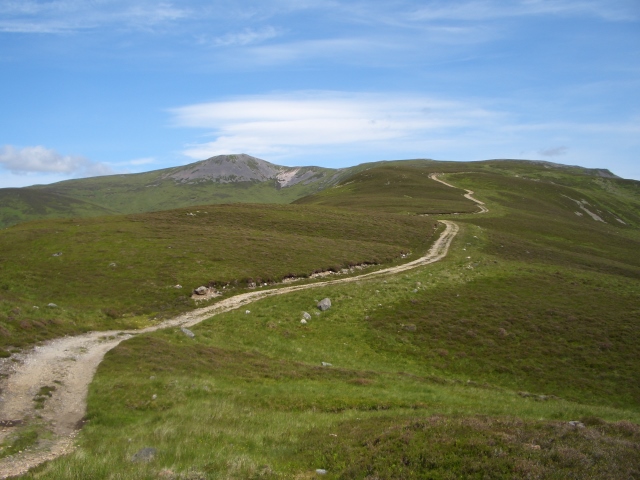 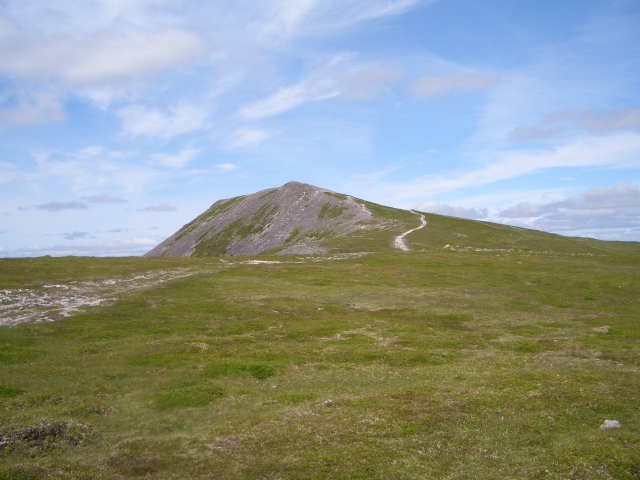 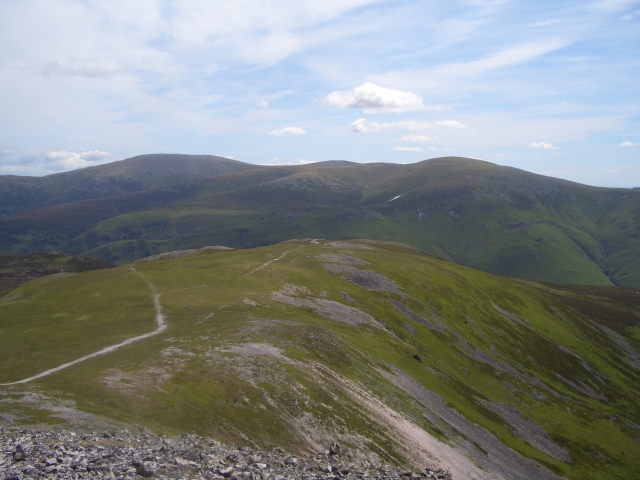 The final approach seen from the summit cairn. The track that joins from the North takes an alternative zig-zag route starting near Forest Lodge.

The ascent from the Forest Lodge track took about an hour and a quarter. It was about 25 degrees when I arrived and I hadn't seen a soul all day. There were great views in all directions: north to the Cairngorms and south to Schiehallion (of course). 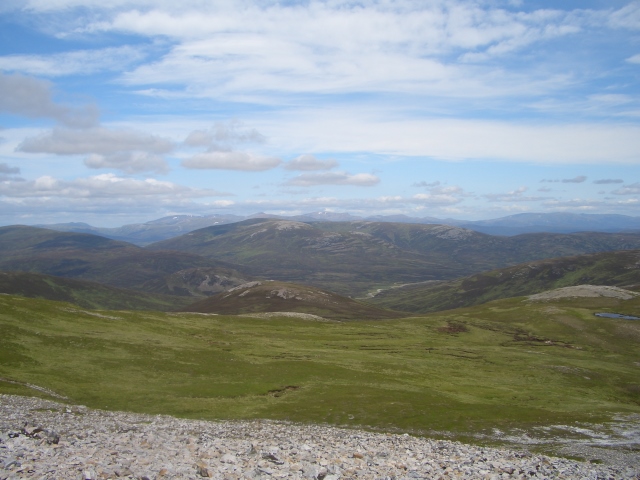 Looking north to the Cairngorms. The upper reaches of the Tarf Water in the distance.

I dawdled at the top, had lunch, had a rest, listened to the silence. There were great views of Ben a' Ghlo but without a panorama facility, my ancient camera failed to do them justice. Finally, it was time to leave and although I briefly considered the longer descent to Forest Lodge, I knew it would be a good two and a half hours walk back along the track to Old Bridge of Tilt, and given the heat, I opted to re-trace my steps. The views down Glen Tilt were great, and whilst taking more photos, I encountered the only two folk I met all day: an elderly couple struggling up the path in the full glare of the early afternoon sun. I didn't envy them. The view down Glen Tilt with Schiehallion on the horizon and possibly Ben Lawers to its left.

Once back on the main track and past Marble Lodge, I opted for the high track which took me into the shade of Dalginross Wood and behind Croftmore, joining the road down to Fender Bridge just passed Kincraigie.

I don't know whether Gran or any of her brothers and sisters followed Queen Victoria's footsteps up Carn a' Chlamain, but they certainly knew this view over the Vale of Atholl well ... The Vale of Atholl from Kincragie.

Any walk up Glen Tilt is enhanced if you start at the public car-park next to the Church of Scotland in Blair Atholl village. Walk back up the road and across the bridge over the River Tilt and look for a small gap in the fence. A set of rickety steps takes you down onto a path though the woods that has remained unchanged since Gran did her courting here well over a century ago. Follow the path through the woods and you will find the river sometimes beside you and some times fifty feet below. The path will bring you out on the road just short of Old Bridge of Tilt and the fork round to the car-park.

I've been told Gran carved her initials on a tree in these woods. I've never found them, bit I like to think they're still there.

Re: Carn a' Chlamain on a blistering hot day

Aha, so this is what this hill looks like. Much nicer than I remember it. But Glen Tilt is beautiful in any type of weather.

Re: Carn a' Chlamain on a blistering hot day

Yes Silverhill, it's one of my favourite spots and the Tilt seems to flow undiminished from its confluence with the Tarf Water. Hope you get better weather next time!

Users browsing this forum: past my sell by date, SarahA and 111 guests