I left Dumbarton at 820am and met Rod at Bunroy campsite at 1045am. This is a cracking campsite and it was my first time camping there. It costs £7 a night for a tent. The wardens are very friendly and helpful. It has excellent shower facilities, toilets, a wee shop and ‘midge eater heaters’ It also has 3 hobbit houses and space for caravans and motorhomes. We quickly pitched my new tent, whilst it was dry and then headed down Glen Roy. We were undecided whether to do one or two corbetts and also whether to take in the grahams, but decided we wouldn’t make any definite plans on which hills we were climbing and that we would just go with what the weather was like. The weather forecast was for constant rain throughout the day.

We decided on going for Beinn Iaruinn initially and see how we felt. We parked on the grassy area on the right hand side heading down the glen, just before the bridge (308891) which had enough room for 2 cars.
We started walking at 1145am. 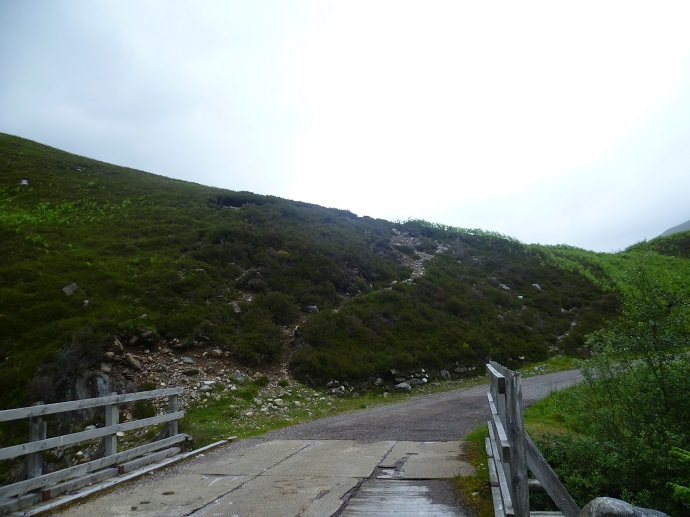 We started off without the waterproofs, but before long we had to put on the waterproof trousers and jacket. Probably a bit hasty as it didnt last at all.

We decided and planned on a direct approach from the road going up and down the same way. So headed straight up from the road up the grassy slopes, crossing over the parallel lines. There is lots of info on the parallel lines in the new wee café before the road down to Glen Roy. Seemingly the horizontal lines were created by ice glaziers during the Ice Ages. 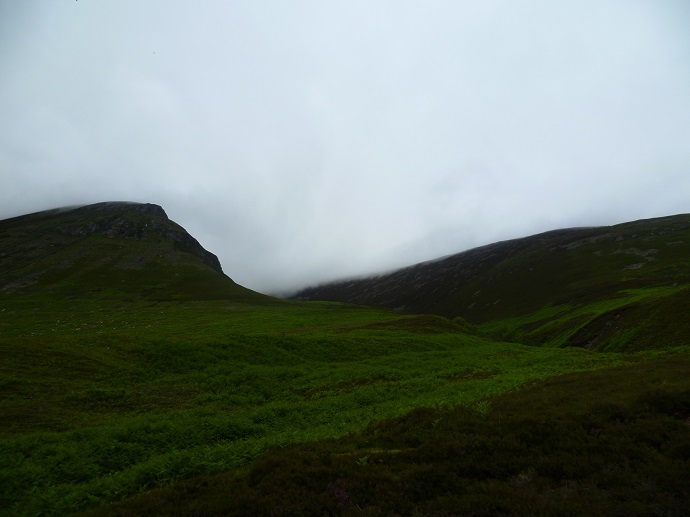 The approach we took was extremely steep. The visibility was rubbish and we soon ended up hitting some rocky parts, which involved a wee bit of a steep scramble over slippy rocks. Areas of loose rock for hand holds and slippy underfoot, thrown together with boggy wet grass underfeet at other sections meant constant concentration and lots of sweat! 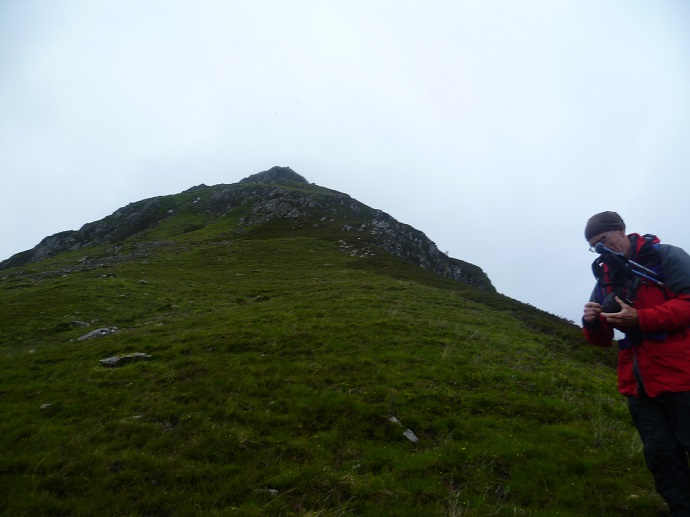 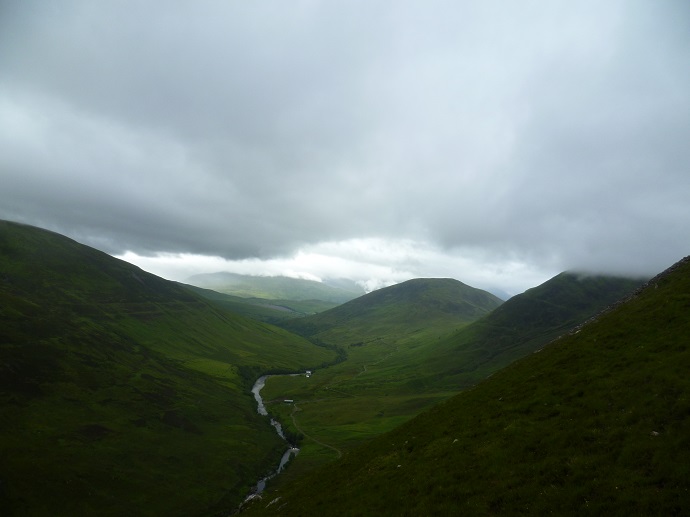 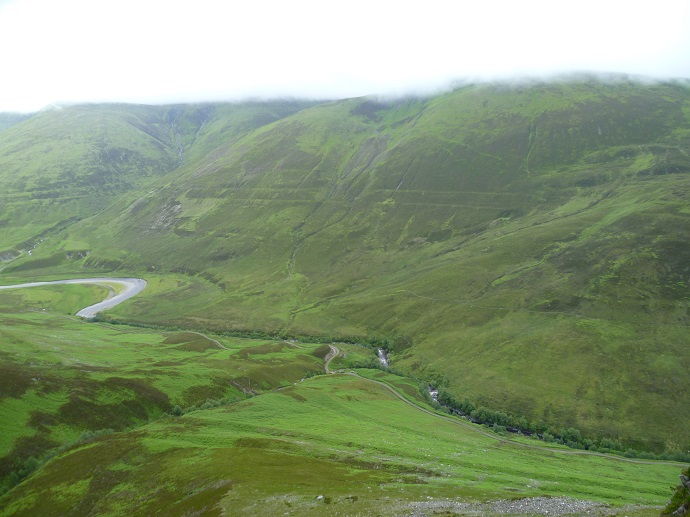 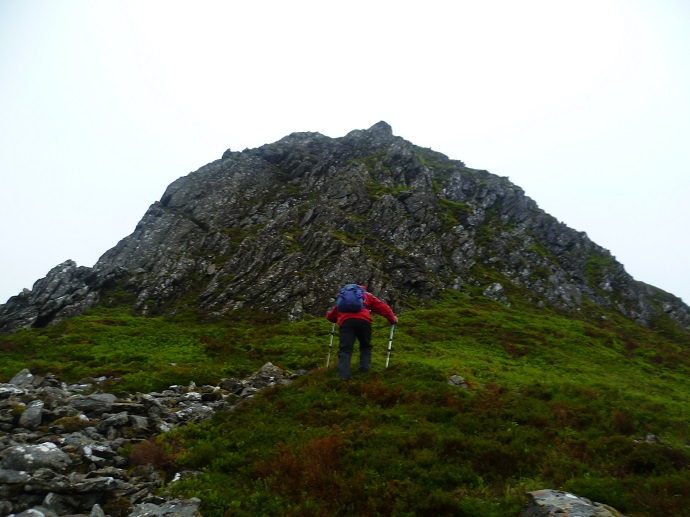 Only way is up

We soon reached the bealach and headed north, keeping the Coire nan Eun to the right of us. Not far before the summit of Beinn Iaruinn I asked Rod what time it was. As he checked his watch, I tried to make a beeline to the summit ahead of the old chap. Only to be raced and attacked by a carnoustie walking pole preventing me reaching the summit in first place !

We reached the summit at 1.25pm, taking us 1 hour 40 minutes to get there. We stopped for a quick summit photo. 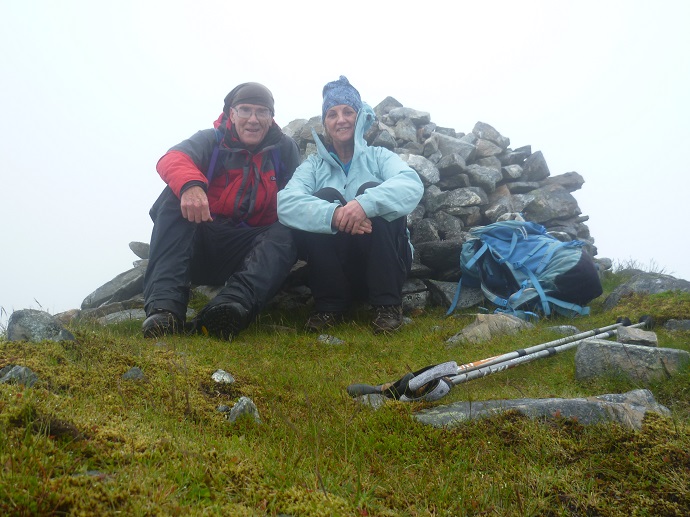 Summit of Beinn iaruinn... with The Monkey !!

We had both agreed that we didn’t fancy going back the way we came due to the steepness and slippiness underfoot from the rain. So we headed north east until passed the crags on the right and then headed south east aiming for the road. Initially this was quite steep with heathery and rocky outcrops.

We stopped once out of the clouds for a 10 minute lunch break and then continued down through heathery ground and onto grassy terrain towards the road. 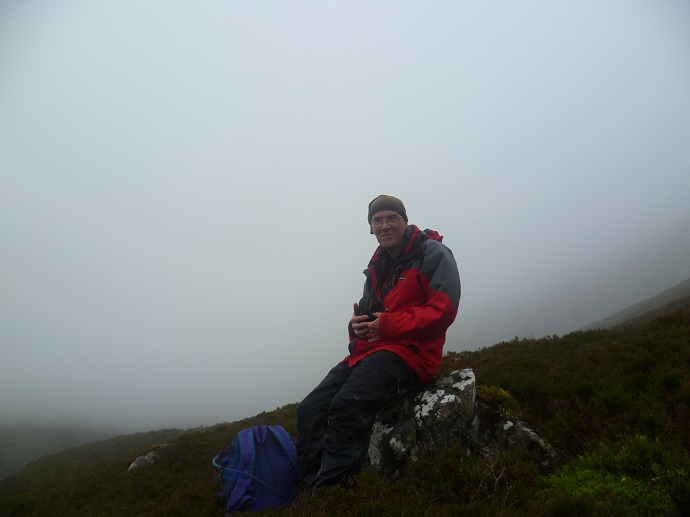 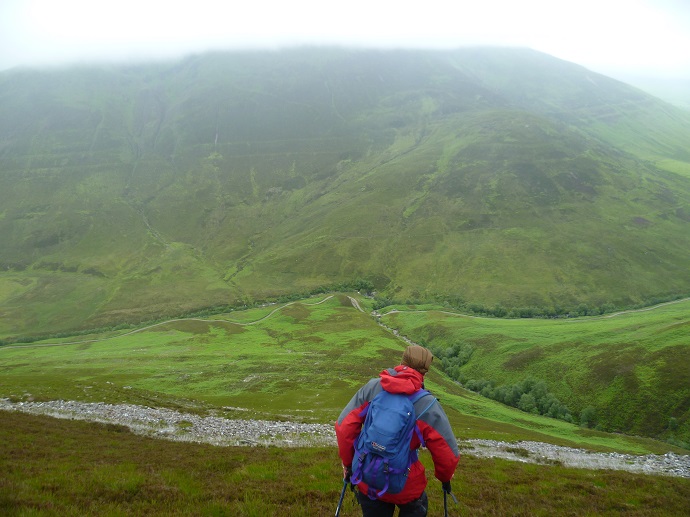 With yet another race back to the car as Rod decided to crossover the stream as i continued and picked up a faint path towards the road. The path is clearly seen at the north end of the bridge, Back to the car at 225pm . So an hour to get down from the summit including the lunch stop. Not much to say about this corbett as we never seen a thing 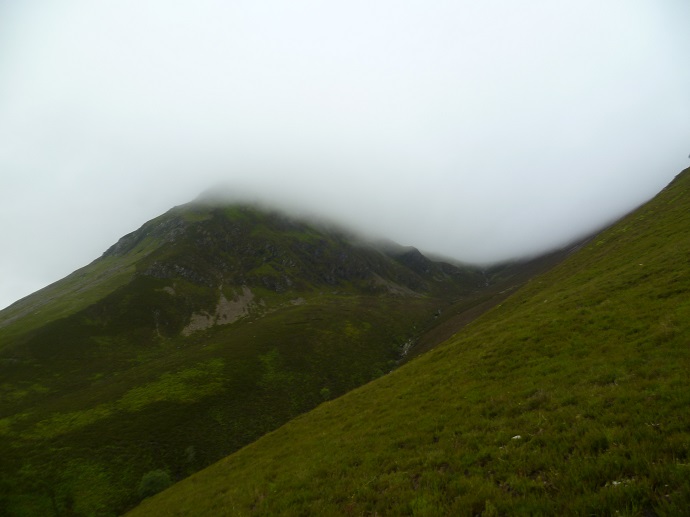 Looking over to the steep ascent

We decided to hit the Stronlossit Inn for some lovely food, a few refreshments and watch the tennis. And were soon joined by others from the Club.

Great wee day out, great company and a great location for munro and corbett baggers

Re: Beat up Beinn Iaruinn

Just seen this, great stuff! Summit photograph are you calling me a monkey

A much better report than mine. Thanks again for your company

Pity no summit views, the next time.

Users browsing this forum: the bearded wanderer and 29 guests