Allow me to introduce my son in law, Tommy, a pretty amazing guy, who is always up for a challenge. Well, he would be, having fought CF, since birth - and married my beautiful daughter, a couple of months back! A few times he asked about doing a Munro with me, though I never knew if he'd be up to it, or whether it was wise to even have a go, but being on his bucket list, I wanted to help him get there, if possible. I thought Stob Dubh would be a good one, if only to try to make it up to the bealach. From there we could still enjoy some views and it would be a great effort just to make it that far. 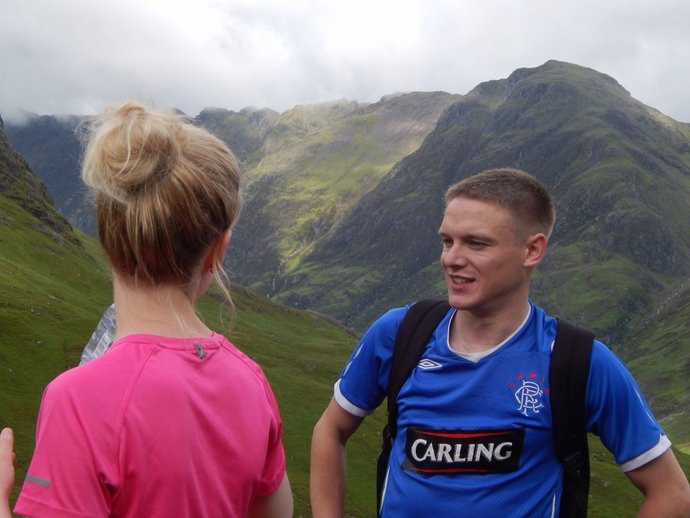 Tommy, on the way up, with Am Bodach and the Aonach Eagach Ridge behind. 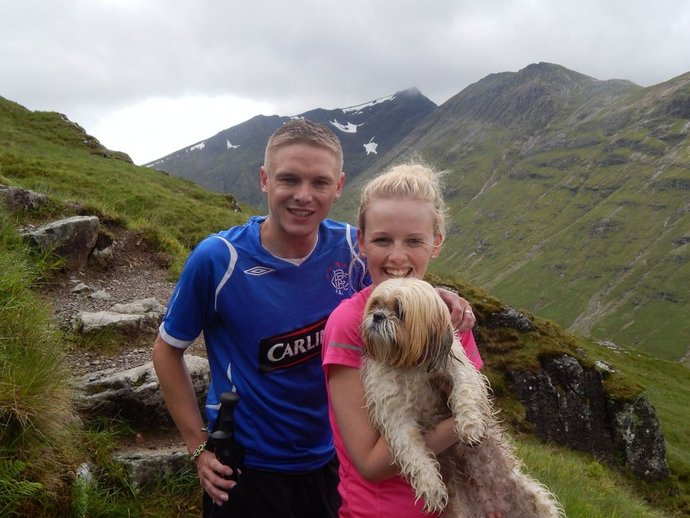 On the way up. Looking good. Stob Coire Sgreamhach coming into view. 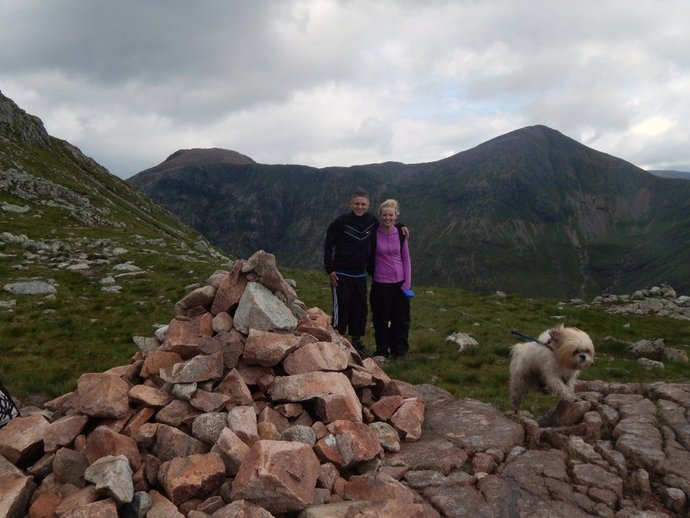 Cairn at the bealach, looking over to the Buachaille Etive Mor. 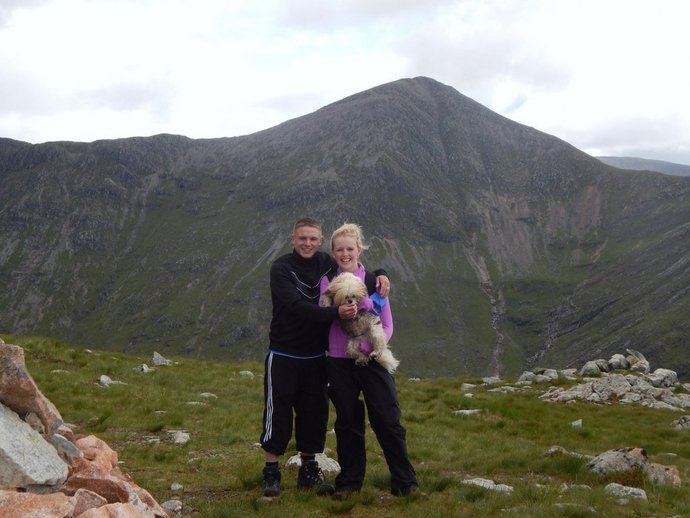 At the bealach. A fair hike in itself. Stob na Doire behind. 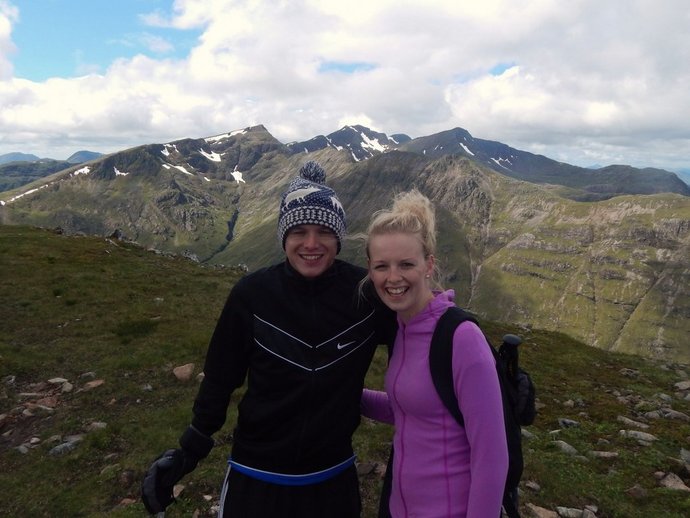 Tommy and Lauren, with the hills of Bidean behind.

The well made path starts off along the Lairig Eilde, quite gently at first, but then steepens markedly as it heads for the bealach at Mam Buidhe. It took a while longer and a few more stops, but we did make it to the bealach. I should really have known the answer when I asked if he wanted to go on. So on we went. Another steep rise up to the ridge. After that there was no stopping him, though the effort was starting to really hit him by now. Anyway, I think it took about two and a half hours, or so to the summit, of Stob Dubh, a hefty 958m high. It was great to see his face and reaction to reaching the top. 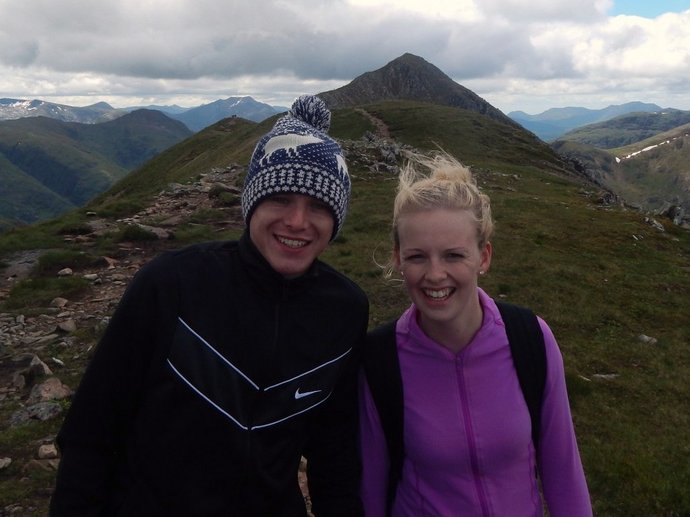 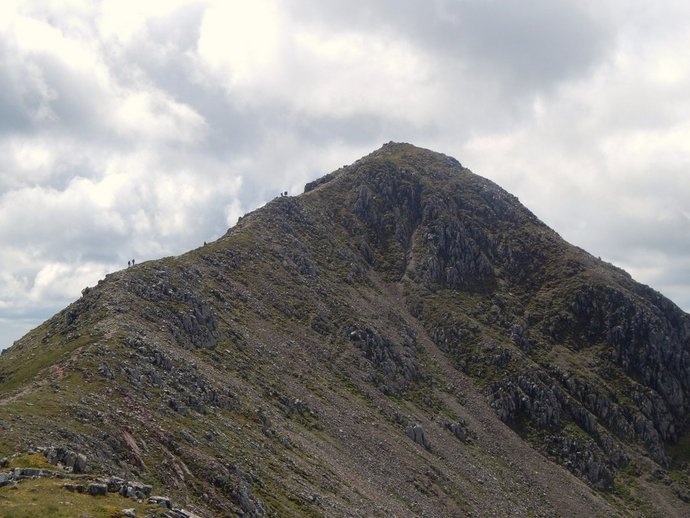 Others making their way to the top. 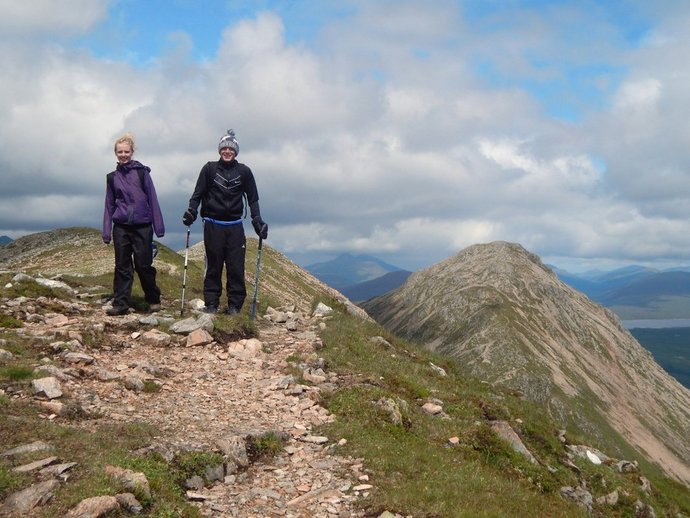 Heading along the ridge, to the summit, Stob Dubh. 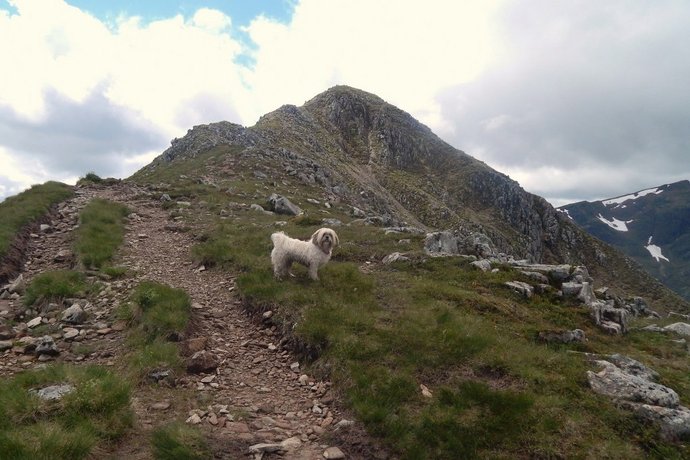 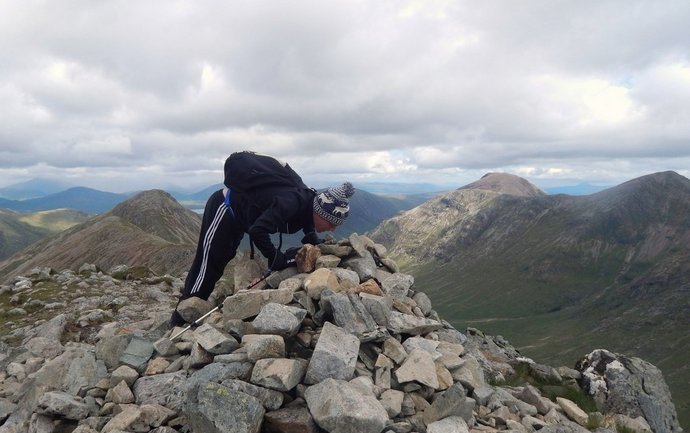 Tommy, with the two Buachaille's for a backdrop. 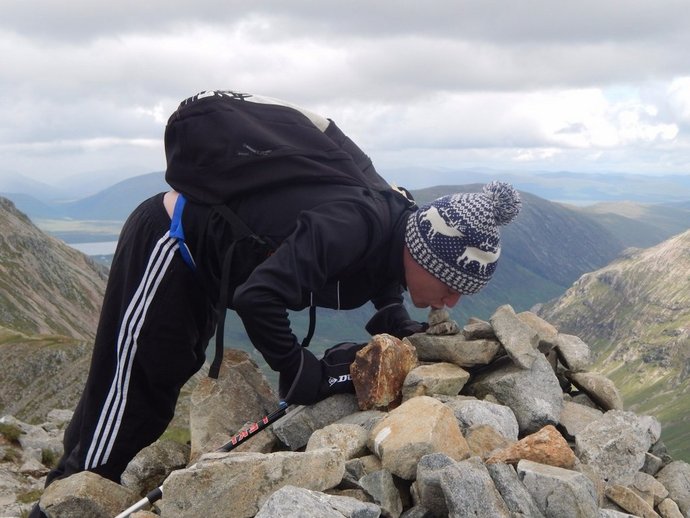 It means a lot. 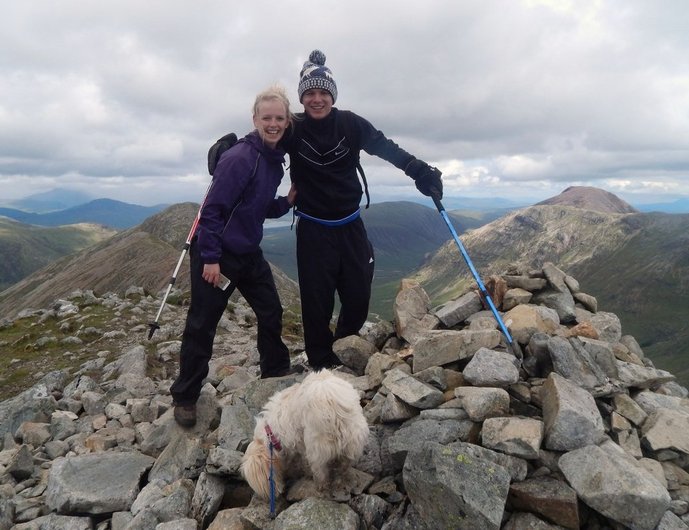 Made it! Peppa, too.

We enjoyed the views, took some photo's, had some grub, then headed back down. To be honest, this was equally taxing on Tommy's lungs and energy reserve, but we made it back to the car in just over four and a half hours. I had plans to go out the next day and do my 100th Munro, which would have been a good achievement, but today, Tommy stole my thunder. Not bad for less than 50% lung function. A special fellow and great ambassador for those with cystic fibrosis! 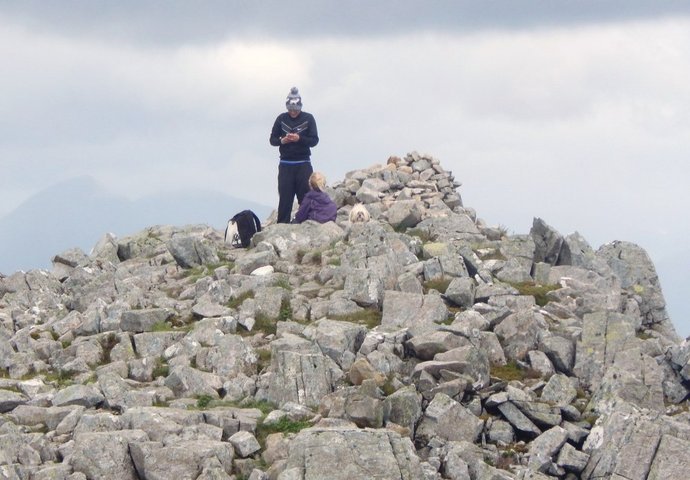 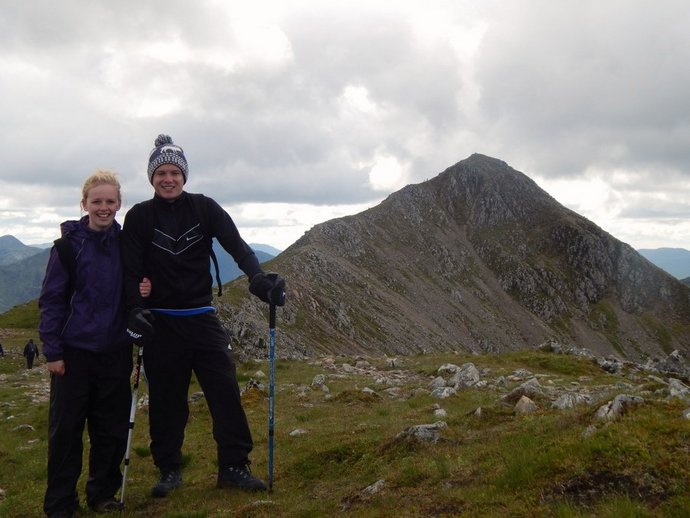 Looking along the ridge, with several others making the ascent of Stob Dubh. 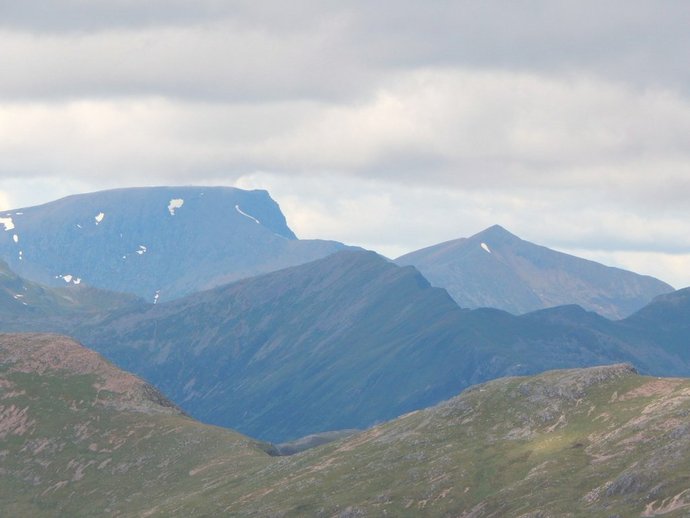 Ben Nevis and the CMD Arete. 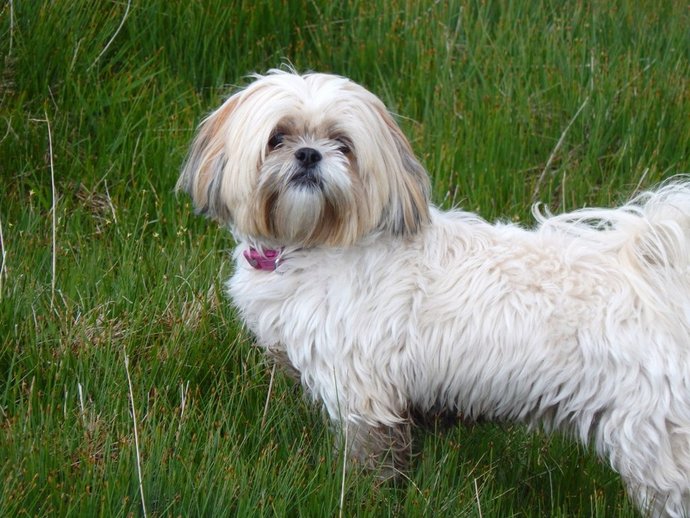 Our other companion. Peppa. 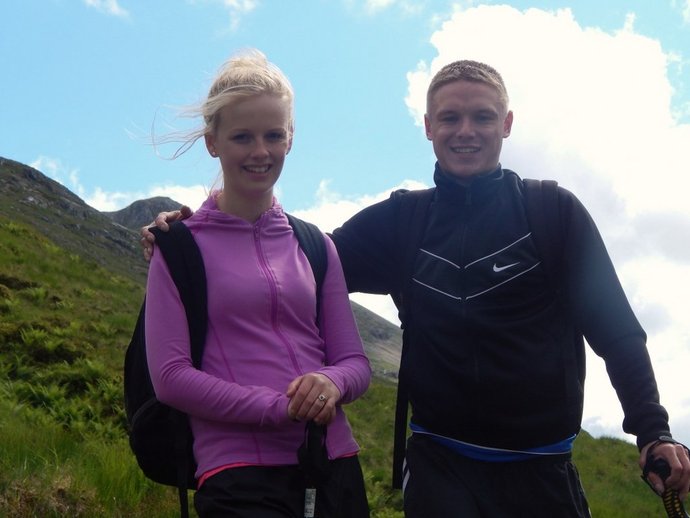 Tired but, just about down. Distant Stob Dubh in the background. 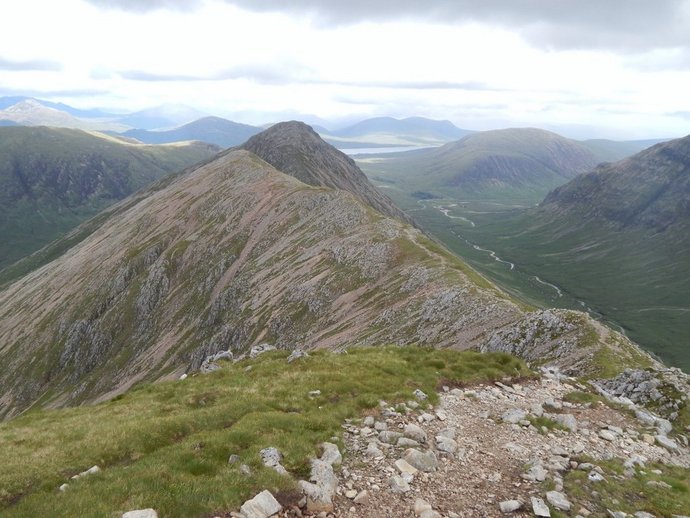 looking back along the ridge to Stob Coire Raineach. 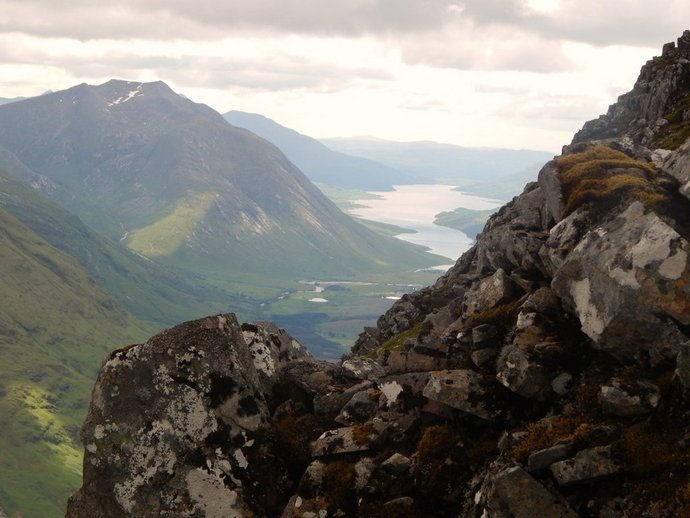 Pity about the blue top tho. Should be maroon & white

Great determination and a lifetime memory I'm sure

Well done Tommy! What an inspiration!

Brilliant. Puts many with 100% capacity to shame.

If I may, I shall share this with my friend, who's wee lad Will also has CF. He's also a little inspiration, he wild swims, canoes, does Park runs and climbed Snowdon last year, all before he's 8. It makes my heart break a little when I watch how many pills he has to take before we eat our meal round the campfire, but he's living life to the full.

The word I was going to use has already been used by others, Inspirational, that's the only one that fits the bill, very well done young man

. Looks like you had a very fine day for it with superb views all around

Well done Tommy, what an achievement!


Thanks, everyone for yourkind comments and support, which I will be only to happy to pass on to Tommy.

RTC wrote:Well done, Tommy. - And a special mention for Jimmy for showing everybody the way up and down.

Above link for anyone who fancies giving a couple of bob to acknowledge Tommy's first Munro.

Much appreciated Russell. Tommy has done much fundraising for CF, though this wasn't especially intended to be so, but he may be working on a plan.

If I may, I shall share this with my friend, who's wee lad Will also has CF. He's also a little inspiration, he wild swims, canoes, does Park runs and climbed Snowdon last year, all before he's 8. It makes my heart break a little when I watch how many pills he has to take before we eat our meal round the campfire, but he's living life to the full.

By all means, Mal. Tommy would be delighted if anyone wishes to share with others, as he knows the value such mutual encouragment gives to everyone with CF!

Keep your eyes peeled for the next one

Well done Tommy, a lovely looking couple too Jim, a friend in school had CF, a terrible condition and he looks so happy too. Quite an achievement, I am sure this won't be last.