A long hike to Corse Hill

A long hike to Corse Hill

our_route.gpx Open full screen  NB: Walkhighlands is not responsible for the accuracy of gpx files in users posts
Right then, time for a big long hike with Yvonne, Iain & the kids to take in Corse Hill up at Whitelee Windfarm in what would be the last of our excursions to the area, mainly due to me being totally sick of the sight of wind turbines by this point!

The first order of business is to take a few photos of the map to plot our course through the maze of paths: 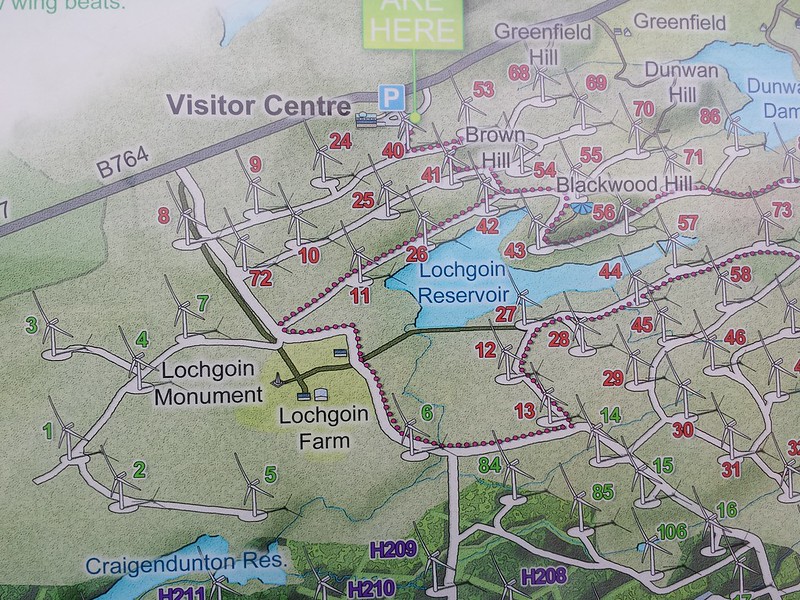 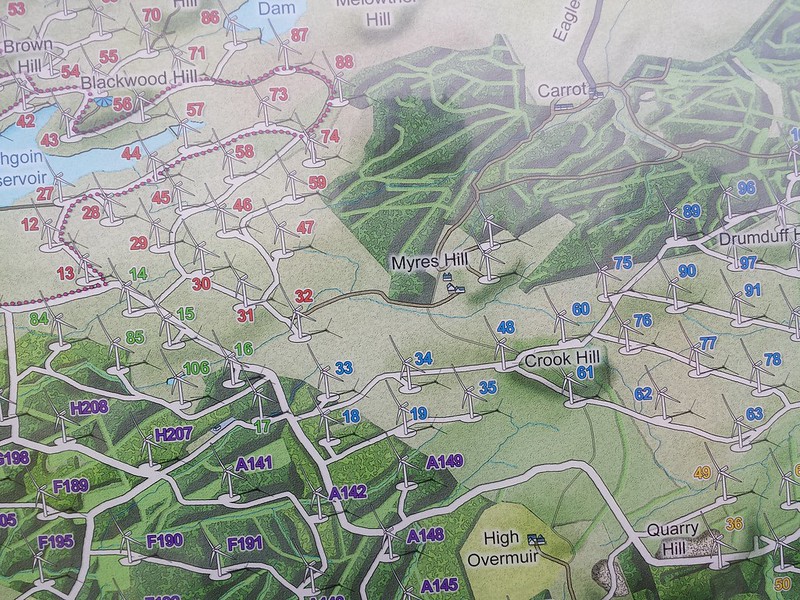 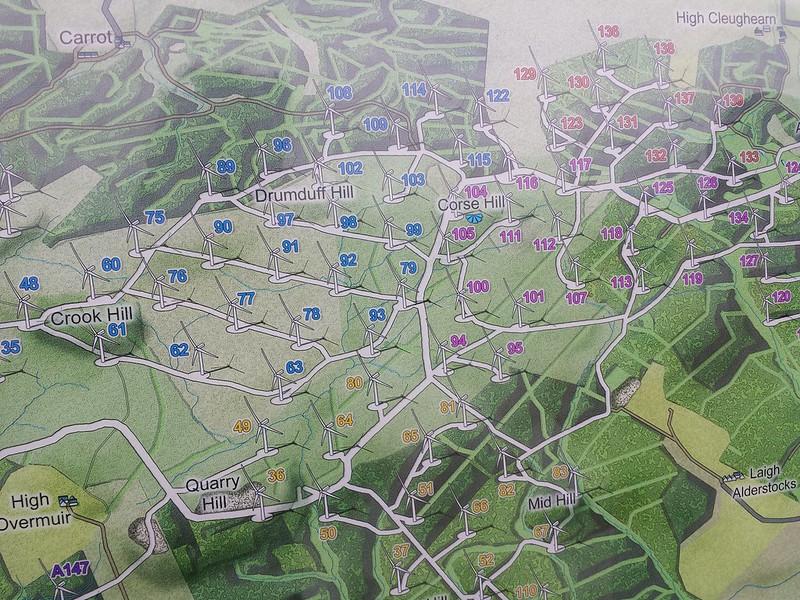 Off we go along the winding paths and past more wind turbines... 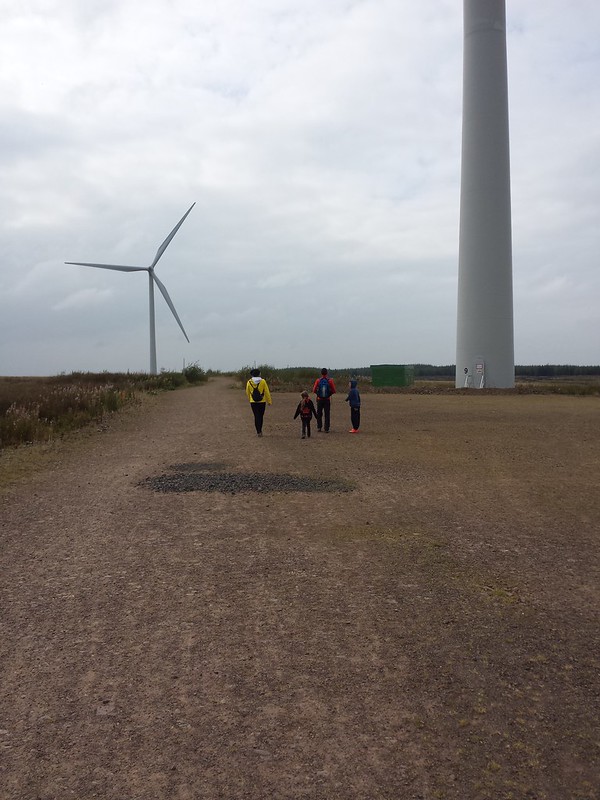 Looking south towards Lochgoin farm and the Covenanters monument: 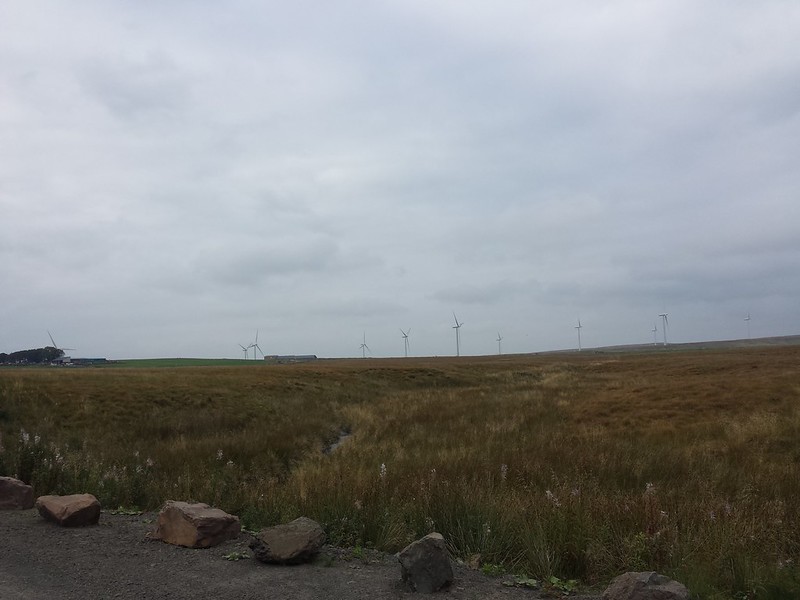 Continuing along the south west path past the farm you eventually reach the edge of Whitelee forest and cut through some of it which varies the rather bleak moorland landscape we have passed so far: 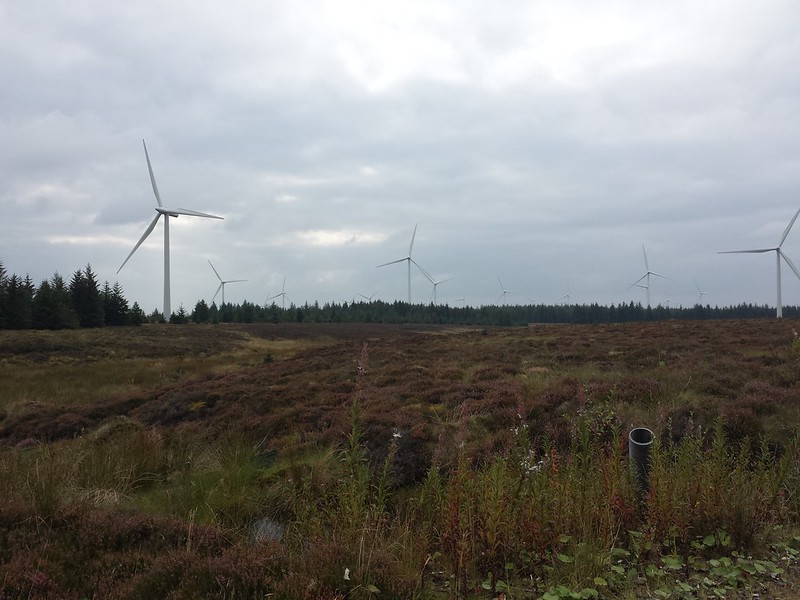 More turbines as far as the eye can see... 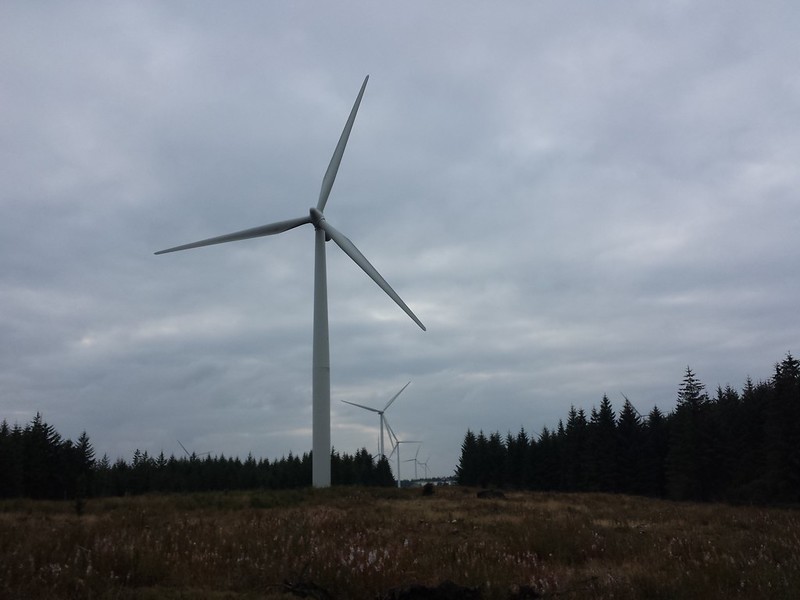 The path continues to twist and turn towards Drumduff Hill: 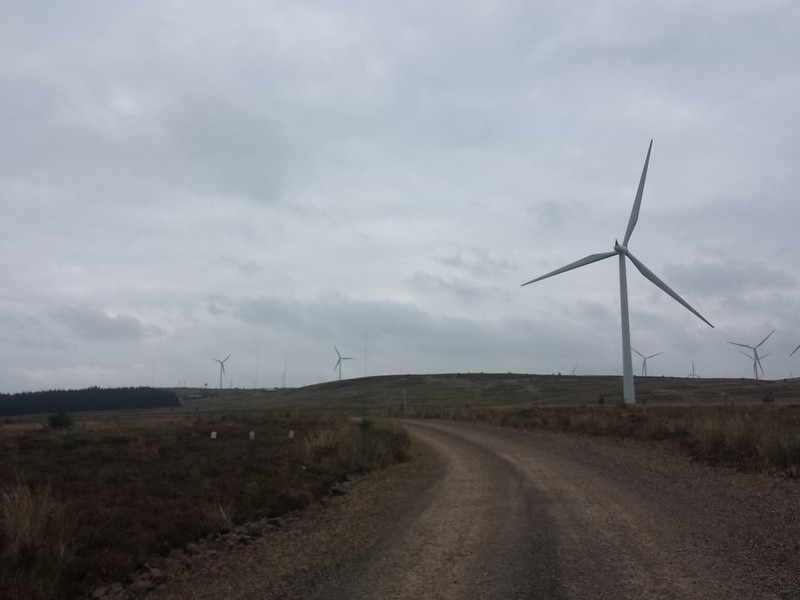 The slow and steady ascent up Drumduff returns you to open moorland:

Thar she blows! Finally we catch sight of Corse Hill in the distance from further up Drumduff Hill: 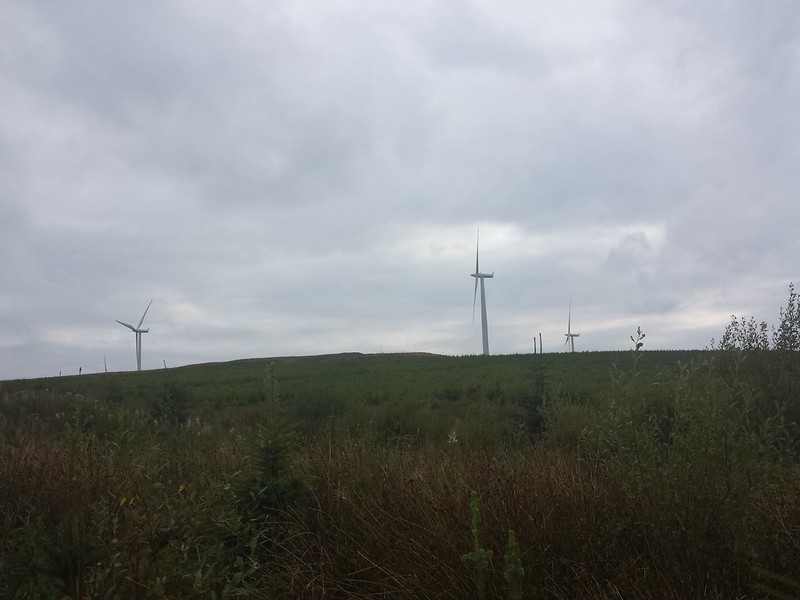 Our route took us round to the north of Corse Hill where the views over to East Kilbride are actually pretty good: 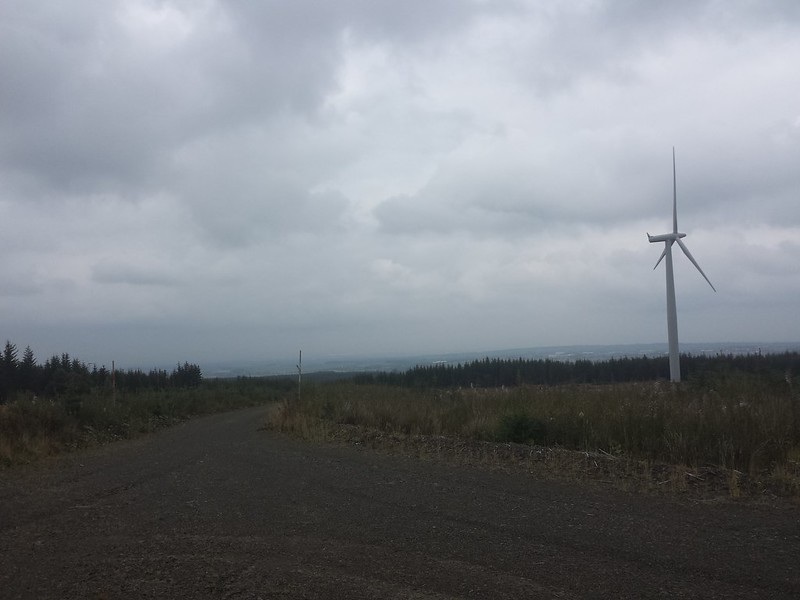 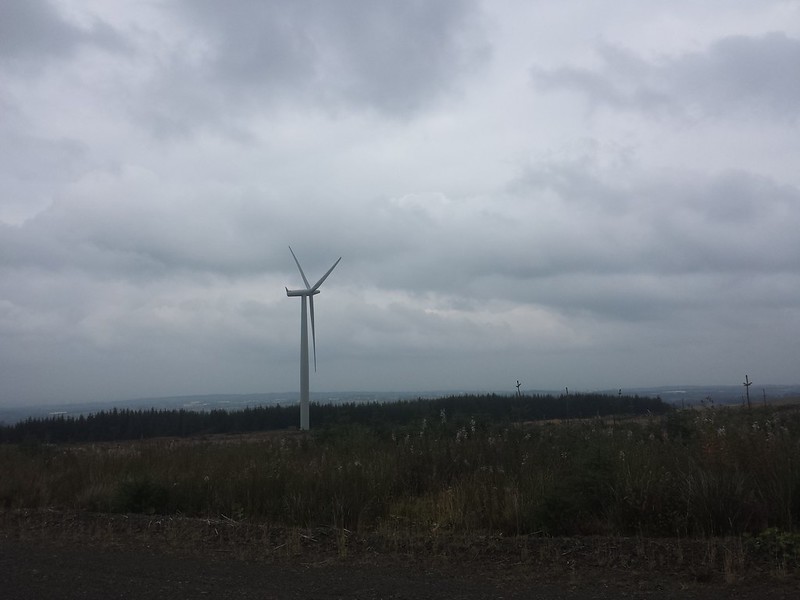 Finally, after much huffing and puffing, we make it and visit the remains of the old radar station.... 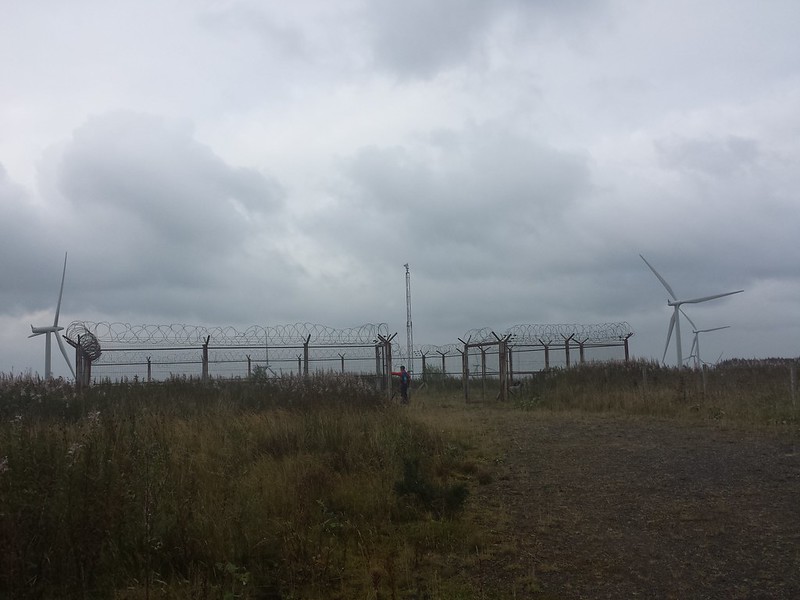 Aha, there's the trig point on the other side of the fence: 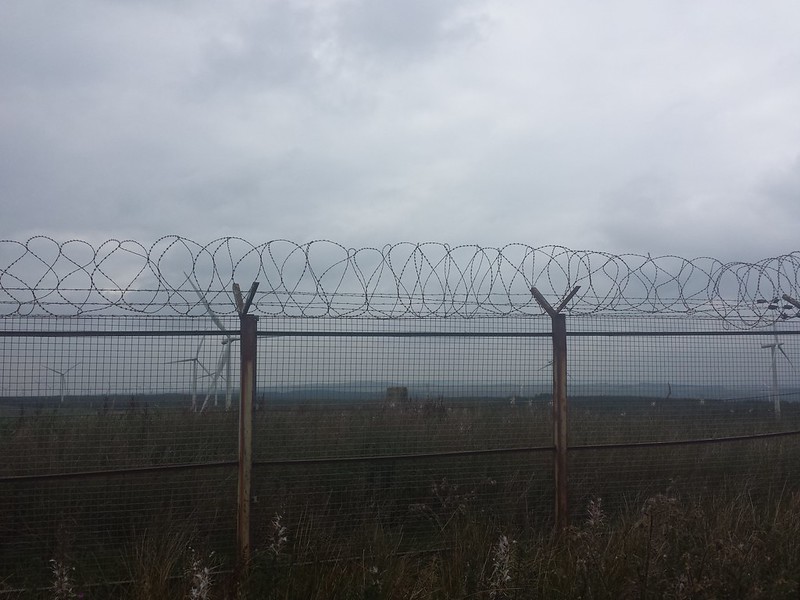 Time for a well earned break in what feels like a mini prison camp atop a hill! 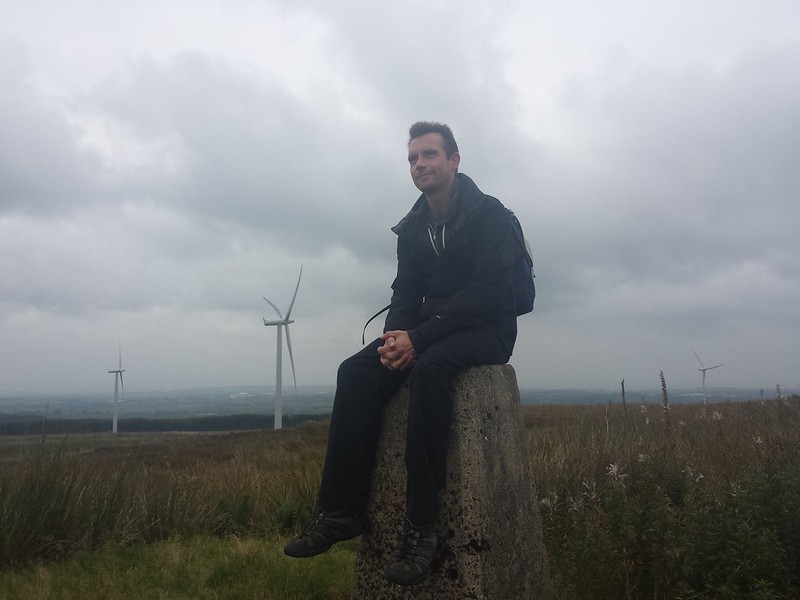 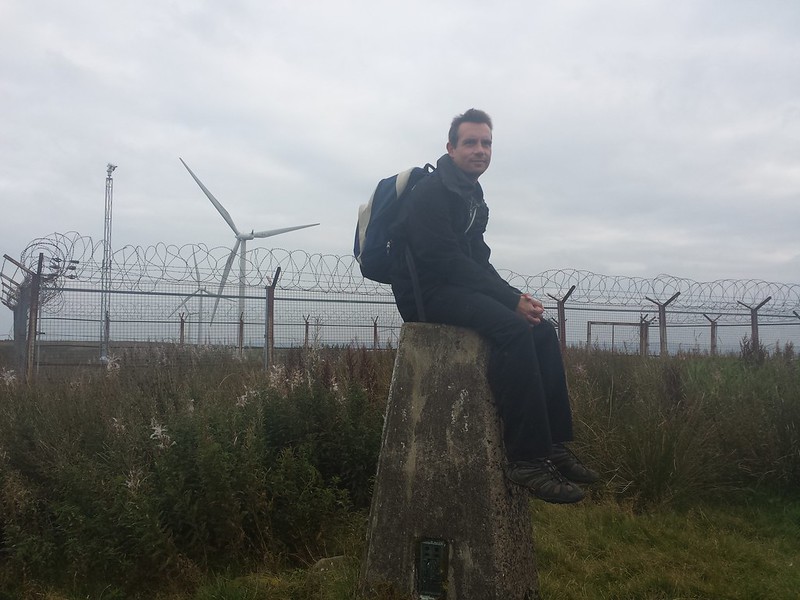 The view looking towards East Kilbride from the summit of Corse Hill:

Another summit shot showing some of the local flora to try desperately to make it look nicer than it was! 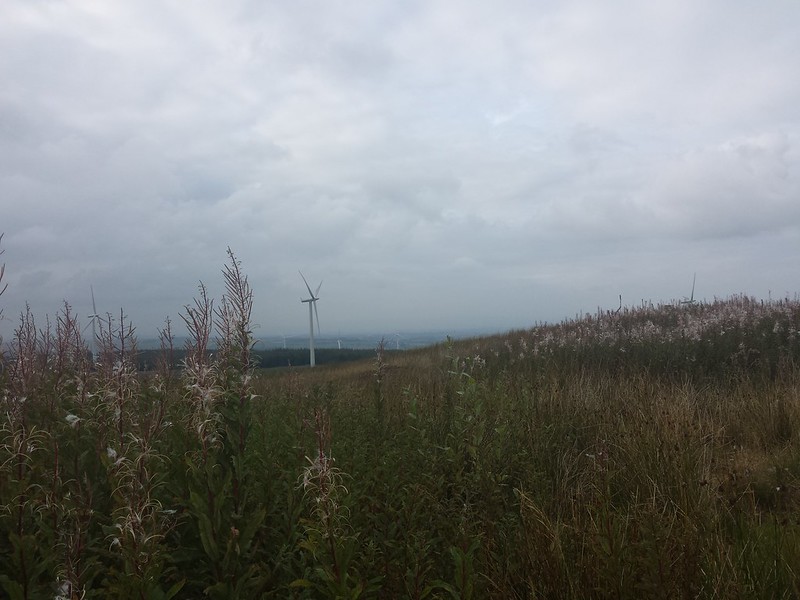 With not much else to see it's time to head home along the paths to the west then north again back to the visitor's centre: 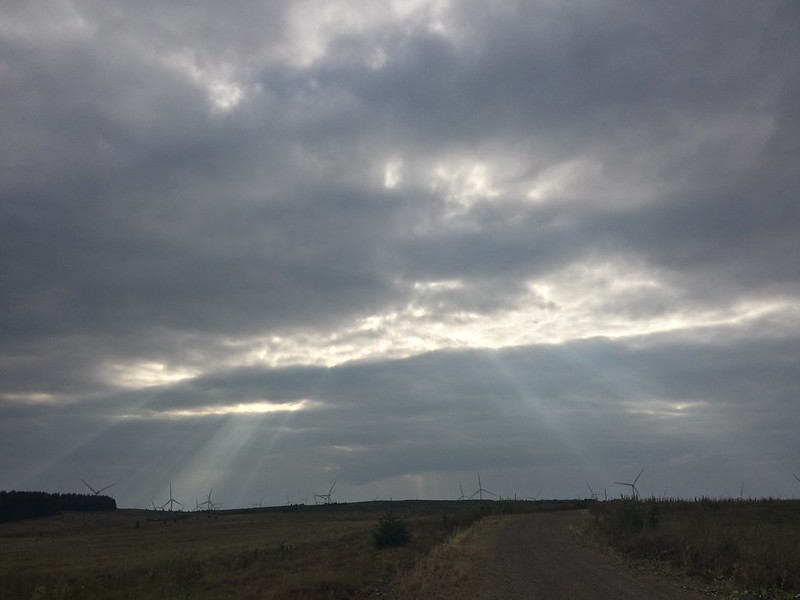 We take a different route back to vary the walk: 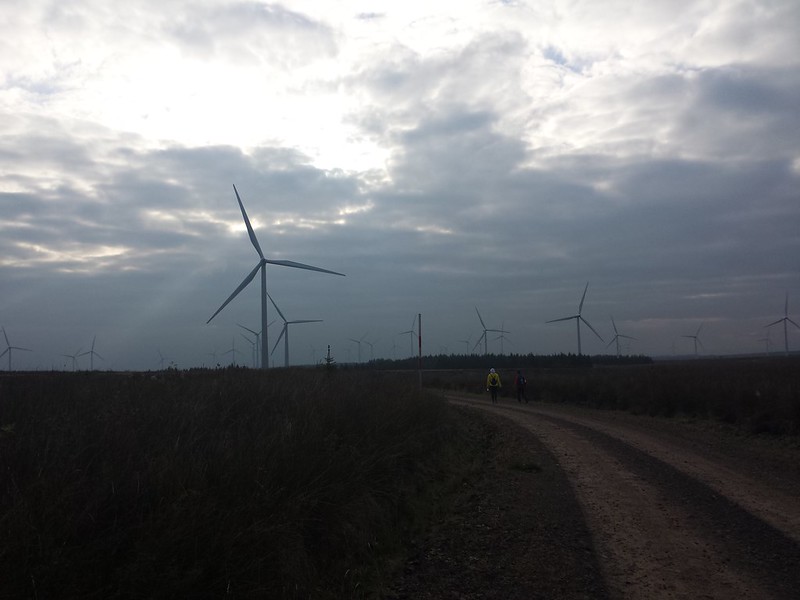 Iain and the kids who were absolute troopers during such a long walk: 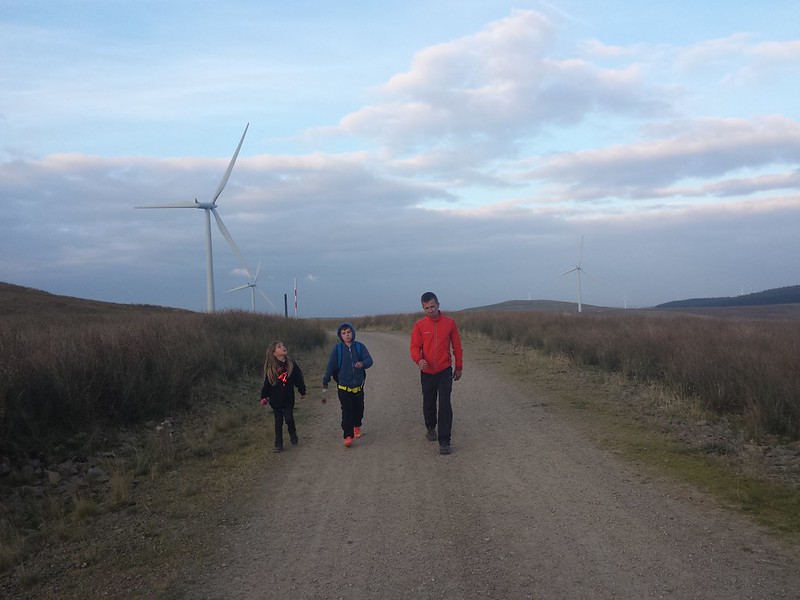 And that was that, no more windfarm walking for us, we have well and truly had enough and we'll be avoiding any more hills with wind turbines from now on!