Managed to park in the make shift layby, but nearly ended up on a tour of the lochs & glens courtesy of an a-hole coach driver. Switched on the GPS fantastic already 5 meters above sea level!

Up the station steps, under the railway, up a few more steps then of on the overgrown path on the left. Now in the notes from my favorite walking site, it says 'meanders through oak & birch'. Sounds pleasent even romantic. What it should say is slog steeply uphill getting smacked in the face by oak & birch all the while thinking i have to come back this way when i am knackerd. Then if your as lucky as me your mate who works for a certain electic company says 'I could have got a land rover from the power station to run us up to the dam'. Cheers 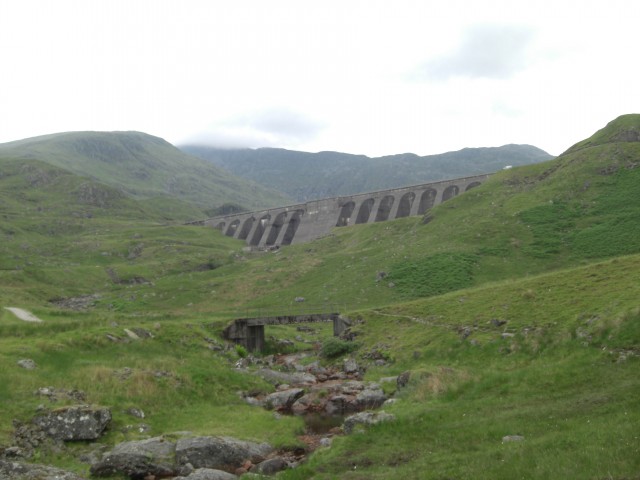 That all said once you are on the dam the coire around the resovior is magnificent. although for some reason i did not take a picture of Cruachan bearing down on the ridge. You can see the whole route & the way home.
Only read the notes to the line that says 'just before the track ends a small cairn marks a path up to the left'. So we took said path wondering why some others were not. Then read the next line ' However this path is the boggier of the two & it is better to take the one at the end of the track'

Up through the coire dearg to the lochan at the bealach. Some parts are quite steep, but you are soon up. Then up the eroded & stony path, then through the boulder field to the summit. Looking up to Cruachan From the summit the ridge looked great, if not a little scary. Stopped for first lunch for about half an hour & took in the scene. 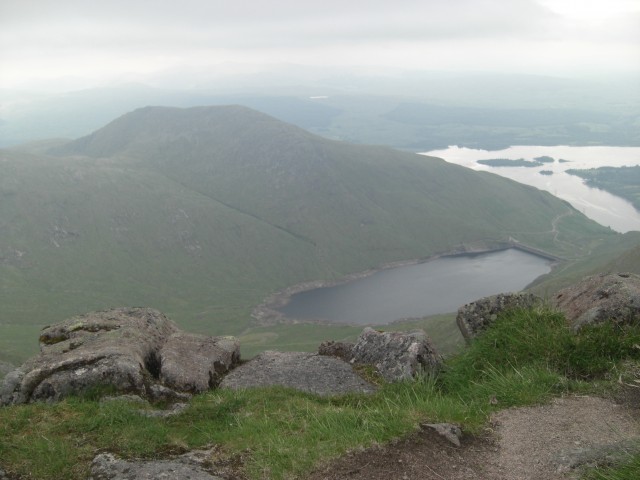 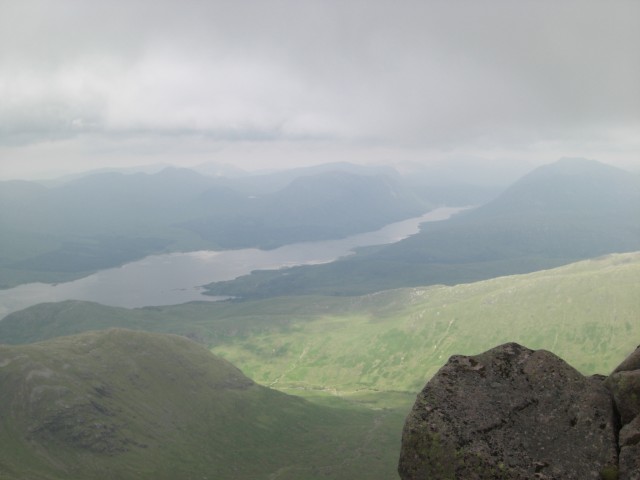 Picked our way down off cruachan & then had a bit of a scramble over the slabs & then down off them. After that the ridge becomes an easier walk, but looking back it is a beast & uninviting or challenging anticlockwise depending on your point of view. Over Drochard Ghlas & onwards to Stob Diamh. 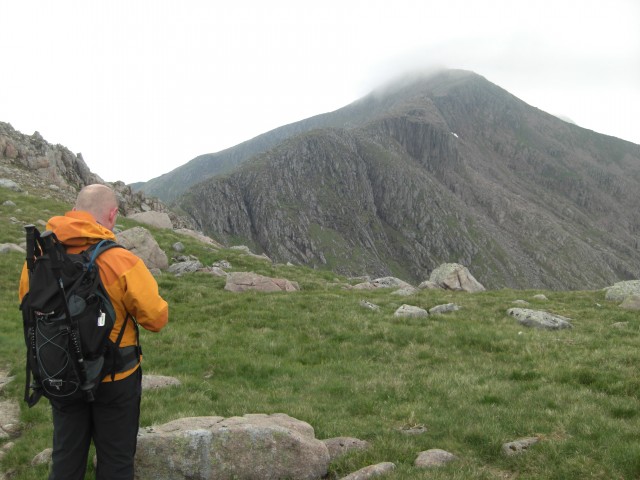 At the summit of Stob Diamh had second lunch & photos plus some chat with a group who decided one waas enough for them that day. 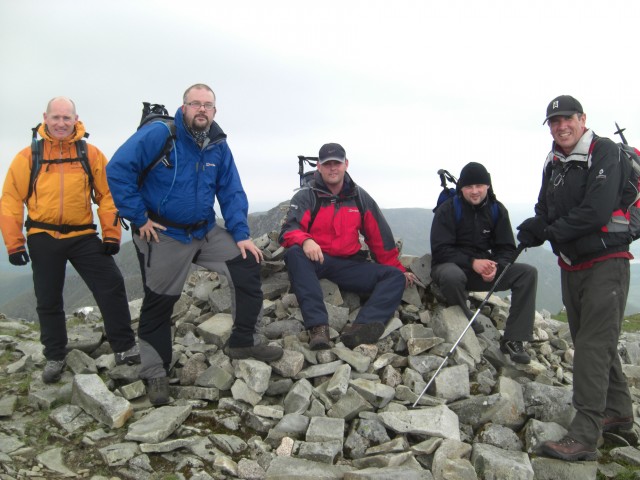 Then homeward bound over stob garbh & down to the resovior. From the dam down the evil path of the devil to the car. 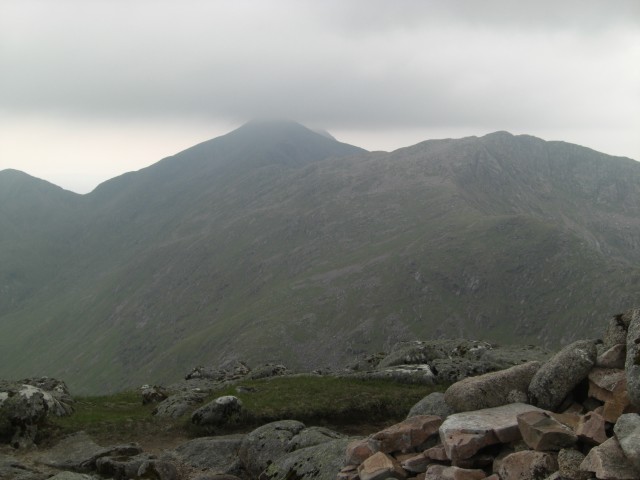 A great day, but effort required.

Nice report Jonny...
I was up there on Saturday. Nice cool wind blowing in from the west and mist for most of the early morning. Love the pictures

monty wrote:Nice report Jonny...
I was up there on Saturday. Nice cool wind blowing in from the west and mist for most of the early morning. Love the pictures

I read your report & we saw the couple with the dog twice. They past us just before the slabs on there way to Cruachan & then caught us up whilst we were stoped for a cuppa at Stob Diamh. Our summit pic was taken by them. Off to Glen Etive on saturday. How about you.

Hi Jonny,
I am recovering from a good walk yesterday and may goto Glen finnan on Friday. then possibly the ring of steal but it all depends on the weather. If its looking like a washout then the drumochter two are on the cards

Enjoy your walk in Glen Etive.