our_route.gpx Open full screen  NB: Walkhighlands is not responsible for the accuracy of gpx files in users posts
My first proper visit to the lakes. Obviously with the family so I can only really get away for 1 day to myself but managed to cram in as much walking as possible. To be honest when I got to the pier I wasn't going to do any more and got the boat back to Pooley Bridge. At that point my feet were killing, and the dog didn't look the best either (well he is almost 13 now).
The weather started off fine but soon a front blew through, the wind picked up and the cloud base lowered. We were ok on Loadpot Hill, but by the time we had got to High Raise the mist was down and we couldn't see a thing. High Raise - wind in my ears

we decided to wait it out and see if it blew threw, which it did after a bite to eat and the view of Rampsgill Head revealed itself before heading off to Rest Dodd via The Knott. We ventured out to The Nab before heading home via Brock Crag, Angeltarn Pikes and Bedd Fell. By then we had both had enough and were just looking for somewhere to a lie down. 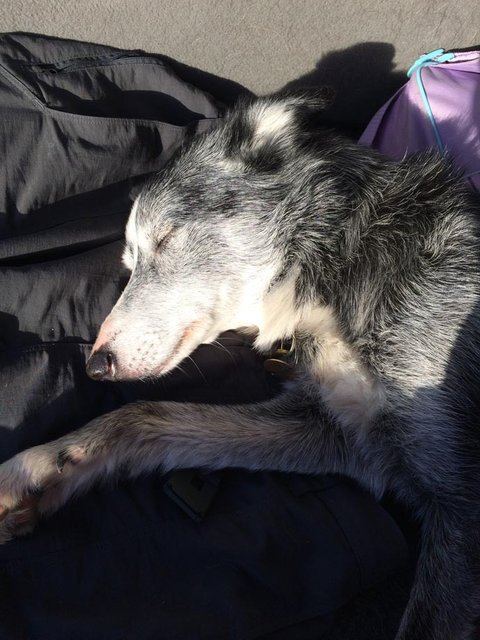 Well talk about making the most of a day.....damn

Lovely to see an old dog out enjoying the hills, that last shot is perfect, great effort from both of you

Yea, well I don't get to get up in the hill very much these days, so I make the most of it when I do. Was away that week with the family and I get a day to myself normally (apparently its considered bad form to abandon them all for more than one day when on holiday together).