I've had my eye on this hill for a while, a decent walk in, a part of the Cairngorms I love, and a great viewpoint, all I needed was the weather and today was the day.

I set off from Glenmore Lodge just after 8am and all I could hear was the constant sound of a helicopter overhead. The midgies were out in force so I didn't hang about walking through the trees past Lochan Uaine and on to my right turn (signed Braemar) short of Ryvoan Bothy. 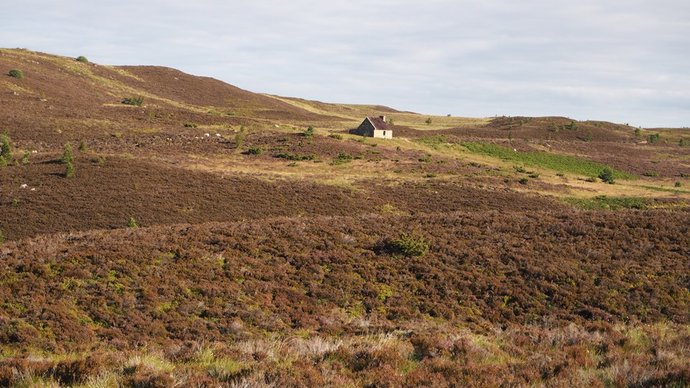 The track is now a bit wetter and stonier but still easy going and it didn't take long to reach the bridge over the River Nethy. 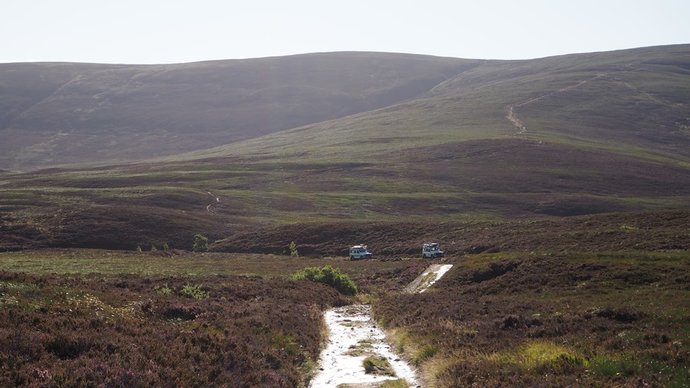 MRT heading towards me MRT with Meall a' Bhuachaille in the background 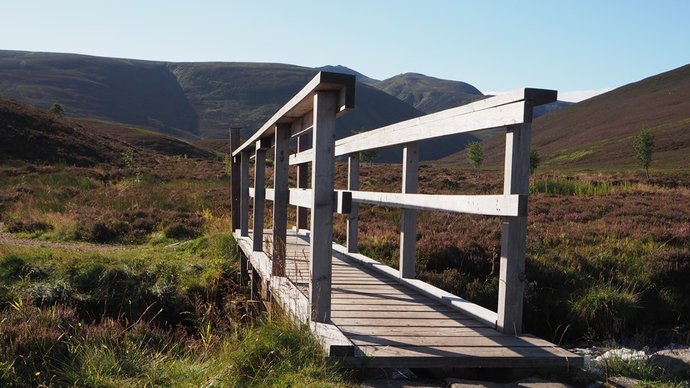 Once over the bridge there is a really good path all the way up to the point where the Bynack More path heads off to the right. No cloud cover at all at this stage Left to Fords of Avon, right to Bynack More Once past the turn off for Bynack More I'm on new territory, I've been to the Fords of Avon before but never from the north. The path stays close to Bynack More, initially losing a bit of height before dropping in to a short damp section and then climbing again on a drier part of the path.

At this point Creag Mhor can be seen but just the tor on the top and there doesn't seem to be any sort of climb (there is, but not much).

As the path gets closer to Creag Mhor it loses height again and crosses a burn and it's now time to choose a point to leave it behind and start the final climb up to the summit. It turned out to only be a 15 minute walk from the path to the top of Creag Mhor. The first ten minutes were on damp heather/grass (with a few frogs for company)and the last 5 minutes was on short dry heather on an easy gradient. Looking towards the Fords of Avon Looking up to the summit of Creag Mhor from the path Looking back to the path I spent about 15 minutes at the top, the views were great but there was now a bit of cloud cover around. The walk back down to the path was straight forward, just took my time a little bit to make sure I stayed upright on the wetter bits.

Back on the path I decided to retrace my steps - I had initially thought I might go up Bynack More but my excuse for skipping it was that I had seen the best of the day and the clouds continued to gather (never really any threat of rain). The view of Bynack More again

The drop down towards the River Nethy was quick on the good path and just a really comfortable descent. There are now a few people about and once back on the main Ryvoan path it's positively crowded.

After giving way a couple of times I got a bit fed up so stuck to the side of the track, picked up pace, kept my head down and just waited for others to get out of my way - a bit anti social I know but this can get on my nerves on busy paths.

Anyway, a really enjoyable day, especially in the early morning sunshine when the views were just brilliant.