Corbetts included on this walk: Beinn an Oir


As I have lived all of my life in Scotland and not been on any islands other than Skye, (ok Arran last year) I thought it was about time I did something about that

So as my wee dog was called Jura (after my favourite Malt) it was about time I got my ass over there, and as I was sneakily picking away at Corbetts what better than a bit of a walk when I was there

Well the first part of that may be correct as they don't seem as easy to get at, as most of the Corbetts were and are mostly in groups of one or maybe two unlike Munros which often are grouped two, three or often more per trip which makes the challenge less so than the Corbetts. And the second part is just not true (at the moment) as the Corbetts I have climbed have been as hard a day if not more so than a good lot of the Munros

So the plan was hatched, first I had to get a half decent day or two (as I planned on camping at least over night) then I had to sort out travel, which turned out a bit of a challenge from Doune, firstly I could drive to Kennacraig for a ferry then across to Islay then another ferry to Feolin on Jura then a bus to at least Craighouse or I could drive to Tayvalich and get the Jura passenger Ferry at a more reasonable time and less of a drive, also it let me see another bit of Scotland (Knapdale) I have never seen before while I drove. It was a wee bit dearer than the other means of transport At £20 each way but far more convenient times and it went direct to Craighouse on Jura 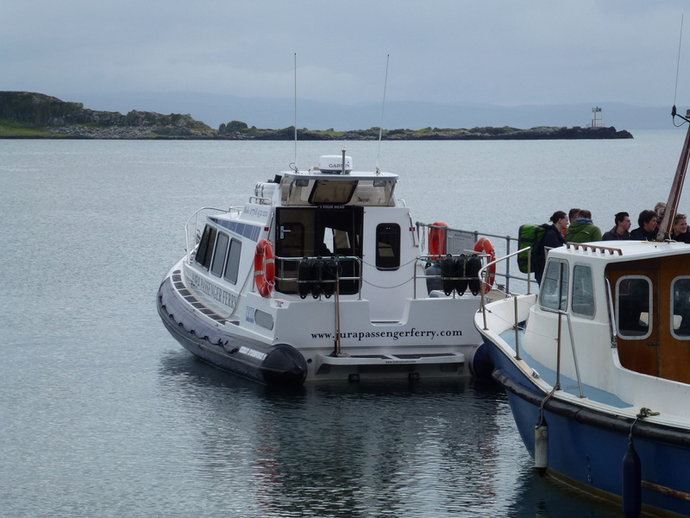 
So there I was on a less than perfect start weather wise, but the beeb had promised it would clear up and so it did I decided just to walk the 3.5k to the start at the three arch bridge and if a bus passed then I would wave it down (that walk took an hour exactly) , which proved to be a right pain in the arse because of tussocks with two feet of grass on them but less of a pain than the mucky trench of a path that follows the burn

it was awful as I found out on my return !
These hills are steep! I had seen them many times before from Arrochar etc and thought they would be easy, but how wrong I was

They were very steep and had very loose scree, on I went though and before long I was feeling it on my butt cheeks and calf muscles , as I hadn't been out walking for 7-8 weeks I guess I had lost my hill fitness, this went on for around an hour with lots of stops to groan with pain and wiping sweat and there I was on the summit of Beinn Shaintaidh and what a view you get up there 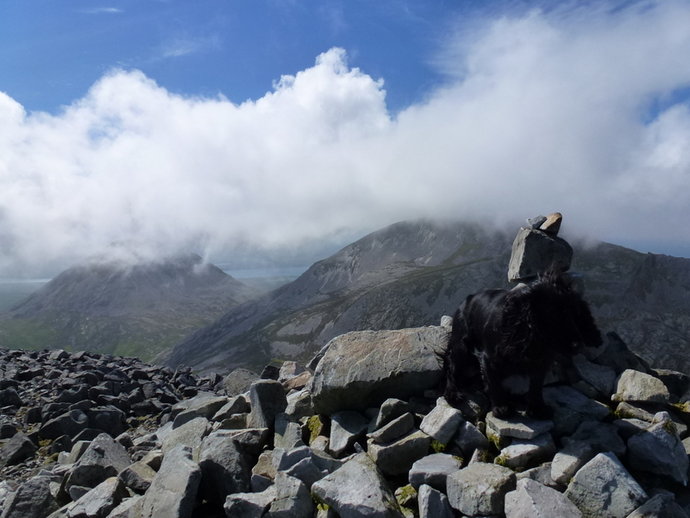 , as I had said earlier the weather did clear up so the views all round were pretty good A wee rest for me and poor wee Jura and off we went down the SW side of Beinn Shiantaidh being careful of the rocks and scree with a bit of easy scrambling thrown in for good measure, wee soon reached the the bealach and there was a fairly obvious path to follow at the foot of Beinn an Oir Wee Jura just doing what she is good at ;-)

, first it went N for a while then turned W for the last 300mts or so then a final wee push SW after the two ruined buildings and we were at the summit , and I was Pooped . It was then that I decided that enough was enough and I wasn`t doing the third summit as I not only had the walk back to the bridge

but also another 3.5k back to the tent and food which if I left any later then I might miss last food orders at the hotel

back to the Three Arch Bridge which was the most awful path I think I have ever walked, it was full of deep mucky holes and lots of tussocks which if you slipped on you were getting wet, which I did in the end

as I had to walk back the 3.5k to the tent etc with a wet foot ! So with the lure of food and a dram or two I had to get a march on and fairly quickly it seemed I was back at base, dog fed and a quick change and it was time to eat

I left at 1130am and was back at 830pm which was not bad I thought considering I had started my day at Doune at 6am. 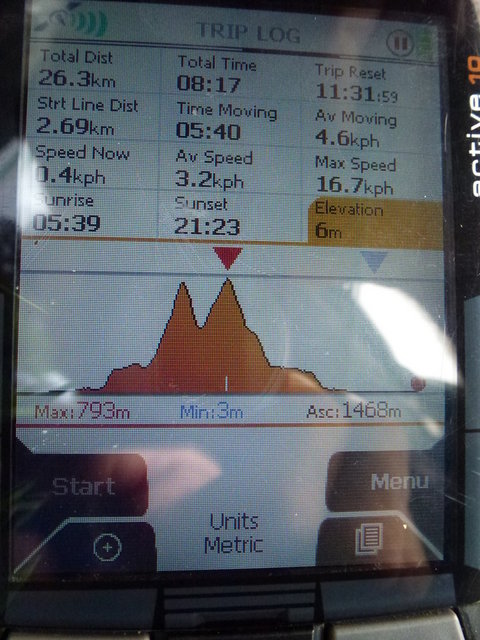 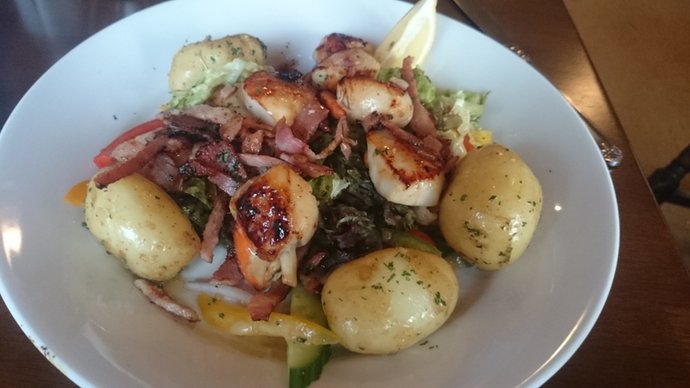 , so as you can imagine a couple of beers and a couple of half's later I was a bit wobbly and of course it was too early to retire for the night so I had a wee wander around Craighouse, which is not very big to be fair but on my travels I watched two otters in the bay between the campsite and the pier 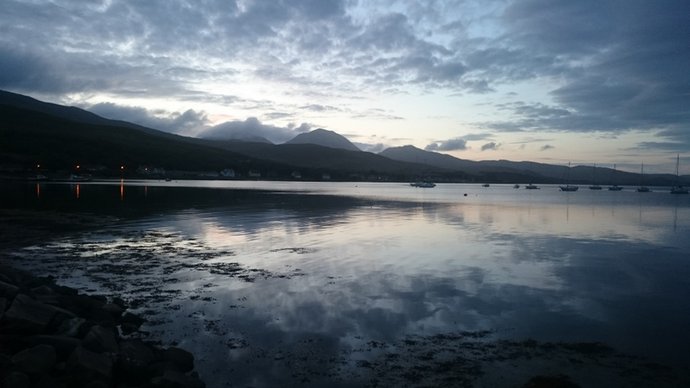 . A few photos later and it was time for bed, and my wee Vango was barely big enough for me but I also had a small cocker to deal with, and that was for me one of the most amazing things just how well she settled having never been in a tent before, she just couried down and I never heard or felt a twitch all night 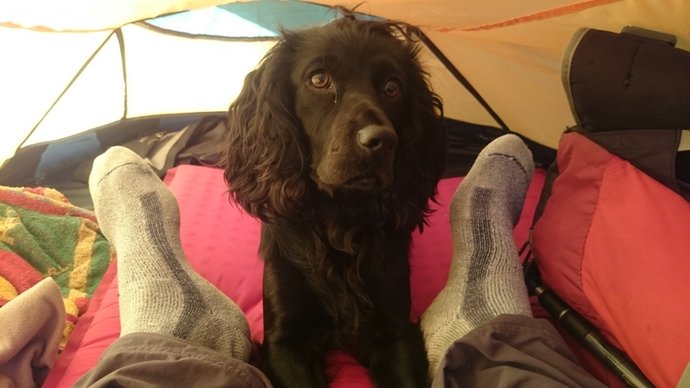 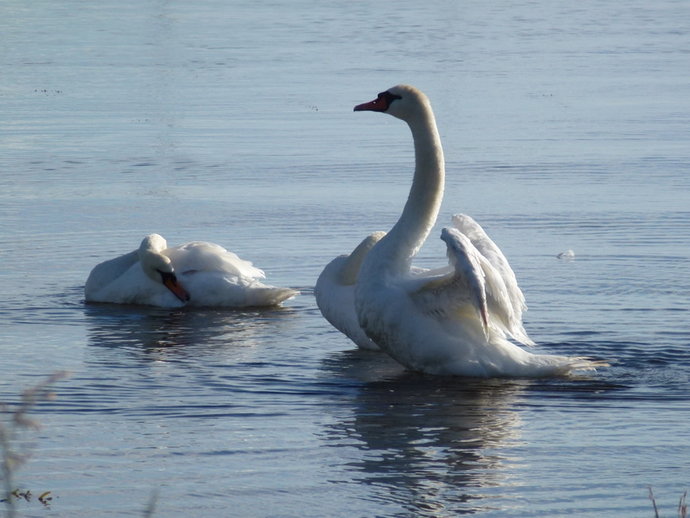 Swans out front of the tent 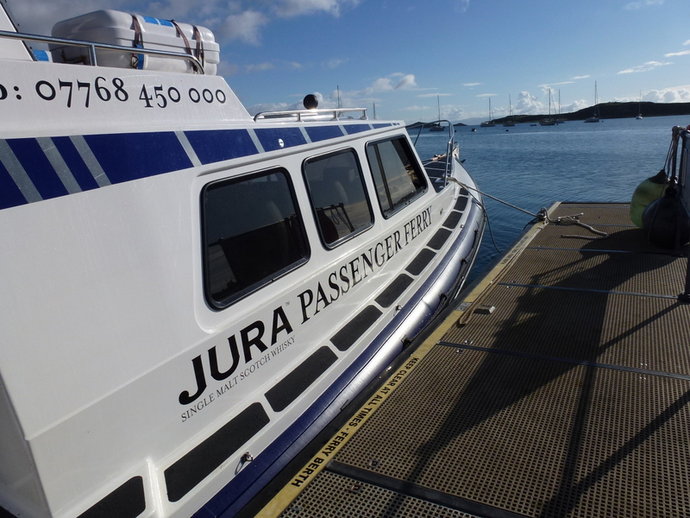 . The sea was flat calm which made for a great crossing and another heap of photos 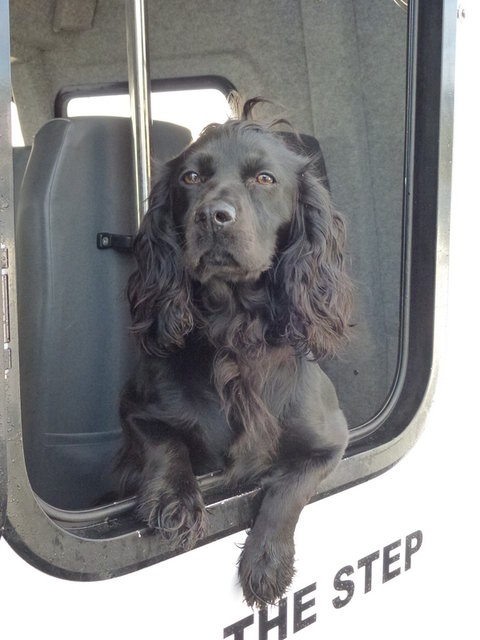 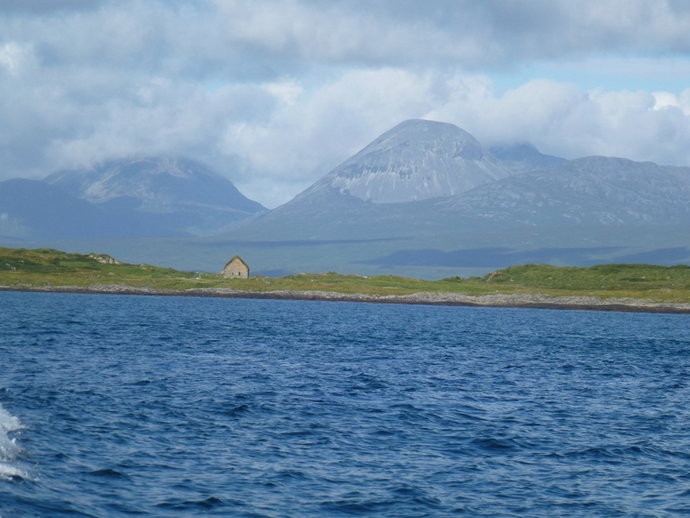 and before long I was back at Tayvalich and what a stunning place that is more so maybe because of the morning light, it was just gorgeous 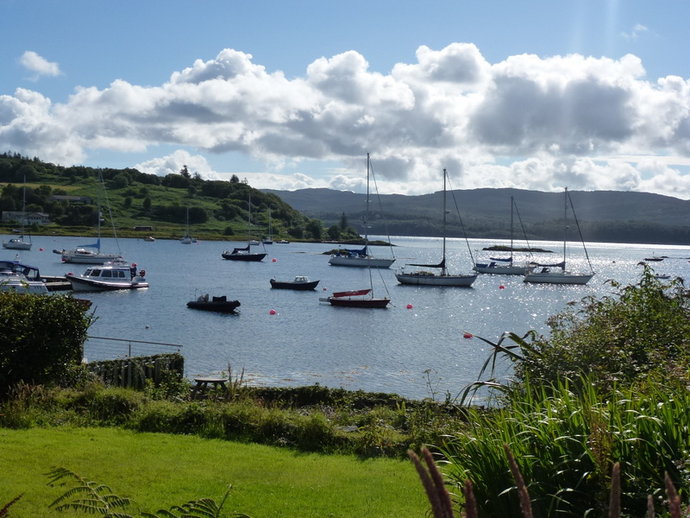 . So there we have it Jura is a stunning place which I will go back to, and I would recommend to anyone thinking of a trip, Just Do It ! You`ll love it.
All that was left to do was the drive back which was long but driving through such a gorgeous bit of Scotland made it a pleasure

Great report and love the photos, especially the one of Jura looking out of the ferry window!

Stunning pictures tall story. Wee jura is a wee cutie. Wod love to join you on some of your adventures

KatTai wrote:Great report and love the photos, especially the one of Jura looking out of the ferry window!

It was a bit of an adventure for both of us, but it all worked out well.

. Seems that you got the weather, which is easier said than done, judging by many other reports I have seen. Im hoping to get over there sometime this autumn. There's so much good walking to be had on the NW coast but I'll be more than happy enough with the Paps for my first visit. Cheers

Cracking report Colin, was hoping you'd report on it after seeing your Facebook post as I've no idea of the logistics of it and would like to go there someday

I like the pic of captain Jura too, oh and it's a very fine malt, me and my mates shared a bottle in the Shenevall bothy last year

Looks a fantastic day. A beautiful dog you have there too.

Beautiful pics of a beautiful place, and yes my favourite dram too. Love the pics of Jura too (Jura the dog....gets a bit confusing this one

Been thinking of doing the Paps, obviously I'll wait till its dry

Aye Dave, it sometimes is a wee bit confusing with two or even three Jura`s in my life, especially if I have been at the one that comes out of the bottle

Thanks to all others for your kind comments

Does that mean I will have to re-set my Ballons