This was day 3 of walking for me at the Aultguish Summer Meet. When looking at what walks were near to where we were staying that weekend, I had checked this one out on the map, but hadnt look at anyones reports on WH so didn’t know what to expect. The SMC book had mentioned taking a path up the east side of the burn.

We parked at a small parking area immediately over the bridge at Ardessie on the A832. We decided to take the path on the west side of the burn. The bridge and our starting point/ way up

There isn’t any obvious path to begin with and involved scrambling up through trees and bushes. Start as you mean to go on. 2nd place

Once through the trees, we followed the burn over some huge slabs. The walk up the west side of the burn didn’t seem long at all as the views were fantastic. Stunning waterfalls all the way up and nice views back down to Little Loch Broom. 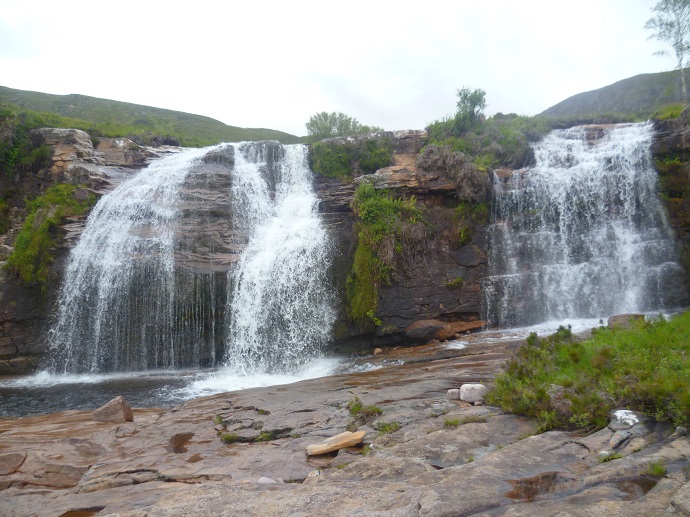 Just over 1.5km we decided to leave the burn and headed north west. Once leaving the slabs and the west side of the burn, the going was very slightly boggy but nothing too major.
We skirted to the east of the crags and began our ascent. Our starting point on the ascent was quite steep and involved a wee bit of a scramble here and there. Starting point for the ascent 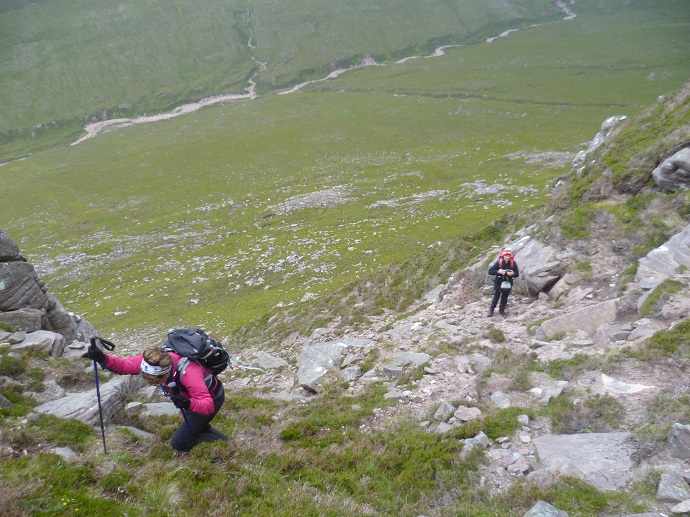 The views back towards An Teallach and ther fisherfields were awesome to say the least. 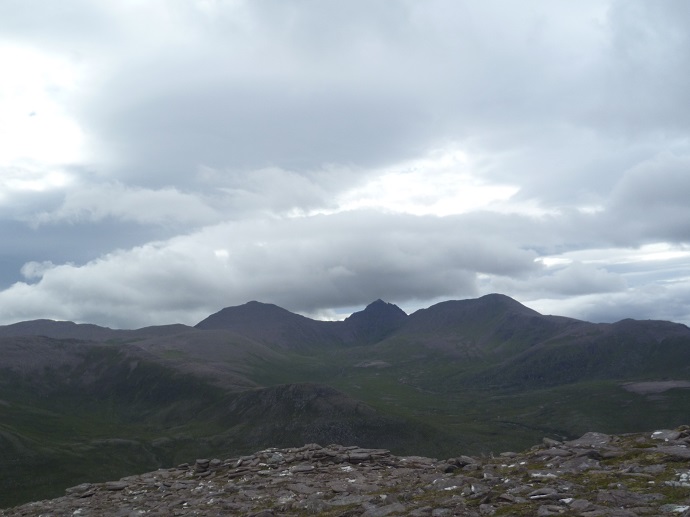 Once at the top of the steep section, we reach a flat area where we stop to refuel. 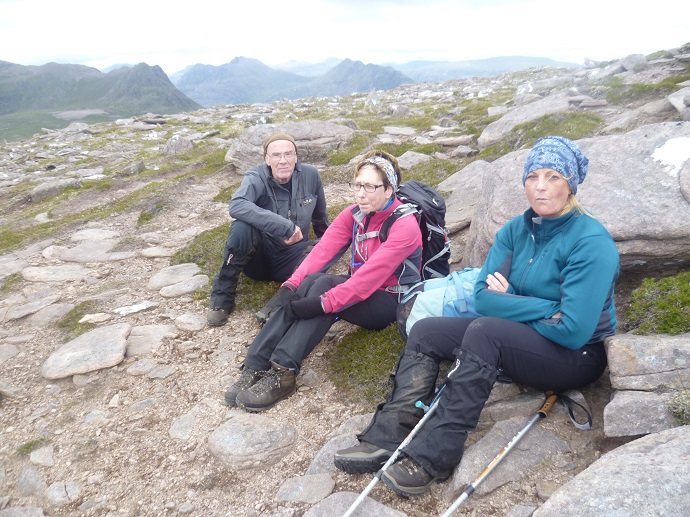 After a good 10 minutes rest (for Rod) we headed north east up over some small boulders towards a cairn. From here we headed down for about 50 m and then continued up an easy going gradient until we reached a huge shelter stone. Heading up Sail Mhor, looking back at An Teallach

Thinking I had reached the summit first ahead of the Rodmiester I grabbed 40 winks, whilst the rest of the crew arrived. 40 winks at the shelter cairn

Then Evie pointed towards the small cairn further west. Therefore we headed, some of us quickly towards the summit cairn. The wind had started to pick up so we decided in having lunch back in the shelter cairn. Here there were extensive views all around. 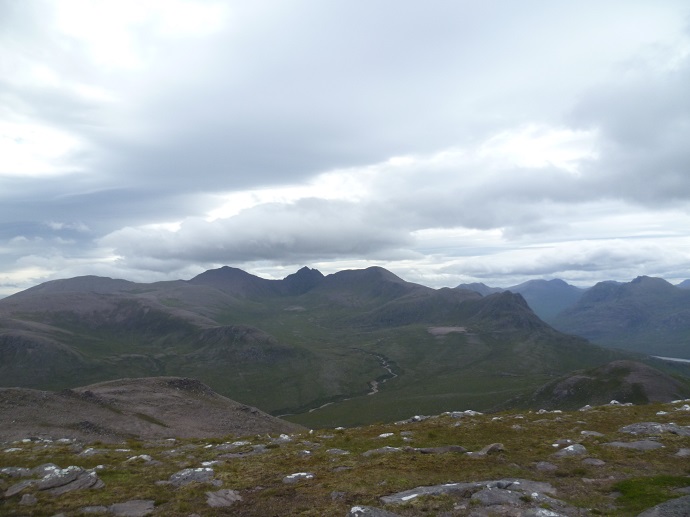 We stopped for a good 15 minutes lunch and picked out some hills. Rather than coming back the same way, we headed south and down towards the bealach between Sail Mhor and Ruigh Mheallan. Just before the bealach we headed across some extremely boggy ground back towards the Allt Airdeasaidh. Back over to the Fisherfields

We followed it for a spell and then headed towards it once we could see the path on the east side of the burn.

We found a suitable place to cross and then picked up the path on the east side of the burn and headed back down towards the start. The views on this side of the burn of the waterfalls were not so good.

If climbing this one id recommend going up the west side.

West is Best
Back to the car in 4 and a half hours ( and unlike the RM that included the breaks/ lunchstops !)

A fantastic wee Corbett with views all around and good company. Re: Sail Mhor - Totally unexpected but West is Always Best Crossing to the east 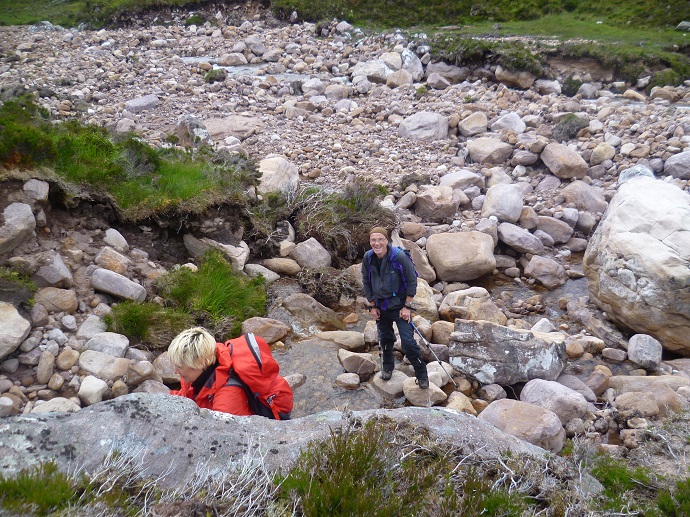 Evie and Jelena on the east side

Re: Sail Mhor - Totally unexpected but West is Always Best

Until the next time