Despite the many visits to Crianlarich through the winter and spring, I hadn't gone up either Ben More, or Stob Binnein. So I picked a cracking day to climb it!

Weather was a slight breeze to keep the midges away and blue sky with only a few clouds floating gently by. I had decided to tackle it head on; I don't like out and back walks, and walking up to the col and then to each summit really didn't appeal at all.

So, parked up at the wee sign by the side of the road at Ben More Farm I headed off up the farm track. Dougal (the Disco) is hiding just behind the trees at centre-right. 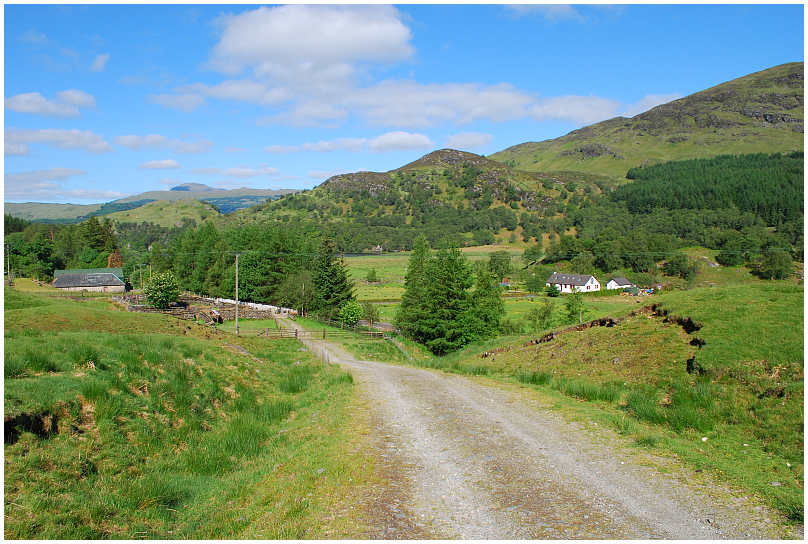 The first target of the day, I hoped. It looks... 'interesting'! 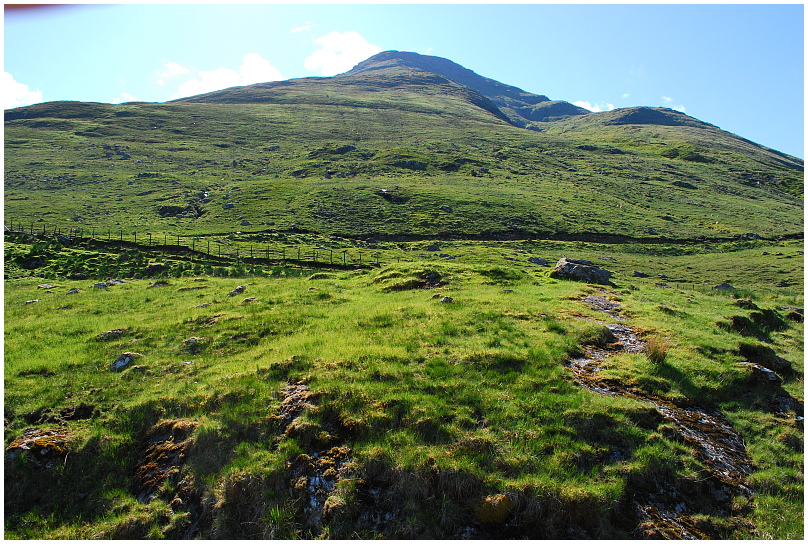 After the last of the zigzags before the track traverses round the hill, I headed up the grass to my left. There didn't seem to be any preferred routes or starting points so I just made it up as I went along. 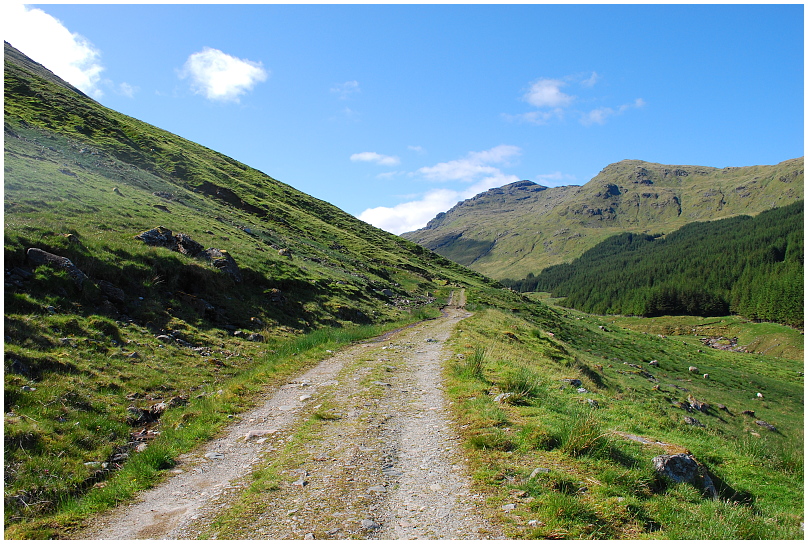 A path did sort of appear after a while, but it wasn't until I neared the wall high up did it really settle into a well worn path. Whilst the going was hard work the height gain was fast. 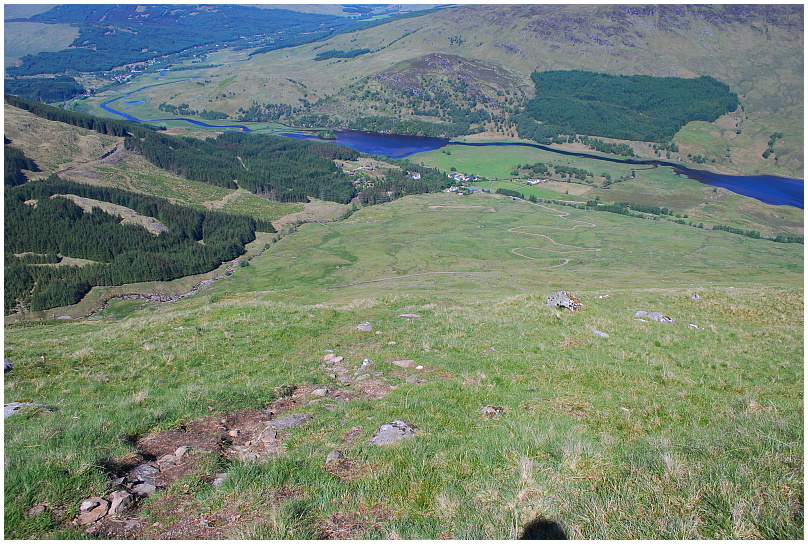 And the views were just fantastic! 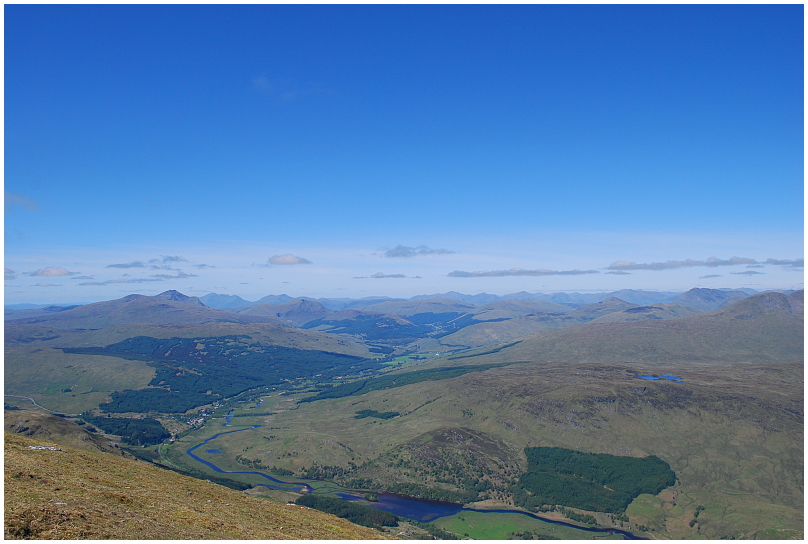 The Lawers group were the other direction. 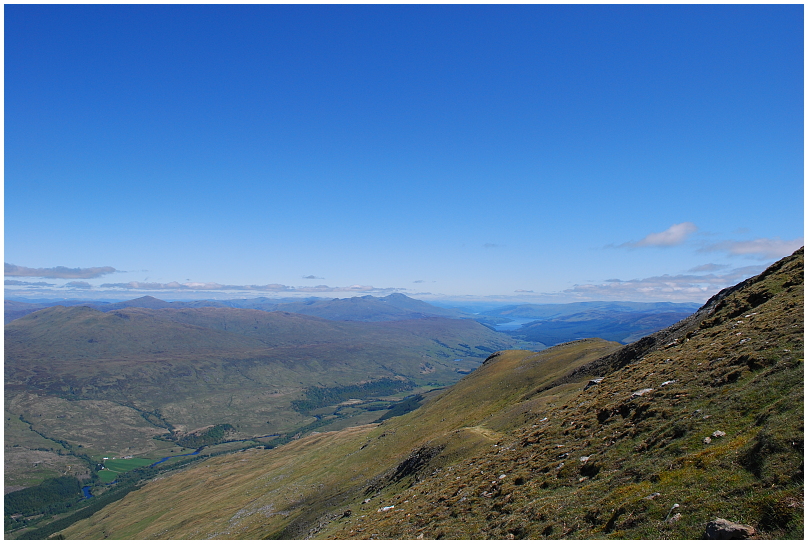 Most of the way up I had a reasonable breeze to help keep my temperature down a wee bit... until I was just short of the summit when it either dropped completely, or I went into the lee of the hill. Result was that on the steepest section, so I couldn't take my pack off, the midges got me. Stupid here had left her Skin-So-Soft in the pack and not in a side pocket. D'oh! 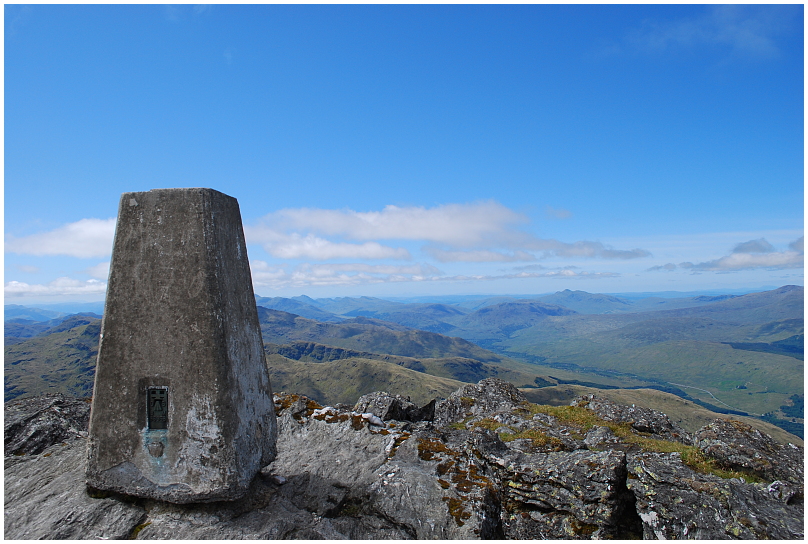 Looking across the col to Stob Binnein. 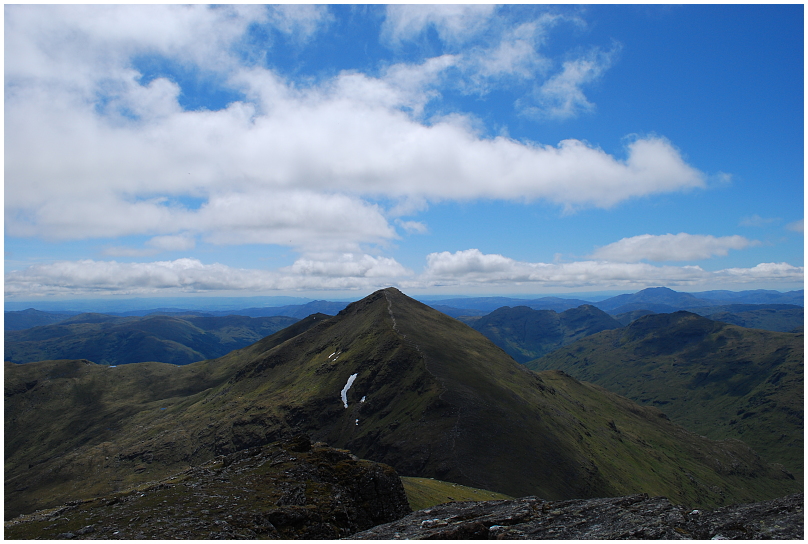 Cruach Ardrain, which I had been up in the winter, looked splendid. 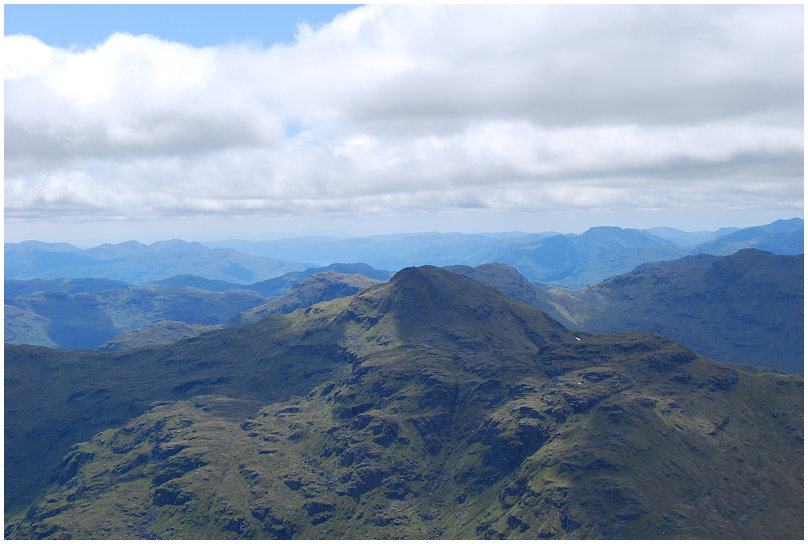 As I was heading down to the col, a knee started to make its presence felt. Not drastically but enough to remind me it was still there and could make life unpleasent any time it felt like it. So I decided to leave Stob Binnein for another day. I didn't want to either damage my knee this early in the trip or leave myself too knackered to do anything else! 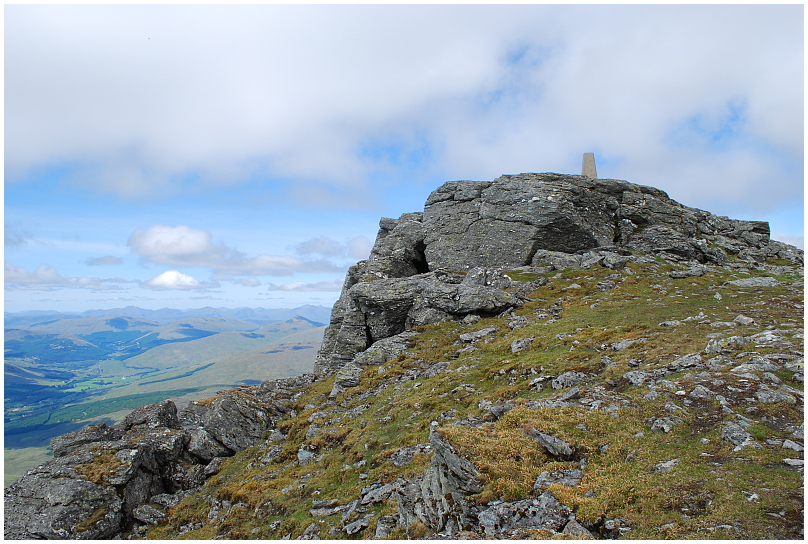 At the col I turned right and headed down the slightly boggy slopes to the end of the track, admiring the views around, and chatting to a guy who worked for/with Land Rover as an expedition chef on the G4 and previously the Camel Trophy trips. Fascinating stuff. 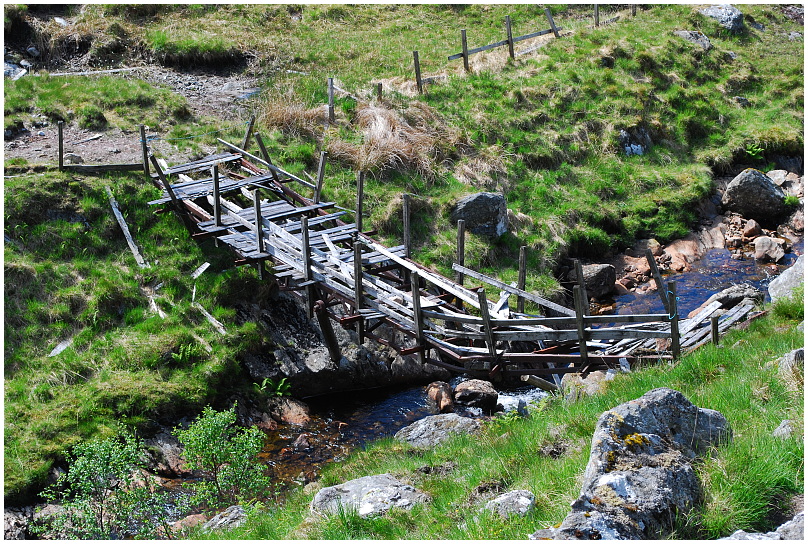 As a postscript to the taking it easy bit; the next day my knee hurt even more, and I was absolutely shattered.

Some lovely pics and a stunning day! Always a bonus.

Hi Beth.....
Nice walk with some lovely pictures. It looks like quite a haul from this side up to the summit

As for the knee you done the right thing. Stob Bineinn is nice from the south.

Stunning pics Beth, love the colours. Are you using filters?

Must have been unlucky to miss you when you saw the Walkhighlands van at Glenmore Lodge - I walked all the way round Bynack More (this route) whilst you were heading up top. That was a cracking days weather too though.

Hi Paul. No filters, or post-processing, just straight off the camera - Nikon d60 with the standard kit lens although I do have it set to the first level of 'vivid' colours.

I kind of hoped to bump into you, I did keep a look out. It was an absolute cracker of a day wasn't it! I couldn't believe I made it over to Bynack More and wanted more, so did the Beag as well, even played in a wee snow patch in the coire before heading back to Glenmore. Trip report will be along later after my Ben Macdui/Cairn Gorm triumph.

Well done on great pics and report. I have no decent photos of my day on these two, so this report really appreciated

Great pics there - couldn't see a thing when I did these two but it's good to see what I was missing.