Knoydart prelude - a stroll out to Inverguseran

Knoydart prelude - a stroll out to Inverguseran

A visit to Inverie was suggested by Alan (Mountainstar) some time back, and I jumped at the chance to go over and get up the 3 Corbetts I hadn't been up out that way. In fact I'd never been to Inverie before, always approaching the Knoydart hills from Barisdale or Sourlies in the past. Of course there was the weather to contend with, but the forecast was looking fair for a change.

I left work at lunchtime on Friday and jumped on the bus down to Fort William. After a late lunch and a pint, it was time for the scenic train journey out to Mallaig. We passed through all sorts of weather on the way west, with things looking grey and showery by the time we reached the coast. I arrived just in time for the 6pm ferry, which had 7 or 8 other folk on board. 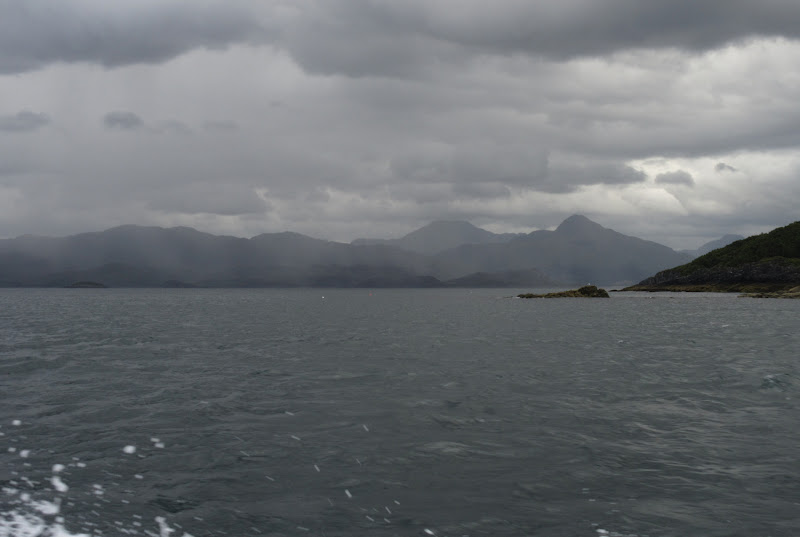 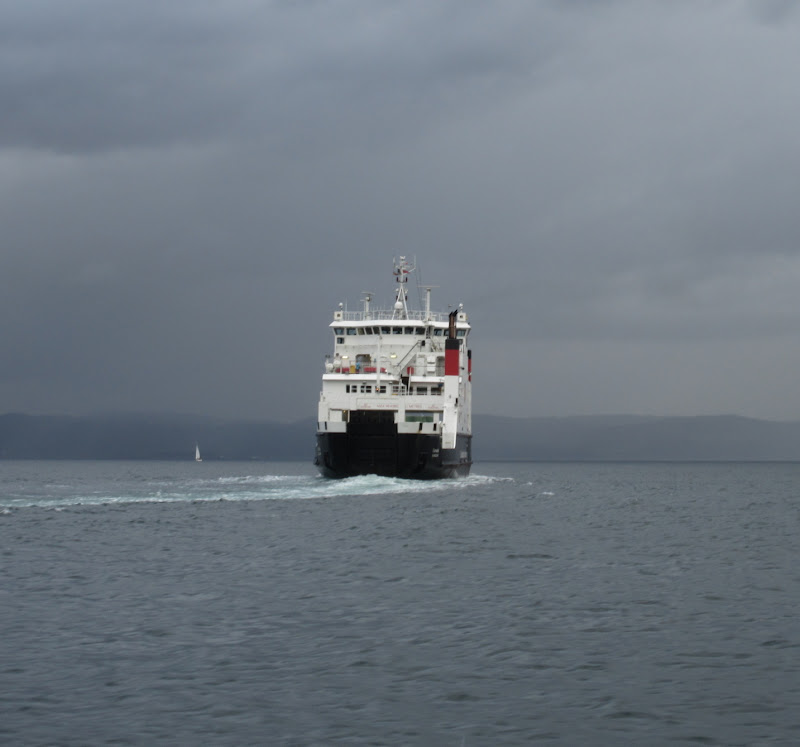 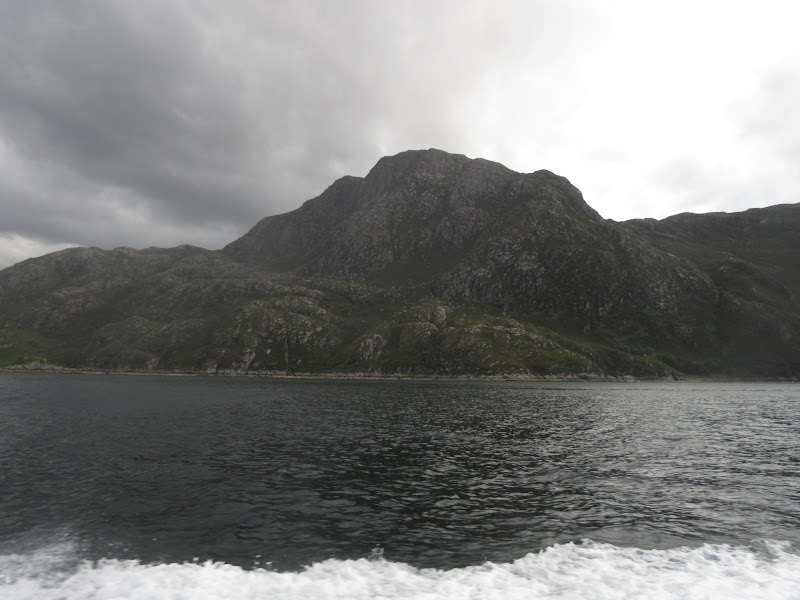 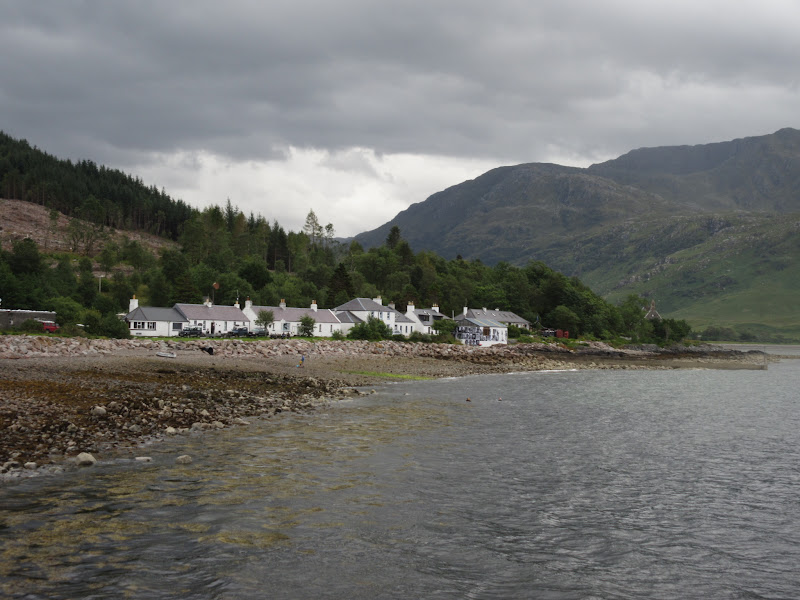 Walk-in.gpx Open full screen  NB: Walkhighlands is not responsible for the accuracy of gpx files in users posts
Once off the ferry, I headed straight for the path to the west coast. It was 6:30pm and the days are noticeably shorter now. I thought I'd still have the tent up before it was dark. It is a fairly uneventful walk along a good track to Inverguseran. There were a couple of showers along the way, but on the whole the weather improved as I approached the coast.

Looking out across the Sound of Sleat: 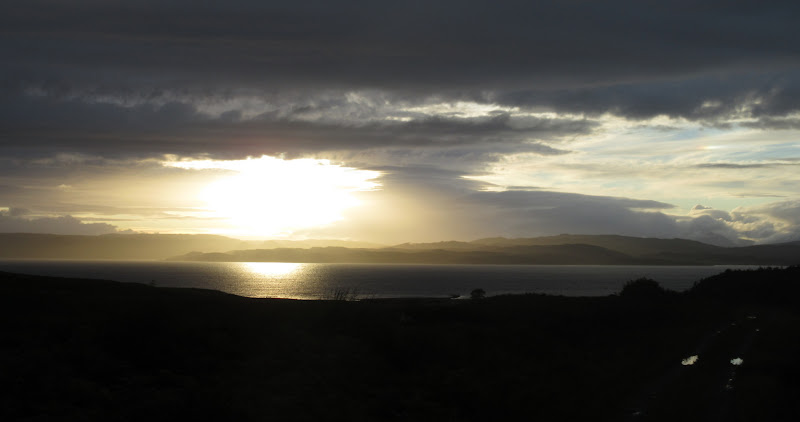 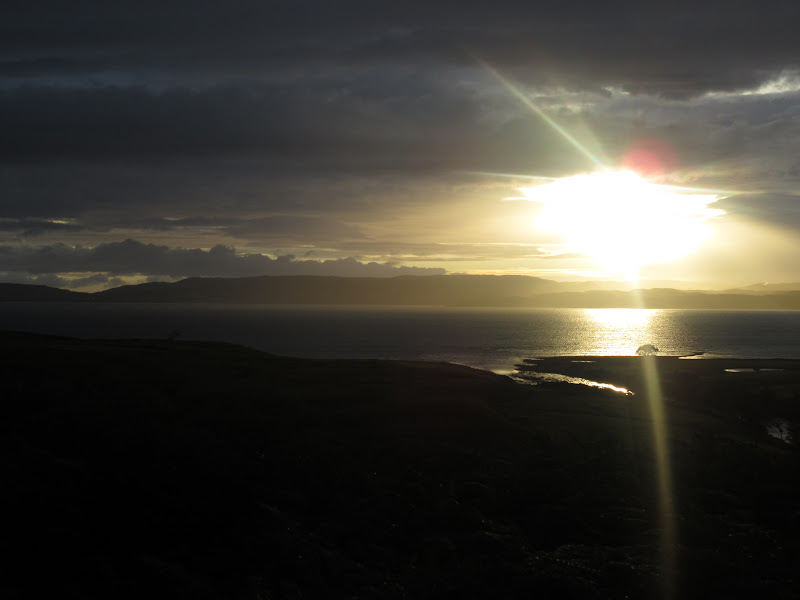 At the gate to the farm, I decided to cut a corner. There was a path following the fence to the right which I decided I'd follow to the coast. It would avoid walking through the farmyard and give me a little elevation for some scenery. It was a little muddy in places and there was a deer fence to climb, but before long I was down on the good path around the shoreline. 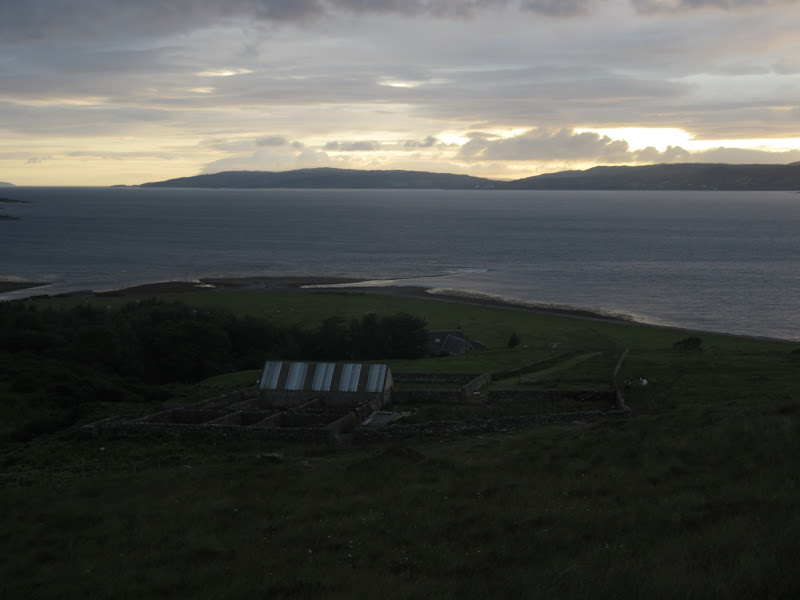 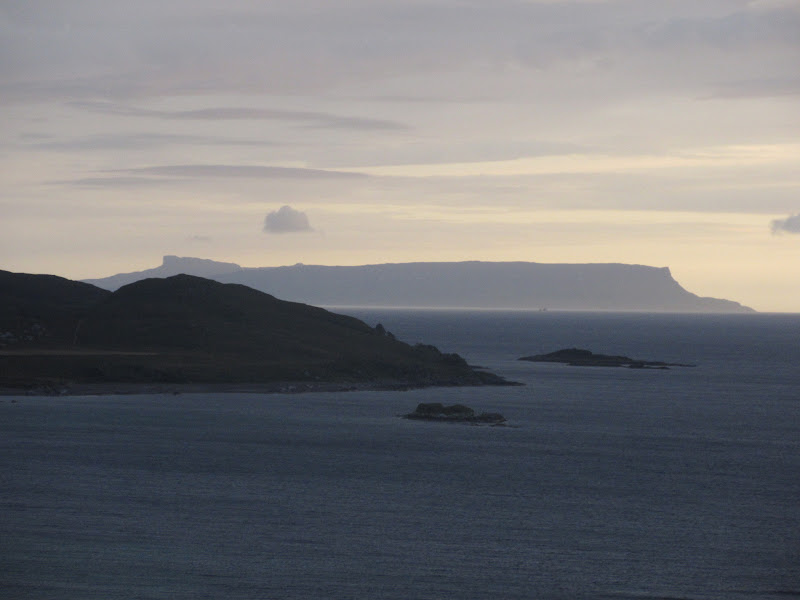 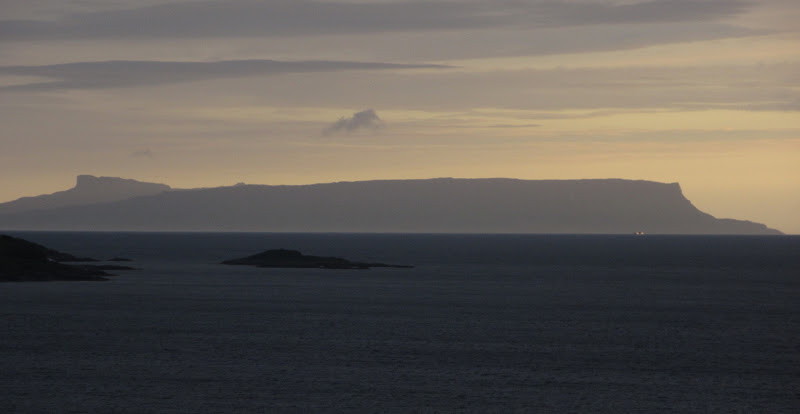 Alan had headed out earlier in the day and I had agreed to meet him out here to camp on the beach. I wandered along the grassy coastline keeping an eye out for him and enjoying the scenery. 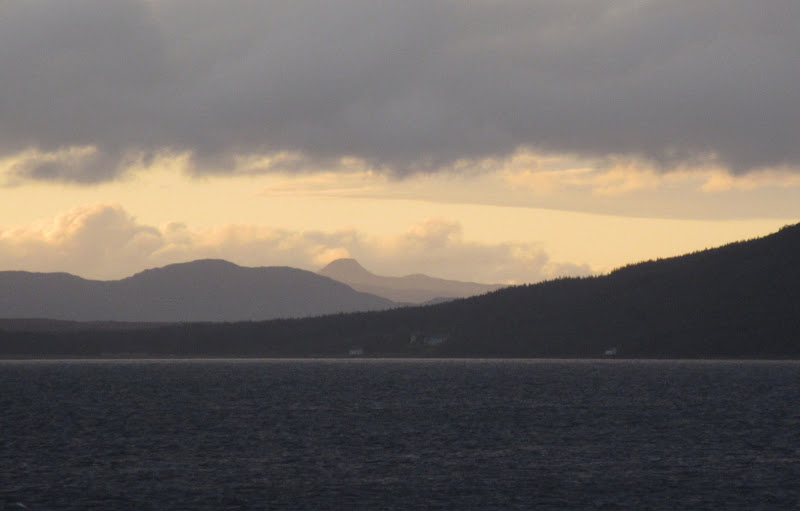 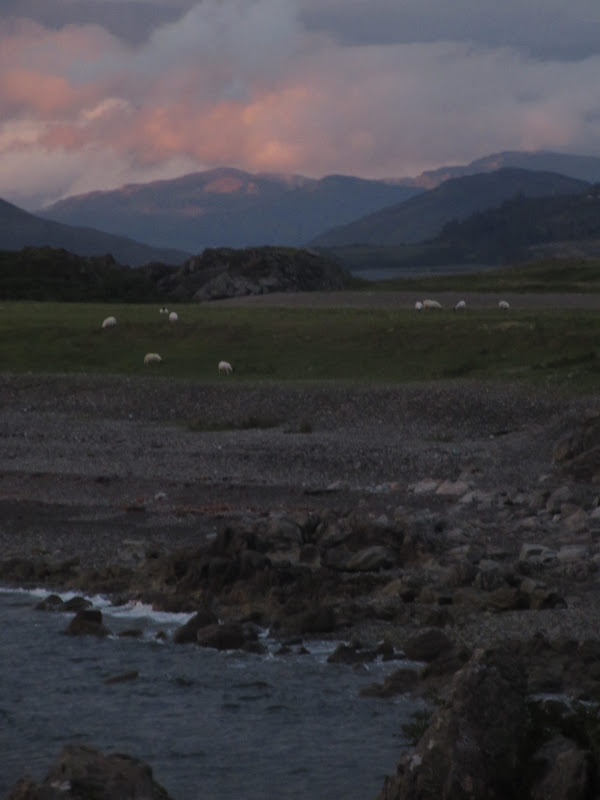 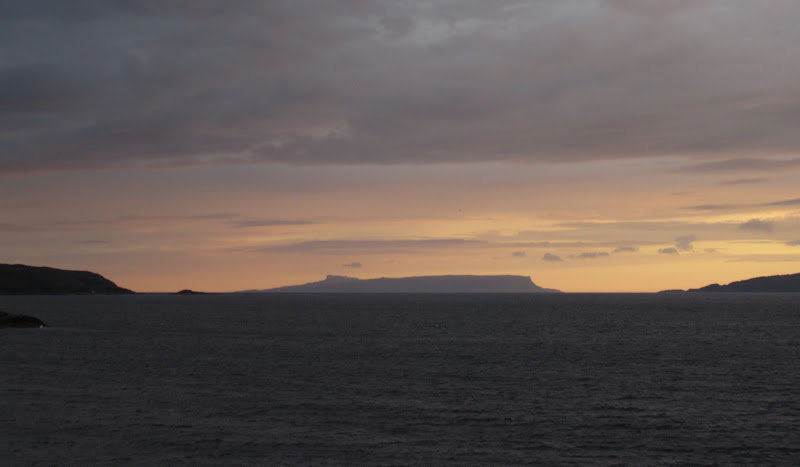 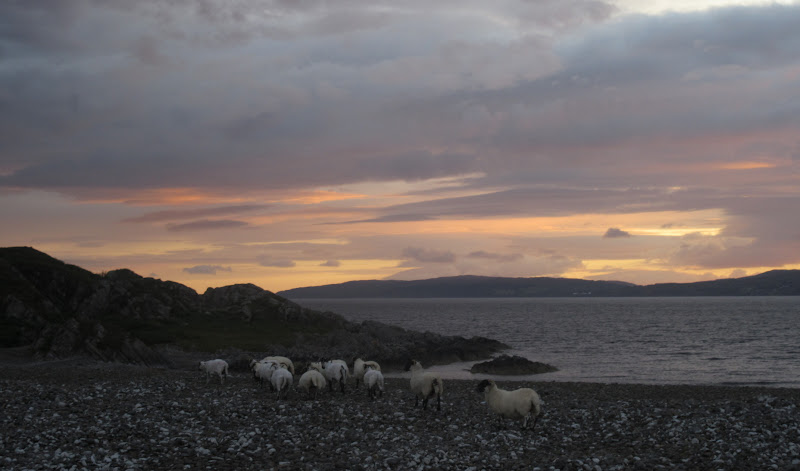 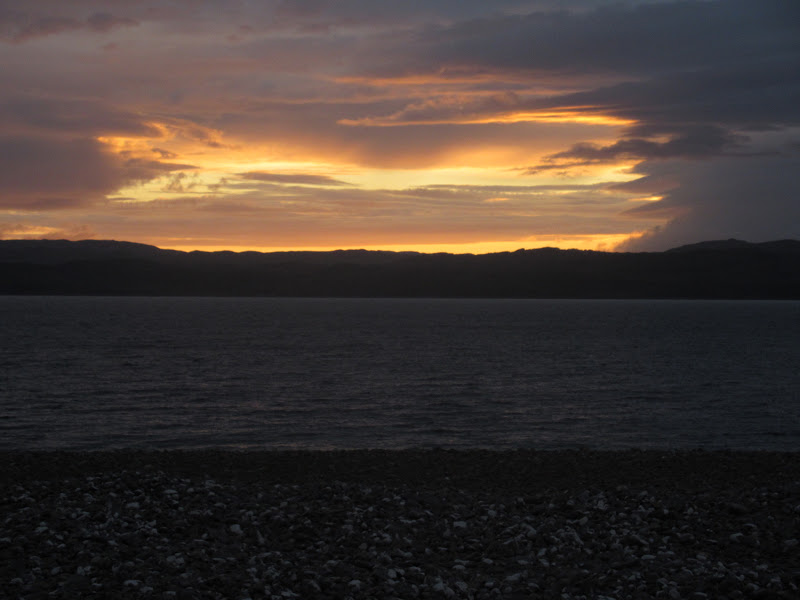 After 35 minutes or so, I was heading round into the mouth of Loch Hourn, and there was still no sign of Alan. The good path ended and the continuation contoured around a steep wooded hillside. I decided he was unlikely to have come this far around. Luckily there is a reasonable phone signal on this coast, so I was able to call him. Turns out he was a few minutes past the farm, and I'd probably passed within 100m of him while taking my shortcut 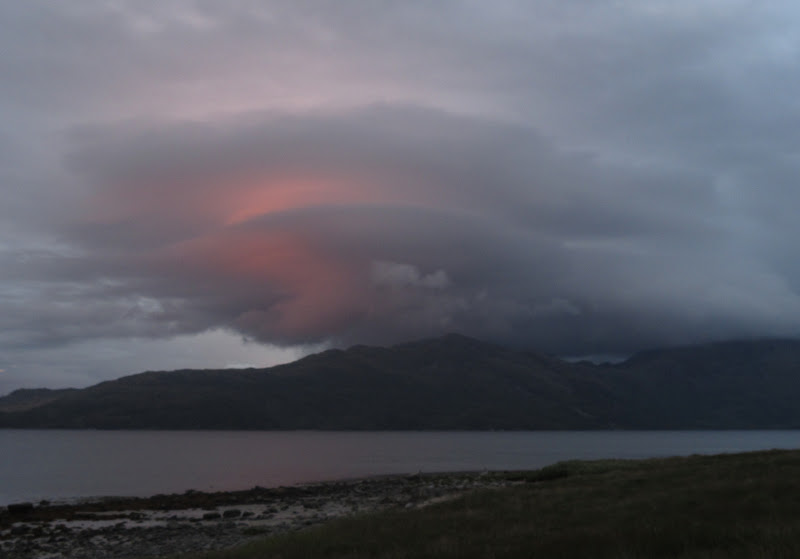 I made my way quickly back round the coast in the last light and found the spot where Alan had set up camp. He even had a fire going - how I had missed him on the way in I'll never know! Although the wind was up, it was pleasantly warm so we were able to sit out by the fire with a couple of beers until a heavy shower drove me to bed. 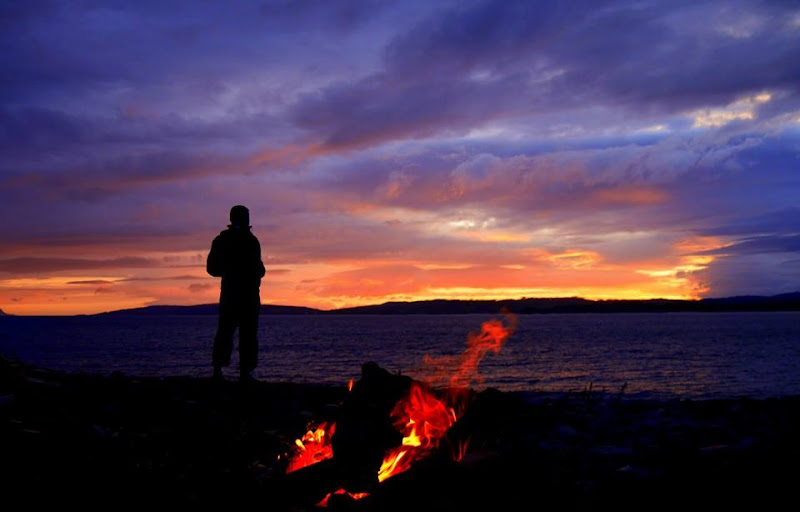 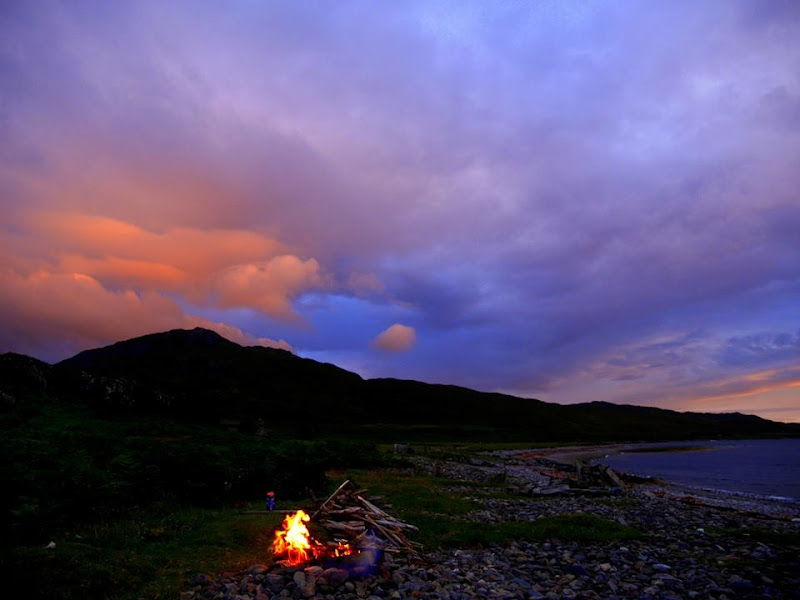 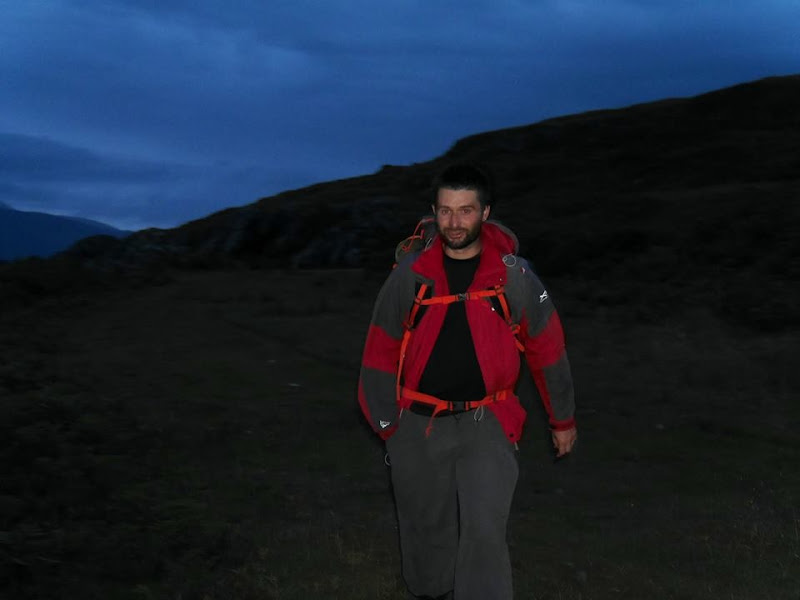 A good start to the weekend, and the extra detour around the coast had given me an idea for tomorrow's route up onto Beinn na Caillich.

I've not been out to Inverie either Malky - though planning to go in the next couple weeks.
I was wondering about places on the ferry - your description suggests you didn't need to book?
Al

Any excuse to get out of building and lighting the fire

Some lovely photos, must've been a grand evening. I'm sure the stories flowed

It was a great start to our weekend, apart from you missing me, and a fire to help you pinpoint me as well

I'll add a few photo's of what you missed asap.
Great to catch up.

A few images that you missed... 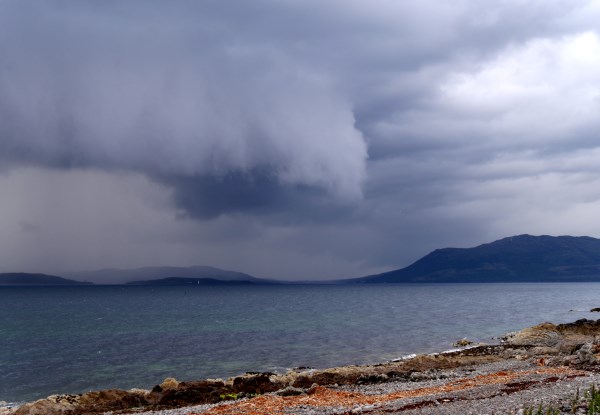 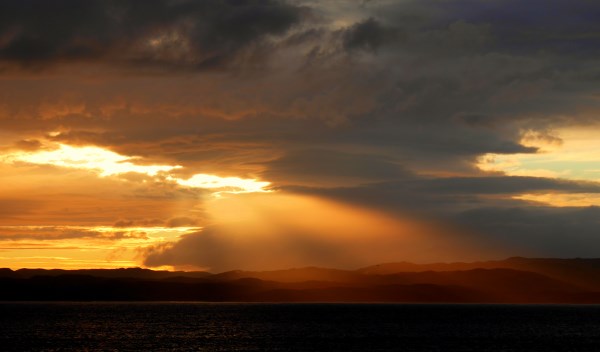 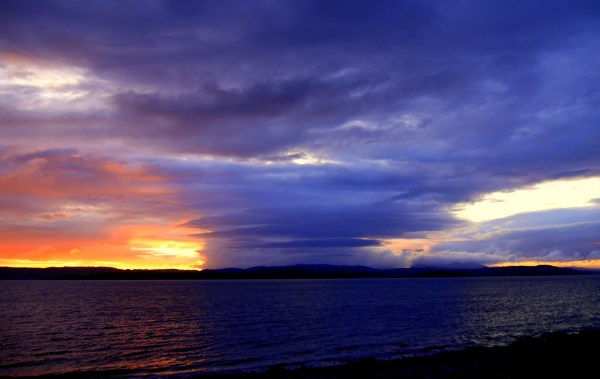