I met up again with Carin to do a hill or two. We had done the Ben together back in snows of March, I felt under pressure (of my own making) to come up with a hill; that wasn't too far away, and would be at least worthy of the effort. I'd been up Stob Coire Raineach on the wee Buachaille in appalling weather last year and fancied there might be some nice views around. Doing the other top Stob Dubh, from the col and out along the ridge appealed to my sense of adventure...

We set off from the usual 'beehive cairn' carpark, the tops were shrouded in cloud, and I quickly discovered that whilst the mind was willing, the energy was non-existent! So it wasn't the most lightening of ascents to the col. I trudged up just putting one foot in front of the other. Rest, then continue a bit longer.

Carin waiting for me. 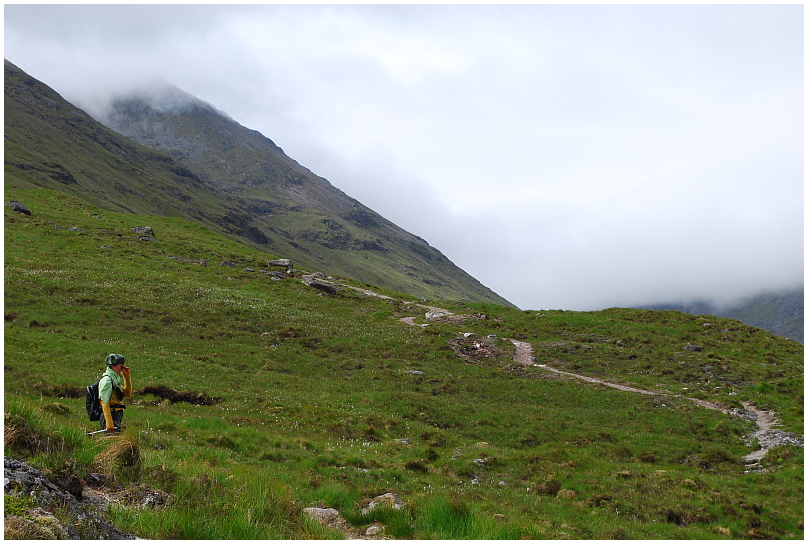 The new path is such a delight compared to the old eroded boggy mess from before. Even in my state we were making progress. The Meeting of the Three Waters fell far below. 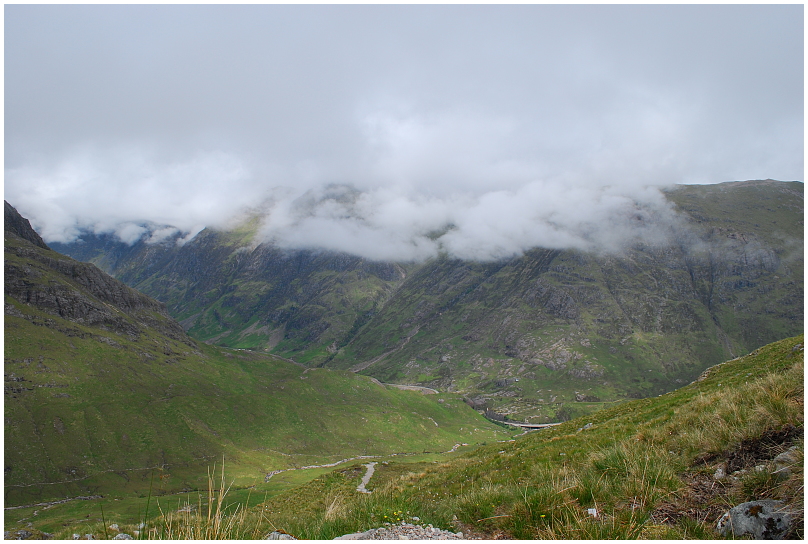 At the col, on the big pink rock, we stopped for a good sit down and I had something to eat to hopefully refuel and get a bit of energy. 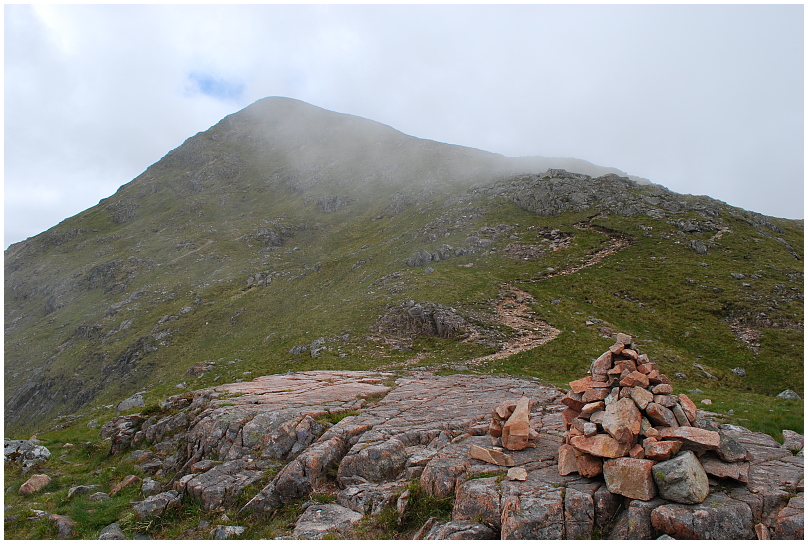 Views between the clouds were great. 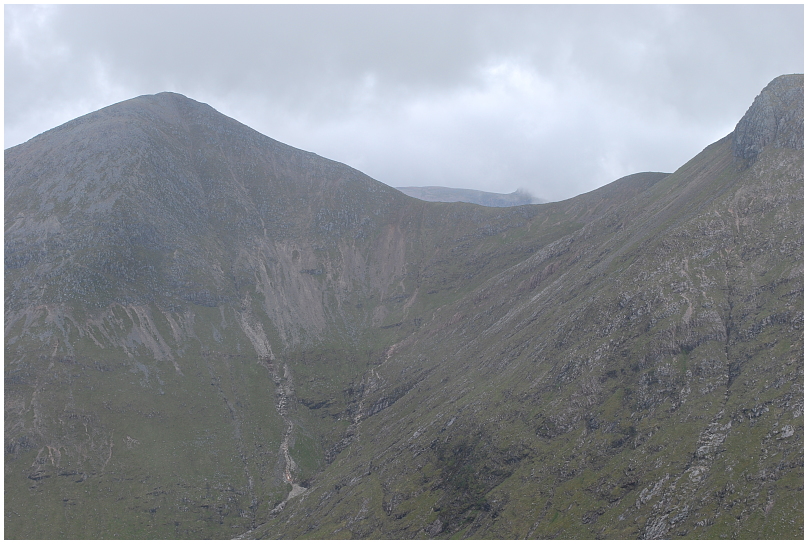 The Aonach Eagach looked menacing! We felt we were in Mordor! 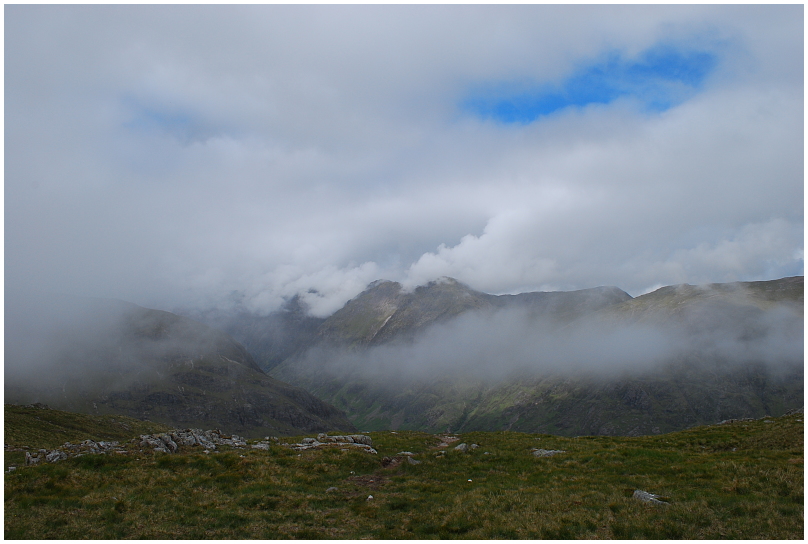 After a bit we headed up the path to the 902m top... and I was fine. Energy back, cooking on gas! Felt great. Weird! 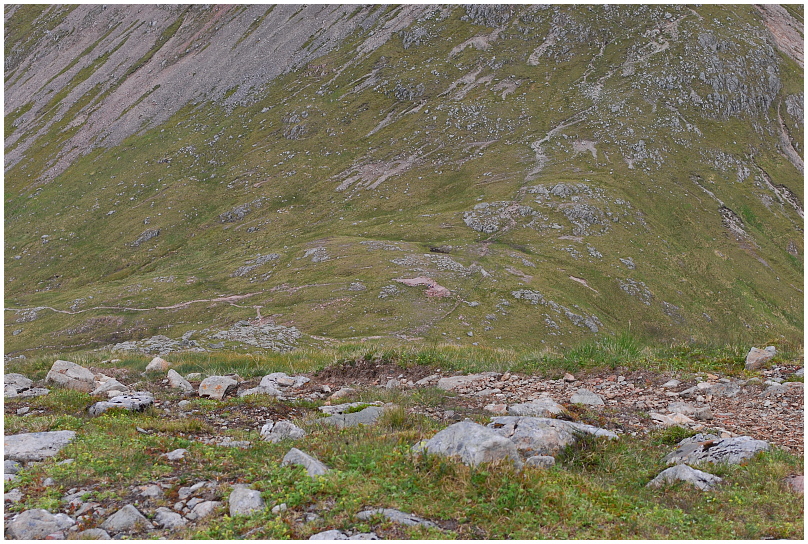 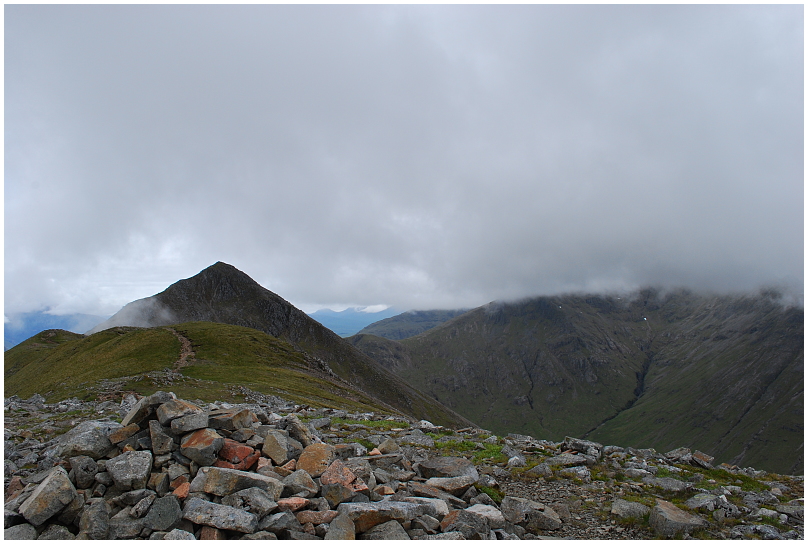 Stob Dubh, with a very tiny person on the top. 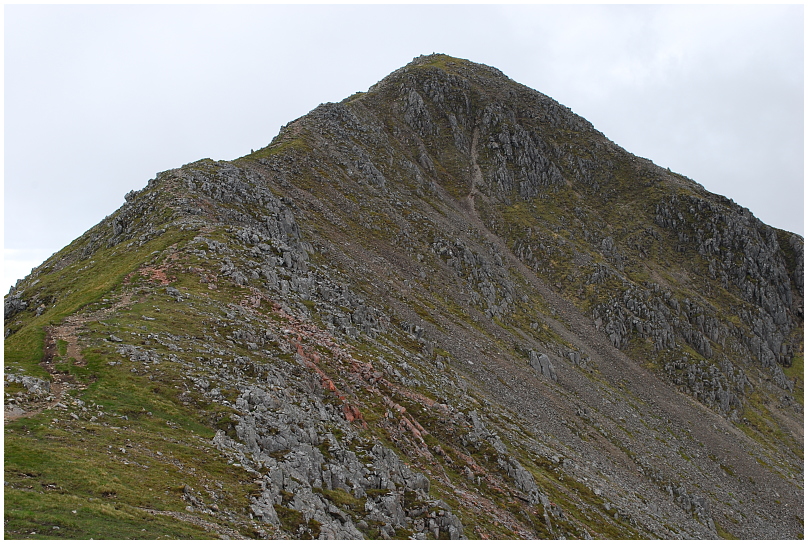 The path always looks worse than it really is and we made rapid progress. 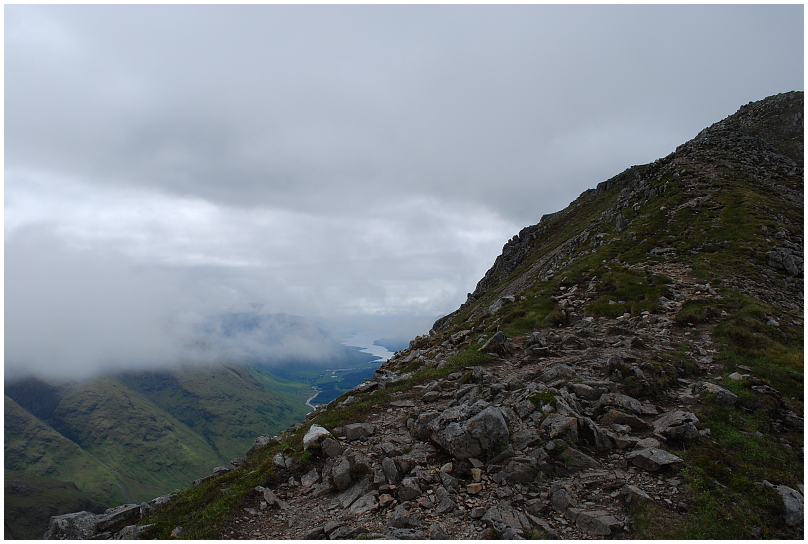 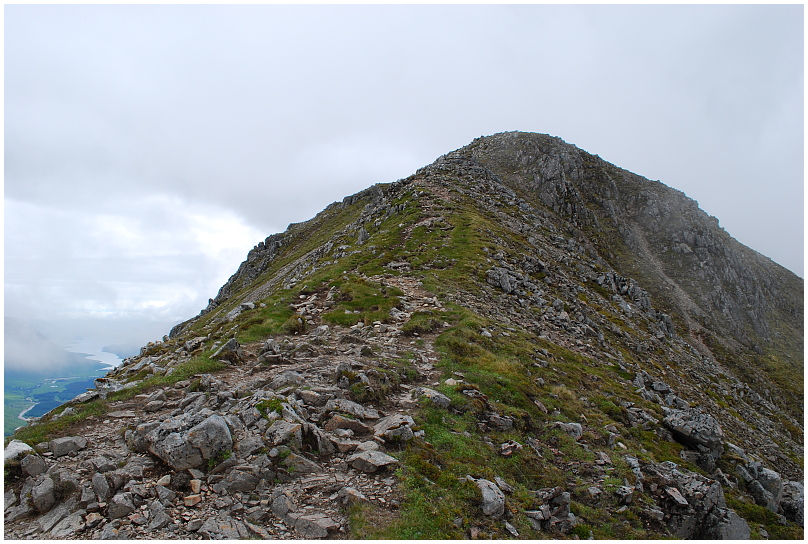 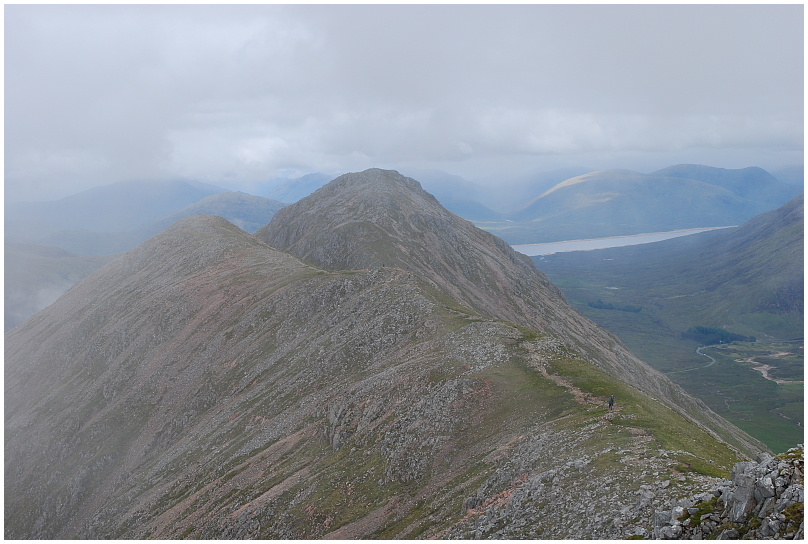 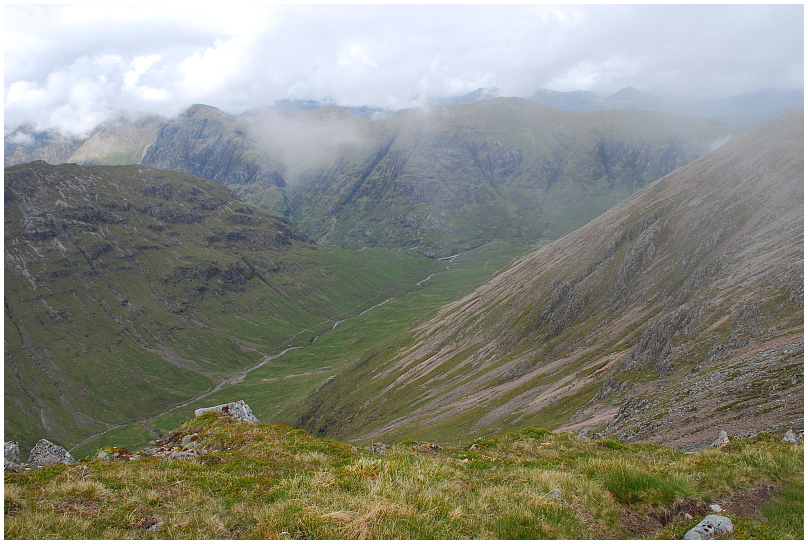 The wee cairn at the top. 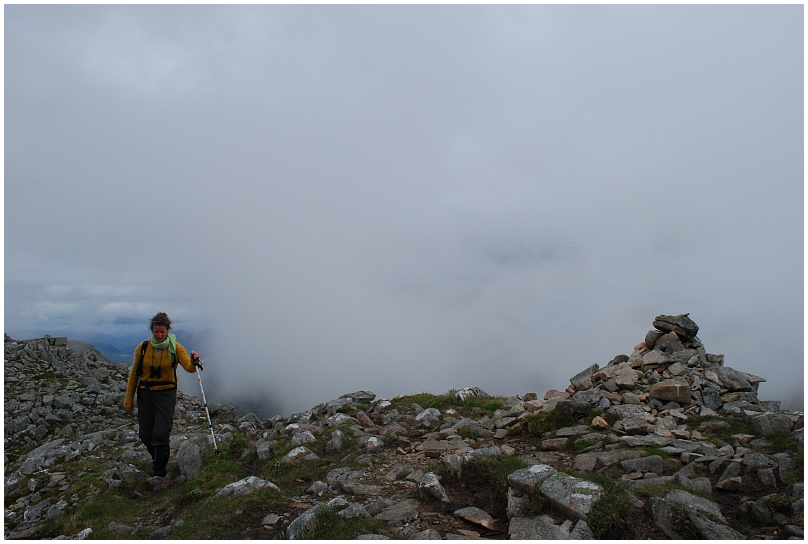 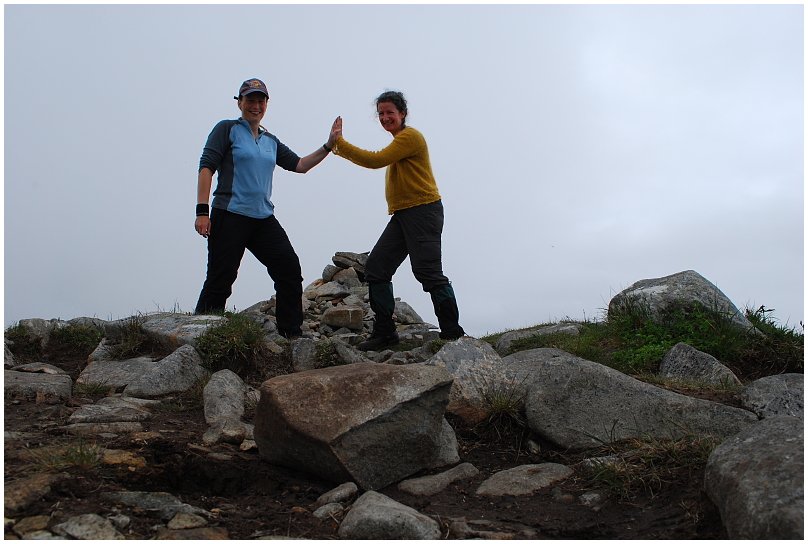 So having put all that effort into getting there we wandered about for a bit, took more photos, looked about. 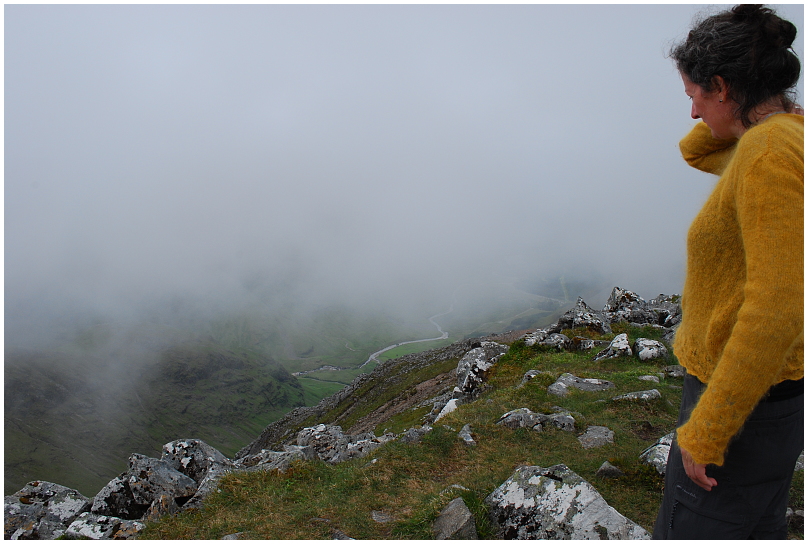 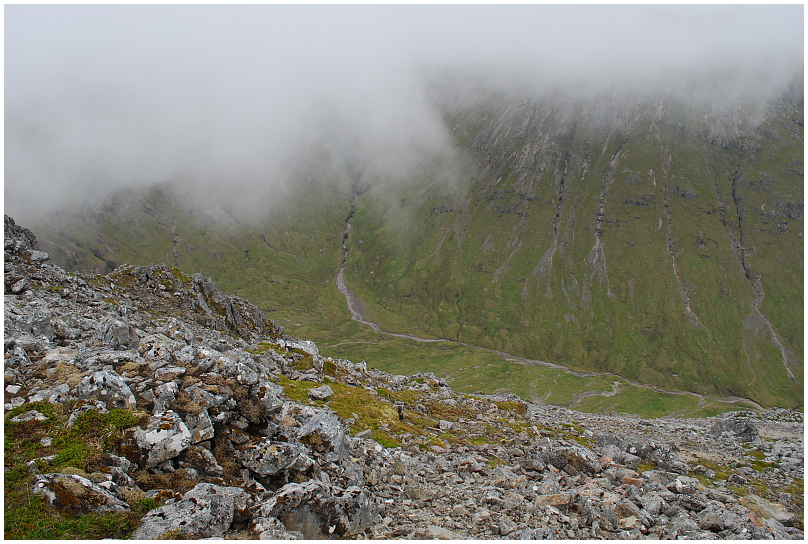 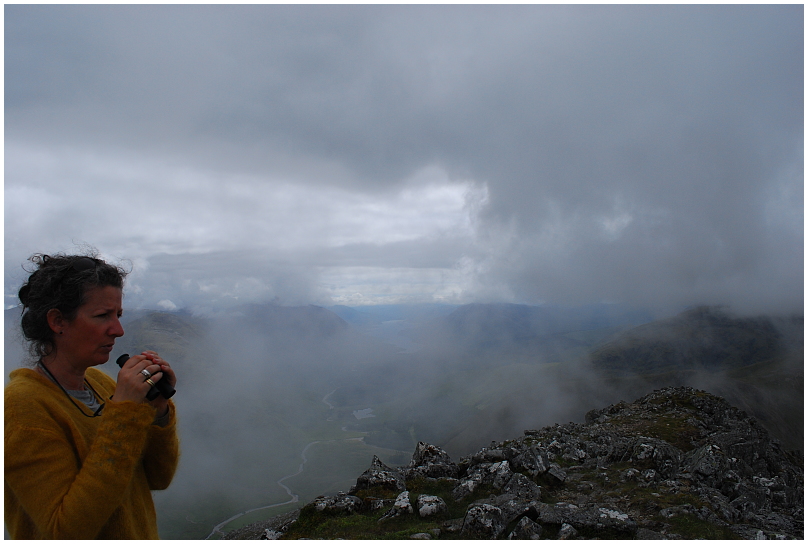 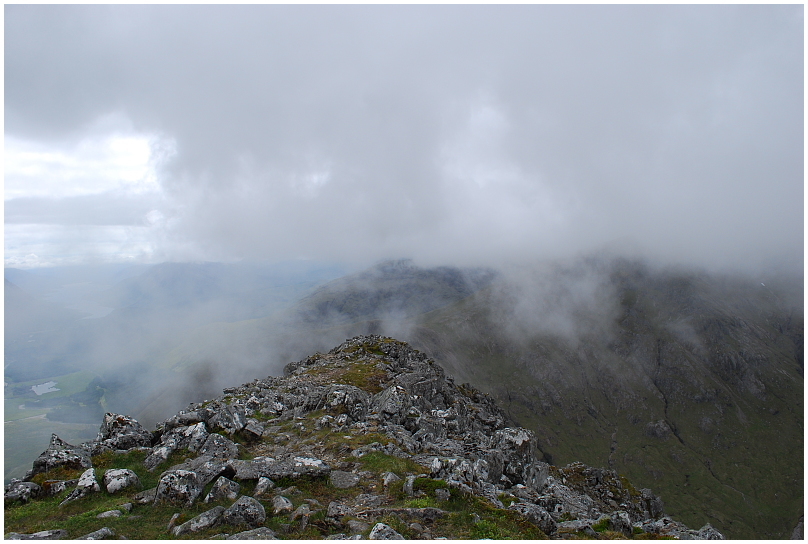 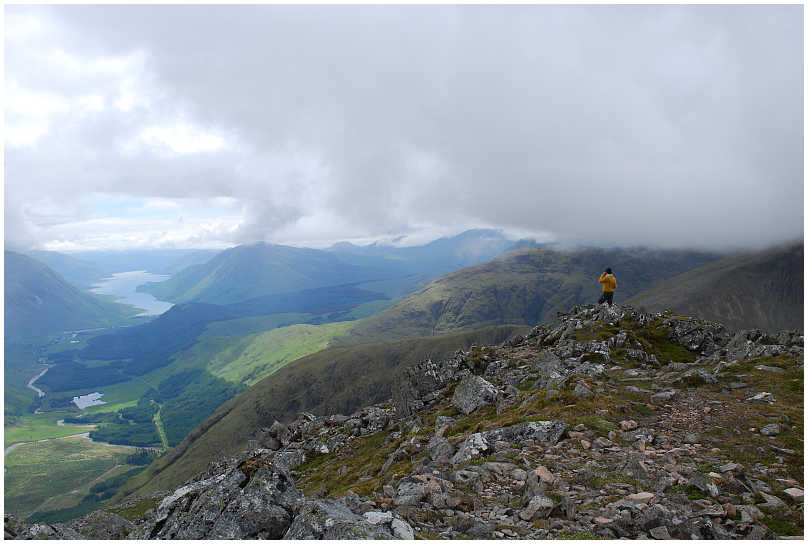 Carin took one of me with my camera, just for the record. 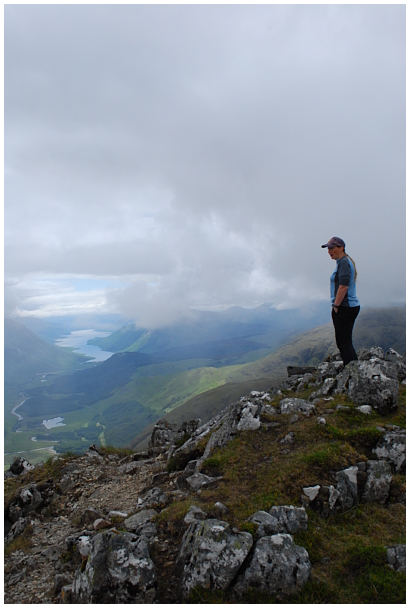 After a shaky start what a fabtastic day!

Hi great pics - I often flag at the start of a walk but the energy seems to come from somewhere mid-way - eating defo helps though, especially choccie

Stob Dubh does look a bit 'exciting' doesn't it but I too found it fine when I went and did it... in fact, I found it easier than the Raineach end!