Southerly winds were blowing cloud onto the Cuillins today, so we headed as far north as possible in the search for views, shelter and some sunshine - Fingal's Pinnacles, towards the end of the Trotternish Ridge. In the car we passed a moody Storr, covered by cloud at the moment - even at about 9.30am the main car park was already full! 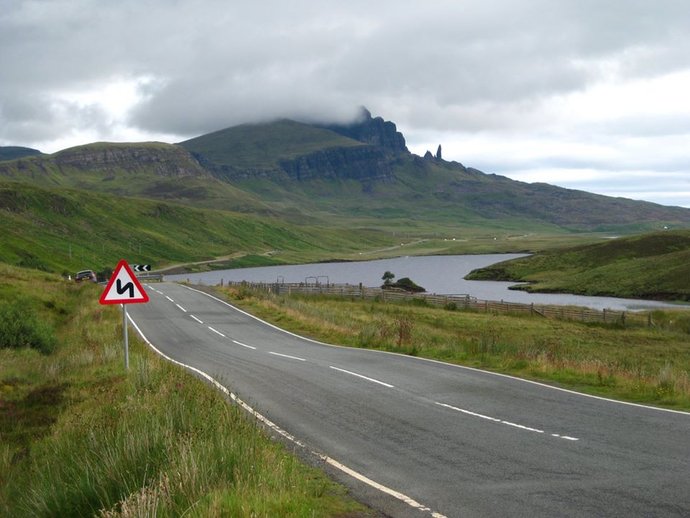 The drive was brilliant and we were tempted to stop dozens of times, but eventually we made it to a little layby at Flodigarry. Unlike at the Storr, it was still quiet here - only one other car - perhaps most people work their way up the peninsula through the day? We planned to explore the pinnacles and "tomb" this morning before moving to the better-known Quiraing in the afternoon - it'd be very easy to link the walks together, but splitting them up meant we could leave most of our food / water etc. in the car instead of carrying them.


fingalspinnacles.gpx Open full screen  NB: Walkhighlands is not responsible for the accuracy of gpx files in users posts

Looking up towards Fingal's Tomb (Leac nan Fionn) from near the start: 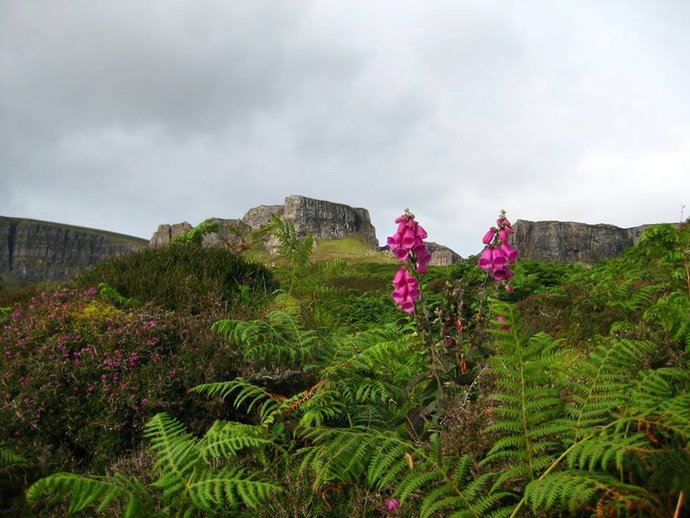 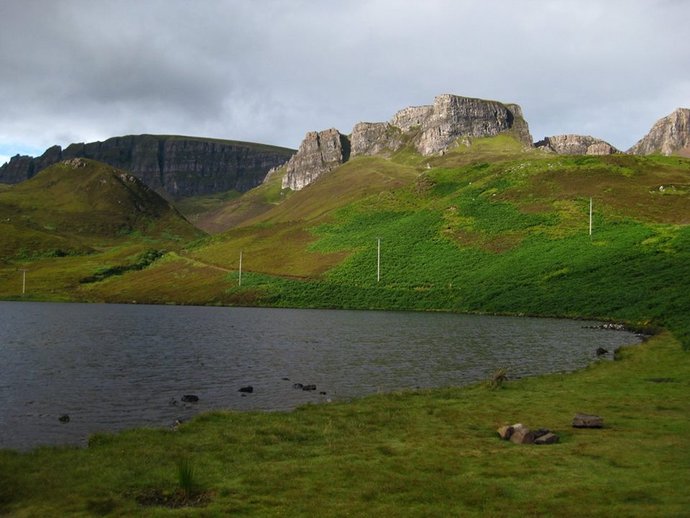 And above it, Loch Hasco: 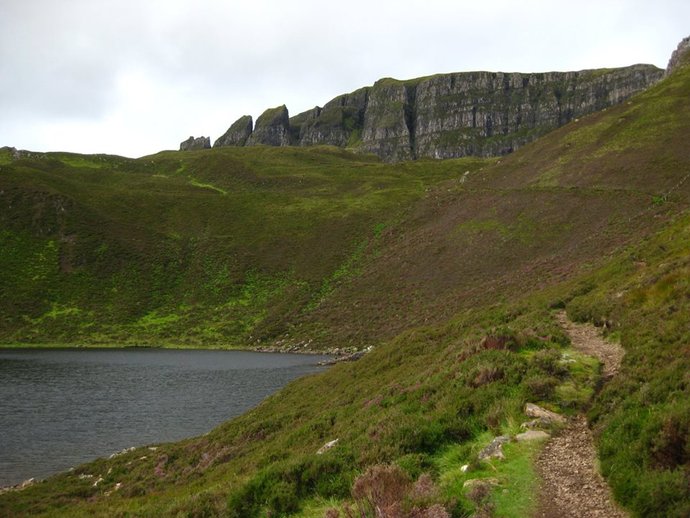 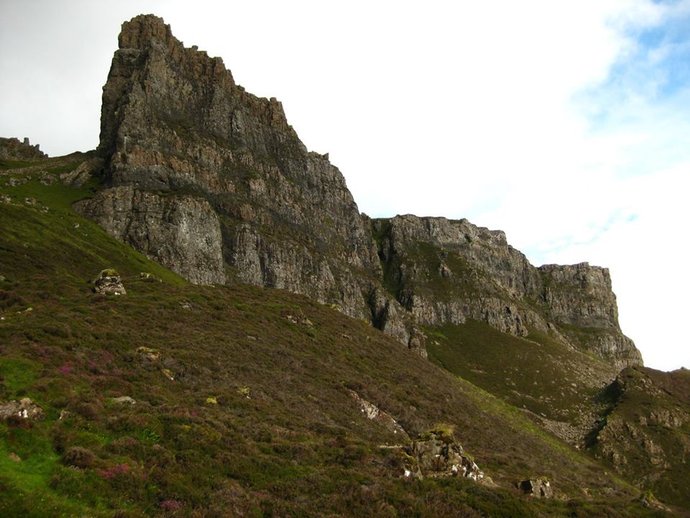 Beyond here, the main path climbed steeply before we had to leave it on an intermittent one up to a col between the Tomb and more high ground to the left. Views behind: 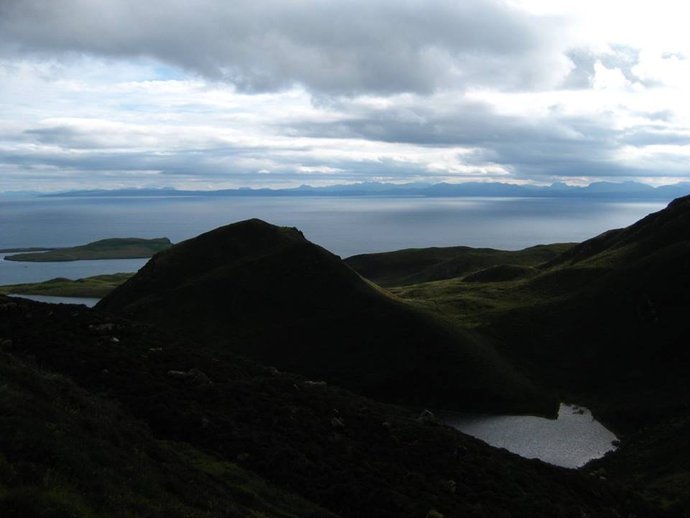 Main landslip ahead, just before turning off the path: 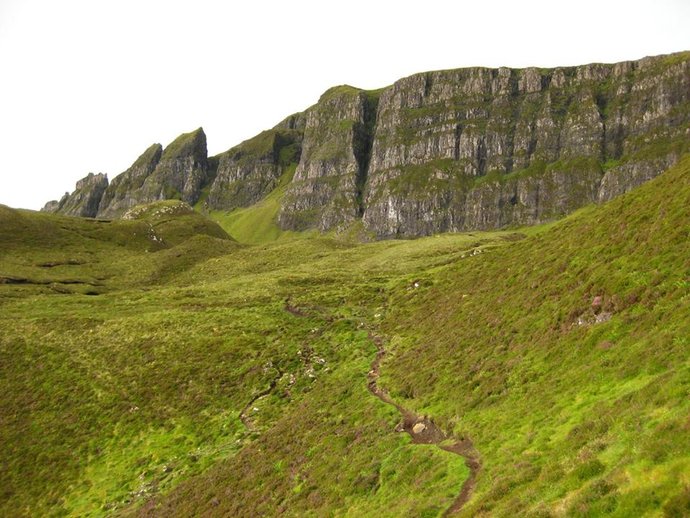 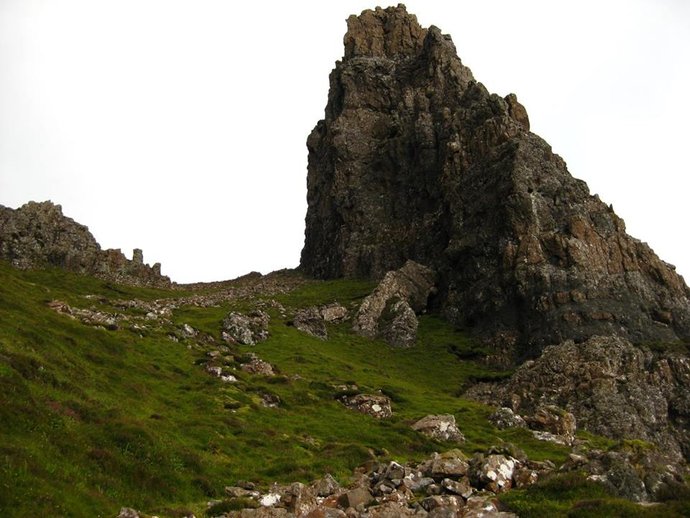 Another short, steep climb leads up to a narrow second col between the two high parts of Leac nan Fionn. Straight ahead, a direct route back down 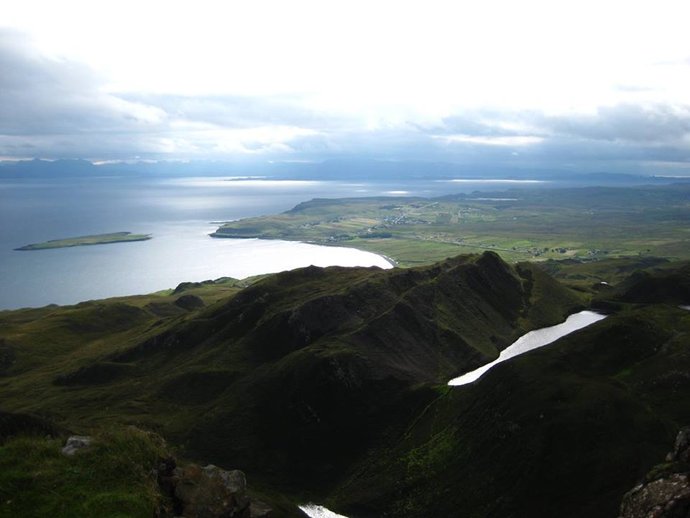 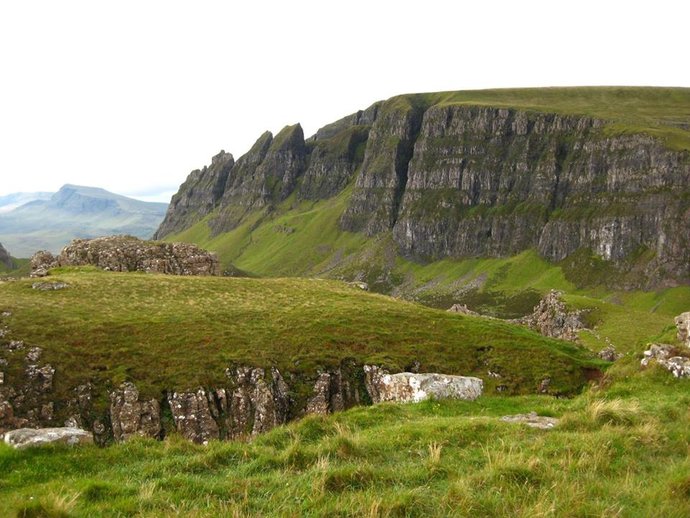 Back to the lower col, then we traversed north to a boggy area sandwiched between the Tomb and the main landslip face - drier keeping on the higher ground. 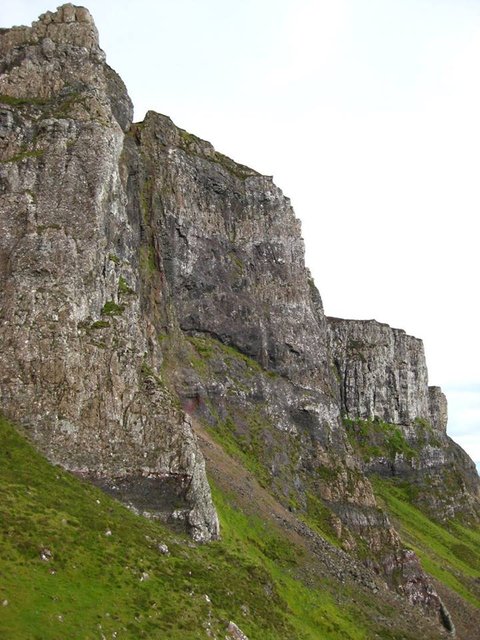 Beyond here, a wall marked a point beyond where the ground dropped away again to a different landscape - Fingal's Pinnacles. These curious forms provided plenty of entertainment - you can quite easily scramble up a number of them on very grippy rock. All with a spectacular backdrop! 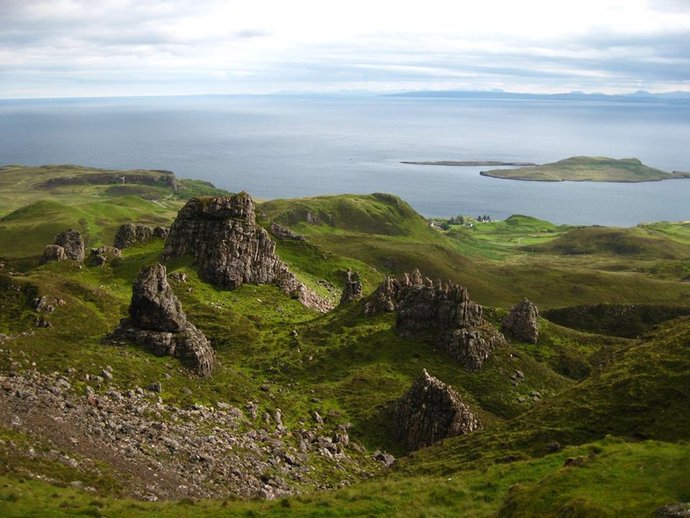 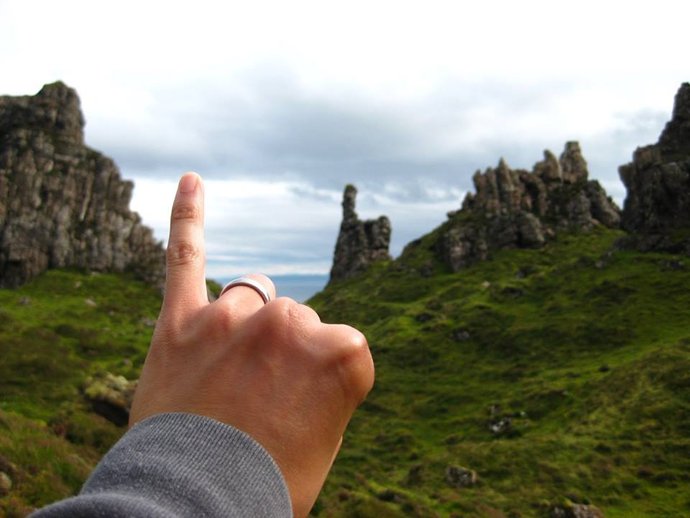 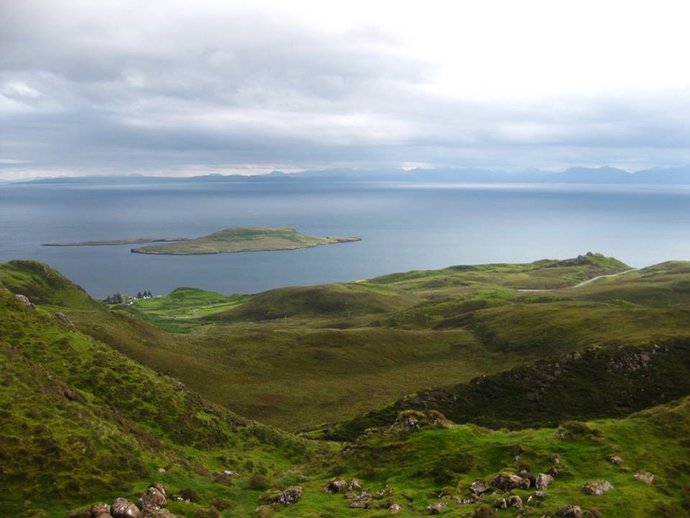 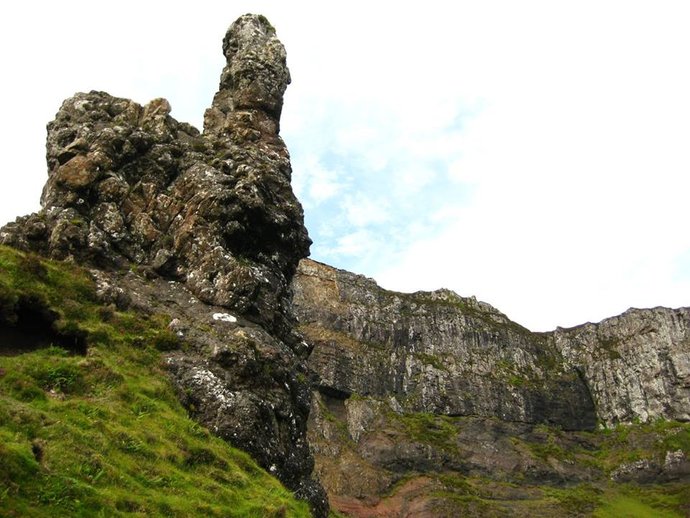 Last look back towards the tomb: 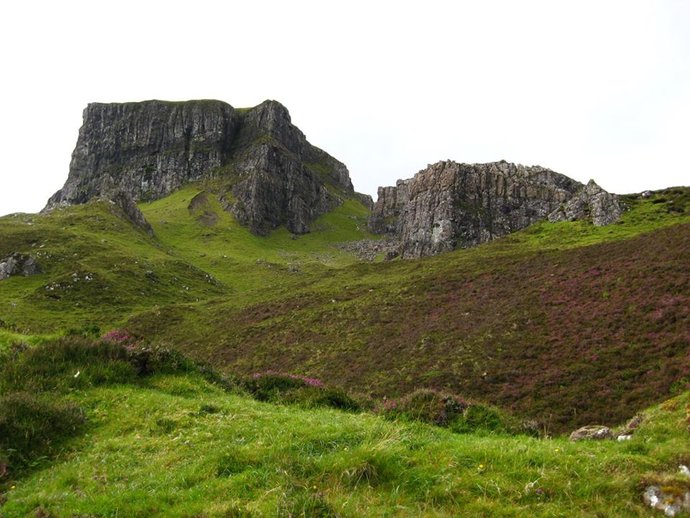 Finally we headed back southeastwards towards the outward path between Loch Langaig and Loch Hasco - there was a path at first, but then a pathless section (OK in descent, and generally dryish underfoot). Not too dry for this fella though: 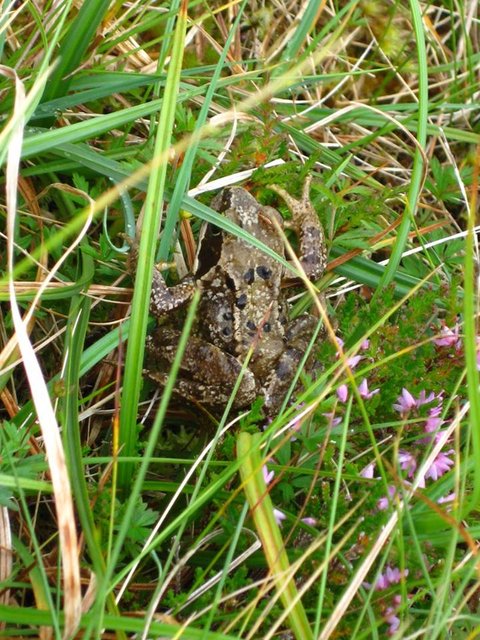 We hardly met anyone on this walk, but the layby was mostly full when we returned, most people probably using it as an access point for the Quiraing. They were missing out on some spectacular scenery closer to hand though!