Not a walk as such, and didn't climb any mountains, more casing the joint for a later climb of the Gleann Cailliche Three.

Saw some interesting stuff though

The initial intention was to do Beinn Mhanach, but it was a go with the flow and getting out for the exercise anyway.
On the way in there was a hooded crow, first time I'd seen one 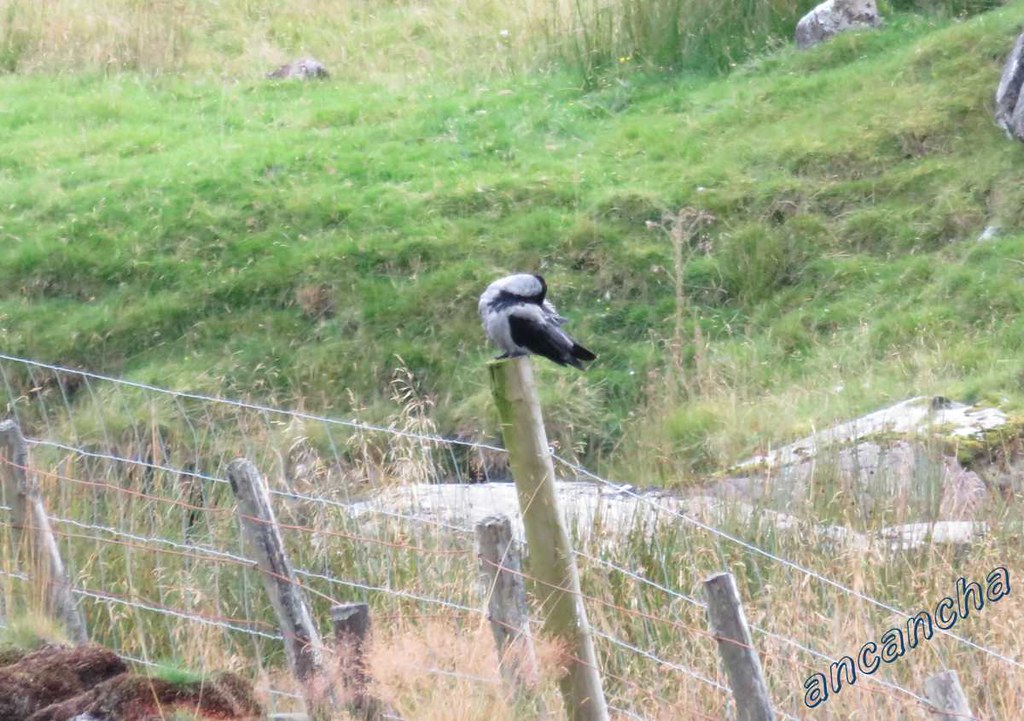 The track up from where I parked the car just before the bridge over the Lyon was a bit steep and I was pushing, it's only for a few hundred metres 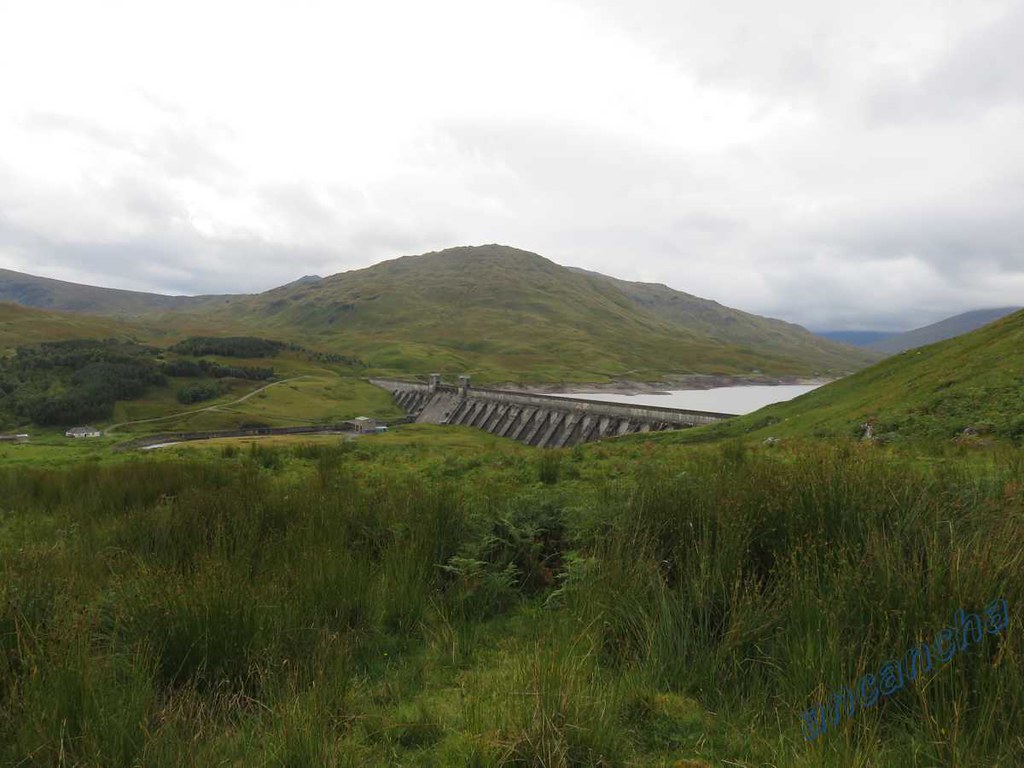 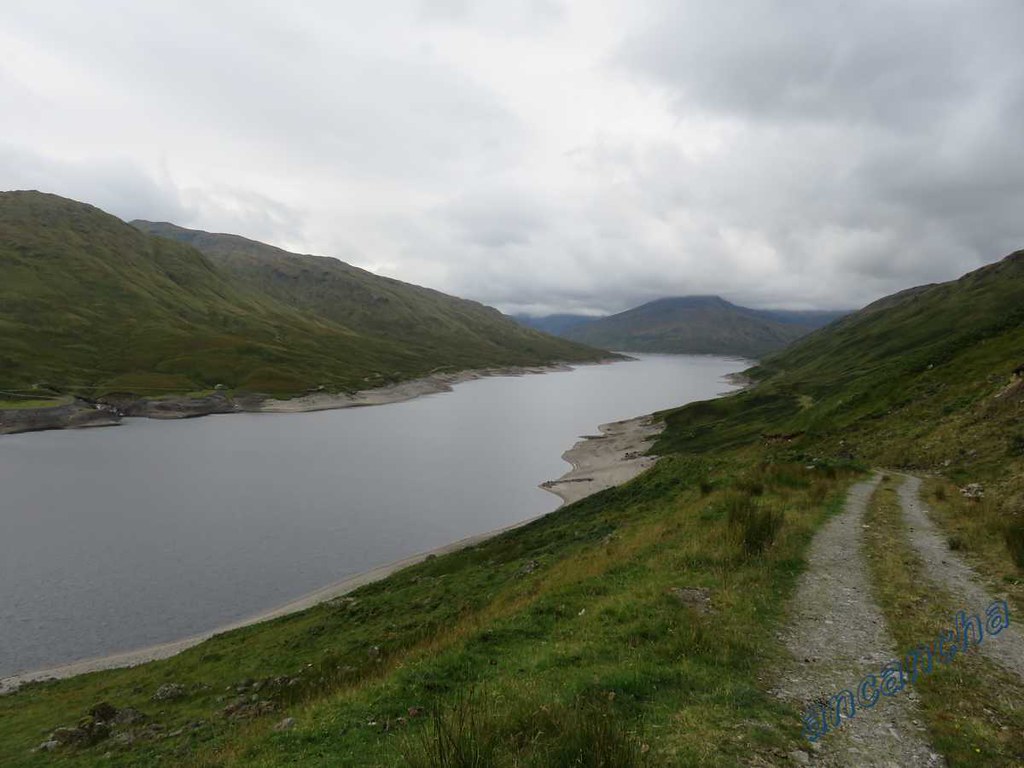 I'd surveyed Google Earth to see where I could get up Beinn a Chreachain and as I say a lot of this was a recce to see what would be possible.
Got to Gleann Meurain with some stunning views of Beinn Sheasgarraich I pressumed 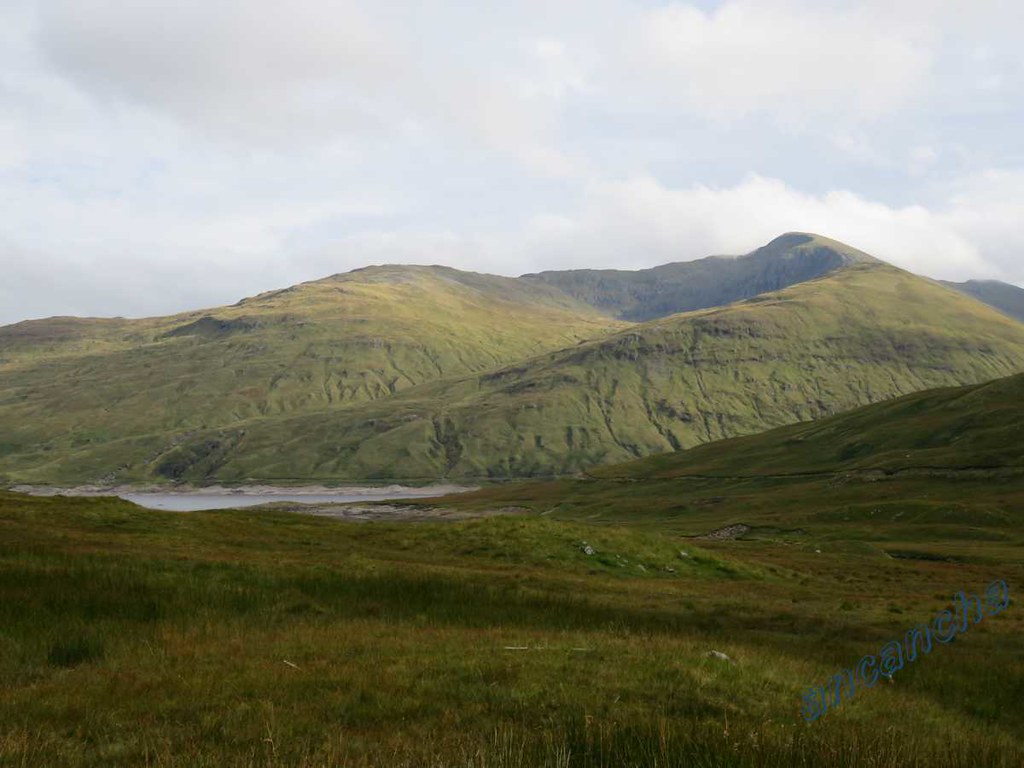 I'd get some more spectaculars of this amazing corie a couple of days later when I did get the Munros. 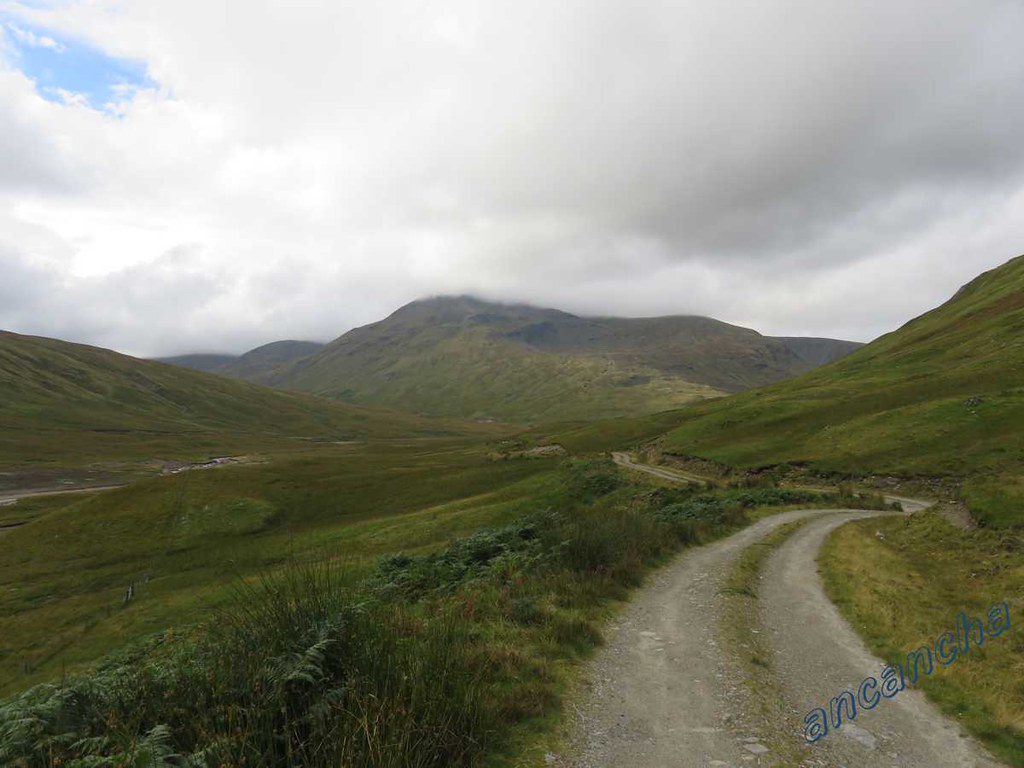 all looked pretty tame from this angle :O)

There are quite a few fords, but all very manageable, those at Gleann Meurain had huge stepping stone, so even in spate you'd get across here 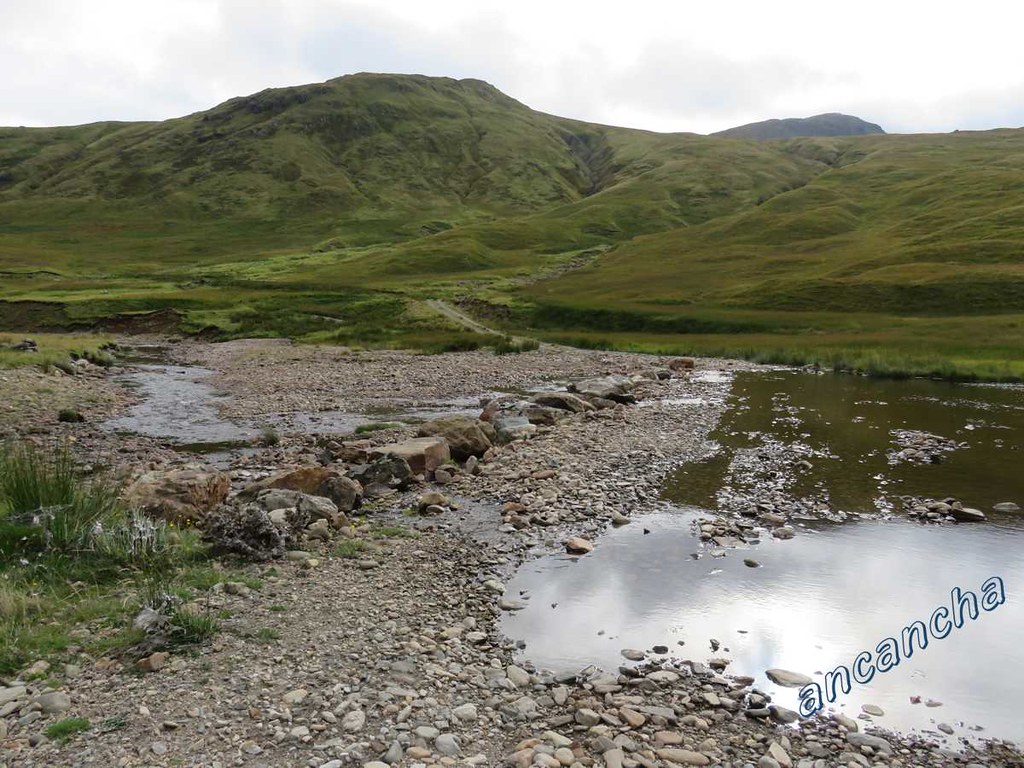 Beinn Mhanach in the background. 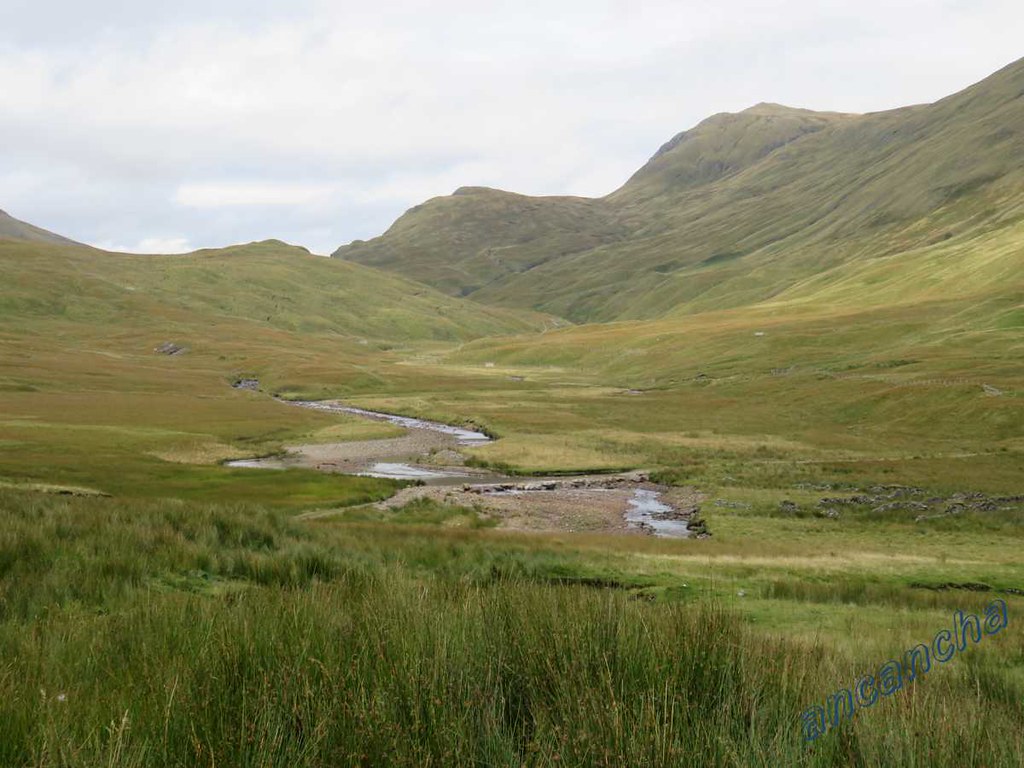 and back towards the damn 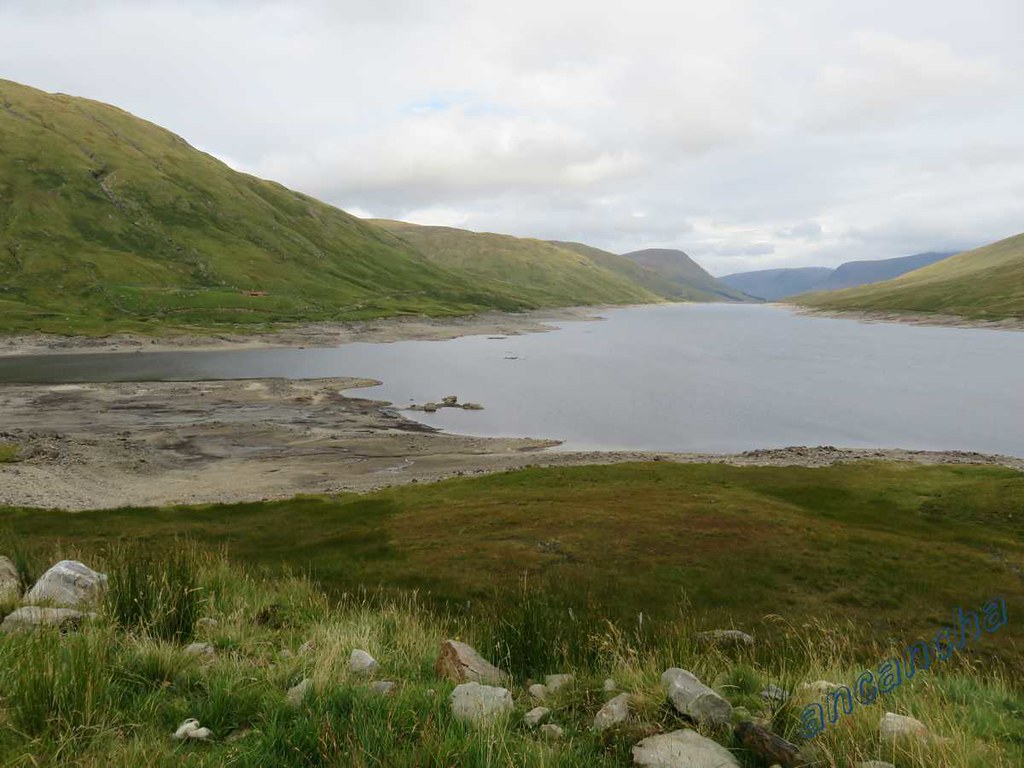 Continued on the track, it's a good track, fit bikers would have a hoot along here 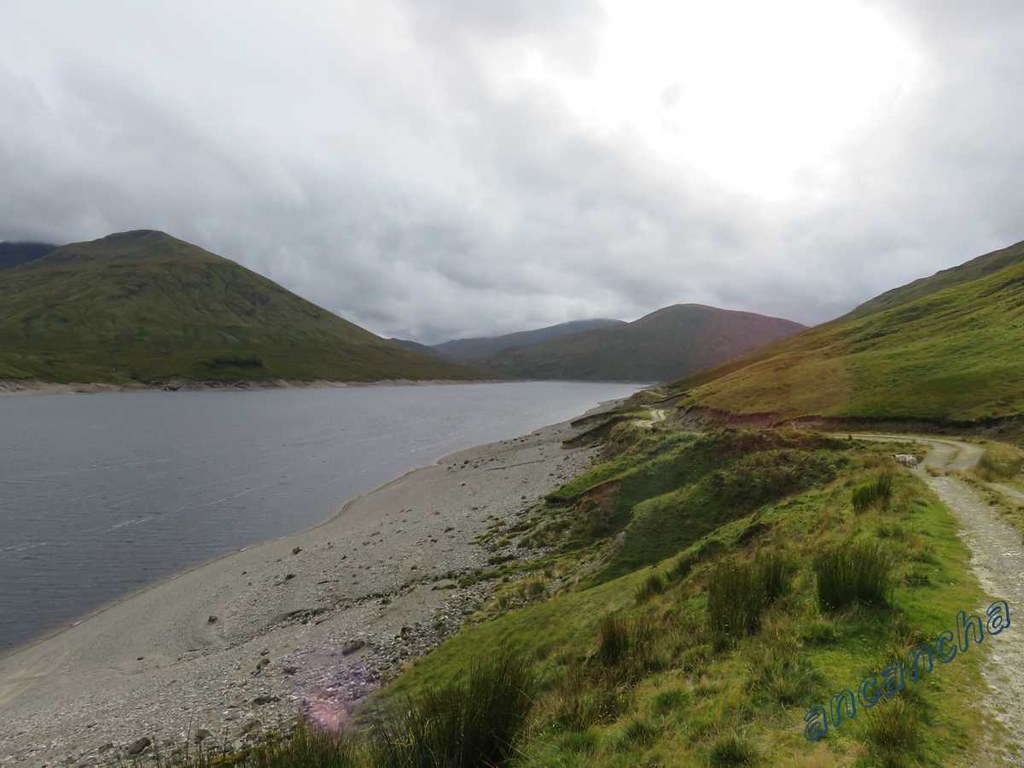 and at the end the junction where you can continued around the Loch or take the spur up to the start of the WH route to Beinn Mhanach, best viewed from the other side of the Loch 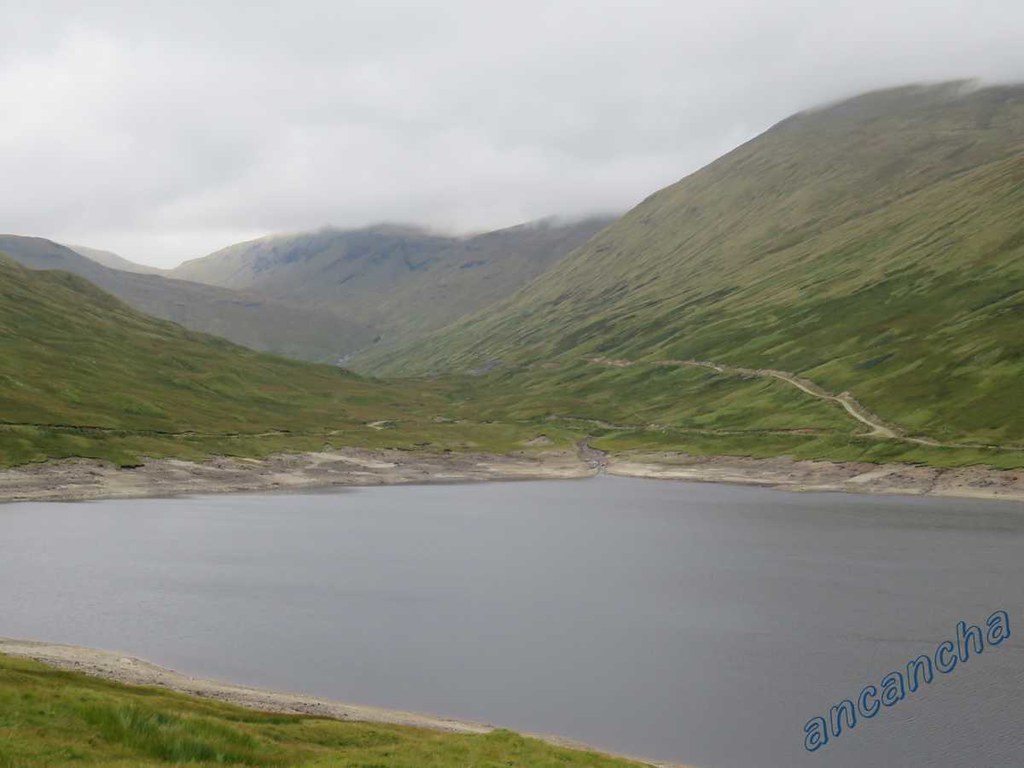 Fords at the Srath Tarabhan 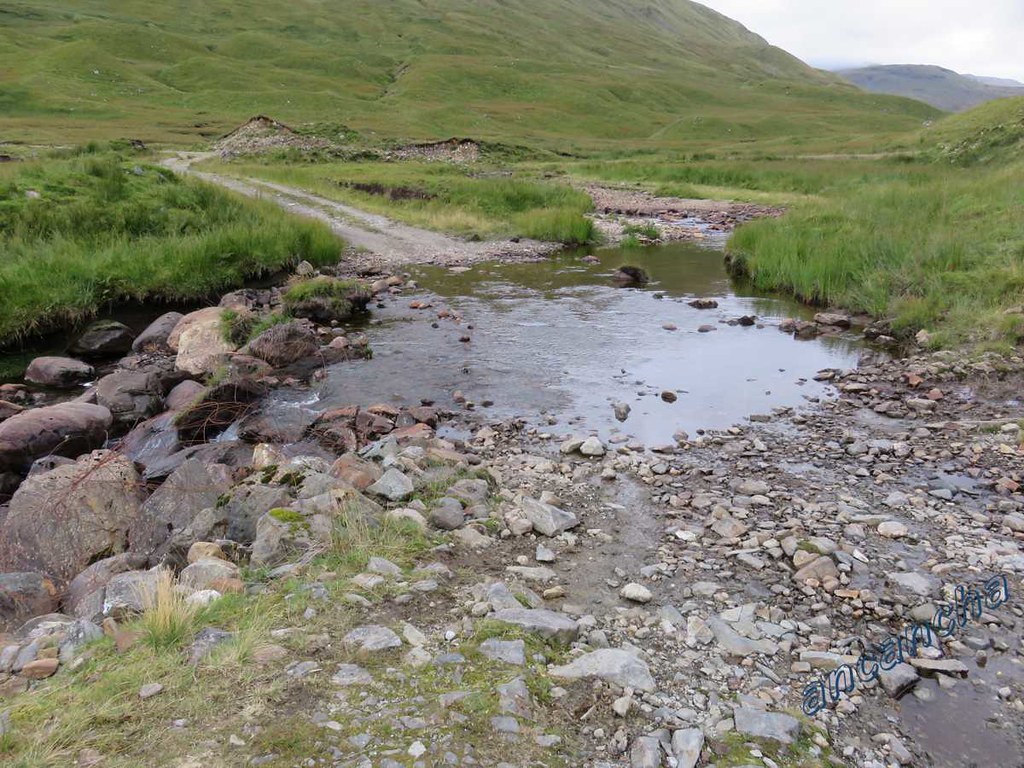 and an eroded Drumlin. I'd imagined these as being solid inside, but it makes sense that there are formed as the glaciers move loose material along their bottom that they are actually made up of really big smooth pebbles 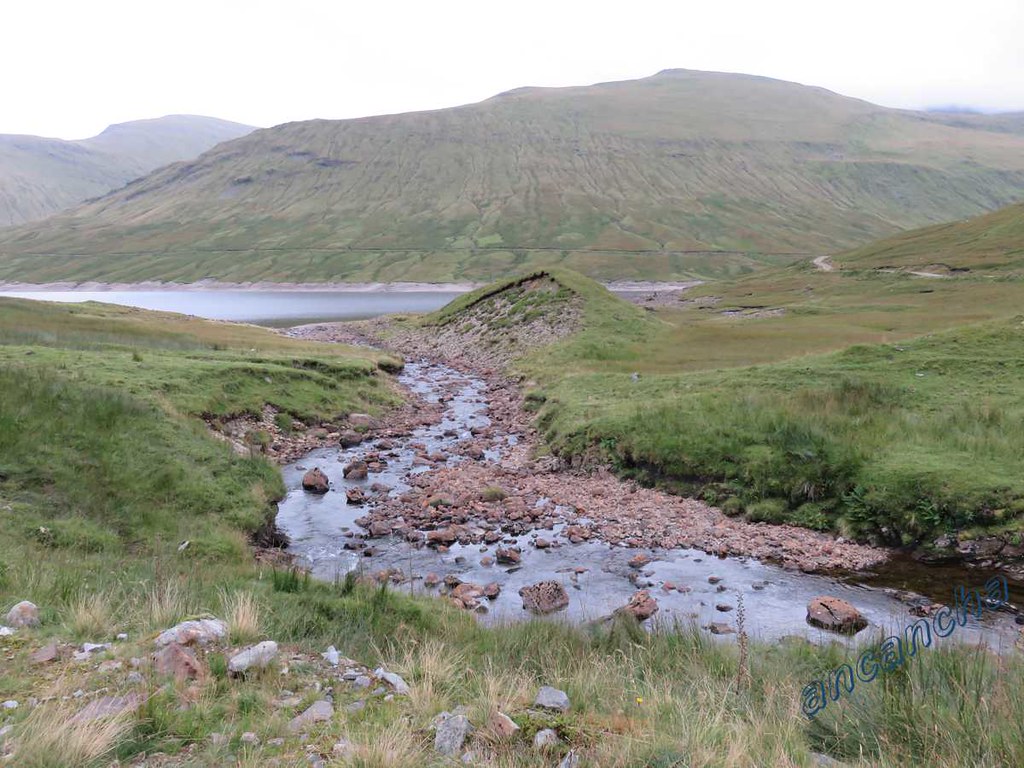 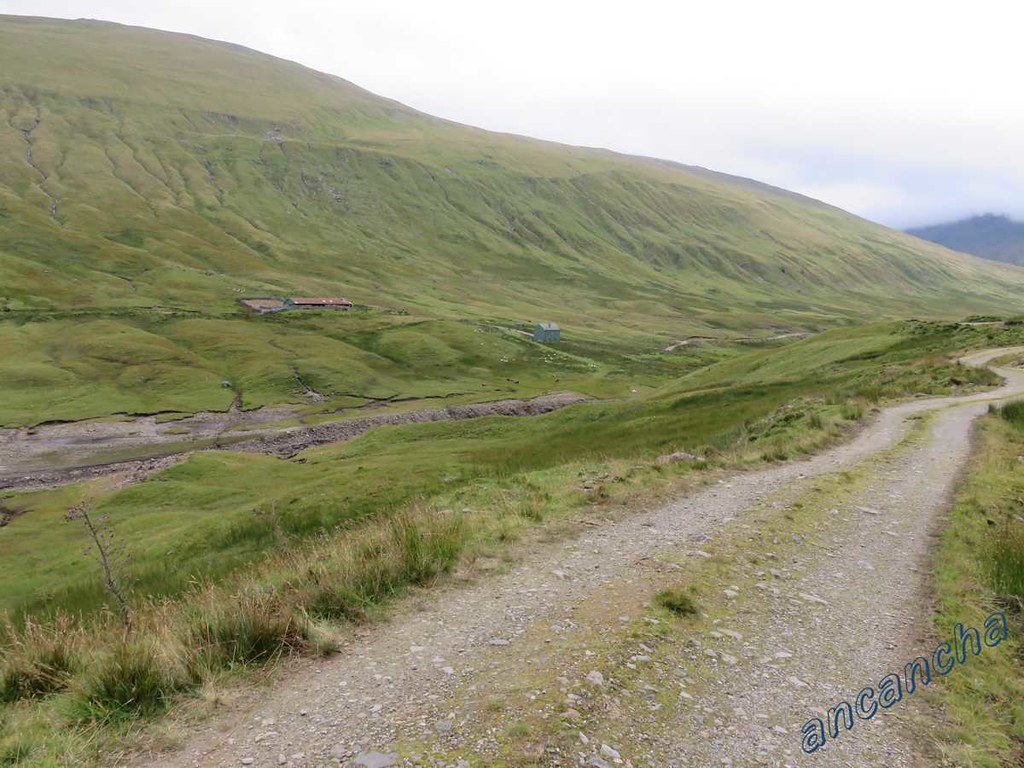 Got to the fords of the Abhainn Ghlas 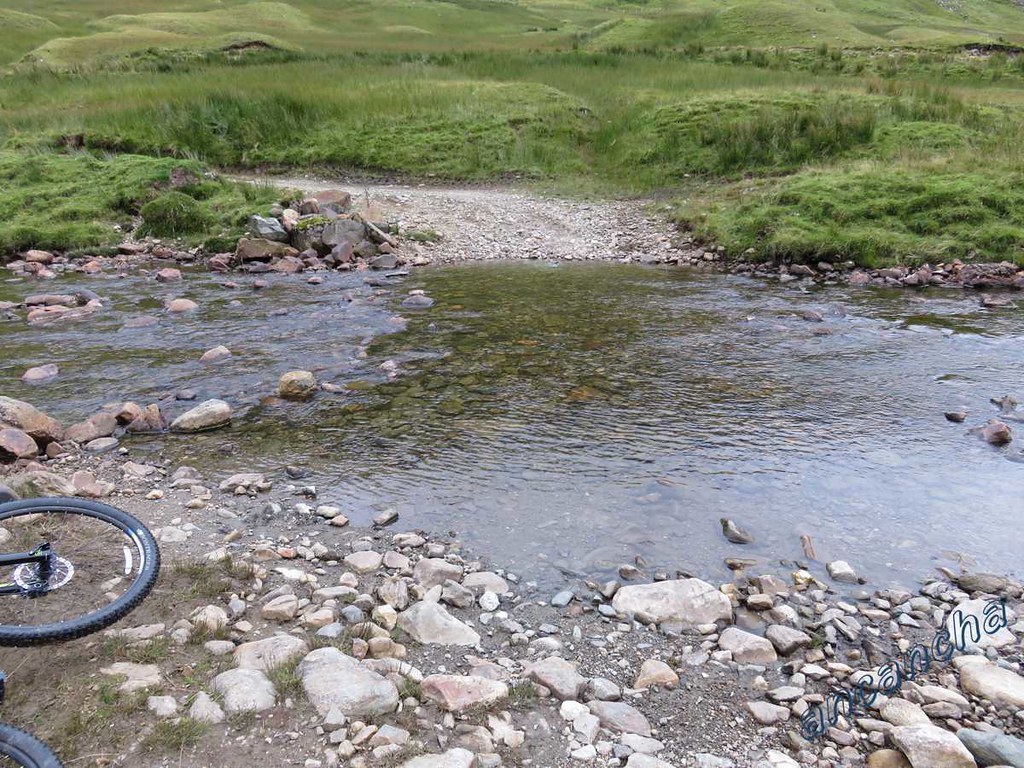 and mooched around a bit. There is evidence of an older track which went a bit further up. Wonder if this was part of an old bridge 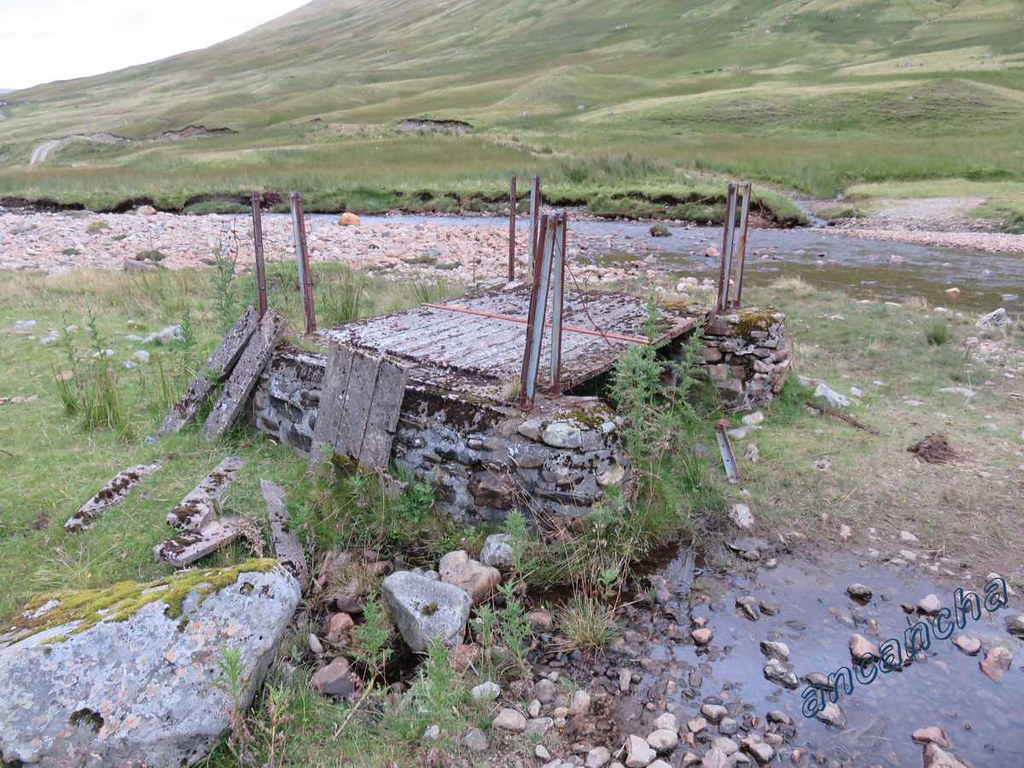 Doesn't seem to fit, but then there are quite a lot of bizarre constructions dotted about the highlands

Got back to the ford and saw a dipper

The first one I'd been able to clearly see

Got a few photos 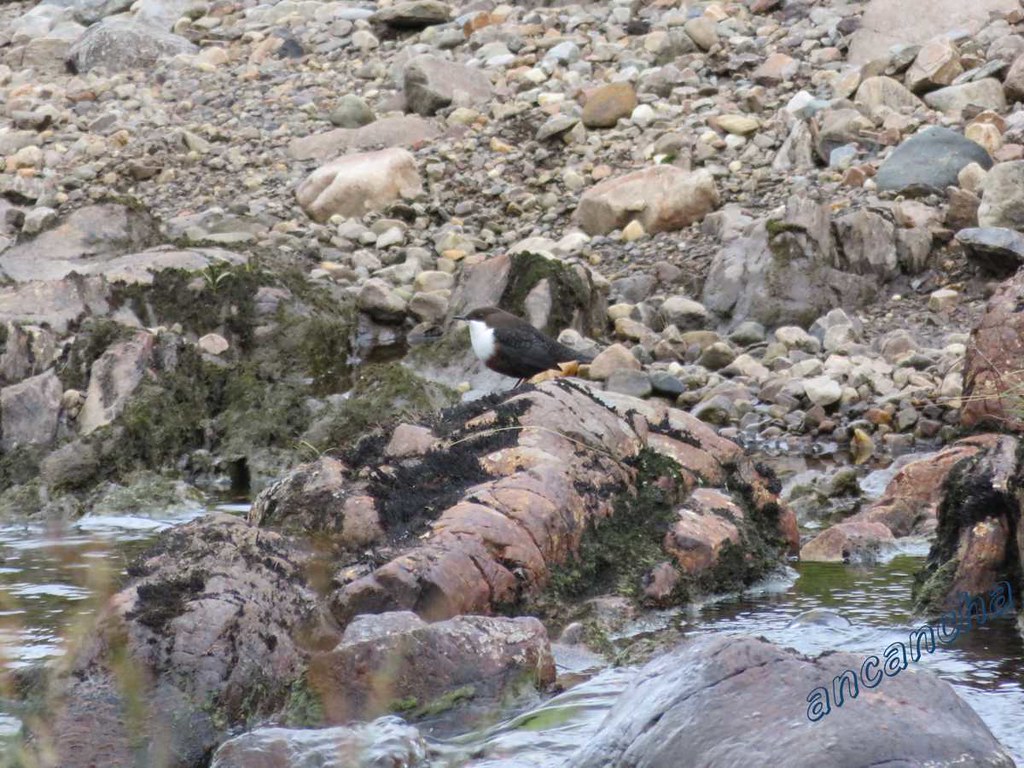 and since it seem to be staying put I tried to sneak up on it and get a better close up, but it was either on the move or twigged and was off 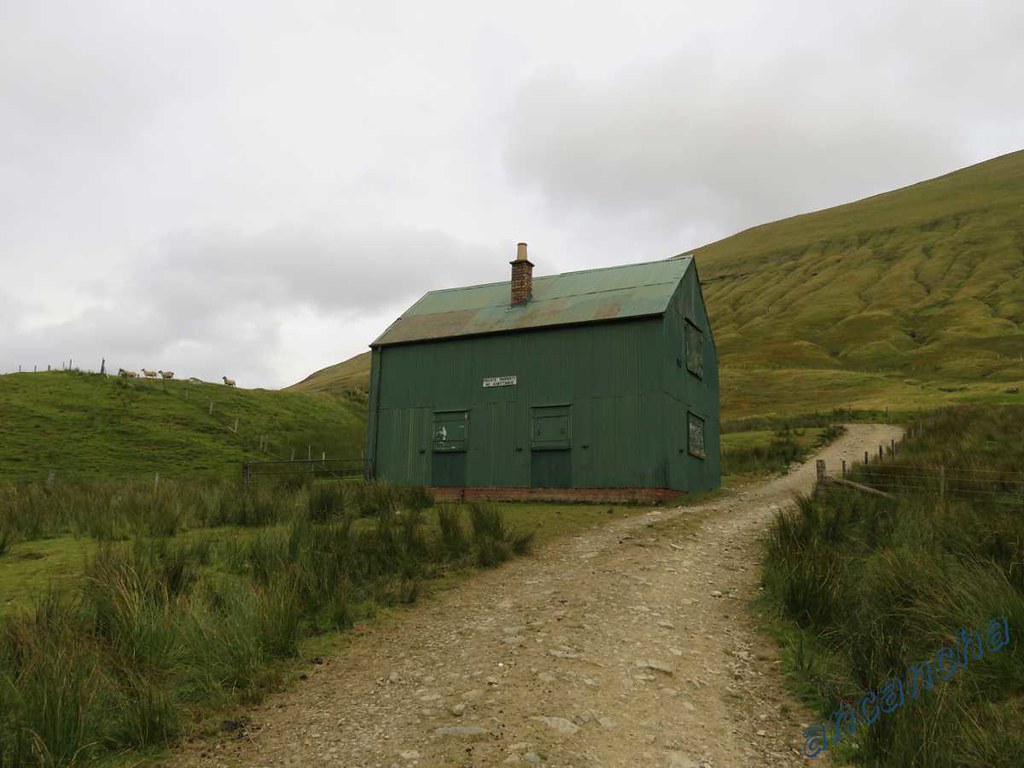 It's even got a chimney

Anyway not much in the way of clues, so I carried on to the next one 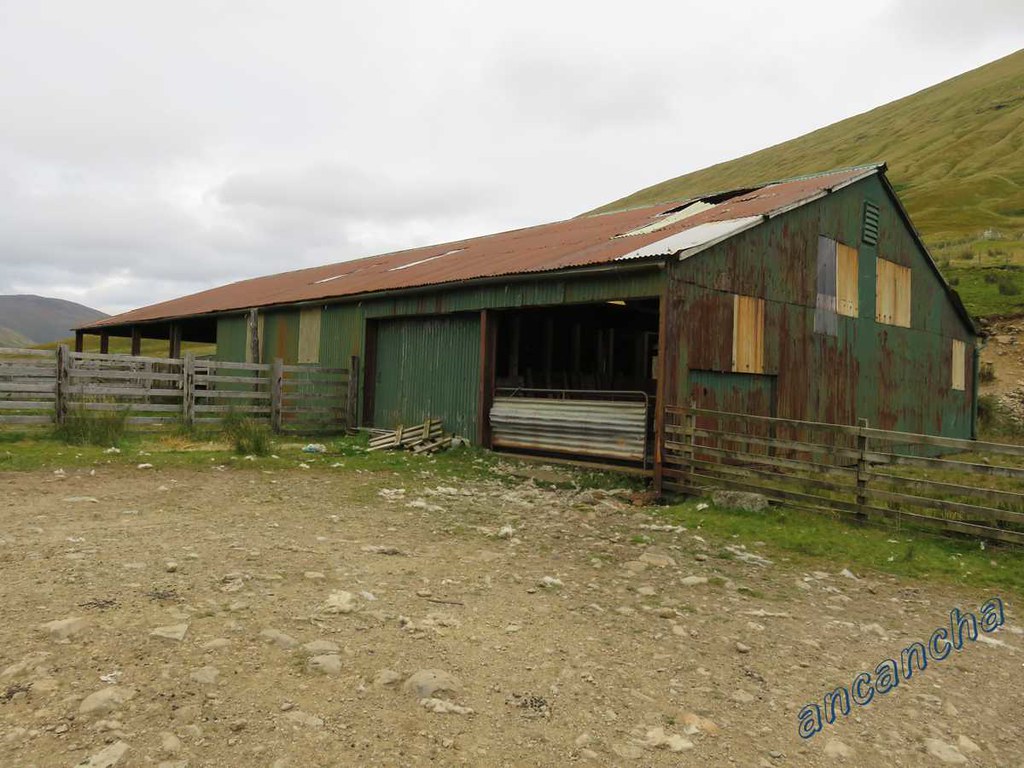 The whole place had a macabre feeling, bad things had happened here

Felt like some sort of real life Wallace and Gromit scene.

On the way in I had noticed that the sheep, normally pretty lethargic and only really interested in munching grass were on high alert, they all looked up and stared at me as I cycled past and took off like the clappers if I was close to them; strange

Looks like this is the reason, it is sheep shearing time 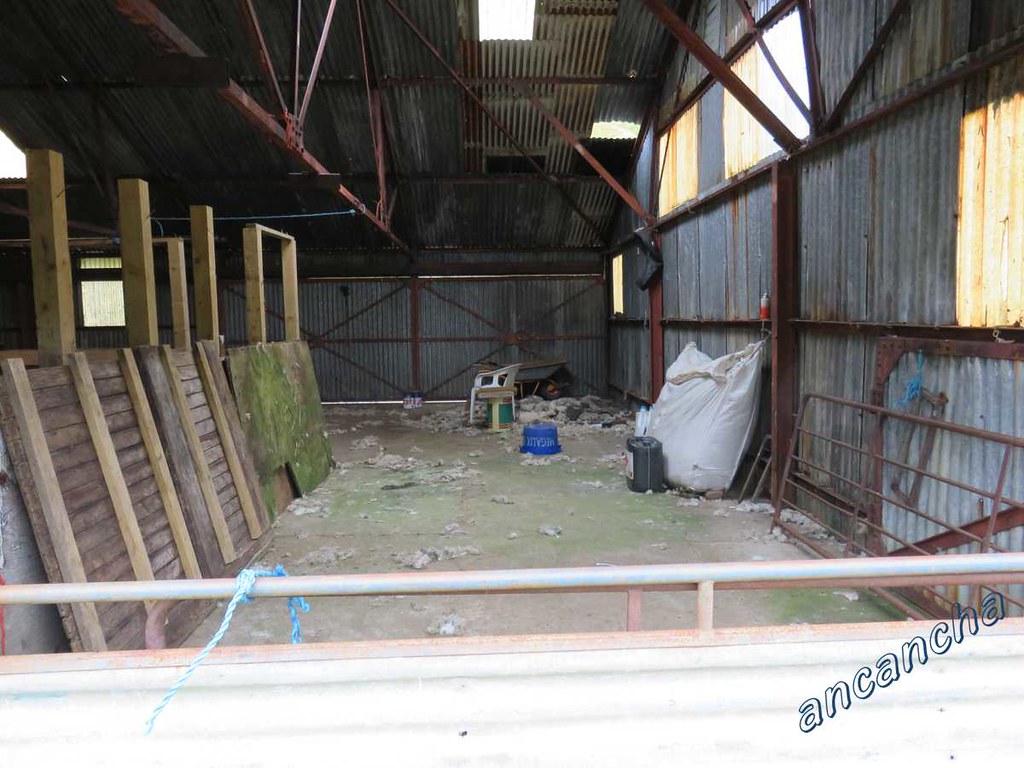 There was a broken horn outside still with the bloody marrow inside, obviously there is a bit of rough handling in the manufacture of woolly jumpers 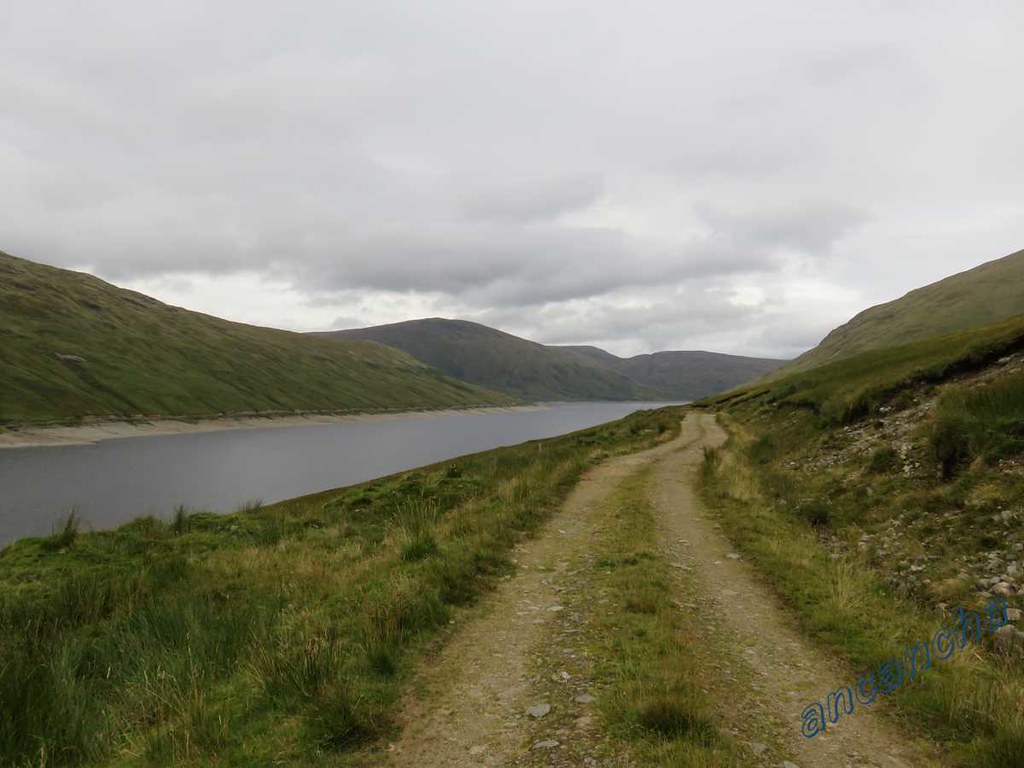 Coming back the track is even better than on the way out, more filled in with growth and quite smooth.

Got to the ford at the Allt Fionn a Ghlinne 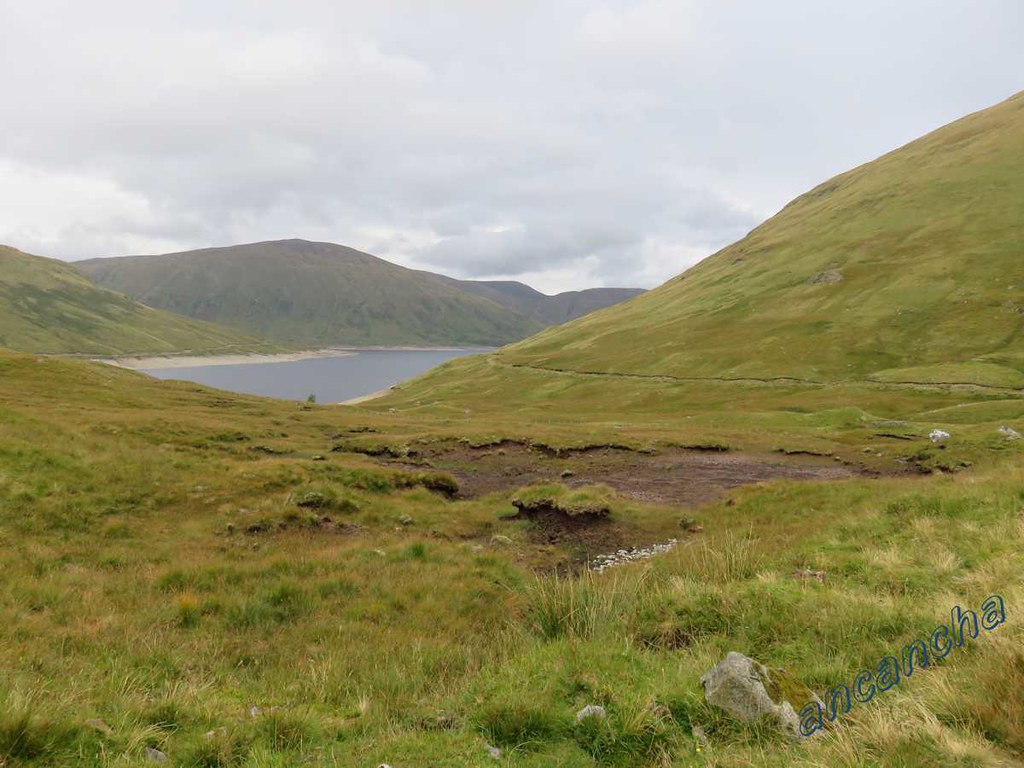 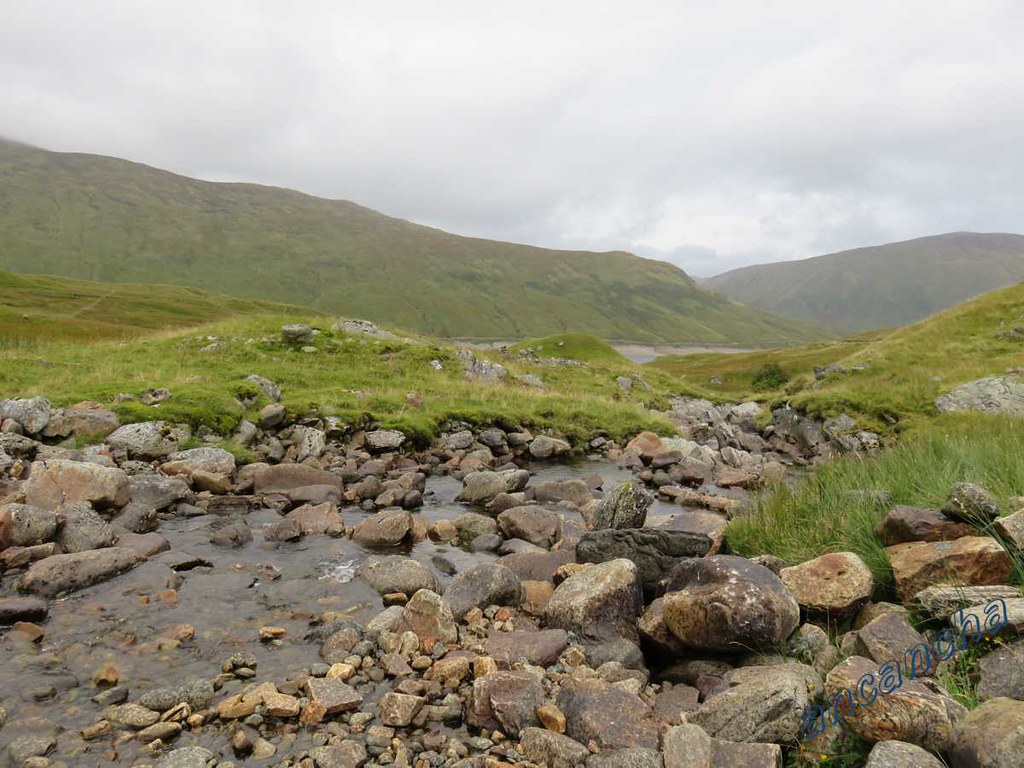 and it started to spit with rain, so I stopped and got suited.
There are a few ruins in the area, possibly just old shielings, though there were three distinct ruins. 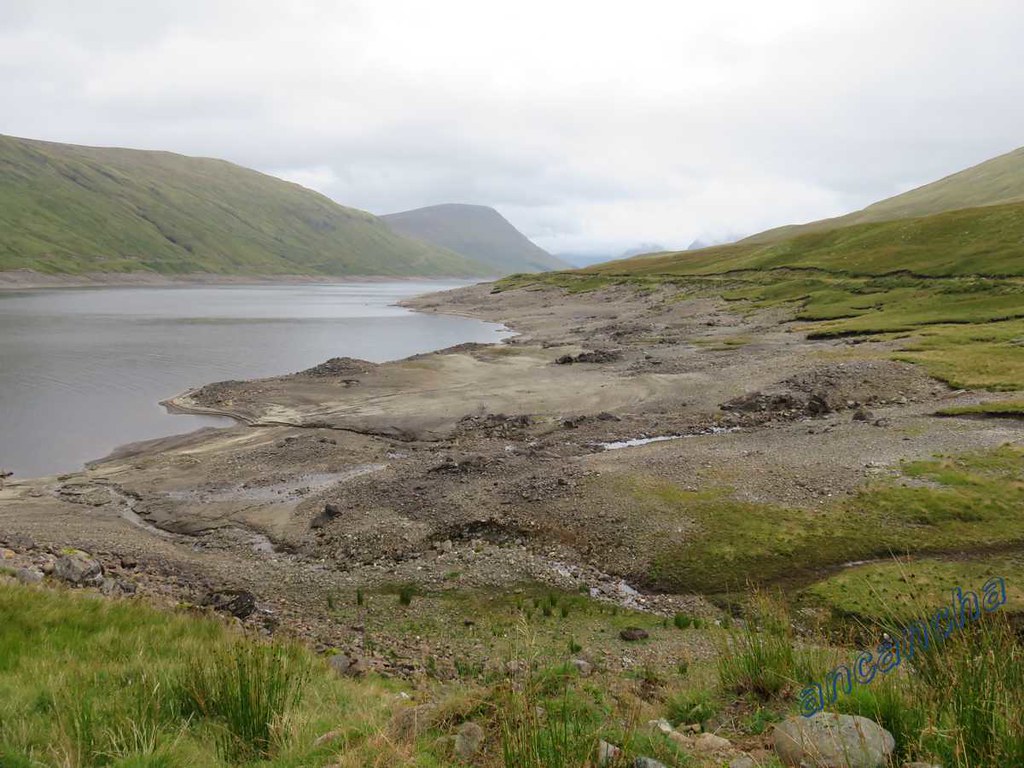 I think this old bridge was at the Allt Chall 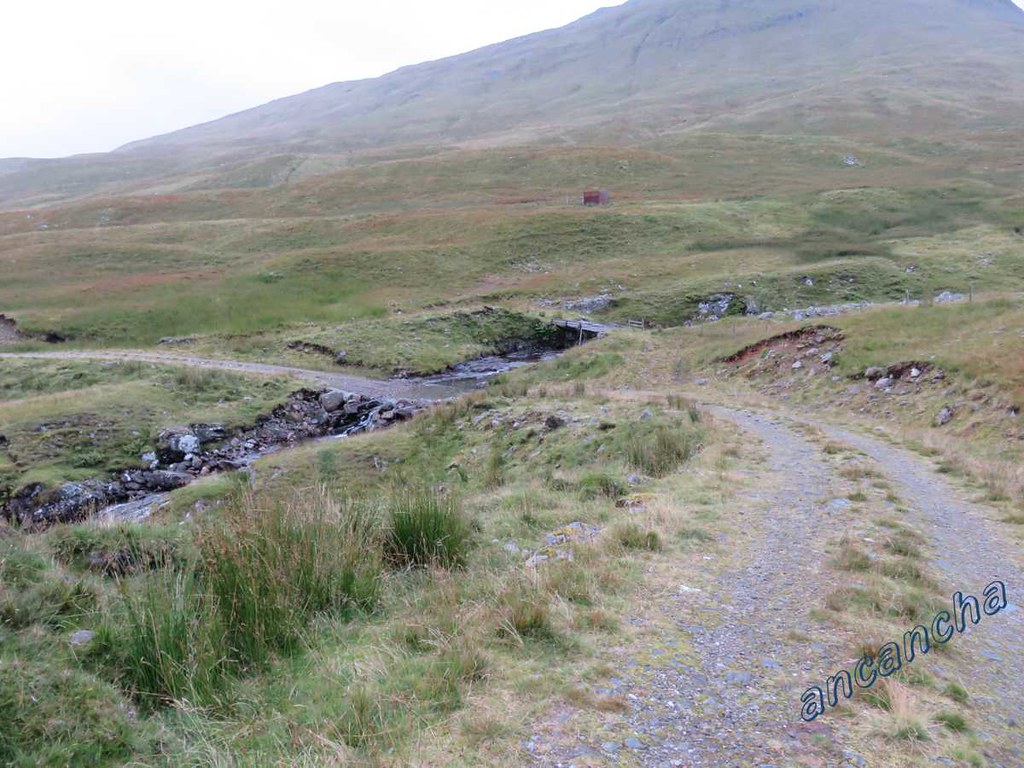 and more interesting patterns from under the water 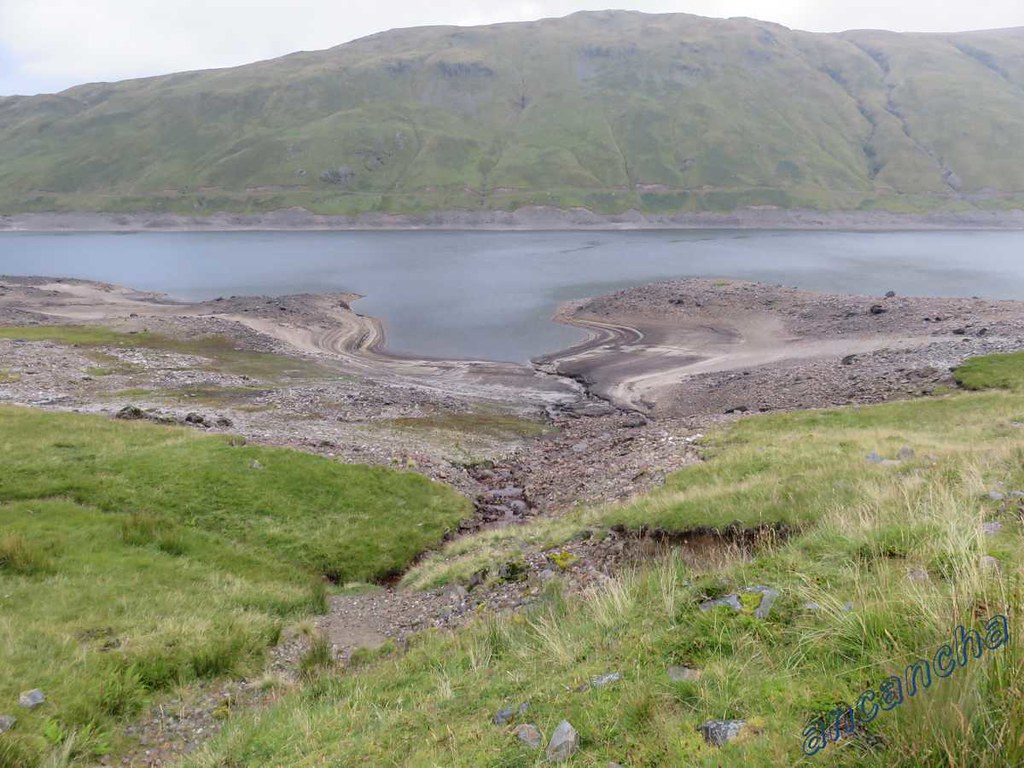 Past the boat house and slip 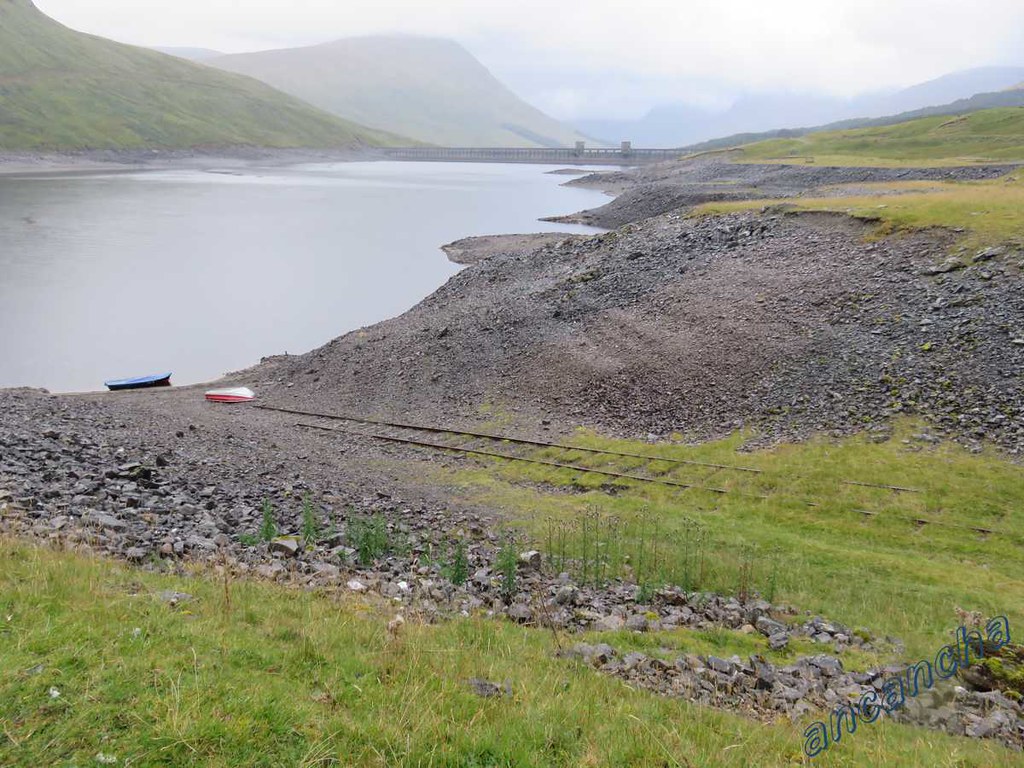 and back to the damn which is pumping out the watts 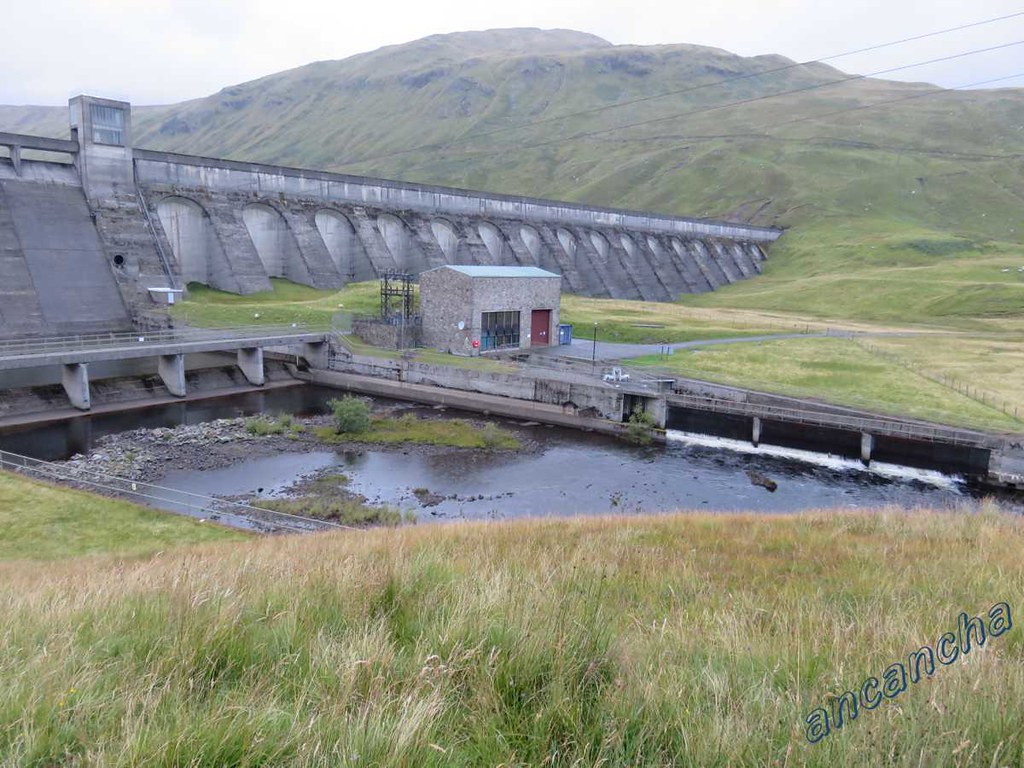 Not perhaps the most dramatic of cycles or routes, but the scenery was better than the photos, and as I say it's a great round trip for anyone who is keen on mountain biking.

Also an alternative route in to the WH start of Beinn Mhanach or for doing the Gleann Cailliche Three, more of that in the next report

Re: Biking round Loch Lyon

Thanks for posting Ancancha. My wife and myself bought mountain bikes earlier this month and I've been struggling to find good sources for routes. Lots of sites with info on 'from'-'to' road routes, but very little with circular day outings for mountain bikes.

Loch Lyon is now bookmarked for a visit

Re: Biking round Loch Lyon

SecretSquirrel wrote:Thanks for posting Ancancha. My wife and myself bought mountain bikes earlier this month and I've been struggling to find good sources for routes. Lots of sites with info on 'from'-'to' road routes, but very little with circular day outings for mountain bikes.

Loch Lyon is now bookmarked for a visit

That is good news SecretSquirrel, as I wondered if it was worth posting this

Once you are confident, then this one was good fun although a steep up and down over the saddle
Bike Track

Another tame but very beautiful one in the same area, although not a circular is Glen Tilt. I cycled more or less to the Bedford bridge at the Falls of Tarf, supposed to be very beautiful there, although I bailed out a kilometre from it due to darkness setting in and the last bit of track not being as easy going as the rest.

And of course the one that set my mind to a mountain bike in the first place Glas Tulaichean a bit steep on the decent if you are new to it, but great fun if you are confident.

Anyway as you can tell I am a fan and enthuse

There's plenty of choice, I think you will have a lot of fun