Cort-ma feet in the bog

Cort-ma feet in the bog


Monday afternoon free, so a trip to the Campsies was in order. And September was here, so we were happy to take the midge repellent out of the rucksack for the winter. This was really the first time we'd walked in the Campsies proper, apart from Meikle Bin and around the edge lower down. Cort-ma Law was the target today.


cort-ma-law.gpx Open full screen  NB: Walkhighlands is not responsible for the accuracy of gpx files in users posts

The Crow Road car park was busy and lots of people were enjoying the grassy path up the escarpment. Well, I say "enjoying" - ironically the midges were out in force! Not in huge numbers, but the worst we'd experienced this summer, and they seemed in a biting mood. Coupled with the steepish ascent it was difficult to escape until the ground leveled off towards Black Craig. Strange - I didn't think midges liked wall-to-wall sunshine... 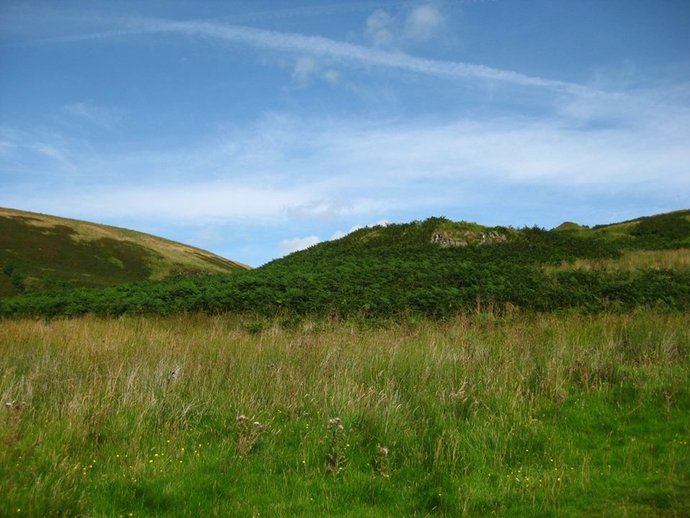 From the escarpment, there were great views over the Central Belt, although generally into the sunshine: Unfortunately underfoot it wasn't so good - every now and then there was a large boggy area with ever-widening webs of paths trying to get around it - all equally boggy. The several minor summits along the route aren't really prominent enough to get you far away from wet ground. 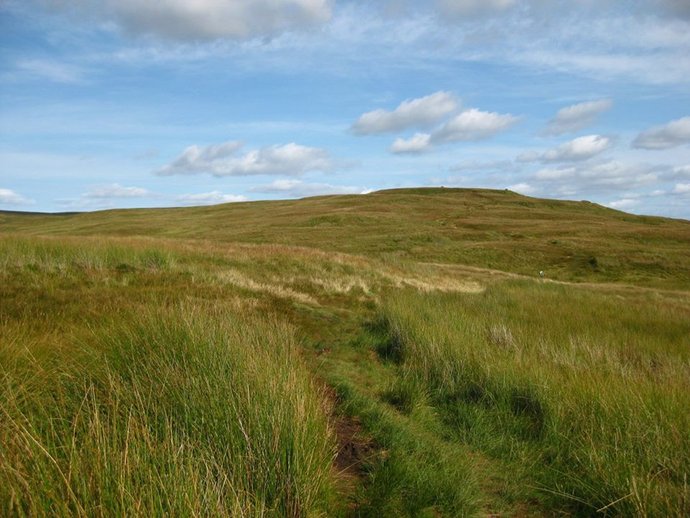 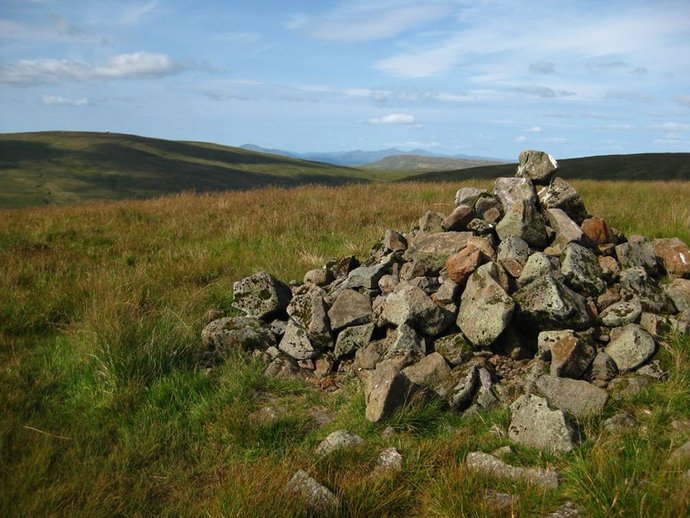 The worst part was between Lairs and Cort-ma Law - we headed left on a faint path as per walkhighlands instructions, but large areas of bog took ages to find ways around. Long-jumping helped some of the time... other times it just meant we landed in more bog with extra force

The path was intermittent too, and we were slightly relieved to see the trig point ahead through the grass. 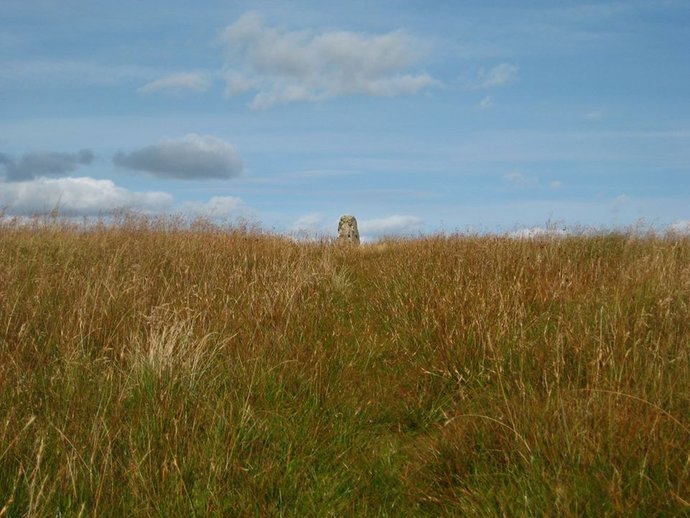 Undeniably good views though today (this would be a terrible walk in clag!) despite the flat ground all around. 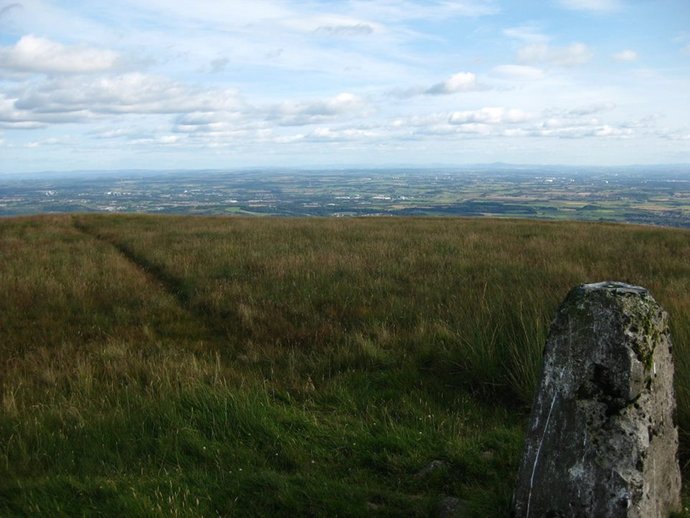 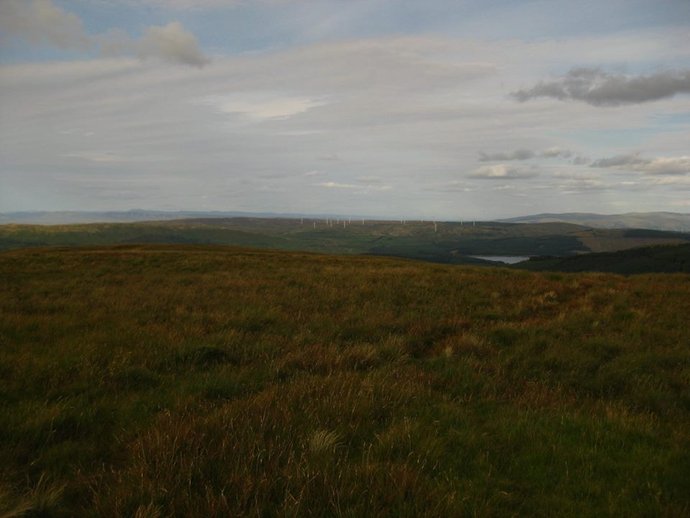 Bird of prey above: 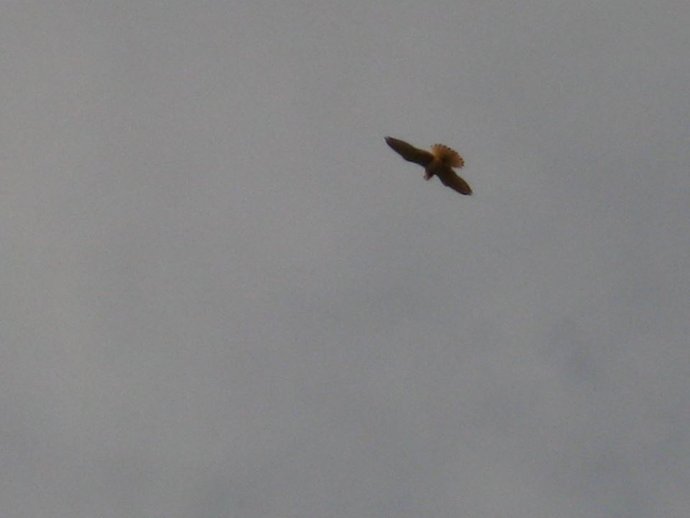 The "path" to higher Lecket Hill was even worse, but after this it got much better, still with soggy sections but fewer massive expanses of bog to navigate through. Looking ahead to the western Campsies: 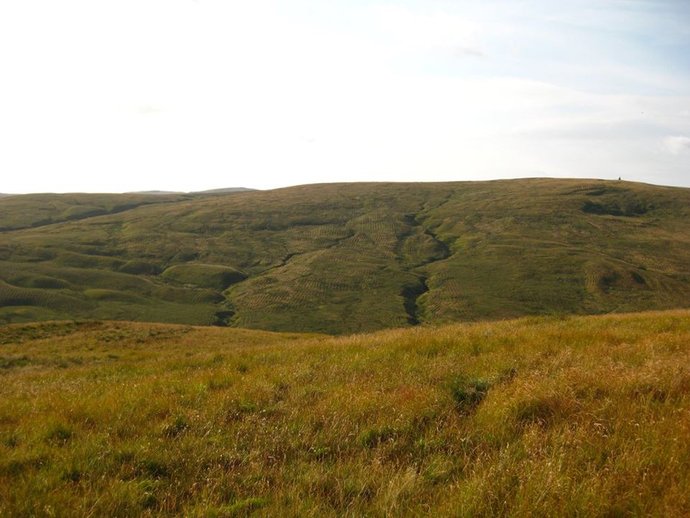 Soon we were descending towards Alnick Bridge, where midges were waiting around Alnick Burn, much to the dismay of cars stopping for a photo op here. 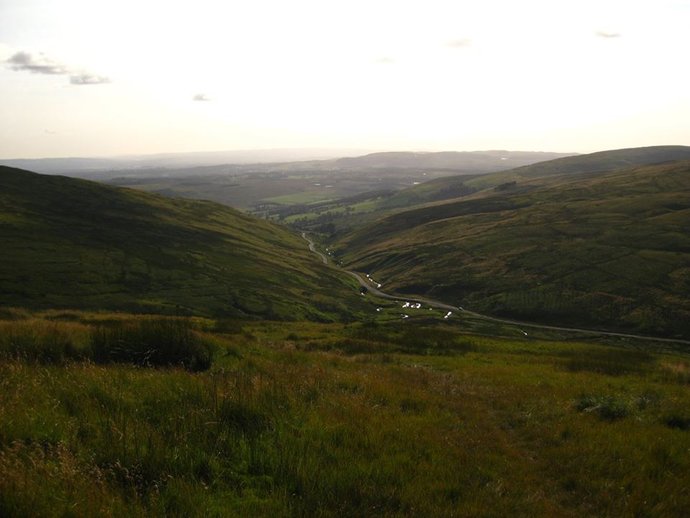 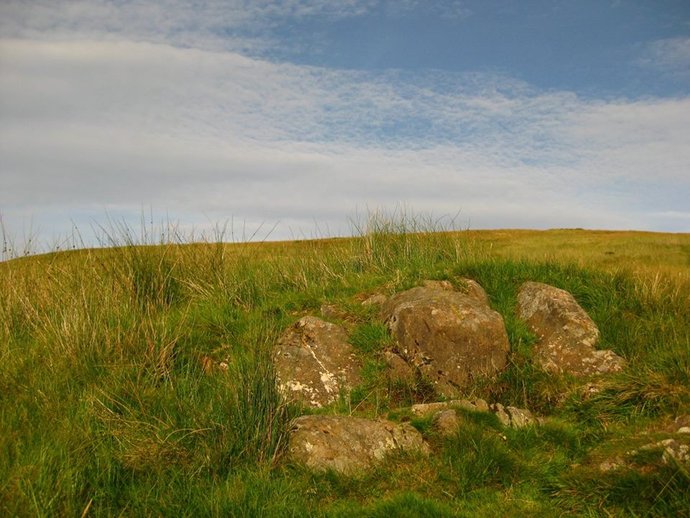 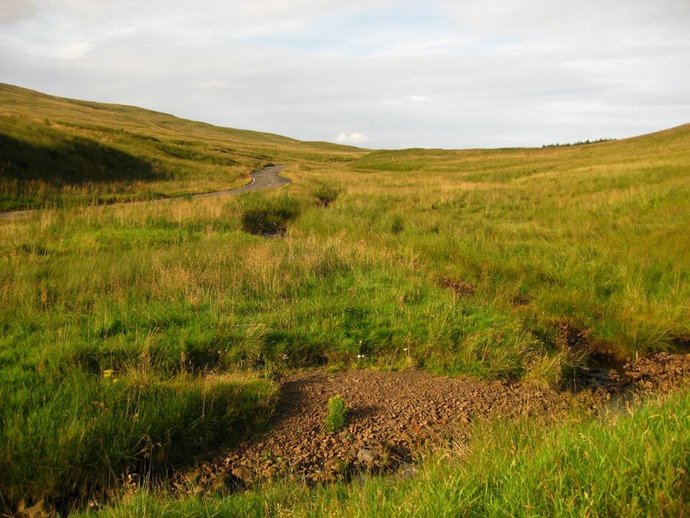 From the road we were planning to head along the off-road path by the burn back to the start. However, after following it for a few metres we realised that it was no more than a signpost pointing into nettles on very rough ground (I fell over almost immediately, miraculously missing all the surrounding nettles). We retreated and headed back via the road, which wasn't too busy, above the burn and its little waterfalls. 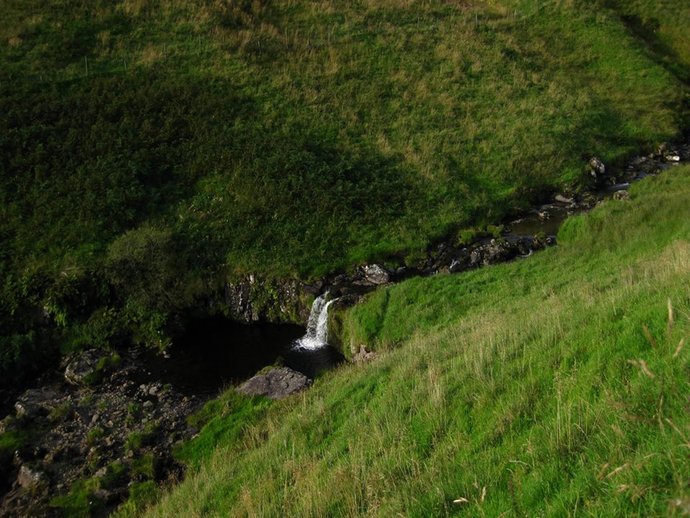 Great views and weather today - shame about the bog for the middle section and lack of path at the end, otherwise this would be an excellent circular walk.