The Kilpatrick hills loom over Glasgow way to the west. I've been meaning to get up on them since I moved to Glasgow in January this year but I hadn't made the time.

I'm on holiday from work with little in the way of plans so decided to get out of the town for a few hours. I left my house and made my way to Anniesland train station and got a train that stops at Kilpatrick station where I would be starting my walk from. £3.50 for a return ticket, I got caught by the ticket lady

Once out of the station the walk begins and it's pretty simple to find your way to the start of the walk.

Just follow the road under all the bridges and look out for the signs. 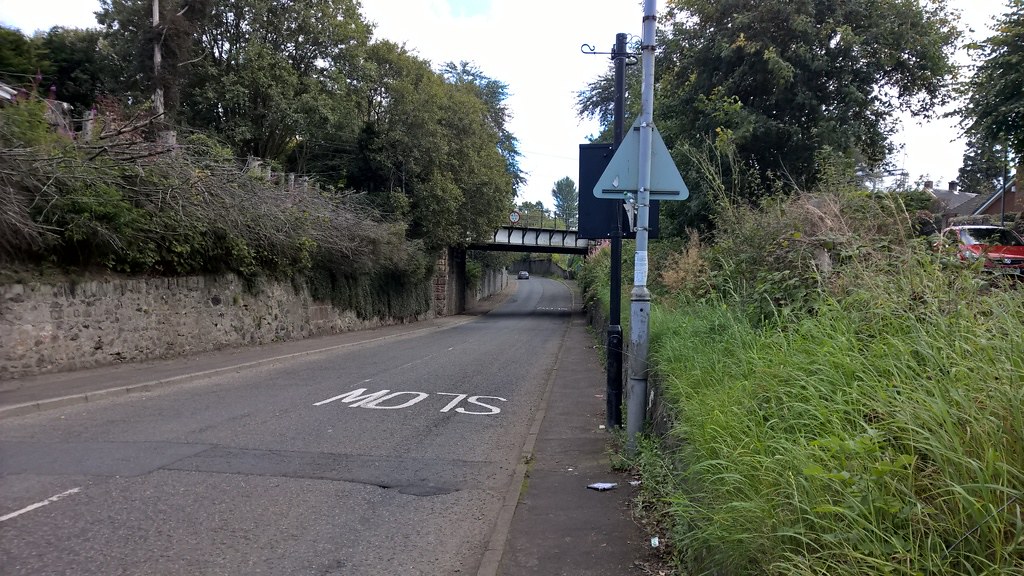 2miles from this point to Loch Humphrey. 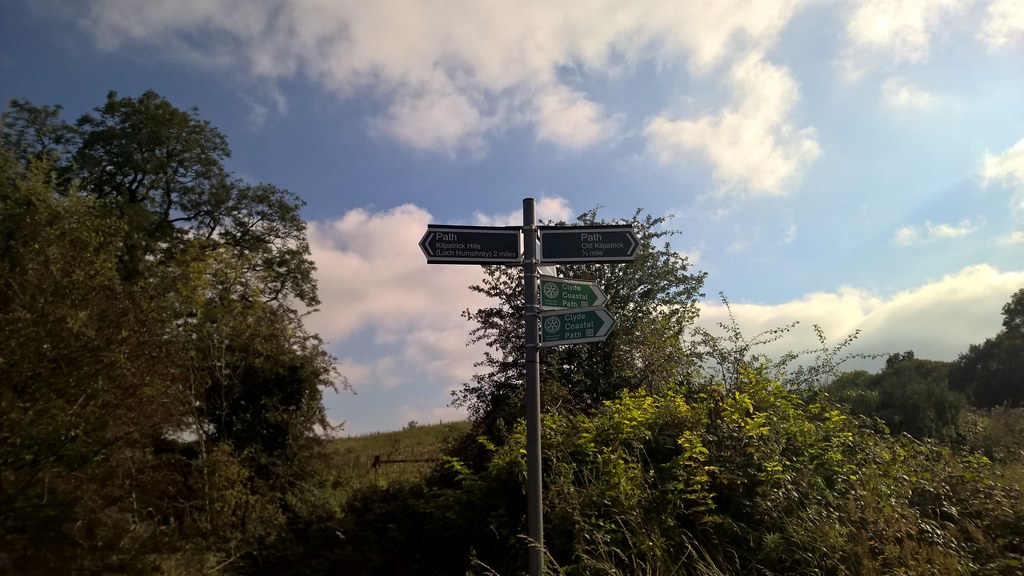 The sun was trying to come out but a stubborn layer of cloud was doing it's best to prevent it but that was fine with me. It doesn't take to long to gain height as right from the get go you are heading up. The road is in very good condition, early on it's lined trees and wild Blackberry bushes but soon the views over the Clyde open up. They are amazing even on this hazy day. 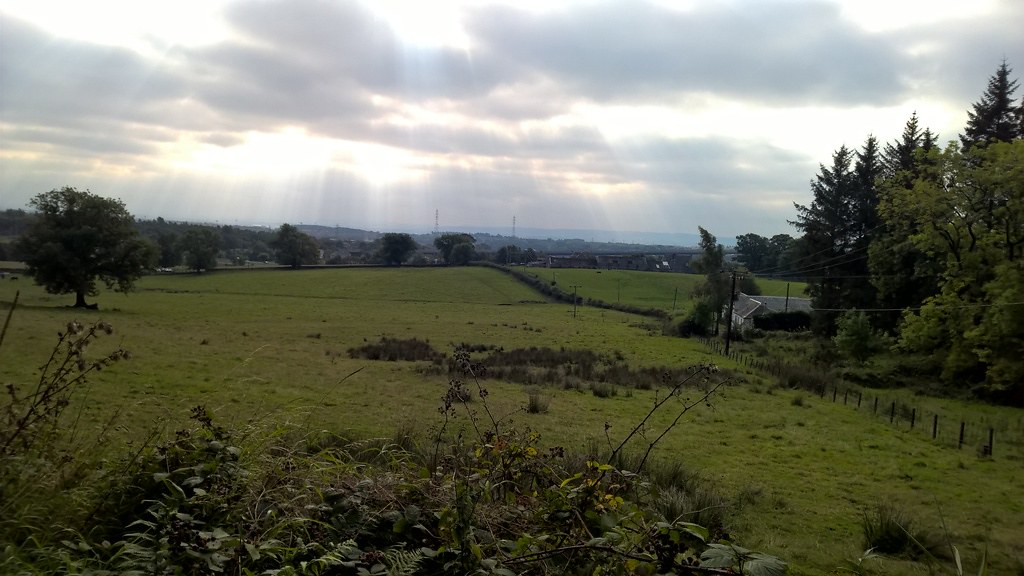 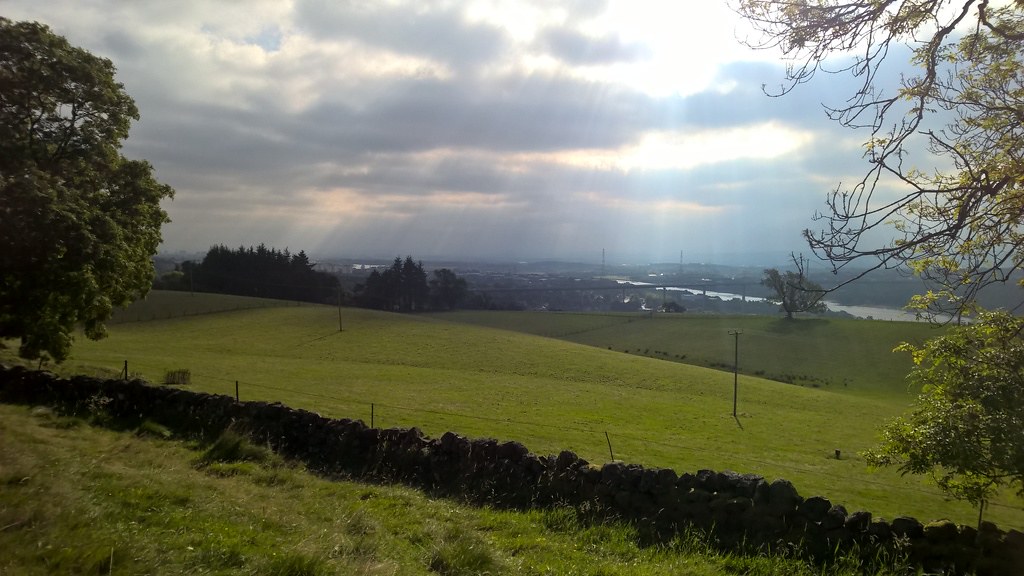 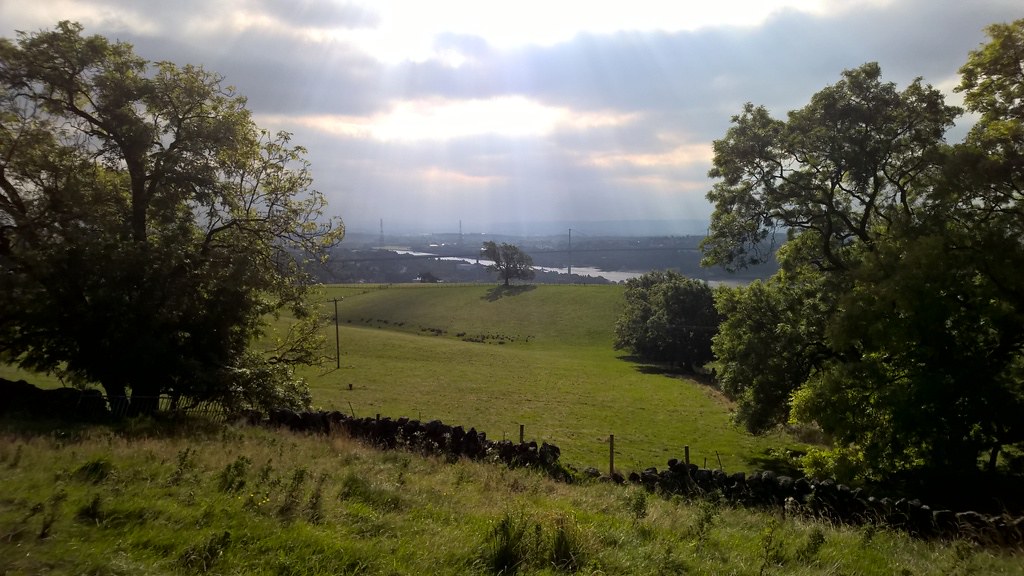 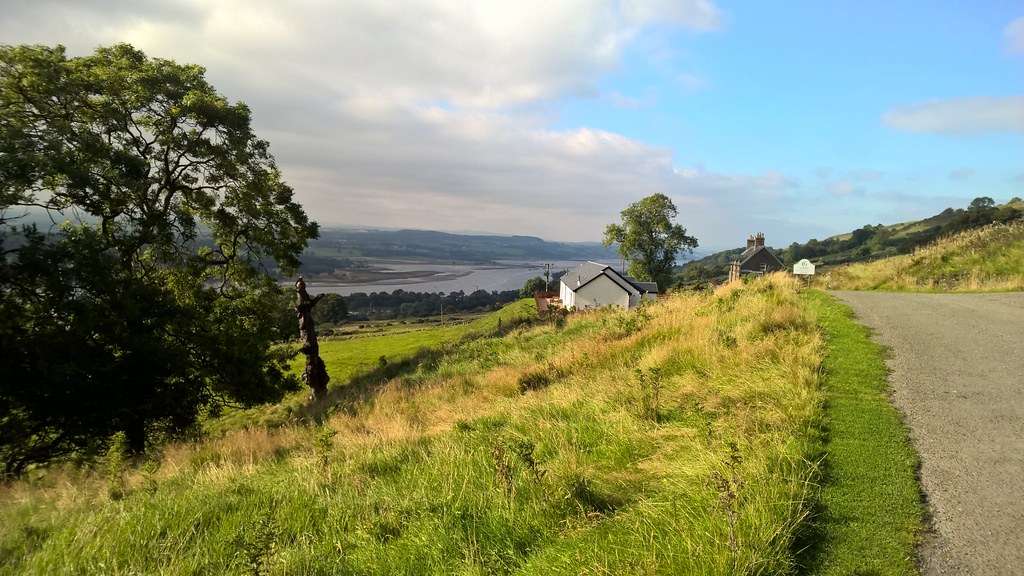 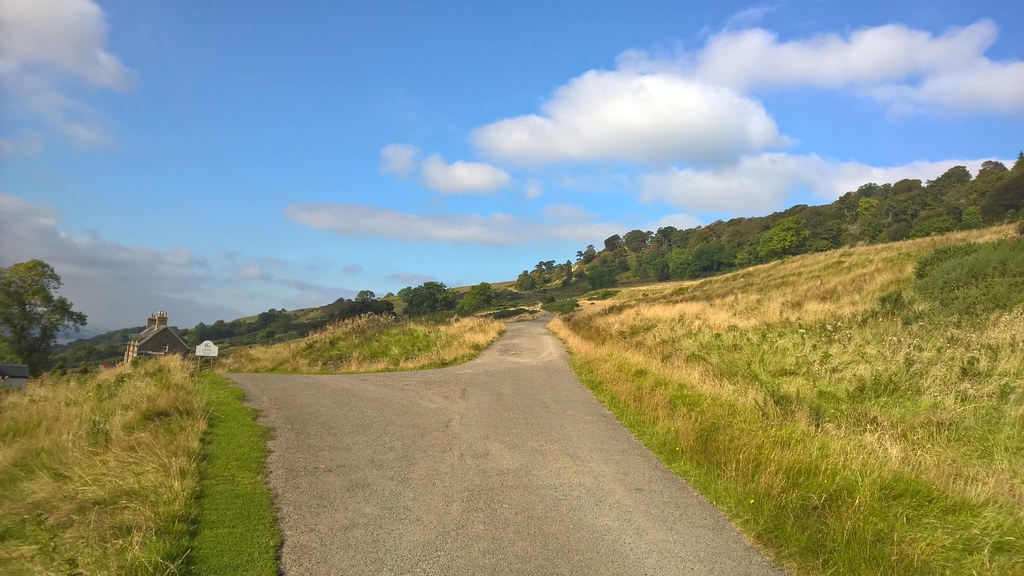 I spotted a lovely memorial to man that clearly loved these hills. The picture on the tree was of him with the view from where I was standing in the background. 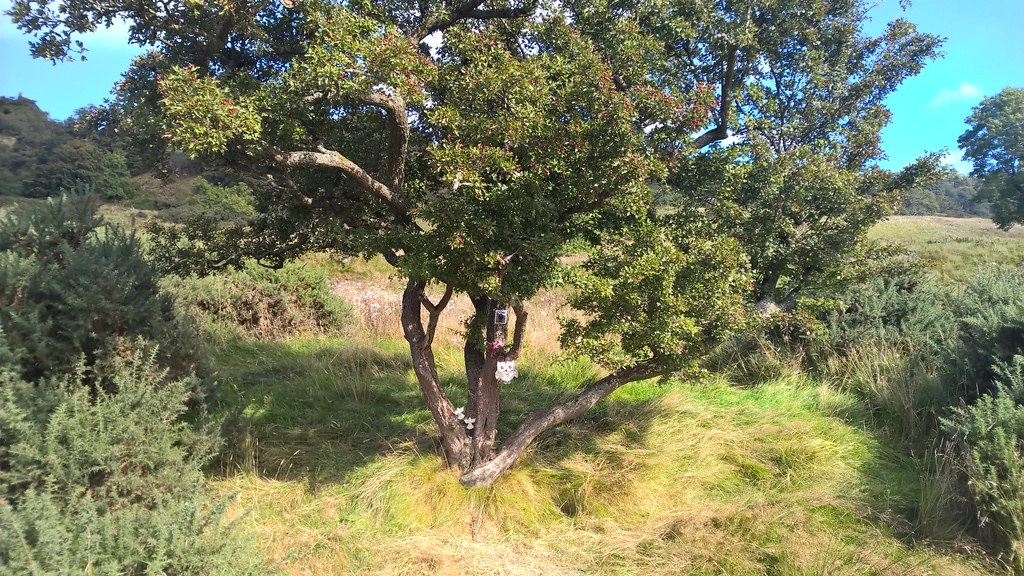 The road continues on up and the views over Glasgow/Erskine are great. 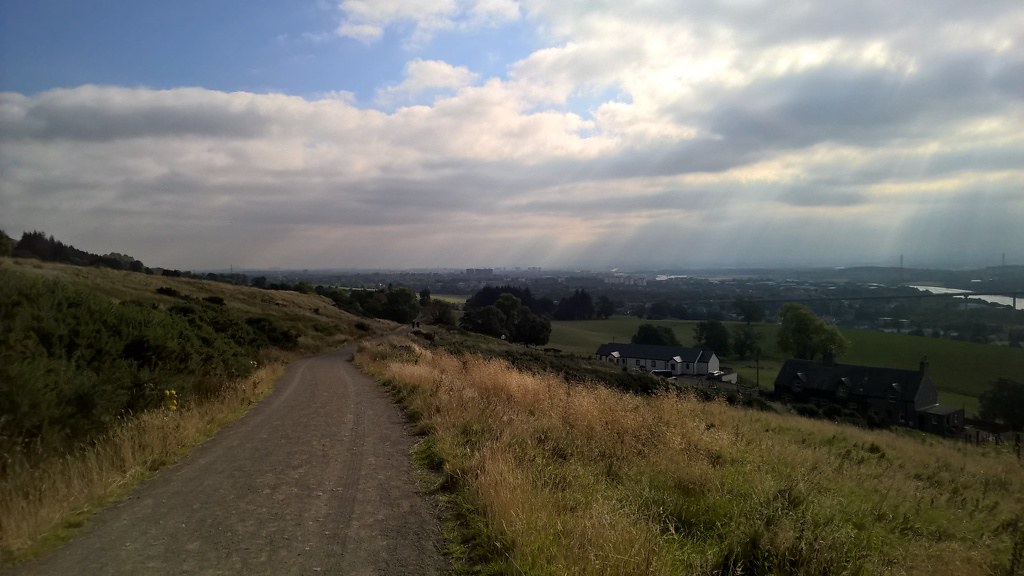 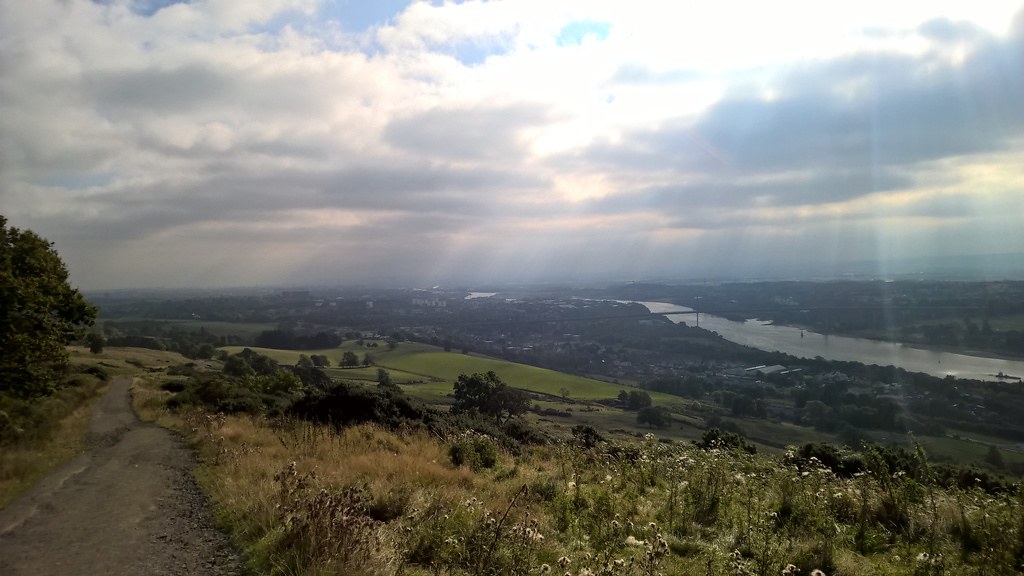 The gentle road has a sting in the tail, it soon ramps up and the last pull is steep. This took me by surprise actually and the sweat was lashing from me. You'll know when you are on this bit

The steep bit of road curves up around the hill before a welcome level stretch, this is the last chance to get a picture looking back down the road. 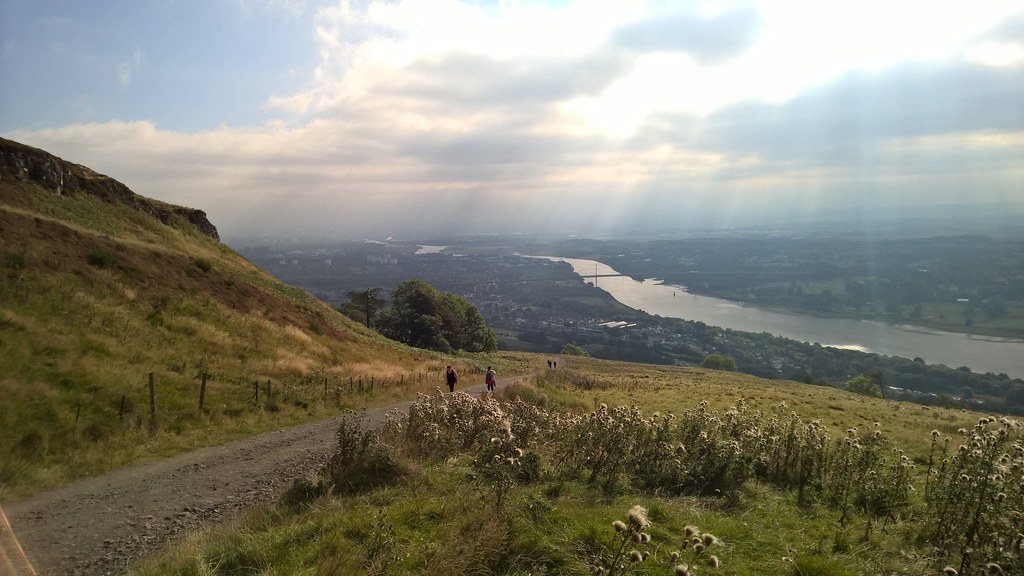 The short stint to the loch is easy going by comparison to the road up and the land scape changes. 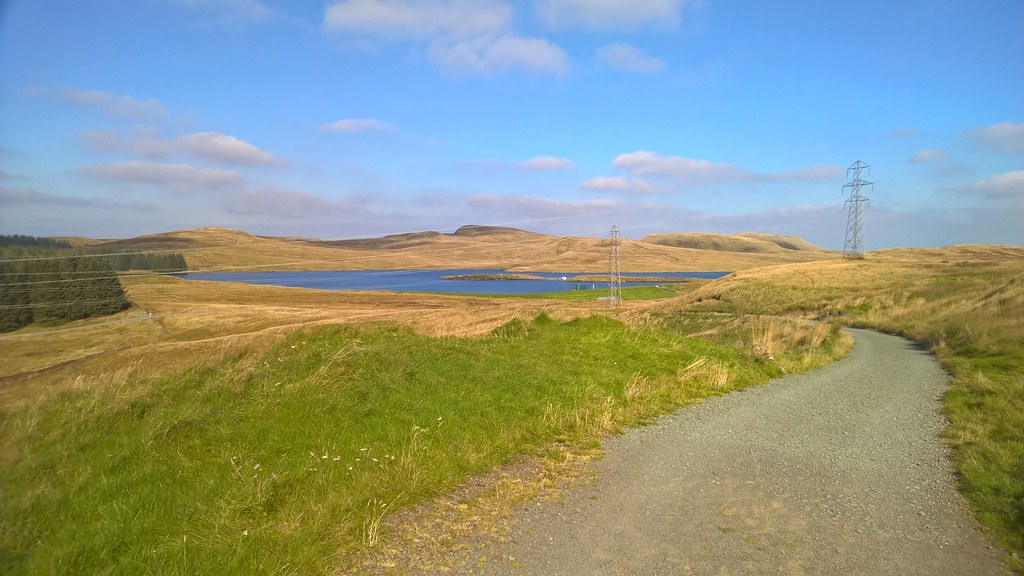 I stopped at the loch for a quick bite to eat. A ham roll, a Milky Way and a glug of Lucozade. I had necked plenty of water on the way up and was glad for a different taste. 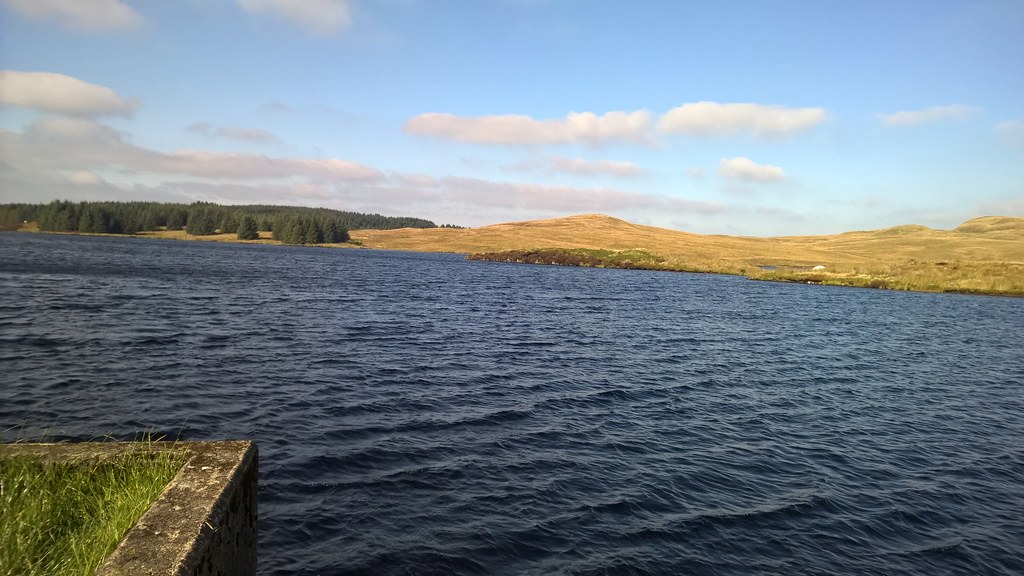 As I finished my lunch I realised that I was 100% sure where I was going. I don't have an OS map for the area and there was no phone reception so I couldn't even check WH

I walked around the right hand side of the loch where there is an obvious path leading off into the hills. I was on the door step of Glasgow but right now I could have been everywhere, it was so peaceful here. I was surprised by how hilly the area was, there is potential for exploring to be done here.
I followed the path (which was boggy in parts) in the picture below and I met a lady coming down towards me. I asked her if I was on the right path for Duncolm. She informed I was, thank you stranger. 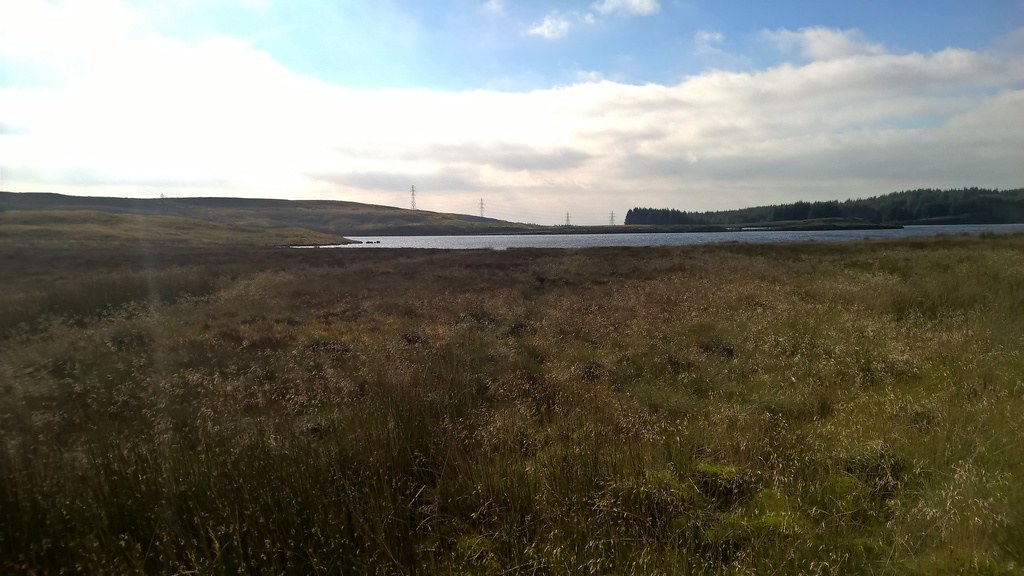 The grasses were nice and the light breeze made their movement slightly hypnotic. 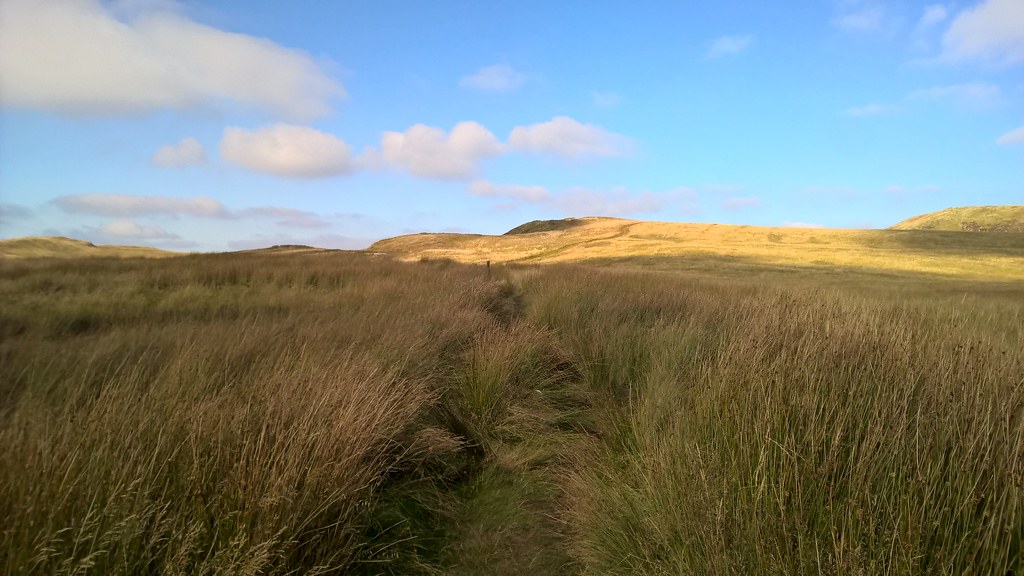 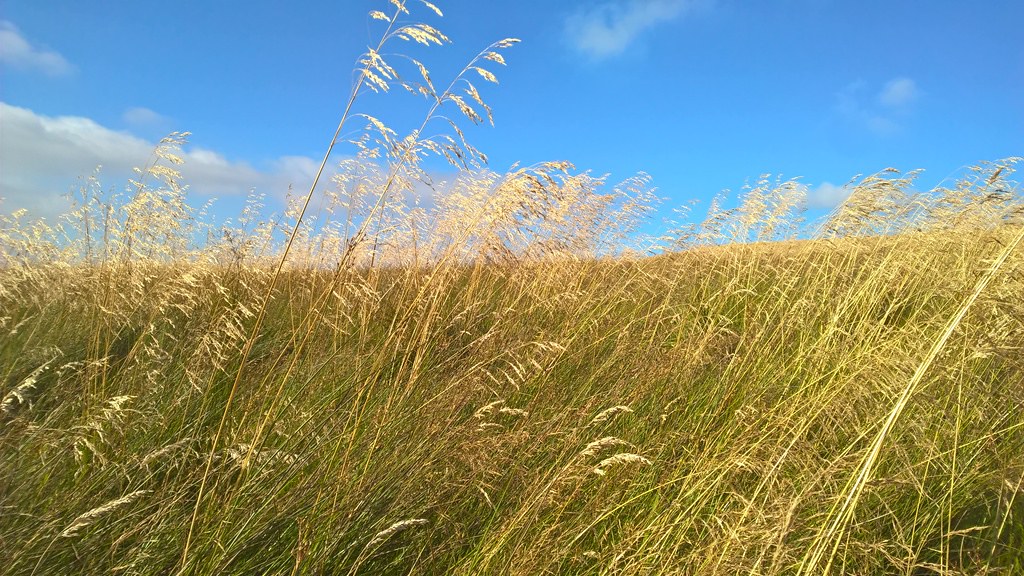 I'm standing on hill 2 looking to hill 1 here and my goal for the day. It was a short but steep pull up that hill. 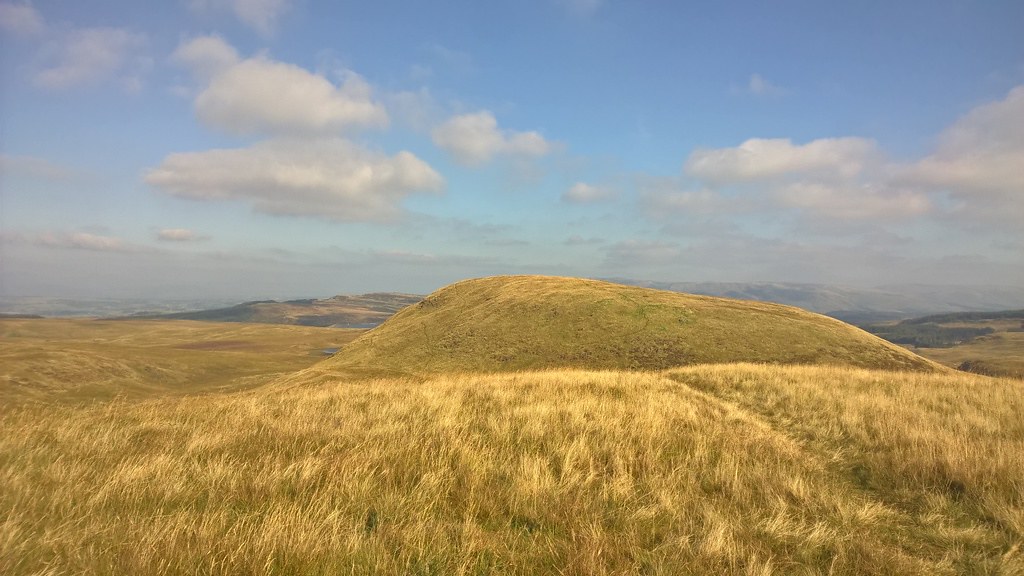 Once on the summit I thought I would get some views to the west but the haze was to intense. 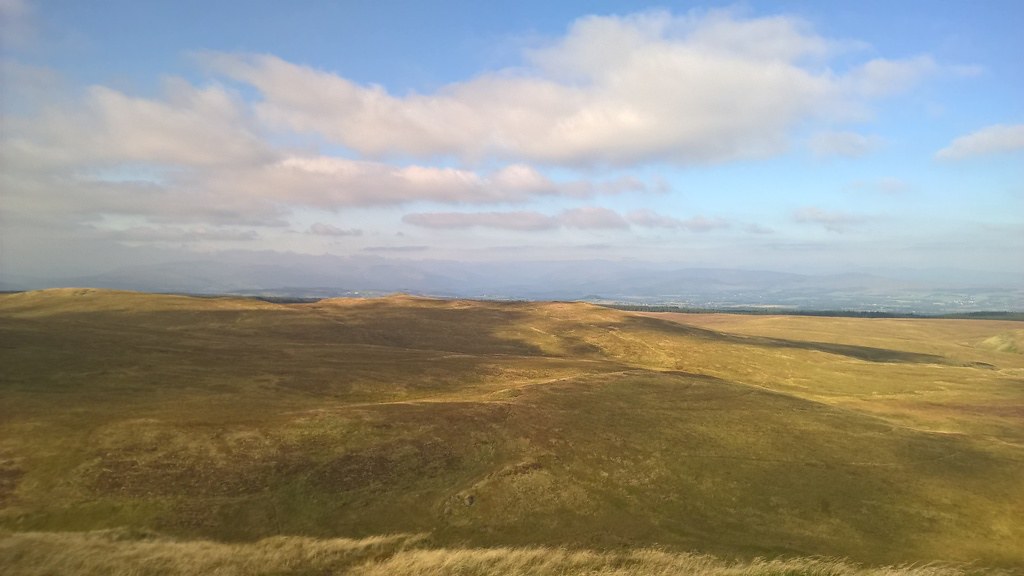 The trig point with Earl's Seat away in the back ground. 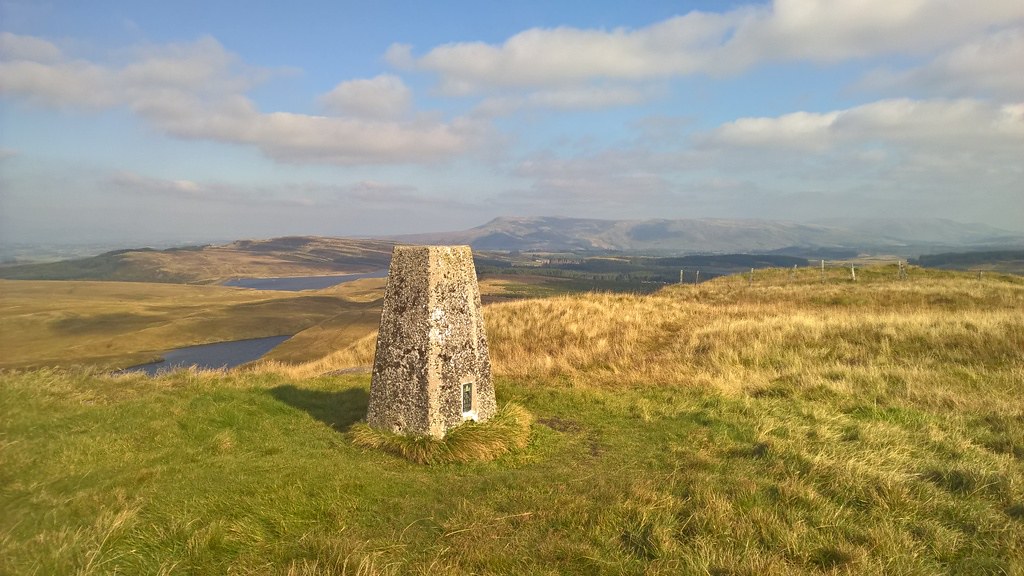 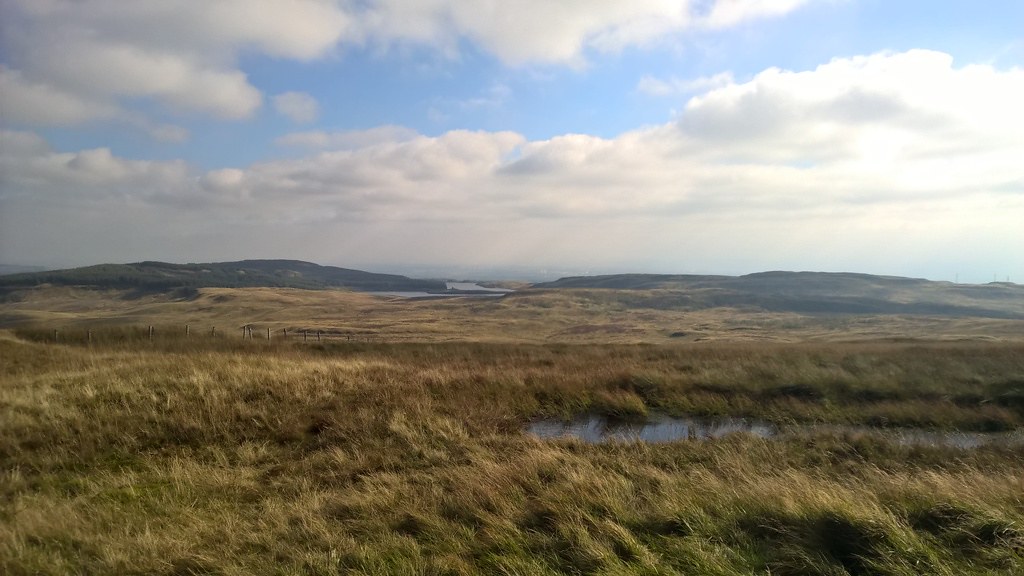 From here I retraced my steeps back to the loch but decided follow the road into the hills a wee bit before branching off up a steep grassy slope and onto a ridge where I had seen some folk earlier. Form this vantage point I could see another trig point so made my way over to it. From here Glasgow was laid out in front of me.


I decided to follow the path that leads away from the trig point and through the heather. I had no idea where I was going. It's strange being both lost and knowing where you are

I spotted a grouse, I don't know why but that surprised me. It's shouldn't have as I had already seen a Kestral and a Buzzard already. The walk offered some cracking views.


There are multiple paths branching off in heaps of different directions but I figured they probably end up going to the same place. I got chatting to a guy with a mountain bike and he told me that there were many ways off the hill and told me to avoid one that is used by mountain bikes flying down hill.

I received my first nettle stings I've had since I was a kid, what an odd sensation, I had completely forgot what if felt like

My path down. I came to a junction where the path sort of doubles back on it's self and I followed this all the way back to the road.


I really enjoyed my walk in the Kilpatrick Hills, there seems to be a lot of walking to be done up there and I'm sure I'll pay these hills a visit again.