After Seana Bhraigh we needed something short today as we weren’t exactly ‘sparky’ first thing.

Passing through Muir of Ord Nev gets excited as we see a Red Kite. Eventually got to the Torrandhu Bridge car park at 10.30 am and were rewarded by the sight of an eagle over the Fannichs. This was going to be a good day. Underway by 10.50 am.

Took IainG’s advice and carried Teva sandals + towel (to be left by the bank for the return crossing of Abhainn á Gharbhrain). Good insurance. It was about as dry as it gets and we were able to cross the river dry shod (both ways). Having spent many an Ullapool holiday I know how wet this could have been. Now just a gradual climb up to the bealach – today especially, liked that word ‘gradual’. Stopped for lunch in the lee of the un-named top (NH 300 781) – was warm in the sun and out of the breeze We gazed across Slugan Bàn to Meall Gorm and N to Am Faochagach itself. 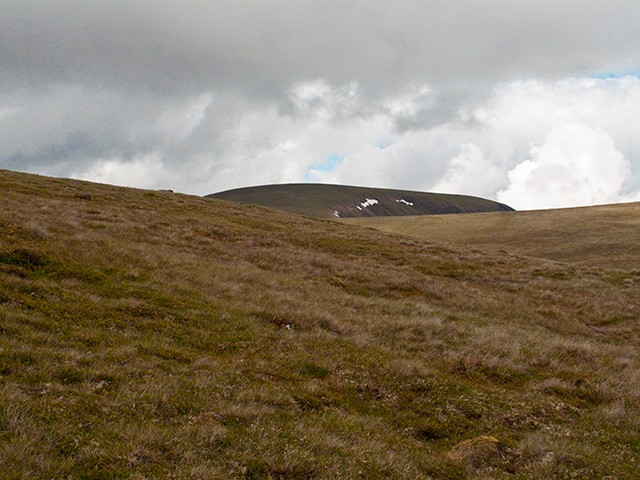 No hurry. Replenished, we continued only to be stopped a short way further along by an energetic little wader-type bird I now know to be a Dotterel – never seen one of these before. Quite a poser too. On to the top and pics. 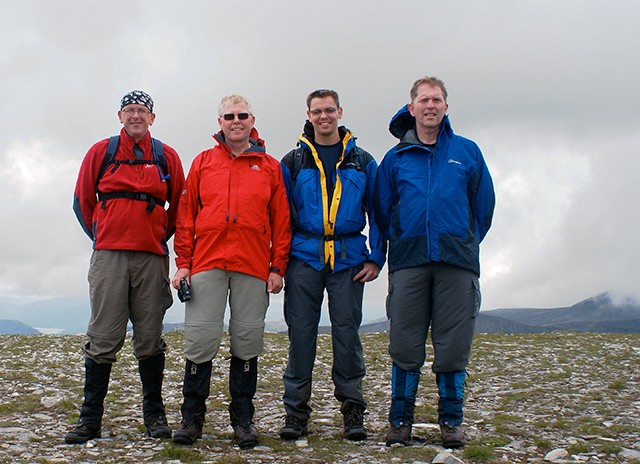 That was it for Dan – his first taste of Munros and he liked it. Back S tomorrow as the boss man was expecting him to be at his desk by 8.30 am on Thursday. So stopped by the Priory Hotel bar [Beauly] for a 'goodbye' pint.

Neill and I had now completed the Beinn Dearg group – satisfying.

Thanks for this. Walked this about ten years ago and the river level was also kind to us, but the weatherwas not. As so often with this site, the pleasure is to see what was, for us, shrouded in snowmist above 4oo metres. Your visit north has been favoured.