October 1st, autumn is here, mists, mellow fruits and Factor 30. Yes. another fine day of this Indian summer.
Today was supposed to be a more restful day following two hefty days and six Munros, but in the law of the mountain walker it surely must be a criminal offence to waste such glorious weather moping about in the glens, so up high it had to be. With a token gesture to an "easier" day, I chose Buchaille Etive Beag, a 30 minute drive across Rannoch Moor, and a shortish walk on good paths.
The drive itself was a pleasure, plenty to admire:
Inversion over Loch Tulla 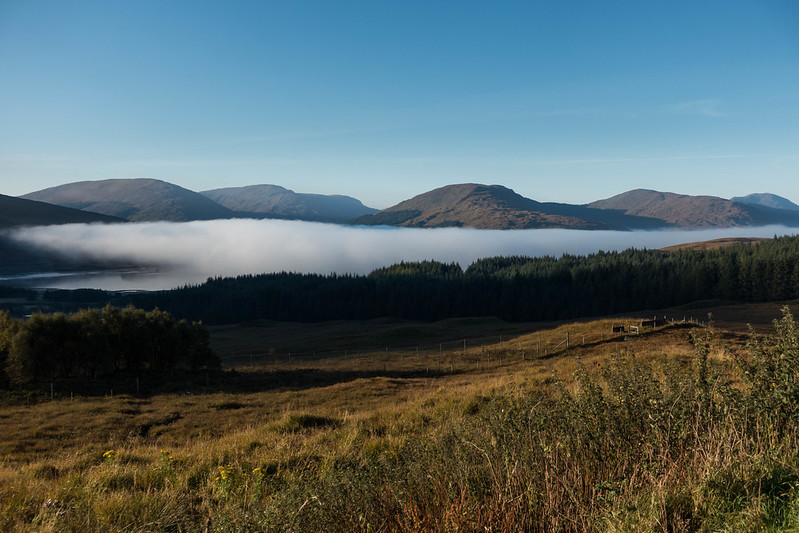 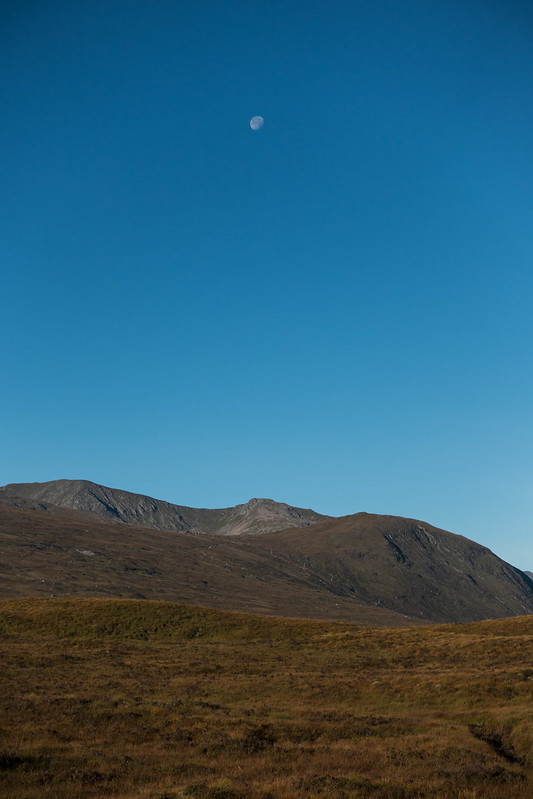 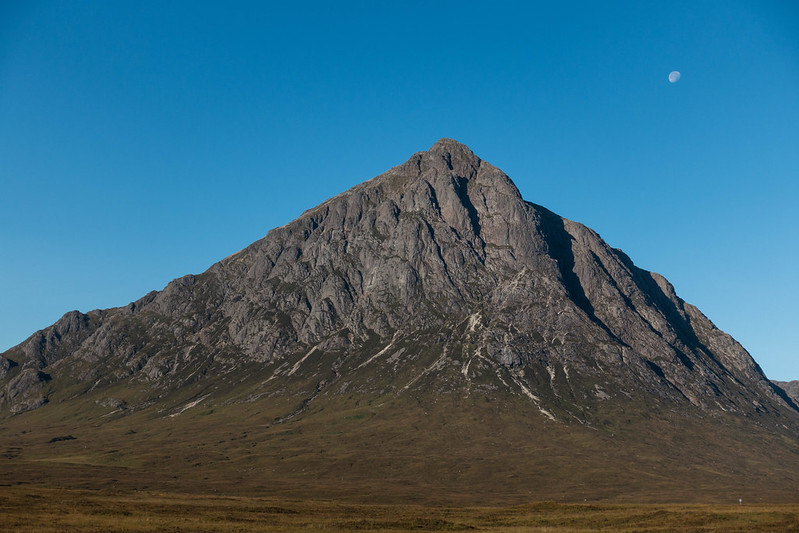 The car park was nearly empty and luckily in shade, as was the major part of the ascent, fortune smiles again.

The ascent path to the bealach is excellent, divided roughly into three sections of steady, steep and steady again, and I got to the bealach one hour after leaving. 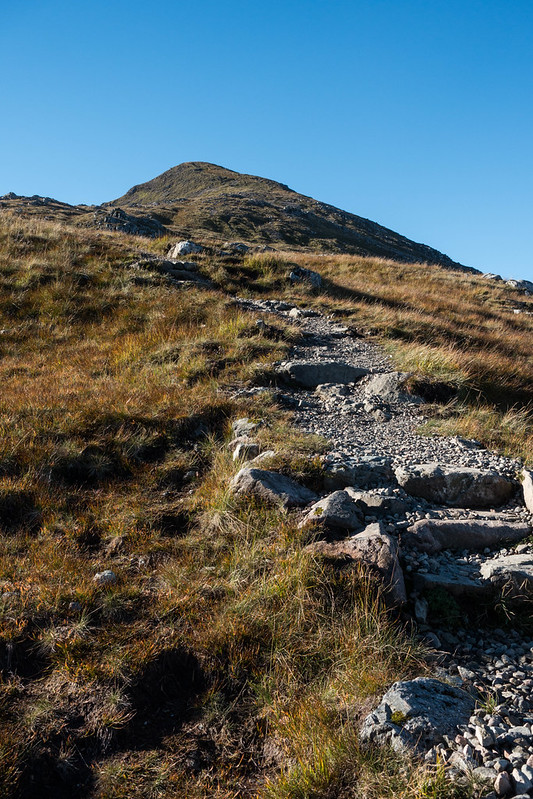 Looking back to Aonach Eagach 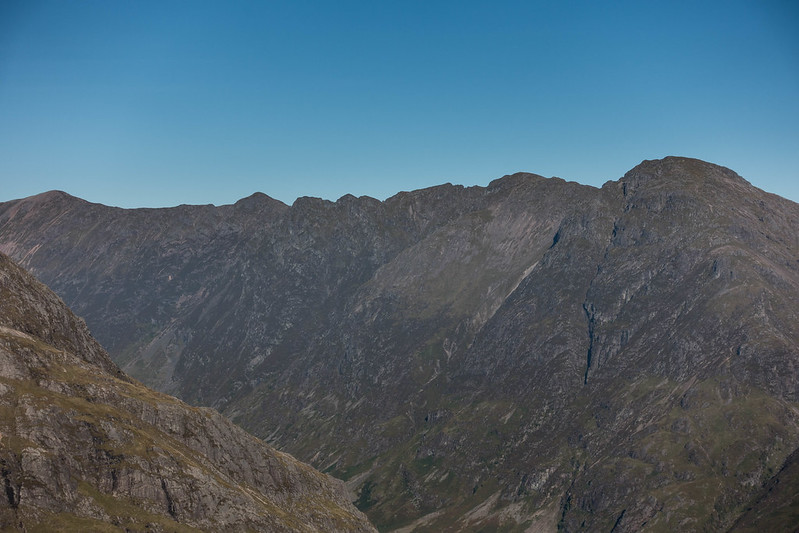 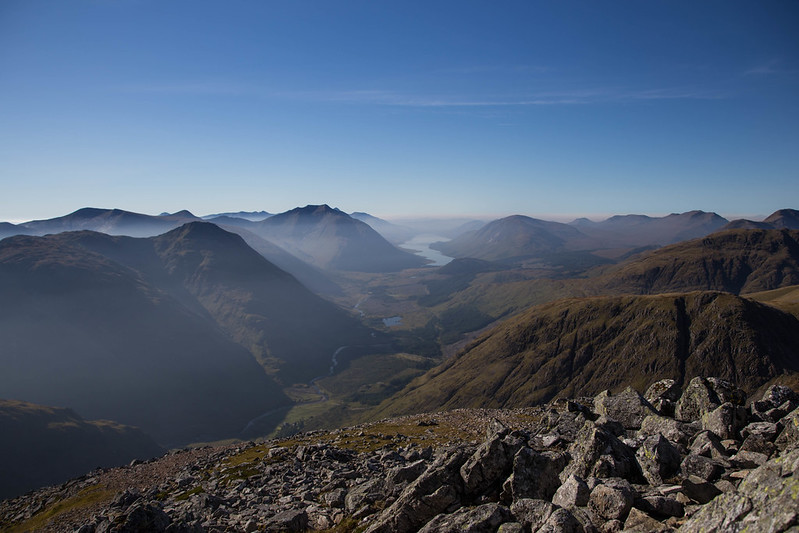 I took a right turn and headed up to Stob Dubh, the southern summit, then followed the advice to go further on to the far cairn, for the best views down Etive. 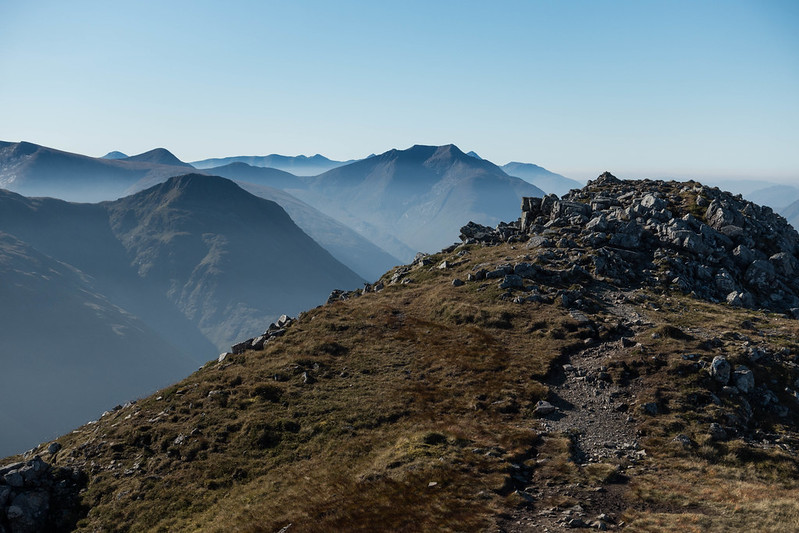 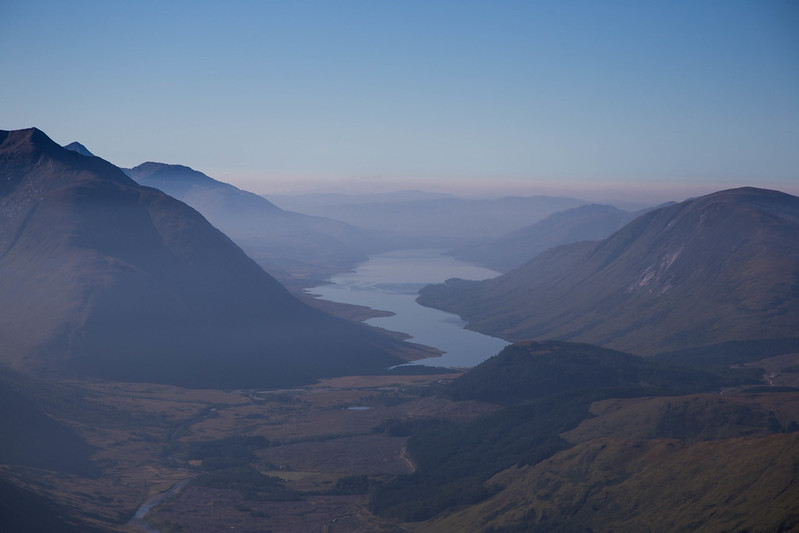 Fine views abounded, plenty of those mountain "ta-da!" moments when you get over a rise, or turn a corner and get a new spectacular view. 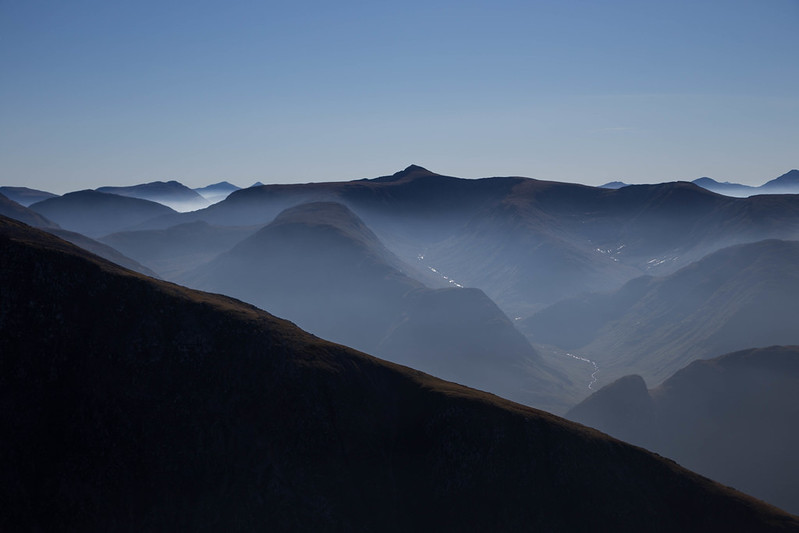 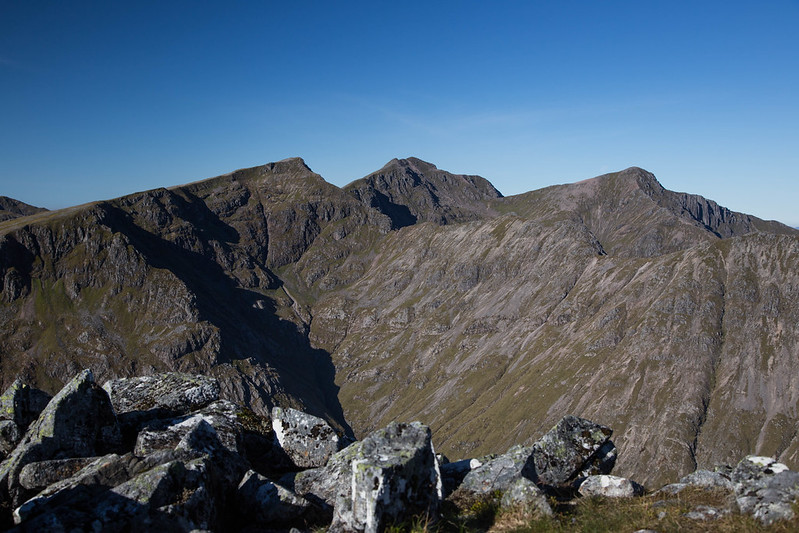 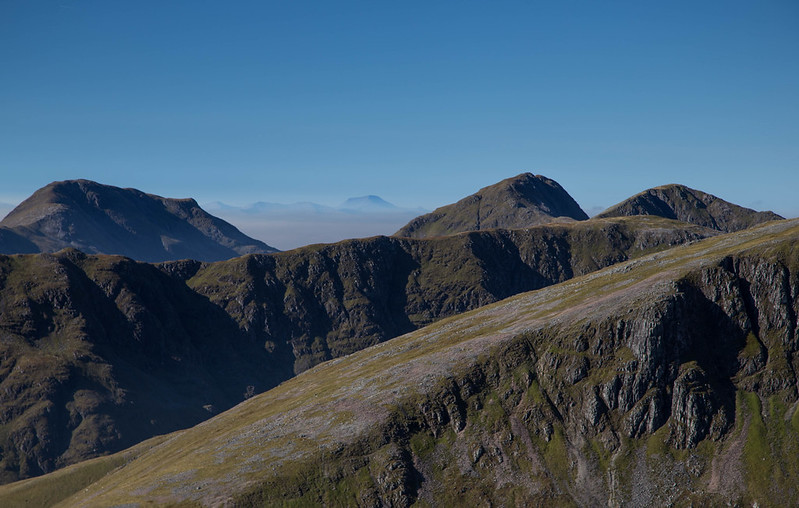 Back north to Stob Coire Raineach 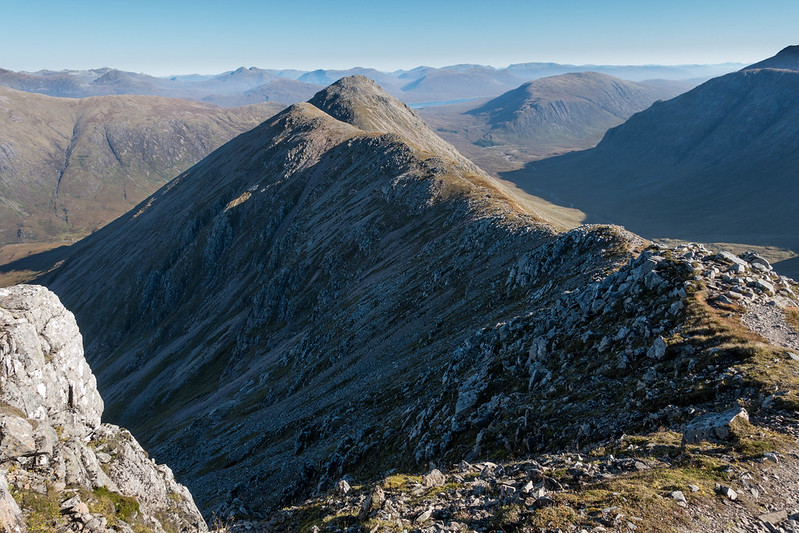 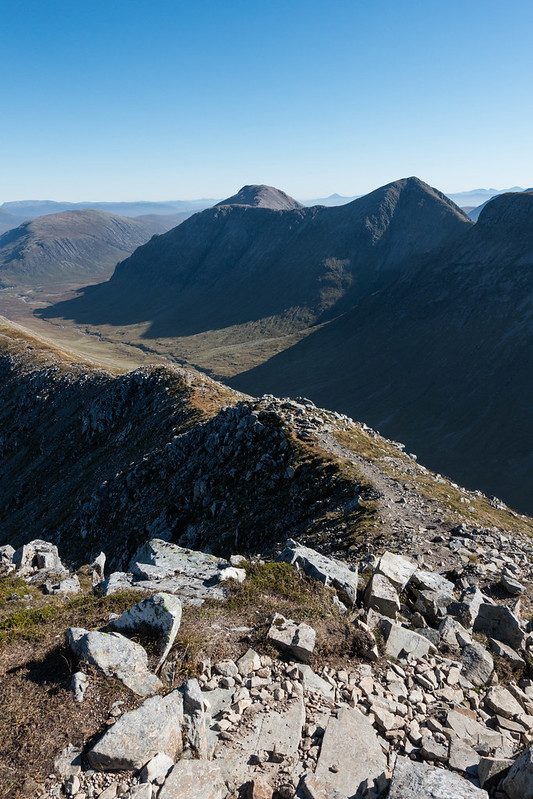 Turning round, it was a straightforward traipse back to the bealach and then on up onto Stob Coire Raineach. 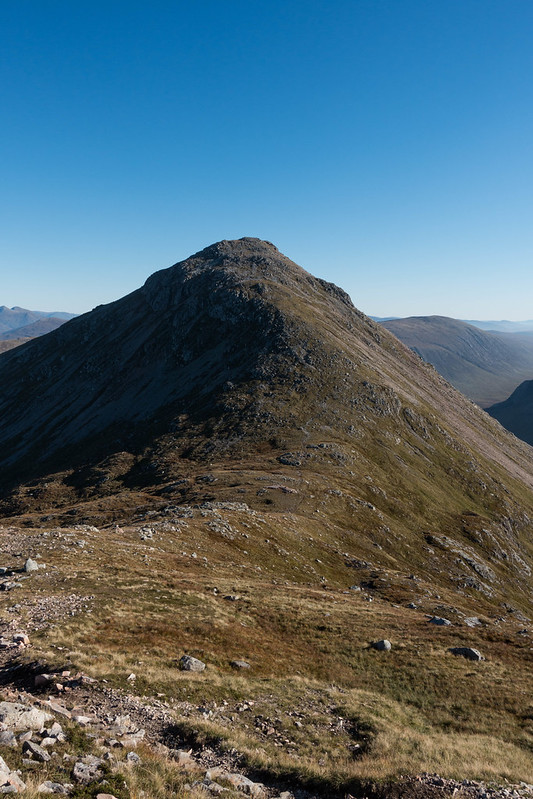 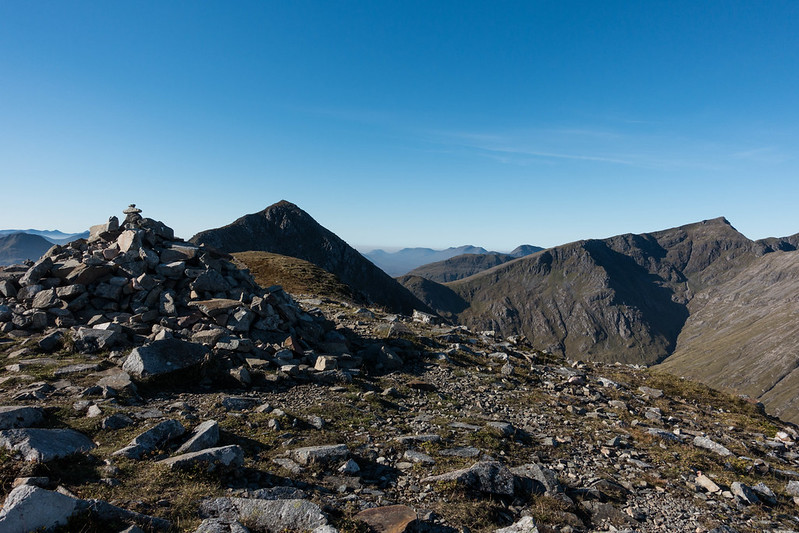 From this point I was surprised to see an inversion over Loch Leven, even in this week of inversions... 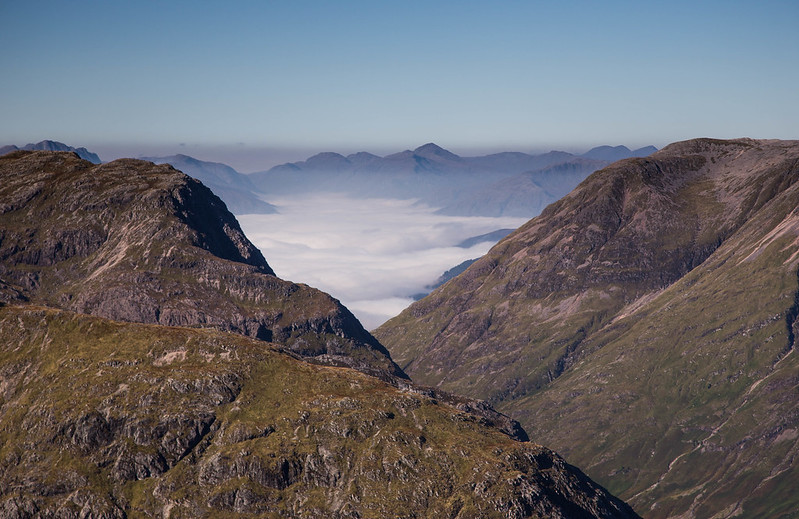 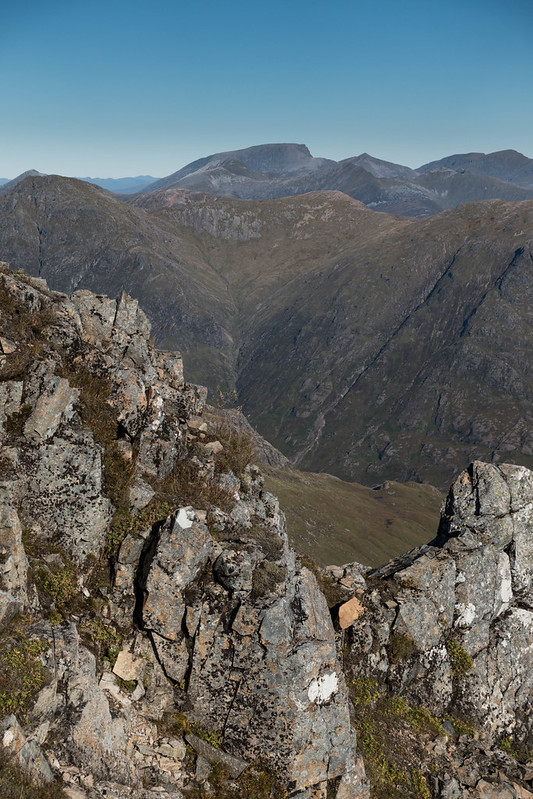 One point to note, the descent of the second summit seemed to have many variant choices, with some steepish scree paths over to the right; best to keep left back to the bealach, from where its a quick jaunt to the car park.

Great photo's, especially the Big Buchaille with the moon!

Looking forward to doing the wee Buchaille at some point, looks to be fairly straightforward with some amazing views down Glen Etive, cheers!

Wow ... what a cracking day you had. Blue Skies and inversions, you couldn't ask for better. Fabulous photographs too! Love the inversion over Loch Leven.

I agree about the paths heading right on the descent of Stob Coire Raineach. On the way down I was coming across well defined paths I hadn't noticed on the ascent, but they did seem to head for fairly steep ground. Like you, I kept left and retraced my steps back to the bealach.

It is a little beauty of a mountain, 2mY.

Another day with great views for you and more inversions!

I love the pictures.