I had two days off work so decided to go for a wild camp up near Bowfell.

I drove across Hardknott and Wrynose passes which were interesting driving but didn't meet many cars on the way over, so it was a decent run!

I parked up on the road near to the base of Pike of Blisco and set off; massive bag in tow... 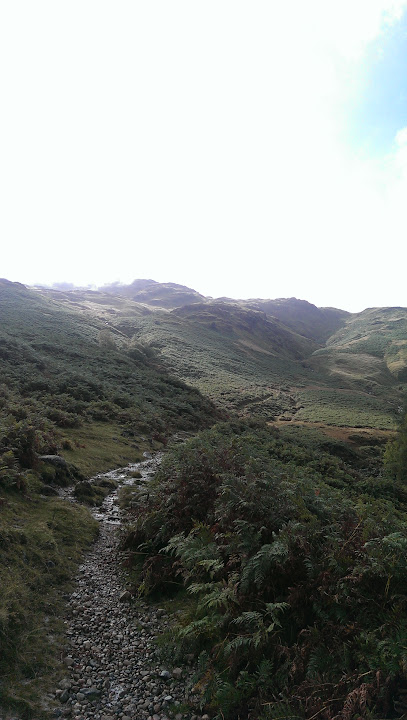 I climbed up the side of Pike Of Blisco, enjoying the small amounts of scrambling as I got nearer to the top. The weather was decent so I got some pretty outstanding views back down the valley toward the langdales! 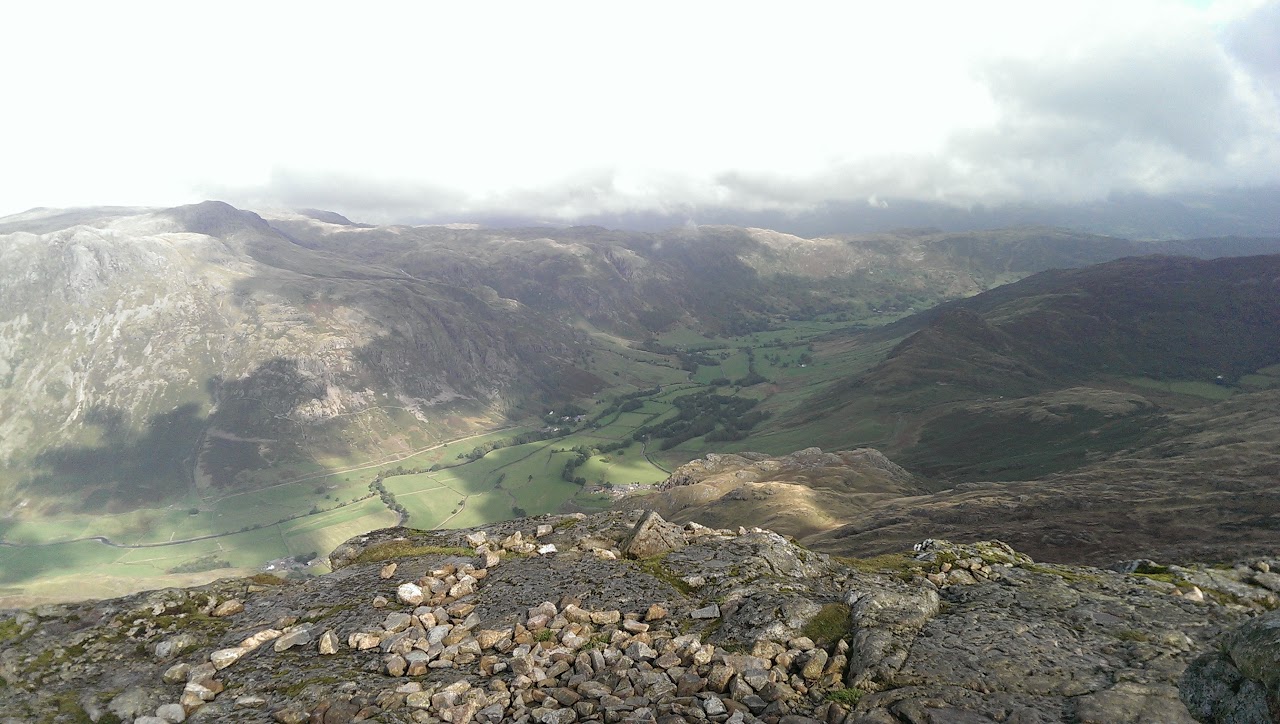 I climbed down to Red Tarn, and then decided to take a left and work my way up Cold Fell, not much of a path leading up Cold Fell so I tried to contour around and make it less painful for my legs! The top of Cold fell gave some good views of Crinkle Crags ahead, as well as Pike of Blisco. 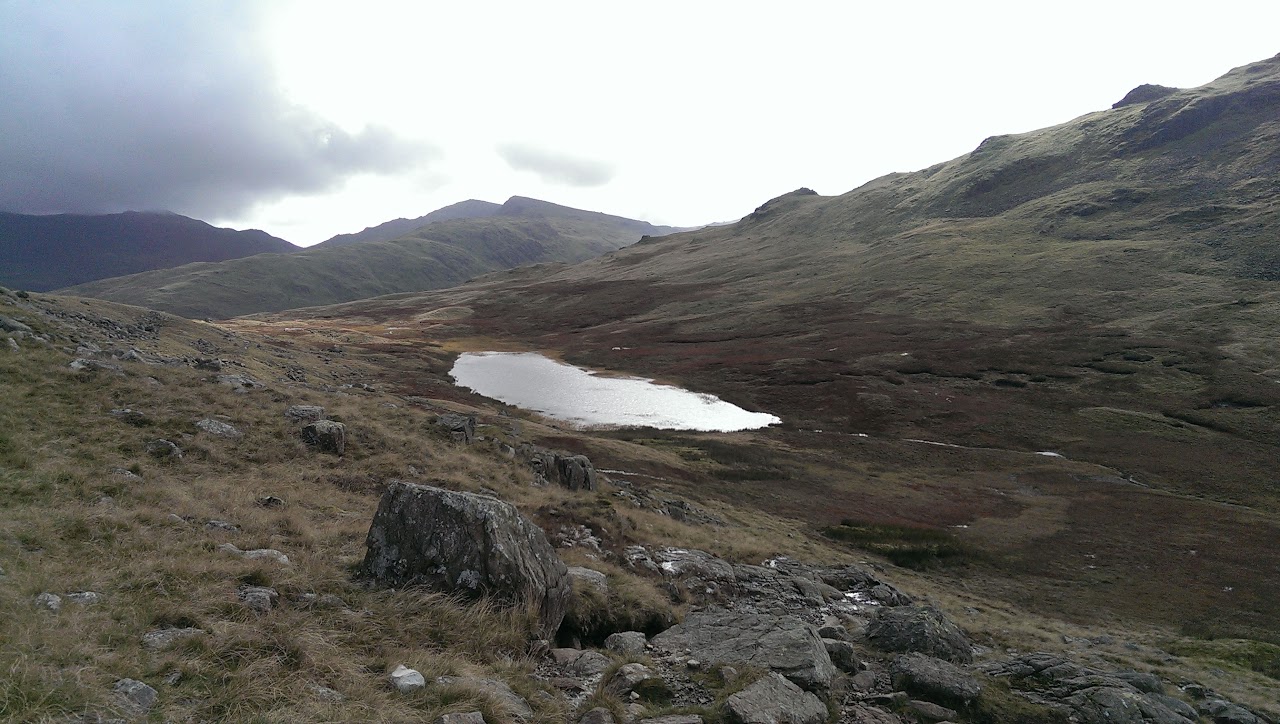 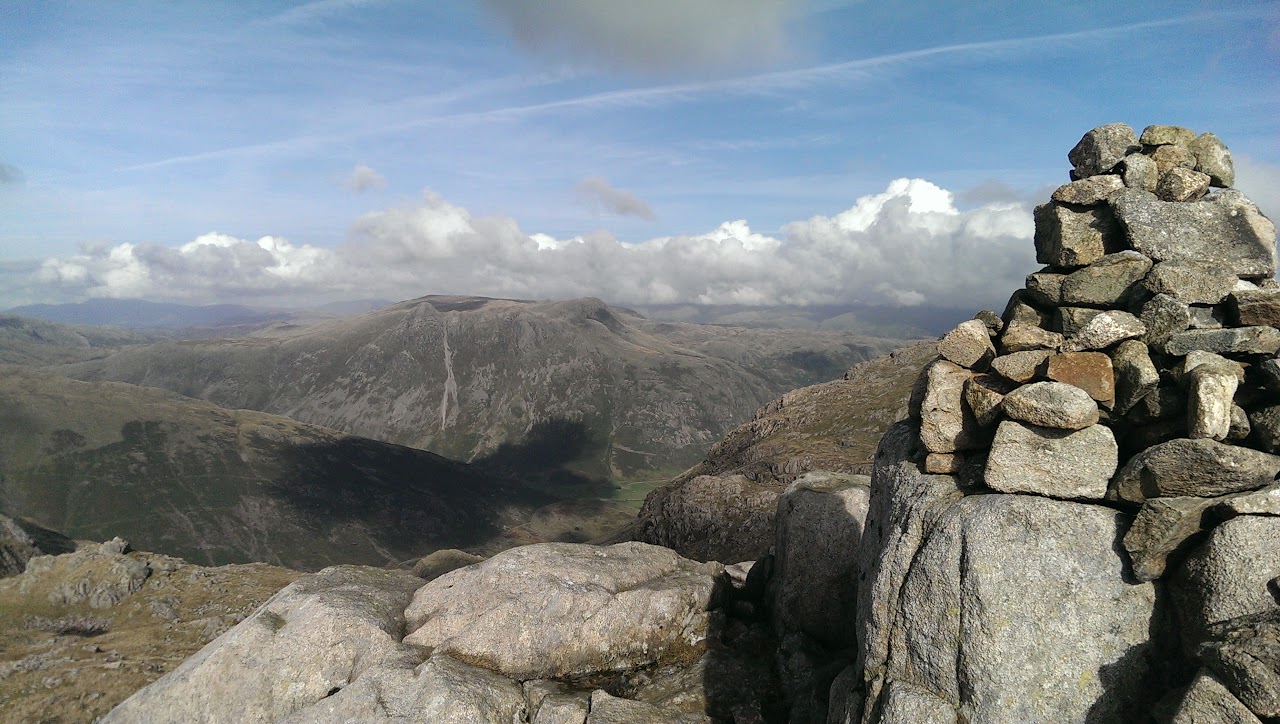 I then made my way down from Cold Pike and back to the path leading up to Crinkle Crags, I followed the route to the top and then weaved my way down to three tarns; enjoying the views as I went. 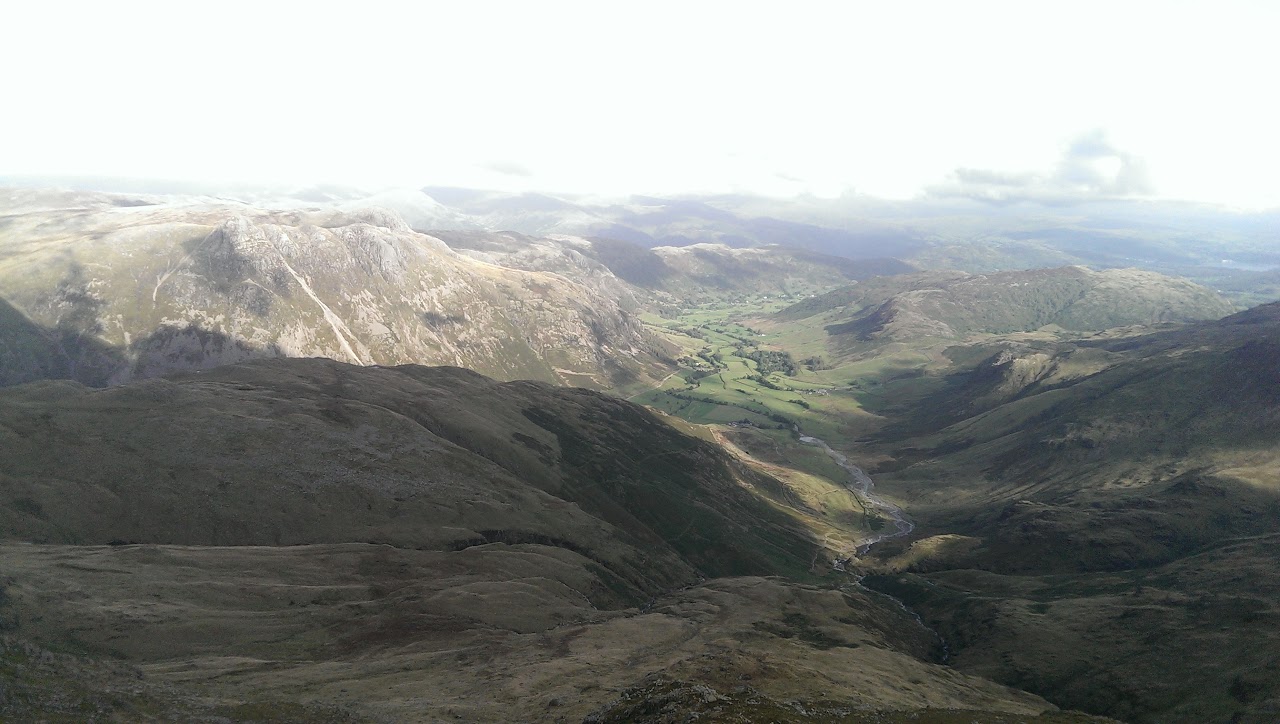 From here I had to force my legs to keep going, fatigue definitely setting in. Never the less I clambered up Bowfell, and then descended the other side, toward Esk Pike. I spent a good few moments deciding whether or not to punish my legs more and climb Esk Pike... before doing so. 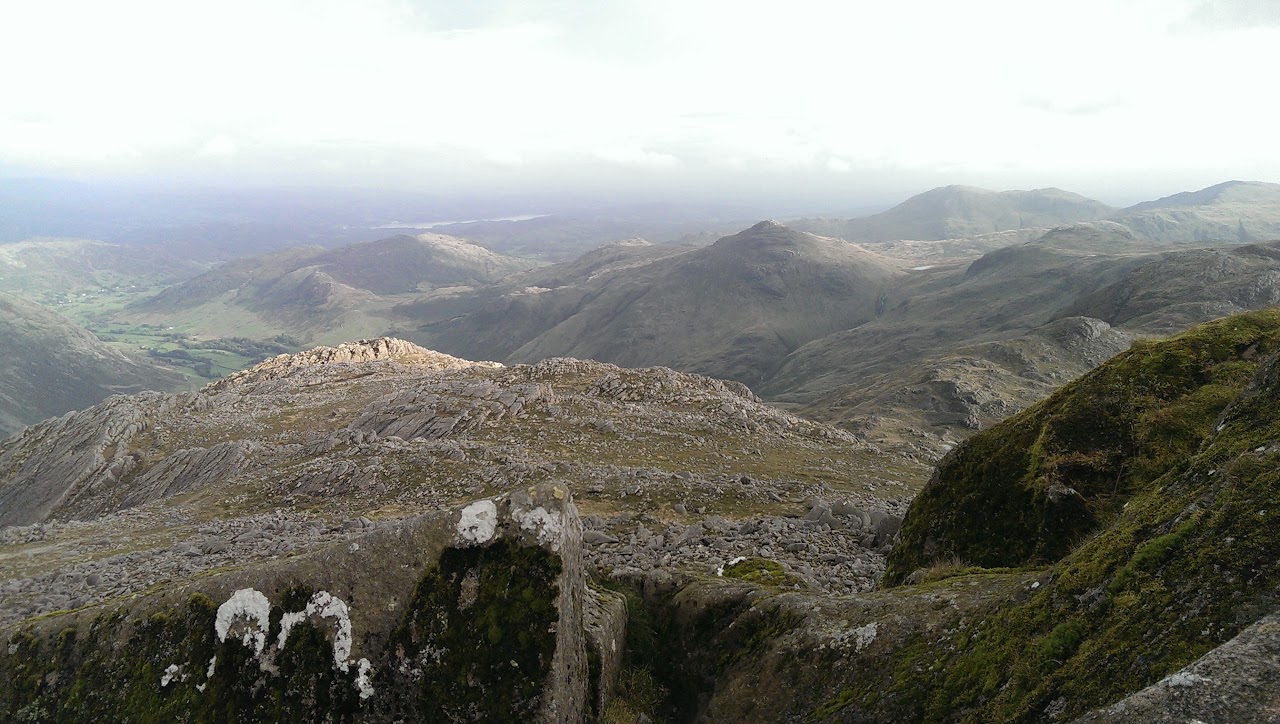 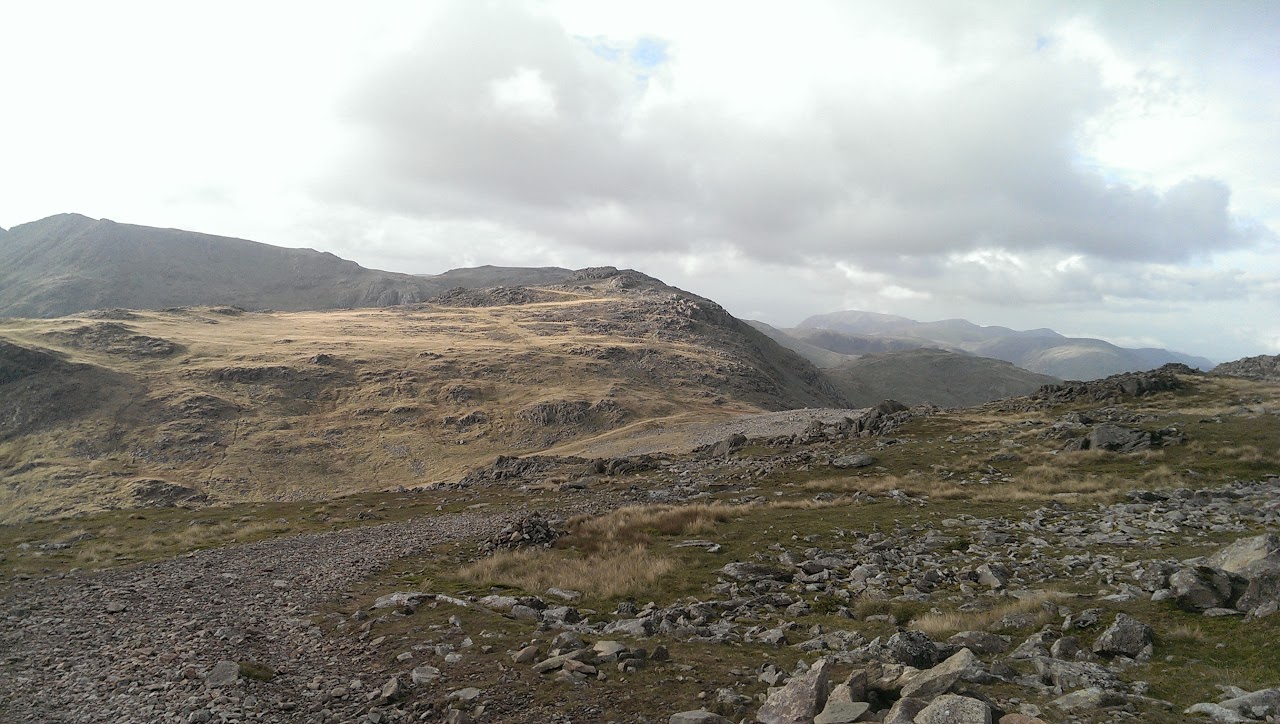 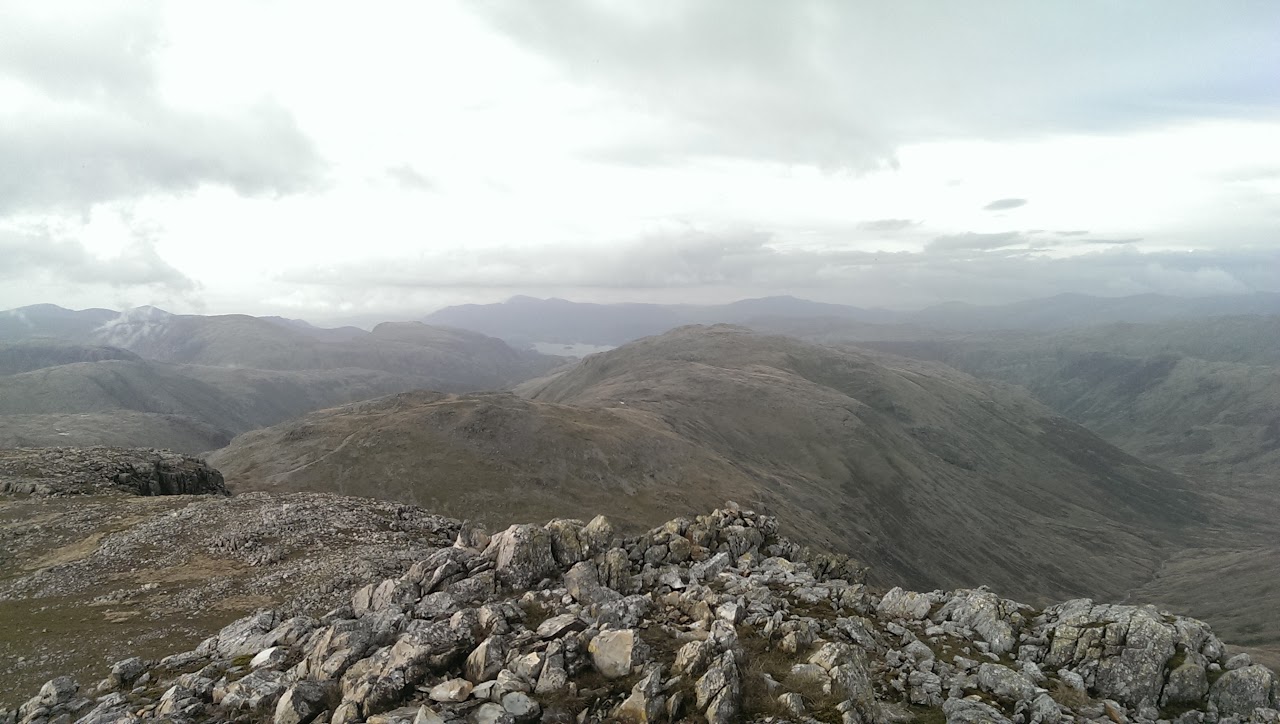 I then made my way back down Esk Pike the way I had climbed, and wandered down to Angle Tarn, where I was going to spend the night.

I walked around the shore of Angle Tarn before finding a decent spot to set up camp. Once the tent was up and kit was inside; and I was begining to feel more human again, I decided to go for a wander up Rossett Pike as I had a few hours of daylight to burn... and had forgotten my book (School boy error). 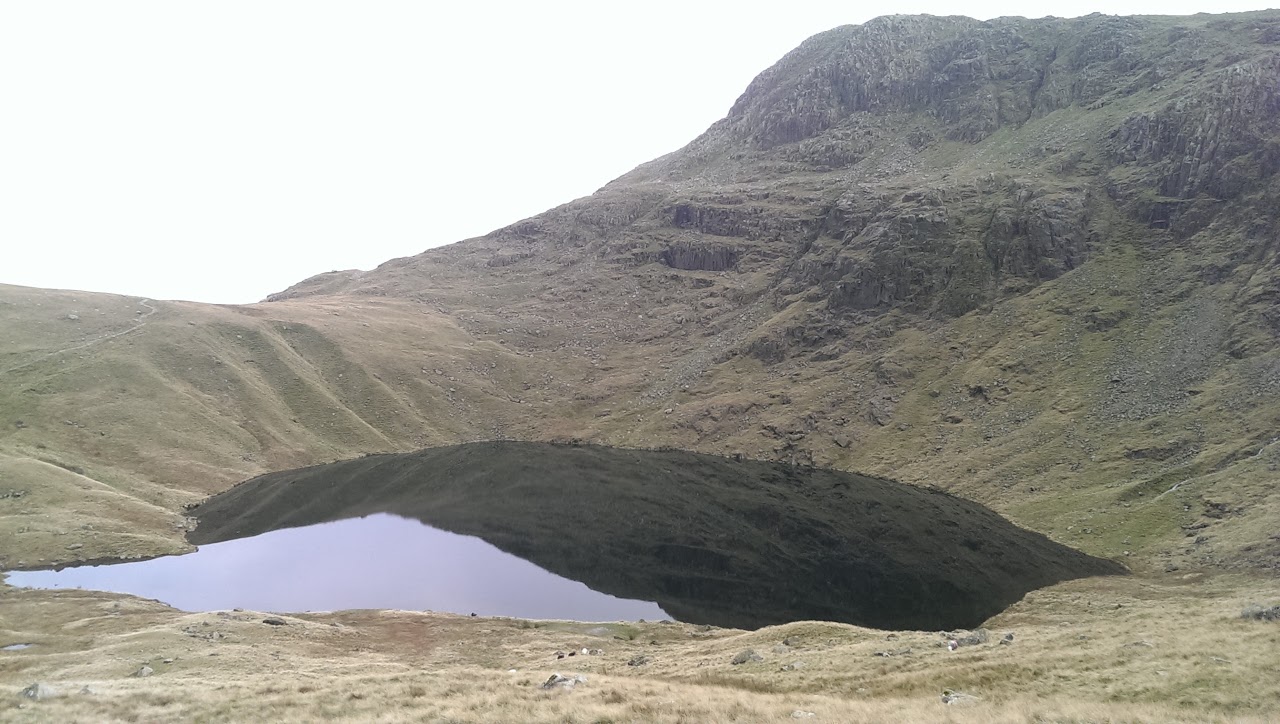 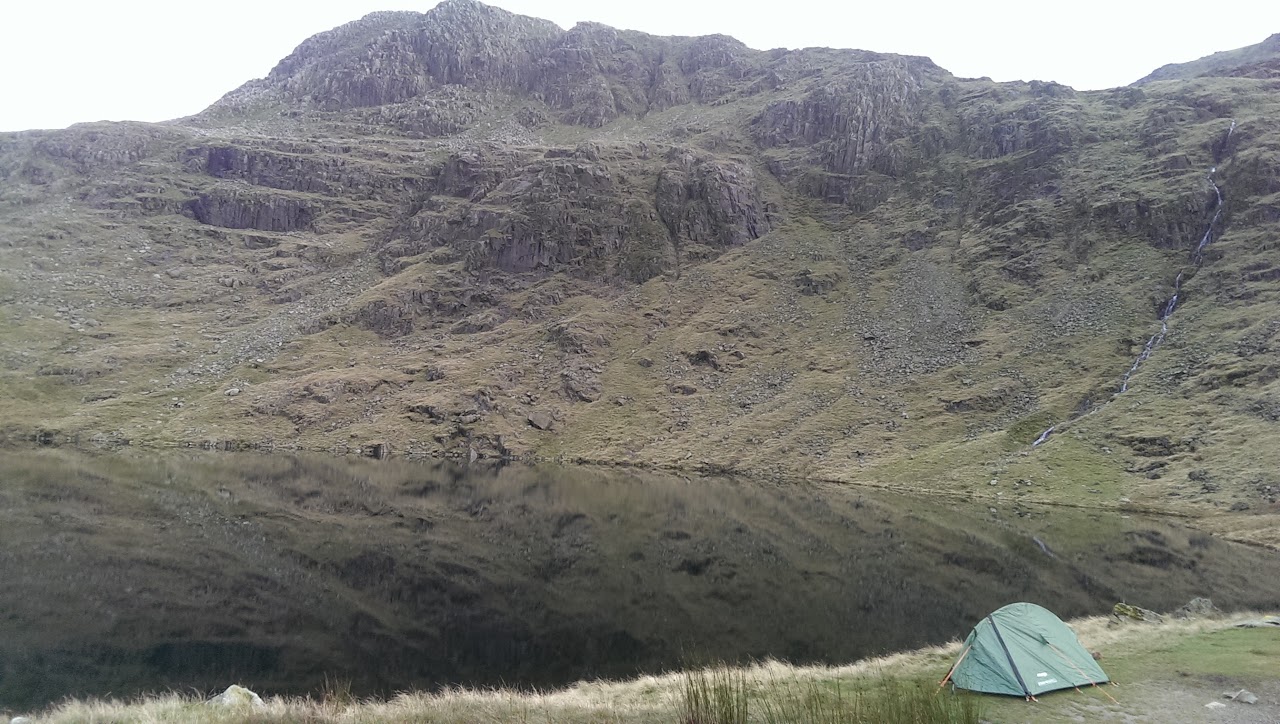 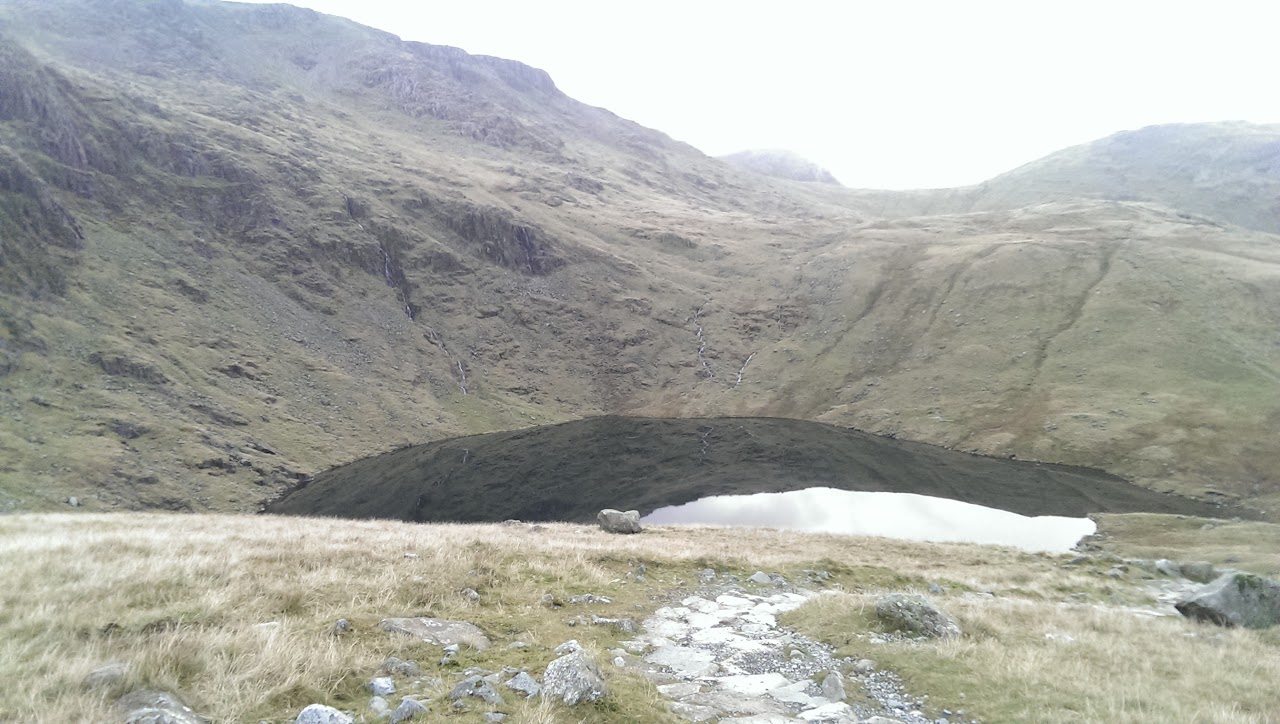 After reaching the top of Rossett Pike I called home to let the wife know I had arrived safely, then went back down to camp. I dipped my aching feet in the tarn, then cooked myself a nice meal before settling down in the tent and going over the map!

I got a decent nights sleep, the Tarn is quite sheltered so there was hardly and wind whatsoever; but true enough to form I once again woke up in the clag!

After packing the tent away I shouldered the bag again before descending into the Mickleden valley, and back to the car! 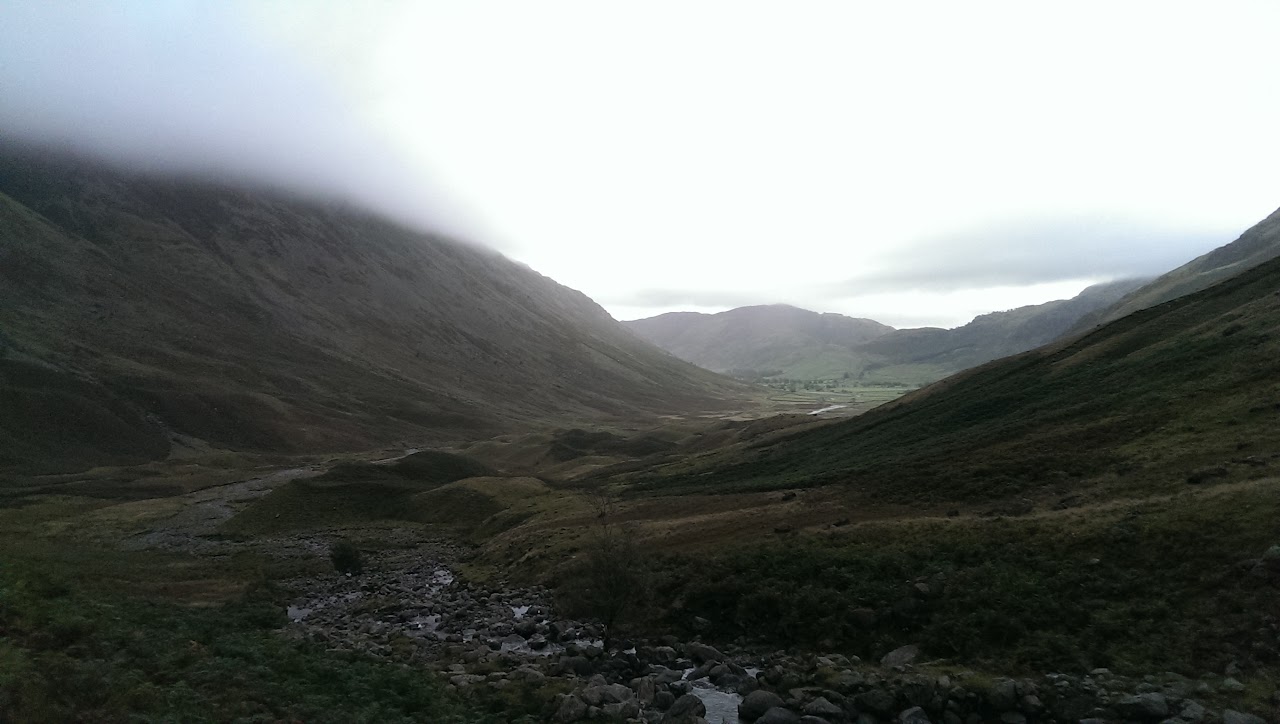 That's a great looking camping spot, bit of a bugger that you forgot your book but at least you had a map to 'read'

. Quite a start to a walk with Pike 'o Blisco and then Cold Pike before setting off to do the Crinkles so well done you

Nice looking trip. Angle Tarn is a great place to wild camp - especially when it's as mirror-calm as that. I chose to camp there when doing a variation on AW's Coast to Coast walk; I was very lucky to have perfect weather. Brings back some great memories.