a little bit of hope camping on Klibreck

a little bit of hope camping on Klibreck


I'd been looking at the map for a while trying to work out when I would do these hills, due to the long drive from Aberdeen. Then a plan dawned on on me. what about both of them on the same day? still leaves a lot of driving...

Eureka, finish work early on the Friday (thank you flexi time), head up the road camp up on Klibreck, then up to Hope, before heading home. A couple of texts and EJ and Jen were in as the forecast was looking good.

Finished work at 2 on the Friday, EJ picked me up in Echt at 3 and met Jen in Fochabers at 4. A quick chipper in Inverness and we were soon up to Lairg and on to the bottom on Klibreck. WE set off as quick as we could to avoid the midges and try and get as high as we could before it got dark. The goal was for the bealach below A'Chioch but in the end the combination of bog, tents and the light fading due to some ominous cloud we camped at about 710m just above where the path kicks north.

The climb up was OK, a bit of bog, some peat hags and menacing looking sheep. The views were great though as the light was reflecting off the bottom on the clouds and you could see across Sutherland to Ben Loyal and Hope. 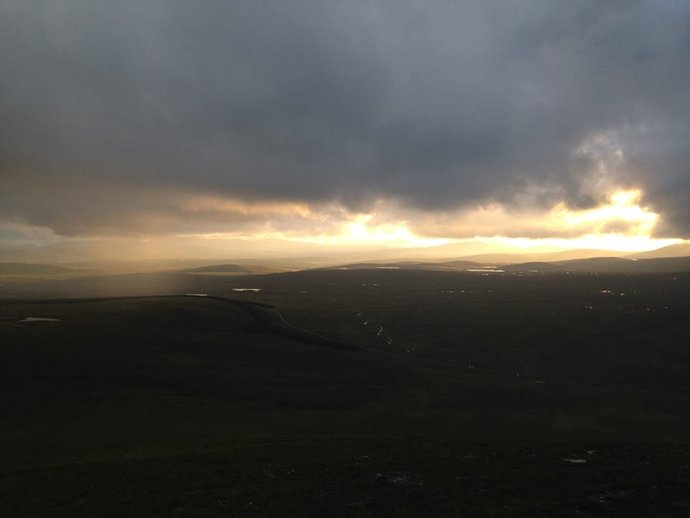 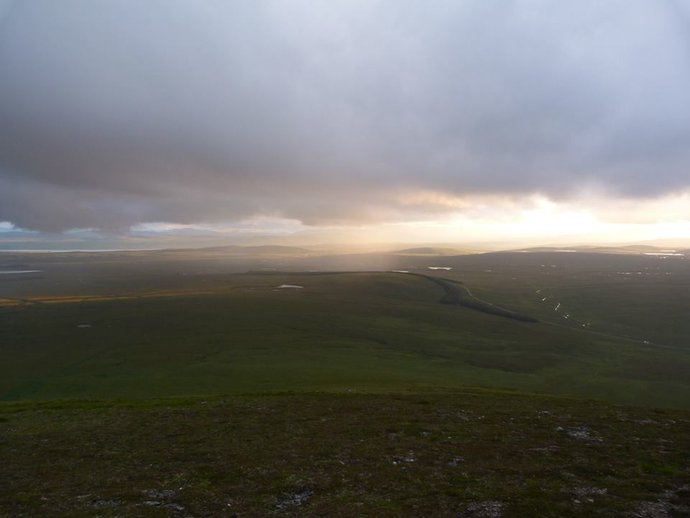 Once the tents were up we had a quick dram and retired as the forecast of some cloud" turned out to be rain. At 4 I poked my head out and couldn't even see the over tents. 45 minute later the cloud had thinned to we left the tents and headed off to the summit.

On the way the clouds broke and the pink sunrise shone across Sutherland filling us with optimism for the day ahead. This lasted for all of 30 minutes as we were beat to the summit by a slowly lowering cloud!!! Still you can;t beat a 6am summit! 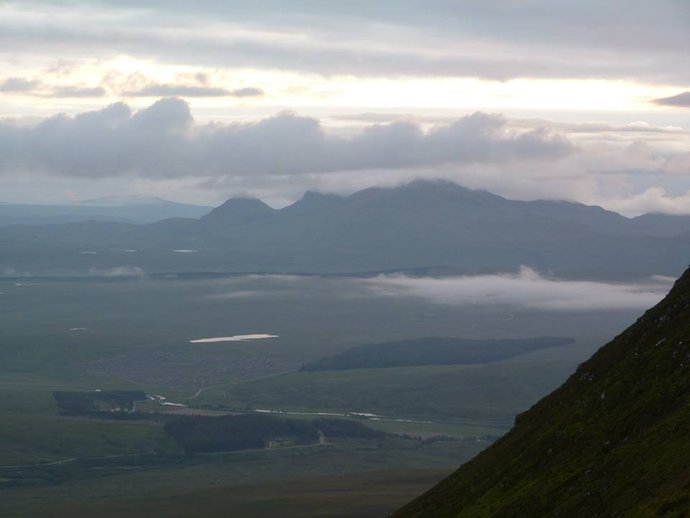 We headed back to the tents, had a quick breakfast before heading back down to the car. The cloud was only at 650m so we were still optimistic it would burn off.

Back at the car it was a very quick swap over of gear to day sacks as the midgies swarmed in. Straight back into the car and off to Altnaharra with the windows down to try and blow them out.

Stopped at the Altnaharra hotel for a coffee and bacon sandwich (thank you to the lovely owners) and we were off again.

The rode to Ben Hope said it was closed, but we had come this far so we ignored. Turns out the bridges either side of the car park at Muiseal were out. Instead we parked at Dun Domaigil and walked in 3k to the start. As we started to climb the cloud and rain came right down and it stayed like this to the summit. 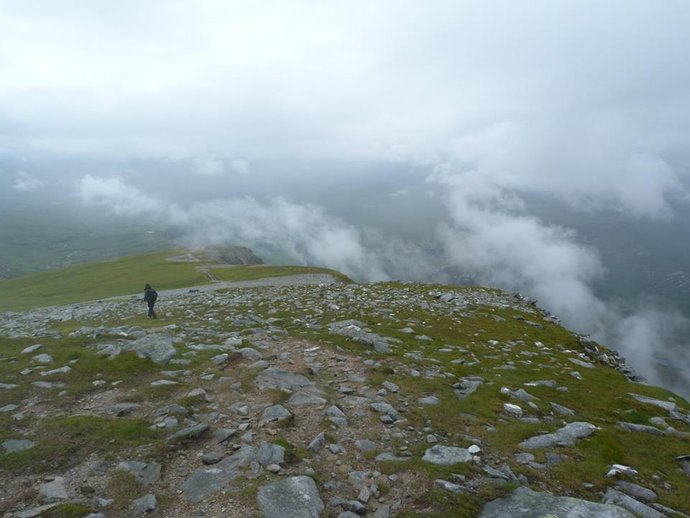 As we came down the cloud lifted a little until the last few hundred meters were in the sun.

Back to the car and the long drive to Aberdeen before drying out the hit. You win some you lose some, but great to be out in the tents.

Re: a little bit of hope camping on Klibreck

Some great atmospheric pics for the first hill.

Re: a little bit of hope camping on Klibreck