The main objective here was to bag the Hewitt summits of Llwytmor, Bera Mawr and Drosgl. I also got to revisit two 3000-foot summits which I'd done before.
I started off from the car park at Aber Falls (£2 to park all day) .Where the path up to the falls divides into two I took the higher route. The path goes through some woods and then onto a scree slope.Further on the hillside gets steeper and the path becomes a bit of a scramble.The worst bit is where a stream crosses the path and you have to scramble over some wet rocks. 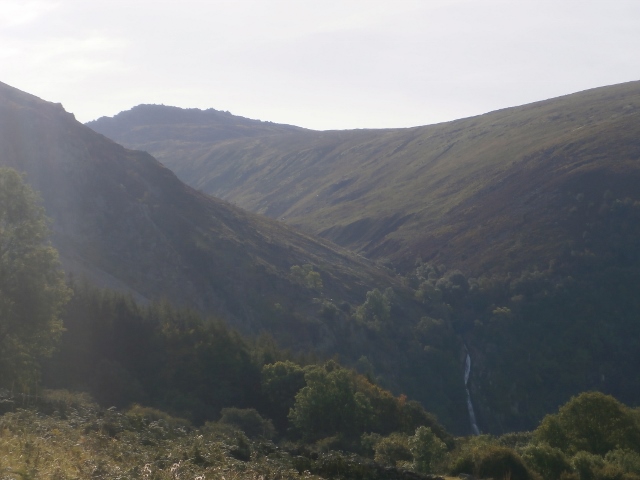 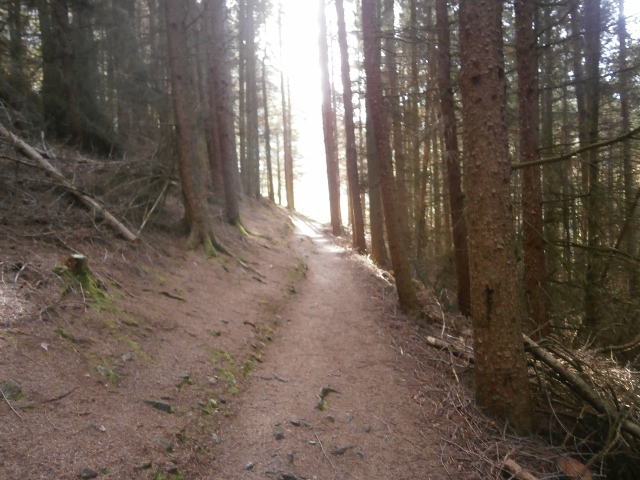 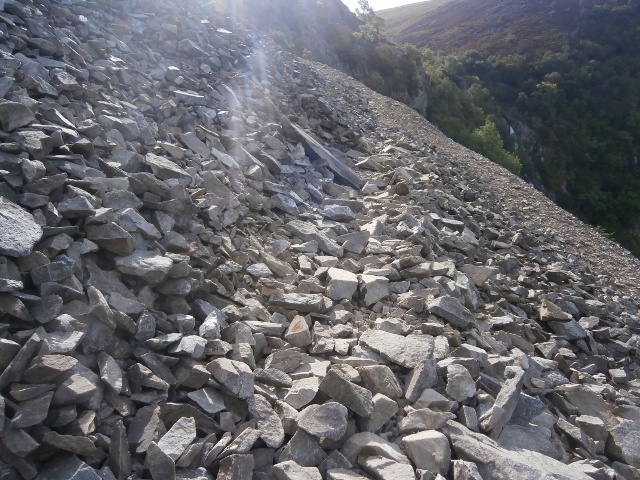 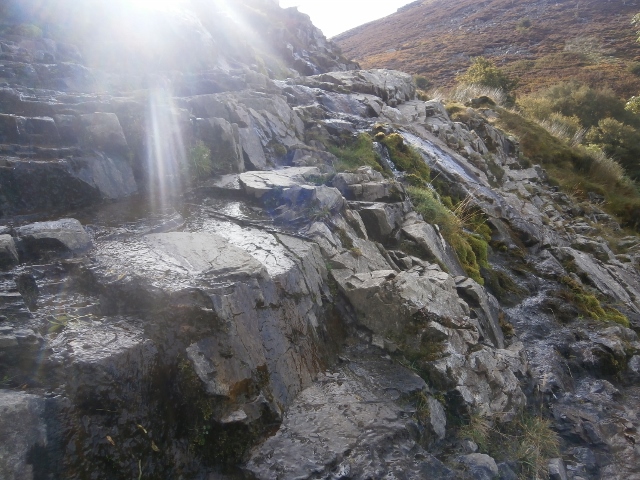 I tried this route last year and ended up turning back. This time there may have been less water around or I might have got better at scrambling, but anyway I managed to get across it. I then continued along the path to an old settlement with some sheepfolds, and then headed up the grassy hillside to the minor summit of Llwytmor Bach and on to the main summit of Llwytmor. 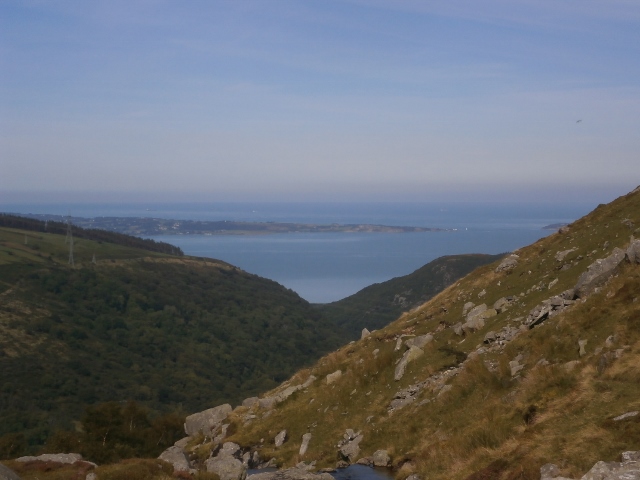 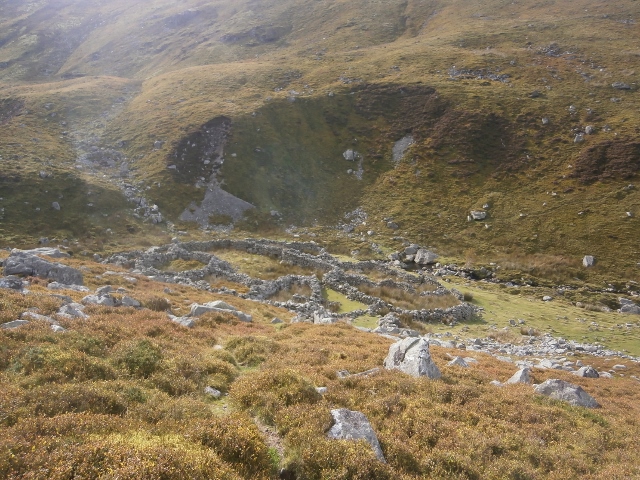 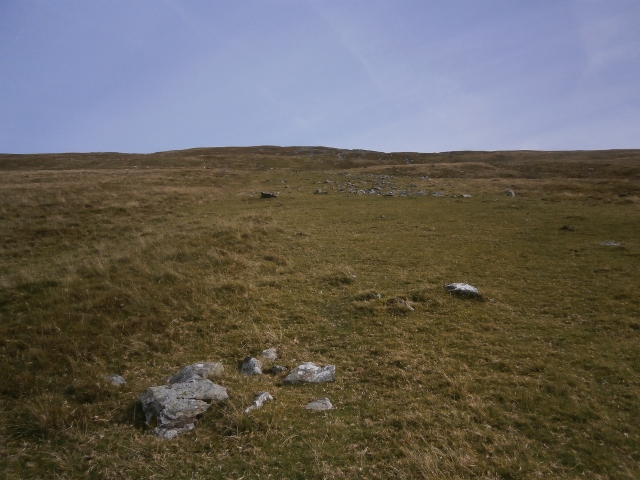 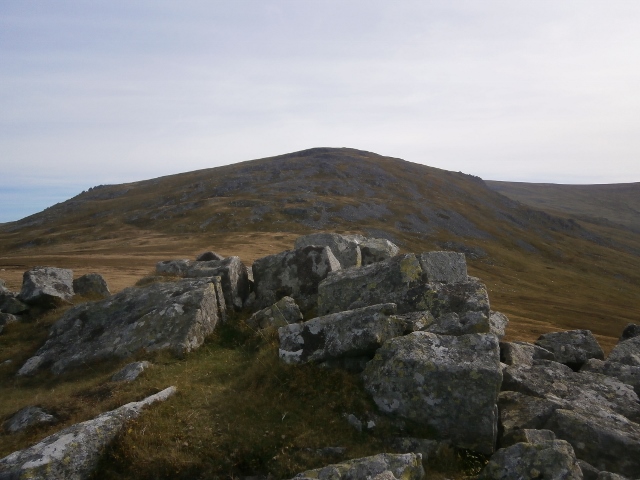 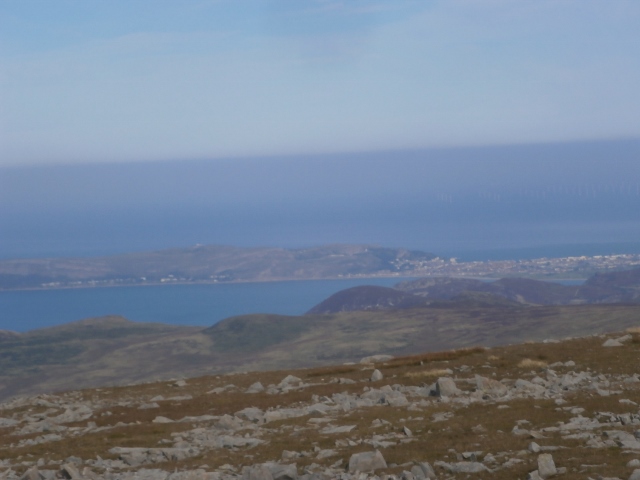 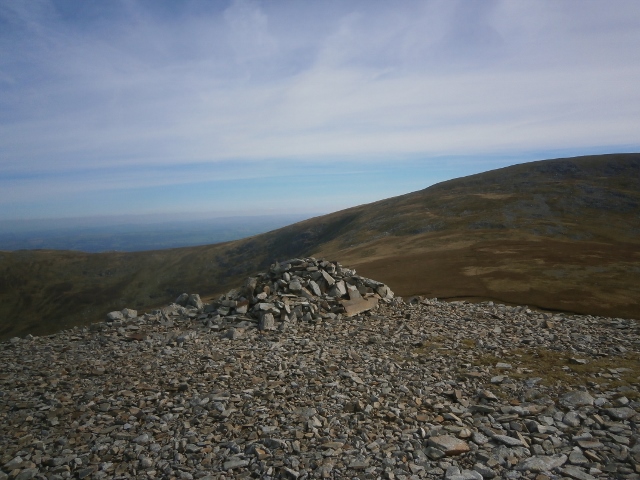 I then headed down to a slightly boggy bwlch and then up to Foel-fras, at 942m the highest point of today's walk.There's a trig point near the top but the actual summit is a pointy rock further along the ridge. 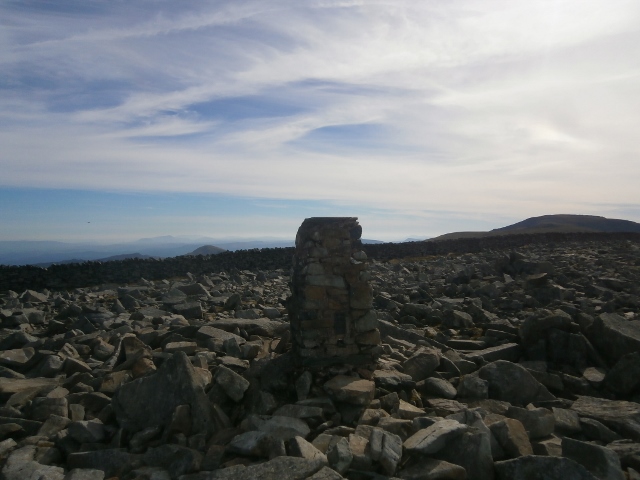 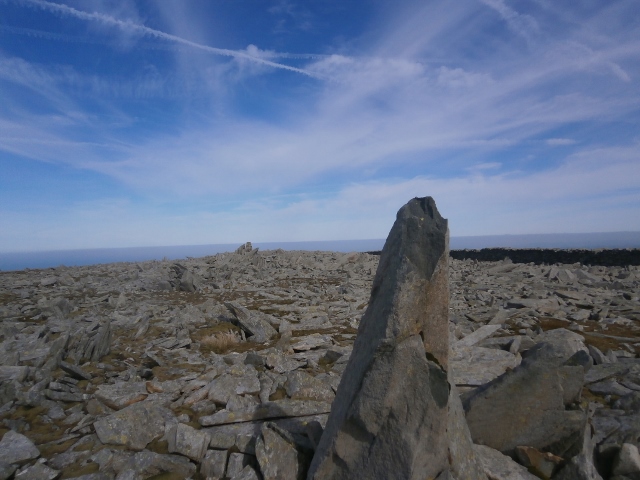 From here a broad path leads along the ridge to Carnedd Uchaf, also known as Carnedd Gwenllian. This has a rocky little summit area, but doesn't really feel like a separate hill.
If I'd had more time I would have liked to carry on along the ridge to Foel Grach, Carnedd LLewellyn and Yr Elen (Yr Elen is one I've still got to bag). Unfortunately I'd left it too late and wouldn't have got back before dark, so instead I headed down toiwards Bera Bach and Bera Mawr. 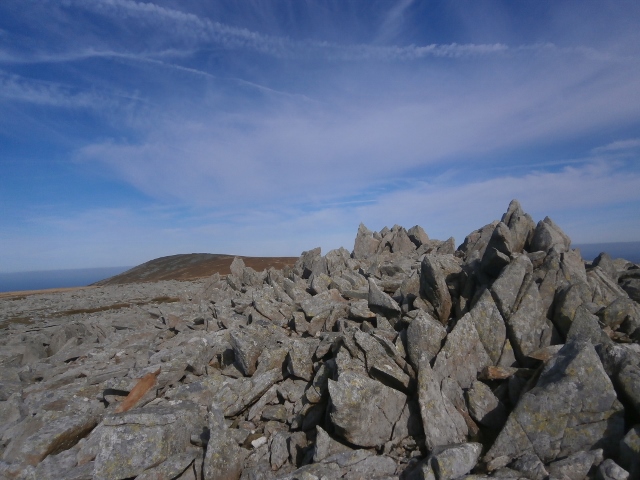 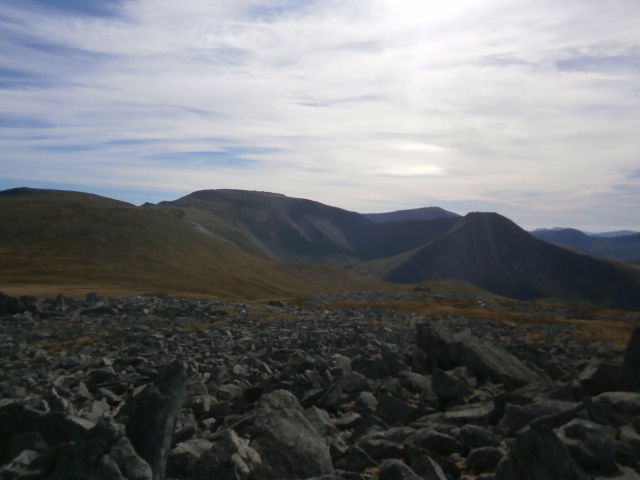 Bera Bach looks like something out of a Wild West movie. 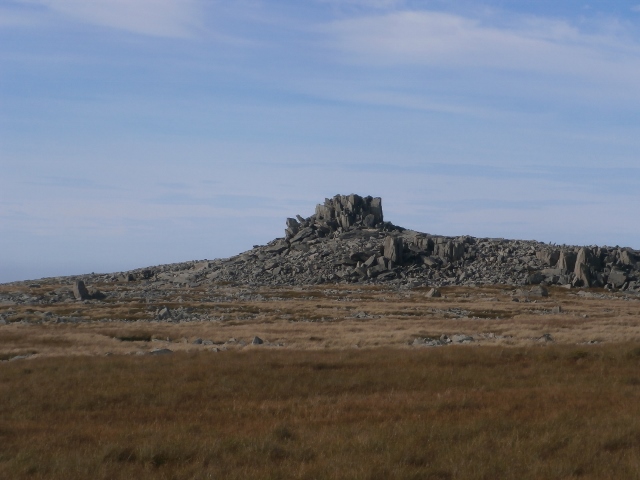 Bera Mawr is lower down but has more of a climb. Both the Beras needed some scrambling to get to the top. 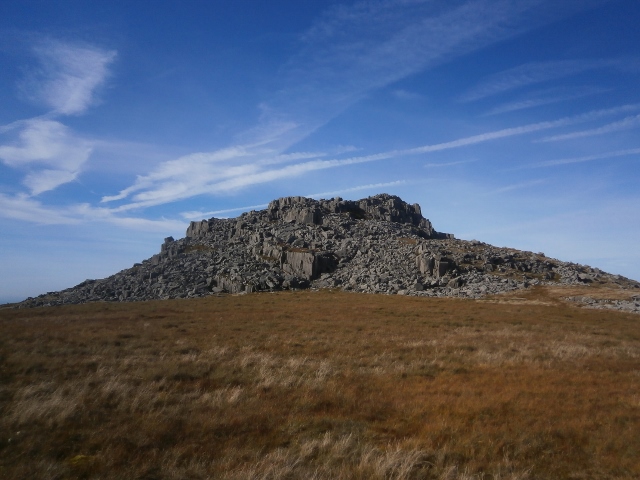 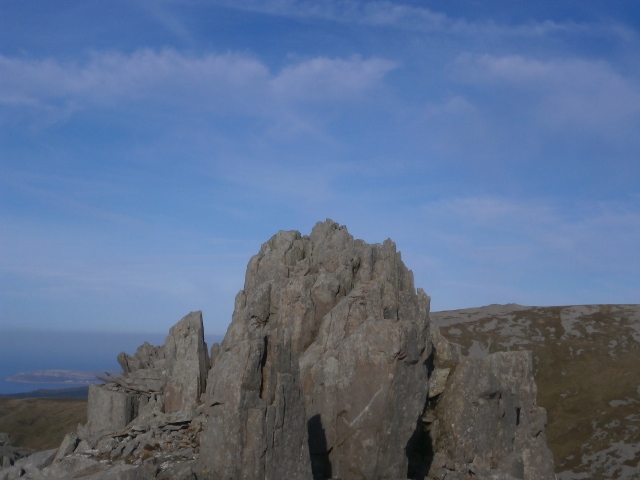 The next summit was the round lump of Drosgl. 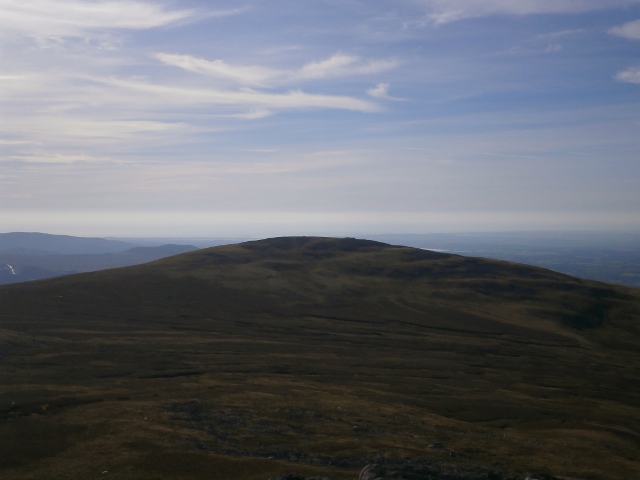 On the descent from Drosgl I had to use the compass to navigate, as there isn't a path for much of the way.I headed NNW aiming for the south-east side of the Afon Gam. Eventually I found a well-made path which crosses the Afon Gam. This path was at right angles to the way I wanted to go, but there's a narrow path leading off it which goes down through some ferns and then to a gate which leads onto the main North Wales Path.
I then had an easy walk past the waterfalls and back down to the car. 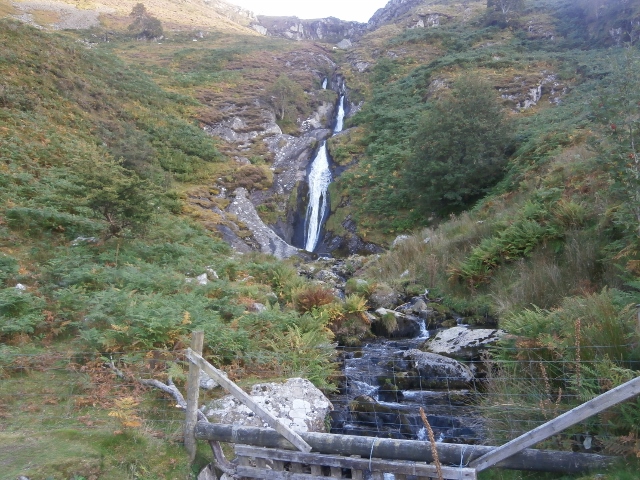 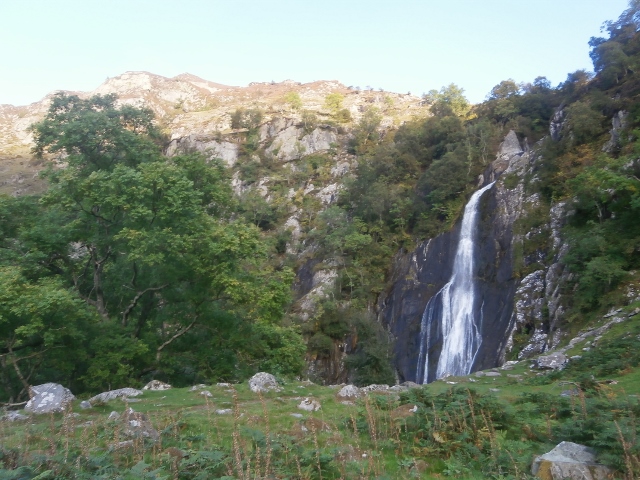 Re: Northern Carneddau from Aber Falls

There's a good amount of ascent on those three Andy, not sure I'd have been looking to tag another on it

anyway, you've now got a good excuse to go back to a lovely area and see it all again