A Sunday afternoon spare, but a grey one with low cloud, so we went for an exploration of Calderwood Estate - the gorge just to the east of... East Kilbride! Not somewhere you'd immediately think of for an escape to the country, but there you go.


calderglen.gpx Open full screen  NB: Walkhighlands is not responsible for the accuracy of gpx files in users posts

After parking the car we had a look around the little zoo at Calderglen Country Park. Edinburgh Zoo this is not, but for a charge of £1.30 (!) you can hardly go wrong. Well worth at least half an hour or so. Finally setting off towards the valley of the Rotten Calder (named after its colour, not its cleanliness), a short walk led us to the first of several named waterfalls: Torrance Linn. Although it was nice enough, luckily most of the other waterfalls were a little more significant than this... 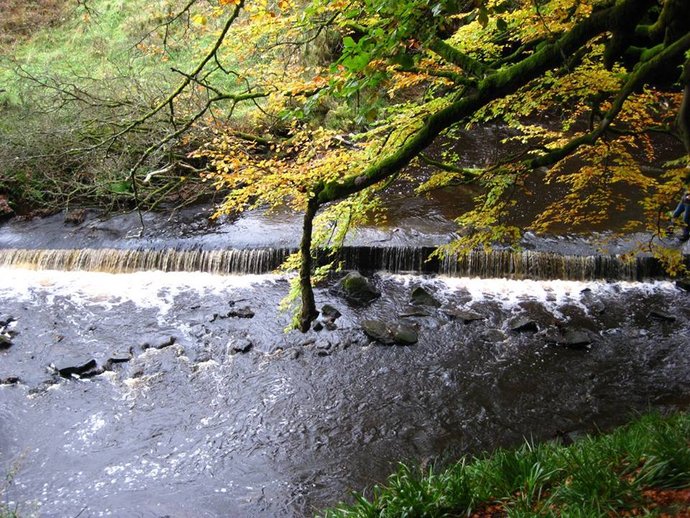 Immediately after this the path began one of its steep, undulating sections, soon dashing hopes of a flattish riverside walk. Nice autumn colours though. 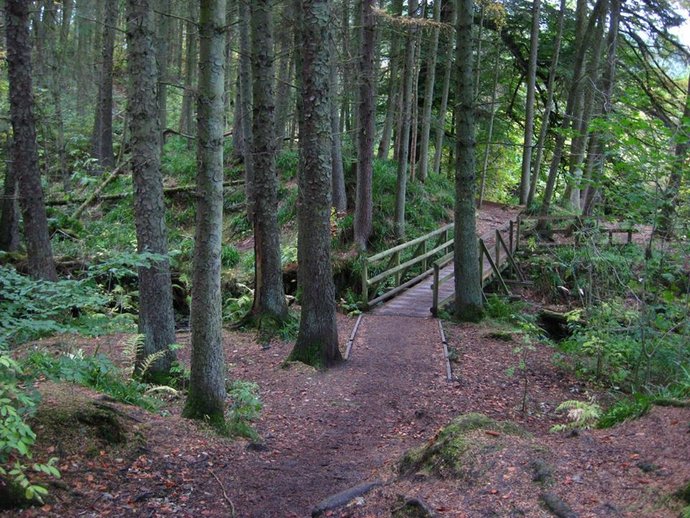 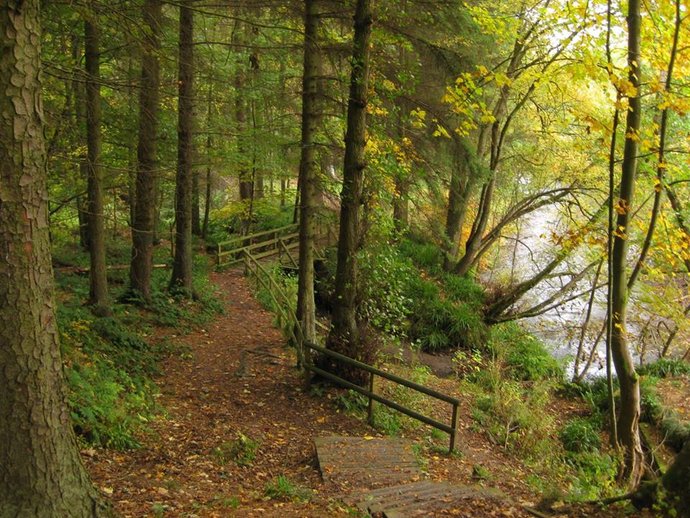 Passing over the Rotten Calder on Kingfisher Bridge: 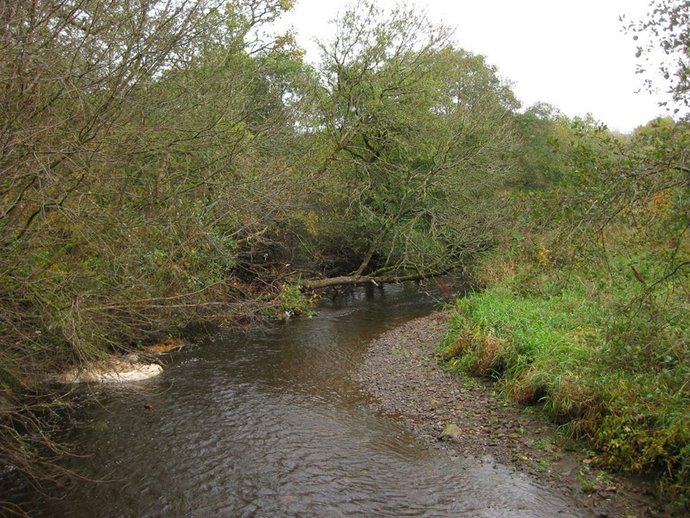 The path on the other bank soon led to Newhousemill Road, and its (very) narrow bridge back over the burn. Just as we approached, a police car crossed the bridge at speed, scraping its way past the bollards that block each end. Over the bridge, and back by the water's edge on a flat but slippery section. 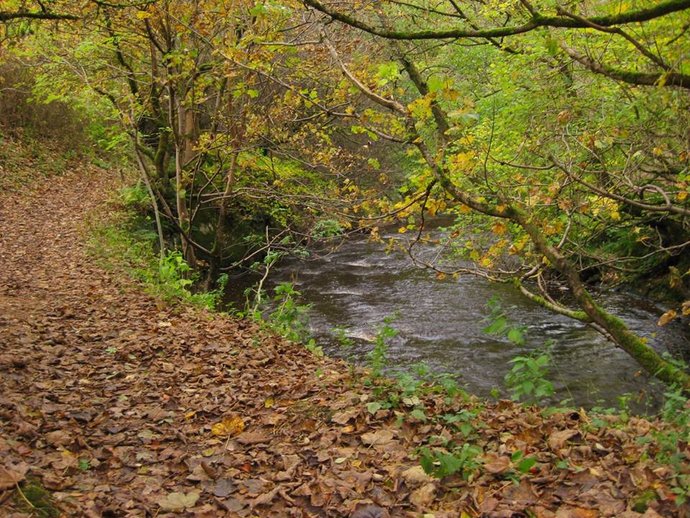 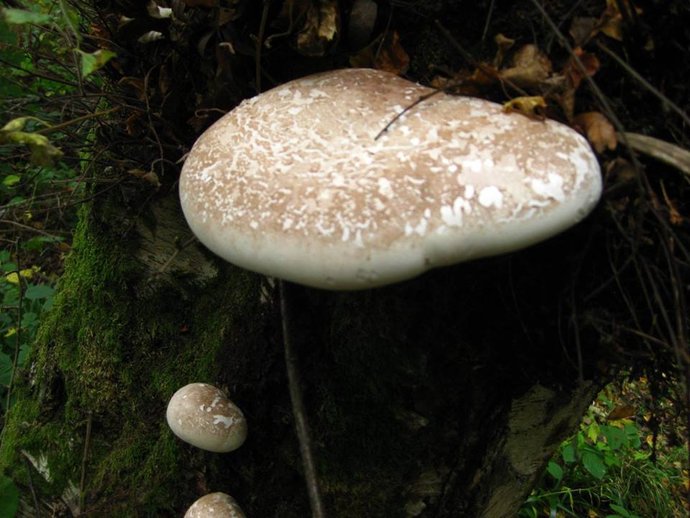 Onwards via several flights of stairs, passing along the backs of gardens, school and behind a large electricity pylon - soon Trough Linn and Black Linn were reached in close succession. These were quite impressive but the view is largely obscured by trees. 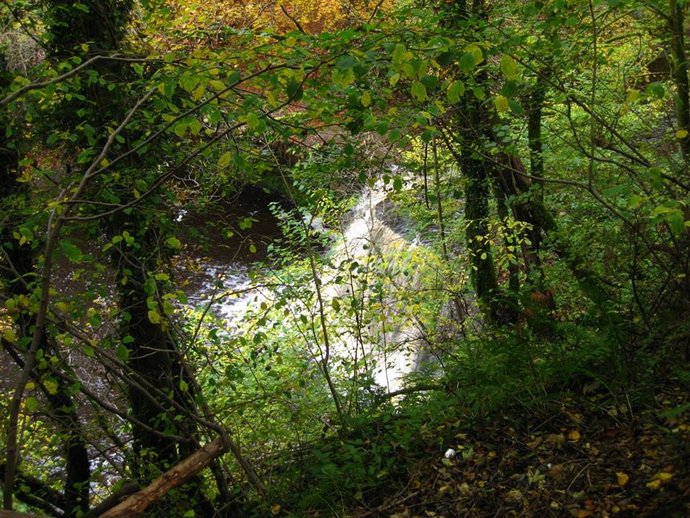 There are good views of some of the waterfalls - generally the least spectacular ones! 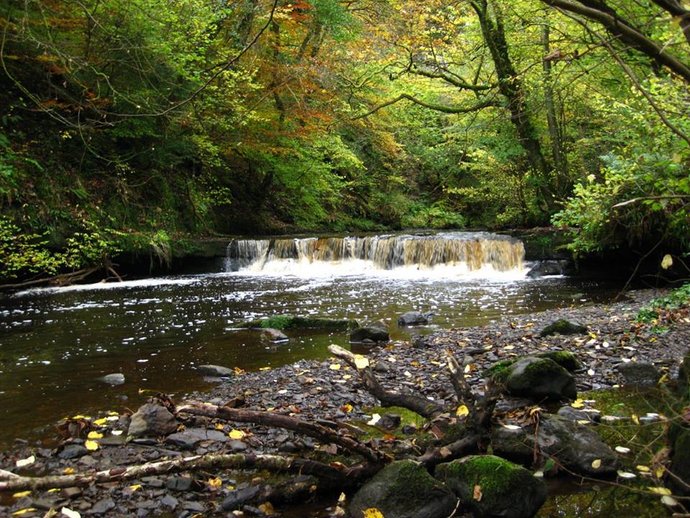 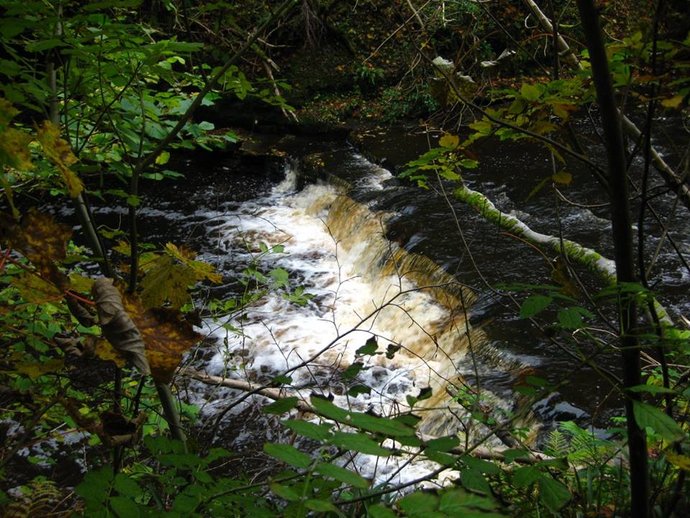 Castle Falls is a long while (and lots of blackberries) later, probably the tallest waterfall but again obscured by trees: 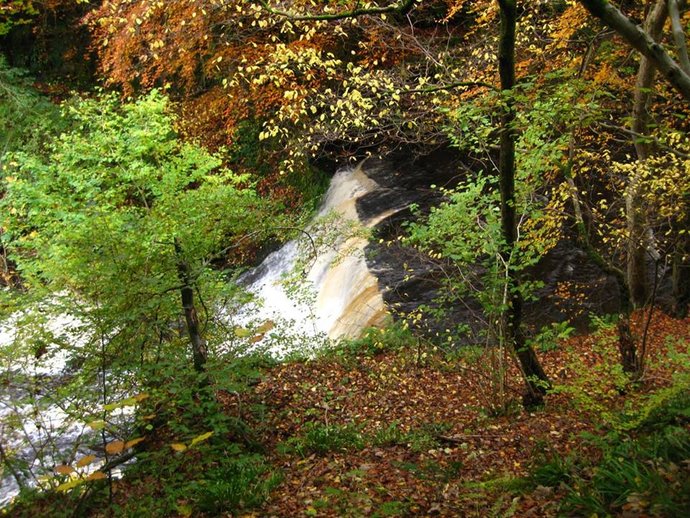 Just before the official trail ended, we saw the sign for the site of Calderwood Castle. Nettles and weeds everywhere, it's a forlorn sight now... 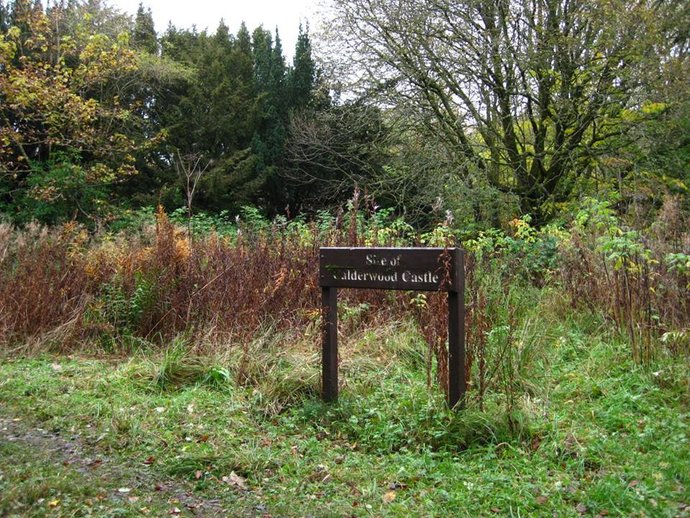 Evening gloom was fast descending so we had to rush a bit on the way back - without detouring to view the falls or take pictures, it was much quicker on the return. We varied the return (i.e. I incorrectly thought it might be a shortcut) by forking right at a yellow waymarker, which eventually led us to the access road for the country park.

This would be a better walk if an off-road circular route was feasible, but there doesn't seem to be one. It would be much better too if you could actually see the waterfalls properly! Both these disadvantages aside, it was still a nicely varied, quiet and surprisingly energetic walk - rarely does East Kilbride disturb the glen's seclusion. The zoo was a nice bonus too... 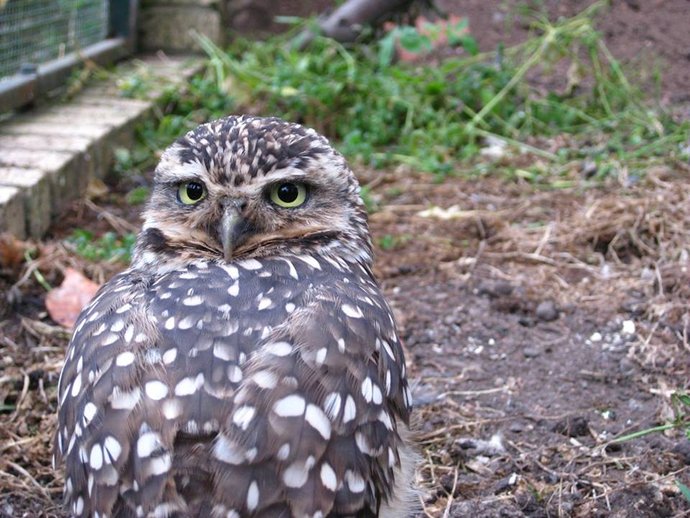