our_route.gpx Open full screen  NB: Walkhighlands is not responsible for the accuracy of gpx files in users posts
With my eldest starting her weekend job at 6.45am and the weather forecast looking promising, I saw an opportunity for an early, local walk that would still have me home in time for (second) breakfast. Left home 06:30, dropped the kid off and nipped into McD's drive-thru for a (first) breakfast wrap and orange juice.

The blinding sunrise to the East gave way to a thick and dark harr on the upper Forth and I almost turned around to head for the Pentlands instead but, by the other side of the Clacks Bridge, the sky ahead was bright enough to keep me heading North. Parked-up by the phone box, opposite the entrance to Glendevon church, walked back along the road to the old stone bridge (where a red squirrel ran across the track and up the tree before us), hung a left on the other side, though the gate and at the next gate went through to take the hill head on. Much of the heather and bracken through here has died back sufficiently to make a way through, hereafter joining the track further up the hill just before the marker post. Proved a good, if steep, move although the dog disappeared for 10 minutes chasing deer, grouse and pheasant so I hung around awhile, admiring the views while he tired himself out. 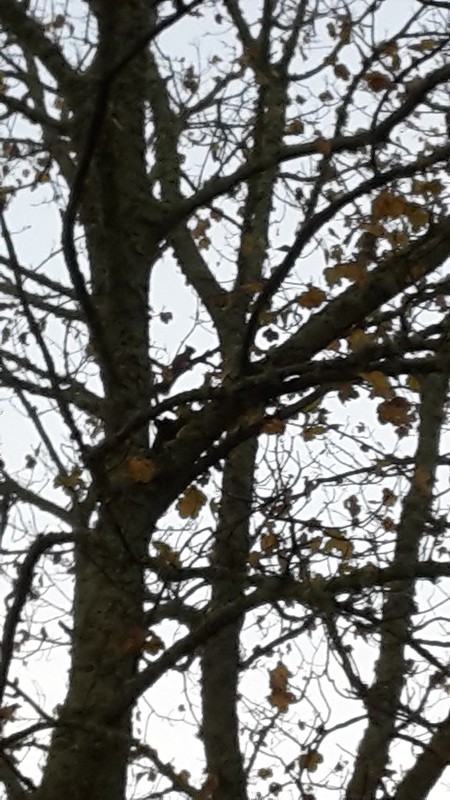 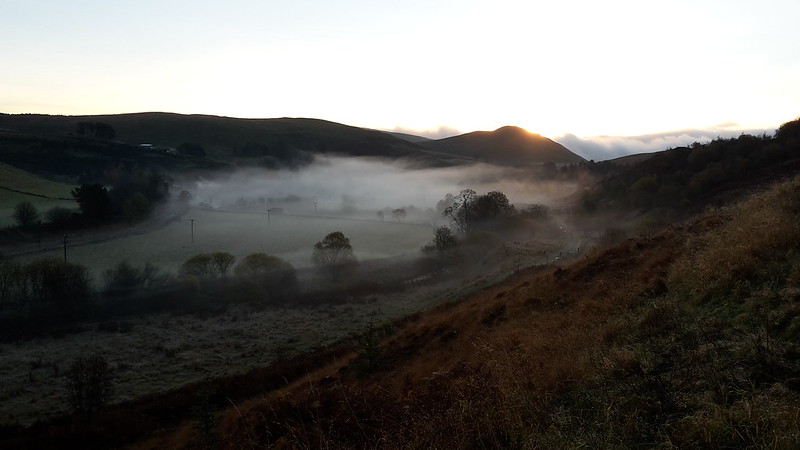 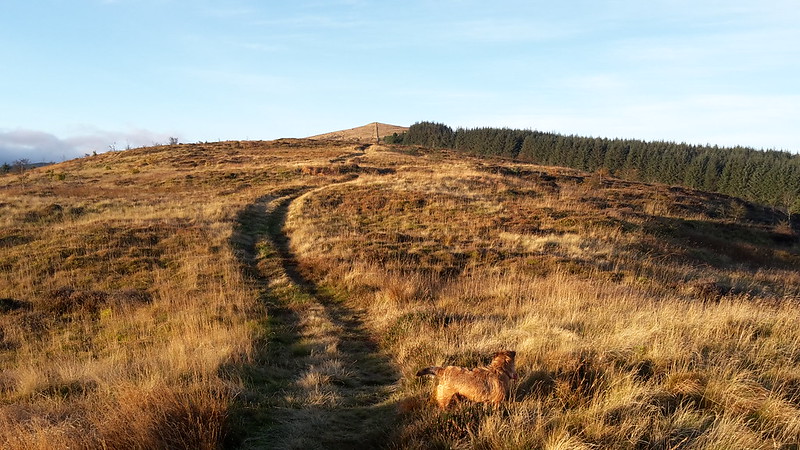 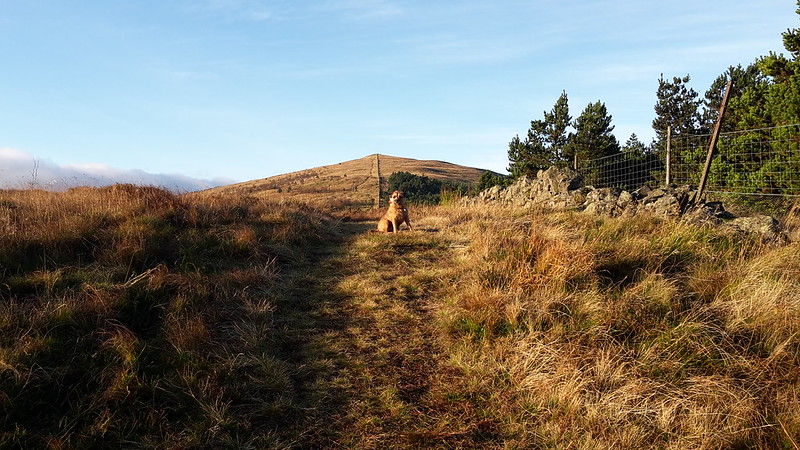 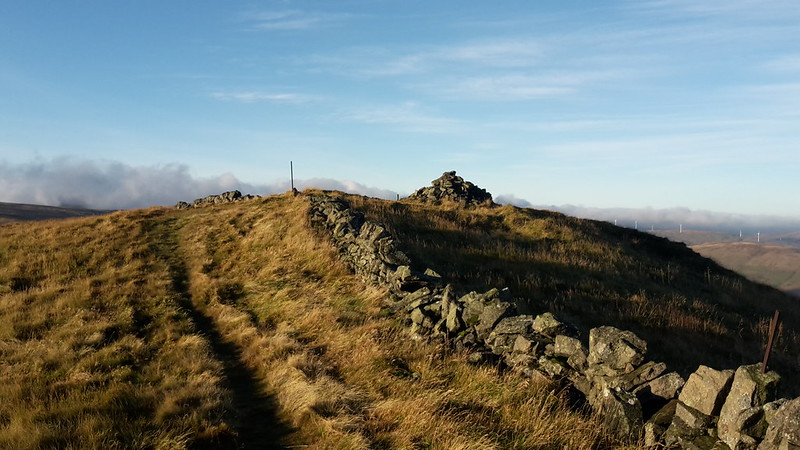 Chonzie peeping out of inversion to the North 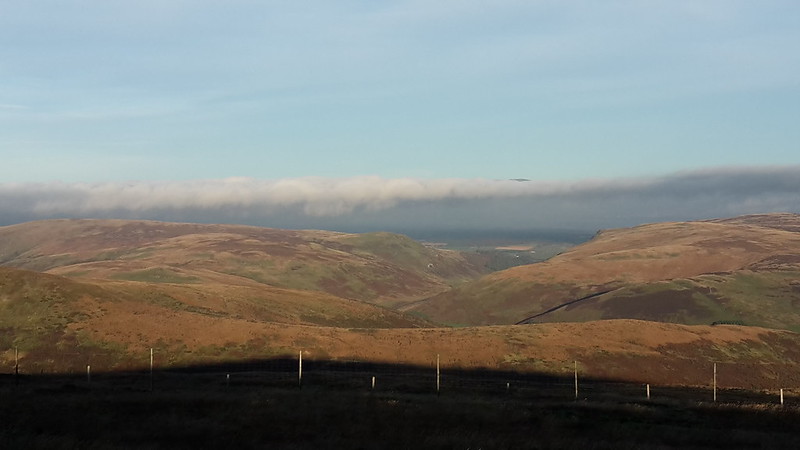 It was shaping up to be a beautiful morning and it felt good to be out in it. It was cool, not cold though and still fine enough for shorts and trainers. Once the dog was back to heel. The way ahead was clear and just acase of following the tree-line and dyke to the summit. Decent views were to be had of old angling haunts, Castehill and Glenquey, and of Lendrick Hill and Steel's Knowe, as well as into the Ochils. Continuing on, we ran much of the way, walking occasionally in-between, and were soon approaching the summit through the gap in the wall to the cairn. A stiff breeze ensured we didn't stay long, although the views were fine. A quick drink and some treats for the pooch and we started back, jogging all the way to the marker post until the dog got a whiff of pheasant and was off again. We stuck to the path this time and on reaching the old bridge, mucked around beneath it for a while so the dog could have a drink and I could take a few autumnal snaps. 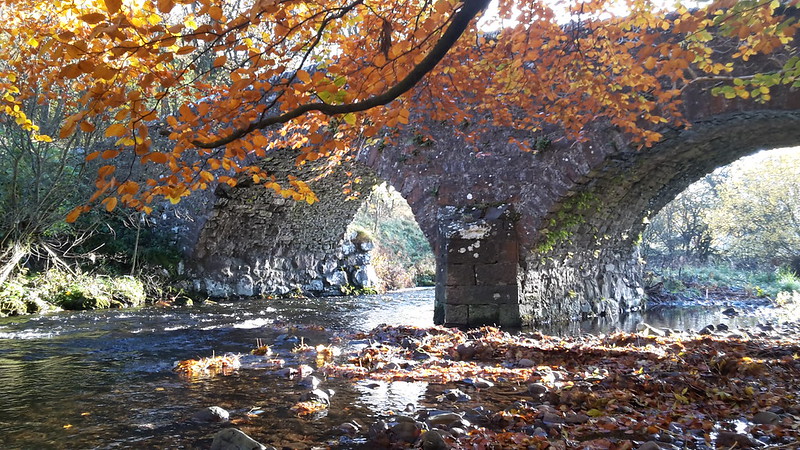 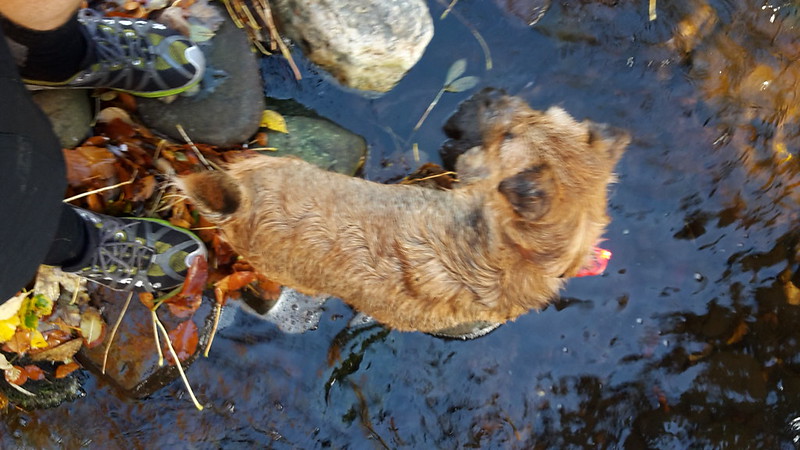 Back at the car in under ninety minutes and home in time for brunch with the rest of the family. On the drive back, I decided we'd aim to do this every weekend, there wasn't something more substantial on the menu, through the winter months so, we'll see how that pans out...