our_route.gpx Open full screen  NB: Walkhighlands is not responsible for the accuracy of gpx files in users posts
The latest instalment of an unwritten Winter agreement with myself to get on some of the smaller hills, closer to home, before breakfast at the weekend.

My better half, who has never shown any interest in accompanying me on a hill ... ever, decided this sounded like a good idea, despite an early start and a less than encouraging forecast. I was later to discover that breakfast at Mona's in Pool of Muckhart was what was really behind this sudden interest.

Neverthless, it was good to share the walk for a change and Ferris (Border Terrier) appreciated her being there too. Pulled in at the start of the forestry track on the Dunning road and the initial walking is easy enough, the track in good nick underfoot (except perhaps for the ridiculous amount of dog mess early on ... what is wrong with these people?!). Gradually gaining height all the way, always a good thing, there's a sharp left followed by a long straight, then a right-left chicane and you soon reach a small cairn and marker post to signify the fire break up to the right for the route on to the hill. We'd had a wet couple of days prior to this and the slippery sections through this fire break, alluded to in other WH walk reports, were no better (I'd opted not to bring poles as I don't like using them but they would undoubtedly have helped here and should have made the effort to get them from the loft before setting off today, especially for the missus!). Not wishing to dampen her enthusiasm, we operated as a team to get through this obstacle and with a bit more effort than you would have expected, we exited at the top of the fire break without any major slips, although I was already imagining all sorts for the return! 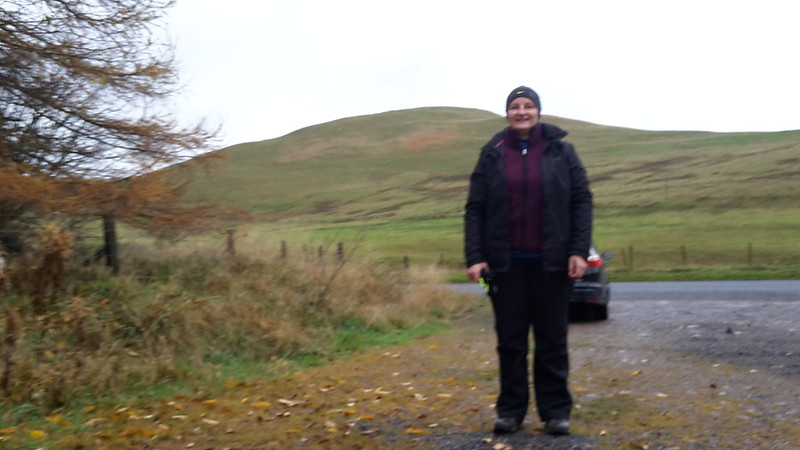 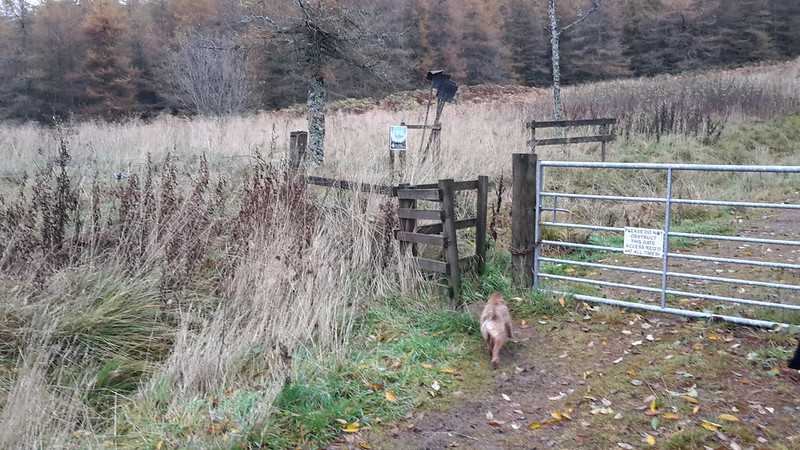 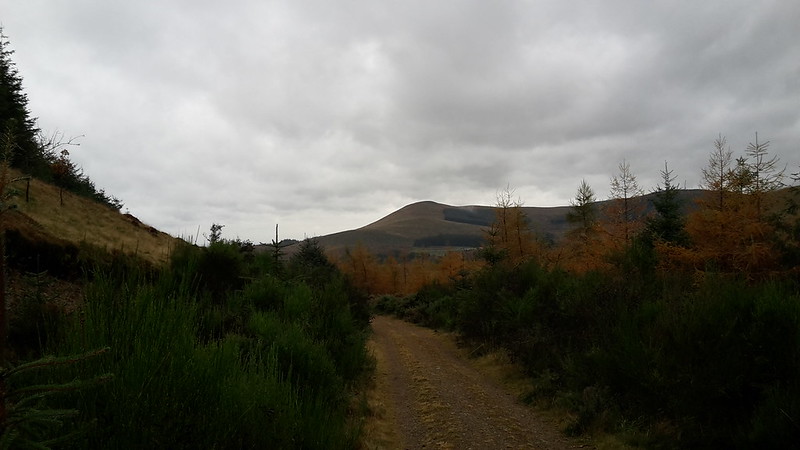 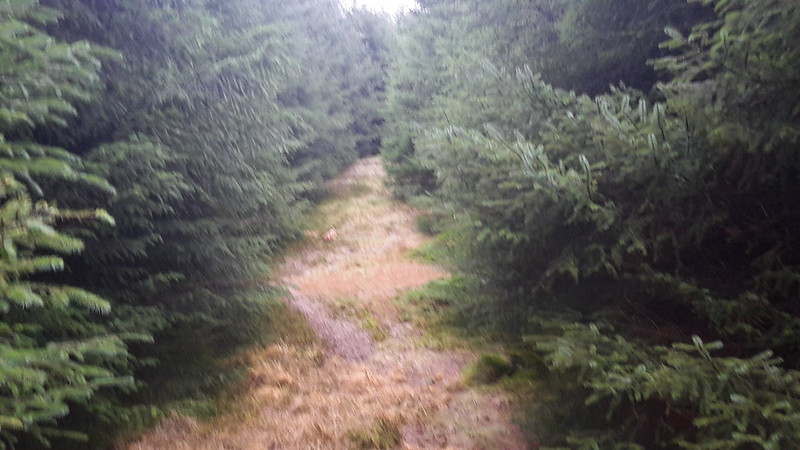 Exiting the fire break coincides with the angle of the slope easing and the summit is in view and within easy reach. The final obstacle is a wire fence and once over this, it's a short walk to the summit cairn and on over to the trig point. On route, you are greeted with fine views to Loch Leven and the Lomond Hills and, on cresting the summit, the entire Forth Valley is laid bare before you. It's quite overcast today but, enough low cloud and glimpses of light to make it interesting. I can also see the forecast rain clouds gathering over the Ochils and heading our way so, after a few pics, we set-off again. I had a quick look for an alternative route of descent but opted to return the way we'd come up and, surprisingly, by sticking to the tree-line, the descent was easier than the ascent in terms of staying on our feet. We were back at the track quicker than expected as a result and it's only 10-15 minutes back to the car from there. It then took a mere 5 minutes to get to Pool of Muckhart for one of Mona's breakfast baps and a mug of tea ... highly recommended (as are the tray bakes). 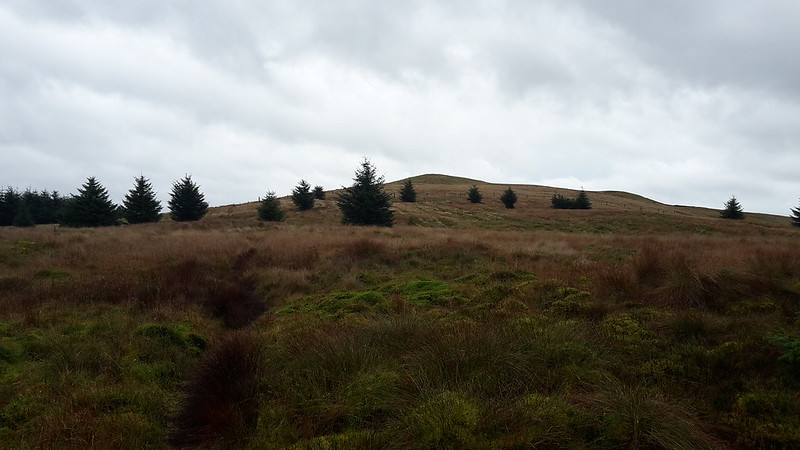 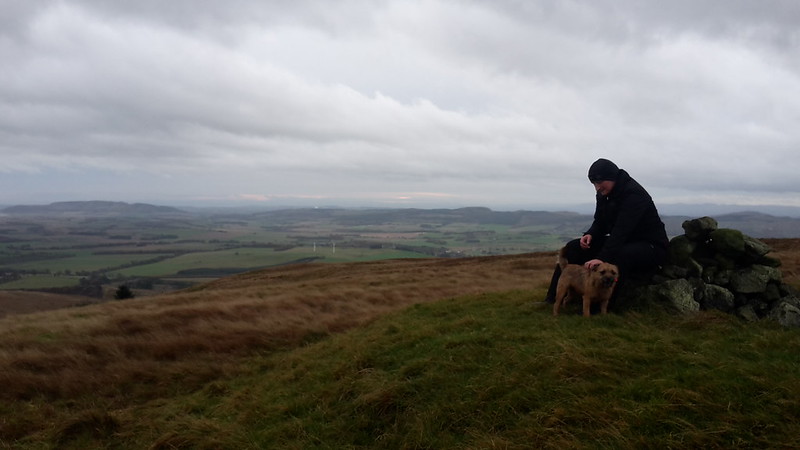 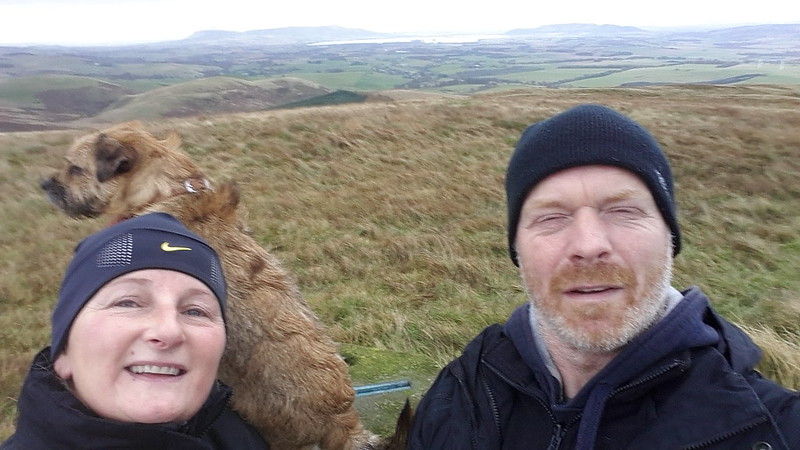 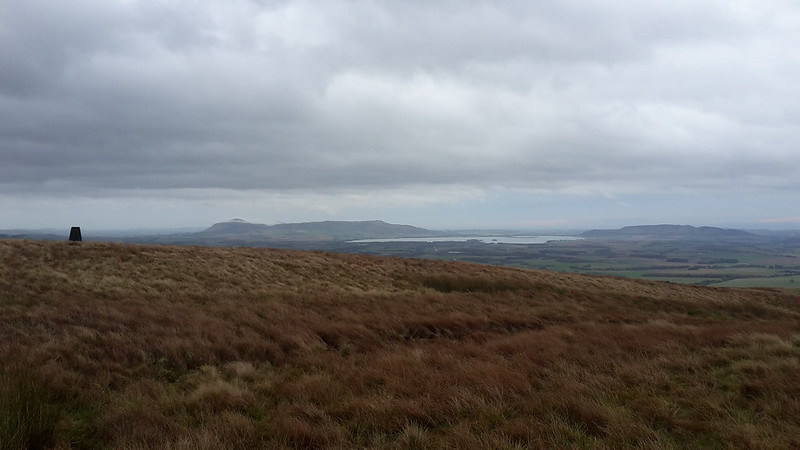 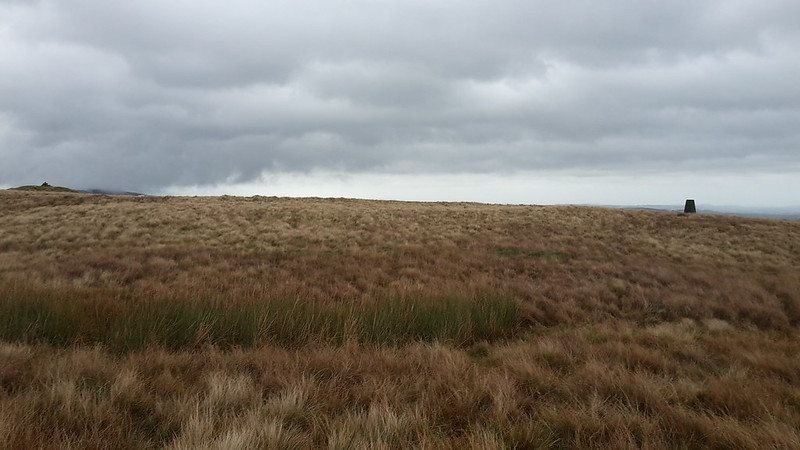 So, where next, Innerdouny Hill, Steel's Knowe, Dumglow, Commonedge/Seamab ... time will tell, although the weather is doing it's best to scupper it with storm Abigail about to land.