A stolen moment on Sgurr an Airgid

A stolen moment on Sgurr an Airgid


Have posted this elsewhere, but I'll put it here too, as I like to keep everything in my walks diary on this site. It is a couple of years old though - don't be alarmed by the sudden appearence of snow in Kintail!

On the way back from a meeting in Balmacara, and there was a couple of hours daylight left. Luckily this coincided with some of the better weather at the time.

Beinn Fhada from the cemetery: 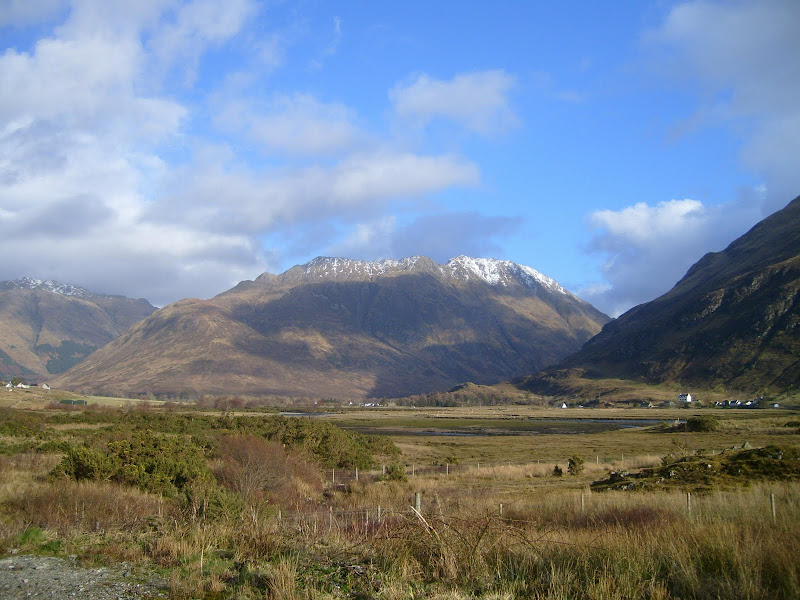 Parked up next to the cemetery just off the A87 and decided for a direct line of attack, for the ascent at least. Through a gate, and it was straight up! Climbed a low fence a couple of hundred meters up the hill, then onto a steeper section. A few broken crags near the summit, but I was able to weave around these. 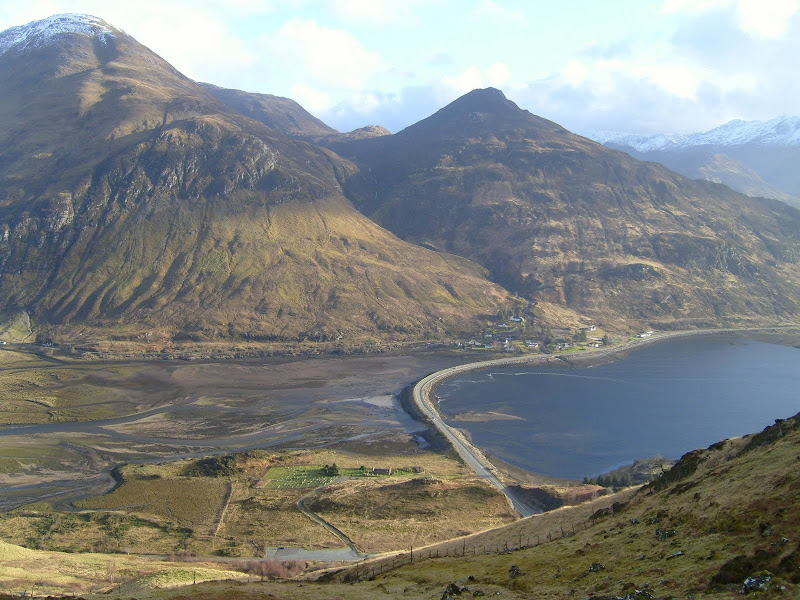 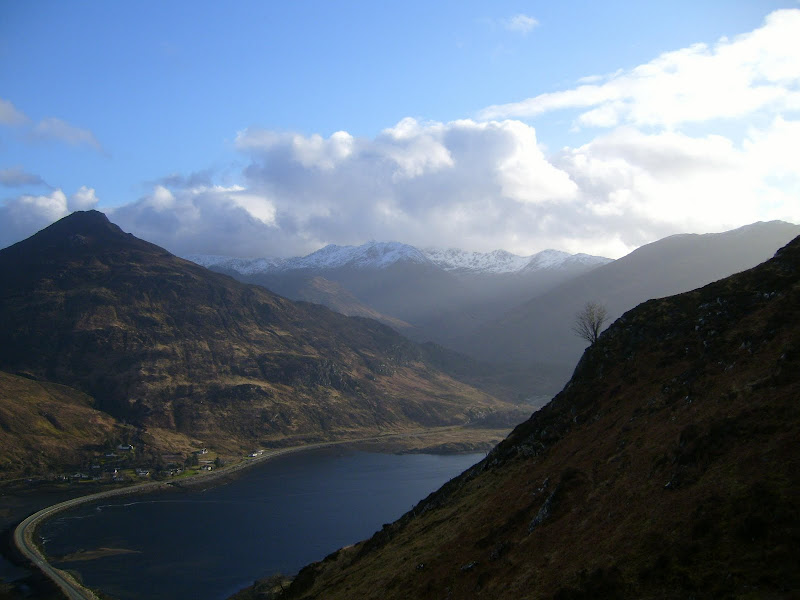 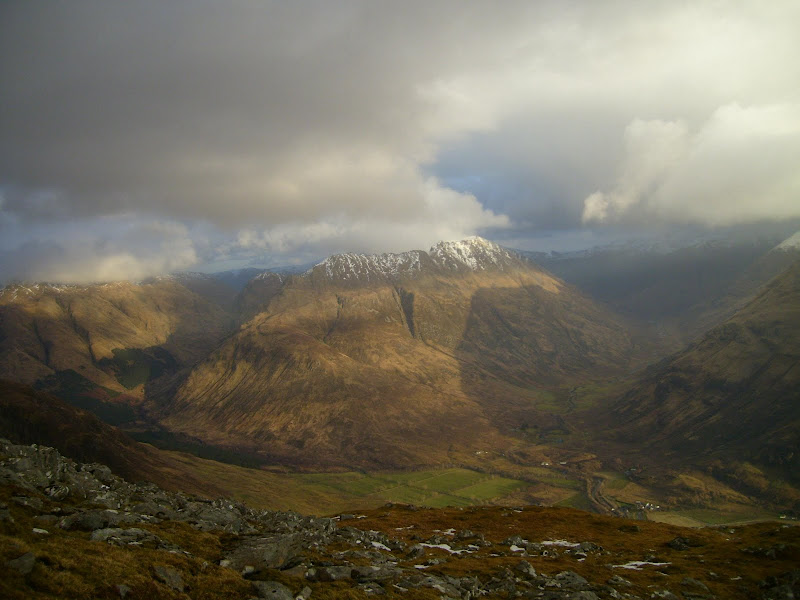 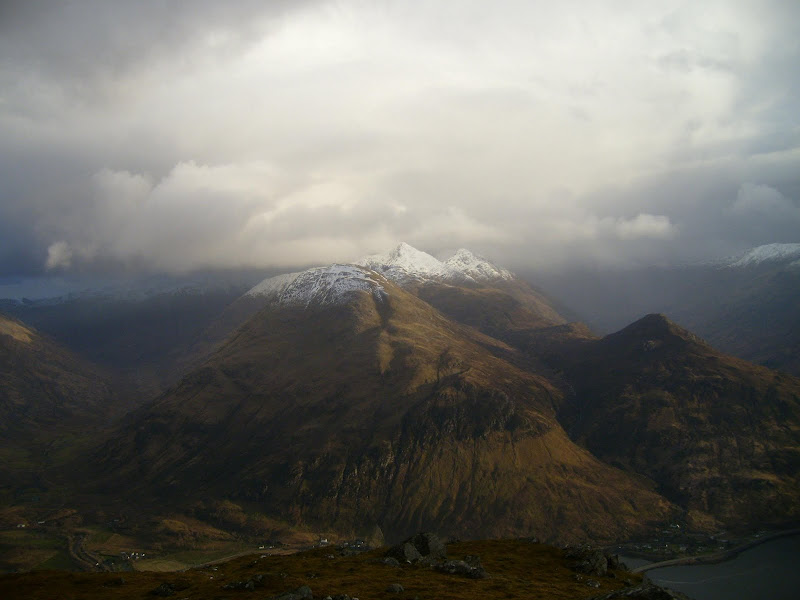 Views were spectacular. Lots of atmospheric cloud around, with the 5 Sisters looking positively menacing. There was a small amount of snow around, but no need for axe or crampons.

Skye and the Inner Sound from the summit: 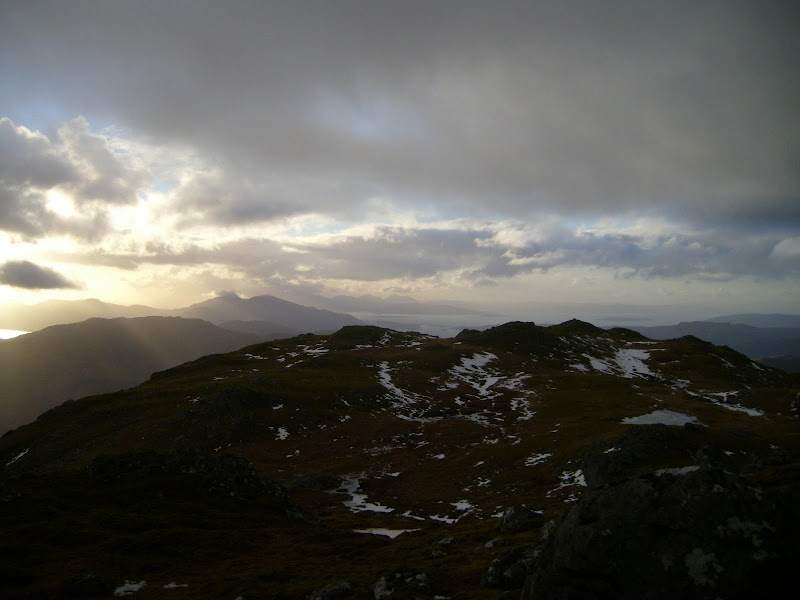 N from the summit: 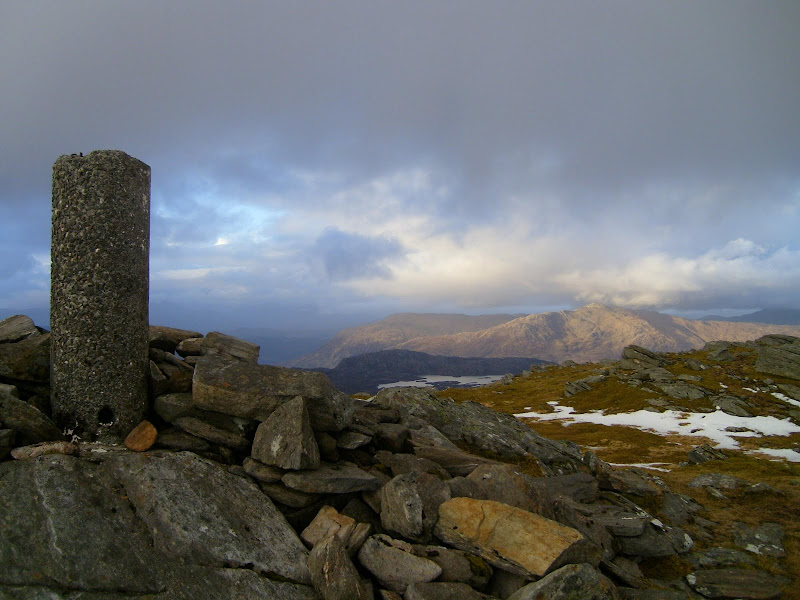 The route down was the E ridge. This was quite narrow, but had a path. Obviously the normal way up. Picked up the stalker's path at the col, then cut a corner back to the cemetery, arriving at the car in the last light.

NW face of Sgurr an Airgid: 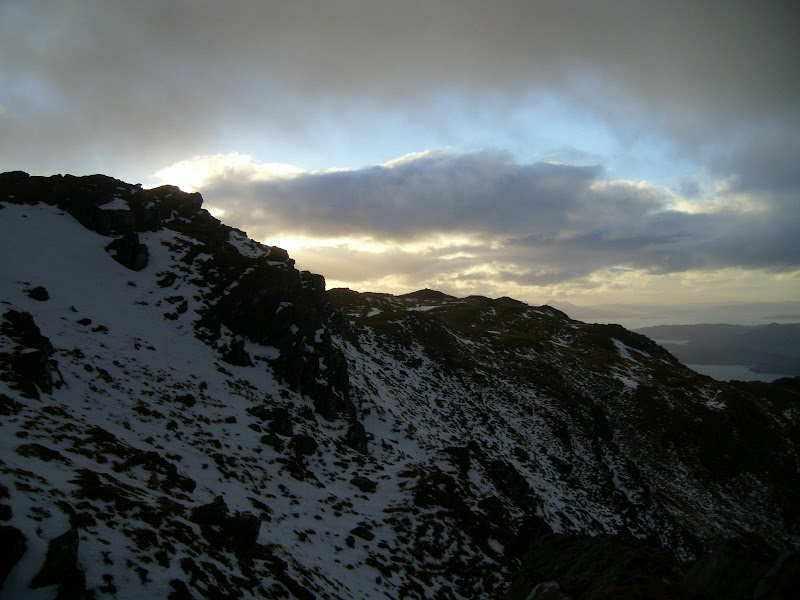 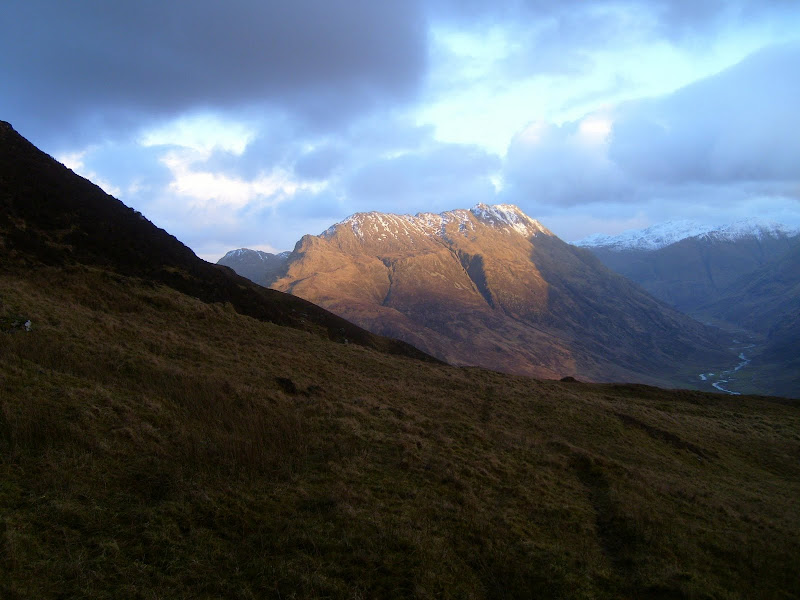 Love the pics as the sun starts to fade !

Used to stay at the old Forestry Commission campsite when I was kid - great area.

What a way to spend a couple of hours after a meeting! We could do with some of this March weather now in July!

Great pics there - especially those of Beinn Fhada... I still think the 5 Sisters are positively menacing!!

The normal route up and down the East Ridge are going to be my choices for that one I think...