Last weekend before the Knoydart trip and a goal of hitting 100 munros. Forecast was looking iffy but decided to go for it anyway.

Jen, Brad and EJ came along for the repeats and to pick up a couple of missed tops.

Weather looked ok on the way over and we stopped off for a cheeky second breakfast at the bakery in Aberfeldy.

Suited and booted in the soggy car park and started the walk in. We followed the normal path along the river until we reached the construction works for the hydro. After we crossed the bridge over the Inverar burn we soon forgot them and headed up the shoulder to Carn Gorm. We passed a few other walkers, and soon were into the wet cloud. 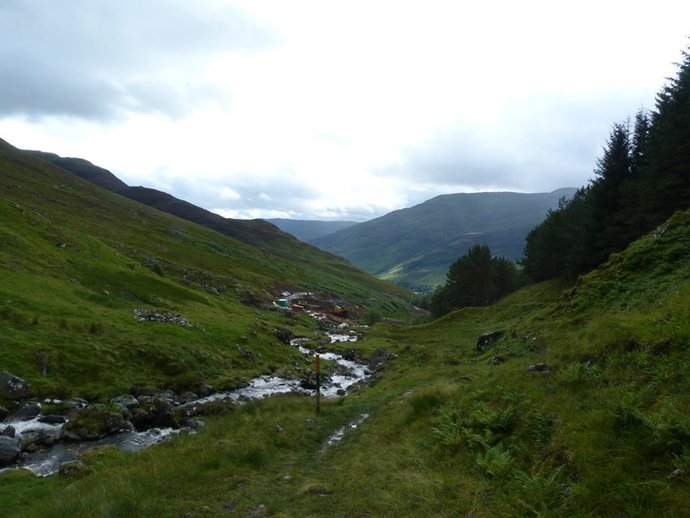 Carn Gorm was summit 99, unfortunately no views,but the sandwiches were good.

Dropped down off Carn gorm below the cloud and headed up to An Sgorr. The views over Loch Rannoch under the cloud were moody but not quite what I was hoping for. Still Meall Garbh looked clear. 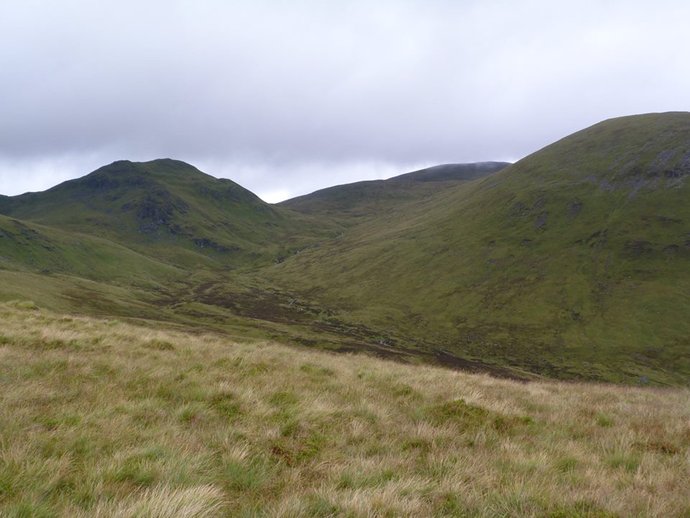 Just as we neared the summit the cloud came back down and it started to rain. still 100 munros and a game of thrones cairn.

We headed off the summit down past the tarn before heading up to Mheall ' Bharr. Coming off this summit we were hit be the wind so it was heads down to Carn Mairg.

We headed down to Meall Liath with the view of Schiehallion. It felt like you could reach out and touch it. The summit of Meall Liath had the best views so far with Schiehallion to the north and Creag Mhor to the south. 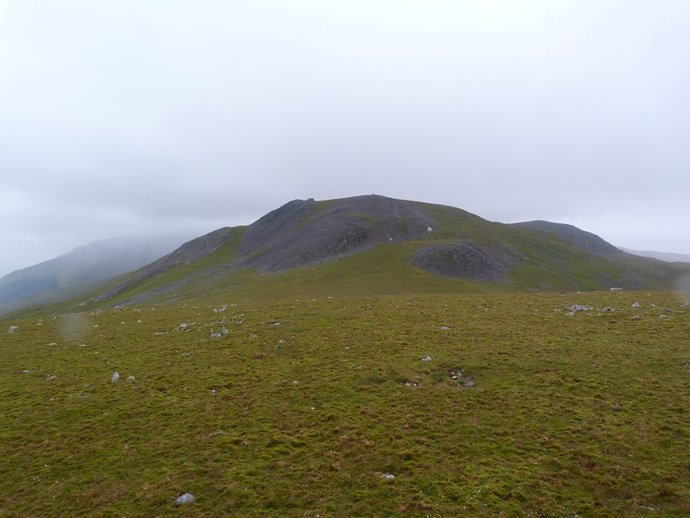 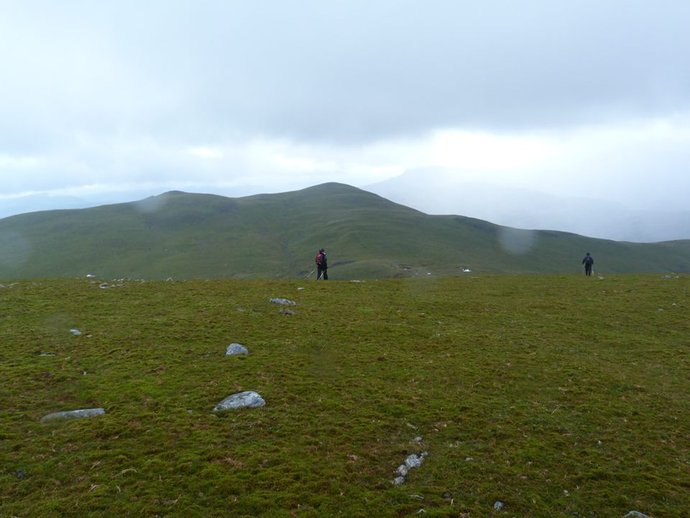 By the time we hit the bealach with Creag Mhor the cloud was back down but we pushed on and soon made it to the summit. 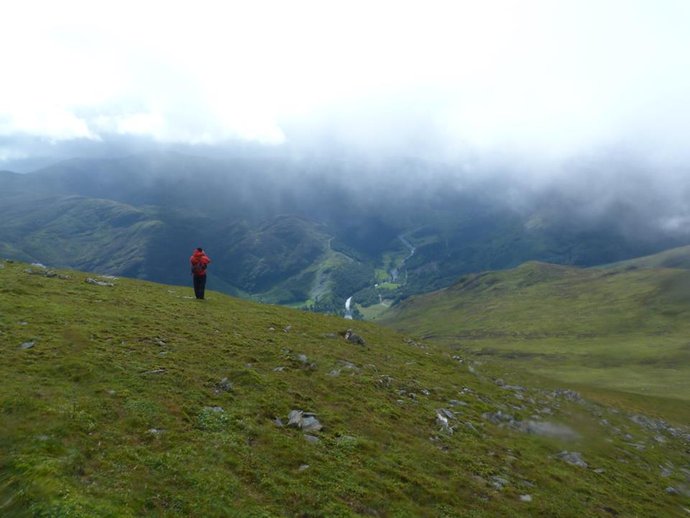 Stepping off the summit the views down a moody Glen Lyon were great and stayed with us back to the hydro works.

Congratulations for bagging your 100th munro!

Shame about the cloud, but at least you had views to Schiehallion.

Thanks Silverhill. It was actually a pretty good day in the hills. Sometimes cloud and wind can add something as weird as that sounds - just not too often!