A Perfect Winter's Day for Meall a' Bhuiridh and Creise

A Perfect Winter's Day for Meall a' Bhuiridh and Creise


We left Stirling at 7am, which meant we got to Glencoe at 9am. It was clear, crisp and cold and the late Autumn/Winter colours were at their best. 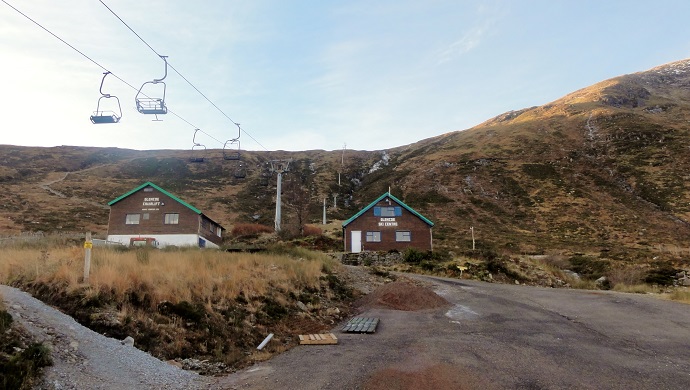 We started up the path leading up from behind the Ski Centre and followed it underneath the ski lift. 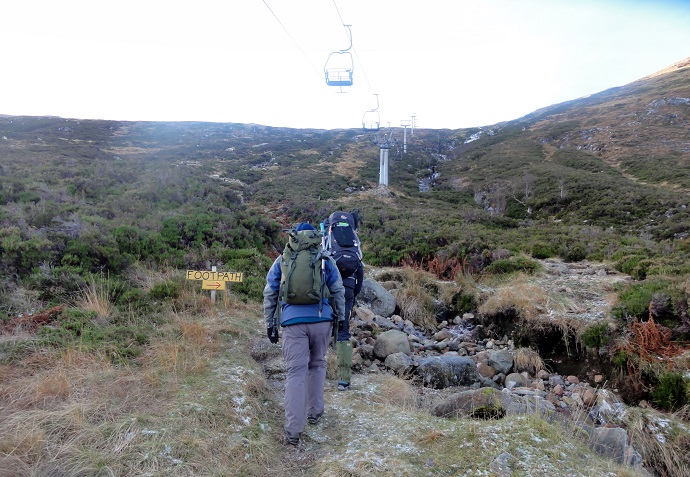 Starting up the path

The path was quite icy in places, so it was slow going, but as we got higher we were rewarded with some stunning views over Rannoch Moor. There was incredible contrast between the orange/brown of the moor and the white snow capped peaks and blue sky. 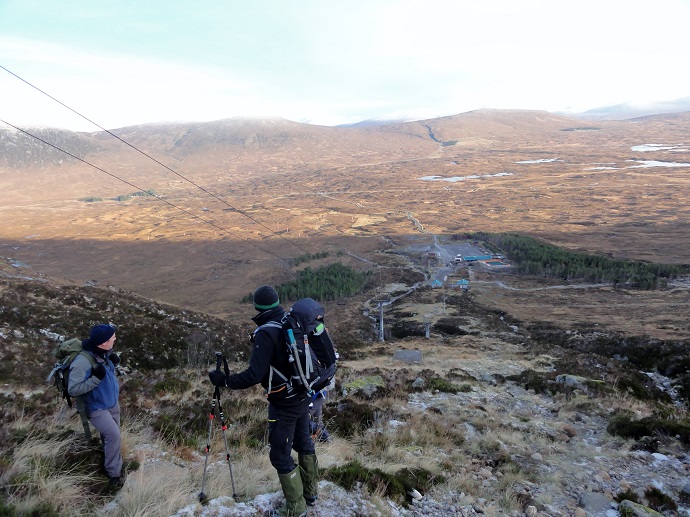 Schiehallion was unmistakable with it's cone shaped peak. At the building belonging to the ski centre, we took a right and followed the path avoiding the peaty/boggy area before starting out ascent up the shoulder of Meall a' Bhuiridh. This part was less icy until we got to steeper ground, when we decided to put on the crampons. We met a guy who was walking on his own, so he joined us for the rest of the walk. We got to the summit of Meall a' Bhuiridh at about 11:30am. There was a slight breeze, but it was bathed in sunshine and there were amazing 360 degree views. View of Creise from the summit of Meall a' Bhuiridh View back from toward the Ski Centre View to the south east from Meall a' Bhuiridh

We stopped off here for a snack before heading off to the second munro of the day, Creise. We still had our crampons on as were started off down the ridge, but soon found that it would be better without then, as the snow was soft and it was very rocky in between. As we started ascending the other side, the snow became a bit firmer. There were a few tricky sections, but we all got up without too much difficulty. Looking back down the ridge and Meall a' Bhuiridh Proof I was there

From here, there was an easy ridge walk along to the summit of Creise, which we reached at about 2pm. The easy ridge to the summit of Creise

Stob a' Ghlais Choire and Meall a' Bhuiridh We had some lunch in the cold sun. lunchtime with a view

We retraced our steps back along the ridge. Before descending, I put my crampons back on. It was difficult to know whether they were to be a hindrance or a help, as the conditions underfoot we so different from one step to the next. The tricky sections on the way up were even more tricky on the way down, but we took it slowly. I kept my crampons on going up the section to the top of Meall a' Bhuiridh, more because I knew I'd need then for the descent after that and I didn't want to take them off just to put them back on again! afternoon light on the descent

As we descended the hill, the afternoon sun bathed everything in a golden light. Instead of following the path around, we cut across through the peat bog. It was mostly frozen and we only broke through in a few places.
the last part of the walk under the ski lift was once again slow due to the icy path -even more treacherous on descent. We mostly tried to stick to the edge of the path and made it down with only a few minor slips. We were down just before 4pm.

Re: A Perfect Winter's Day for Meall a' Bhuiridh and Creise

These are two great hills.

The views are fantastic and the ridge from Meall a’ Bhuiridh towards Creise is good fun. You really had a perfect day for them. I love the pictures !

Re: A Perfect Winter's Day for Meall a' Bhuiridh and Creise

Looks like it was a pretty well perfect day!