A beautiful day promised by the forecasts and a plan was hatched to do some bagging in Glen Affric.

Drove up to meet Jen and EJ at Keith before Jen drove us up to Glen Affric.

We accidently stopped at the wrong car park beforequickly realising and finding the right one at the end of the road.

We started off as the cloud coming over the tops giving great views down the glen. 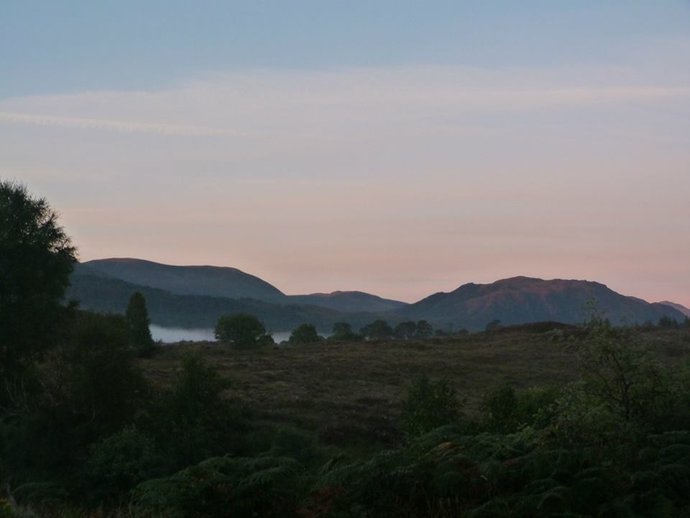 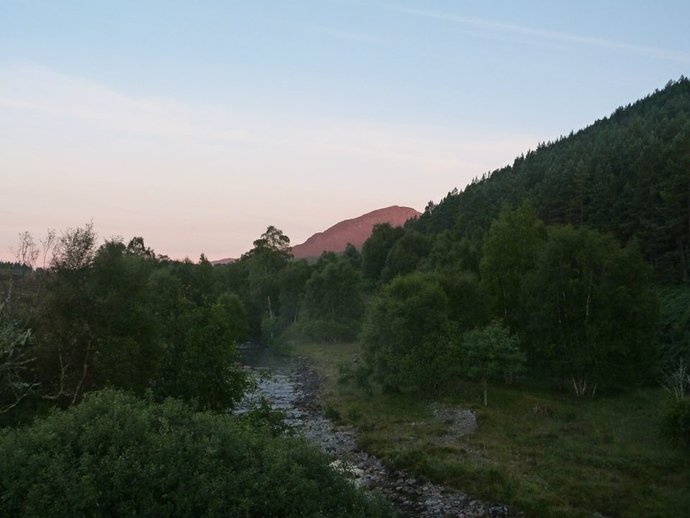 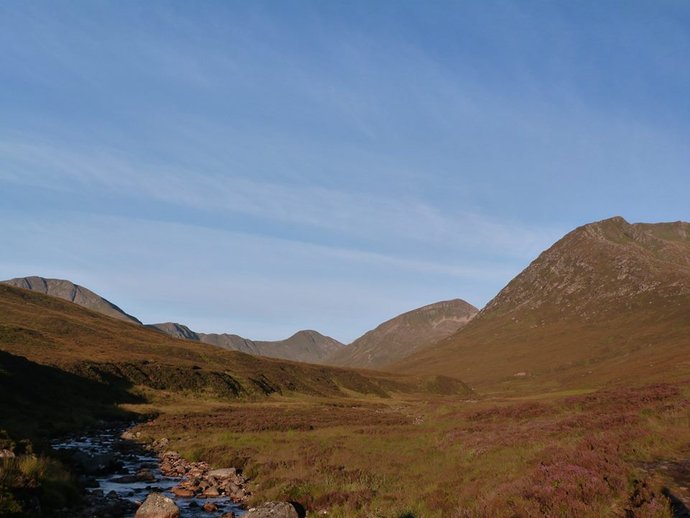 After walking along the river we cut north up Toll Creagach. It was quite boggy and pathless but we quickly climbed, with some cracking views down to Nevis behind us. After stopping for an age taking photos we headed west along the ridge taking in the top at 951 before hitting the steep and slightly hands on path up to Tom a'Choinich. 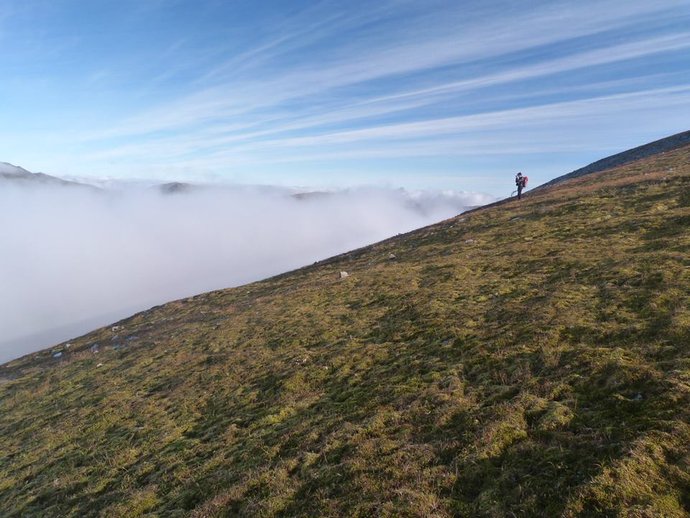 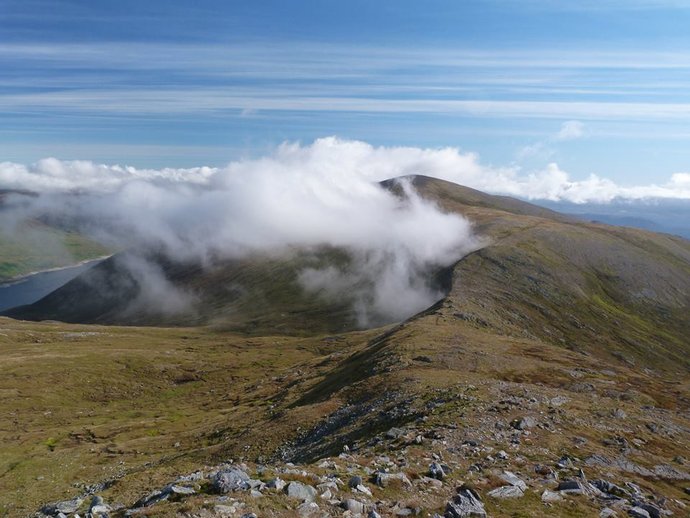 Again the views all around were great although I was getting suspicious that the cloud was going to climb up and envelope us.

We carried on west along the long ridge to Carn Eighe taking in the tops and watching the clouds. By the time we reached Sron Garbh and the pinnacles we were in cloud but could still see below to Loch a' Choire Dhomhain. We contined round over Sob a' Choire Dhomhain and up to Carn Eighe where we sat in the sheltered cairn eating our sandwiches. 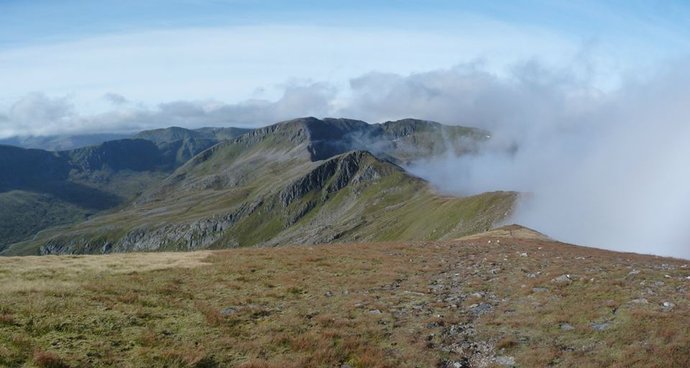 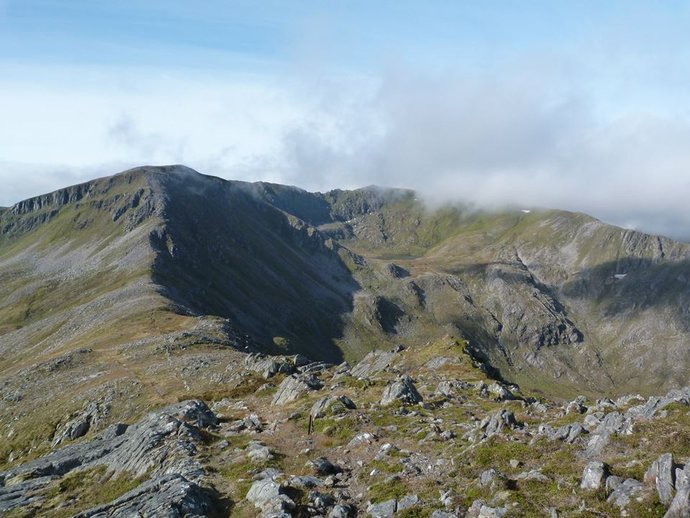 Right next the outlier, this is a fairly simple walk and doesn't seem to fit the rest of the walk. But it was soon in the bag. We headed back and found the bypass to skirt around Carn Eighe. We then headed up to Mam Sodhail the last munro of the day and sat in what seems to be the biggest summit shelter.

After climbing out of the shelter we headed up Ciste Dhubh enjoying being back below the clouds. Then down the An Tudair shoulder taking in the tops. The views were great down Glen and Loch Affric. 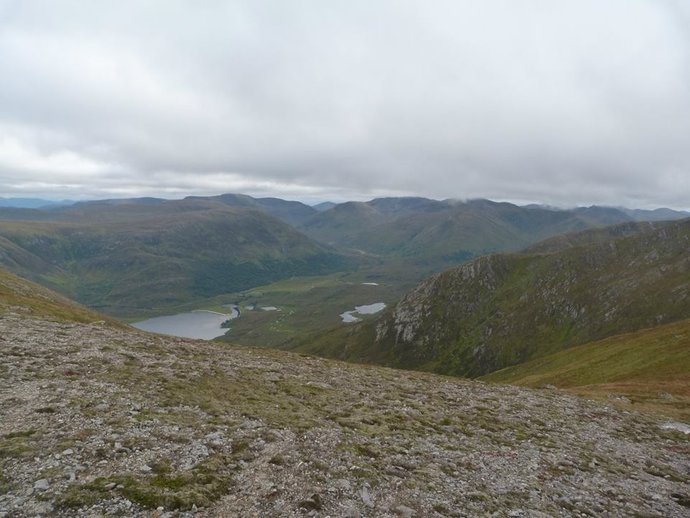 The decent off the shoulder was pretty steep and the path off the bottom was boggy. After a quick detour we were soon back to the path where we were swarmed with midgies. Hoods up we ran back to the car and drove to the Geln Affic bar where we were able to sort out the gear and get the midgies out of our hair.