With the Forth Bridge shut, and the A84 flooded north of Callendar, options were a bit limited, but Chonzie gave us a good day out. We were a bit surprised to see no-one else on the hill - it was quite windy but otherwise a fairly decent day. The track along Loch Turret was easy walking with fine views across the loch to the snow topped hills on the far side - no tidemark today after all the heavy rain! An eagle cruised round the side of Choinneachain Hill and there were bullfinches in the trees by Gilbert's Burn. From Lochain Uaine the more usual route goes up to Bealach na Gaoithe, but since it was likely to live up to its name today (pass of the wind), we took a more sheltered zig-zag line up heathery shelves towards the summit. An even more direct line at the top could be fun in consolidated snow conditions.

We hit the fresh snow at about 550m, which soon got deeper, with lots of spindrift blowing off the summit. Once on the ridge the wind indeed picked up, getting stronger and stronger as we approached the summit, where we were very glad of the shelter wall to hide behind for a quick sandwich. My wee anemometer was reading a steady 55 mph.

Setting off again we cut the corner to rejoin the main ridge. Carn Chois looks quite close, but there is a deceptively long and boggy section before the ground rises up again to its rock summit. Meanwhile, a heavy snow shower blew in from the west, giving some dramatic lighting, but cleared through after 20 minutes or so. From Carn Chois we headed down to the track and across the dam back to the car park. Oddly the lights were on in the wee building in the middle of the water - wonder if someone was at home?

This is a definite improvement on the "voie normale" from Glen Lednock, showing off the hill's best side.


Chonzie.gpx Open full screen  NB: Walkhighlands is not responsible for the accuracy of gpx files in users posts 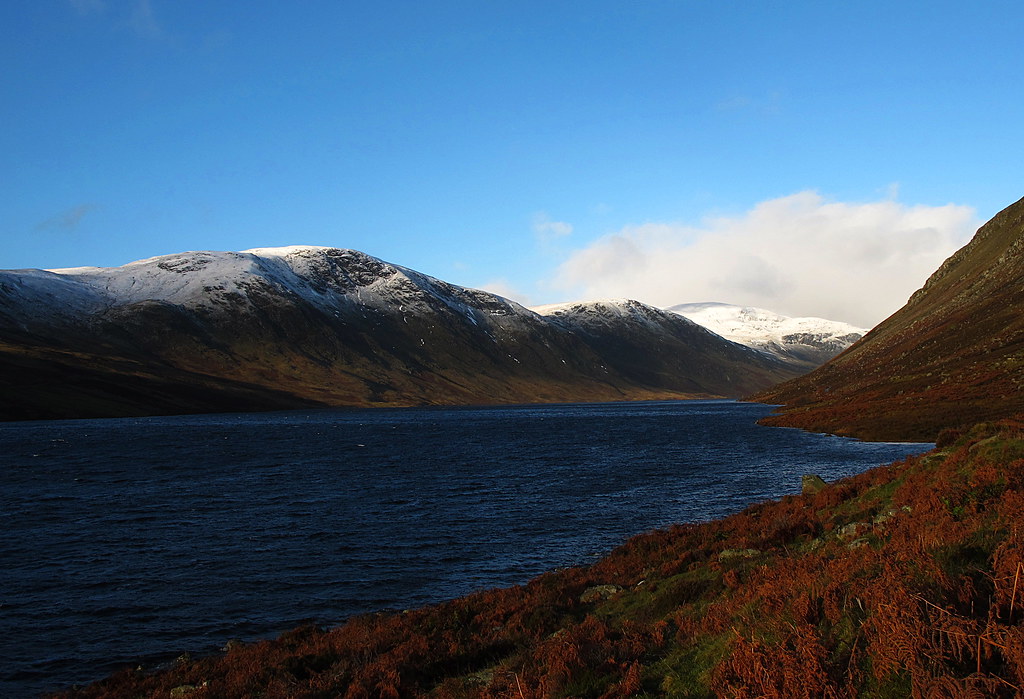 Ben Chonzie from the end of the loch 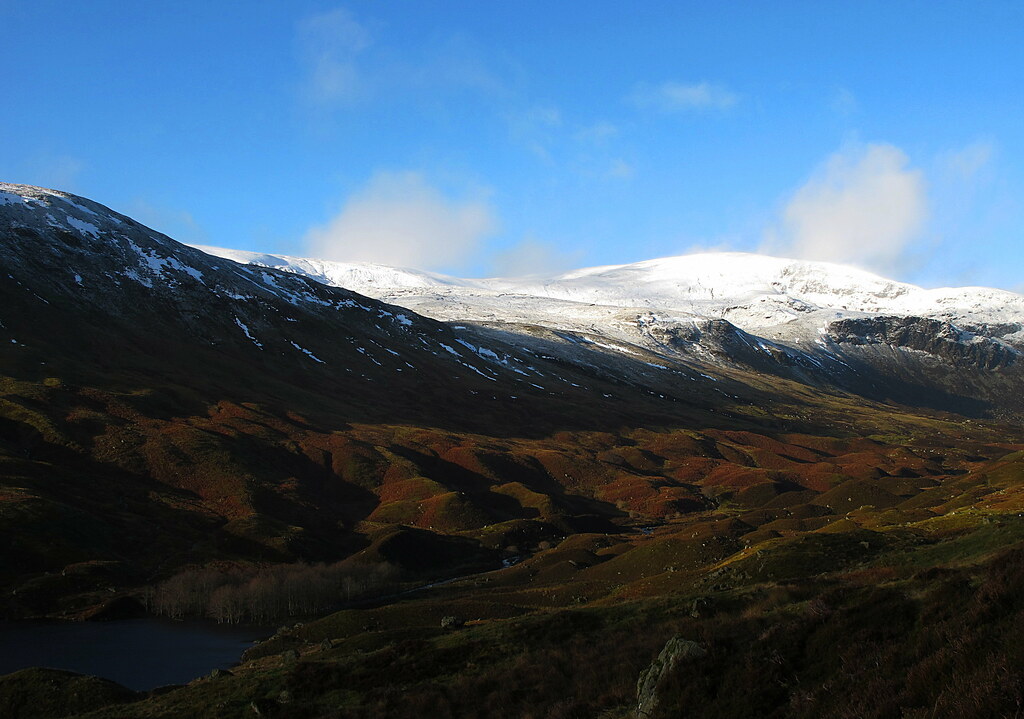 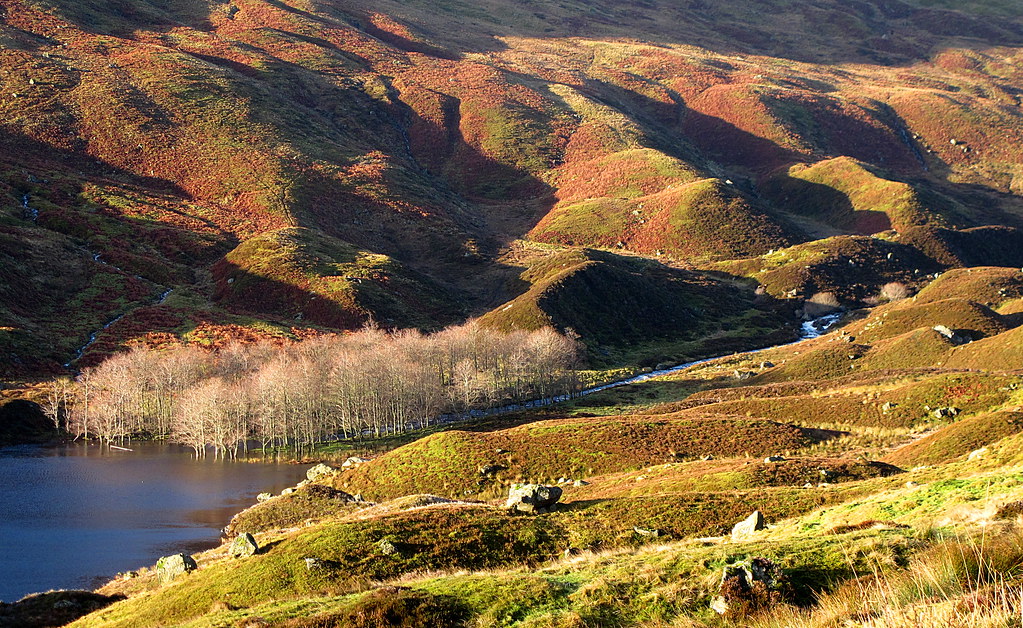 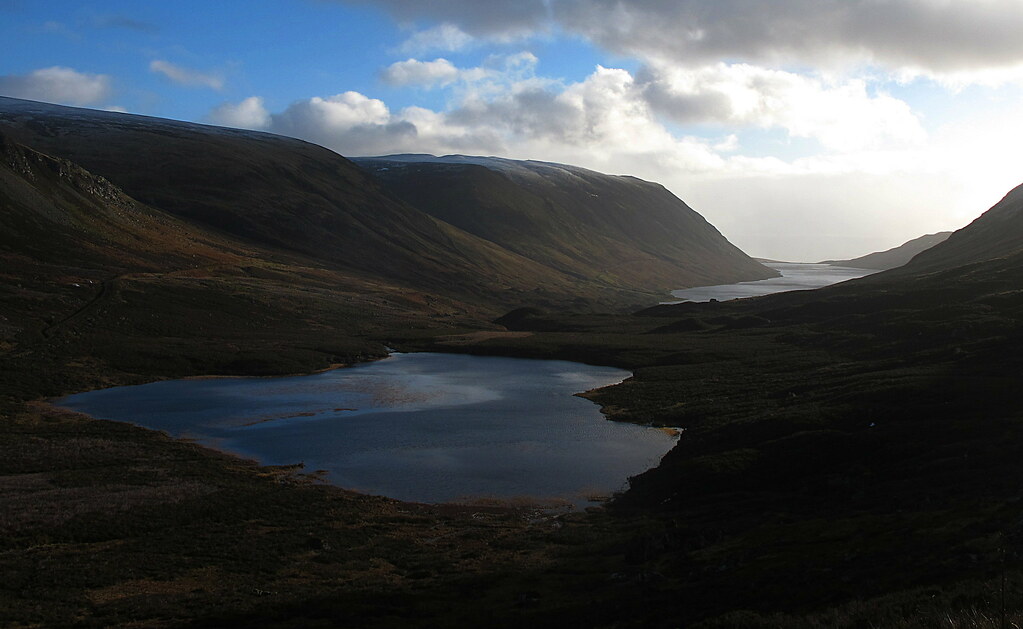 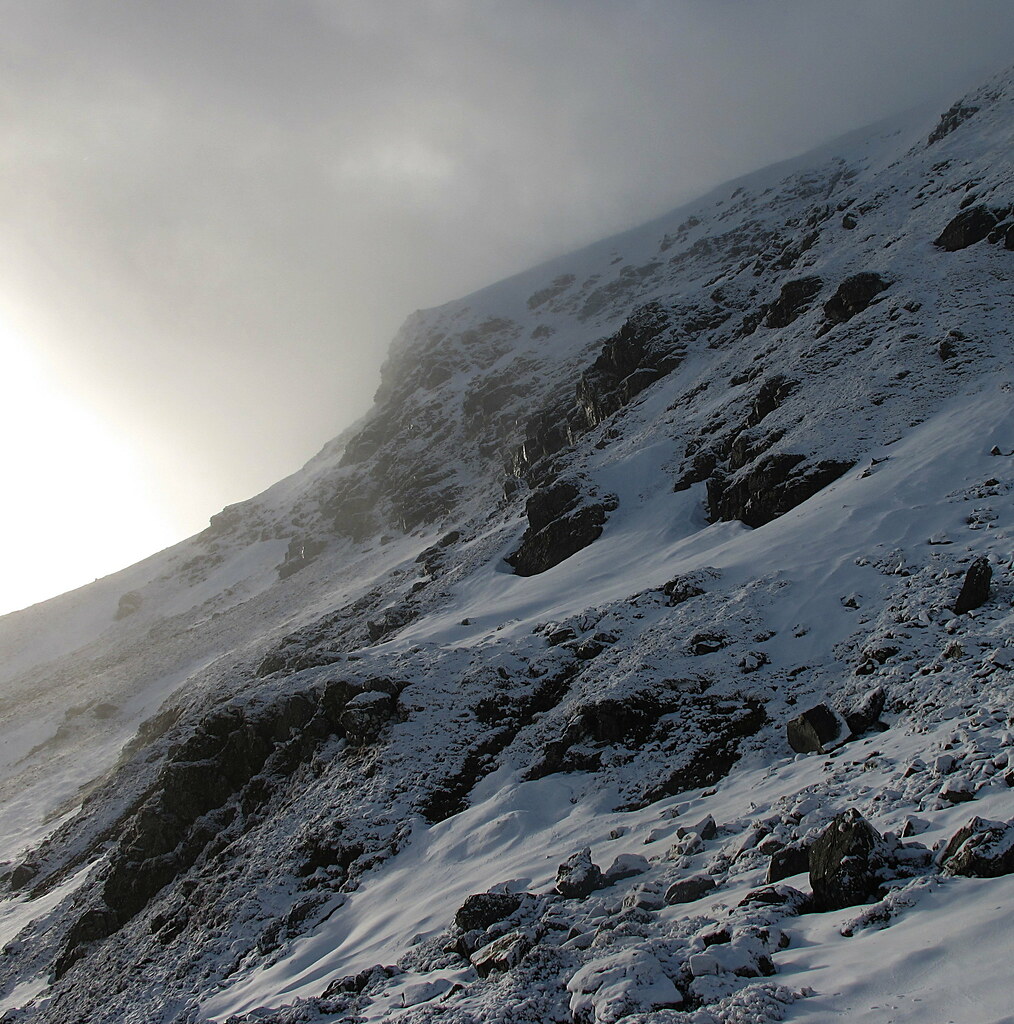 On the last zig-zag 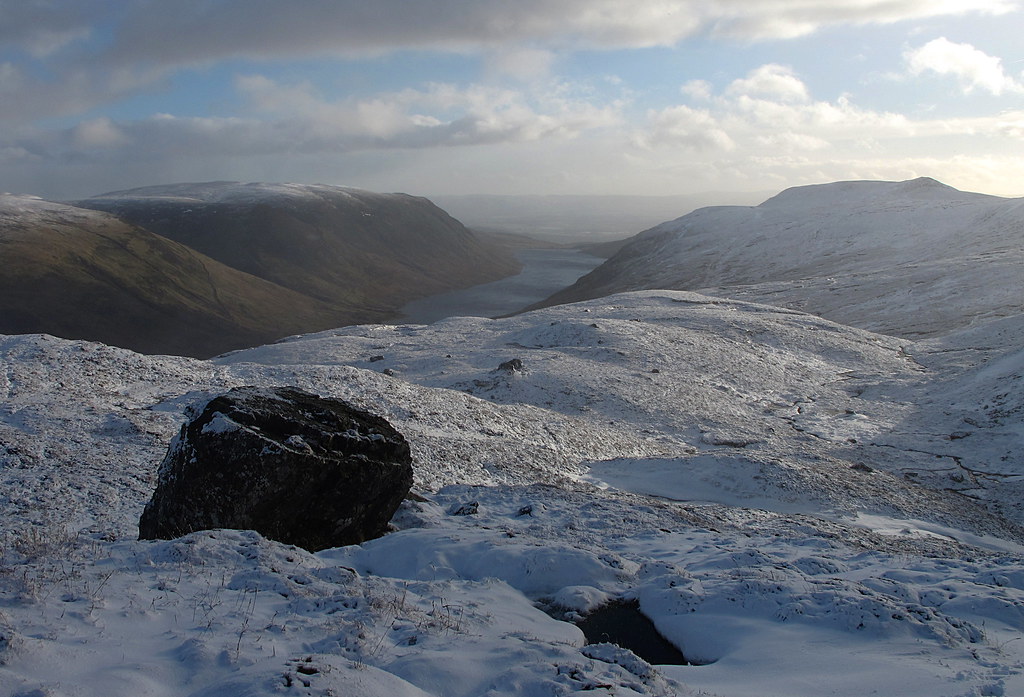 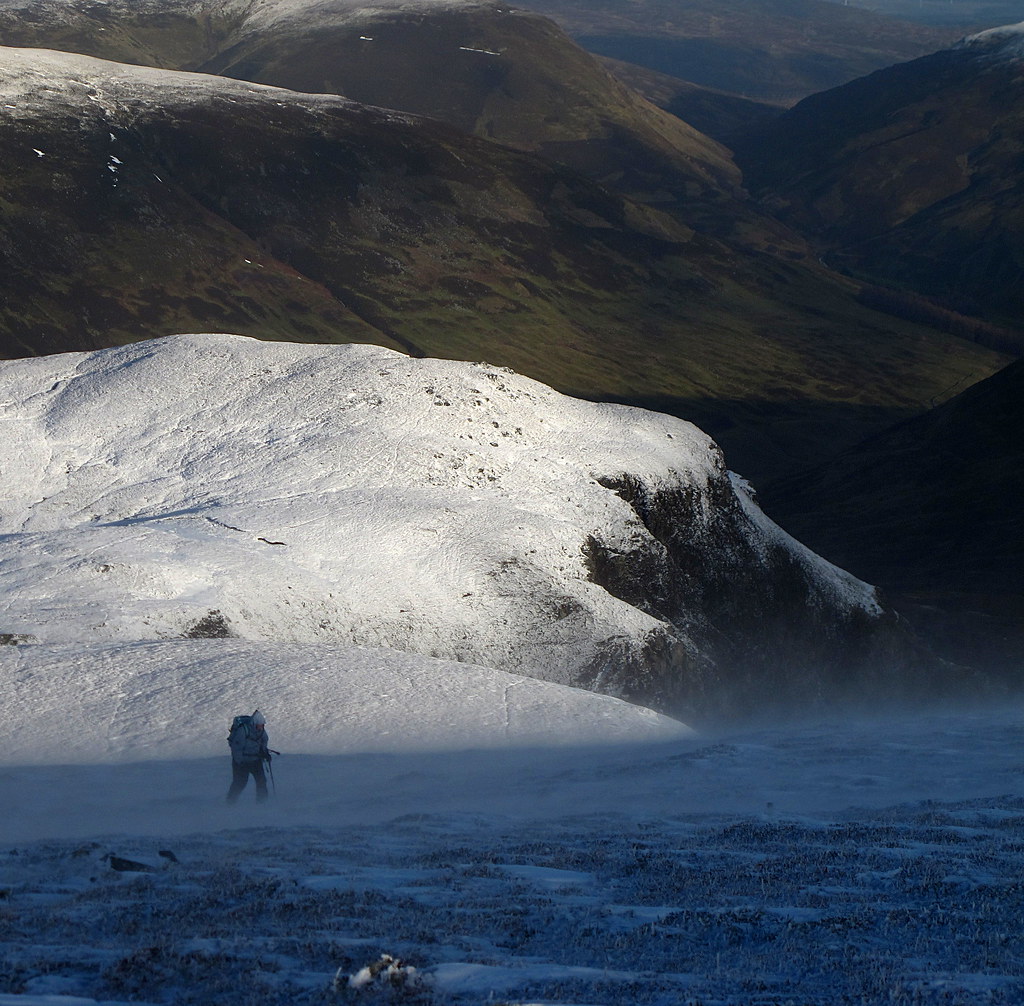 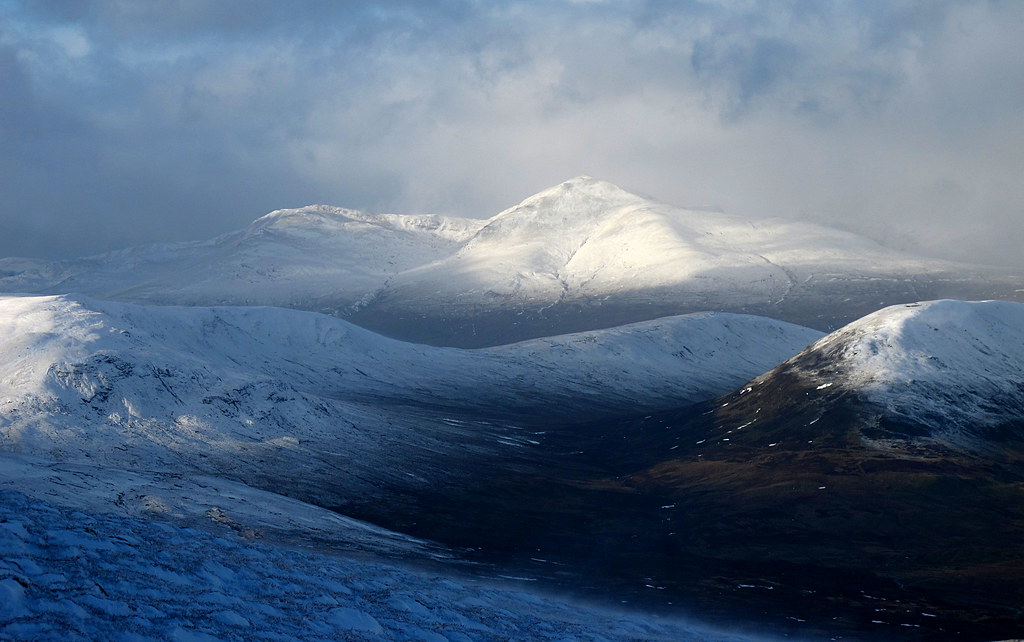 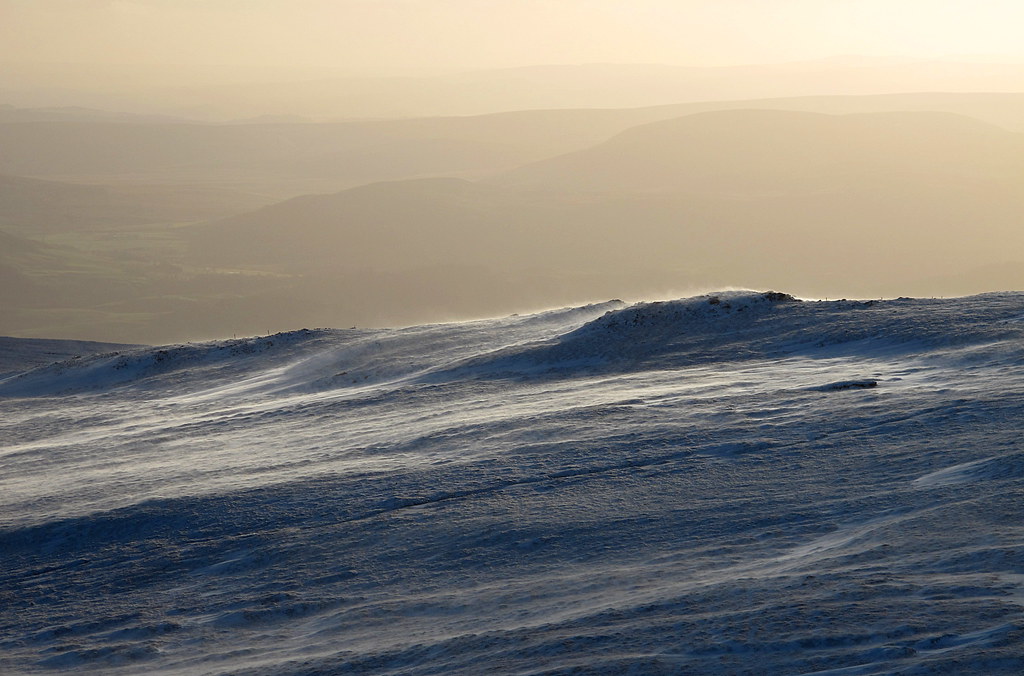 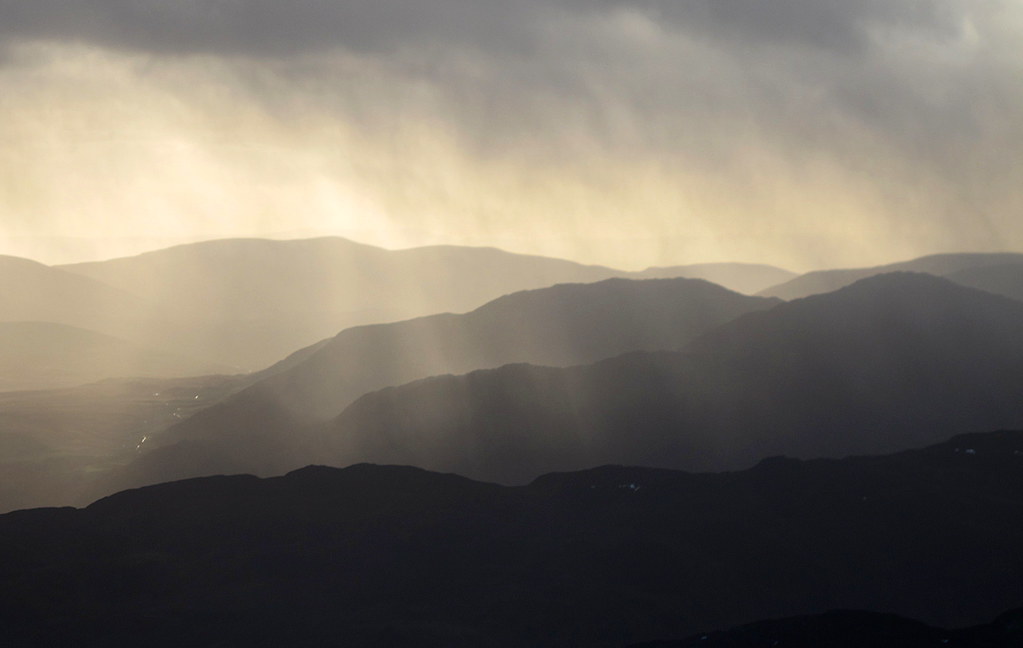 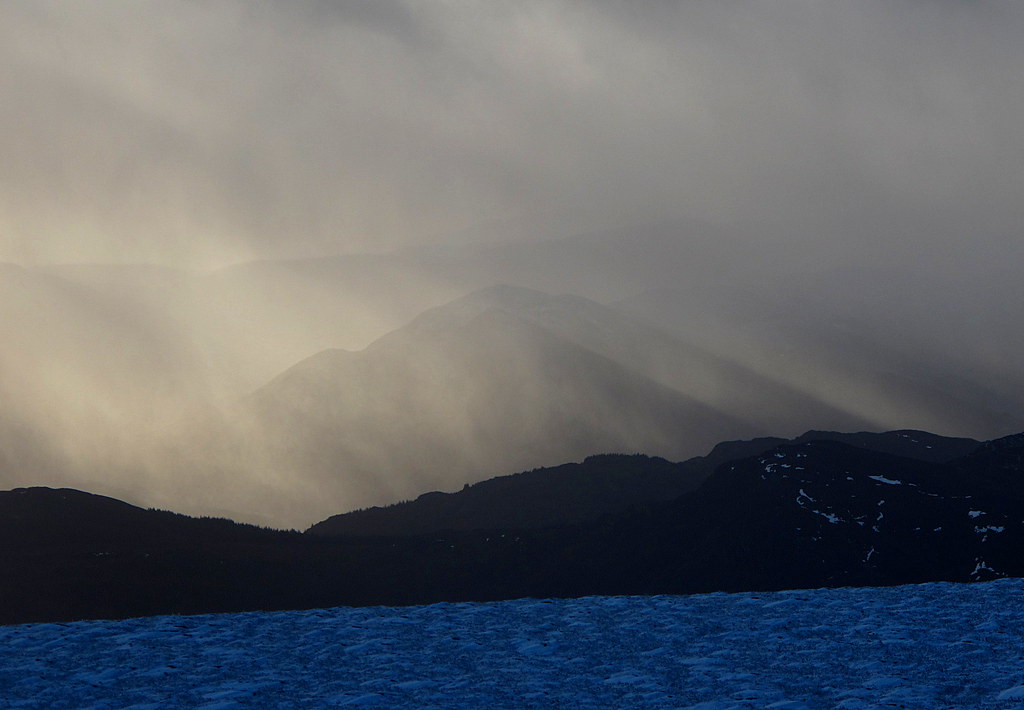 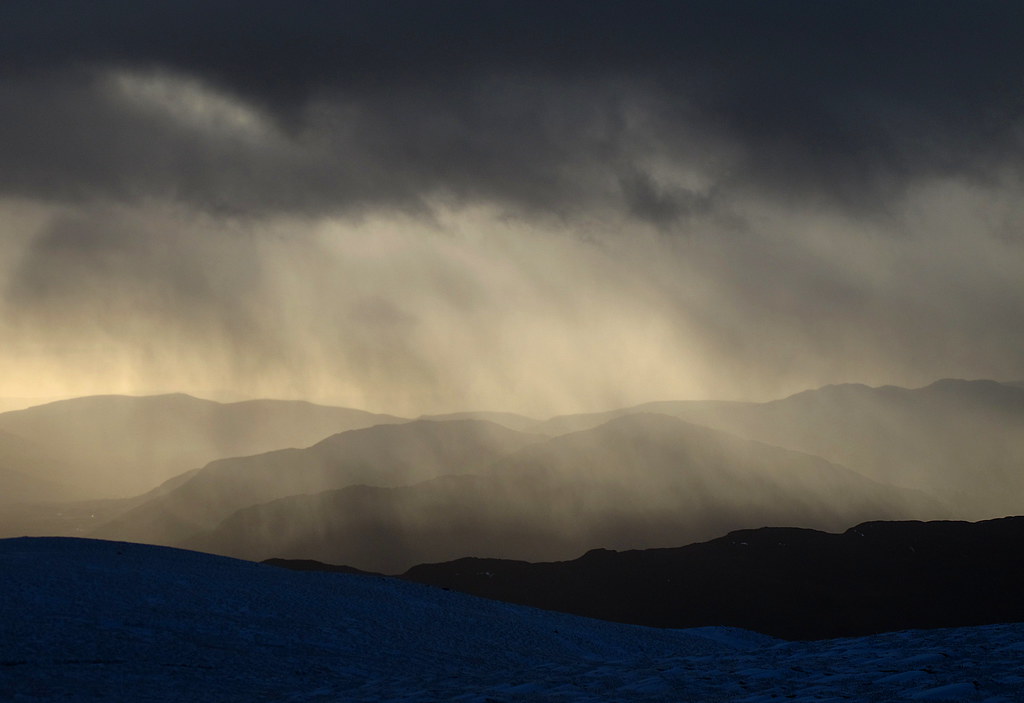 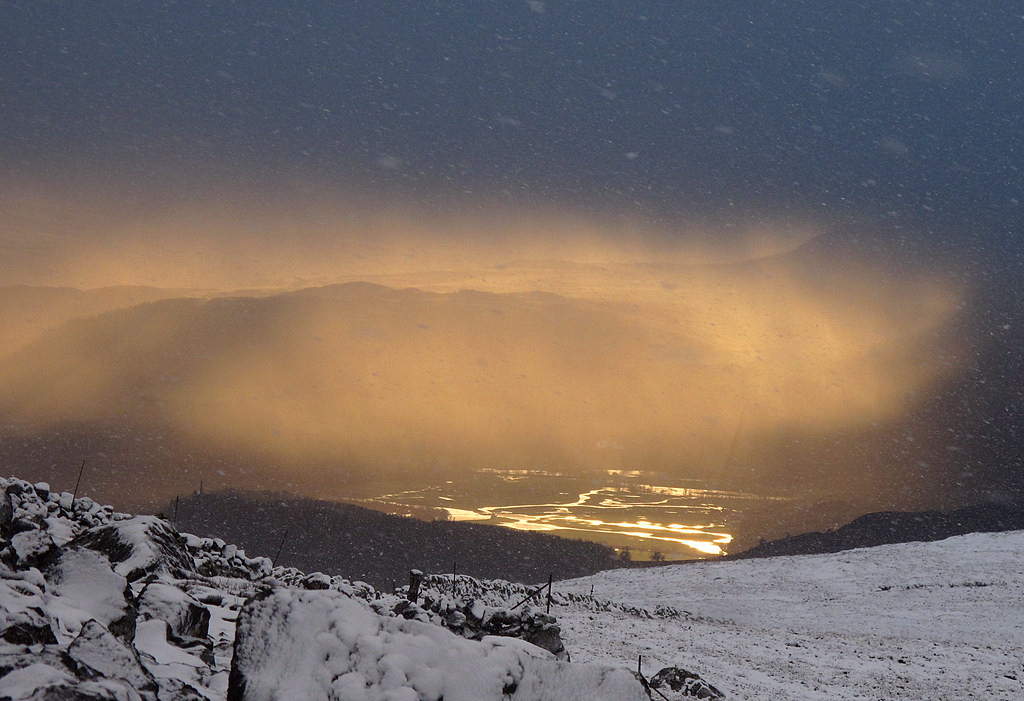 This is my favourite route for Ben Chonzie (with Auchnafree Hill thrown in if time permits) and you got some brilliant photos of your day.

Not sure I would have fancied it with that wind blowing around.

Gordie12 wrote:This is my favourite route for Ben Chonzie (with Auchnafree Hill thrown in if time permits) and you got some brilliant photos of your day.

Yes, we've done the full round with Auchnafree Hill a couple of times - you're right, it is good. We went for the shorter version this time because of the wind (which was really only bad on the highest bit) and lack of daylight!

Agreed. By far the best way to tackle Chonzie. I don't recall if I have ever said on here before or not, that Chonzie is my spiritual home.

Can’t comment on the route via Glen Lednock, but I too enjoyed the Loch Turret approach very much. It gets my vote.
That last picture is awesome!