Ice on the road up Glen Tromie and deep snow on the west ridge of Meallach Mhor made this a harder and longer day than expected. I did pedal and slide my way up Glen Tromie for about five miles before continuing on foot to Bhran Cottage. From here, Meallach Mhor could be clearly seen and I decided that continuing from the summit towards the Meallach Mhor - Meallach Bheag bealach and down a visible track may be preferable to a straight up and down. I left the road at a lochan which is shown on my new map (revised 2010) but does not appear on older maps. 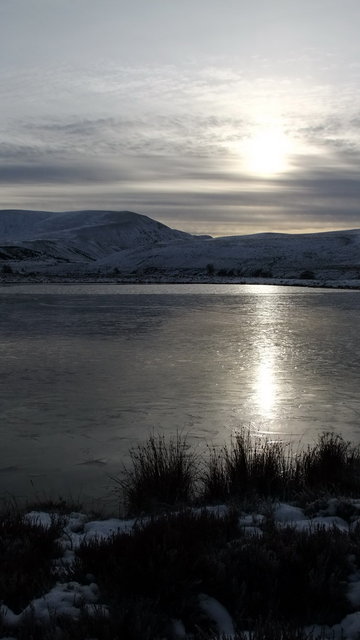 There were even finer views as I ascended the west ridge. 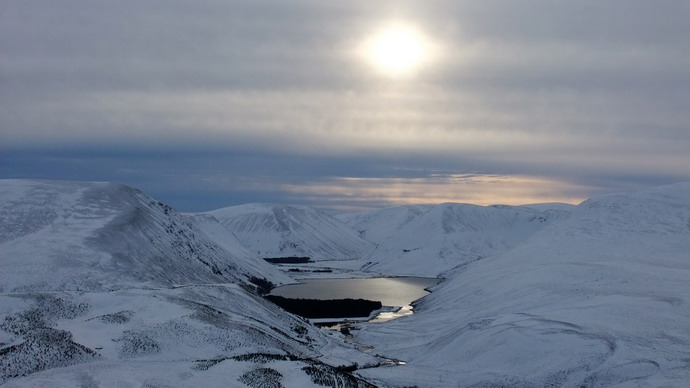 On reaching the summit, I was rewarded with splendid views of the Feshie Hills and the Braeriach - Cairn Toul ridge beyond.

I did a few summit selfies and had drink of coffee before heading down the north ridge to join the track down to Glen Tromie. 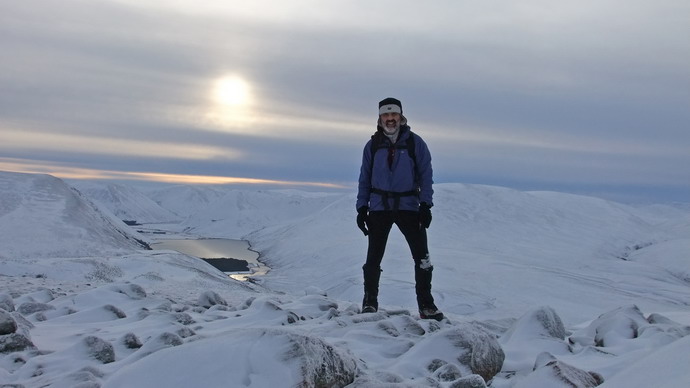 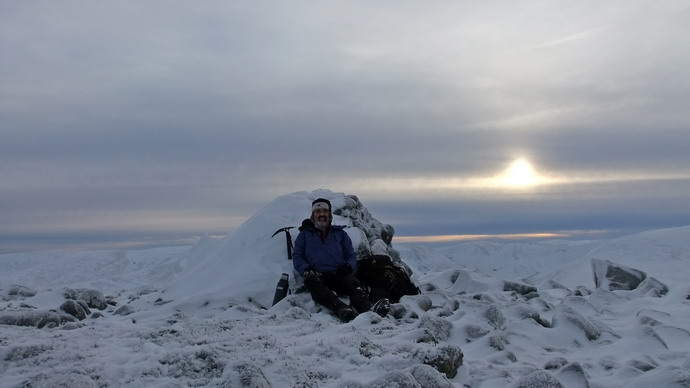 It was almost dark when I arrived back at the car.