Sunday 14th June 2015 and Peter Adams and I really fancied something a little special. Due to the long daylight hours we decided to travel from the Glasgow Area to The Mamores via Glencoe. In particular, the Eastern Mamores, starting out from Kinlochleven.

View of Pap of Glencoe and Loch Leven: 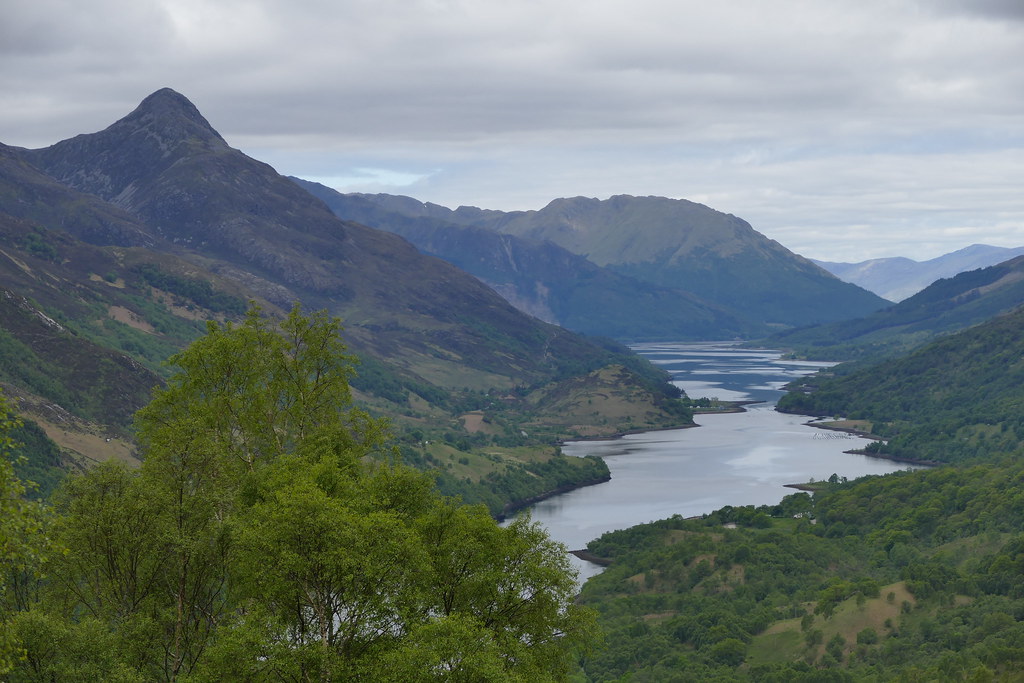 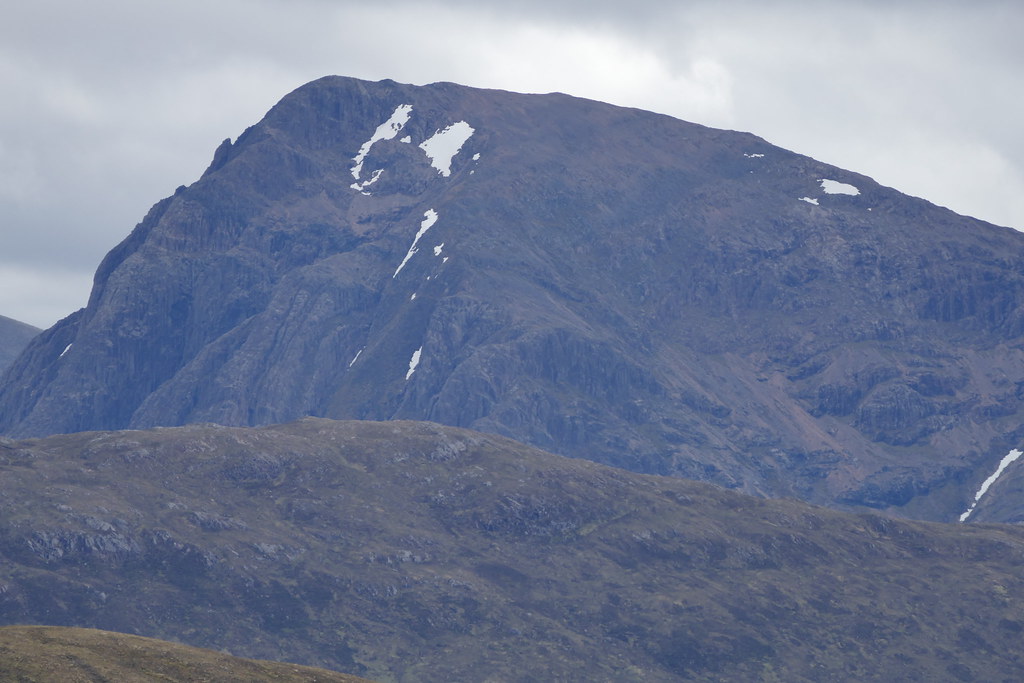 We parked at the Grey Mares Tale Carpark in Kinlochleven and headed into the woods and then out onto the open moorland. We followed an obvious path which went up Sgurr Eilde Beag until it came to a lovely loch an right in front of Sgurr Eilde Mor (1010m). Peter and I took a break to have a coffee and mull over whether we should ascend Sgurr Eilde Mor, as Peter had previously climbed this in flag with his walking club. Due to the days being long, time was not going to be an issue, so we went for it.

Reflecting on whether to bag Sgurr Eilde Mor: 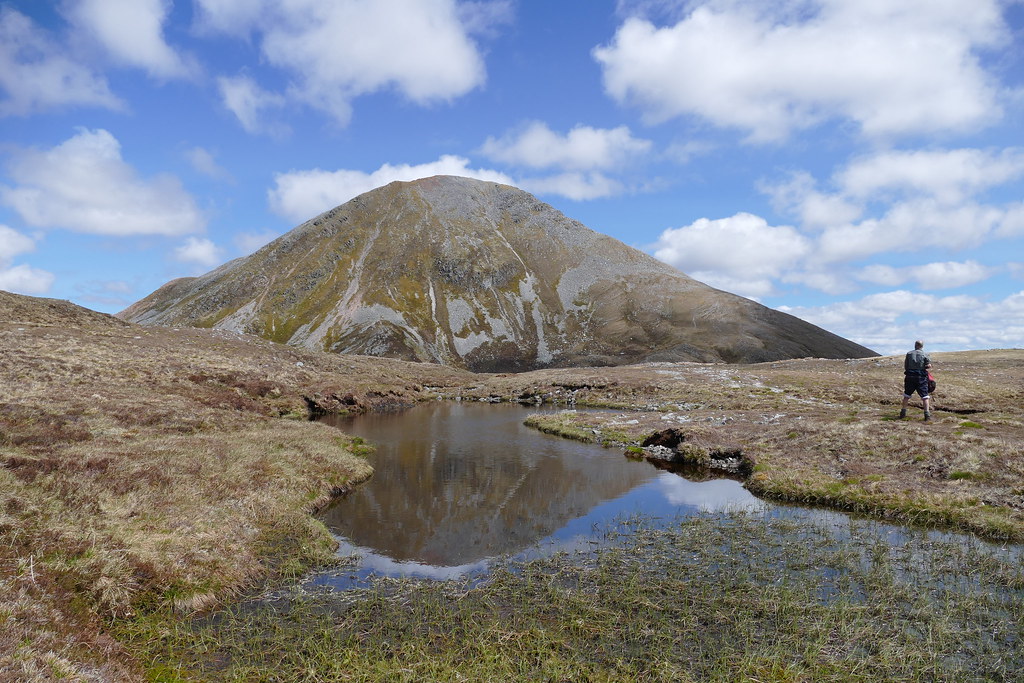 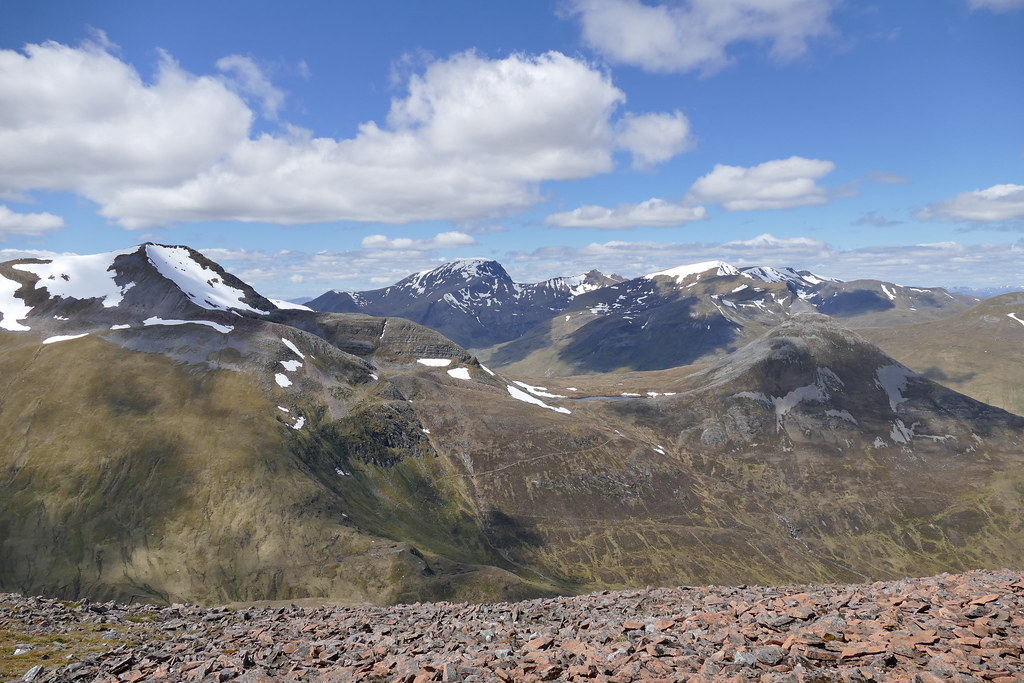 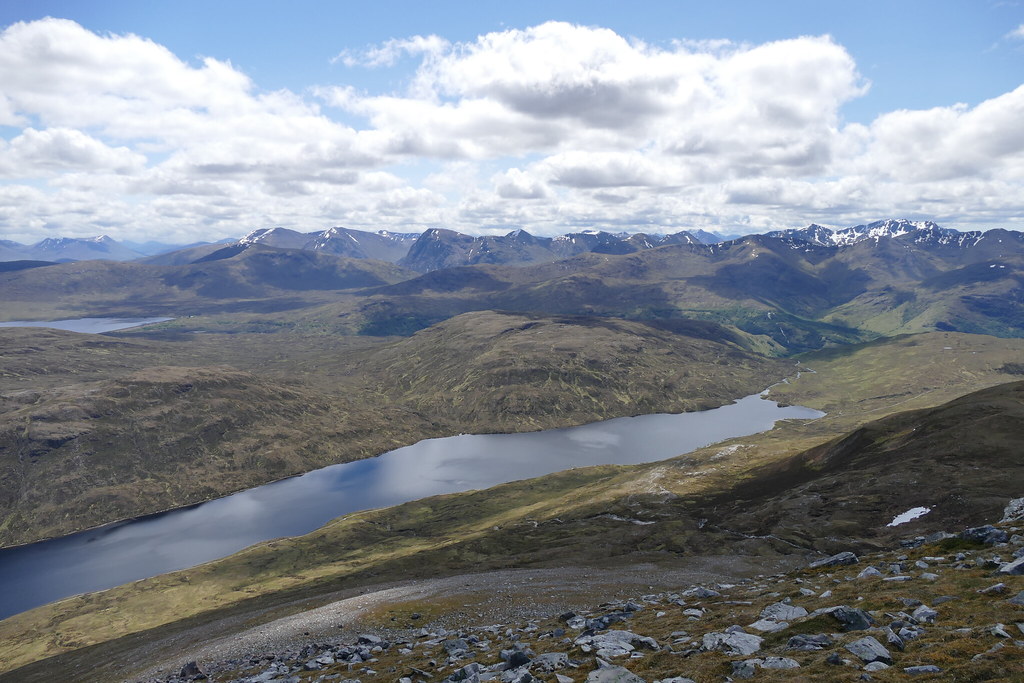 There was not a breath of wind and the sun was nice and warm - ideal conditions. 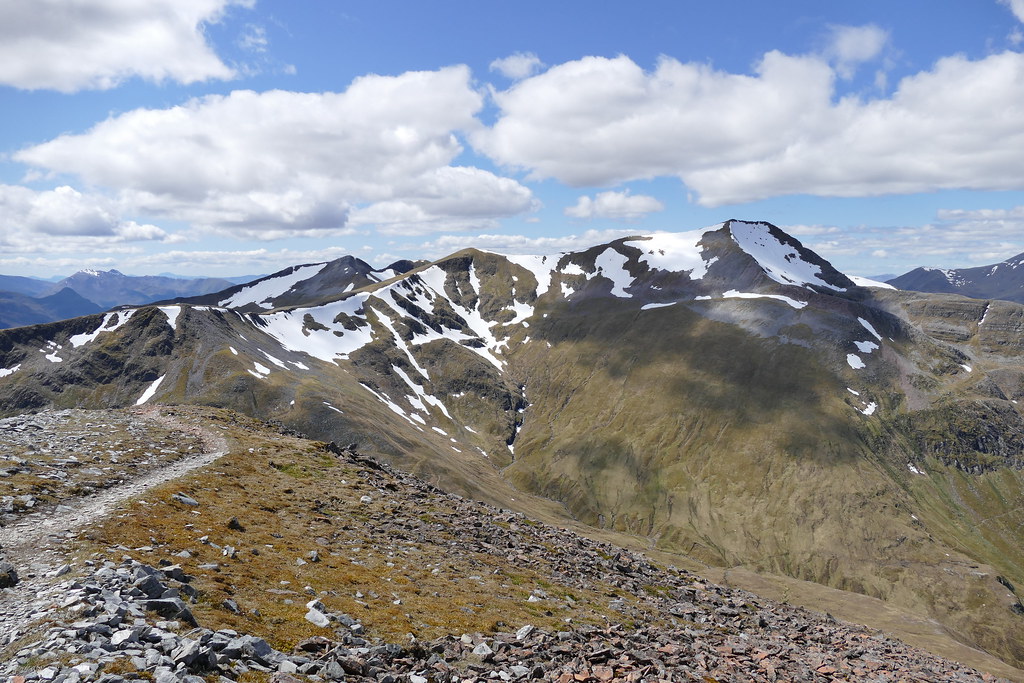 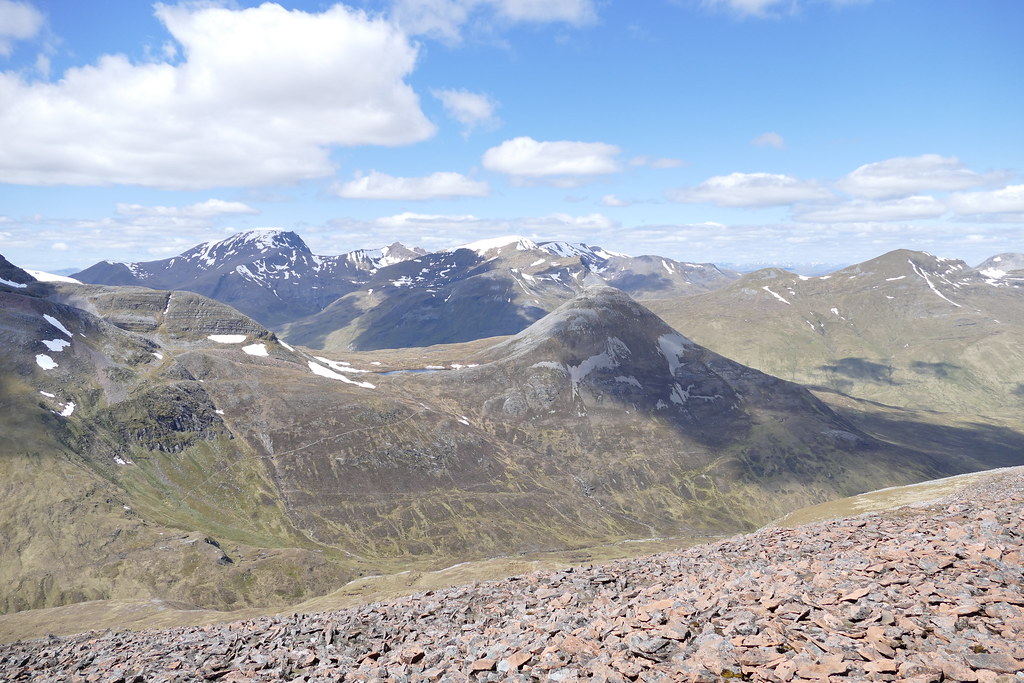 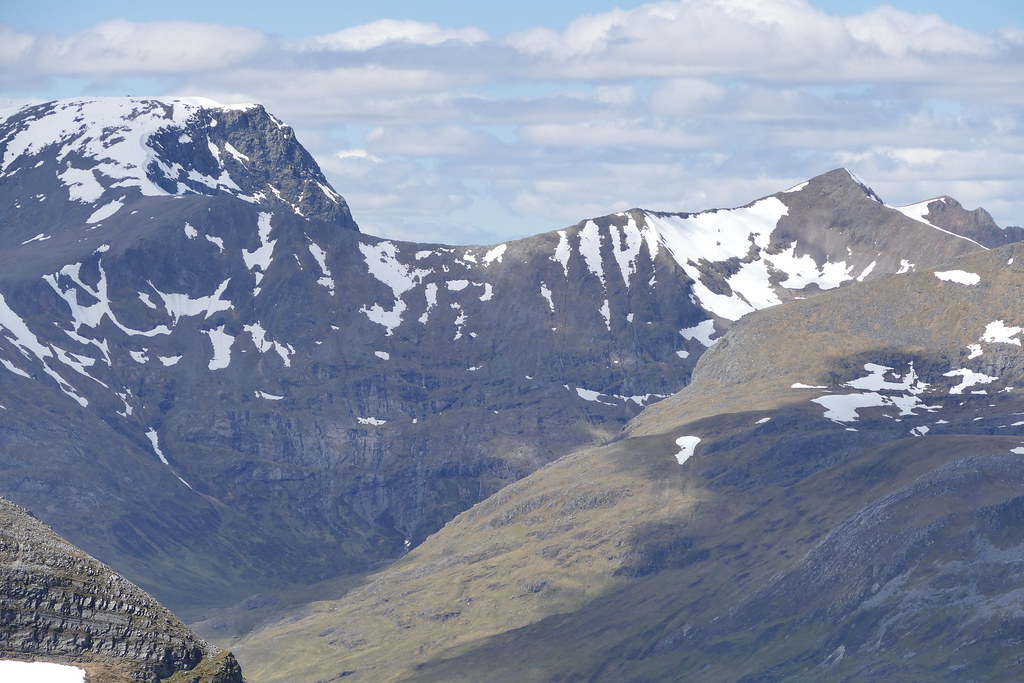 We descended through some scree which was fine (with the walking poles) and were in 2 minds as to whether to head for Binnein Beag (943m) or up to Binnein Mor (1130m). We chose the latter. Not a great idea as there was still snow cornice and we had to cross that to made the ridge. It was tough as even though we aimed for the bit with minimal snow the ground was all wet and saturated and COLD just below - not to mention slippy. We made it and after that it was plain sailing to the top of our second munro Binnein Mor. Again, views to die for.

View back to Sgurr Eilde Mor: 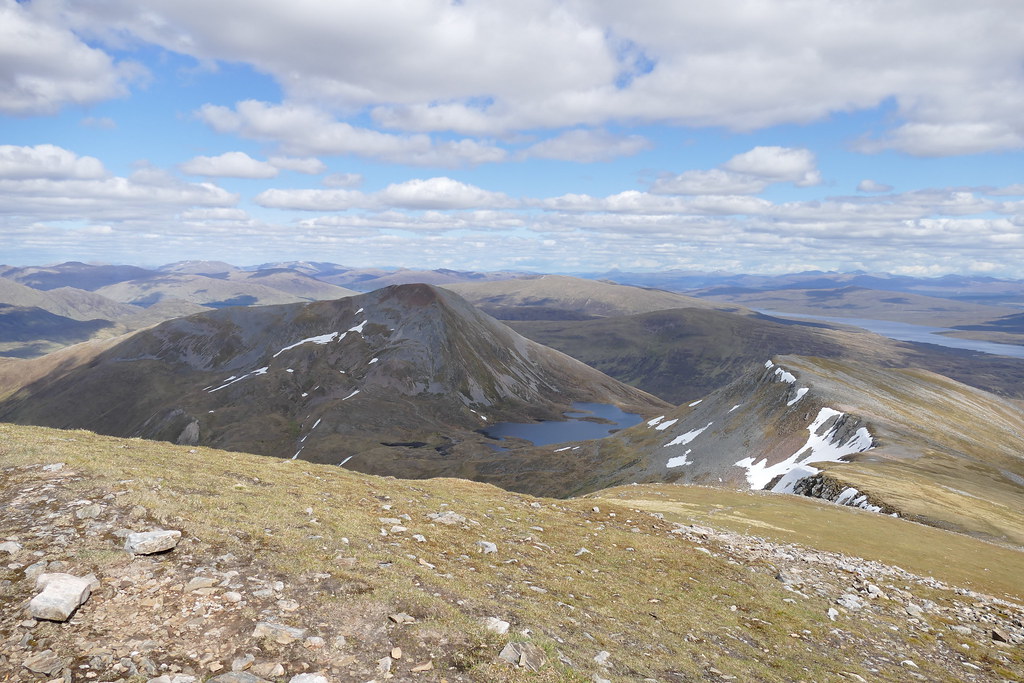 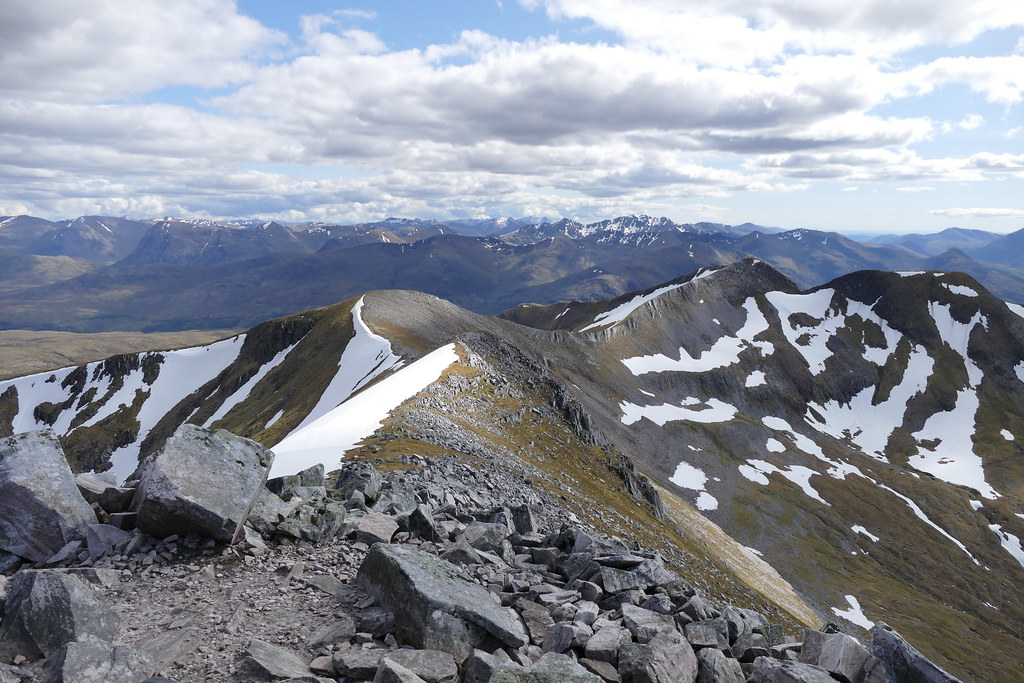 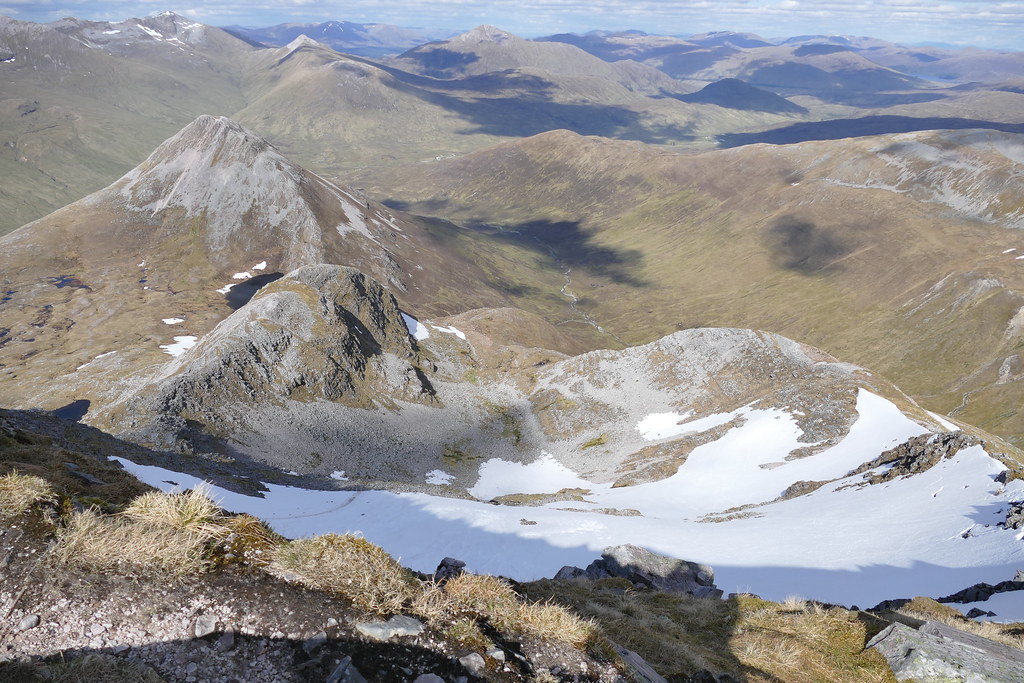 The Ring of Steal from Na Gruagaichen: 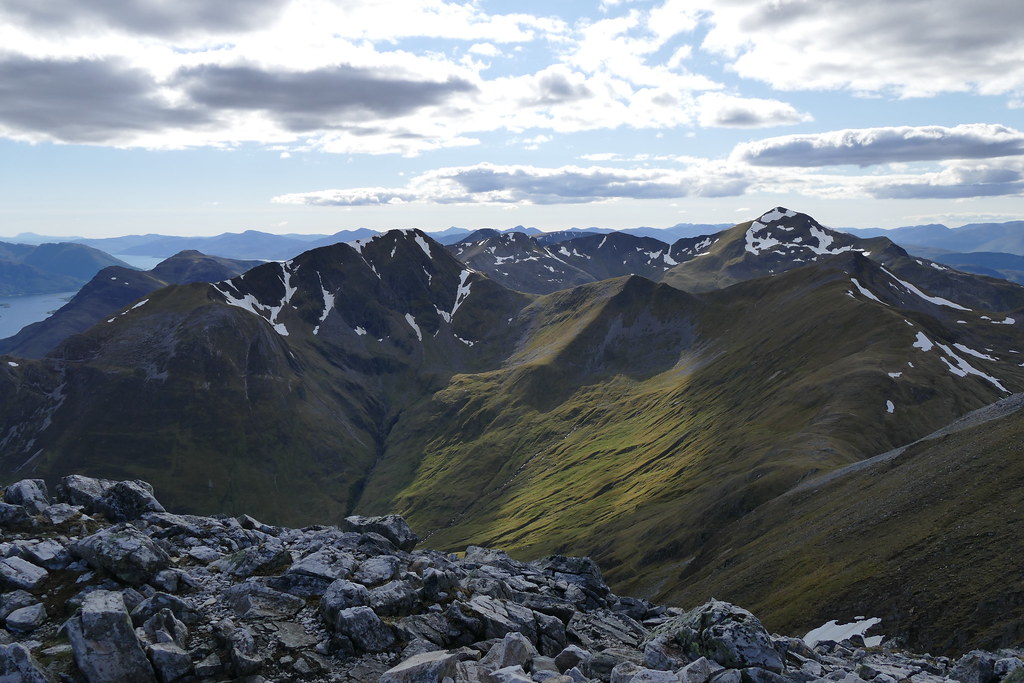 After that, an airy ridge walk, not unlike the Forcan Ridge to the top of our third and final munro of the day - Na Gruagaichen (1056m). Again views to die for, and now some even out to sea. We thought we could see all the way to An Teallach from this top! 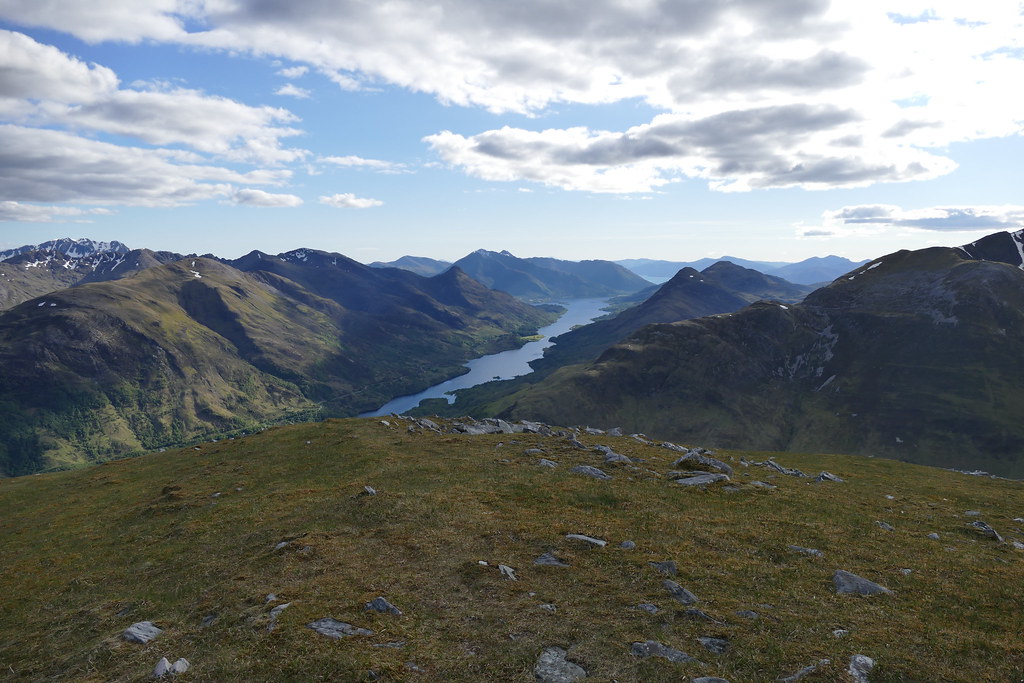 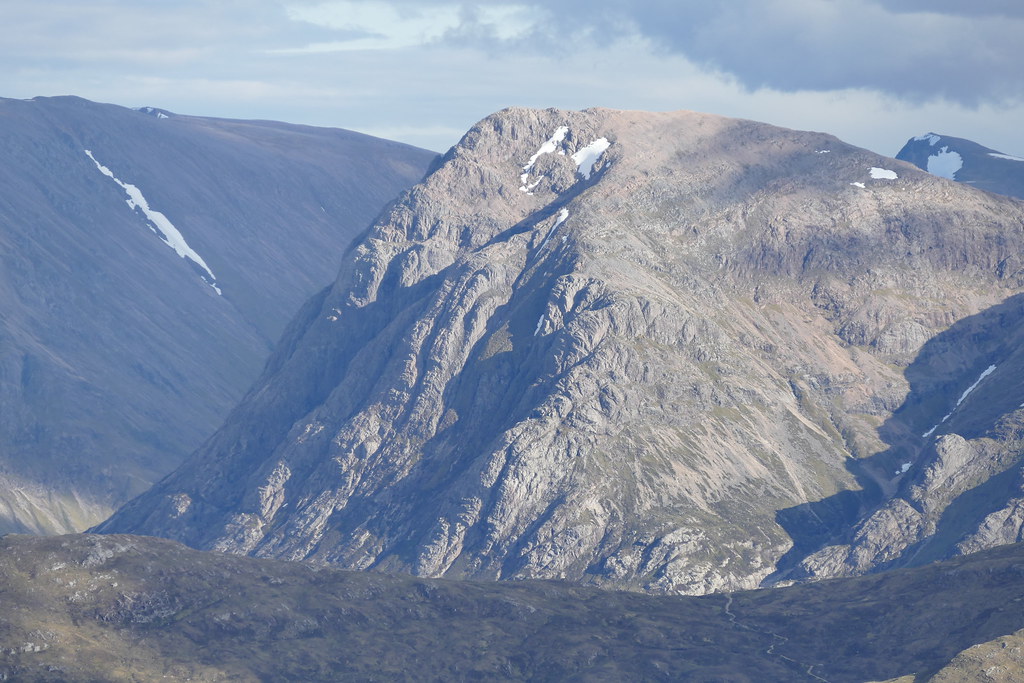 The Ridge we descended with Mamore Lodge to the right: 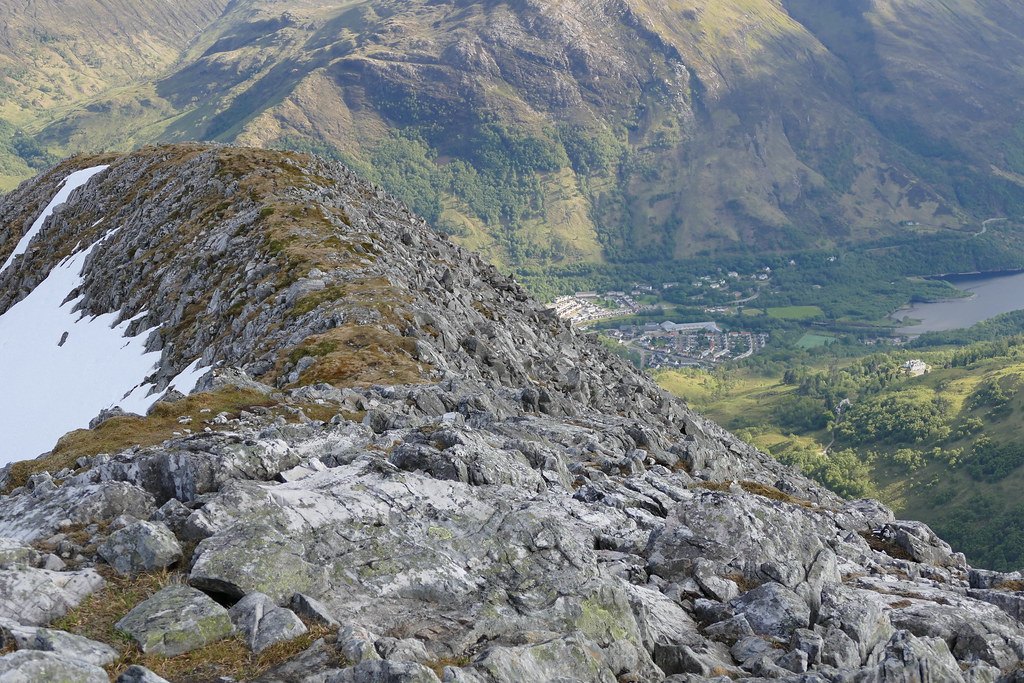 A broad ridge and then the patch disappears, so he headed for Mamore Lodge, where we encountered a deer in the car park! The road down from here heads in the wrong direction so elongates the way, but its all tarmac! We got back to the car around 9:30pm a full 12 hours after starting the walk - glad we didn't add Binnein Beag in now!

I satisfying drive back to Glasgow ensued as we knew we'd just had the perfect walk!