This was the one day between Christmas and New Year when there looked to be a decent weather window and these three Beacons were in my sights. Back in 2012 I climbed Pen y Fan and Corn Du from the Storey Arms. Being a total newcomer to hill walking at the time (and blissfully ignorant of the various peak bagging lists) I completed a circuit of the Neuadd horseshoe (what a fool I was to start from Storey Arms too) but without much attention to any summits (apart from Pen y Fan and Corn Du). Lacking any record of that walk I wanted to repeat Fan y Big and Cribyn to do those summits proper justice and to exorcise some of the demons of 2012 when I descended from my first Beacons walk with very painful legs having bitten off far more than I was able to chew at the time. 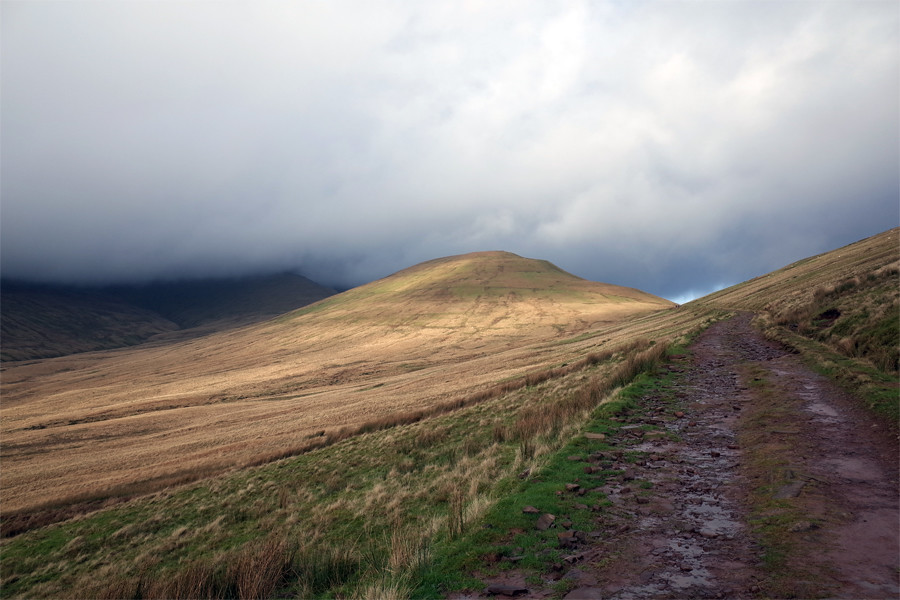 Starting from a nearly full car park at the Neuadd reservoir around 1030 there were plenty of people on the hill. The weather was wet, mild and fairly windy. I quickly reached the col between Cribyn and Fan y Big and zoomed up to the latter to perch on the diving board. The steep descent from Fan y Big was a bit of a mud slide and despite my poles I slipped at one point, painting my blue waterproof a new shade of brown. Standing atop Cribyn I was amazed at how unseasonal the conditions were. Incredibly mild for the time of year. On the radio the following day I heard that Capel Curig in Snowdonia saw more than three times its normal average rainfall this December! 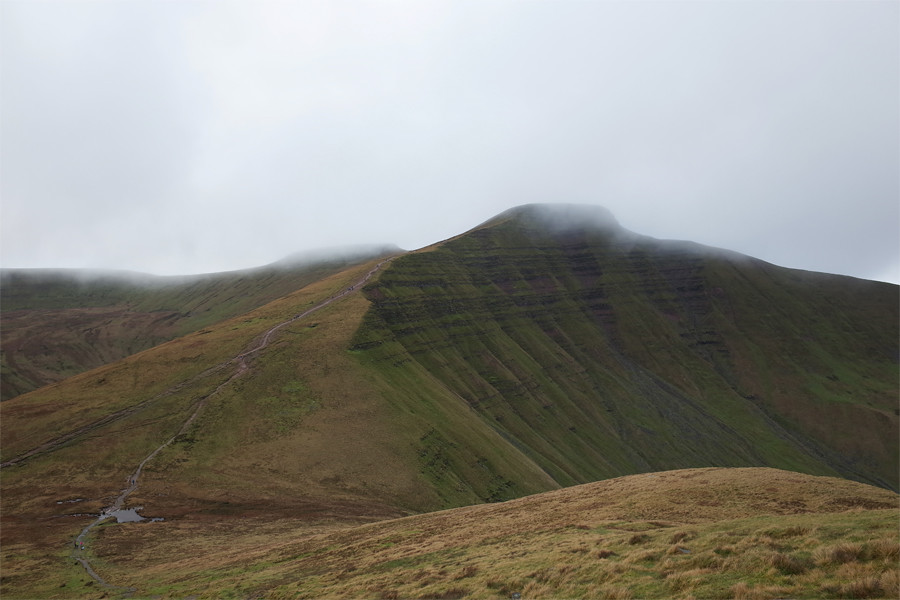 
I managed my first walk of the day in three hours and guessed I had enough time to do Cefn Yr Ystrad in daylight. After a short drive from Neuadd I parked up at the waterworks below Pontiscill reservoir (there is a little lay by with room for a couple of cars). I saw a few walkers coming off the hill and then started my way up around 2pm in much fairer conditions than the morning. The sun was out and the atmosphere was more spring like than deepest, darkest December. Soon reaching rough moorland above the reservoir I realised that it was a long walk to the actual summit. In poor visibility it would be a total nightmare to find the summit of this hill and to safely navigate round all the shake holes. I hadn't expected much from Cefn Yr Ystrad but found it a very pleasant walk in the last light of the day. I was back at the car before dark and then faced a long, tiring drive back to Worcestershire. 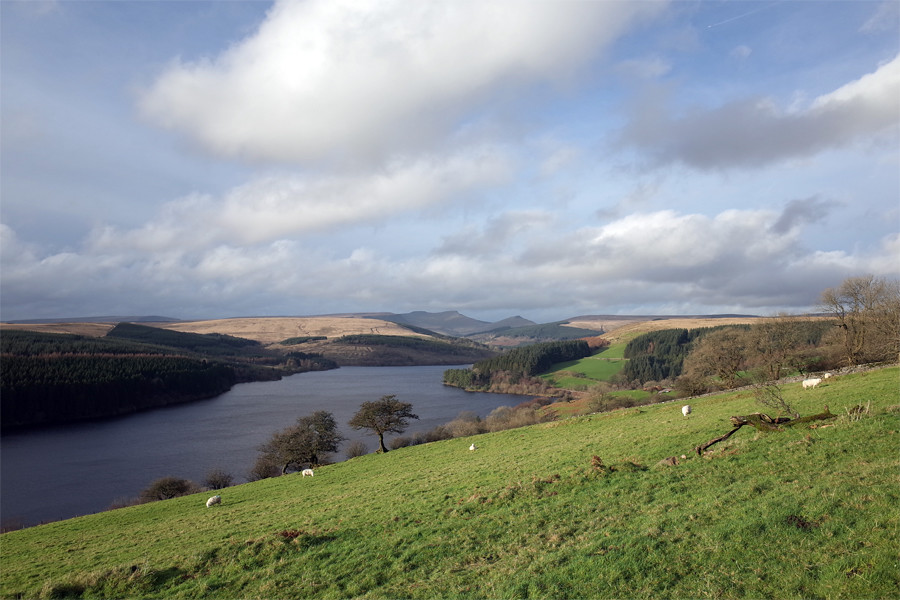 
Since October there's not been any munro action for me but I'm making steady progress through the Welsh hills. A shame the weather has been so poor. I'm sure that like many I am longing for a change in the new year with some colder temperatures and higher pressure. We can live in hope. 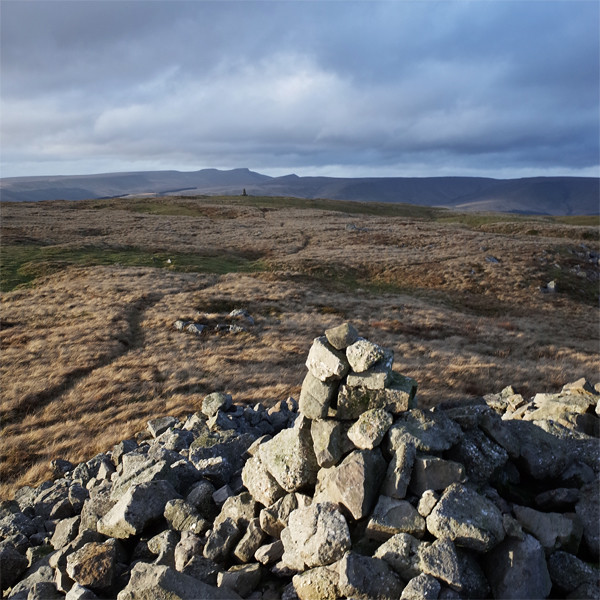 Fanybig.GPX Open full screen  NB: Walkhighlands is not responsible for the accuracy of gpx files in users posts

CefnyrYstrad.GPX Open full screen  NB: Walkhighlands is not responsible for the accuracy of gpx files in users posts

Hey Riverman, you did well to find a day when it wasn't persistently raining

What a horrible winter it's been over there so far. Anyway, this looks a lovely walk the shot of the Beacons from Pontiscill reservoir is beautiful and had me yearning for home

Cheers Chris. How's the winter over in Canada? My neighbours in London have family in Canada (not sure where) and they said the winter's been warm there as well.

Looks like you made the most of the one good day. Particularly like the light in the Cribyn photo. I'm planning to make that our final Brecon Beacons Hewitt and do it on the horseshoe from the Neuadd reservoir.

Briefly had a good view of Cribyn from the slopes of Pen y Fan on New Year's Eve, before the next biblical downpour arrived. I say downpour, but it was more horizontalpour!