Kinnoull Hill & Tower in the snow!

Kinnoull Hill & Tower in the snow!


Choices choices...today's walk was picked because I've seen the tower from the A90 plenty of times, but never been up to it! Since I'm holidaying at home, and the big hills are out of bounds for me as a non-winter big hill walker, it was the perfect time to head up there with two of my three dogs!

I parked up in the South Inch car park, and headed off with the dogs crossing the icy railway bridge that gave nice views across to the other bridges and Perth. 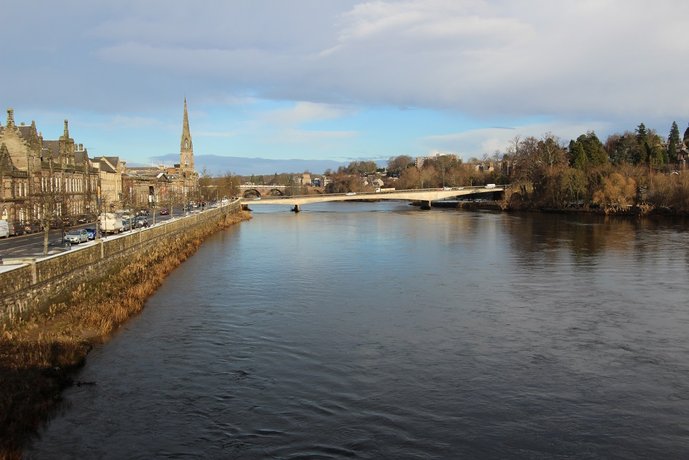 From there it was across the road and heading up towards the gardens, following the WH route instructions. All very simple and the hill was well signposted. Where the path divided with both ways signposted to Kinnoull Hill, I took the route that went around the edge of the cliffs passing a field with ponies in it along the way. 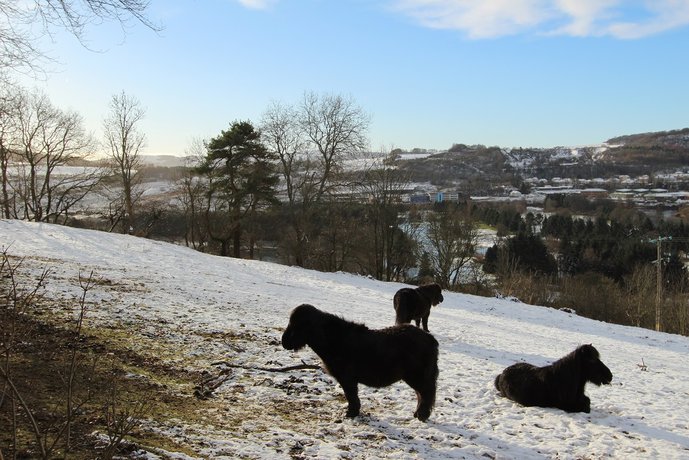 Below, the river snaked it's way towards the sea. 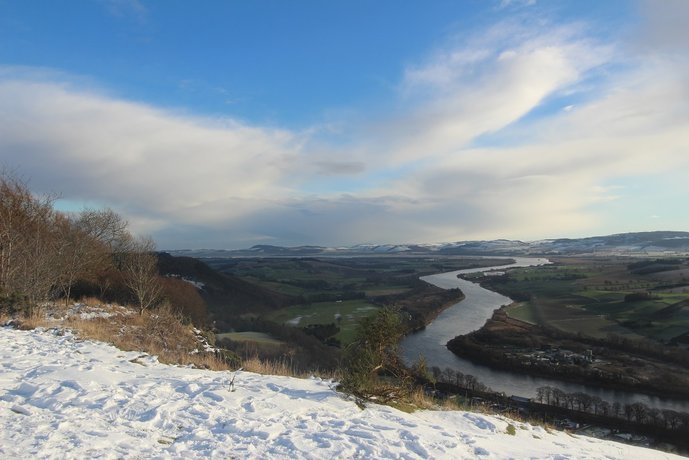 After slipping a bit in the snow, I decided it would be a good chance to try out the walking spikes I got at the beginning of last year but never had the chance to use. They certainly made it a lot easier walking uphill! Of course, I ended up nearly falling over trying to put them on!

We reached the summit and from there we could see snow-covered mountains in the distance, considering it wasn't particularly high, the views were great! 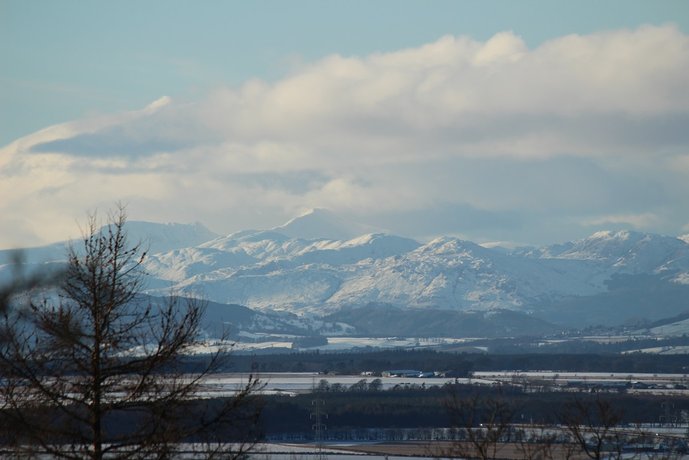 From the summit we then made our way along to the tower, a small "viewpoint" created by a gap in the trees giving a good view of the tower ahead. 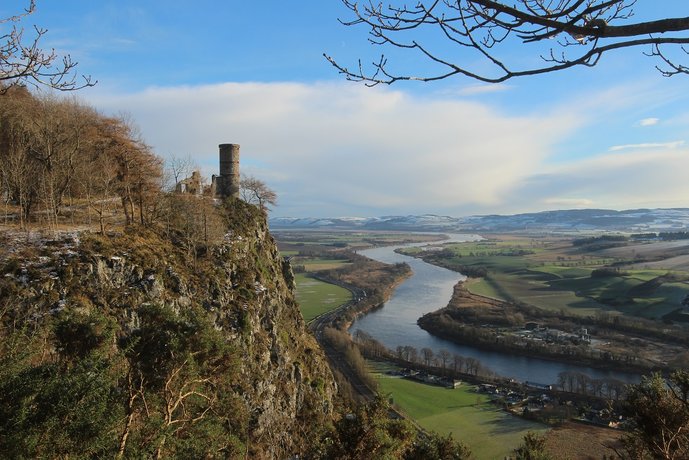 Up close, I definitely think the tower is one of those things best views from a distance though! 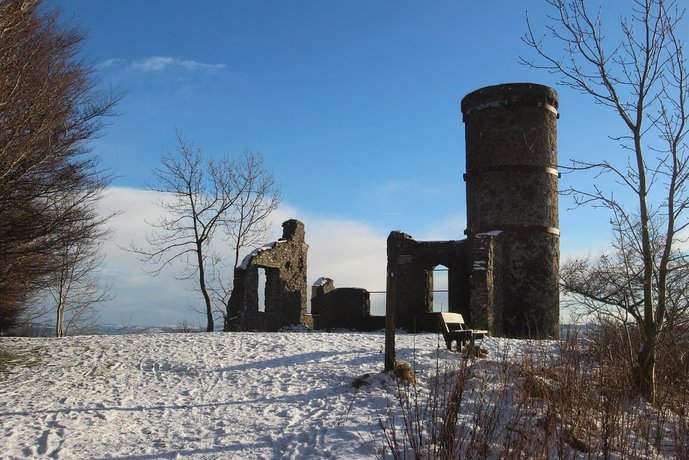 Still, we were enjoying our walk and at this point having reached the summit and the tower, I really didn't have much interest in the WH route and just wandered around the hill. Away from the cliffs the dogs were let of for a run around in the snow. We reached the Jubillee car park and I did consider going across to the other hill for a moment but decided I was quite happy where we were so we headed back into the woods around Kinnoull. Where a sign pointed towards Corsiehill carpark, I went the other way and basically I just kept going whichever way wasn't going to take me down that way and ended up back at the tower, which was fair enough as though I hadn't bothered to check the time I guessed it was time to be starting to make our way back. 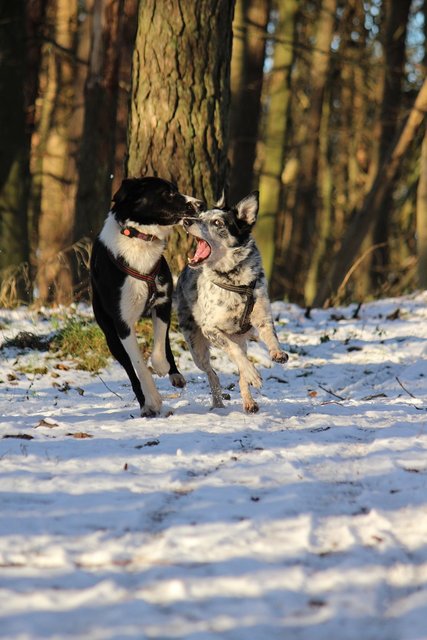 Millie and Moss enjoying themselves!

We weren't in any hurry though, and I took a track that led us away from the cliffs so the dogs could continue to enjoy running around. There were loads of tracks branching off all over the place, so we just enjoyed exploring a bit!

The paths lead us back to the summit, where Moss decided to pose for some photos of her own accord. 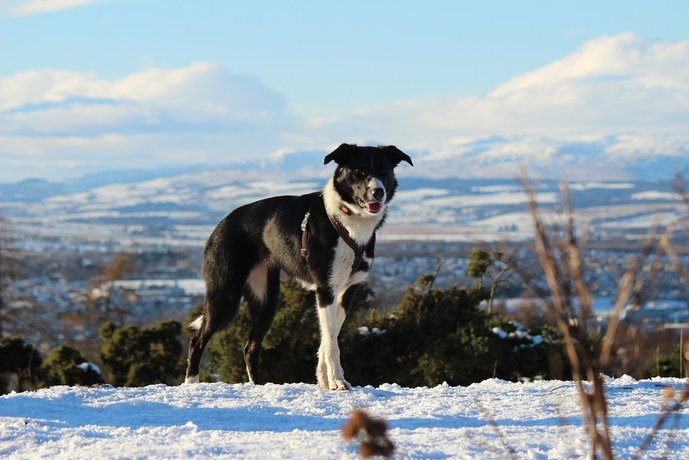 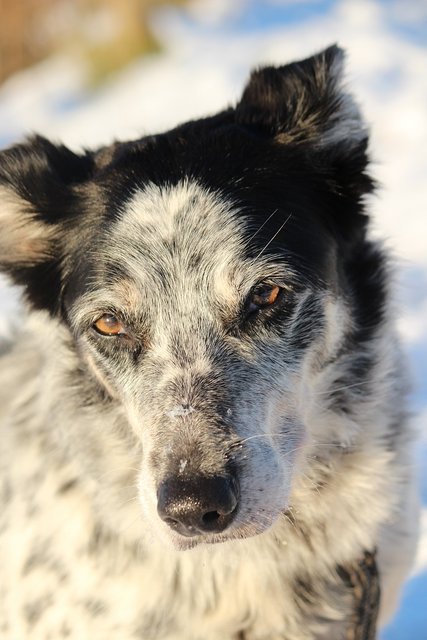 We spent a bit more time at the summit just enjoying the snow and the views. Before I decided it really was time to be starting to make our way back. We meandered on, and fortunately I was paying enough attention that I spotted this fella before Moss did... 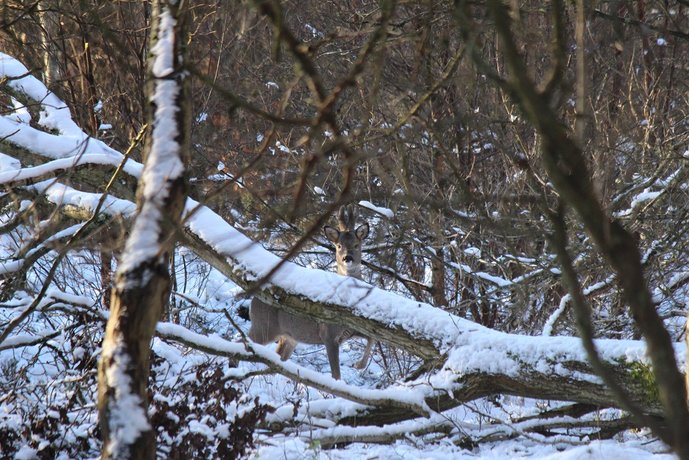 He did catch me by surprise, especially when another dog walker had just passed that way! But the dogs came back without noticing him, despite them being closer to him than I was, and never even knew he was there until we passed the spot he had been standing and Moss obviously picked up his scent. But when called she came along, though it had obviously spiked her interest and she went along finding all kinds of interesting things to smell. Millie couldn't care less, deer have taken us by surprise several times and she just ignores them. But it just goes to show how wild animals can catch you out at times!

The rest of the walk went without seeing anything else, and we made our way back to the carpark crossing the river by Perth Bridge rather than the slippery railway bridge. When I checked my parking ticket, I realised we'd been out around 3 1/2 hours. It really didn't feel that long at all!

Re: Kinnoull Hill & Tower in the snow!