Ben Chonzie in the cold

Ben Chonzie in the cold


after all the rubbish weather we have been having rory and myself decided to get the winter gear on and attemp0t a couple of hills on wednesday as this seemed to be the best day, and it seems to have worked out!
As we have red this is a short hill with no steep climbs so took advantage of not having to get u0p really early before a walk which is a novelty.
We left glasgow at about 0830 and made our way to the 'car park' in Invergeldie which is well signed.
Quick cup of tea and a chat with another couple that turned up whilst we were getting our gear on, and we were off.
Its an easy walk in to the start of the hill, just a wide farm road which goes about 3/4 of the way up the hill, we were tempted to take the 4x4 up to the top but there were a few locked gates.......
we came off the farm track a little bit too early, there is a small carn before you get to the wide ridge, we came off here and took a more direct route rather than walk the long way right round a longer track to the ridge. the snow was not that deep and we were mostly walking on heather and stone.
Once on the ridge we just followed the metal fence all the way to the large cairn on the top.
It was COLD on the top, we didnt get much wind all the way up as we were sheltered, it was predicted as -4 deg C on the top and it must have been at least that. Rory found out the hard way - dont take your gloves off at the top! it took him about half an hour to get feeling back in his fingers. we stopped in behind the big cairn for soup coffee couscous and rolls before taking the mandatory photos, sticking on extra layers and plod our way back down the hill. This didnt take long and stuck to the quad bike track to the main farmers track. Easy hill with some nice views in the winter. And saw a couple of white hares which is always nice 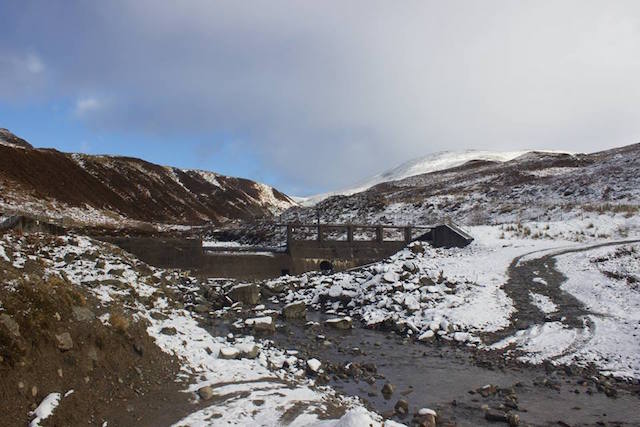 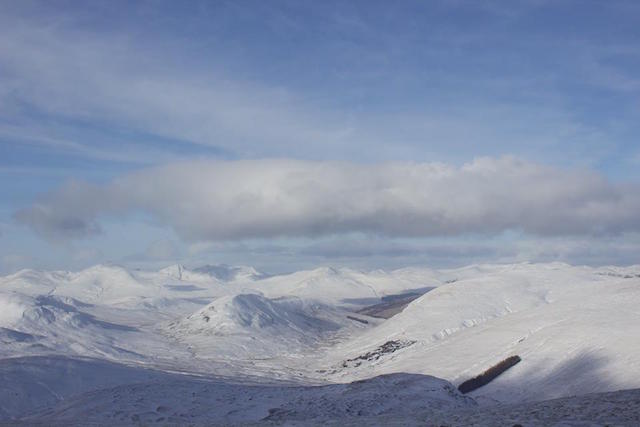 Re: Ben Chonzie in the cold

At least you got out, and in some of the white stuff as well - though shockingly little, really.

Some nice pics there. My feet are itching!

Re: Ben Chonzie in the cold