After two years without a whole week off work, I finally took a full week's holiday this week. By sheer coincidence, we've been lucky enough to have a few days of sunshine this week, so on Tuesday I took the chance to partake of a rare winter hillwalk in the Campsies. I have vowed to avoid snowy climbs forever more after a horrendously frightening experience on The Brack in 2013

so by choosing Meikle Bin I managed to get some training in for the spring/summer to come whilst avoiding the snow. The colours were remarkable all afternoon - almost autumnal - and the views from the summit were some of the best I've ever seen. 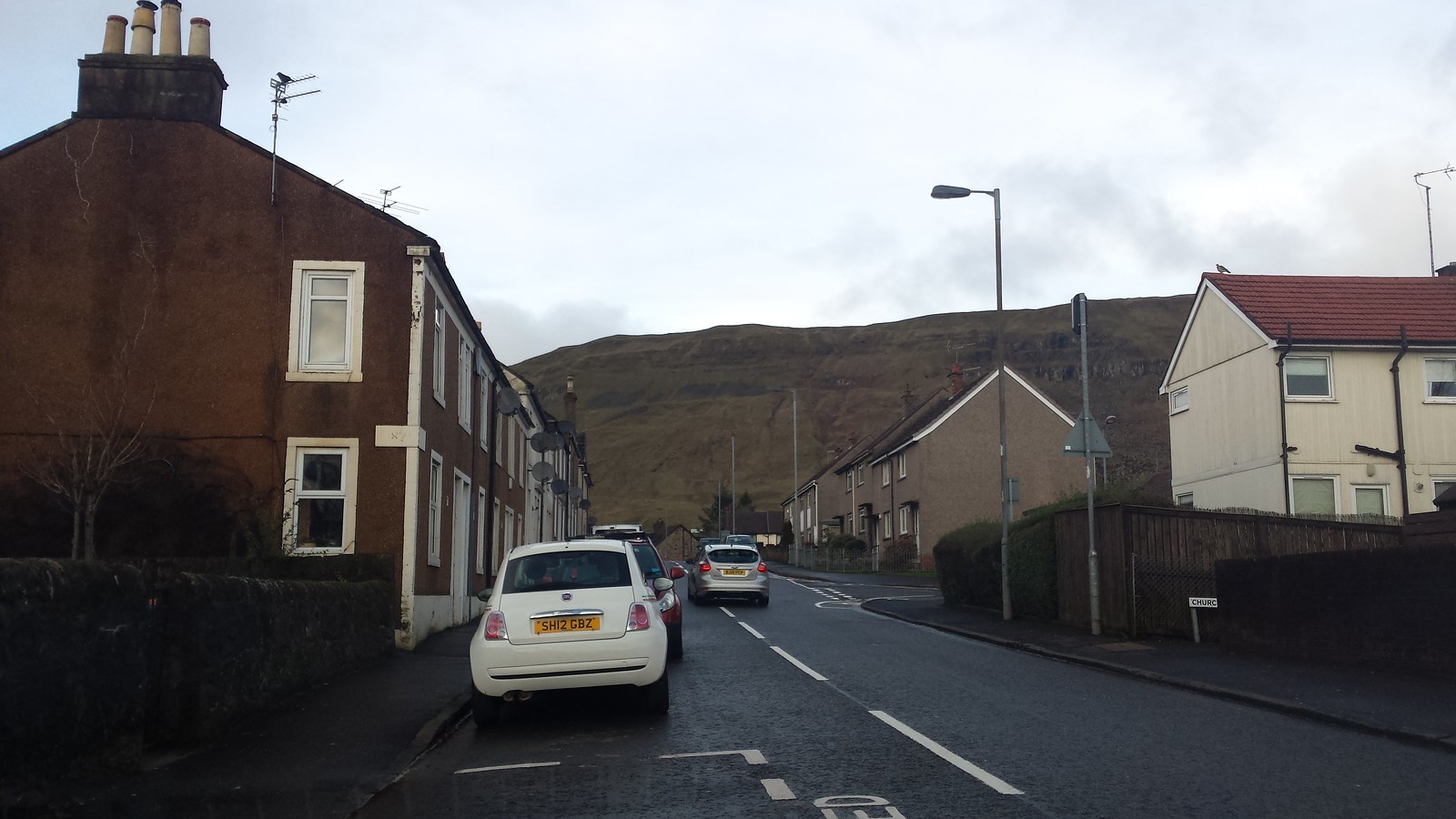 Leaving Lennoxtown by Crow Road with the Campsies ahead. 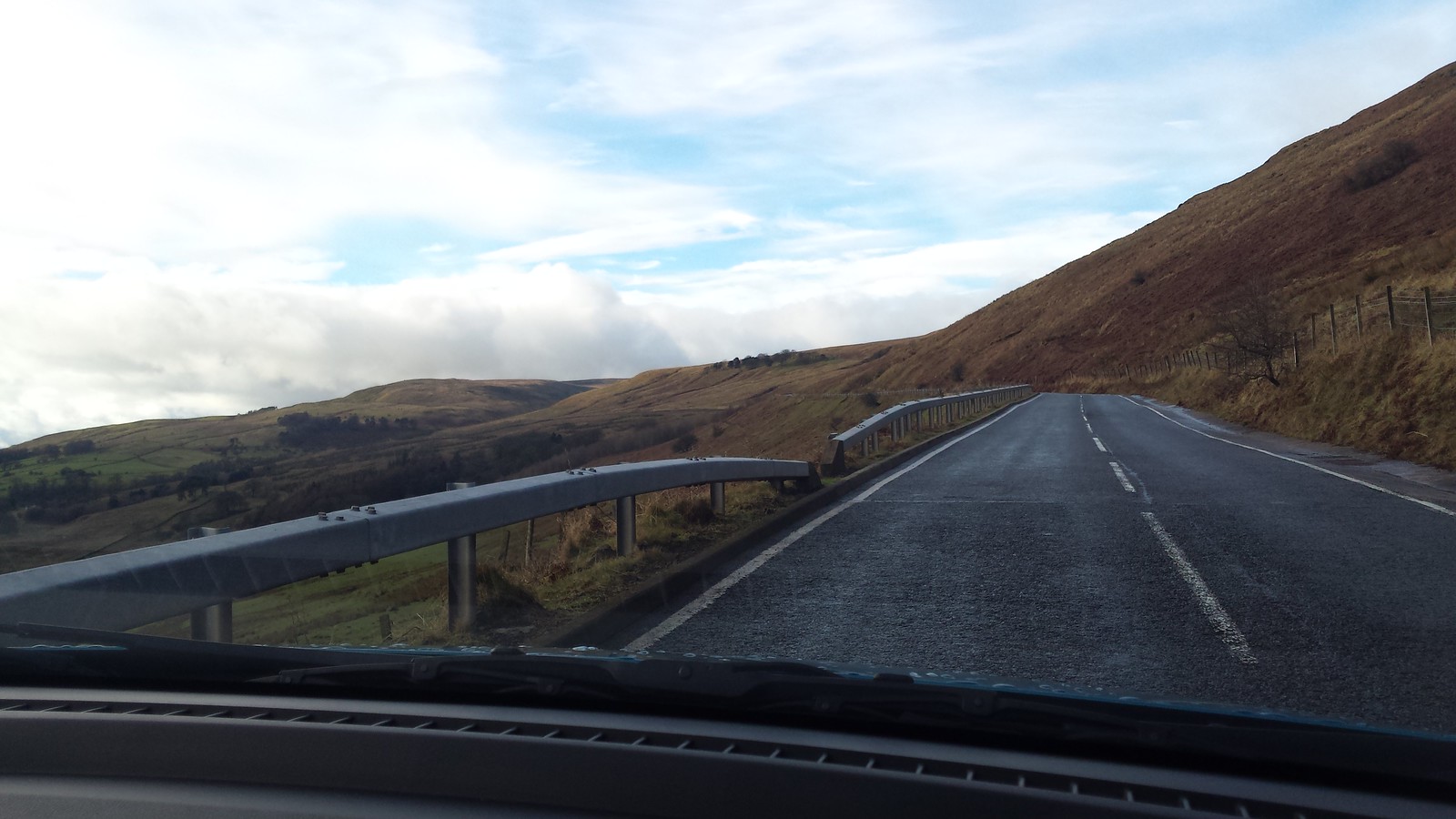 Climbing by Crow Road towards the car park overlooking the Central Belt. 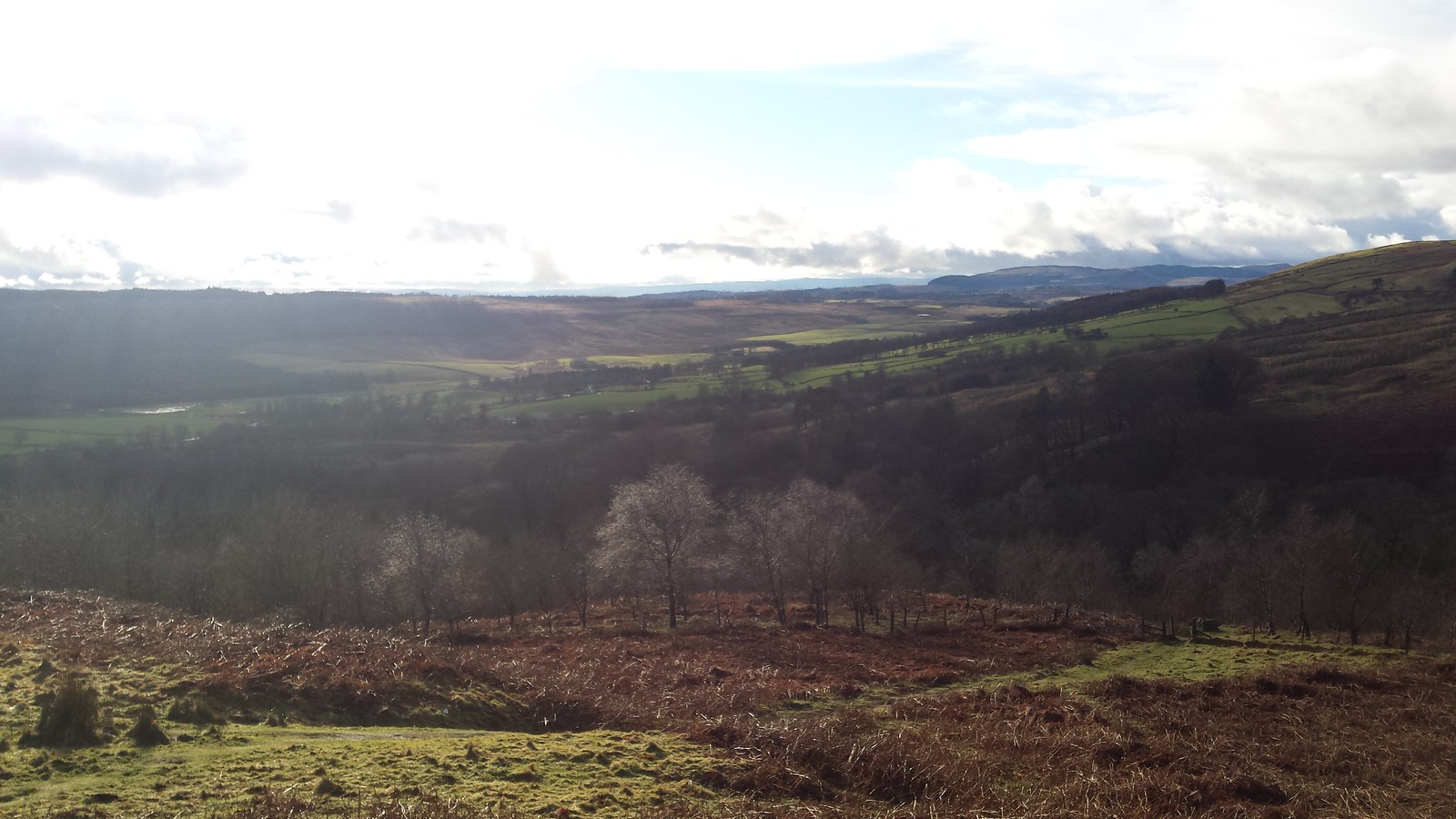 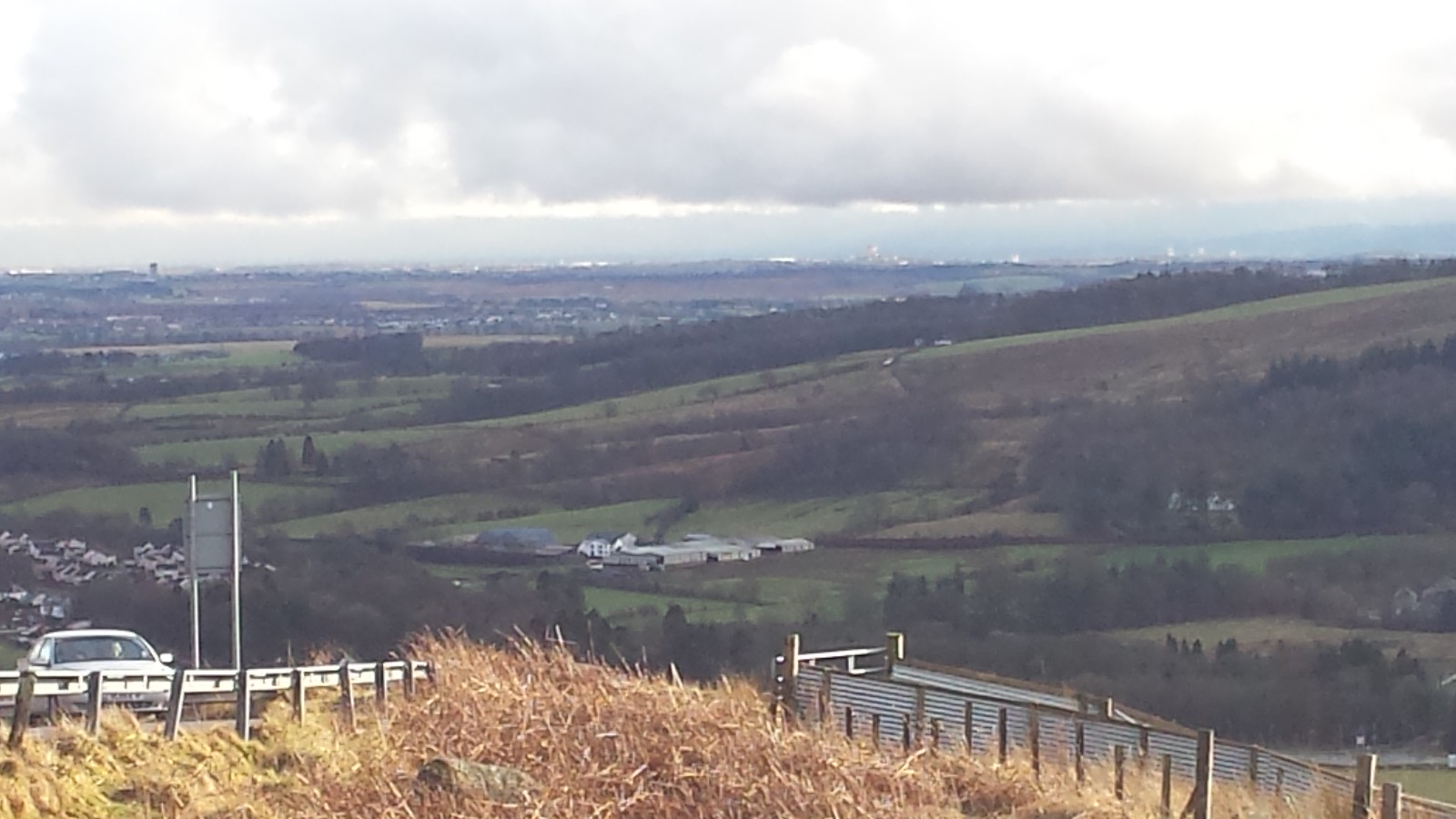 The view from the Crow Road car park wasn't quite as expansive as I imagined, but Lanarkshire was visible over to the South-East. 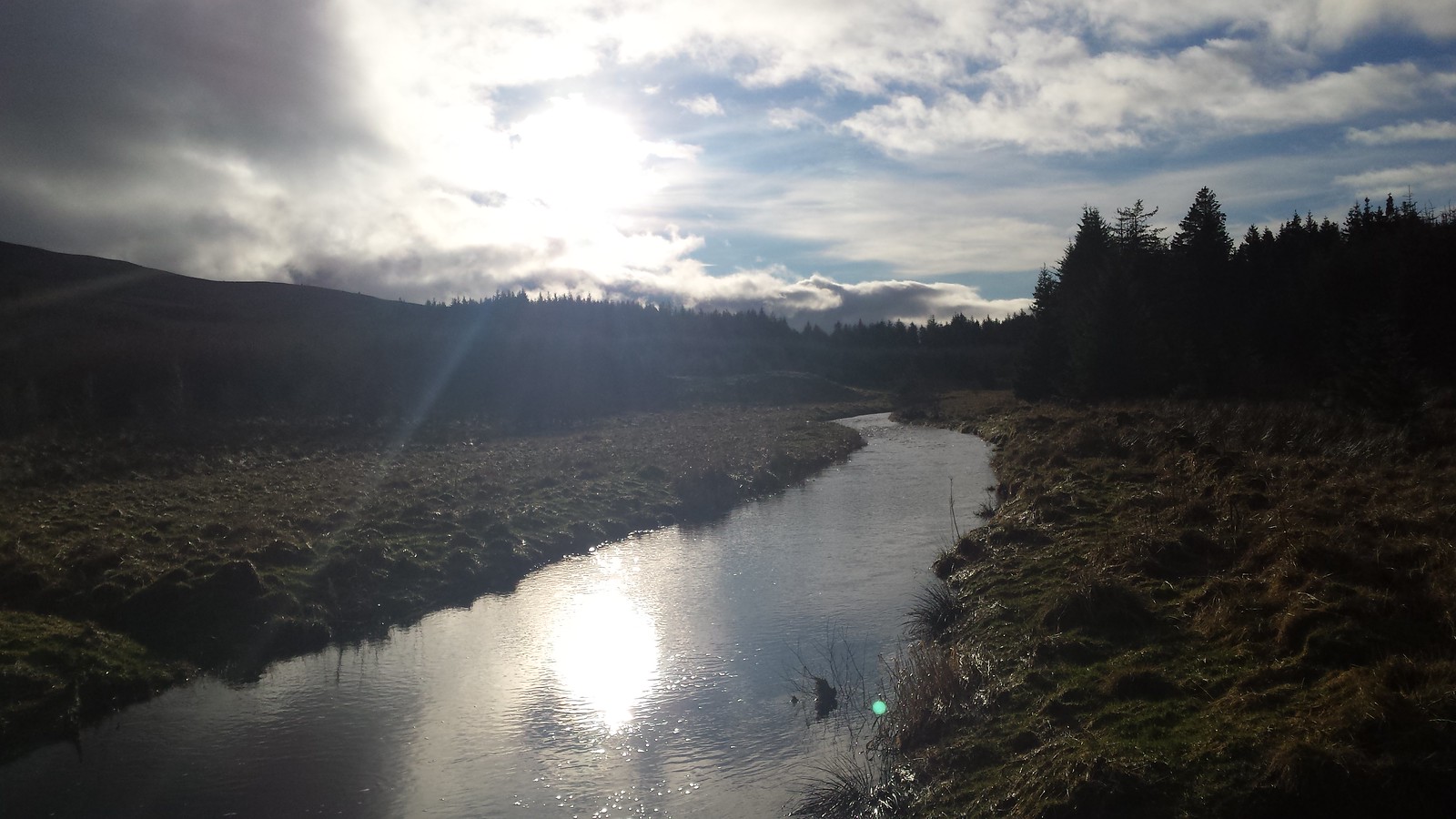 After parking at the car park just before the Carron Valley Reservoir, I followed the waymarked route through a series of foresty roads towards the conical base of Meikle Bin itself. 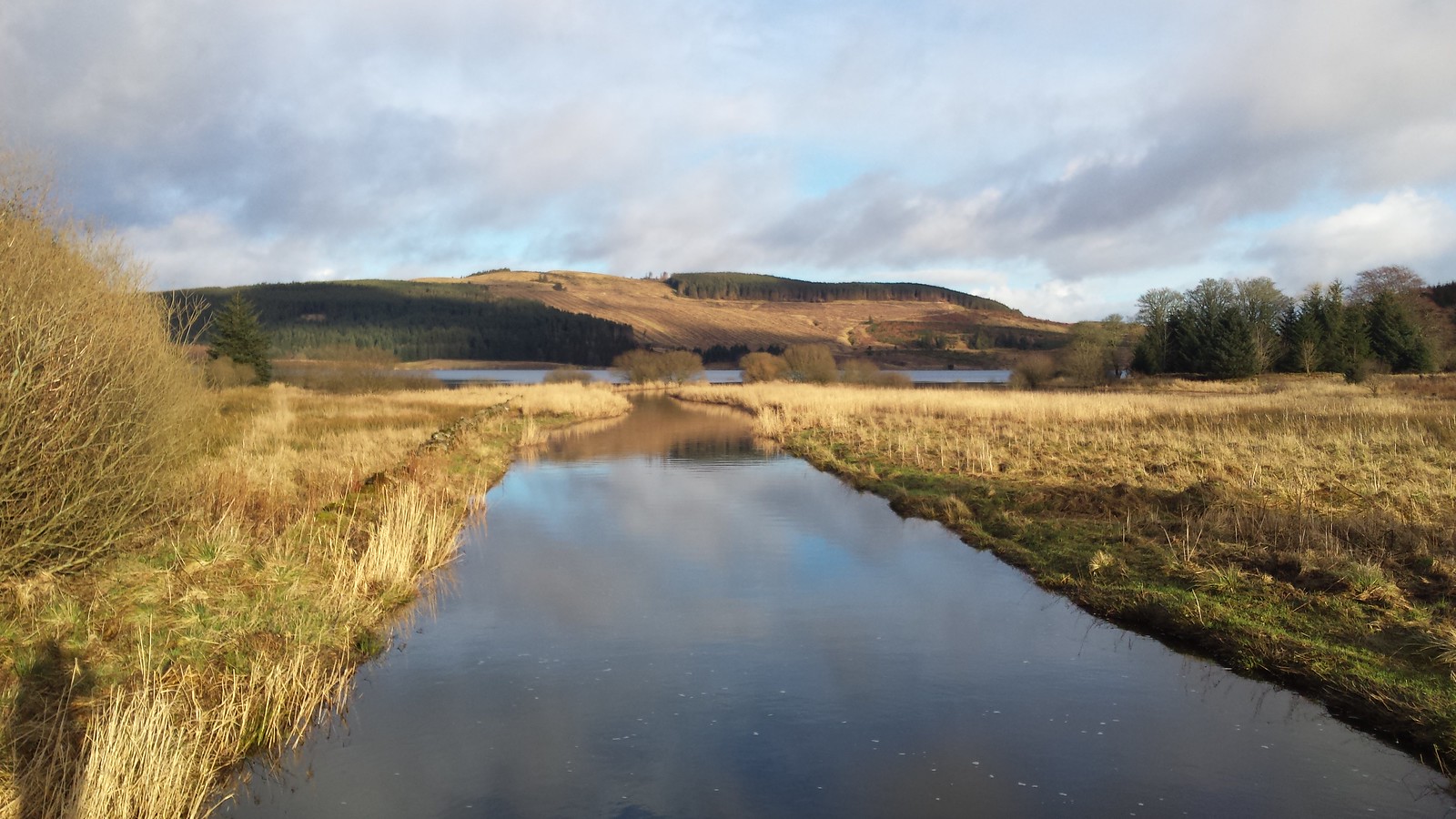 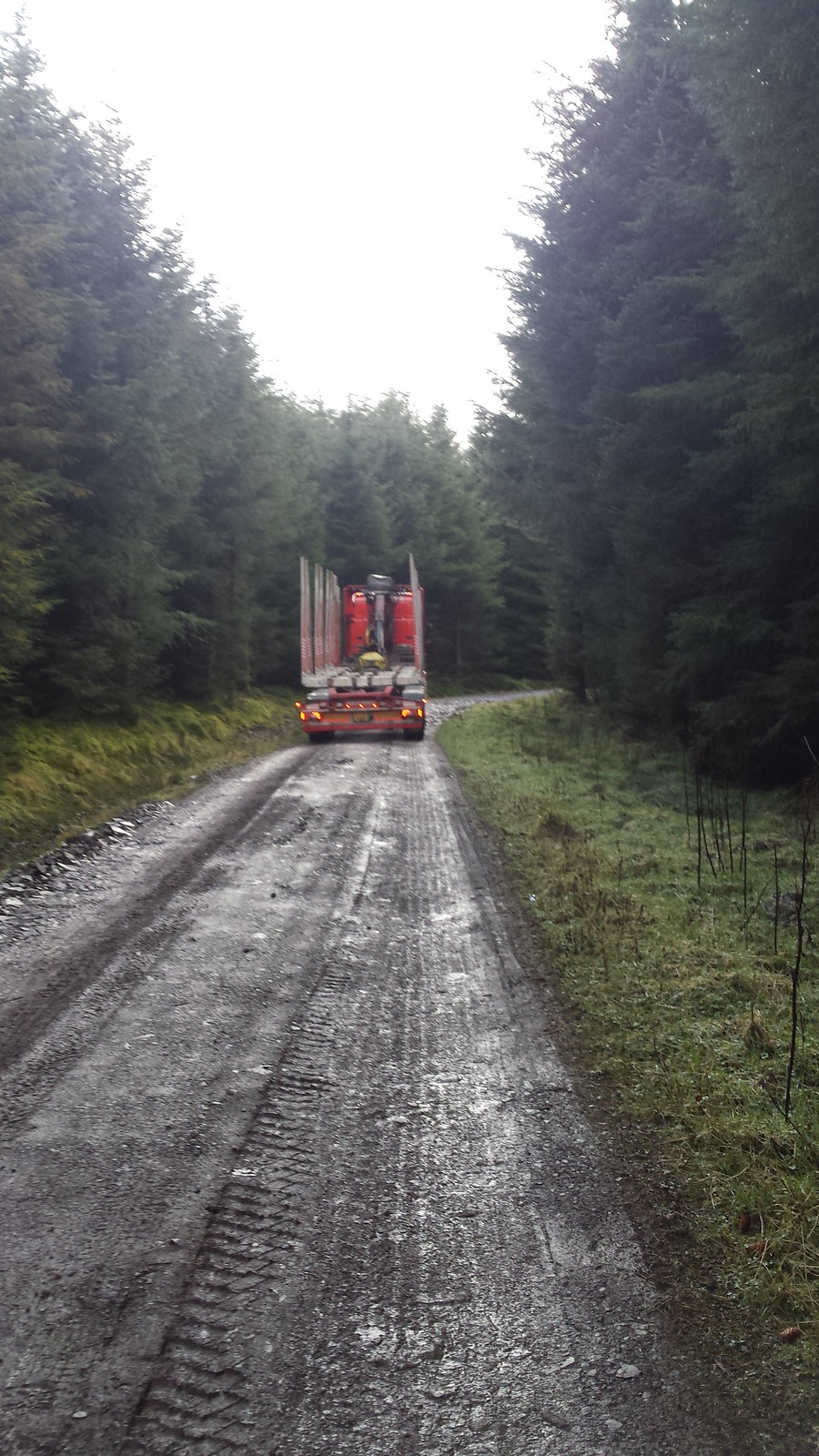 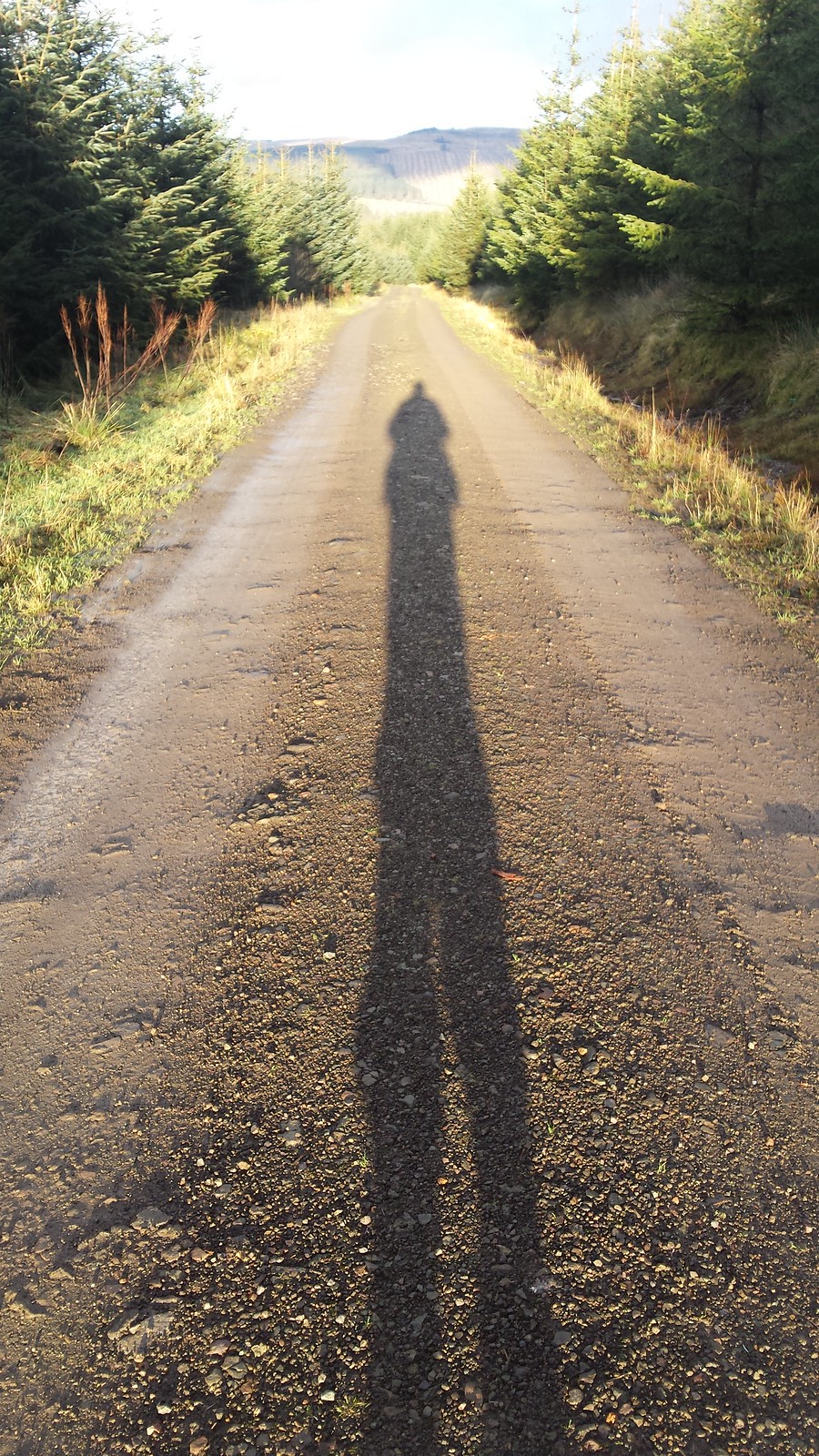 It was VERY late in the afternoon. 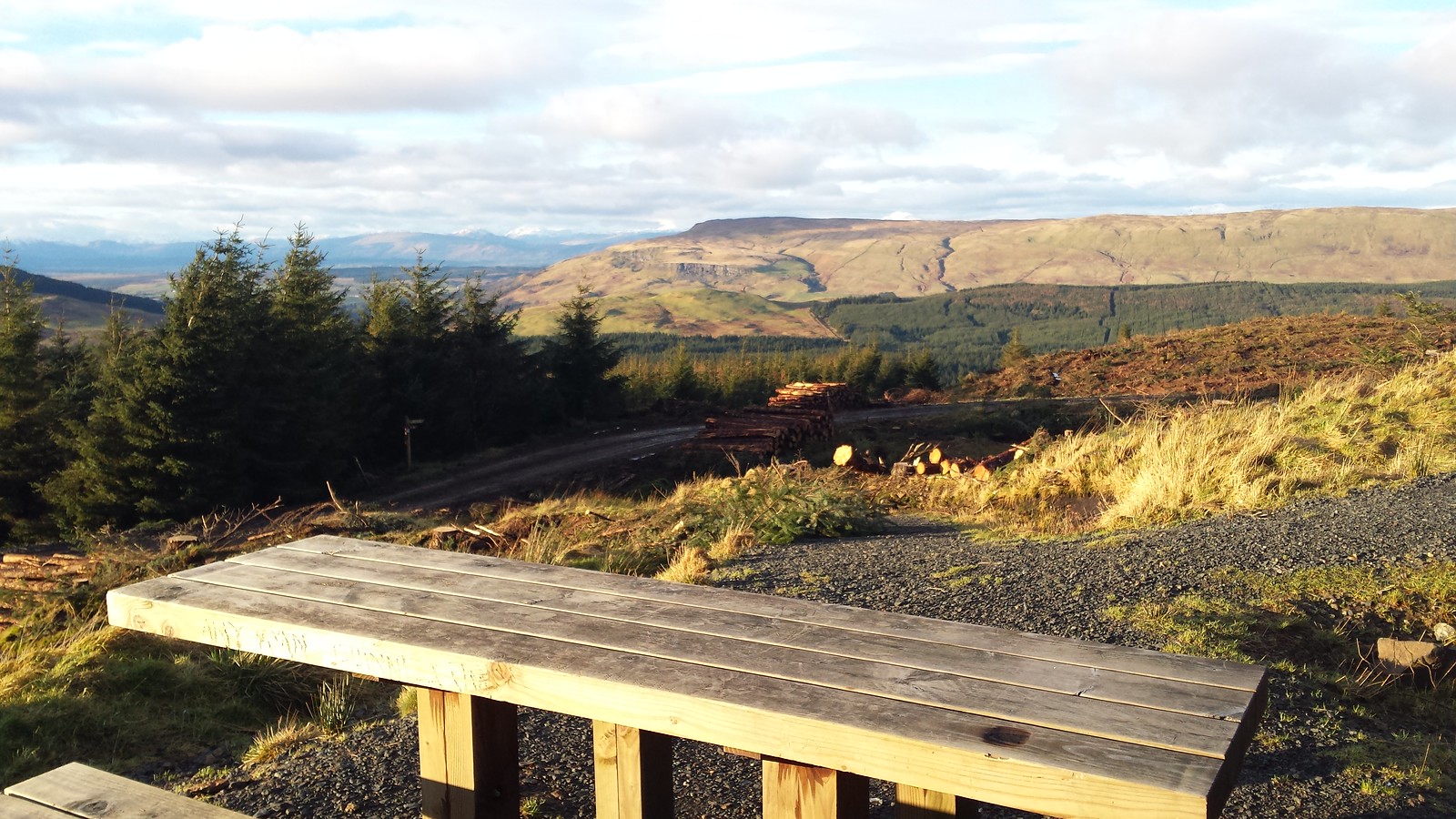 After about 50 minutes, I arrived at the bench near the end of the foresty roads, having climbed to just 400m. 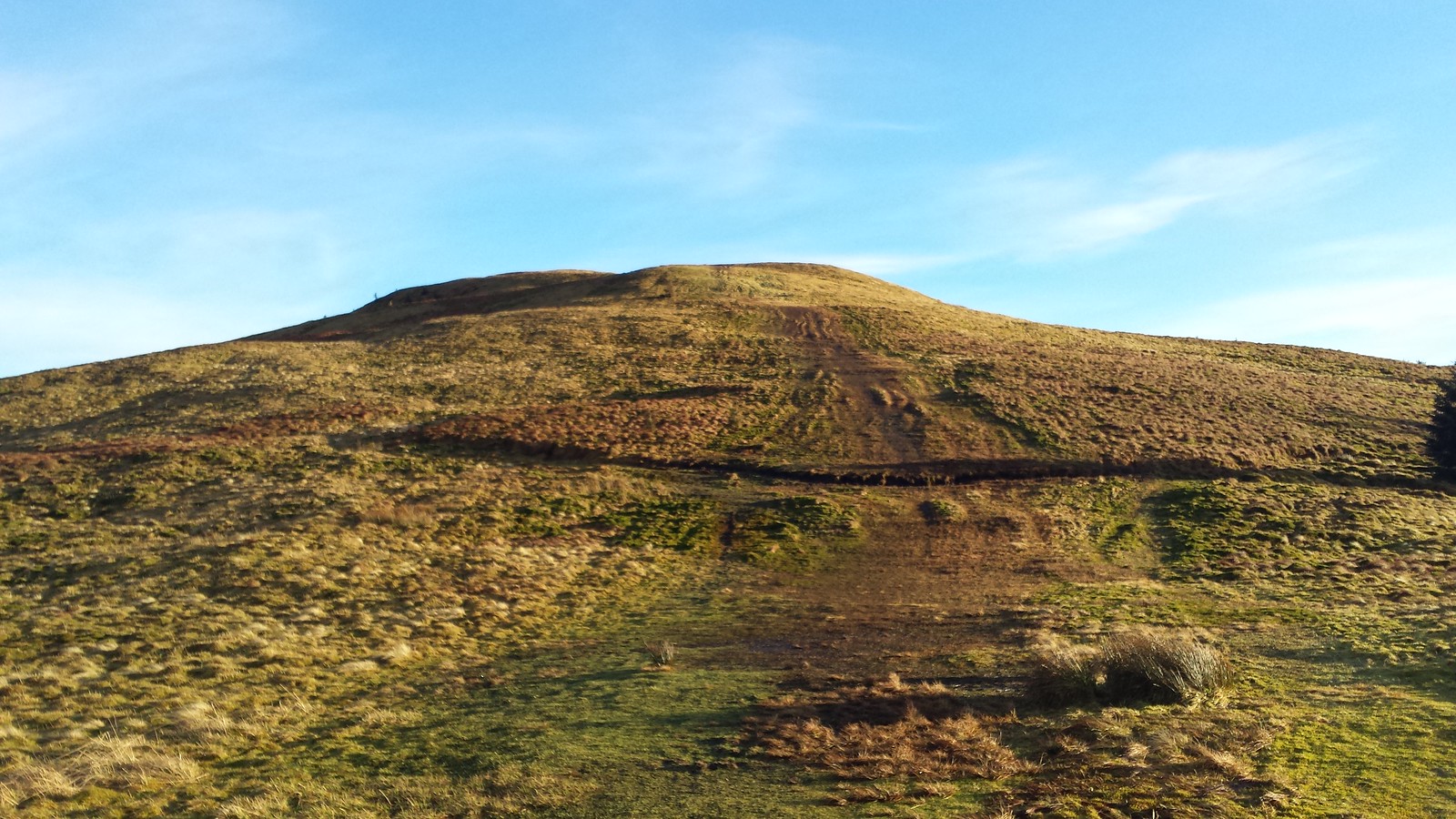 The final 165m to the summit was much steeper, on a muddy but reasonably clear path right up the central spine of the hill. 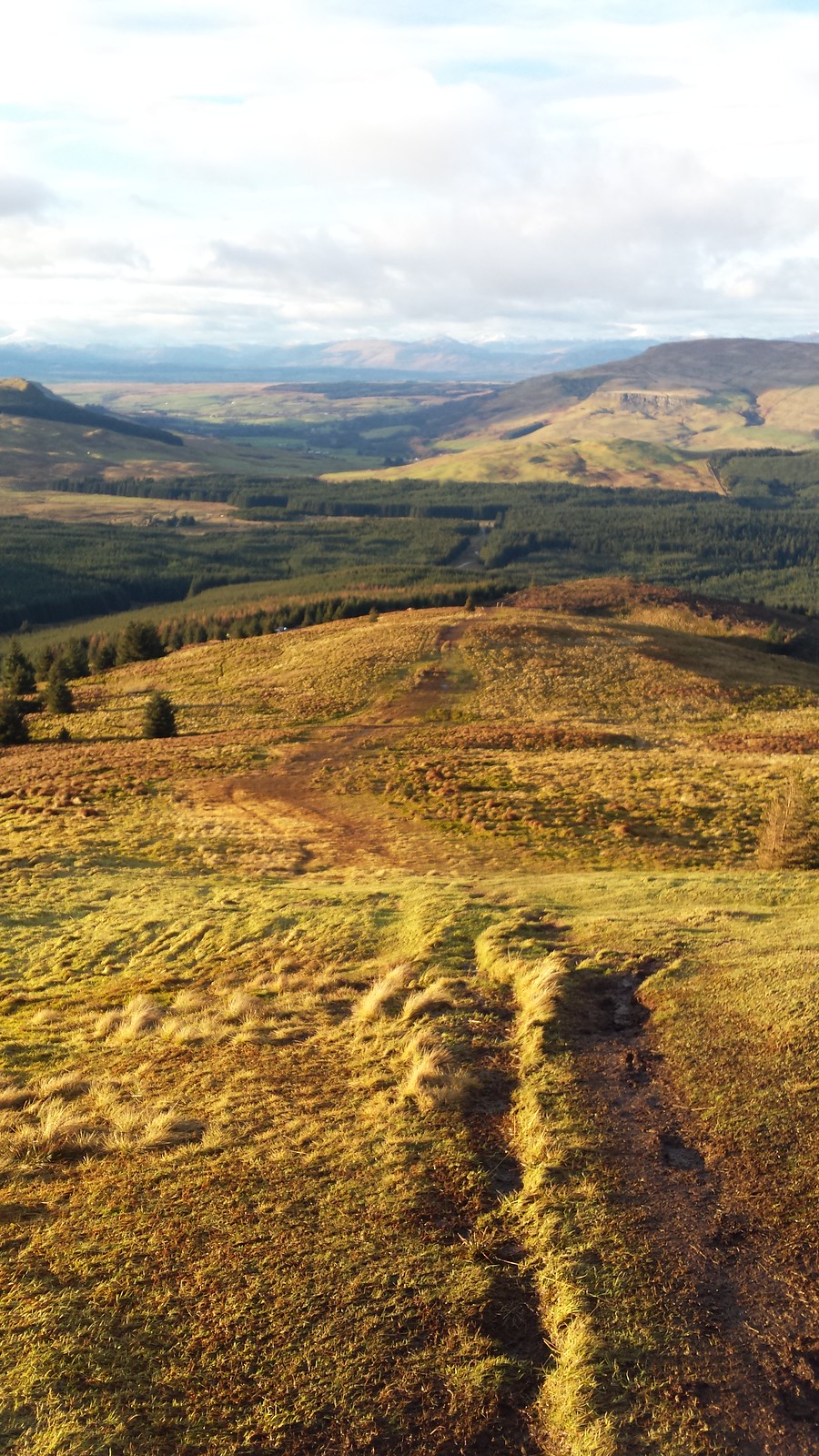 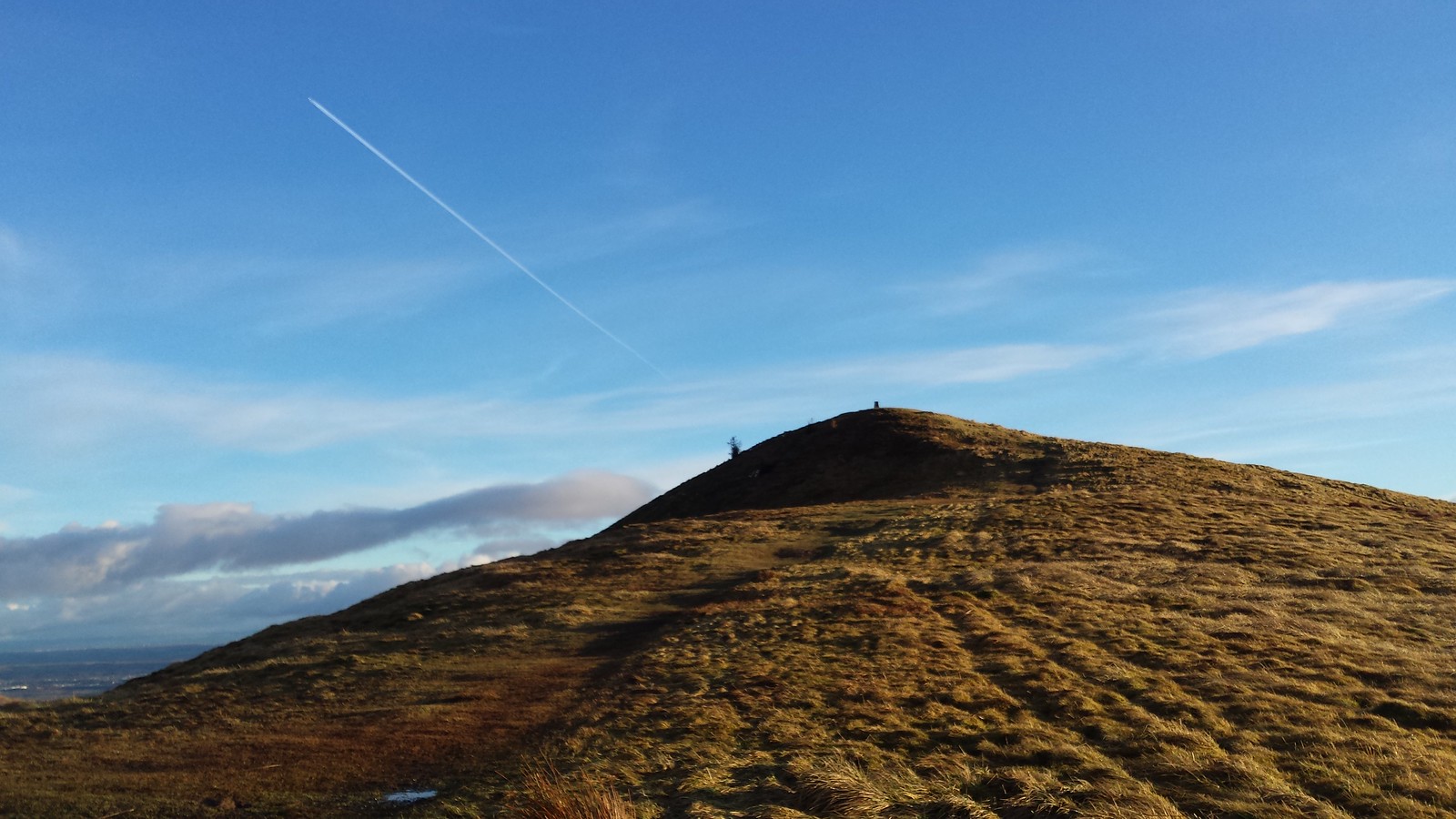 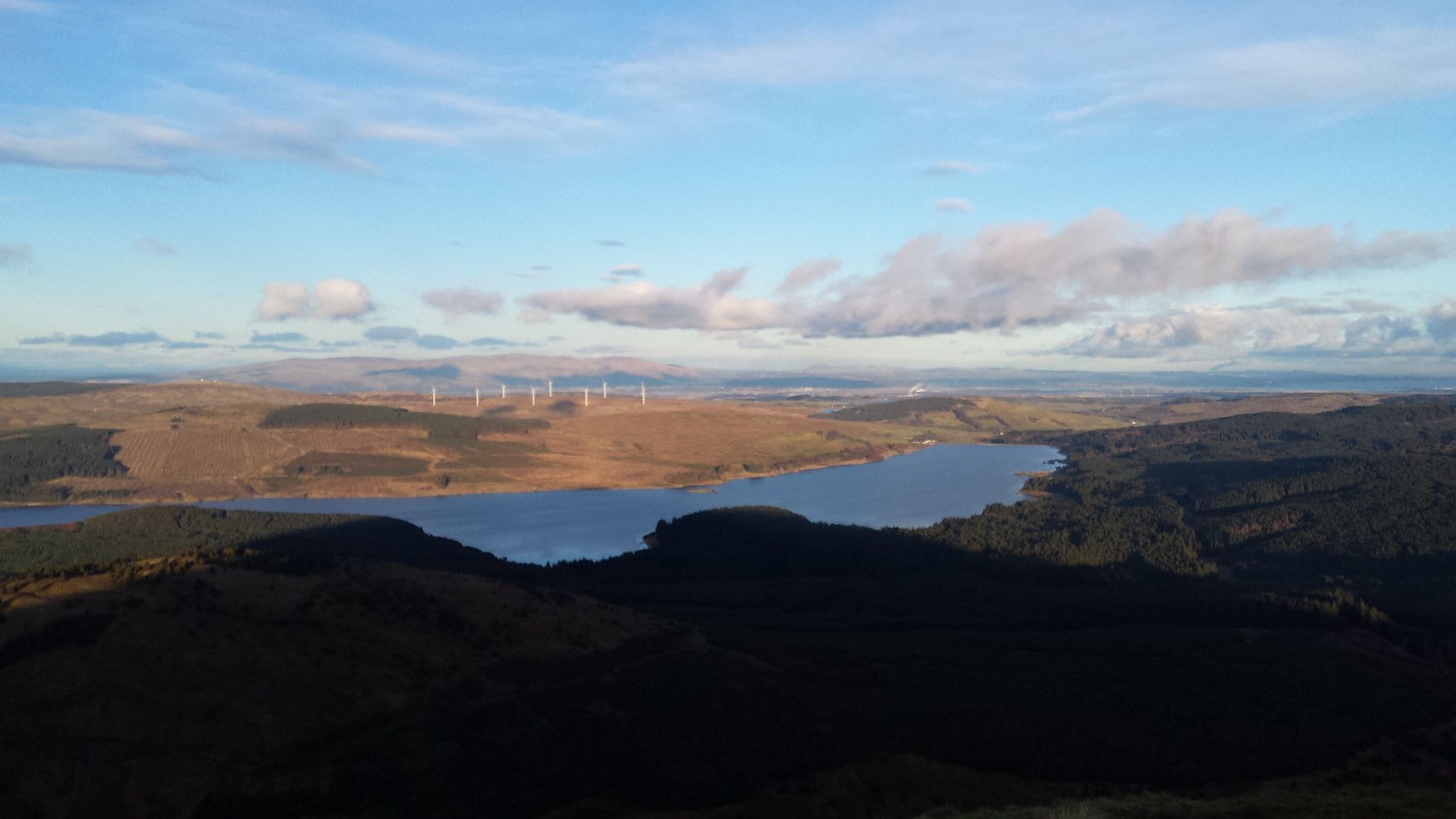 The view from the summit was amazing in all directions. The Carron Valley Reservoir lay to the North. 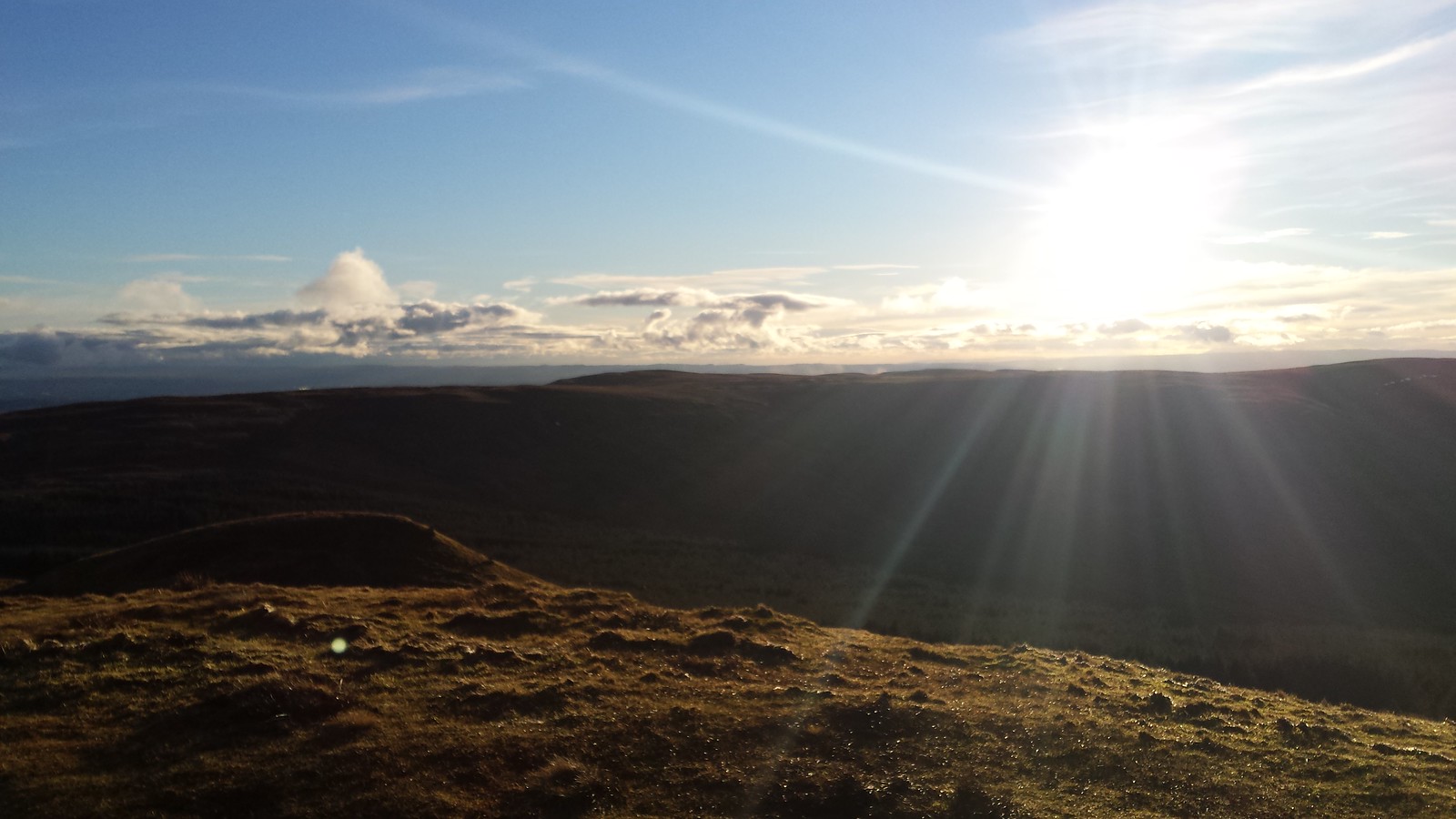 Cort-ma-law was just hiding Glasgow to the South. 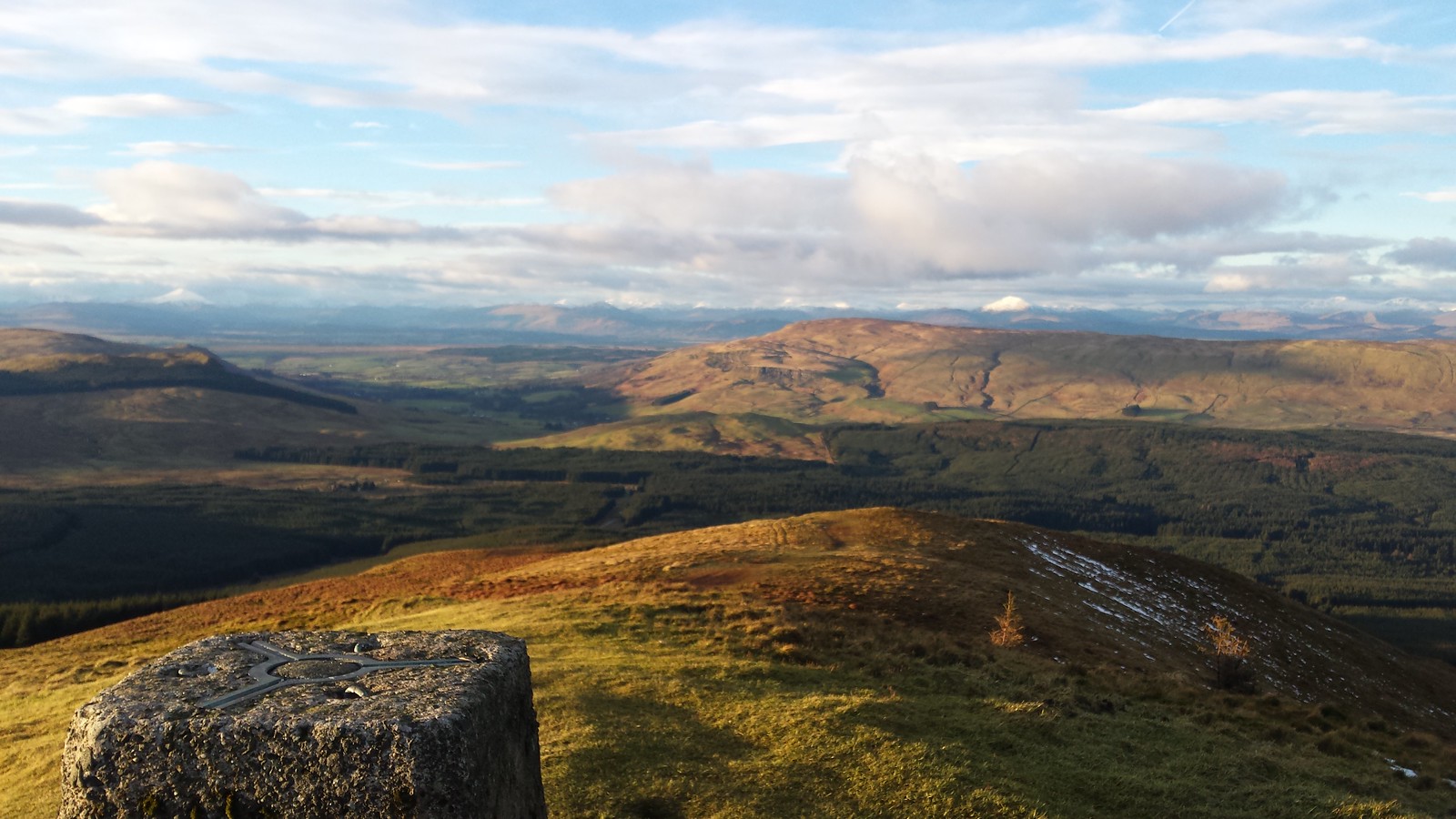 A fanastic panorama of Highland hills lay to the North-West. I finally worked out that the large hill to the left must be Ben Lomond, with Ben More/Stob Binnein, Ben Ledi and Ben Vorlich/Stuc a'Chroin further right, 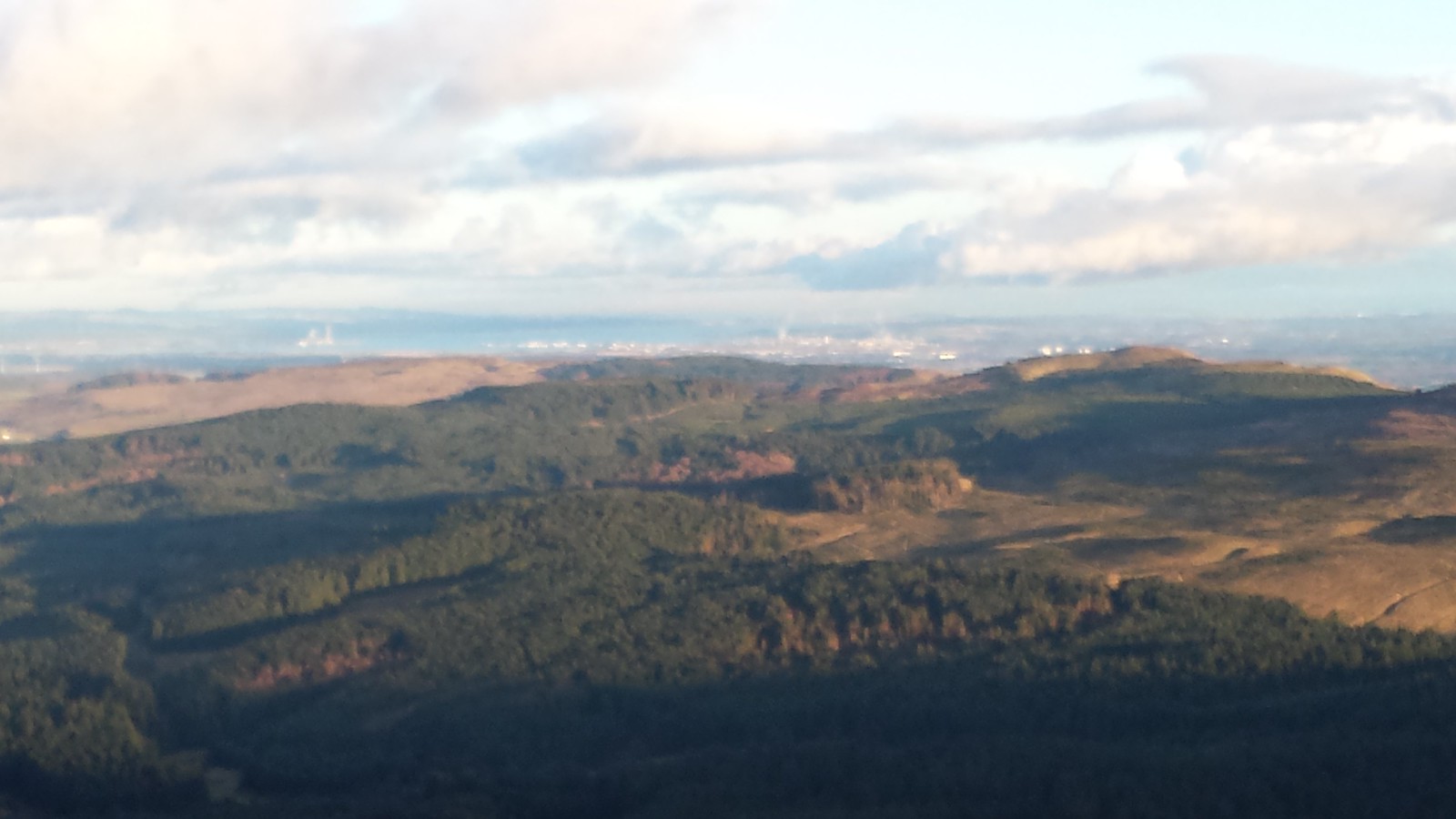 But if anything, the best views might have been East towards Fife and Edinburgh. The zoom feature on my camera phone is utterly useless, but somewhere in this photo lies Knock Hill, North Berwick Law, Corstorphine Hill, Arthur's Seat, Longannet Power Station and all three Forth Bridges. I was hoping to see Edinburgh from the summit, but wasn't expecting the Forth Bridges to appear so large from this distance. 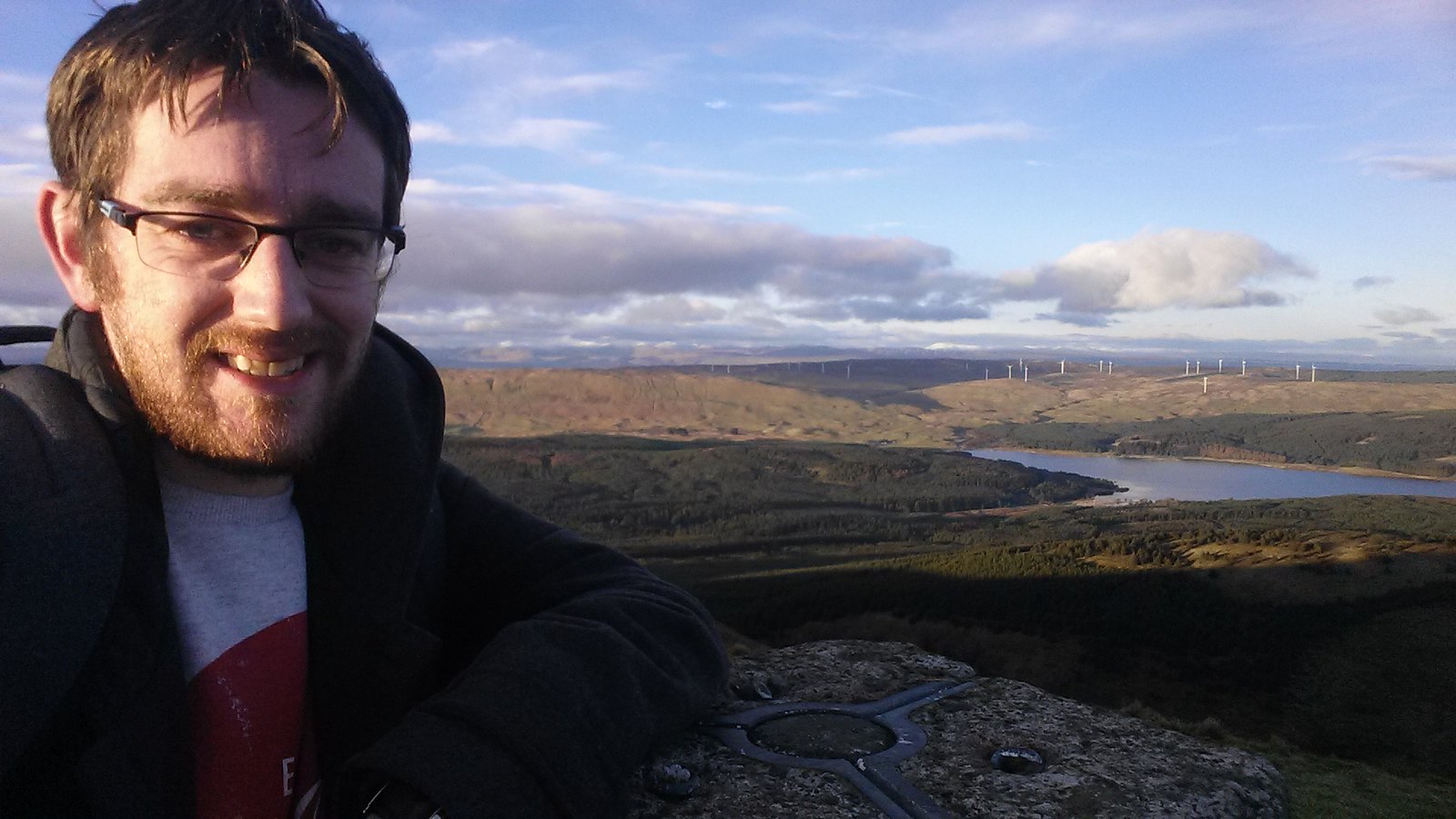 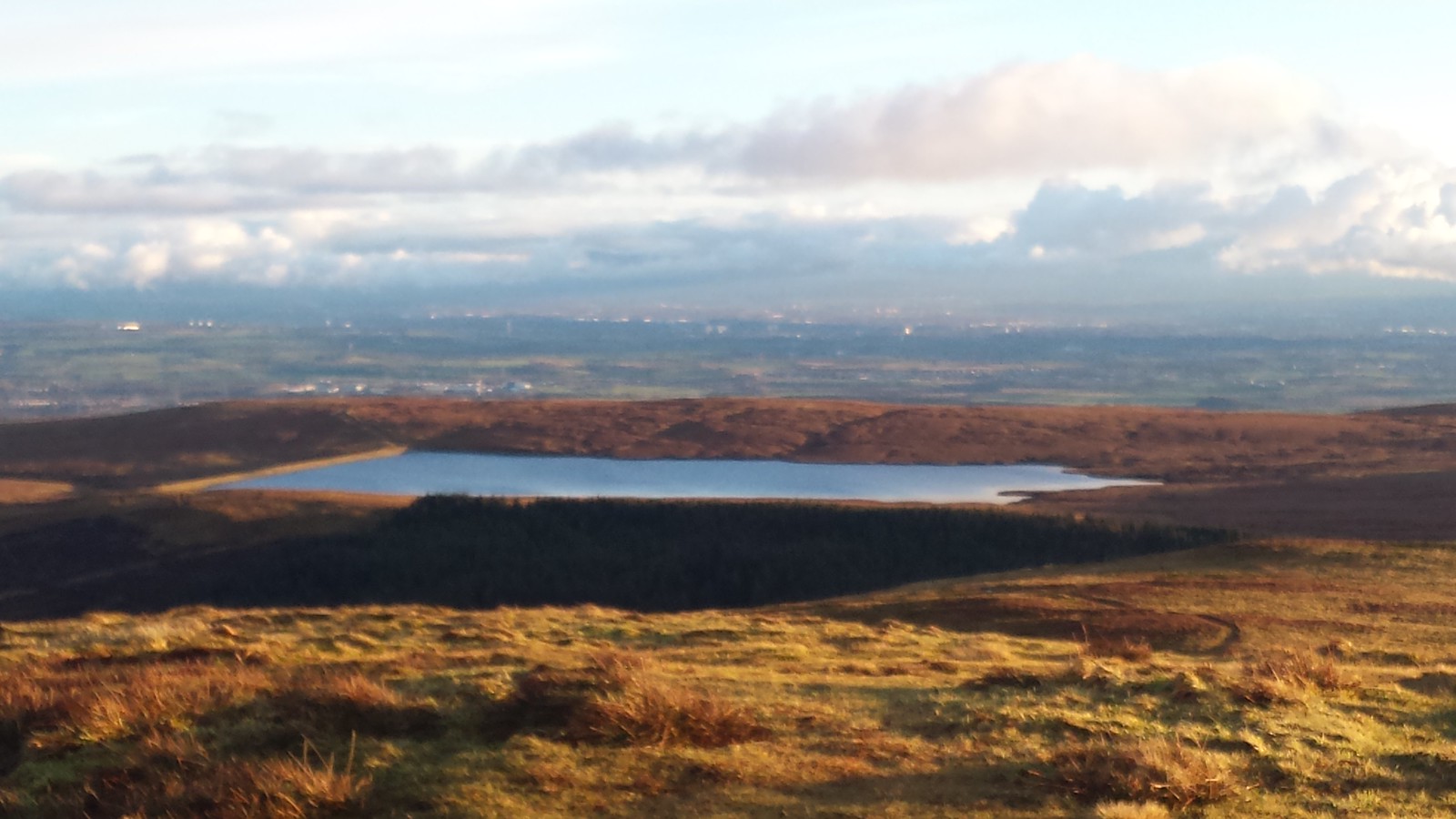 One last view towards North Lanarkshire before the descent. 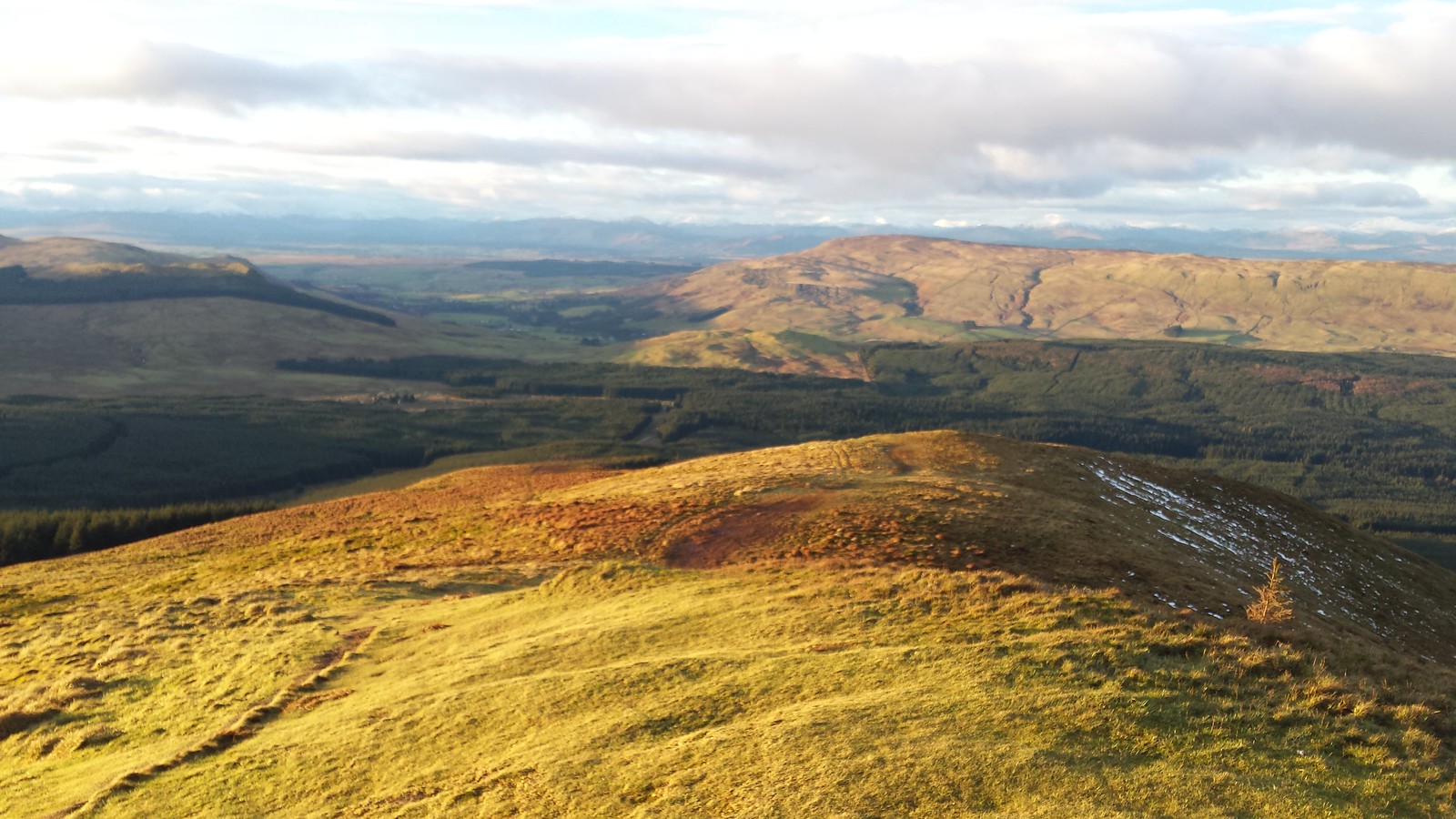 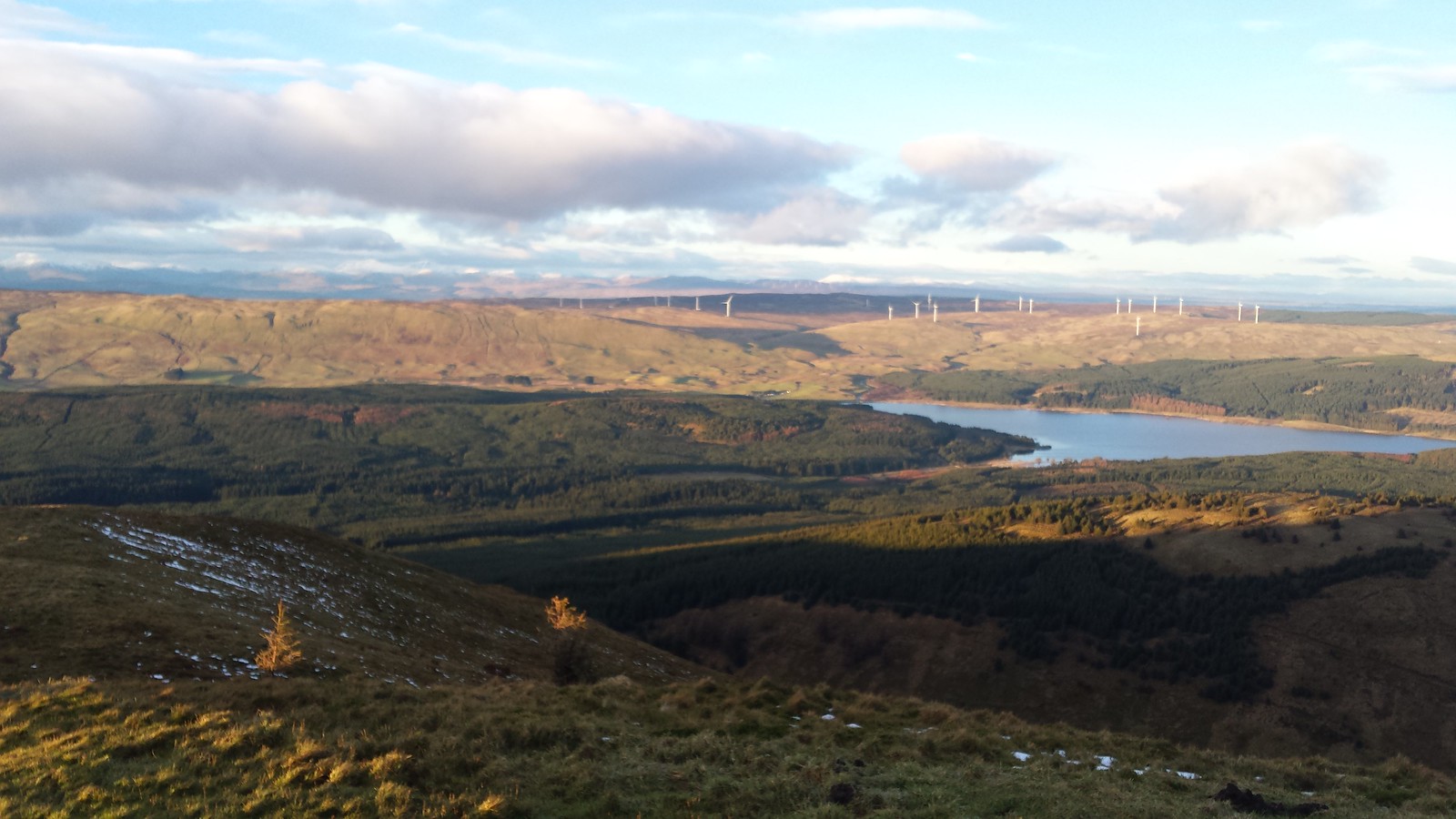 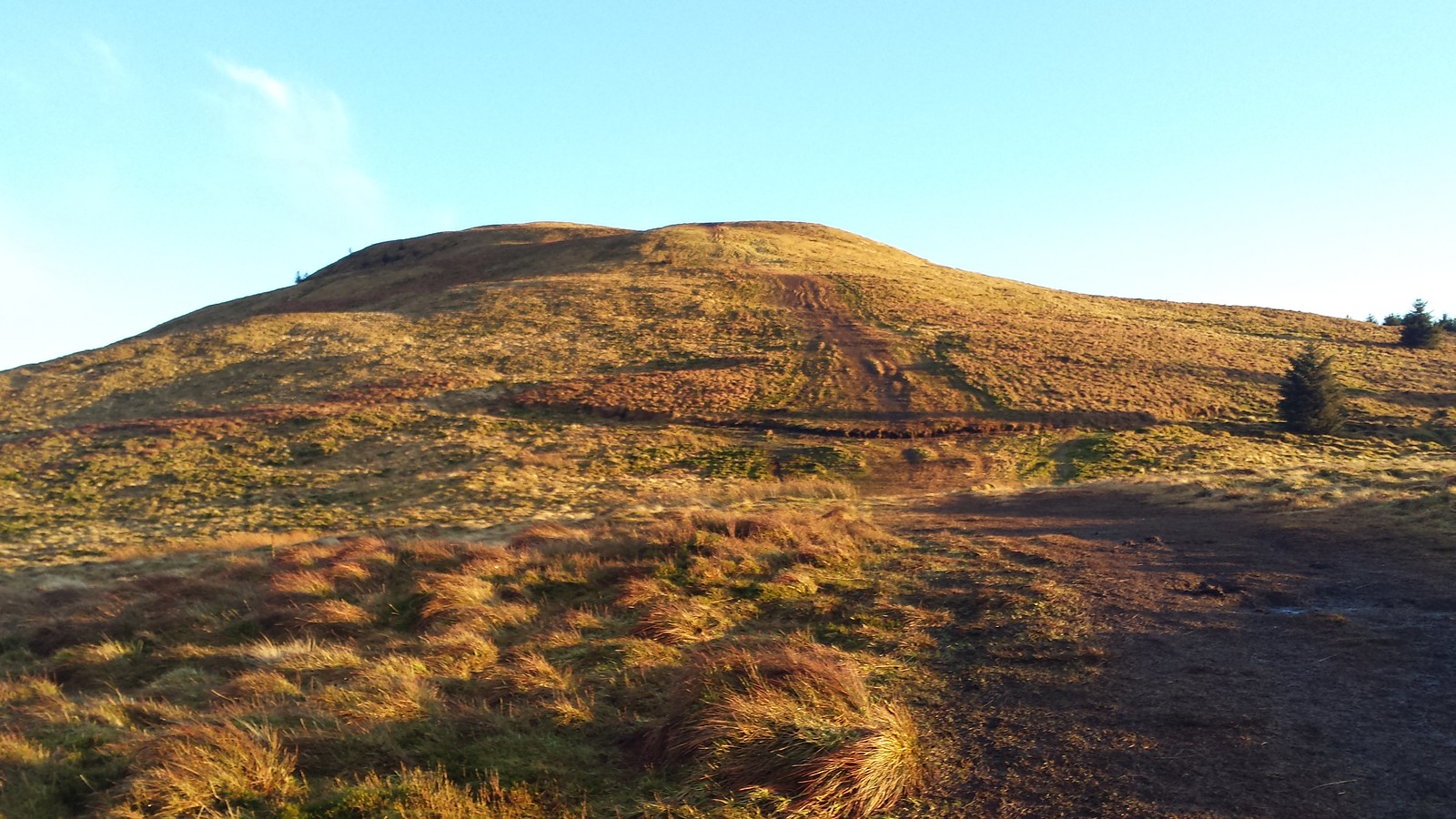 The final ridge to and from the summit from the bench at 405m only took 45 minutes, as the path zips straight up the South-East ridge to the summit of Meikle Bin. 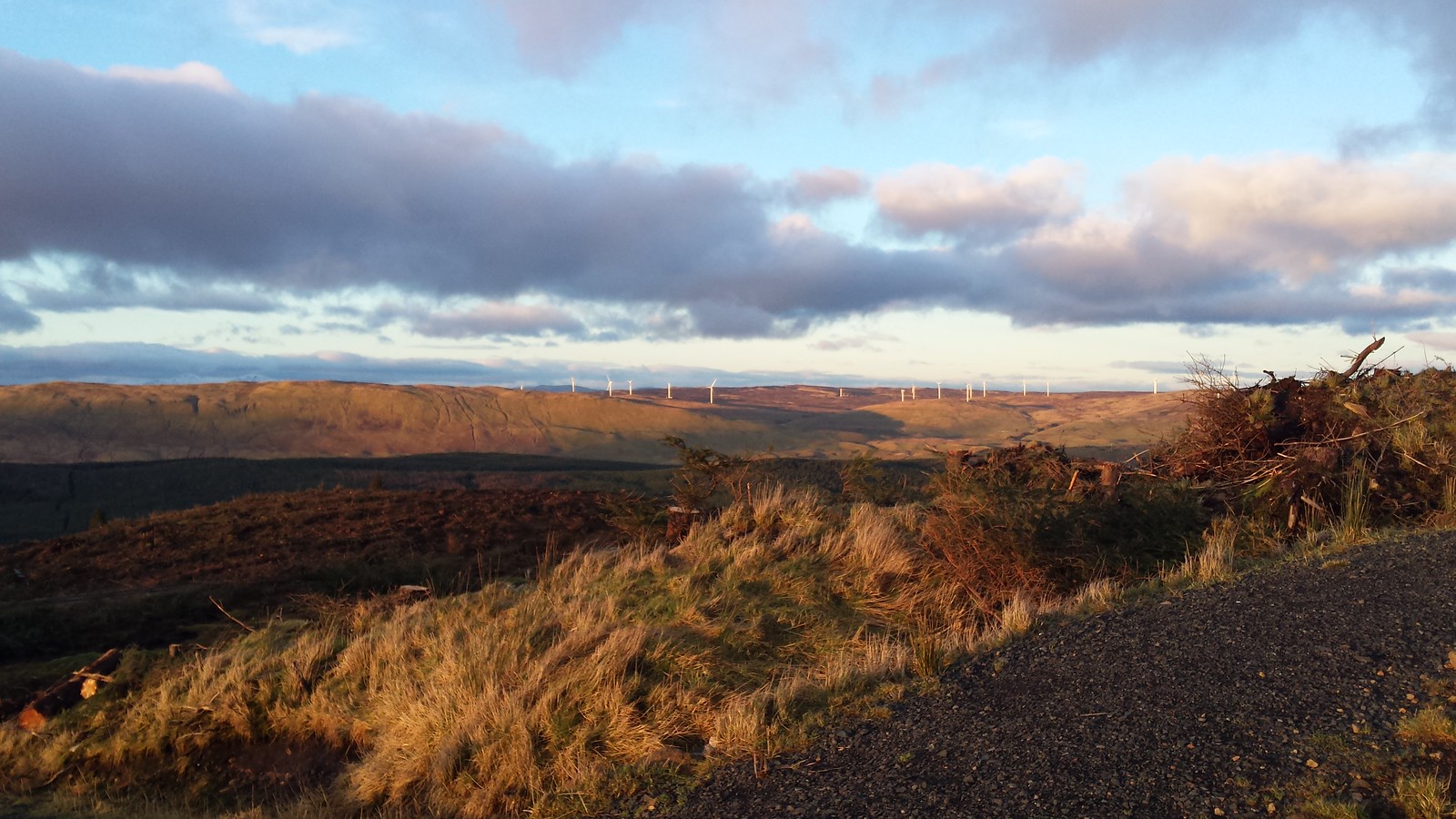 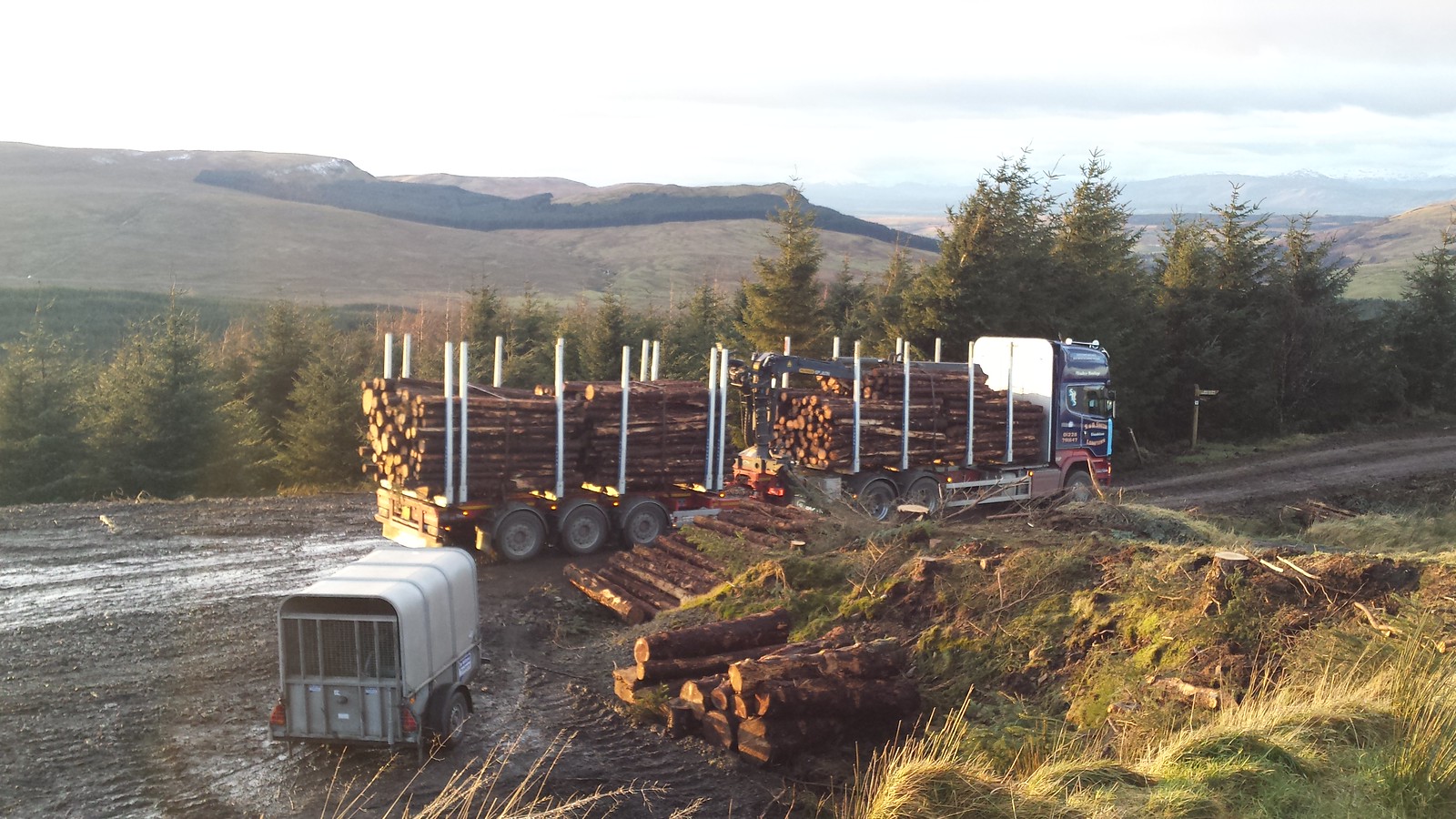 Hey mate, gonnae give us a lift?!? 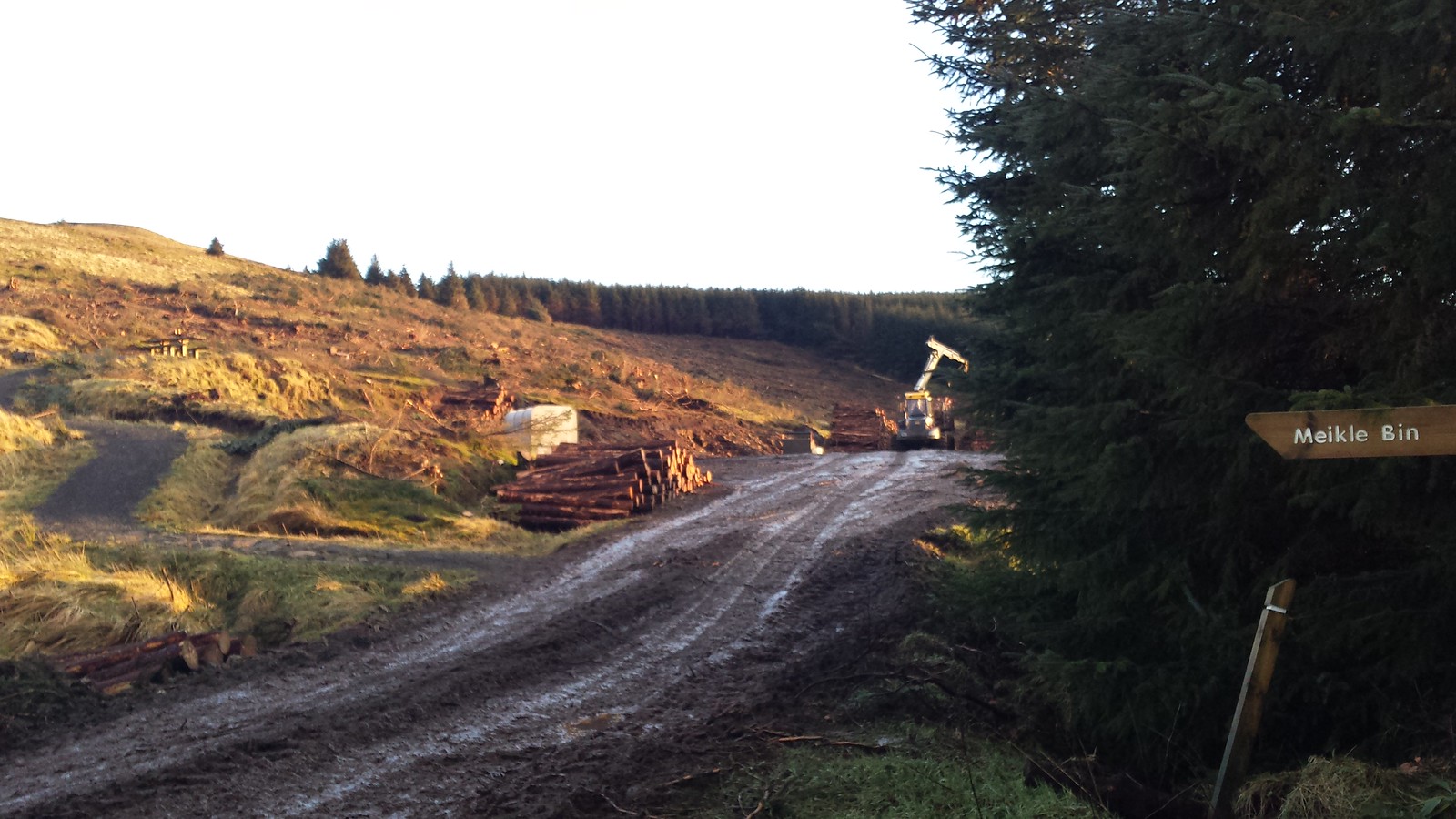 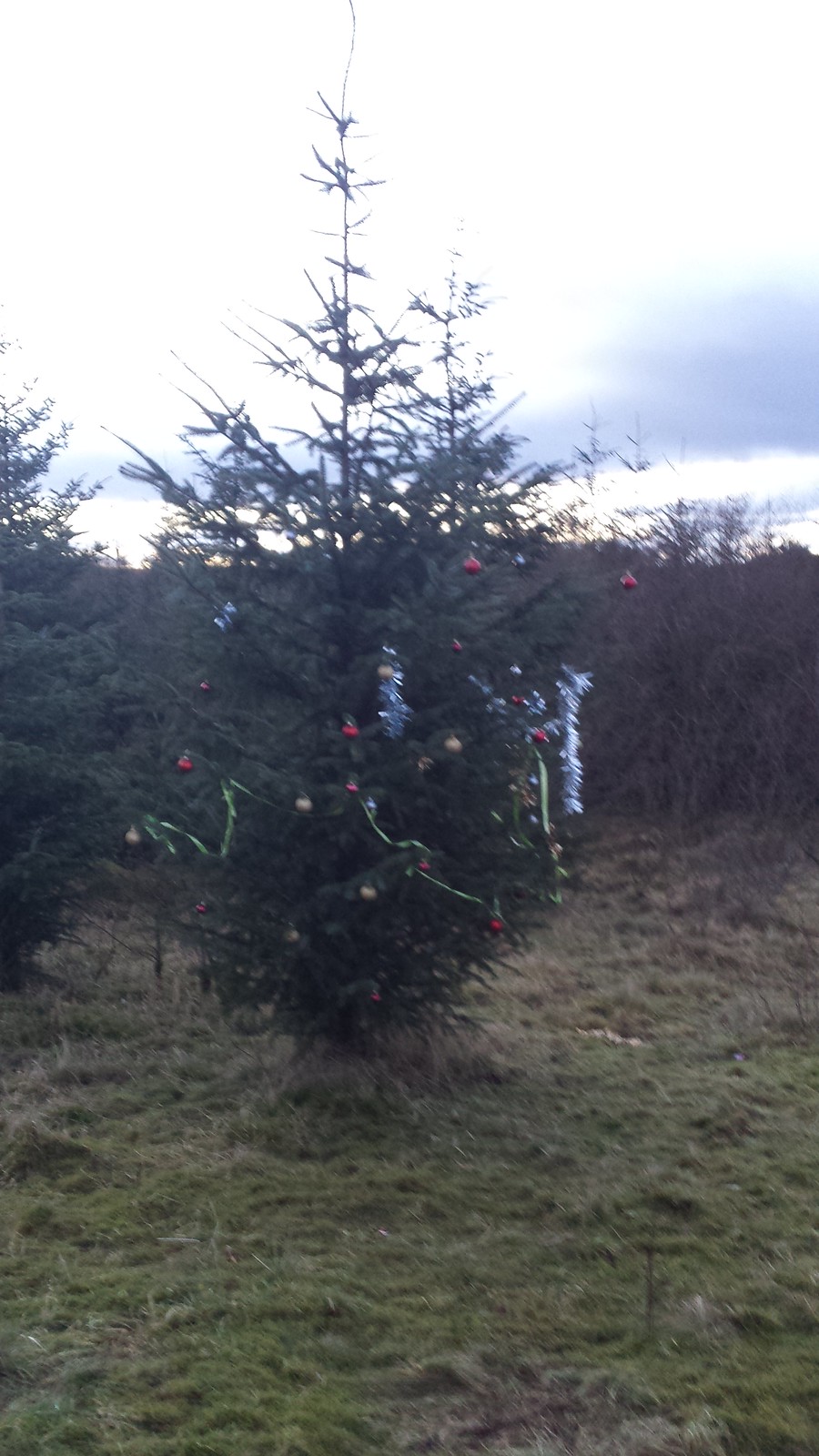 Which brings us to our "Random Unseasonal Christmas Tree Of The Week". 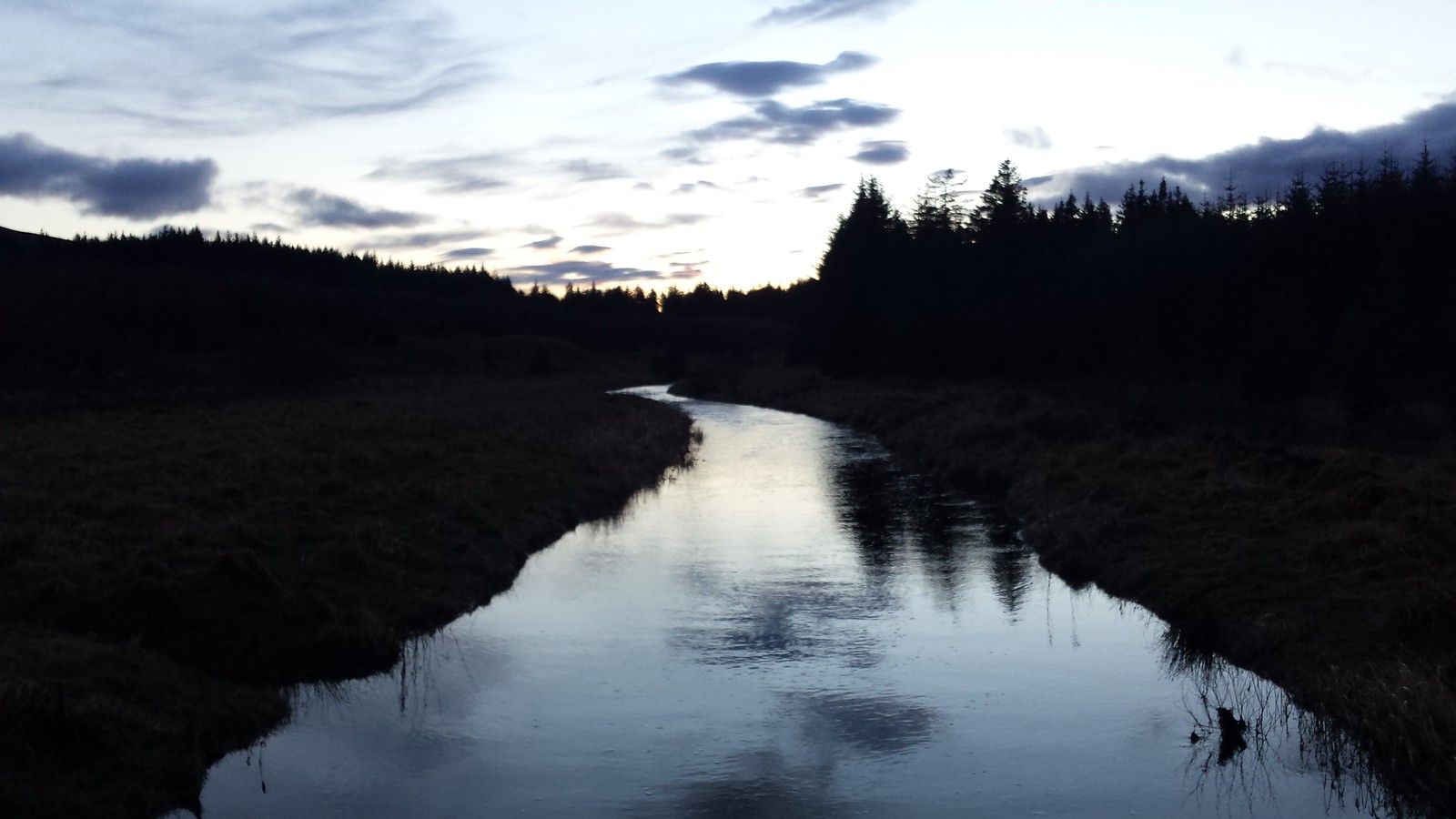 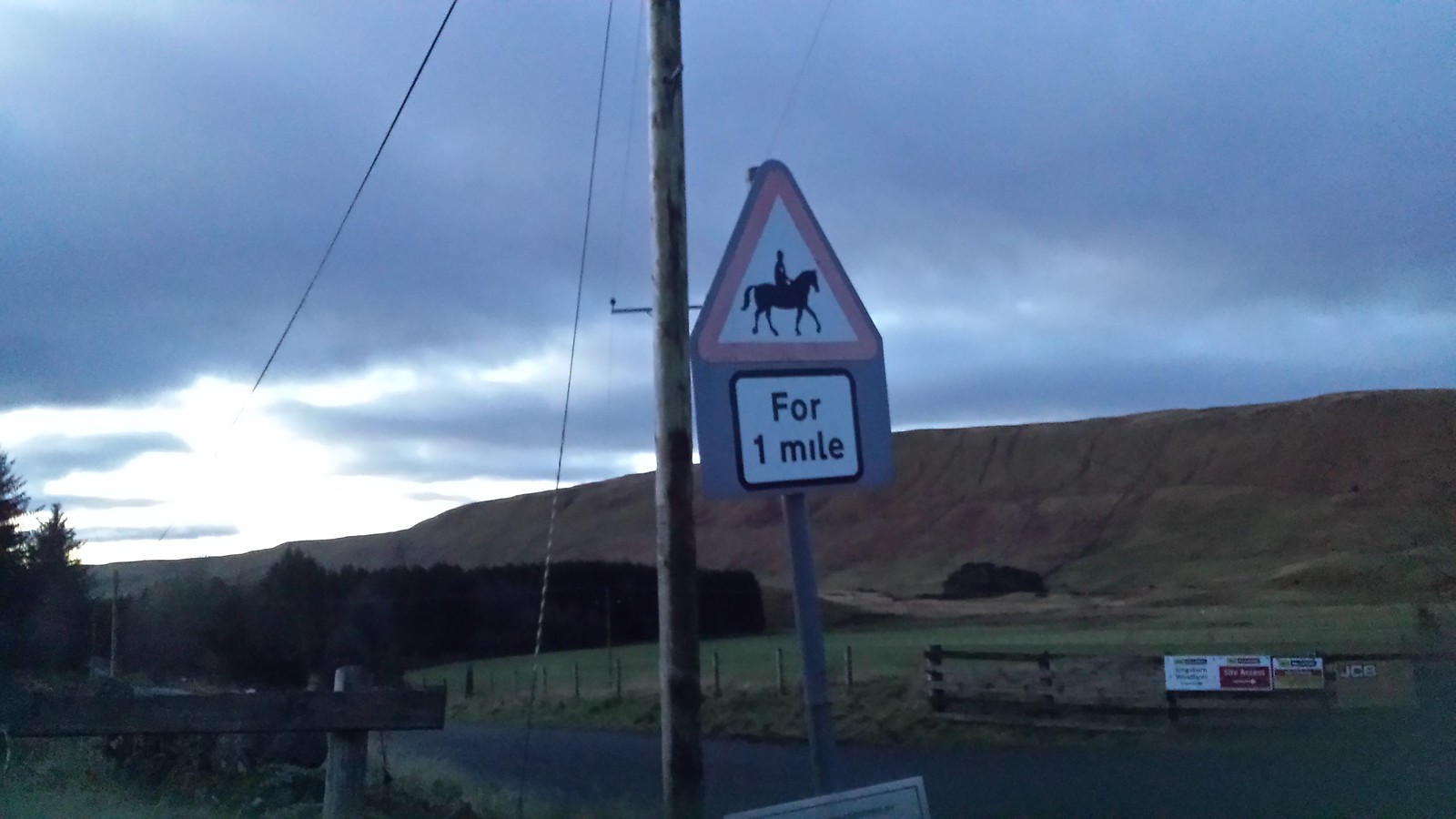 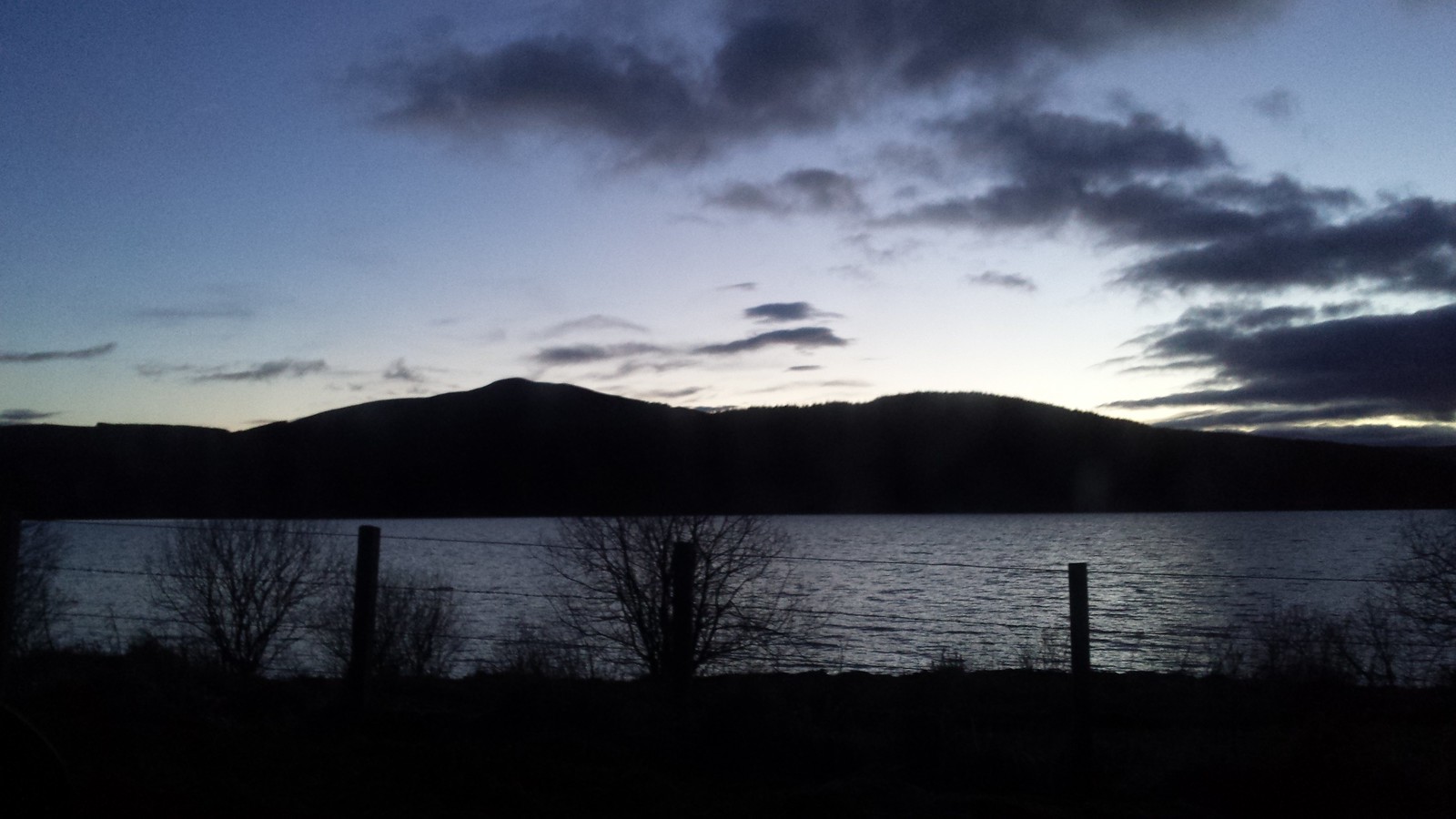 A Highland-esque view of Meikle Bin and Carron Valley Reservoir on the way home.

Re: Meikle Bin - Escaping The Winter

Some nice views from up there.
Haven't been here for quite a few years since we went mountain biking round the Carron Valley trails, got a bit lost trying to get through some fire breaks and nearly ended up cycling up the hill