It looked to be a cracking February day for some walking, so we set off to take on two Perthshire Marilyns that we hadn't visited before. Our first of the day was Torlum, to be followed by the nearby Knock of Crieff. 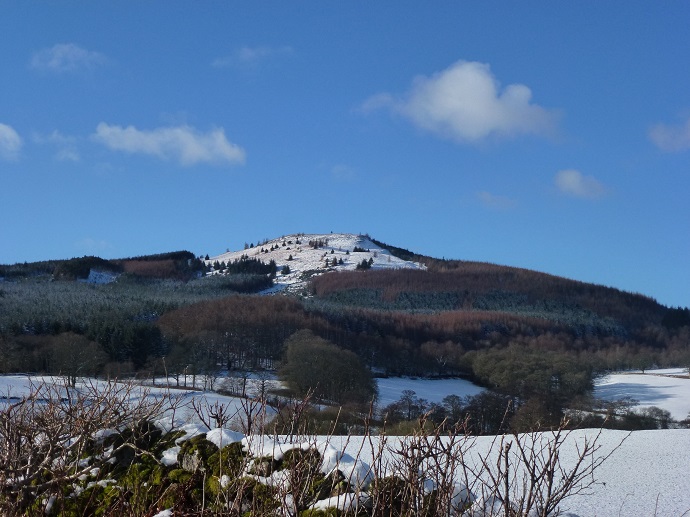 Torlum looking good in the snow

We followed the instructions on Graeme D's previous report, parking opposite the small cottage. There was room for three, maybe four cars if parked considerately. The minor road to here had a lot of nasty pot holes, so care needs be taken especially if the road is obscured by snow or water.

There was a lot of snow around, and it felt very Nordic with the snow lying heavily on the trees as we slogged up the hill. It actually sounded like it was raining as the snow melted and gently fell from the trees - quite magical. The only tracks we could see at this stage were of a sole hardy cyclist and a deer. 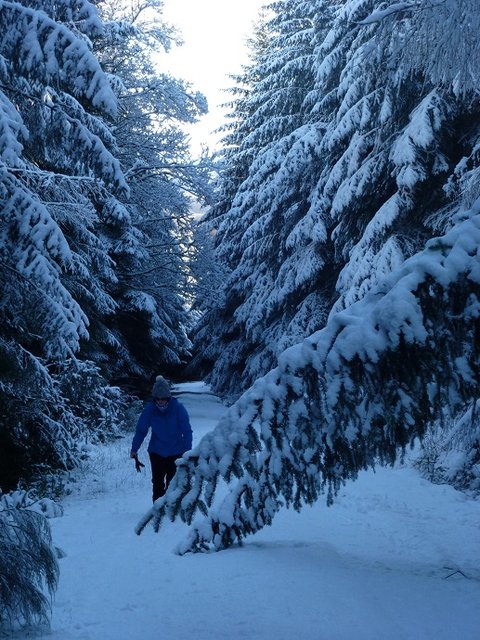 Walking up the track between the trees

We continued on through the first gate, and came across the cyclist as we approached the second. After a brief chat, we passed through the second gate and were out of the woods with the views opening up. Soon, we could see the summit and cut off the main path up the hill to the left. Here the snow was quite deep, and it was a little slippy as we clambered up. The trig point stood beside a tree and we sheltered as best we could, enjoyed a hot drink and some wonderful views all round. 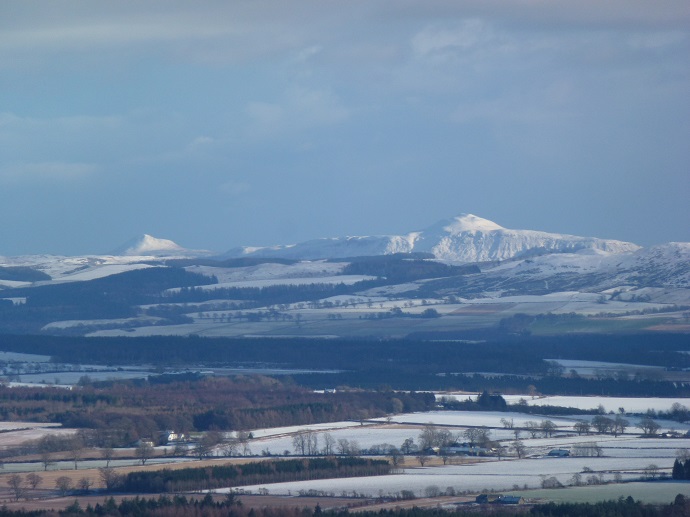 Great views, including the Lomond Hills

Two friendly couples came and went as we took some photos. We returned by the same route and made off for our second Marilyn of the day, which was to be at nearby Knock of Crieff. Re: Torlum in the snow and sun

the trees look so bonnie in the snow