I had two attempts to climb ben vrackie. one was in january 2009 and was totally unsuccessful, the other was autumn 2009 and was much much better

problem with winter attempt was mainly that we underestimated this corbett. there wasnt too much snow but the path leading to loch a choire was icy enough to give us some clues what to expect later. of course we didnt get any clues and attempted the climb. thanks goodness we decided soon enough to withdraw. just couple of metres after loch a choire the steep ascent begins. and i mean it, first moments are steep. there wasnt too much snow but the ice was just impossible to climb on without any equipment, at least poles, preferably crampons. so that was the first attempt. totally defeted

we did a little circuit at the loch and went down to the car park.
the autumn attempt was much easier and smoother. we already knew what to expect

as i said, passed loch a choire the ascent begins and it is quite steep, but on short distance. then path becomes a bit easier and views more enjoyable. later the path gets a bit steeper again but it already is so close to the summit that it's not too bothering as you can already see where you're going, the destination

we were quite lucky, the second time, weather was good, dry but windy, especially on the top I thought it will blow me away (i mean the wind of course) the views were splendid too, beinn a'ghlo and cairngorms. yummy

the climb in not difficult, the height is gained quickly. 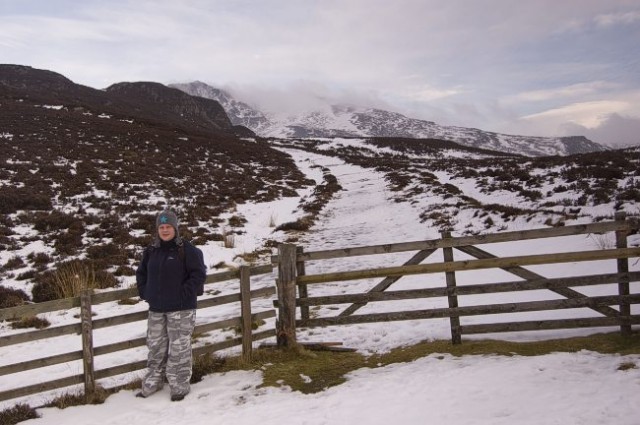 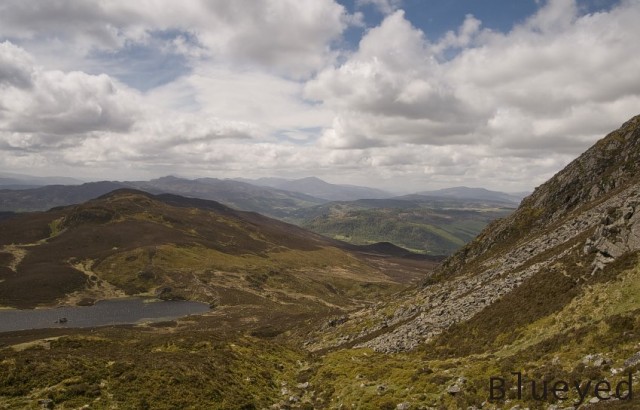 Believe me, poles would have been no help at all on ice - you might have got away with 'microspikes' though - we used them a lot last year and they were good. But defo crampons for the serious stuff - and ice axe of course.

Your frozen loch pictures are superb, especially the first one - really class photo that!

Nice photos, great hill. You're right though, it can be deceptive. It is one of the few hills I have done with my wife, but on my first attempt to get her up there, she decided to turn back about half an hour from the summit. I think it was more to do with the previous night's wine consumption, but a good idea as it was quite icy.

Close to the summit, I met a group -two women and a couple of kids. Although I didn't know them, I happened to recognise one of them, as she worked at the same place as I was working at the time. Her and her mate were decked out in the best Gucci high street manner - pink tracksuit, trainers, handbag etc! I told them they would probably be pushing their luck to get to the top, but the two kids seemed pretty keen, so they carried on anyway. Fortunately I saw her at work the following week, so they had obviously got down OK!

I'm not normally one for questioning other people's choice of hill-wear and knowledge, but they were clearly taking a bit of a chance. Still, I think they enjoyed the experience!

(i already started a wee research on the crampons subject..gosh, why is that so expensive!?!?)

Users browsing this forum: Chris from Bingley and 37 guests