Grahams included on this walk: Millfore


After taking such a pasting last Friday, it was great to get out on a crisp winter's day, albeit blowy in the morning.

I parked up near Forrest Lodge and headed out towards Loch Harrow. The forrest tracks have all been named after people and have road signs rather like what you see in town....quite odd! I made may way towards Corserine, with the aim of traversing the Rhinns of Kells ridge from north to south. Corserine from the forrest track

The path from the track to the edge of the forrest is marked quite clearly, although in normal conditions it would be very muddy. Fortunately, today it was frozen hard. I crossed the fence and the Folk Burn before stopping for something to eat. After that, it was an enjoyable climb to Polmaddy Gairy - again, the hard underfoot conditions and snow made the going easier. The eastern corrie of Corserine

It was cold and blowing quite hard on the ridge, but quite a short walk to the trig point at Corserine. Once there, the views to Galloway opened out. The Merrick from the summit Looking south to Loch Dee and the Solway beyond. South to the Solway and the Cumbrian Fells

The cold conditions meant that I didn't linger, but pressed on south to the col with Millfire, where I was able to sit on a boulder in the sunshine to enjoy my lunch. Dungeon Hill and the Merrick from my lunch boulder 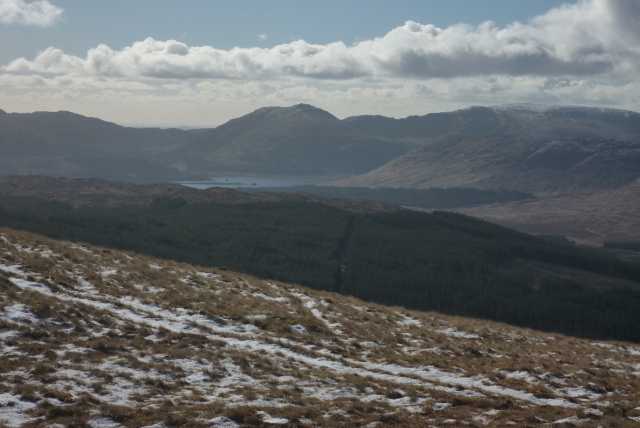 The climb up to Millfire didn't take long and from there I could press on to Milldown. 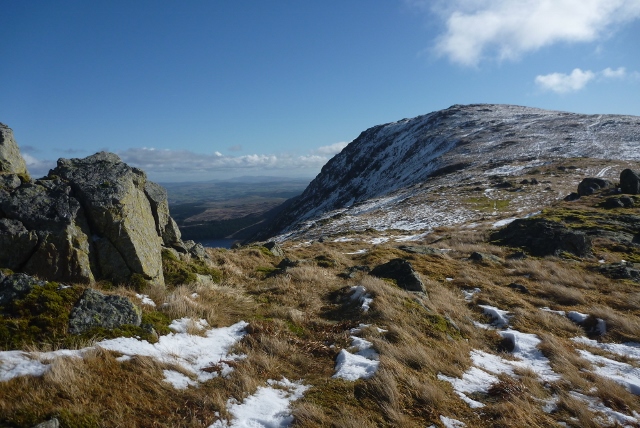 Heading south along the ridge

The walking along the ridge was straightforward. It looks as though there is a clear track running along it, although today it was covered with snow. 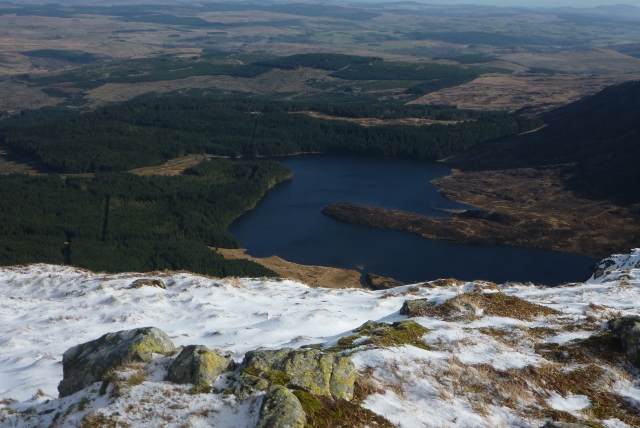 Looking north along the ridge to Corserine I then dropped down to the frozen Lochans of Auchniebut before tackling the final climb to Meikle Millyea. 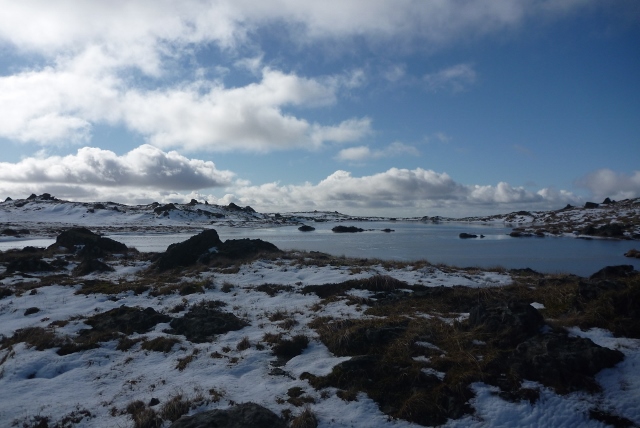 The trig point on Meikle Millyea is not on the summit, which lies about 200 metres to the south west (my altimeter showed this point to be about 15 feet higher than the trig point) At the trig point 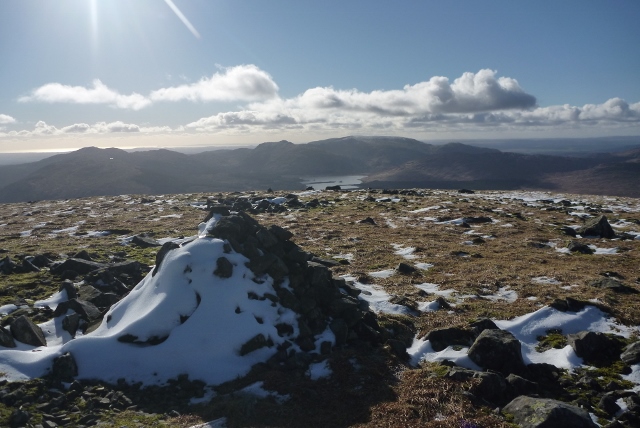 Loch Dee from the cairn on Meikle Millyea Great views. I stayed in Forrest Lodge once upon a time so I guess I'll go here one day.

It's a great walk that - and last Tuesday was a great day to do it - as I found on Merrick at the same time - and where was everyone?

I know - if Galloway was on the other side of the Solway Firth it would be mobbed!