cobbler 28-2-16.gpx Open full screen  NB: Walkhighlands is not responsible for the accuracy of gpx files in users posts

Sunday looked like the last day of good weather so I headed for Arrochar in an attempt to maintain some kind of fitness. Optimistically brought axes for a look at Chockstone & Great Gullies but realistically didn't expect anything to be in condition. The path up was busy: 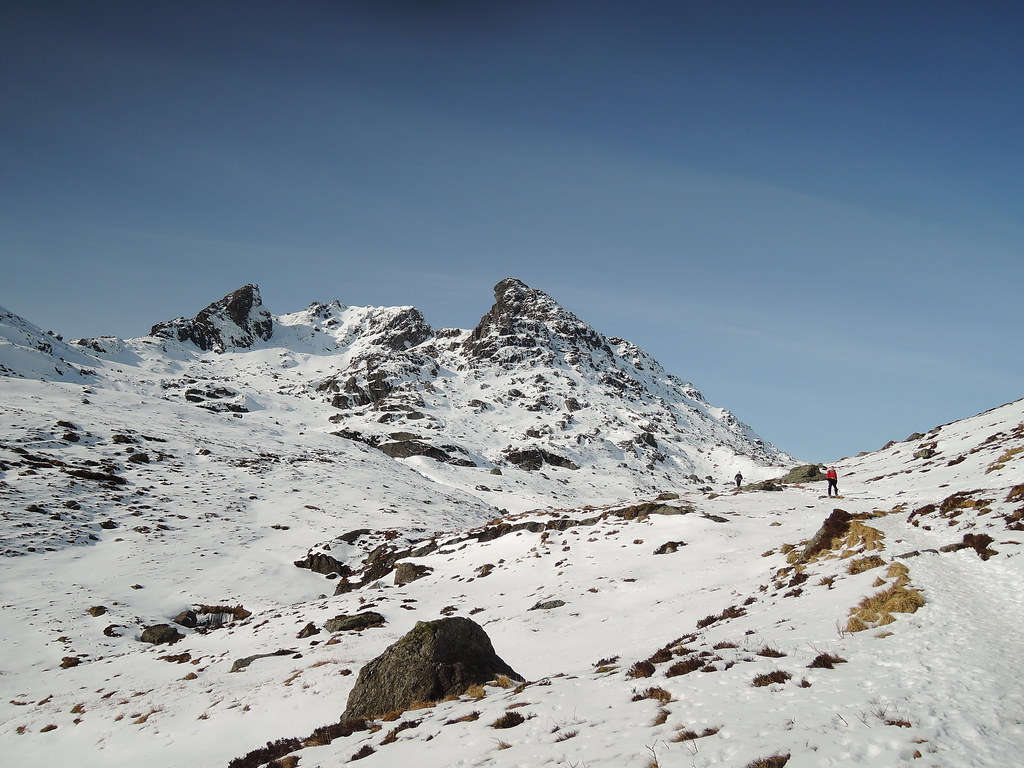 Headed round to Chockstone and heard voices, there was a group coming up who had started lower on the gully so I followed on. 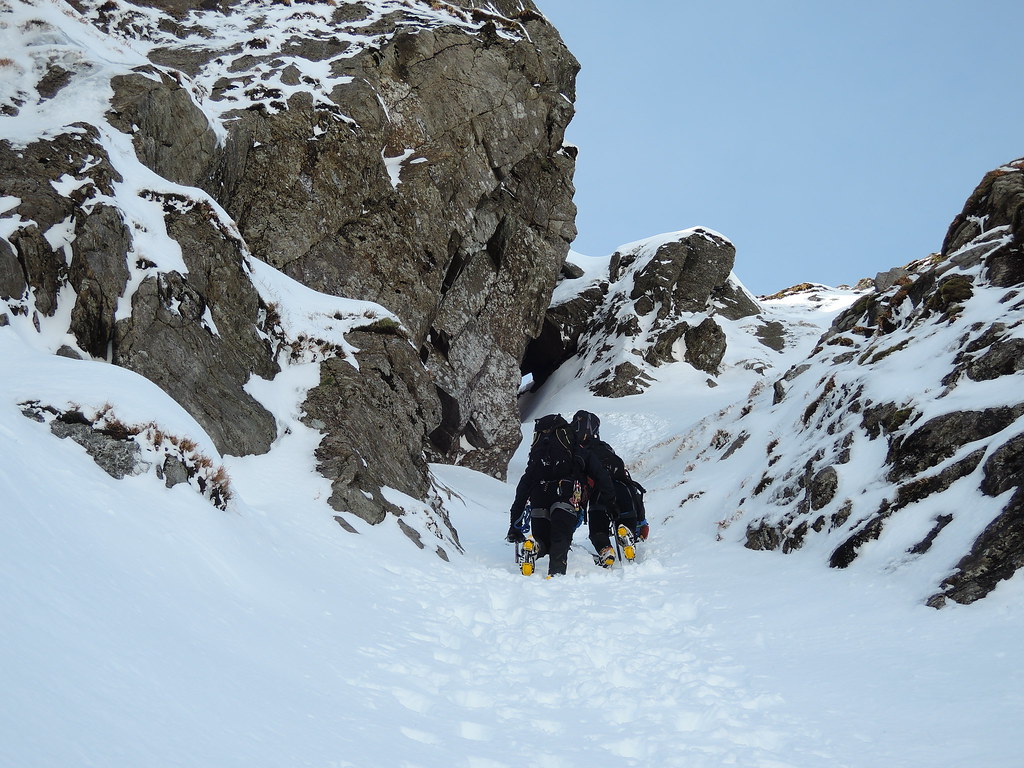 Snow was OK and had been stepped out like a staircase so it was easy going. Wasn't sure about the exit slab but it looked fine. 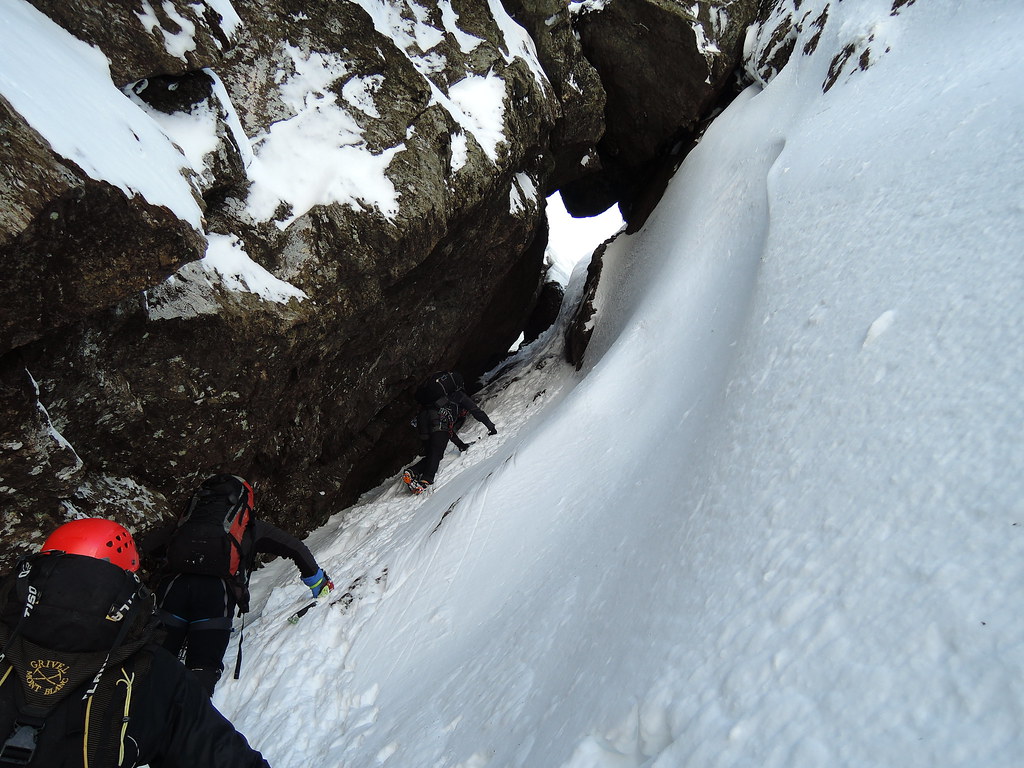 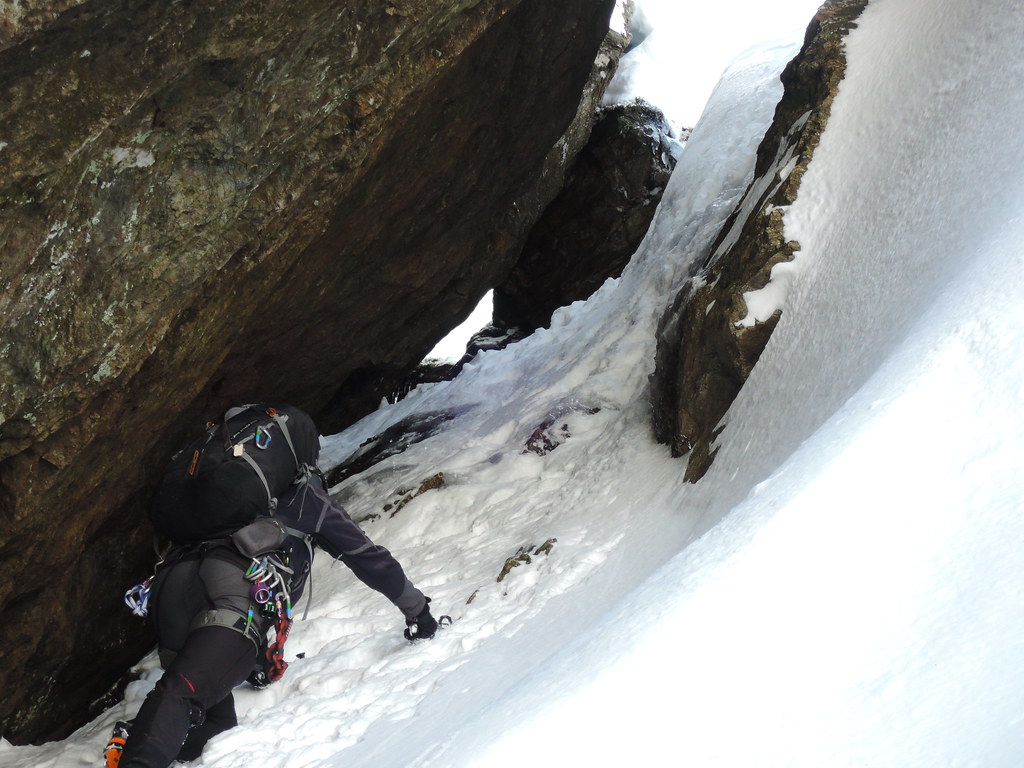 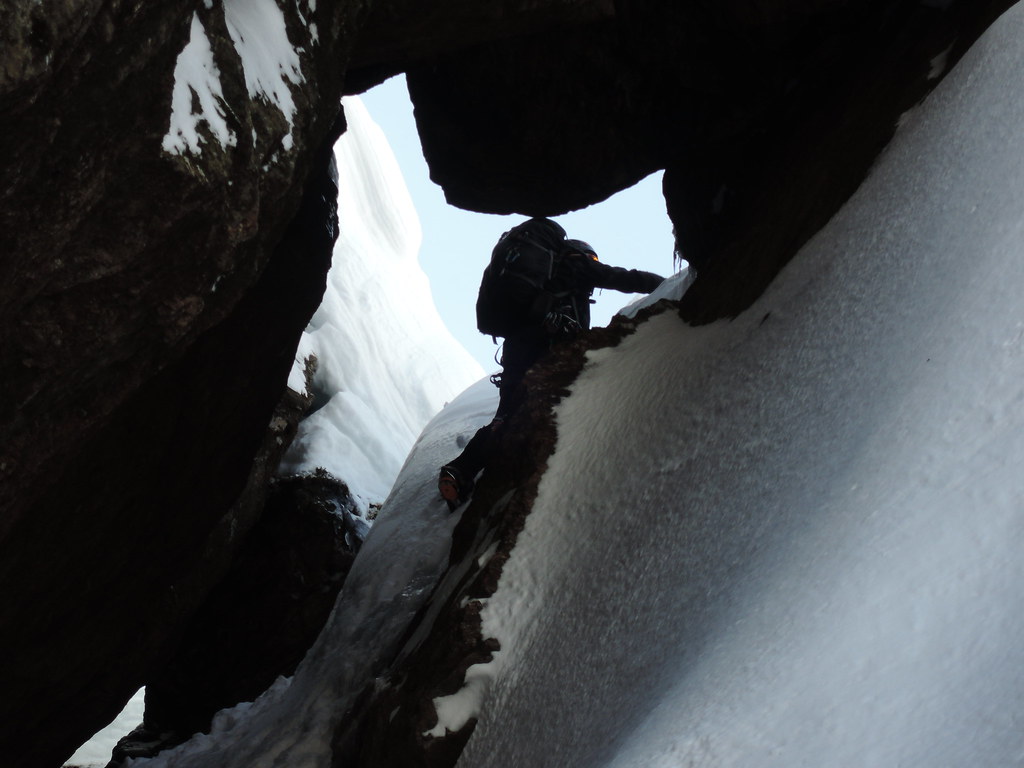 Leave some snow for me! 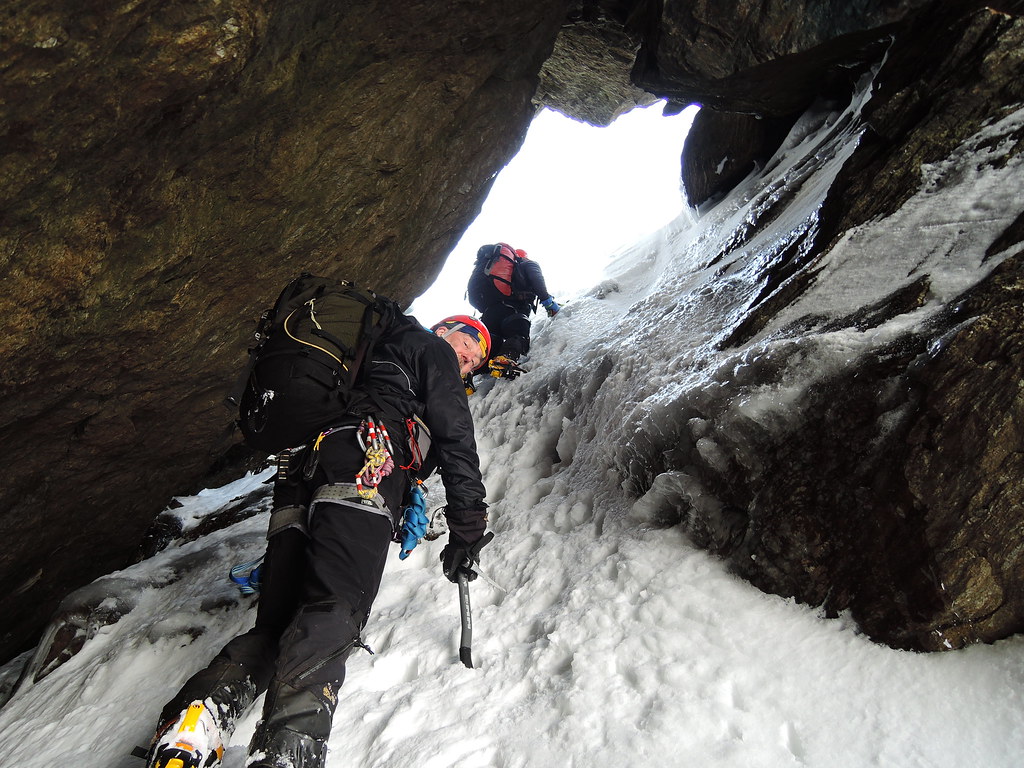 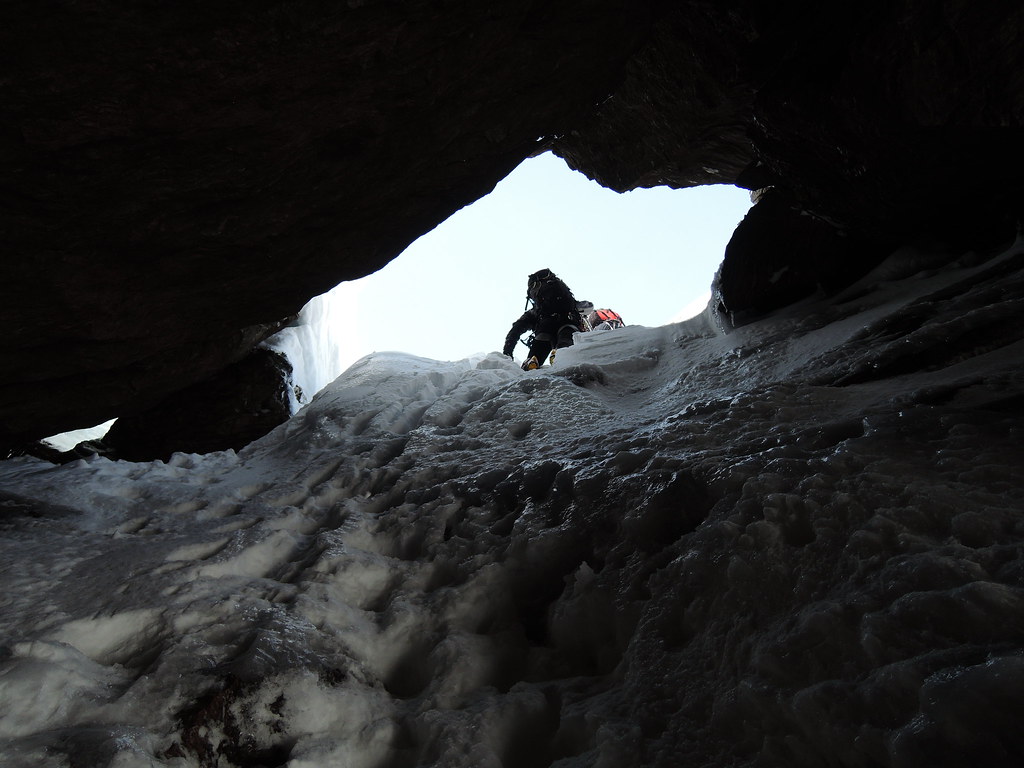 The group were also doing Great Gully, I stayed with them for the day. One of those days when the weather's great, the snow's firm and everything clicks into place. 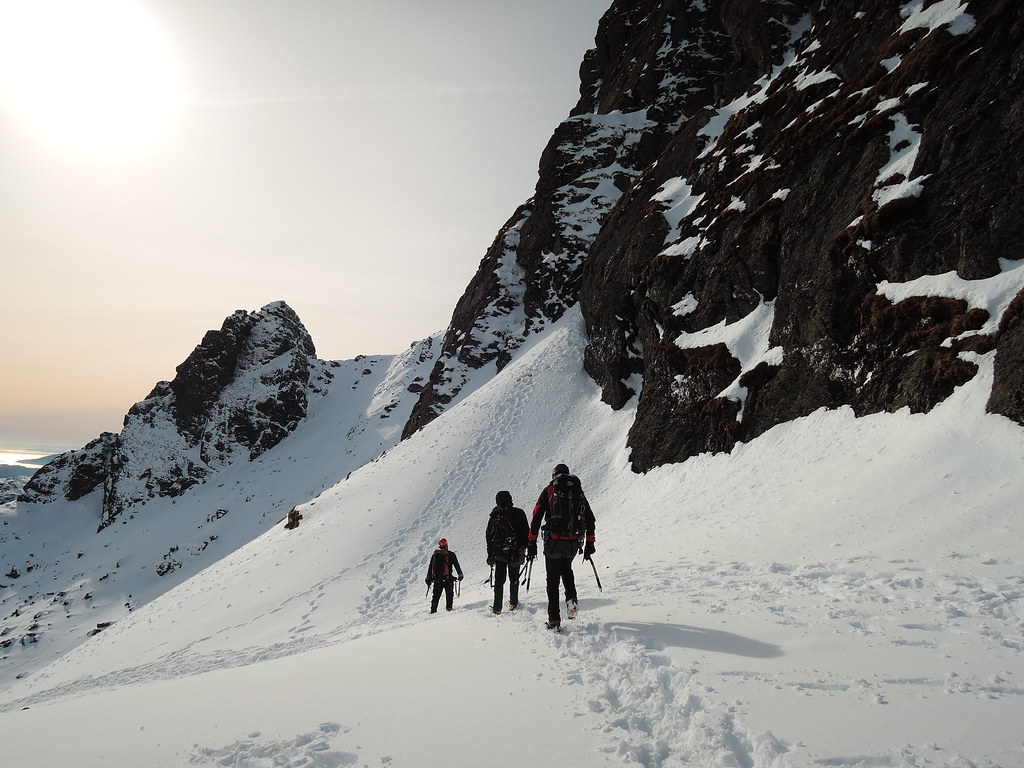 Bit tricky at the start of Great Gully as traffic has chipped away a fair amount of white stuff. 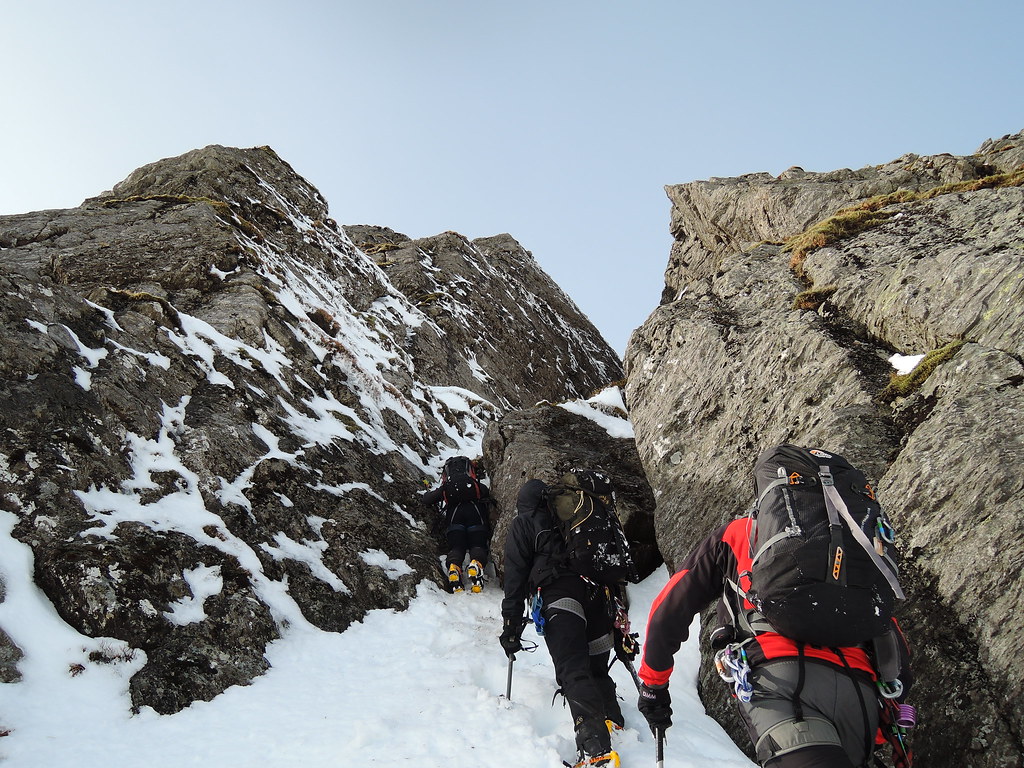 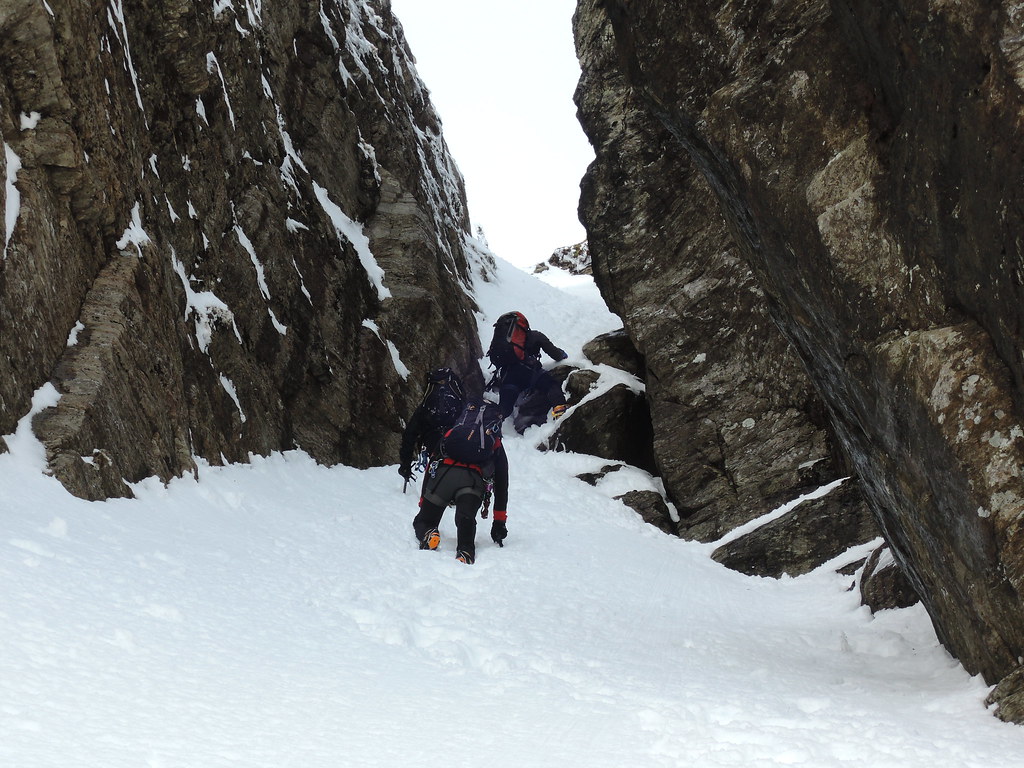 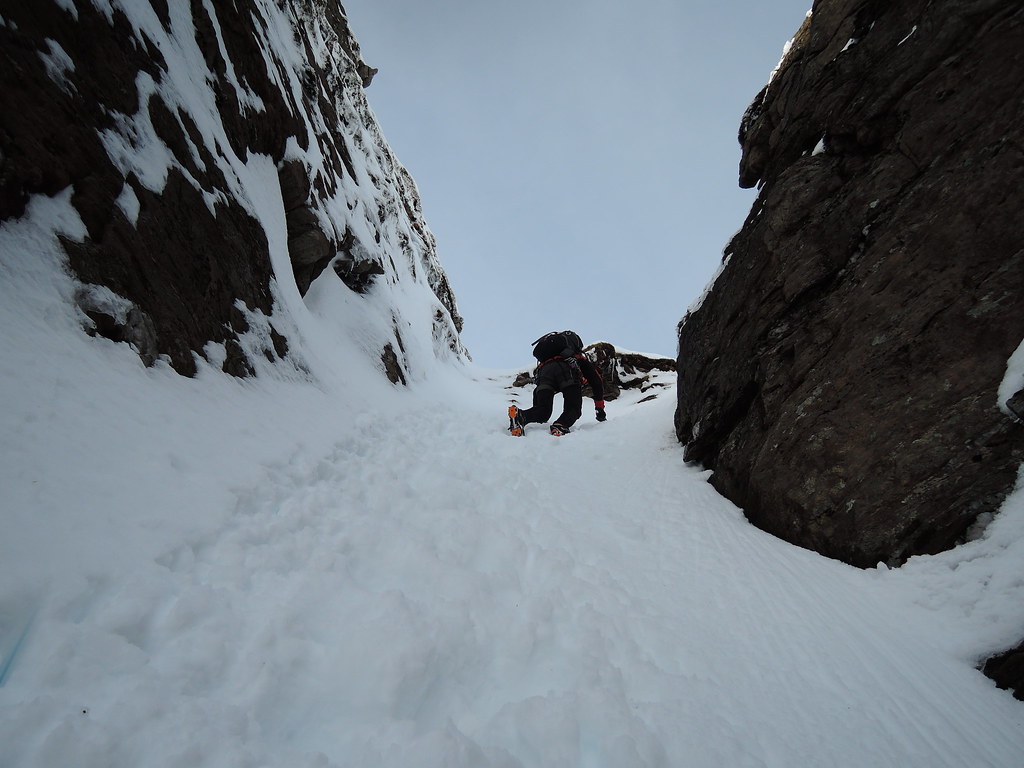 Busy on the north top, a few folk in flimsy trainers and one of the guys I was with was in MR so there was a bit of joking that he would get back to the house then get a call out to return here. What a view, though: 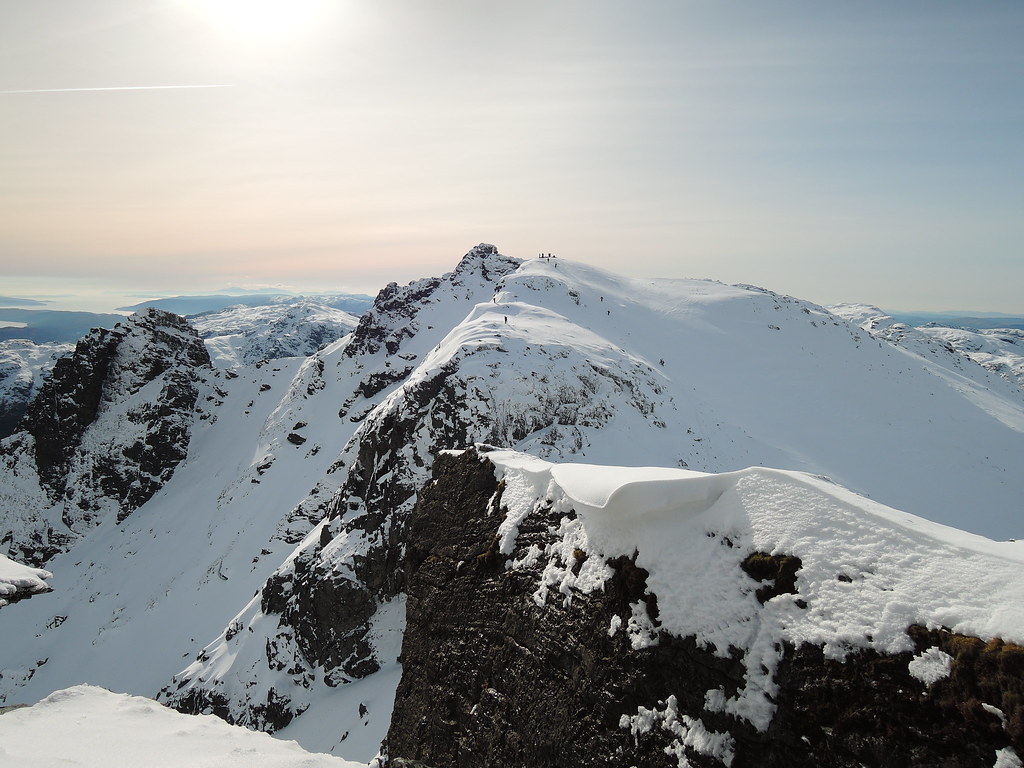 Headed round to have a look at a gully next to the centre peak. This was unexplored territory for me and I was by far the least experienced, what's the worst that could happen though? 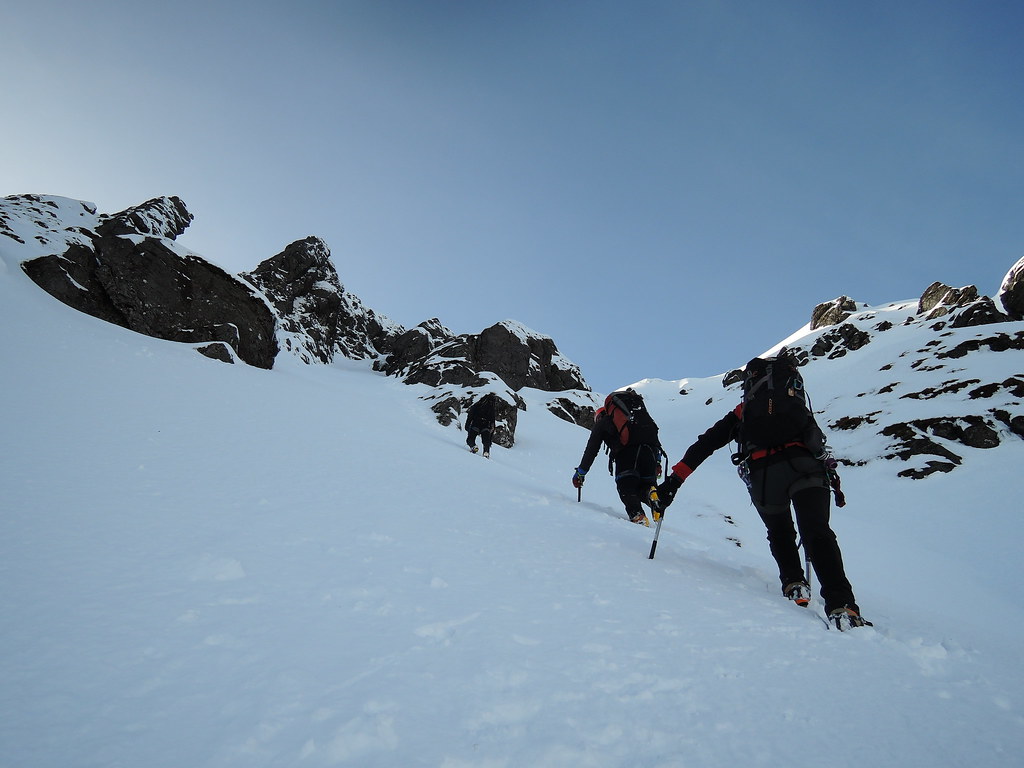 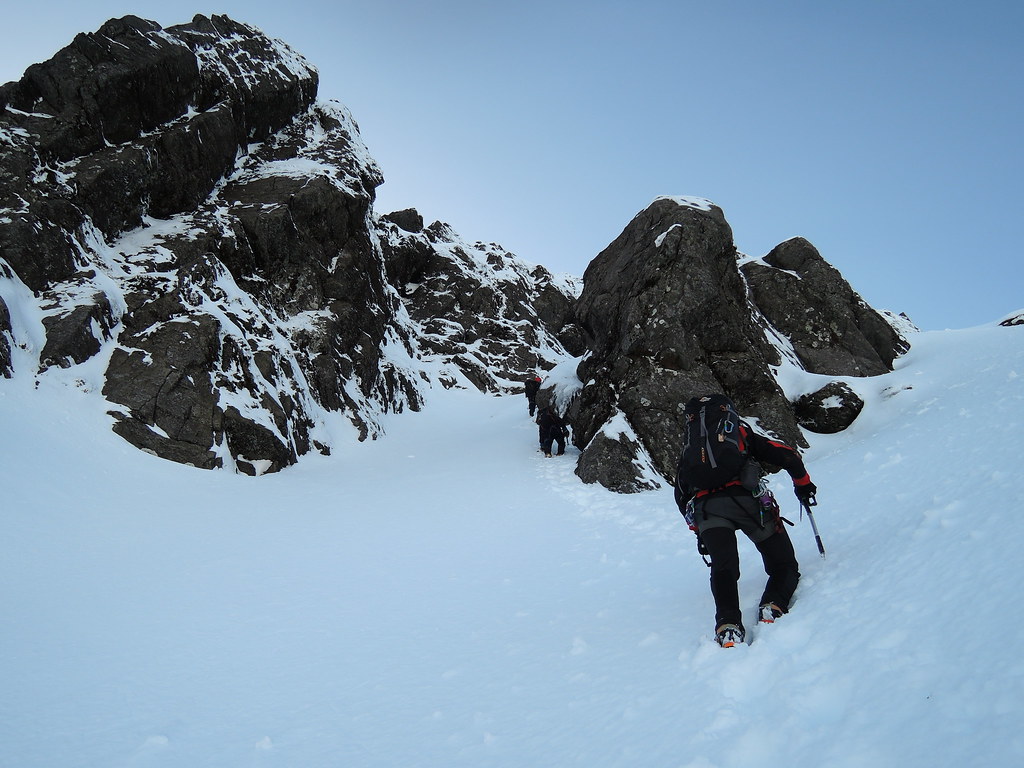 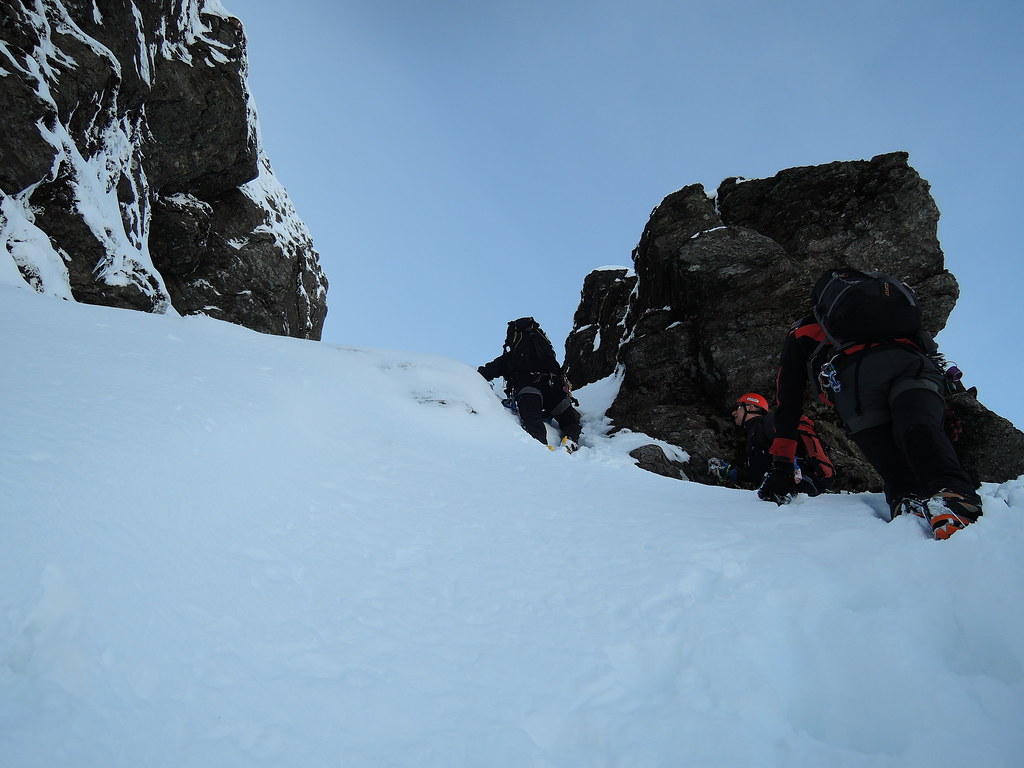 View down to the south ridge 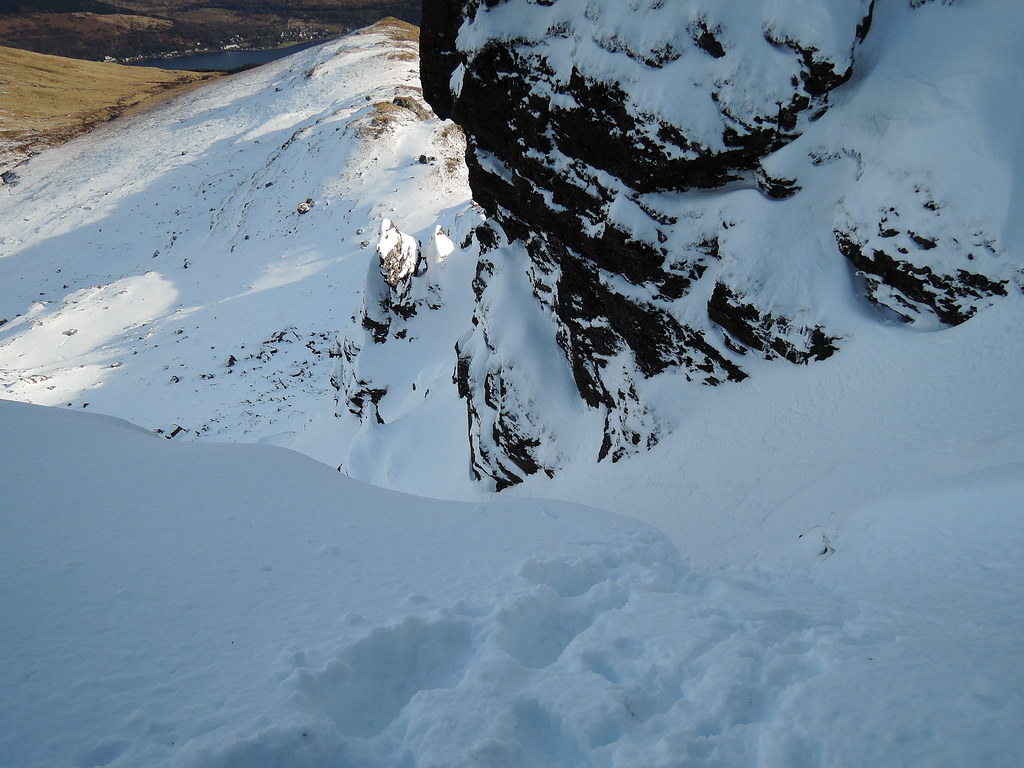 Decision time: one of the guys went up and to the left here which turned out to be fairly difficult. 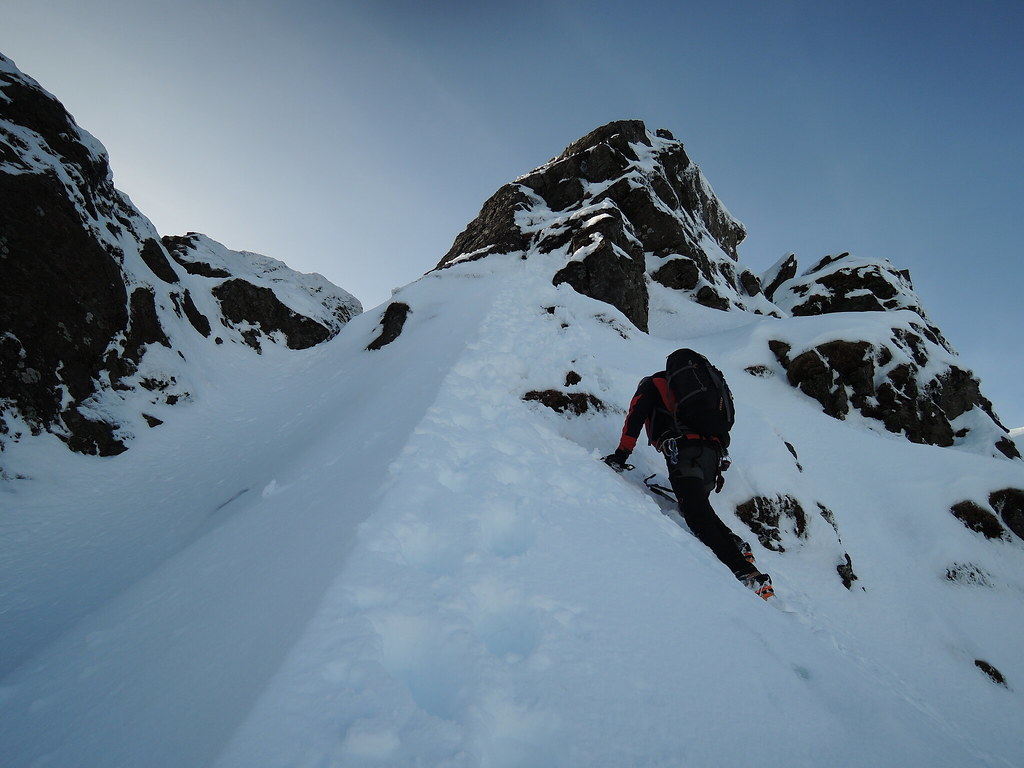 The rest of us traversed to the right 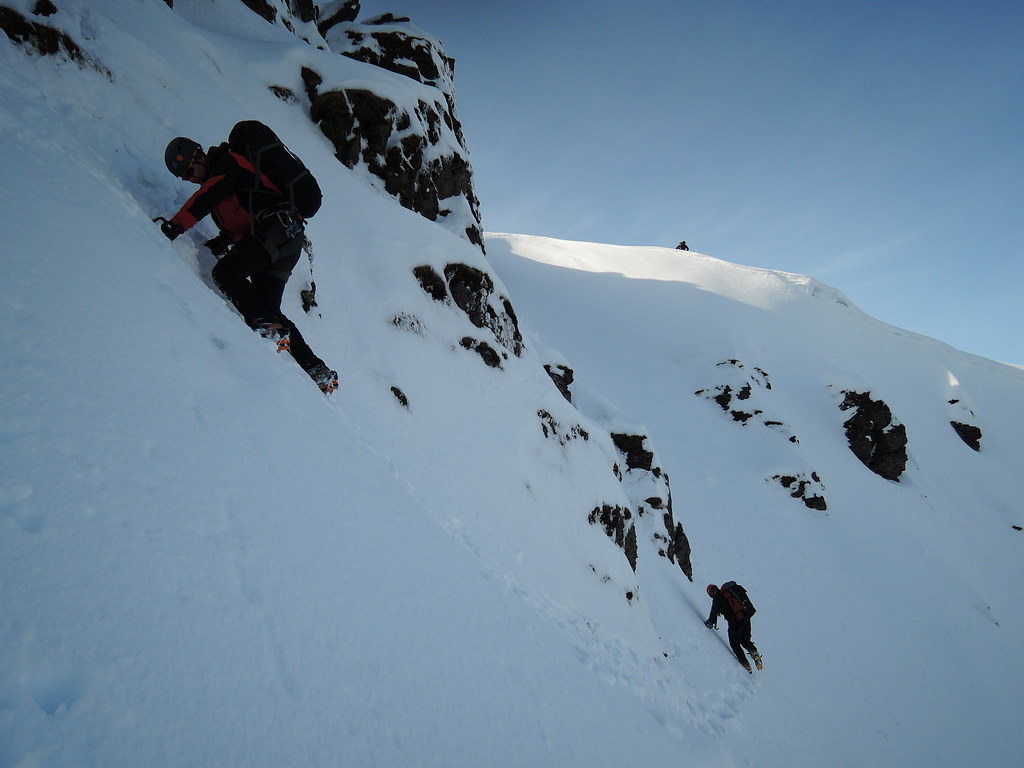 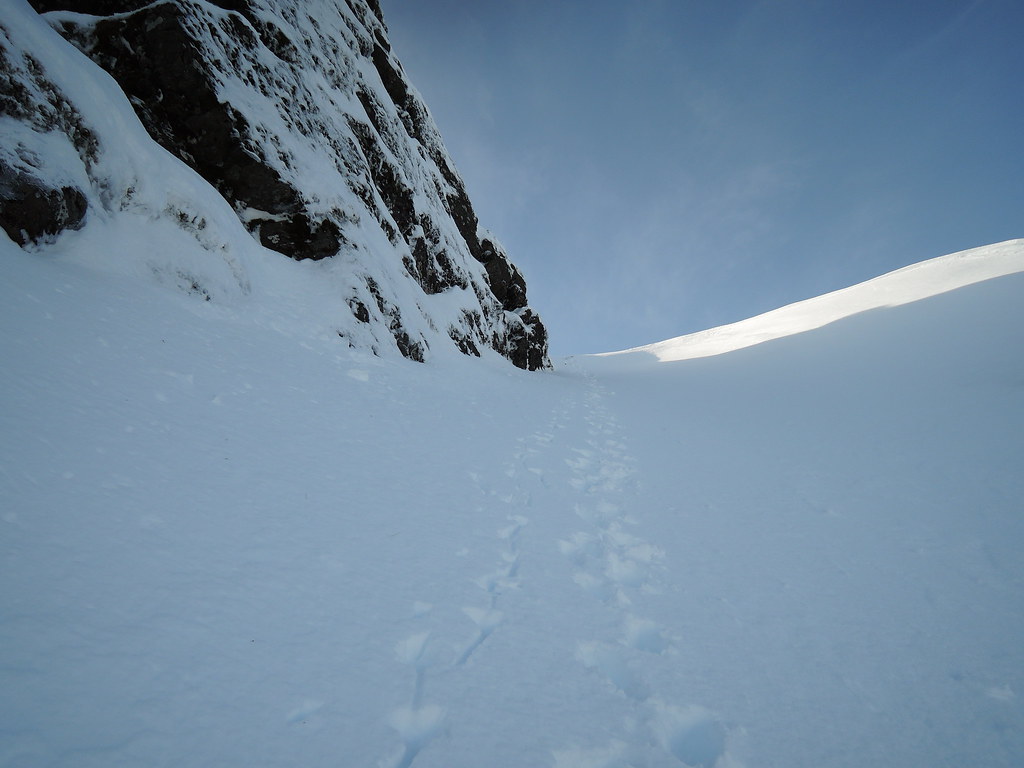 Exited right at the centre summit, excellent visibility in all directions. What a day! 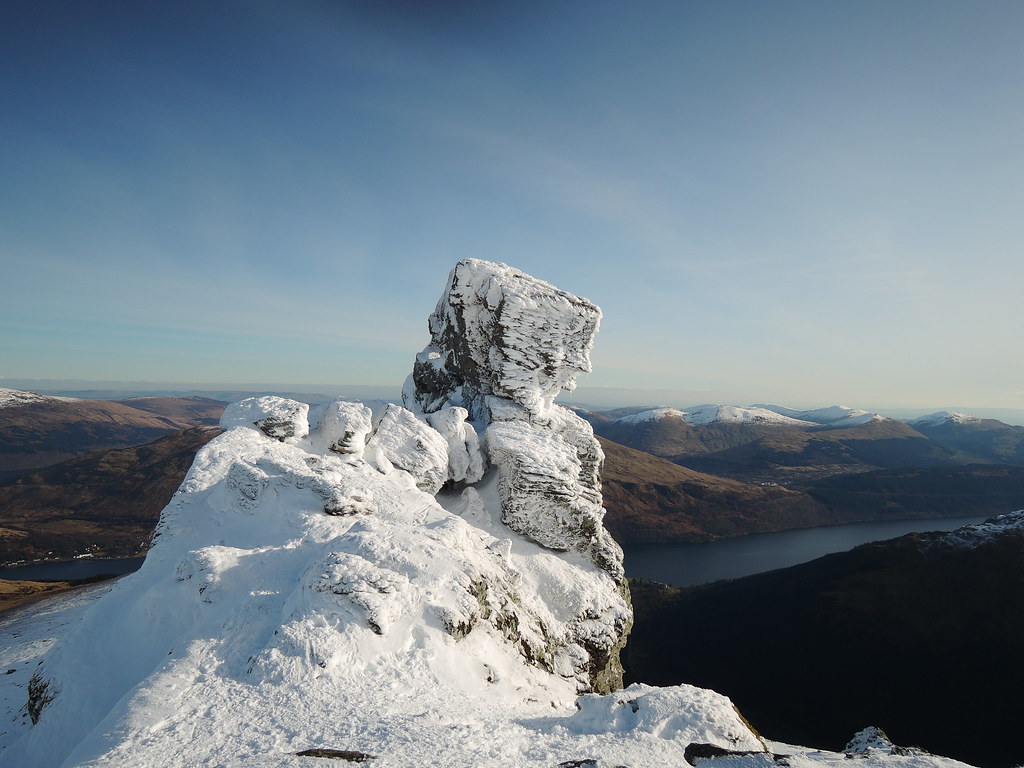 What a fantastic little peak the Cobbler is! I was up that way the previous Thursday - went up Beinn Narnain by the Spearhead (interesting!) then on to Beinn Ime. The weather was nothing like so good as you got - rather misty a lot of the time, but still enough clear spells to get some good views of the Cobbler. I rather spoilt my day by leaving my brand new camera on the wooden seat just above Succoth on the way down. I'm still beating myself up over it.