With the footbridges repaired, we decided it was finally time to introduce Moss to one of our favourite walks, the Loch Muick Circuit. This walk has so much to offer -wildlife, swimming for the dogs and all against a stunning backdrop. There was a bit of a distraction at the start with lots of little birds around the feeders, in particular the coal tits which have been a favourite of mine. 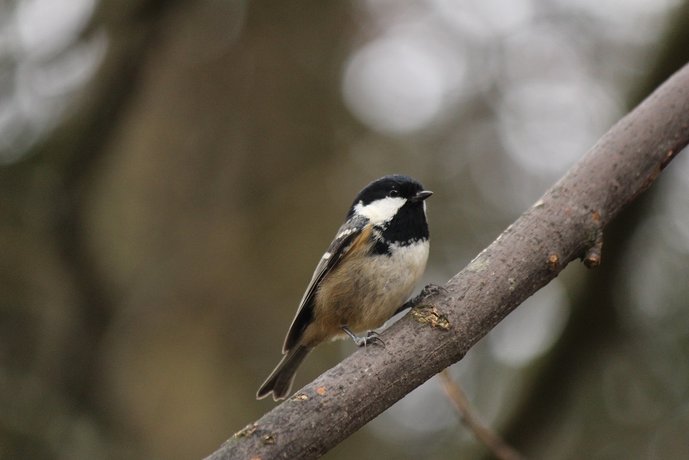 Then it was off following the track. Moss was trying out her new rucksack on a hike for the first time instead of just around the town. There was a bit of fun when she got scared by the poop bag (she doesn't like plastic bags, but we're working on that and she is getting better) and ended up all tangled! Once that was sorted though we could continue on. 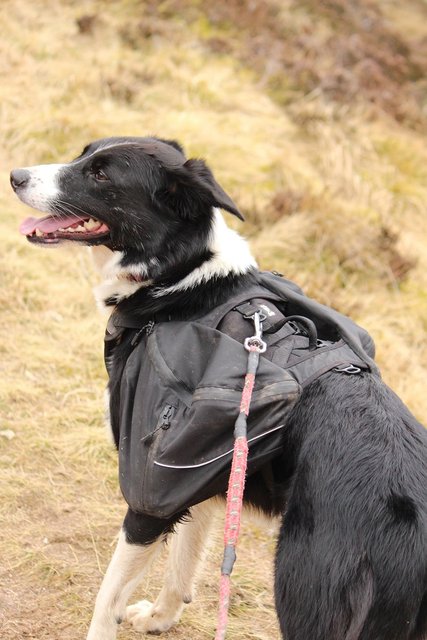 Moss in her rucksack

Unfortunately the sunshine I'd driven through seemed to not reach the loch so we were walking under grey cloud, but this is a place that I always enjoy going to whatever the weather! I'm sure we'll catch the sunshine one day, but for today it was just nice to be going for a walk there again. And it wasn't raining so that was a plus! 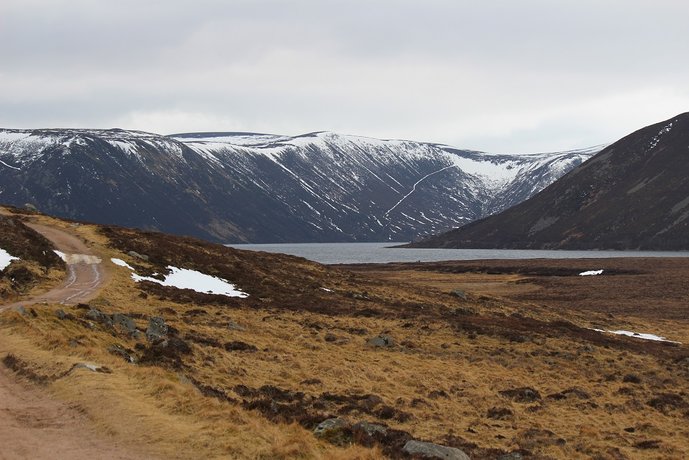 The route I take differs from the WH version, I stayed on the main track to reach the loch and followed the route to the left side of the loch, I just prefer doing the walk this way. The track was damaged in places with some of the burns flowing right across the tracks - good footwear needed for this walk at the moment! Not that it bothered Moss... 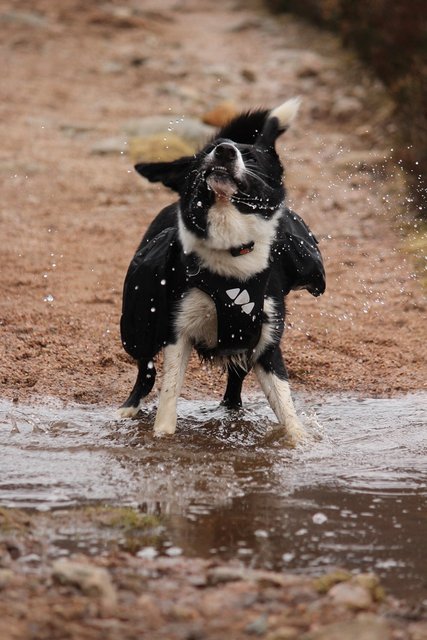 With all the water on the path, it was no surprise to be hearing the Black Burn before we could see it. Wish I'd brought my wide angle lens for a better photo of the full falls. 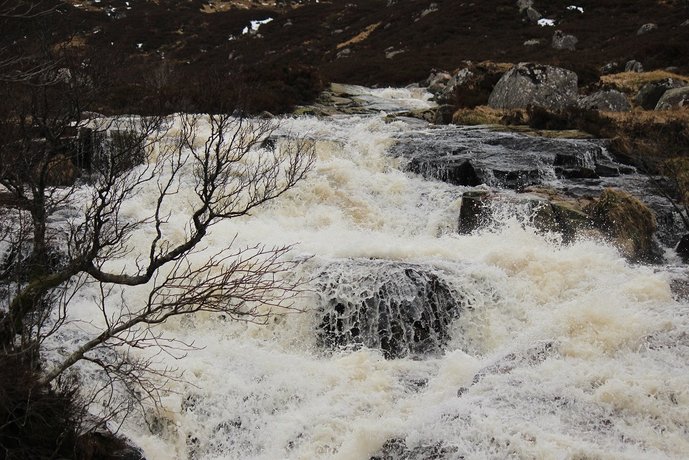 The path narrows at this point and becomes more rocky, though it wasn't as badly flooded as I have seen it be. There is a lot of damage along this section, parts of this track were badly eroded before the storm and the storm certainly hasn't improved the situation! Still, we certainly weren't prepared to see this waiting for us around a corner! 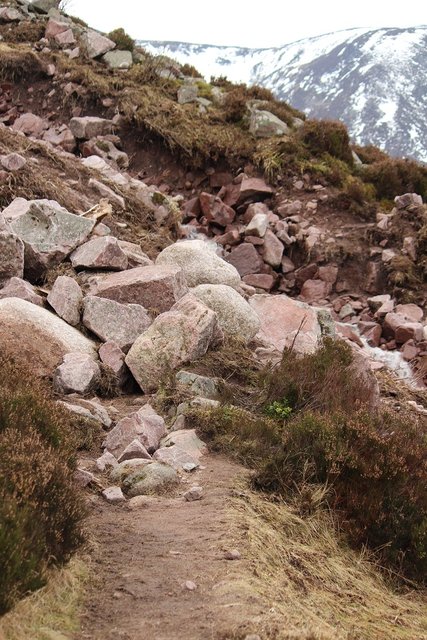 The landslide had wiped out part of the path, but it was easy enough to cross with care once I'd worked out where the other side of the path was. Millie went over no problem and jumped up the other side - where it is likely to just end up getting more difficult with increasing use - but Moss was not so happy, not entirely sure why though but we had a bit of a carry on to get her across the landslide and up the other side so I could clamber up myself. So something to be aware of if planning on doing this route. 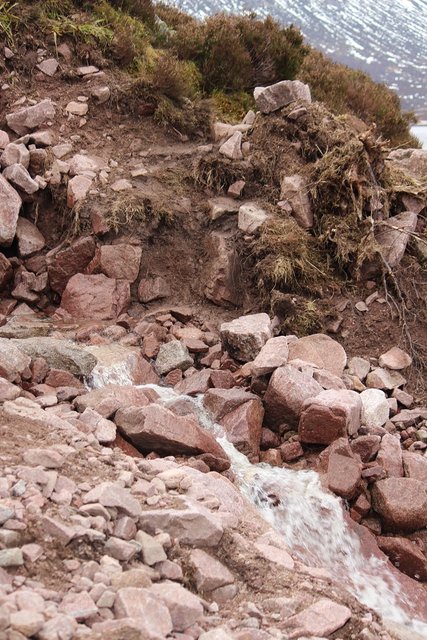 Once over the landslide Millie, who was off-lead, started to speed up the pace a bit. She's all too familiar with this route and knows that at the far end of the loch is a beach - and swimming! Doesn't matter to them that the water is probably freezing they just want to go in! 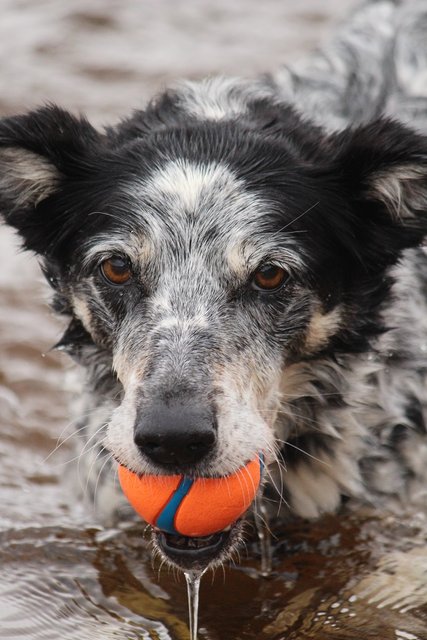 Of course, Moss' rucksack was removed at the beach and as it had been a bit more challenging for her than I expected I put it away in my own backpack so she could spend the rest of the walk without it. She hasn't quite started swimming yet. I managed to get her reaching out a bit further but when the ball required swimming to reach it, she turned around and left it for Millie to fetch! 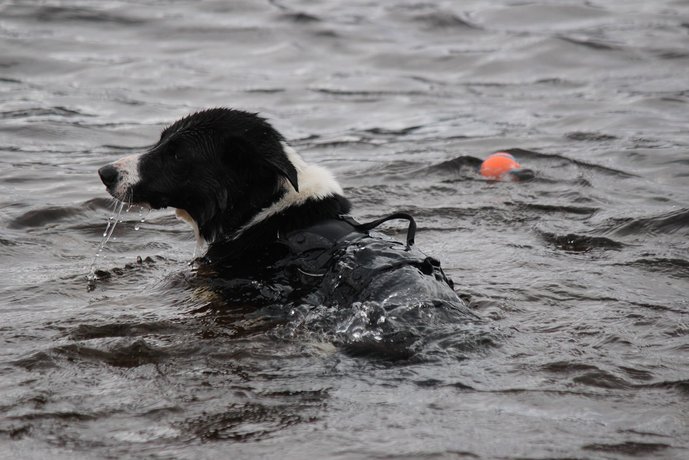 I'll get her swimming eventually though! Especially now the weather is getting better. A lot of time was spent by the water but we eventually made it to the recently repaired footbridges to continue on our route around the loch. 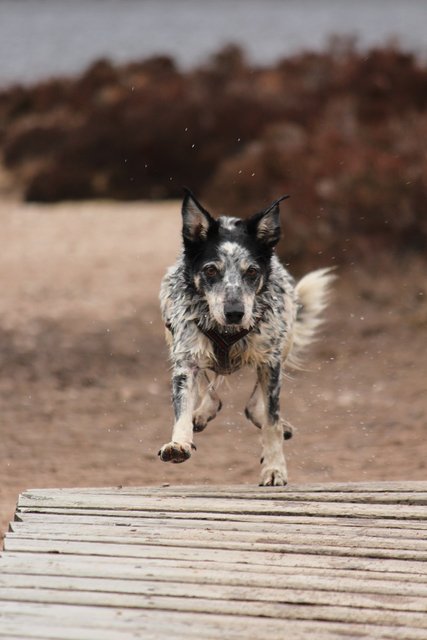 I had been paying so much attention to the dogs playing in the water that I was really shocked when I turned around and saw what had happened to the land behind us. It was almost desert-like with fallen trees, sand, pebbles and boulders strewn across the landscape. Photo does not really show the scale of what happened here, could really have done with my wide-angle lens! 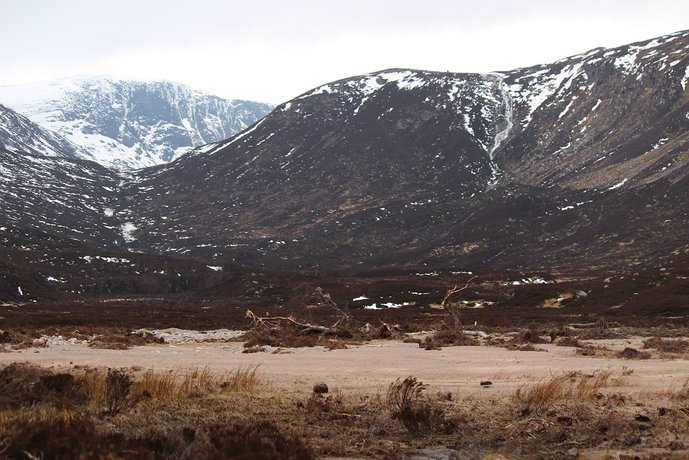 Tearing the dogs away from the water, Moss earned herself some brownie points walking to heel passed some people with their dog sitting having a break. Something we've been having to work on since she has gone from being terrified of people and avoiding them as if they were carrying rabies, to being very sociable with people so now instead of struggling just to get her to not get anxious passing people, I've been struggling to get her to pass people without her going over to say hello! And trying to do so without resurrecting the prior fear of people... 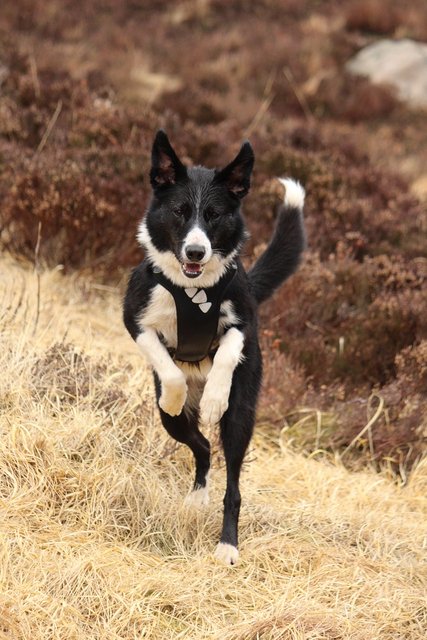 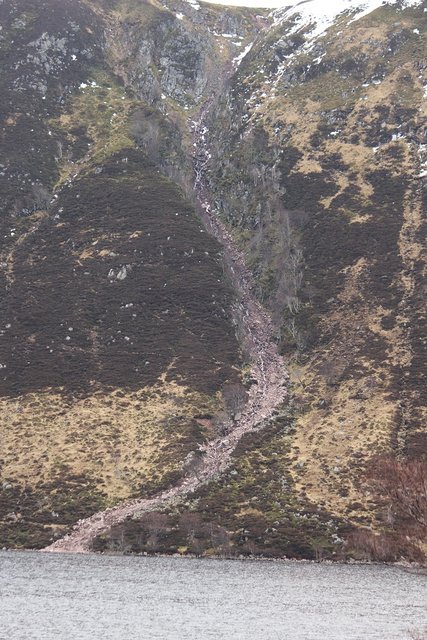 Parts of the main path had also suffered damage from the water with the surface of the road removed in one stretch. It is easy going on this part and the dogs could have a bit of a run around until we started to reach the other end when I was, as per usual, abandoned, as Millie led Moss back down to one of her other swimming spots by the boat house. Everything here seems to revolve around swimming, so they got another swim/wade in the loch before we continued on around the loch back to the main path. 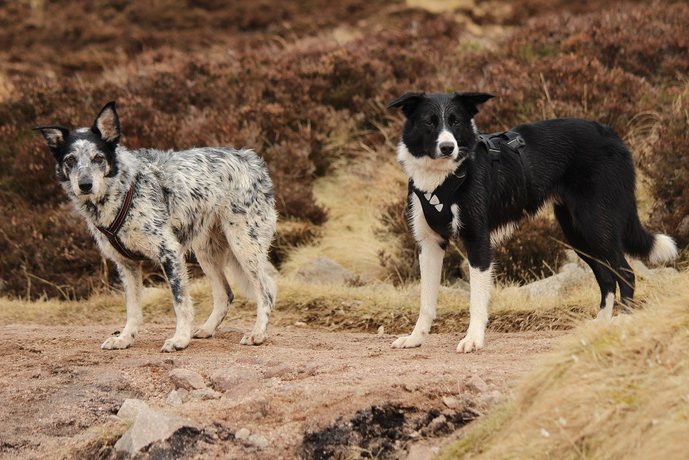 On the last leg of the walk, I spotted the red deer stags in the fields below still sporting their antlers. I was starting to think I wasn't going to see them this time! 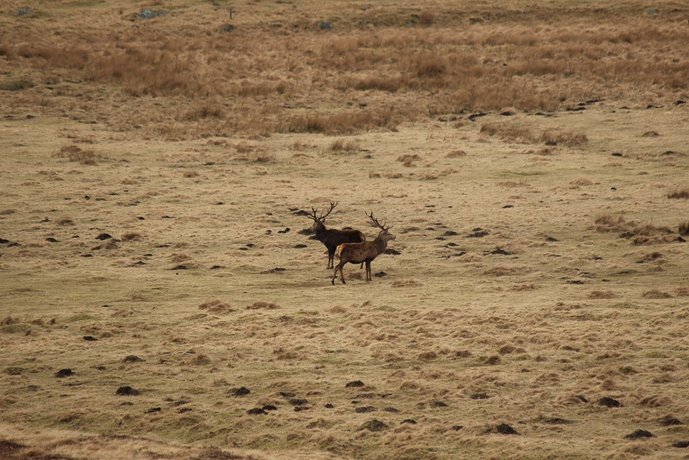 And there was a final stop off at the bird feeders to watch the little birds again before heading back to the car. 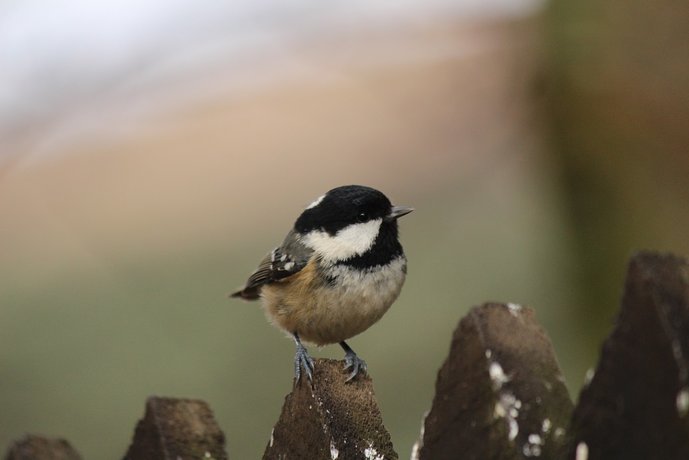 Re: Loch Muick Circuit - footbridges back, landslide on path

Great pictures of the dogs