Hopegill Head.gpx Open full screen  NB: Walkhighlands is not responsible for the accuracy of gpx files in users posts

So much for my theory that yesterday's excursion to the Uldale Fells was a nice gentle start to the week - everyone woke up exhausted and demanding a rest day, so I was left to walk alone. A perfect opportunity for a one-way ridge walk. The weather was forecast to deteriorate in the afternoon so I set off as early as I could.

We drove from Braithwaite over Whinlatter Pass and round to Lanthwaite Green, at the top of Crummock Water. Lorraine then drove back to Braithwaite (via Newlands Valley and the shops in Keswick), and I set off to walk back via Whiteside, Hopegill Head and Grisedale Pike. 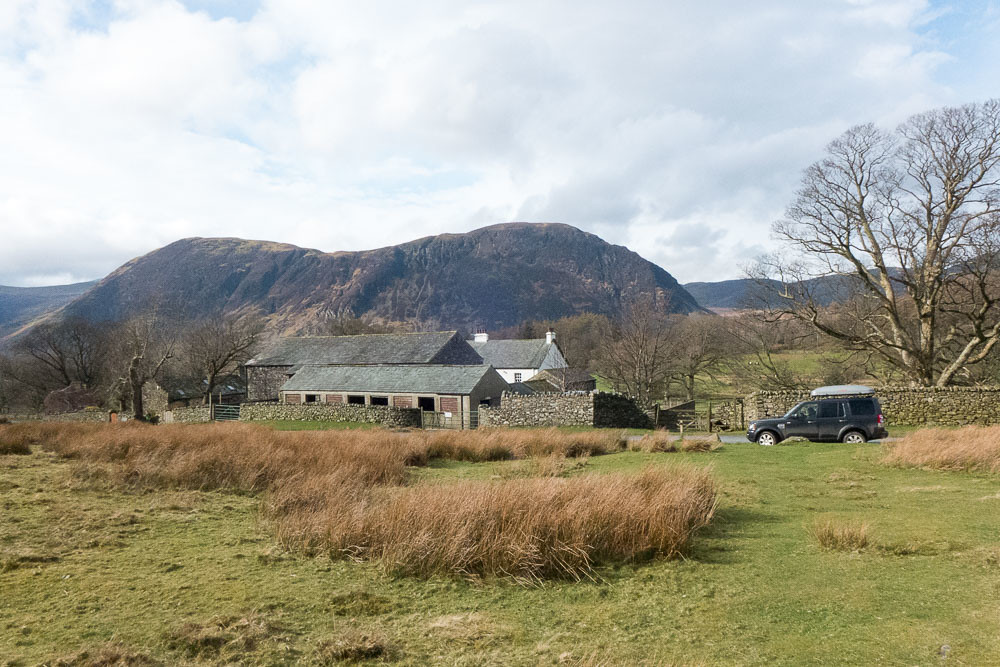 Whiteside didn't appear to have any easy ascents from this direction, but Wainwright claimed that Whin Ben provided a good ascent. 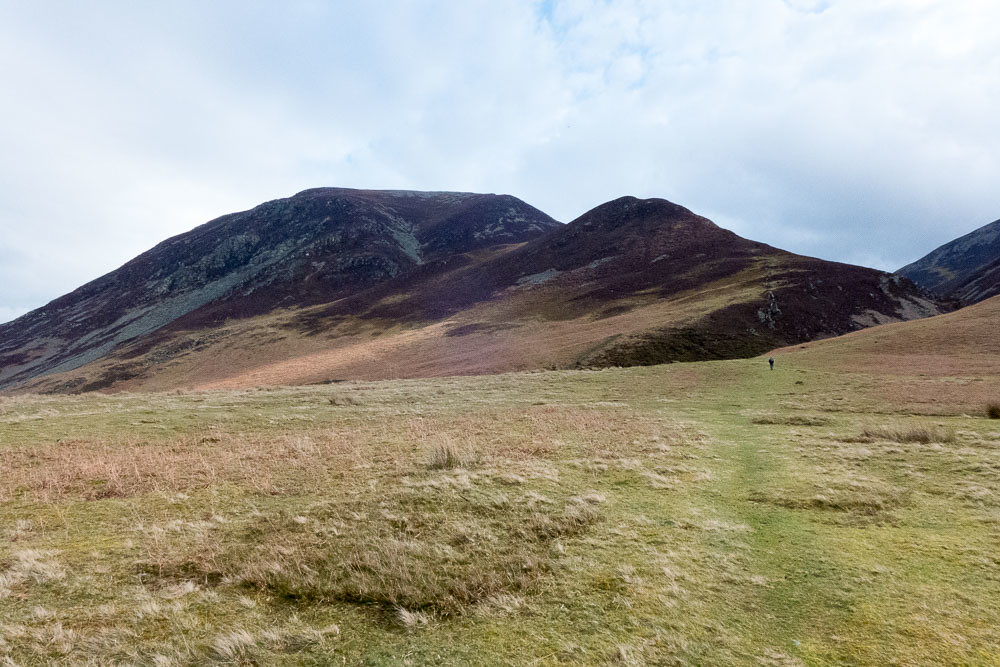 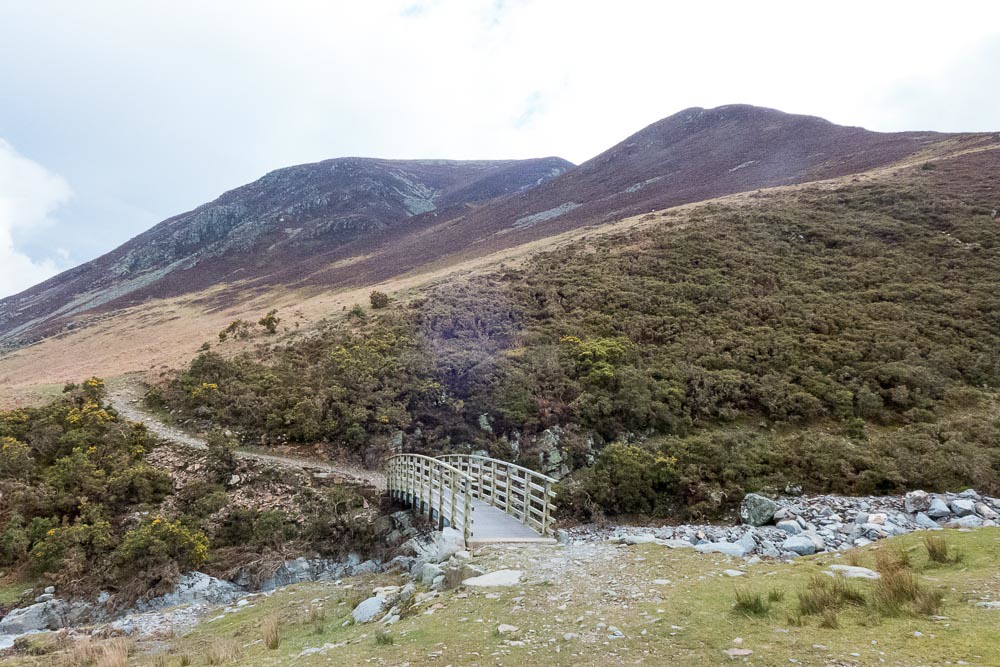 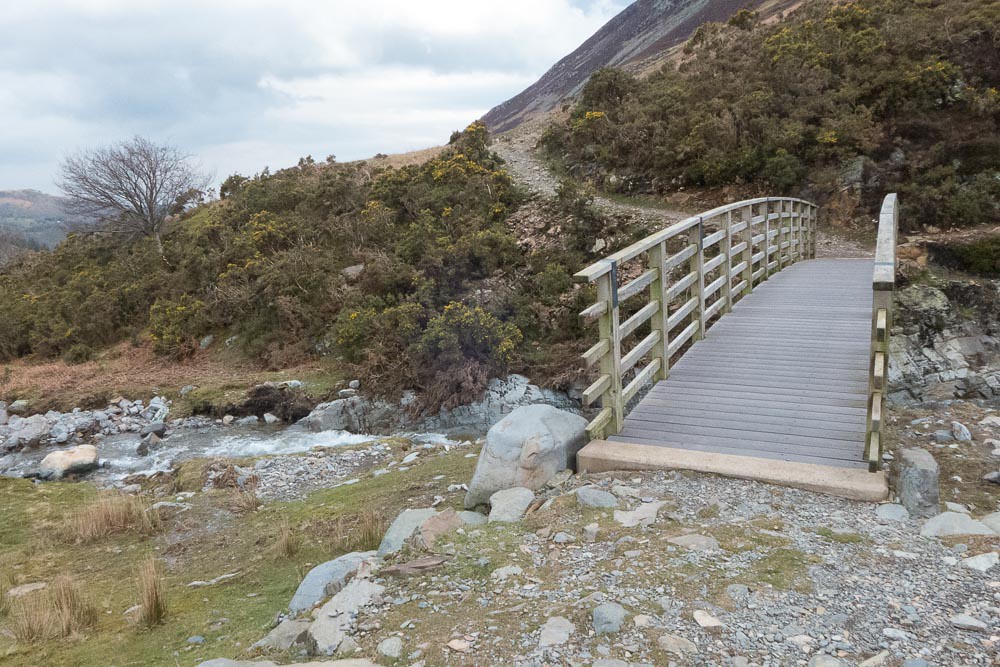 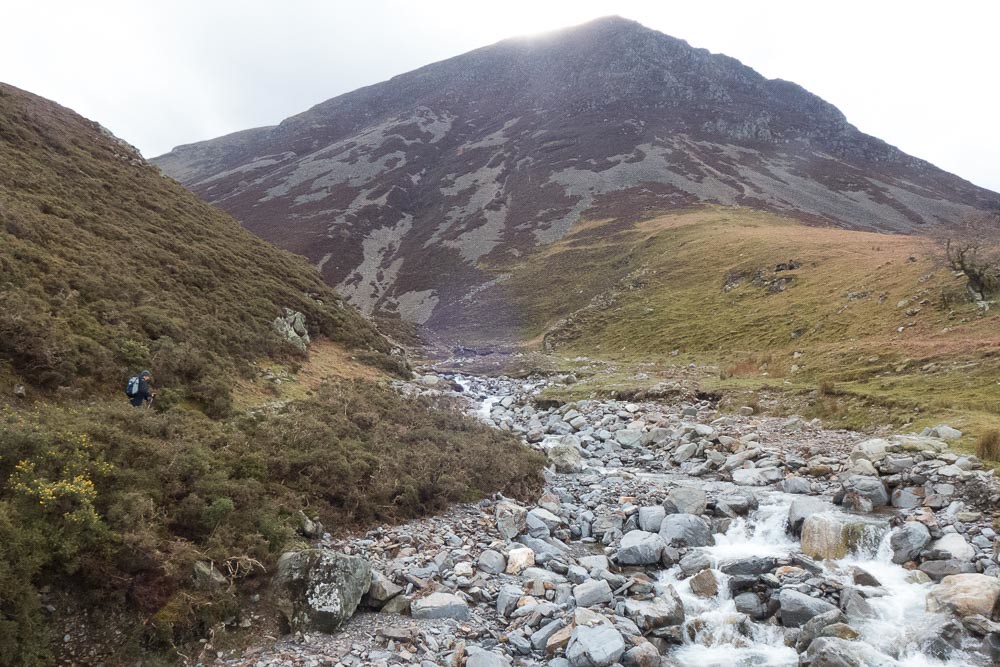 View from the Bridge

Progress up to Whin Ben was slow but steady. 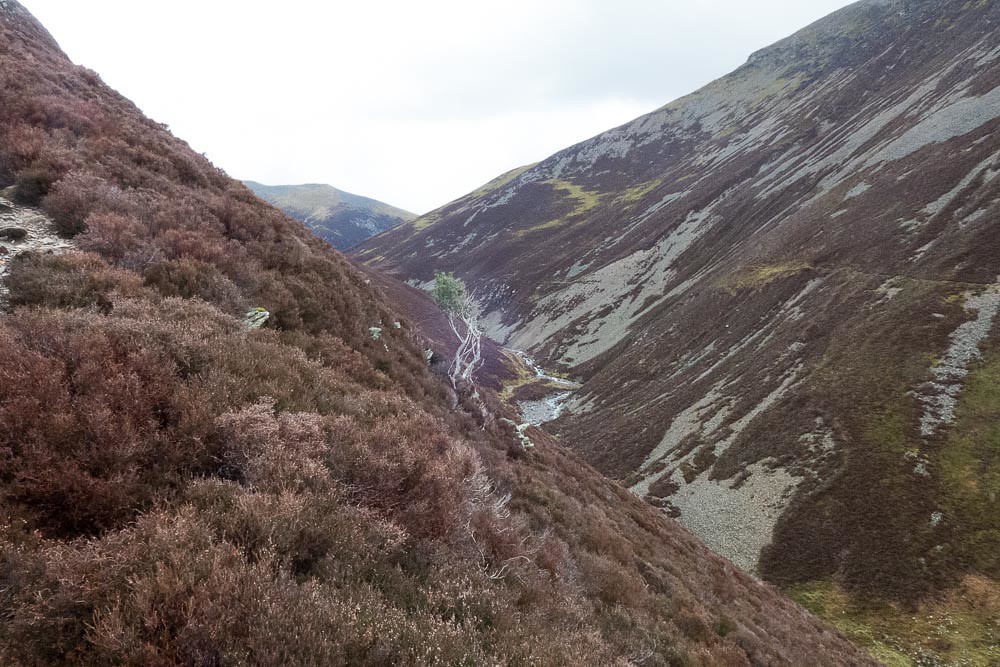 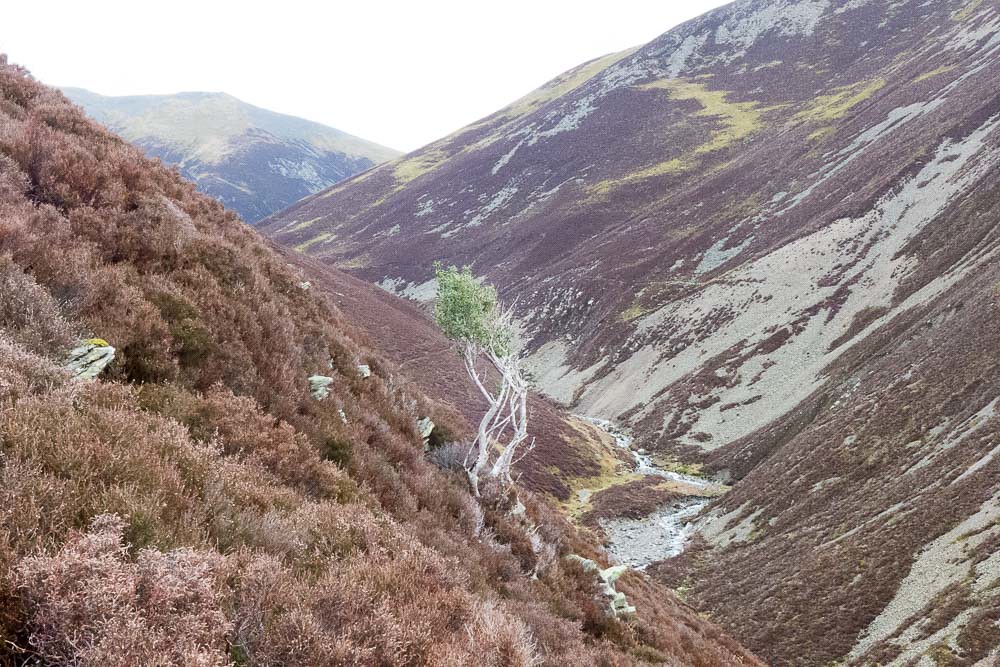 One point on the ascent involved a slightly exposed scramble, and I was glad I had not brought the dogs. I suspect there may have been an easier route a little to the left... 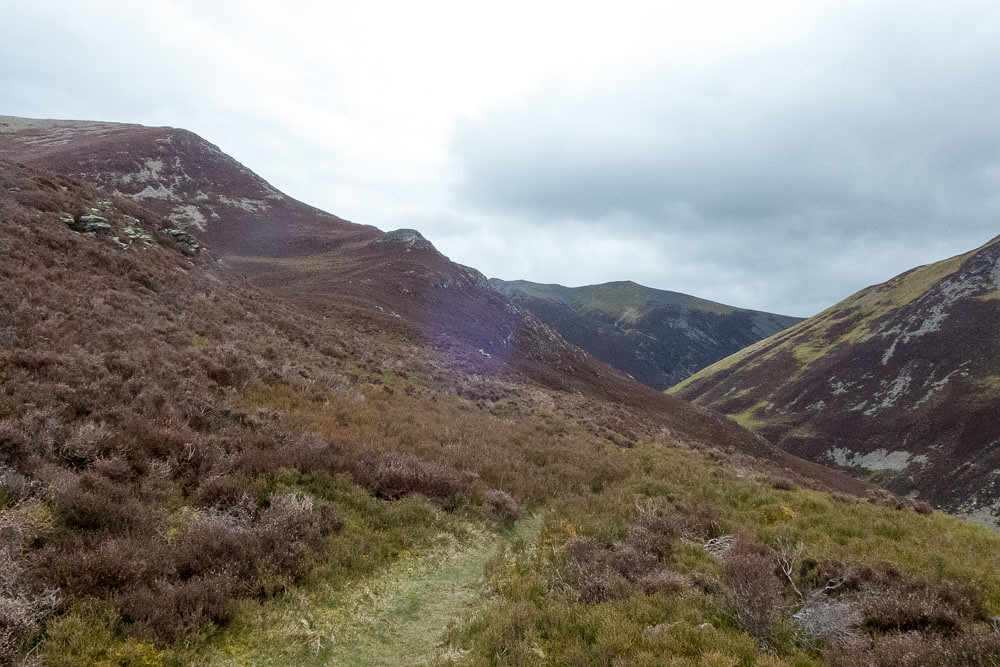 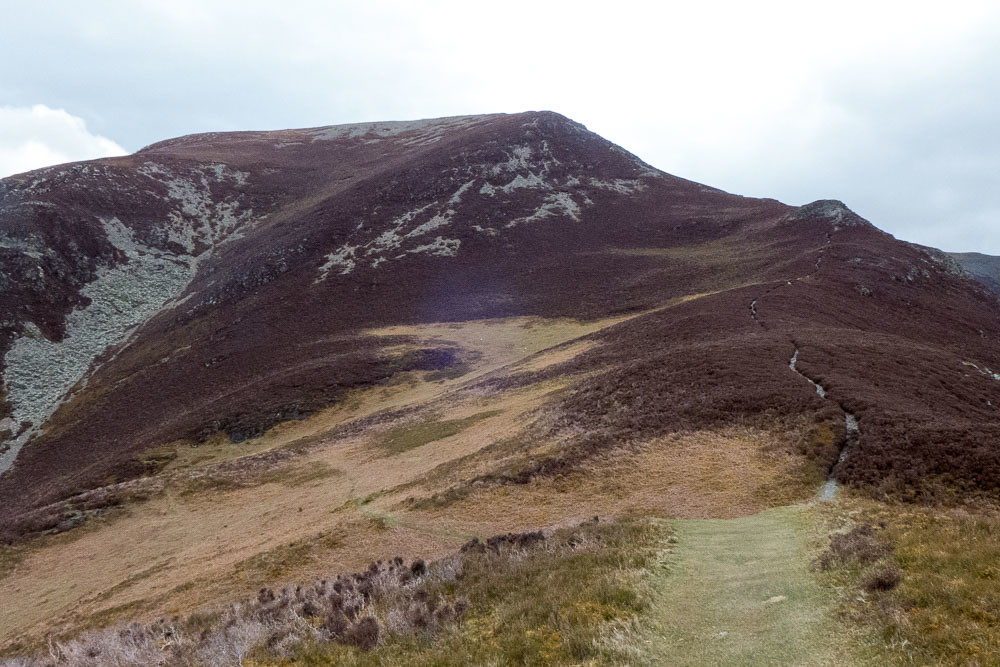 The ascent to Whiteside 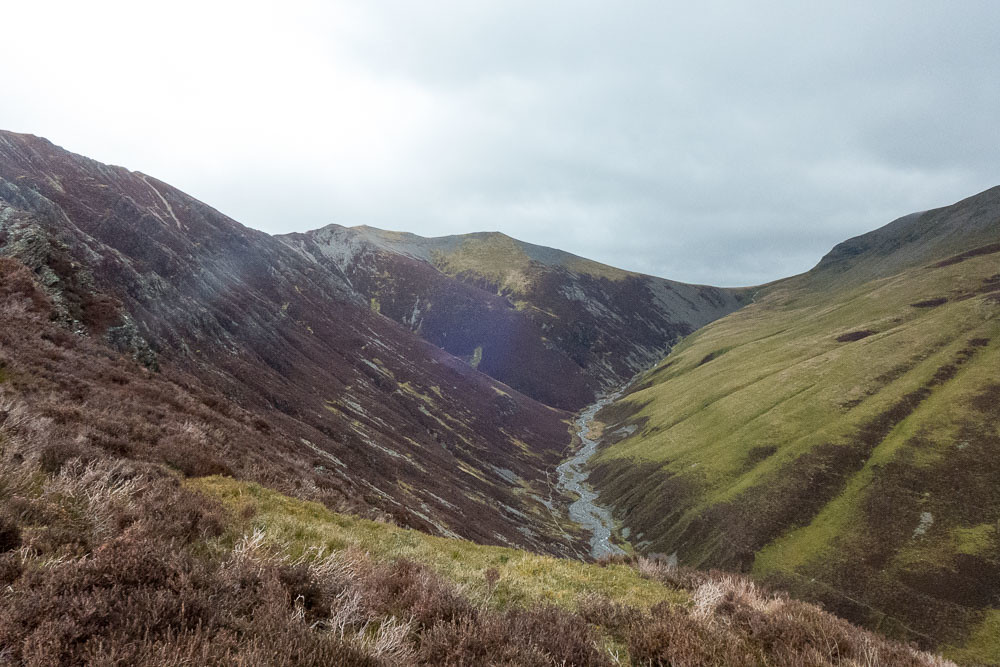 Above Whin Ben it started to get very windy - difficult to stand at some points, especially as I approached the summit of Whiteside itself.

Checking Wainwright for instructions, I saw the description of the ridge to Hopegill Head, and saw the words "exhilarating" and "narrow" and thought "is this going to work in this wind?". I'm not too good with exhilarating narrow ridges these days, even without the wind. But a glance at the map showed there wasn't really much other option unless I wanted to return to Lanthwaite Green and try to hitch home, so I pressed on. 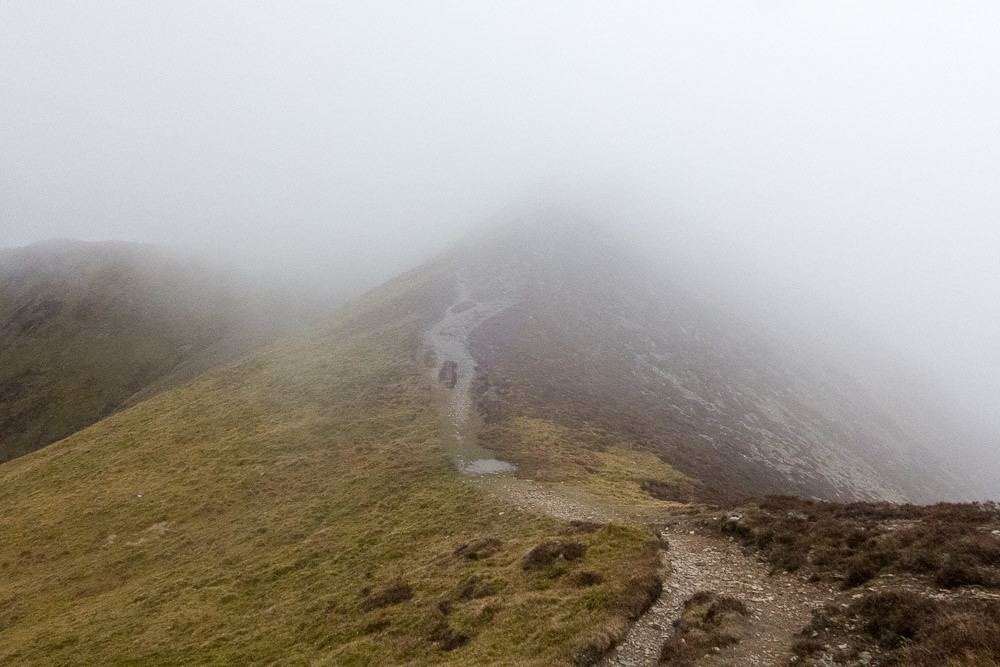 Fortunately the wind dropped to a much calmer level, and the ridge was pleasant enough and not at all as narrow as I had feared, and Hopegill Head was soon reached. 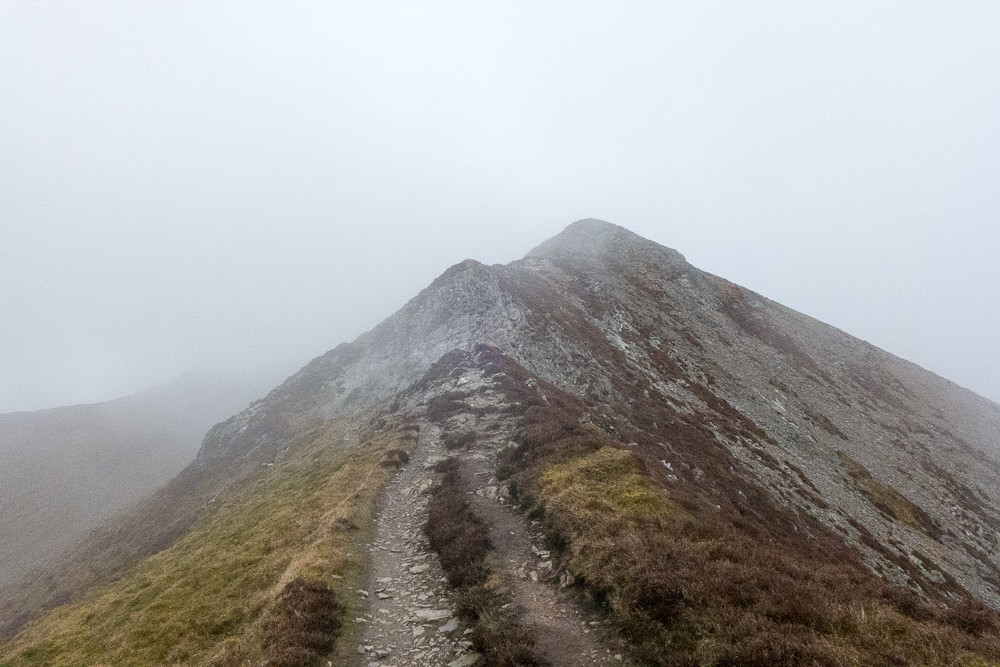 Hopegill Head from the Whiteside ridge 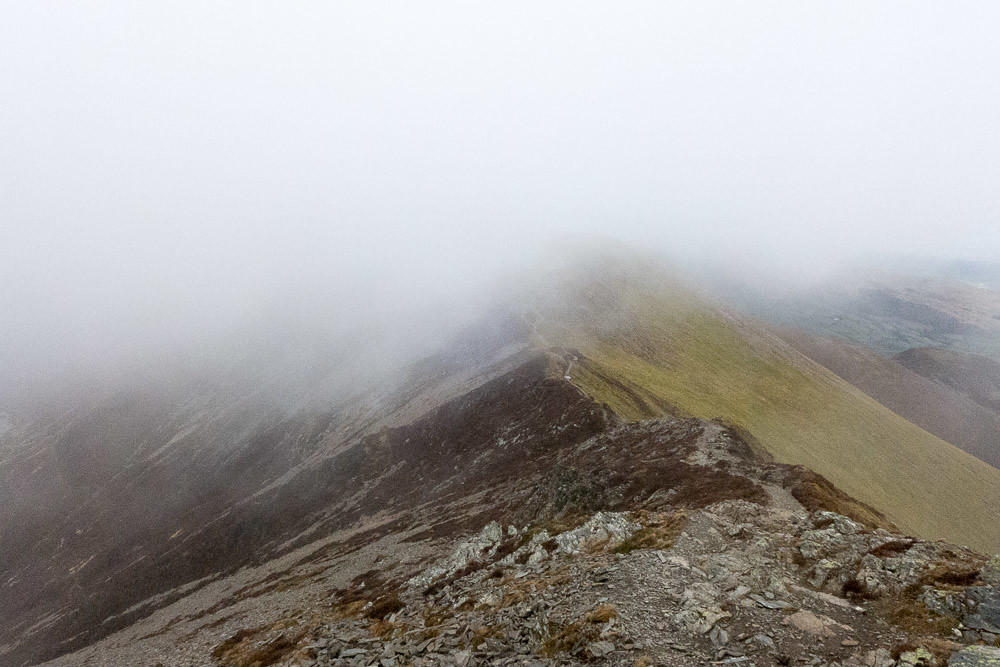 Looking back towards Whiteside 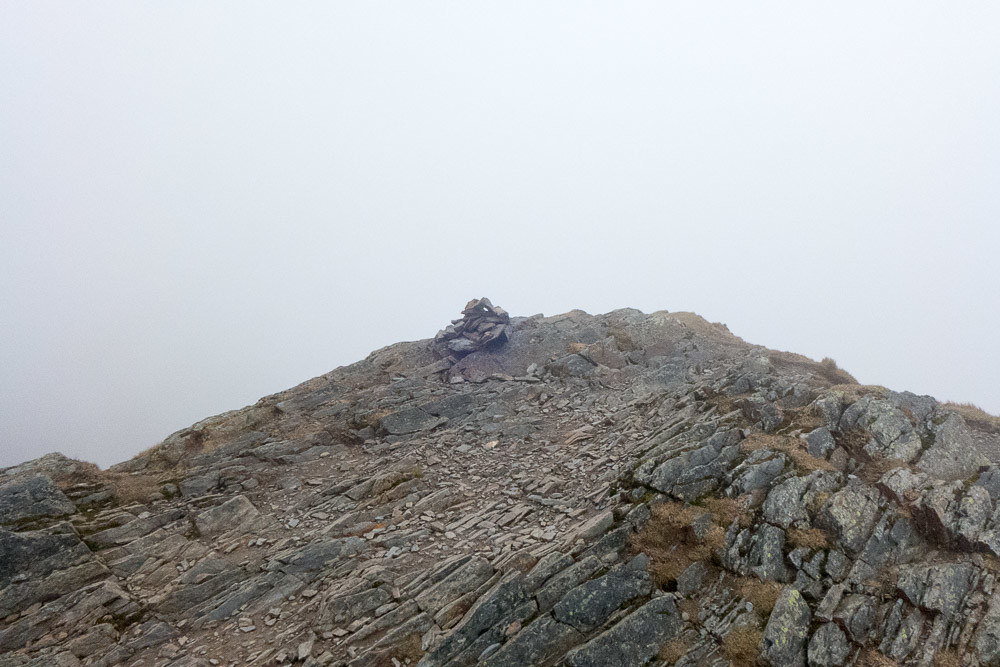 The summit was in the clouds, which probably was a good thing for my vertigo - when I got a view of it looking back from Grisedale Pike it was clear that the summit cairn is very close to the edge of a very large cliff! 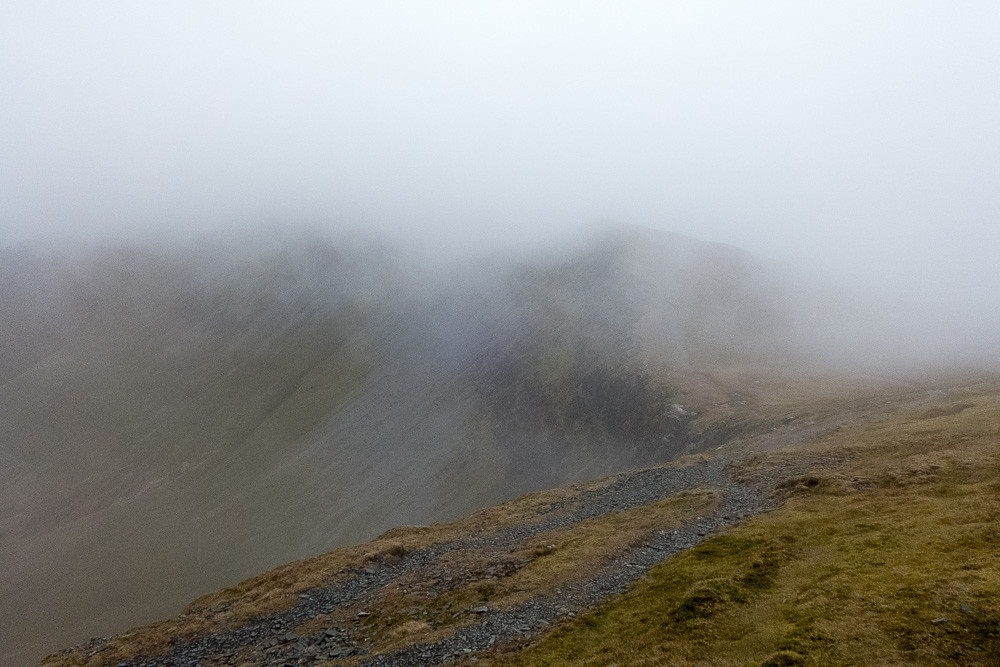 Looking back at Whiteside 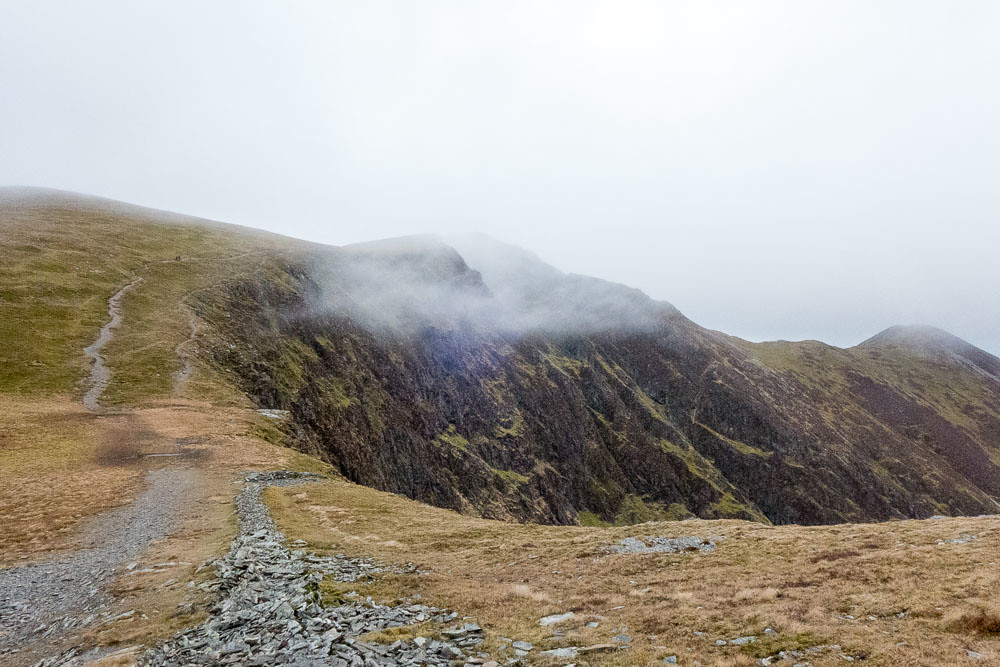 The path to Grisedale Pike from Hopegill Head follows the line of these cliffs - close but not too close, as Wainwright puts it. The cloud cleared from time to time to give glimpses of views.

From the top of Grisedale Pike, the instructions were to find a pair of fence posts that serve as a marker for the start of the path down to Sleet How. 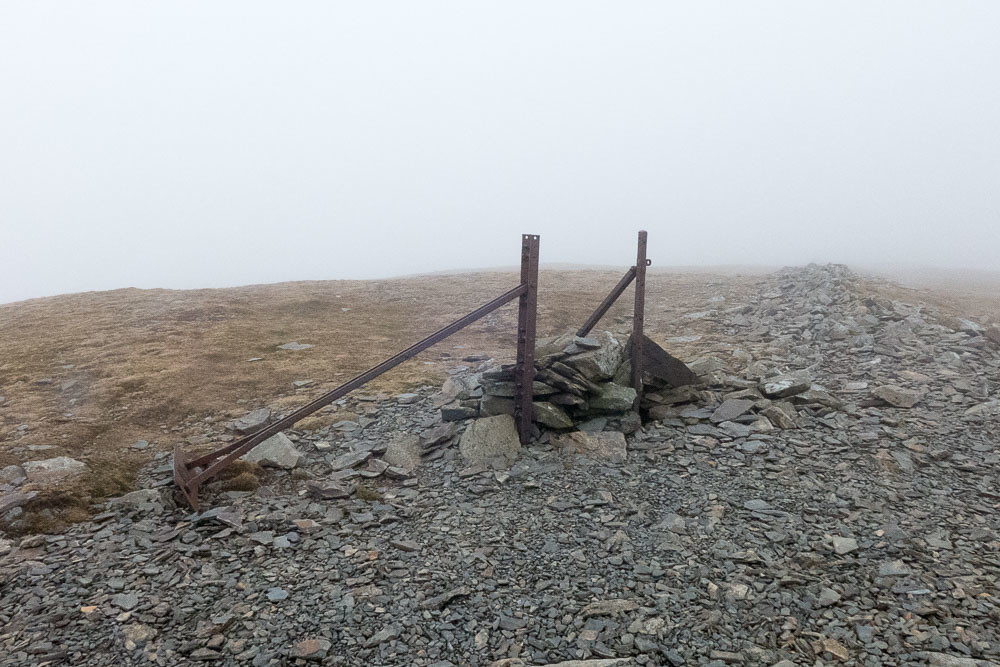 Quite a steep descent to Sleet How - I was glad I was not coming up, though it wasn;t especially fun to go down either, with the stones quite loose. 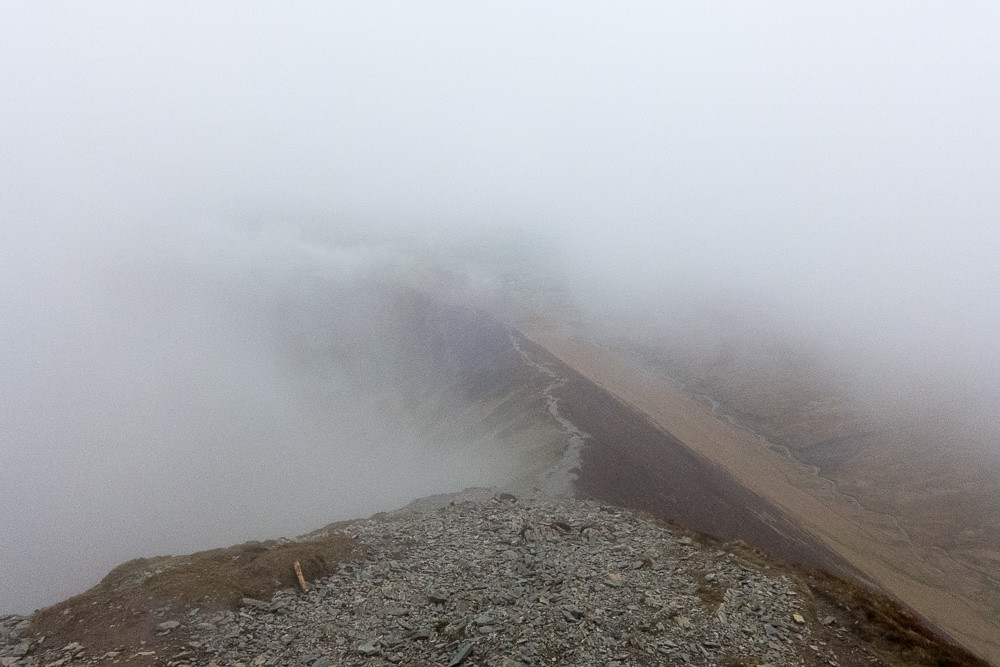 Sleet How from Grisedale Pike 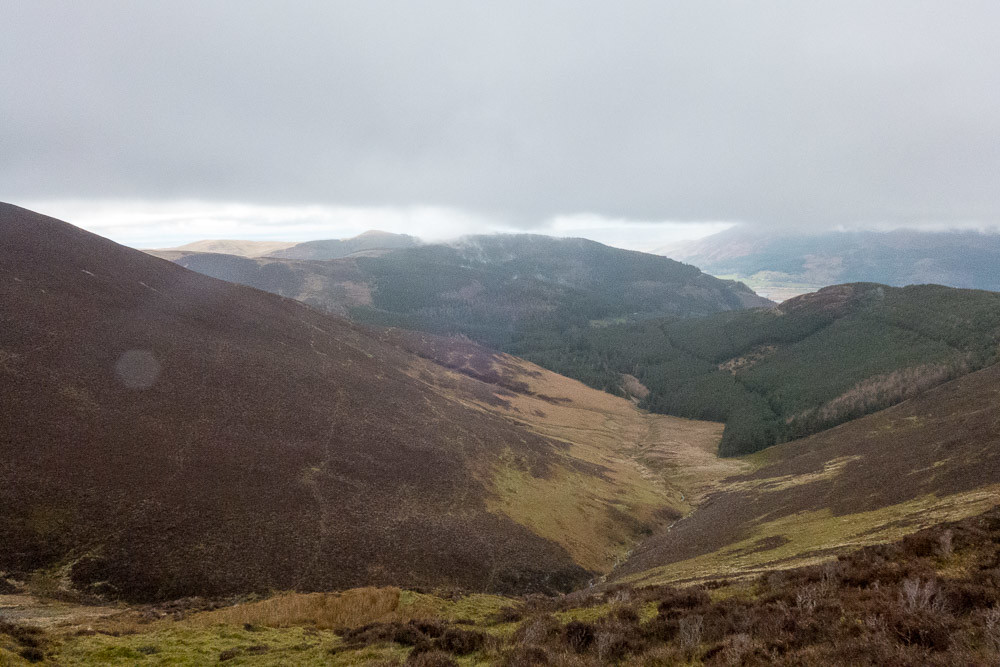 Grisedale from Sleet How

The ridge of Sleet How provided a rest from the descent for a while. 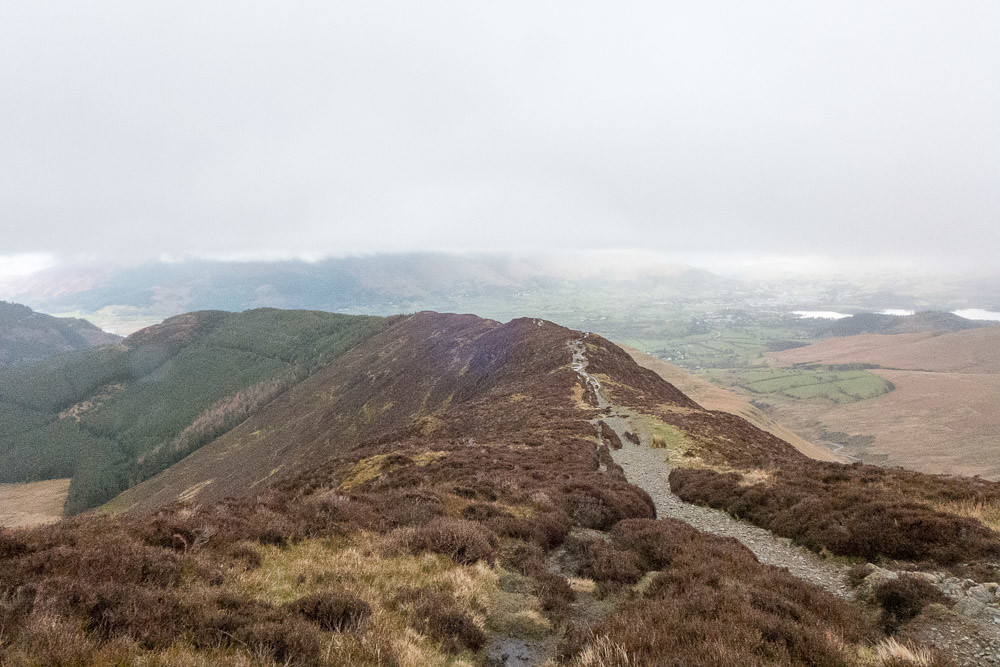 But only for a while - dropping down from the ridge towards Braithwaite was also slippery - this time mud rather than loose stones was the problem. 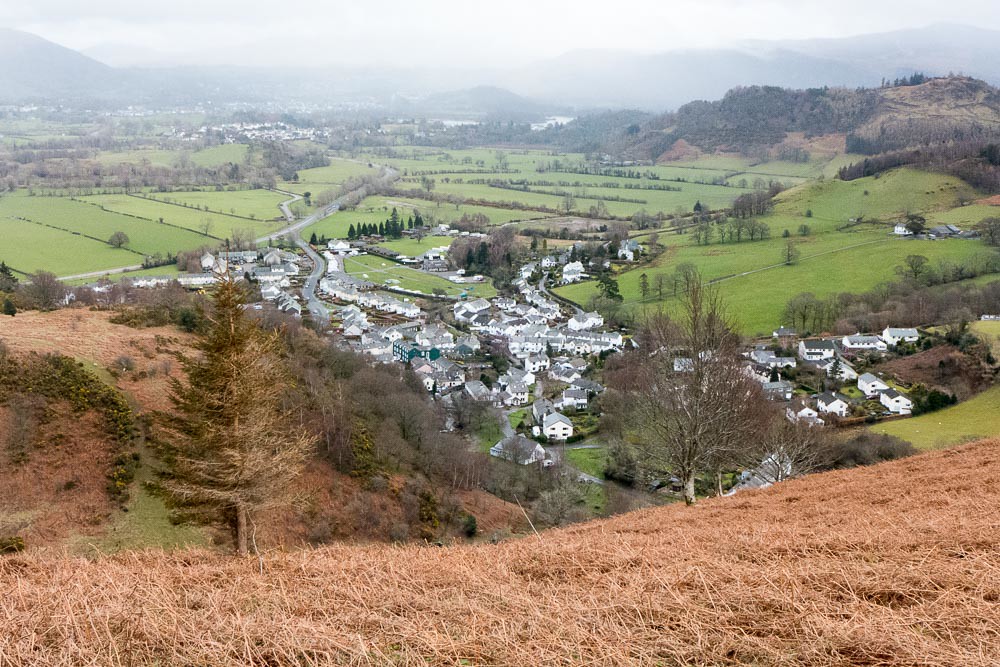 Looking down at Braithwaite

I couldn't quite see our car from here.

Then down to the car park on the Whinlatter Pass road, then along the road a couple of hundred yards back into Braithwaite and home. 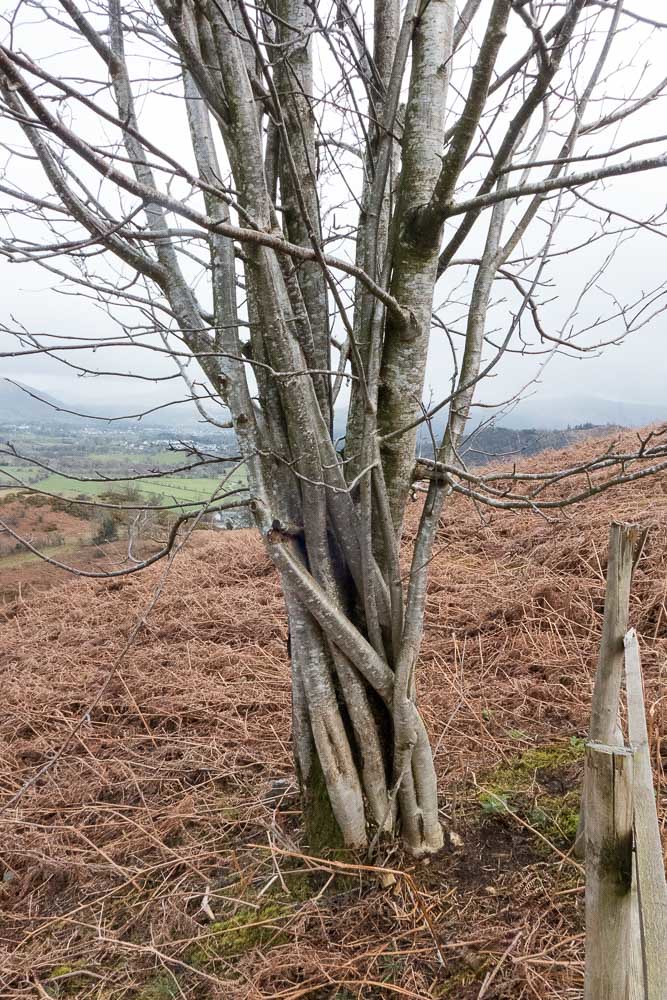 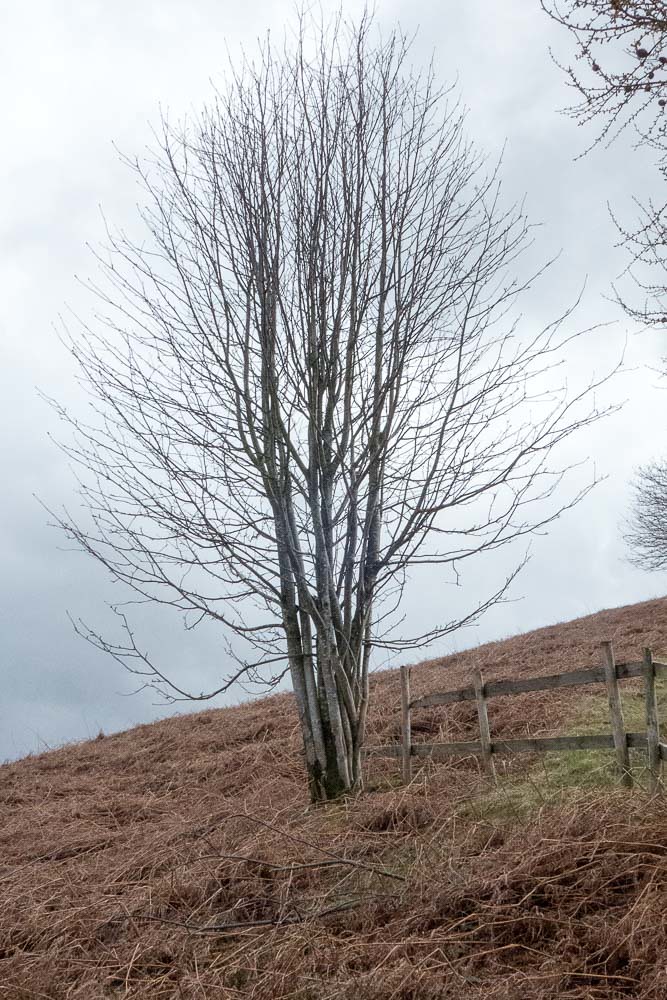 The rain threatened by the weather forecast never appeared. An enjoyable day, shorter and quicker than I expected it to be, and leaving me just one short of completing the North-Western Fells. Maybe I'll climb Castle Crag later this week...

Bit of a slog up Whiteside but well worth it for such a fine ridge walk. Nice one.

Another cracker RC, my comment on yesterdays hike about not using up all your energy early in the week seems remarkably prophetic (for some of the group at least