The long road to Morrone and oan and oan

The long road to Morrone and oan and oan


I had absolutely no intention of doing this hill. My plan was to head North, take in a couple of Munros in Glen Derry and then head up to Macduff to perform grandson duties i.e. tell jokes to ailing grandmother and hae a fine pint wi' grandfather. As I drove along the A93, I began to relax and left work and wedding woes behind - the mother of the bride was, as her prerogative, being difficult - who cares about corsages for fuchsia sake? And as the thought came into my mind that I had never had a puncture, I swerved too late, failing to avoid some metallic detritus on the road. I limped into the Spittal of Glenshee and surveyed the damage - as a paid member of the AA, I decided to make the call and was told it would be 1.5 hours - they were on the way. Yes, I could have changed the thing myself but if you saw a previous effort of mine back in '95, you would implore not to do so - the tyre came off and the car plunged into a ditch - faither was nae impressed. One coffee and two purple-rinse busloads later, the AA manny arrived. Tyre change and it was 1200. I had promised granny I'd be up by 1600 - with a space-saver, it was a crawl at 50mph to Macfudd (sic). I enjoyed the pint but was left cursing that another opportunity to bag had bade goodbye. No matter, on day 2 of my trip, I reversed my route with a new pneu and eventually arrived via Pitmedden (hello dad) at Braemar at 1700. At the duck pond, I received a few quacking welcomes and piled up the excellent track and on to the plateau - 5 cairns had been erected - rather odd, almost like some tank traps. Then came the hideous summit paraphernalia, which actually grew on me when I chilled out at the top. Poignant wee hut and sign. Views to Lochnagar, Loch Callater and Glen Derry hills (grrr) were offered up in between sheeting rain. Still beautifully atmospheric and I was the only one around. Up in an hour and down in 30. A much shorter trip compared with the actual getting there but until the next time, sanity was restored. What doesn't kill you... 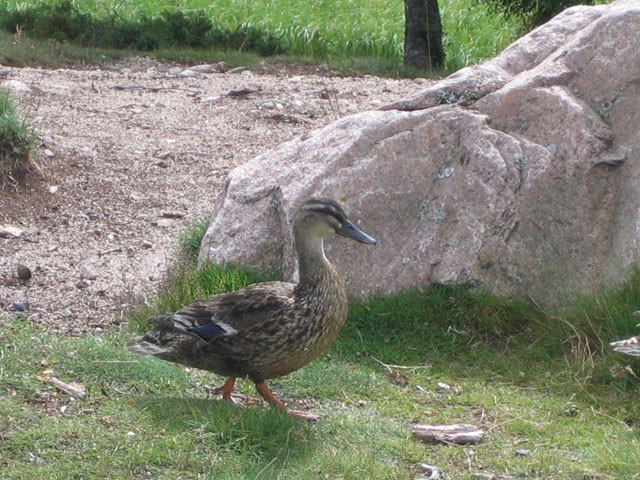 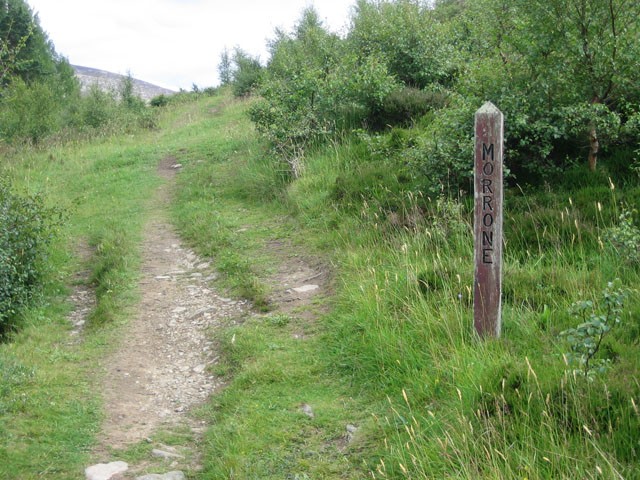 You'd have to be a moron to get lost 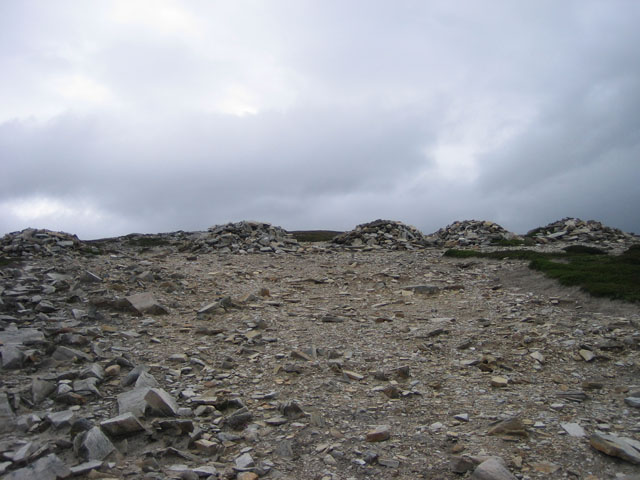 Tank traps at this height? 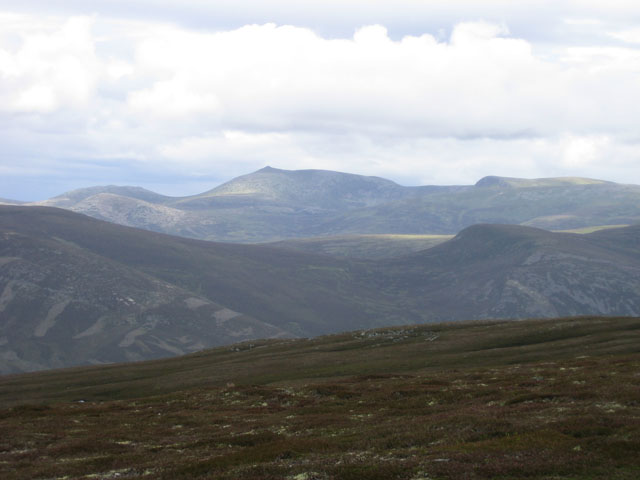 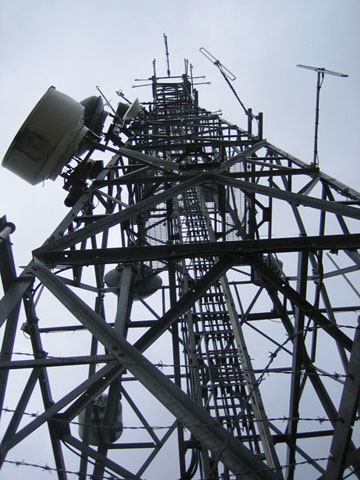 It grew on me. 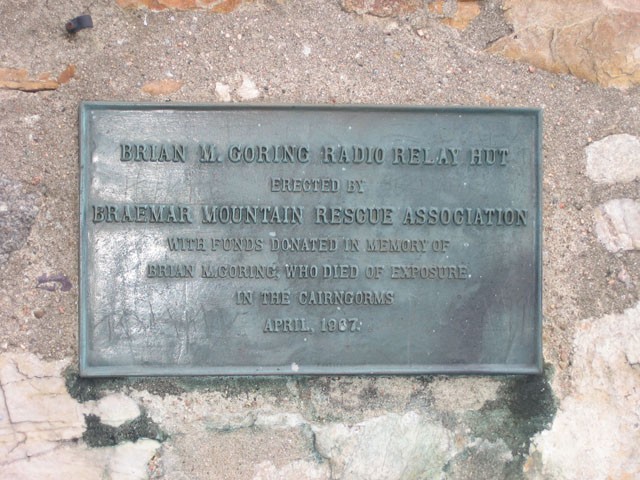 Sounds like a bit of a let-down after what you actually had planned, but at least you got out there. I've been tempted by Morrone on several occasions, but will probably now leave it until I am next on a Bronze Assessment outing in Glen Derry (probably next May) when I will head up the night before and grab it before the main event kicks off the following morning. I plan on doing a circular route though, using the track up from near Auchallater in Glen Clunie, although it does look hellishly steep! Maybe head down that way....

Hi Kev,
Bad luck on the puncture and with the sleeting rain. Strange set of cairns on the top (who on earth builds these things?). Great views over to Lochnagar though and nice modern art mechanical thingy